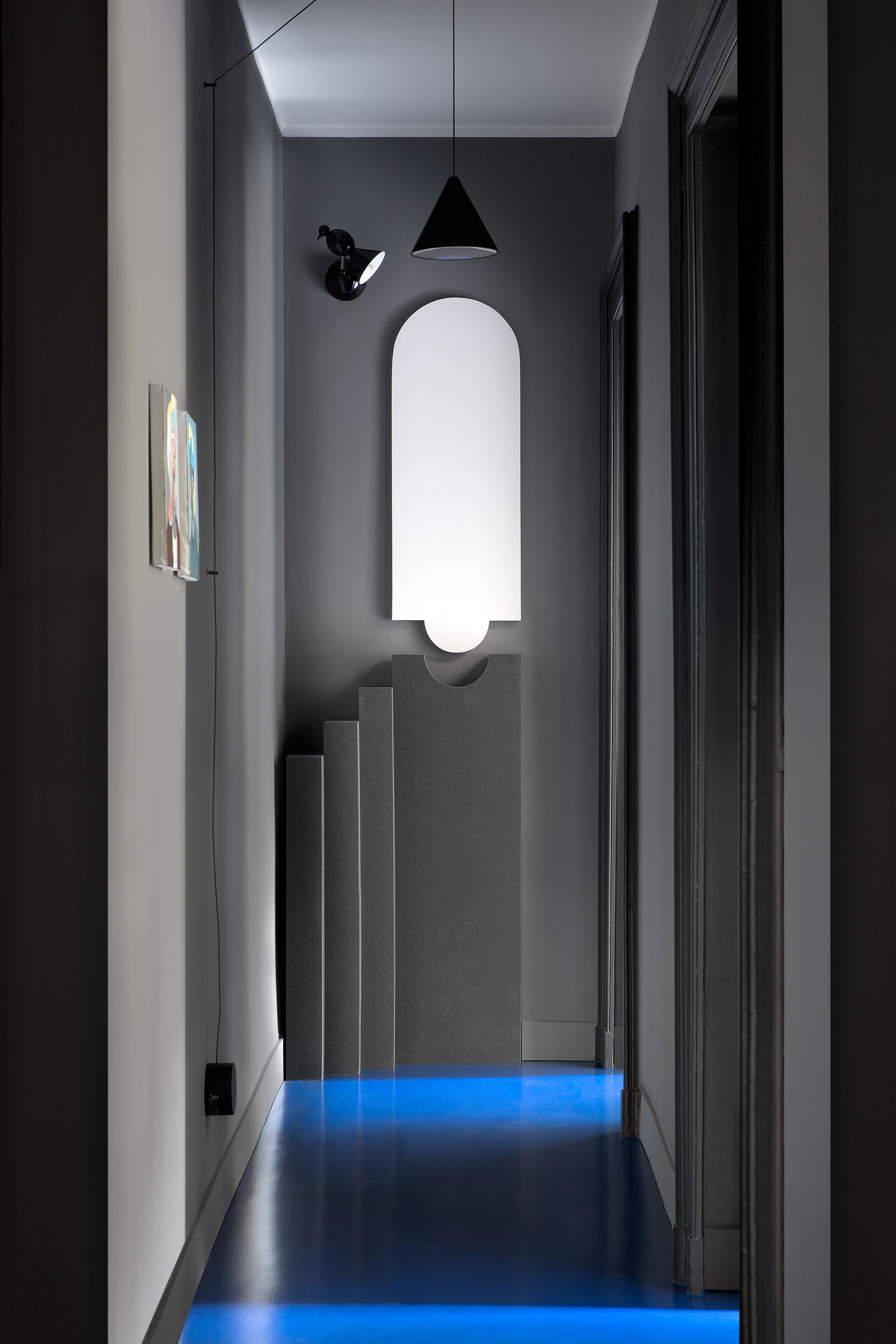 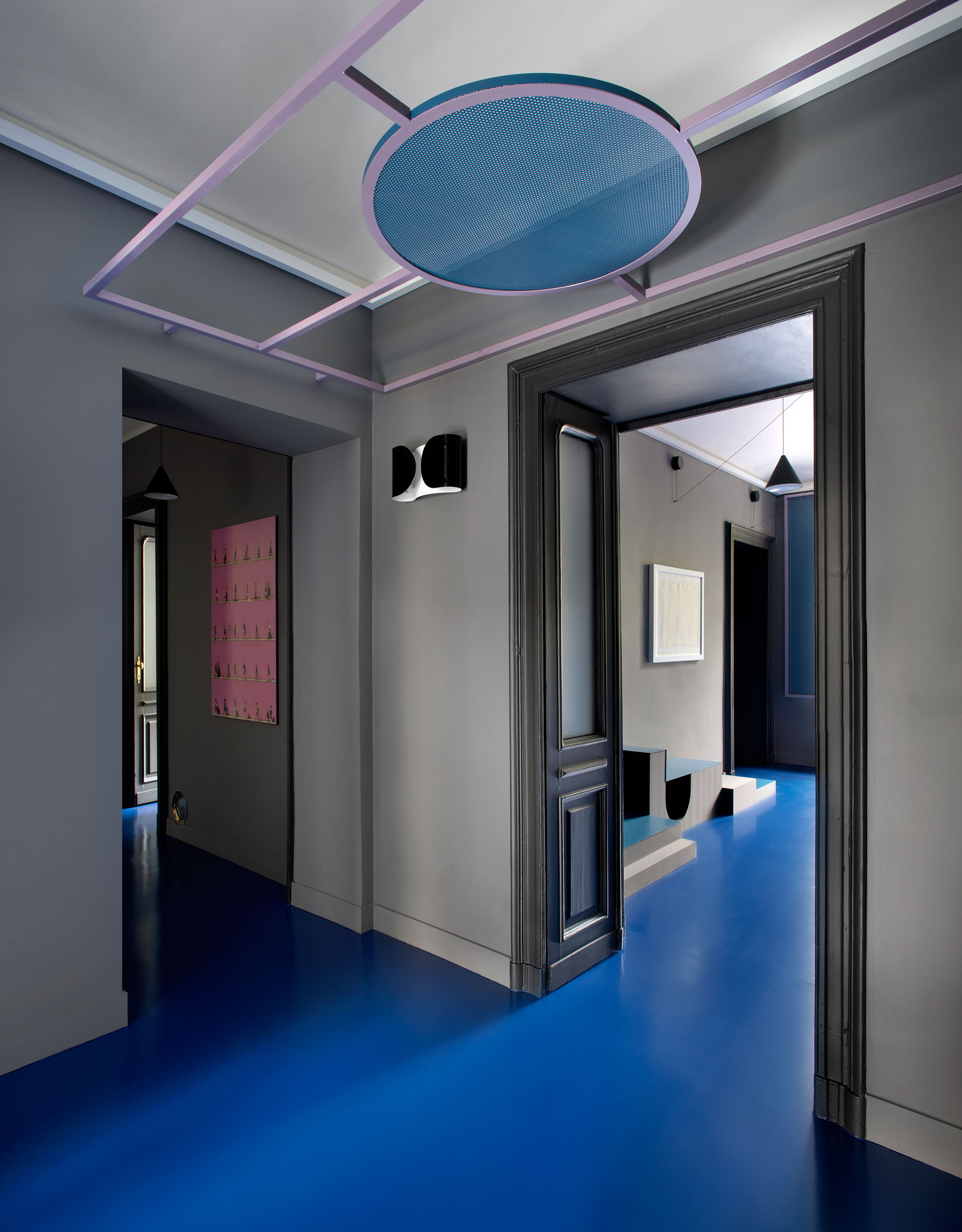 have injected a sense of artful design and daring colour within the office space for Studio Agorà Law Office in , bringing a sense of fun to what is conventionally a serious interior typology. Agorà is an ancient Greek term used to describe the principal square of the polis – the centre of politics, legality, religion, and economics. SCEG adopted the term and have used it to guide their design of a that “reinterprets classicism in the contemporary world.”

Upon entering a law office, one may expect to see whitewashed walls, polite, luxurious and comfortable furnishings, and stacks of dust encrusted books. However, SCEG Architetti ensure that one’s experience within Studio Agorà is entirely unexpected. A wall of colour envelops guests as they arrive. A loud, vibrant hue covers the floor, wraps around furniture, and coats the occasional wall. Paired with an otherwise grey and charcoal scheme, the blue surfaces pulsate with brilliant energy. 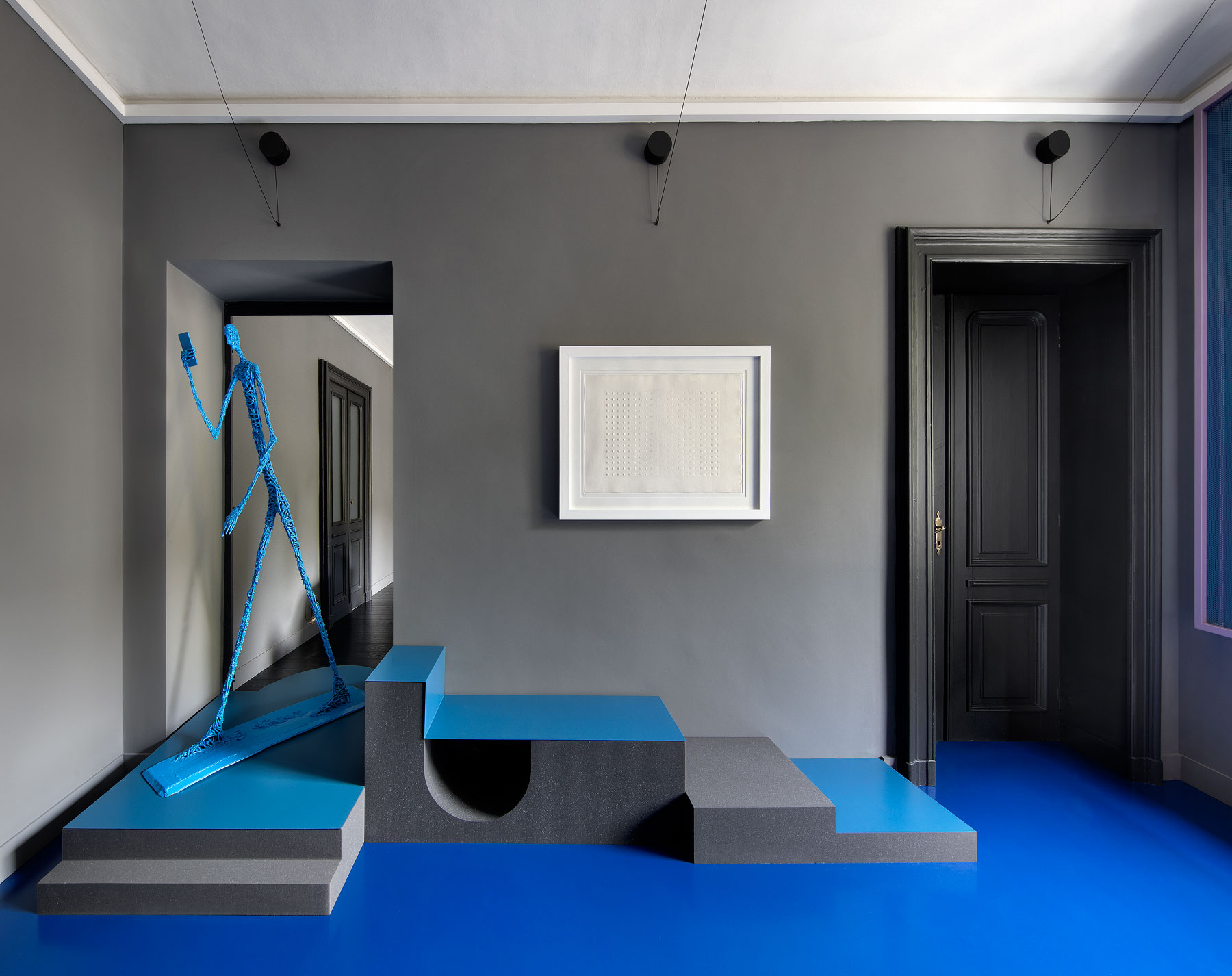 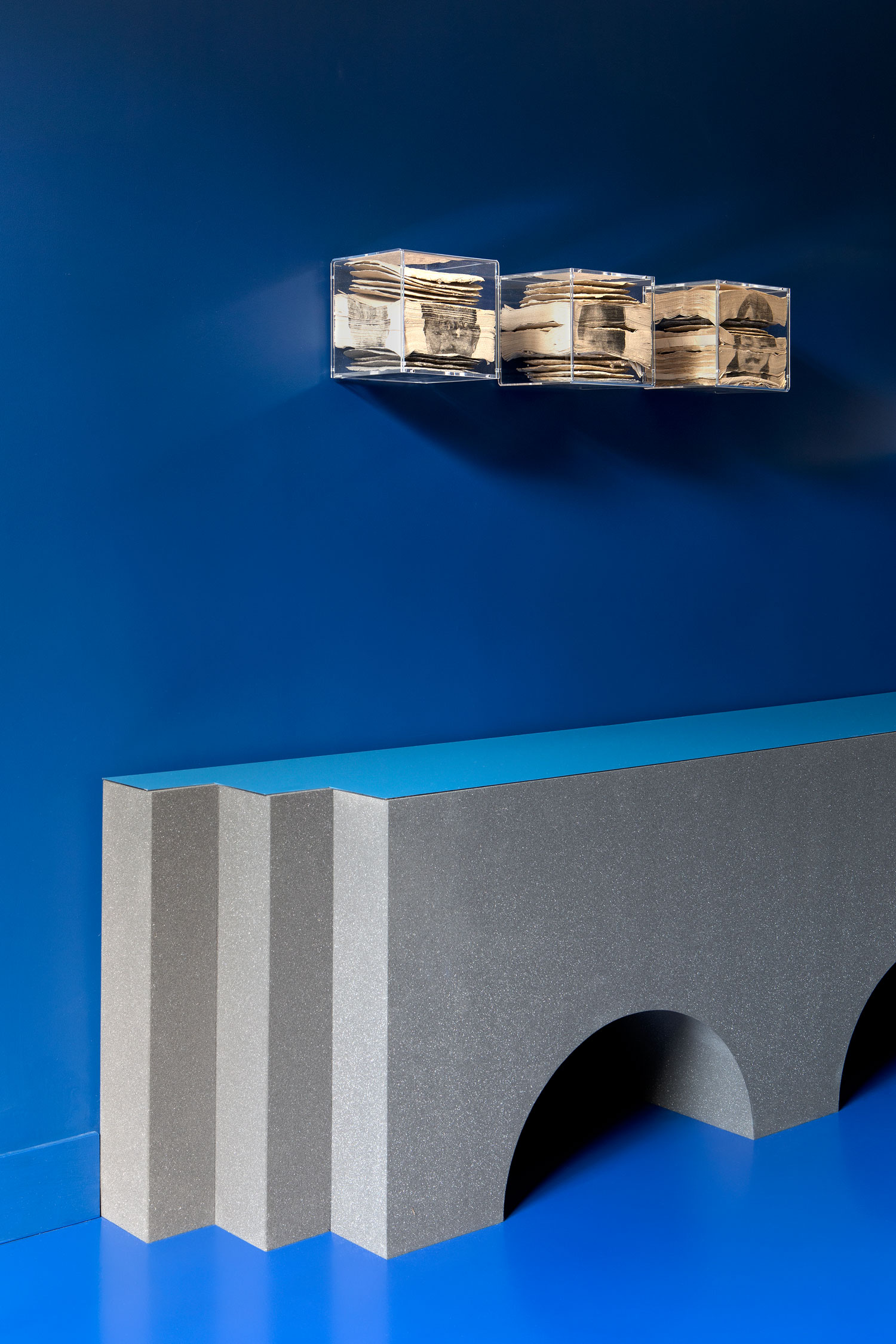 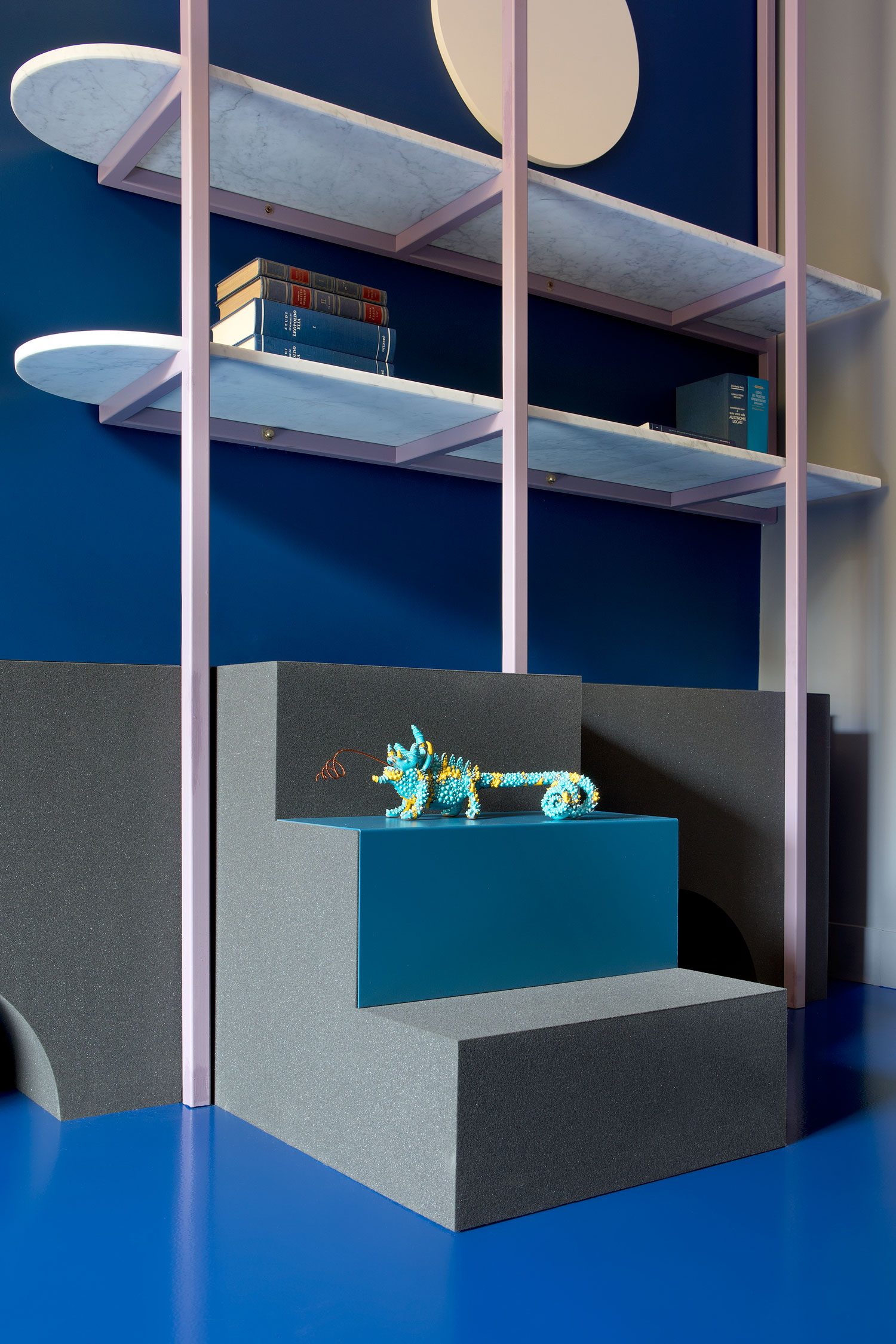 “Colour covers almost the entire space and furniture making it look unreal and unnatural,” express the architects. “This monochromic scheme talks directly with the form, the matter, the light, and the dimension setting up a plastic, fake scape. It creates almost an urban context that seems static and metaphysical. An empty square; traces of an archaic past, an architectural scenario that becomes dreamlike in the eyes of the viewer”.

The becomes a repeated motif throughout the design, a direct reference to classicism. Arches become windows, revealing the activities occurring in adjacent rooms, form the hollows of bench seats, and are cast into metal decorative shelving units. Seating and storage spaces closely resemble children’s playground equipment – another unconventional twist in a serious environment. 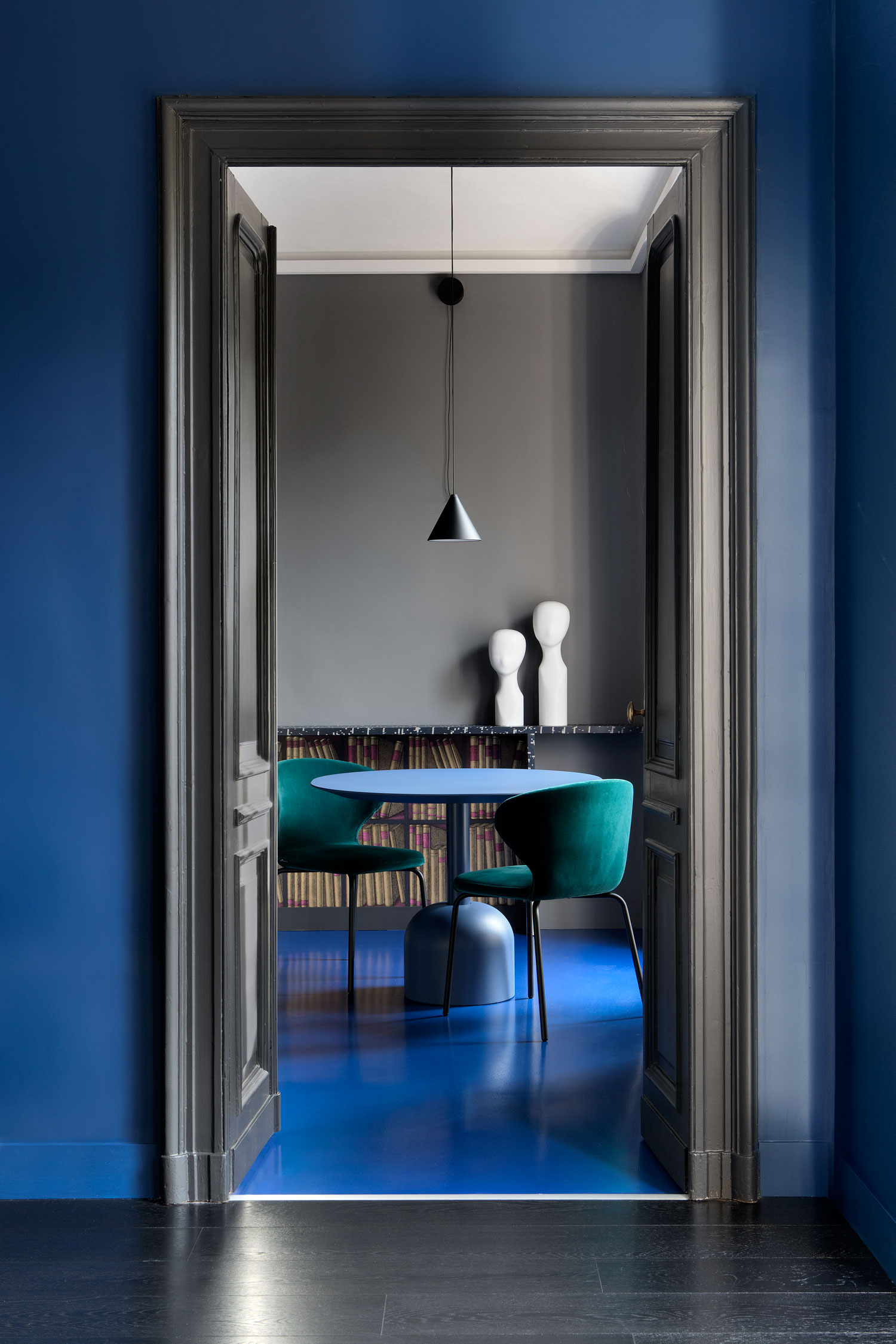 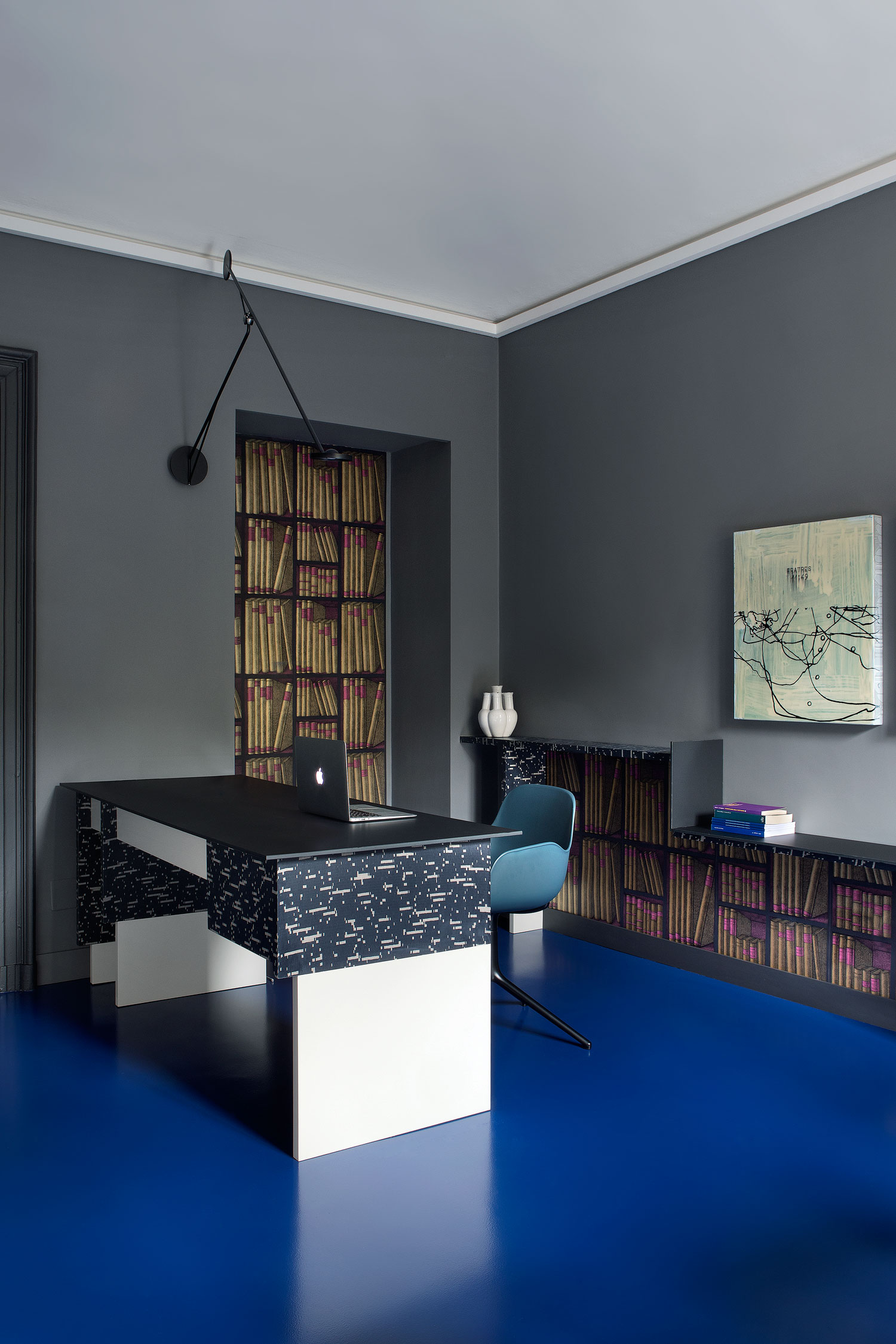 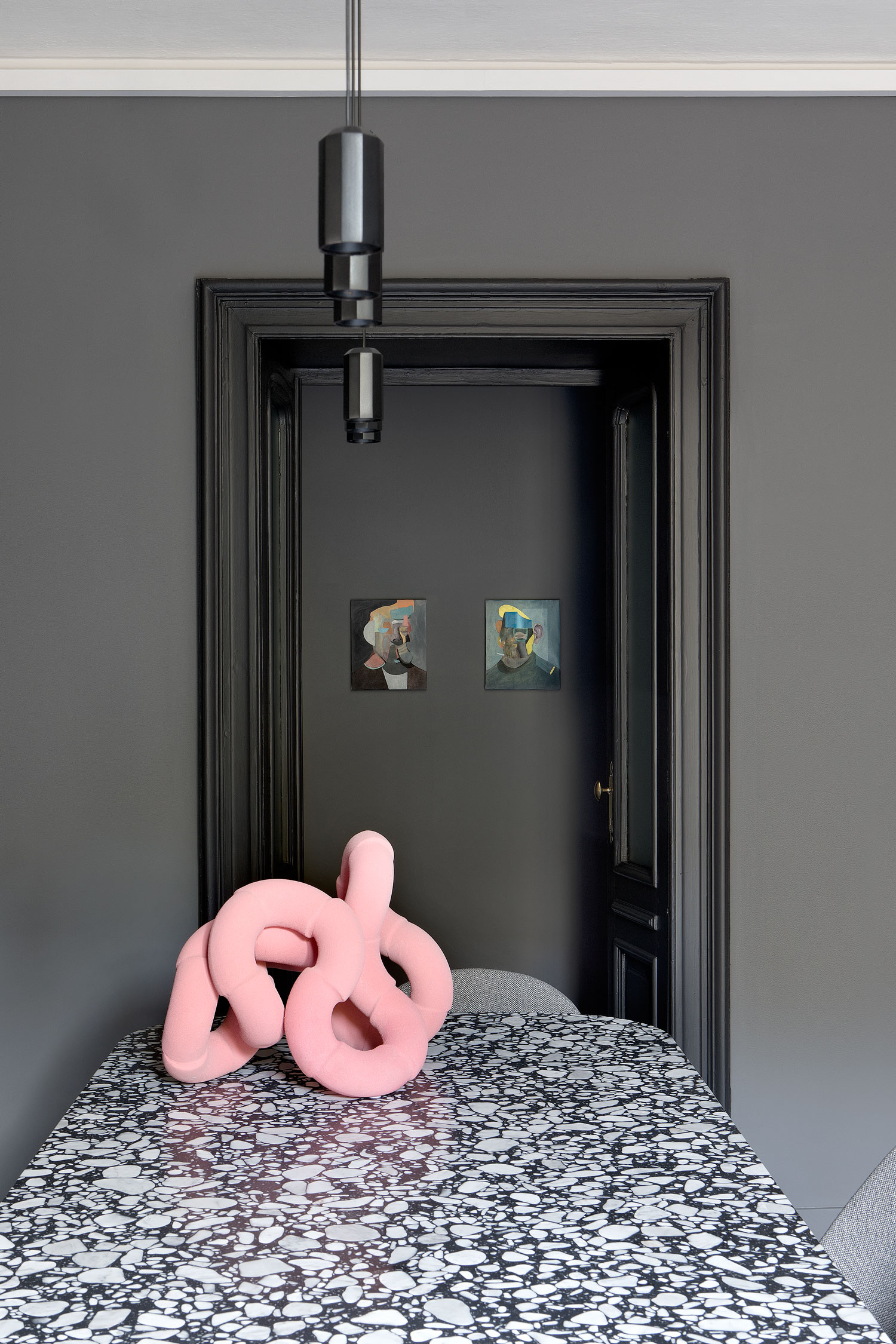 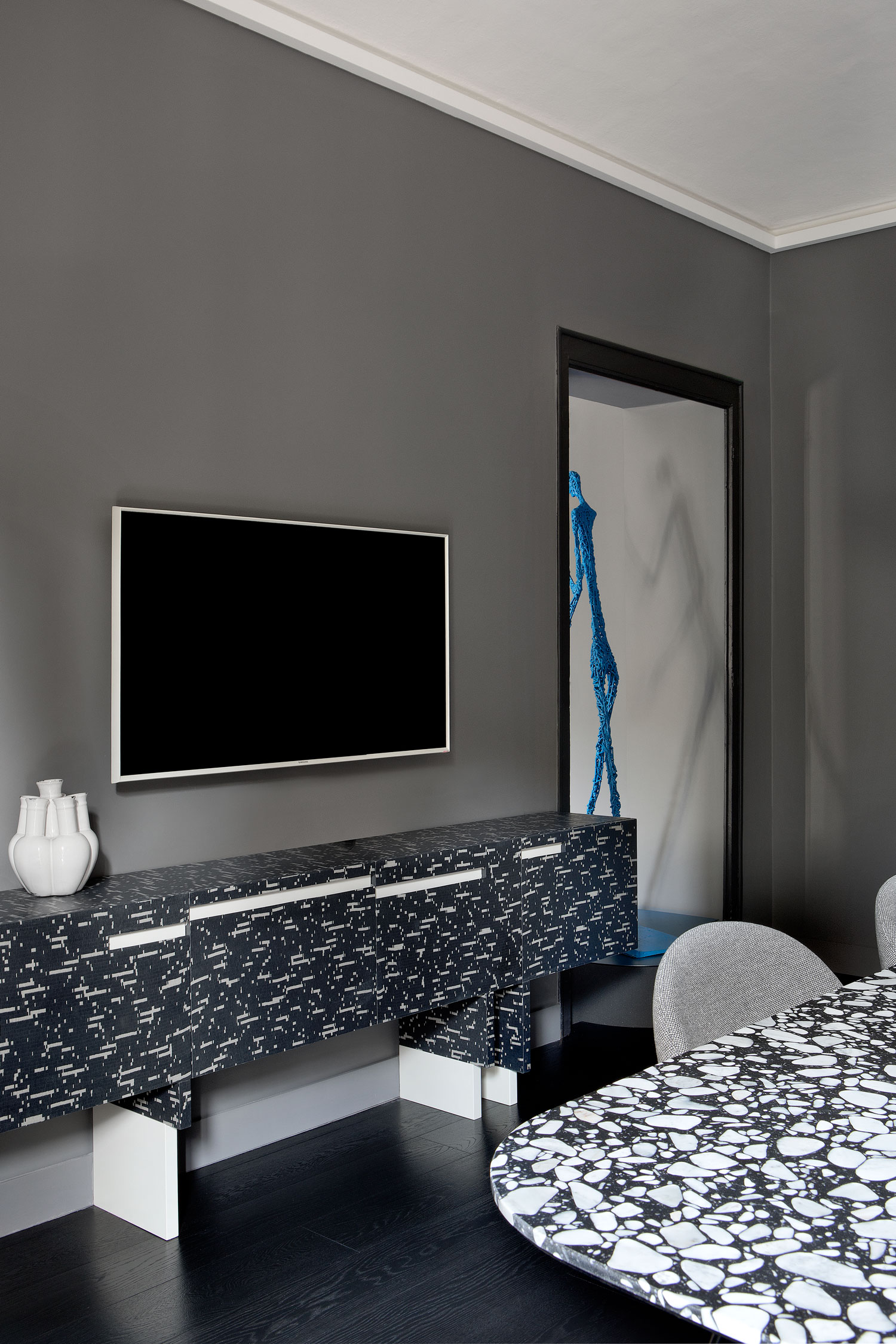 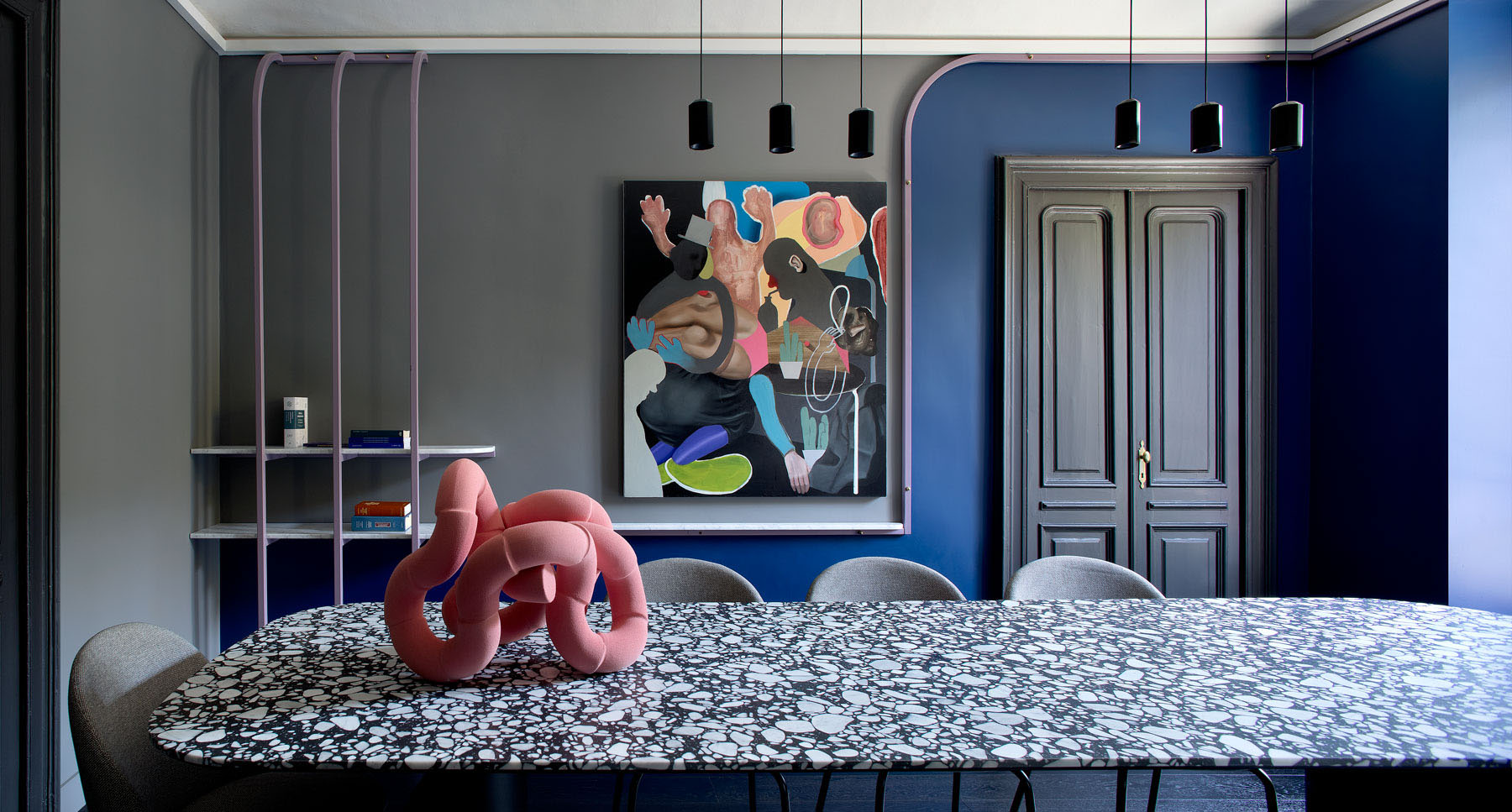 New contemporary injections that speak with a sleek, minimalist tone, sit alongside elaborately detailed doorways and mouldings. The tension between two different voices brings and interesting complexity to spaces, reminding us of the ancient origins of the work unfolding within this office.

The meeting room is closely aligned with the inside of an art gallery or a family living room. Soft grey chairs crowd around a curved stone table whose top looks like it has been splattered with white paint. A contorted sits at the table’s end, mirroring the sinuous shapes found in the hung painting behind it. The interior feels fresh and deeply unconventional – two characteristics that make us feel all the feels!