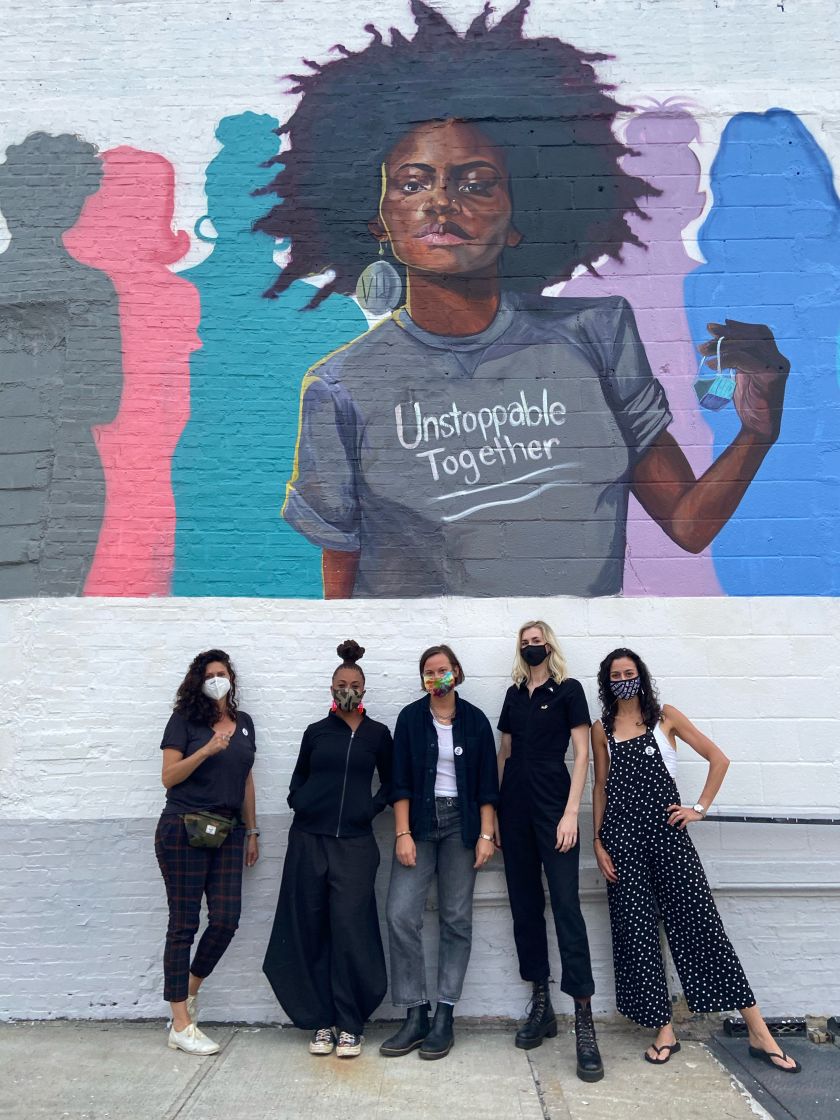 One of the most pressing issues in women’s lives today is what is known as the SHEcession, an economic downturn where job and income losses are disproportionately affecting women. This is happening for the first time in the US, and likely to be another global blight in the wake of 2020.

With four times the number of women dropping out of the workforce than men, global beauty brand No7 has teamed up with the artist in the name of Unstoppable Together. Created to inspire women to join forces, the campaign has launched a short film premiering a brand new mural by Sydney. Her work showcased in the film serves as a connective storytelling thread throughout the spot to convey an unstoppable resilience when women come together.

Detroit-bred and based fine artist and muralist Sydney James is one of the newest leading creative voices in southeast Michigan. Exploring themes of the racial and gender positioning of the black woman in America as “last” or “least among others” in society has been the central theme in her most recent pieces. Women on walls are already uncommon, but depictions of black women even rarer. As Sydney tells Creative Boom, if women occupy these spaces, it encourages others of all sorts of backgrounds and beginnings to fight to occupy those spaces too.

“My inspiration for the Unstoppable Together mural was the women in my life,” the artist says. “From my mother, the Matriarch to my friends or muses, I am inspired and motivated daily. I am surviving and working through this pandemic because of them. The collective of ‘us’ combined has made me ‘unstoppable’. And the motivation and inspiration is a two-way swinging door. We take care of each other.” 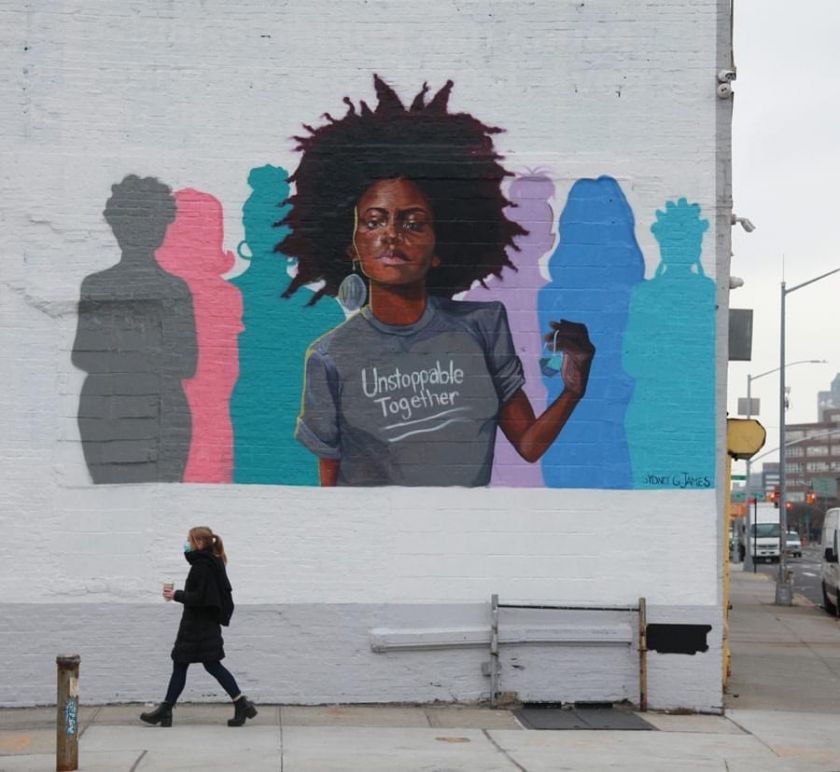 Sydney’s process began with sketches. Once the design was chosen, she began the painting process by gridding out her design on the wall to a larger scale. The mural caps off the Unstoppable Together short, from which Sydney hopes people take away “the notion that women are not only capable but are worthy of all great things and simple things and everything in between.”

As a woman, the SHEcession is important to Sydney, who has had to “manoeuvre her way through male-dominated workforces” and knows what it is to make “less than male counterparts with fewer qualifications.

“I (also) know extreme loss. I know the urge to want to fix the world even in the midst of needing to fix myself. The SHEcovery is a beautiful movement that is pivotal and necessary even beyond this moment. I am grateful to be a part of it. Women make the world move, and we offer light in the darkness. And most of all, we get things done!”