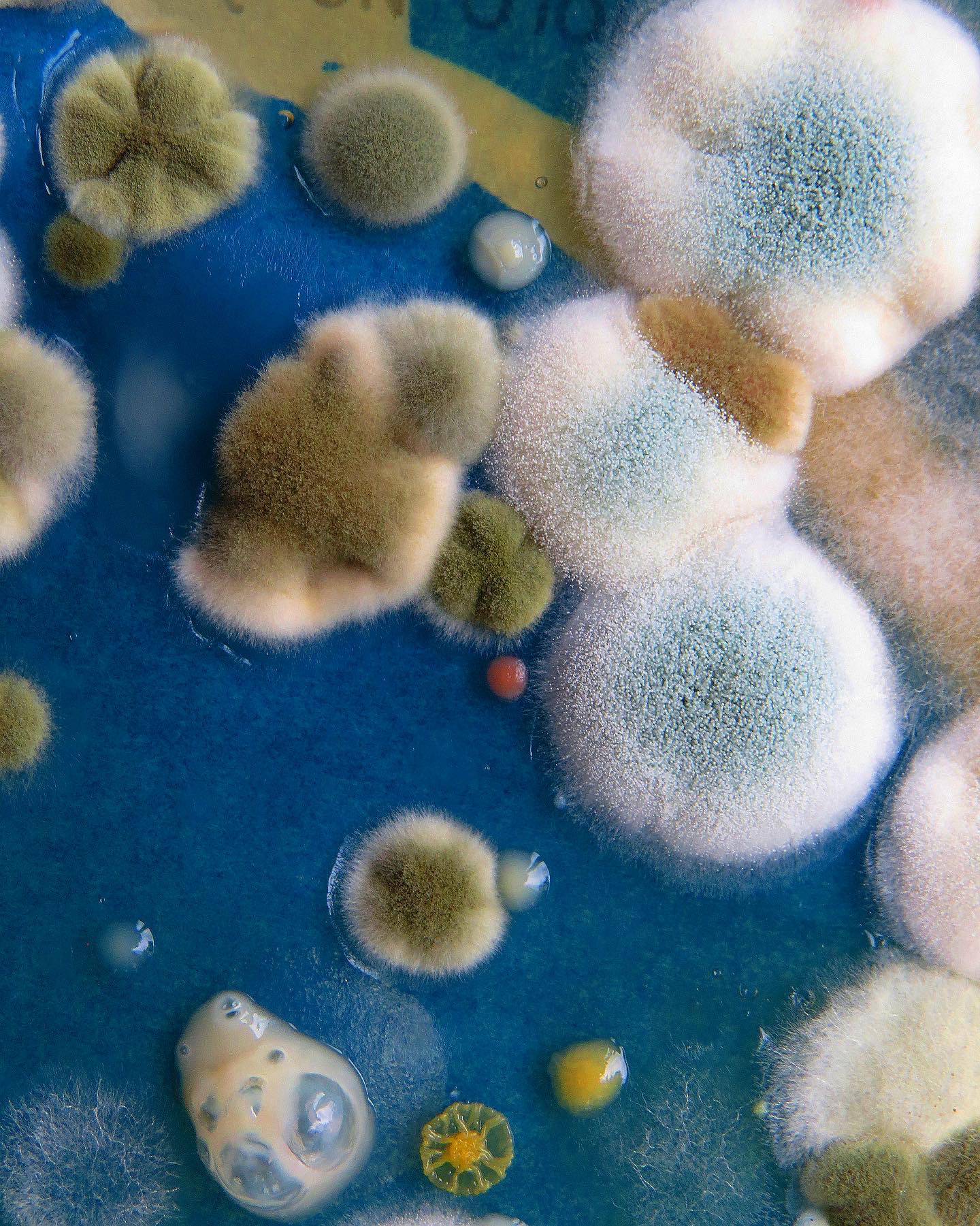 Moscow-based artist and mold enthusiast Daria Fedorova intervenes in natural decomposition processes, accentuating textures and colors and pushing the boundaries of science and art. The artist, who works as , laces petri dishes with various bacterias and other organisms before placing extra elements like fluffy balls, sugars, and sprinkles in the container. These manufactured additions impede the growths to produce myriad shades and structures and cultivate otherworldly compositions of unnaturally saturated colors, patches of fuzz, and flared coils of slime all within in a single vessel.

Forgoing antibiotics or other treatments that would save the fungi and spores from ruin, Plesen’s works take between three and four weeks to materialize. She tells Colossal that the ongoing project began with “the idea of microbiological mapping of our surroundings,” explaining:

We are all swimming in the ocean of tiny spores and organisms, breathing them in, and carrying them on the top of our skin and inside the body. I was interested in this parallel between the physical world we can see and touch and also another physical world, which also presents, but is kind of metaphysical, invisible, somewhere between the air layers, vibrations, energies, nature.

Whether displaying stacked rows of spores or a bubbly rim, the resulting studies are ripe with questions about human imposition, the artificial, cyclical processes, and the inherent beauty of decay. Explore a larger collection of Plesen’s works on and . (via )