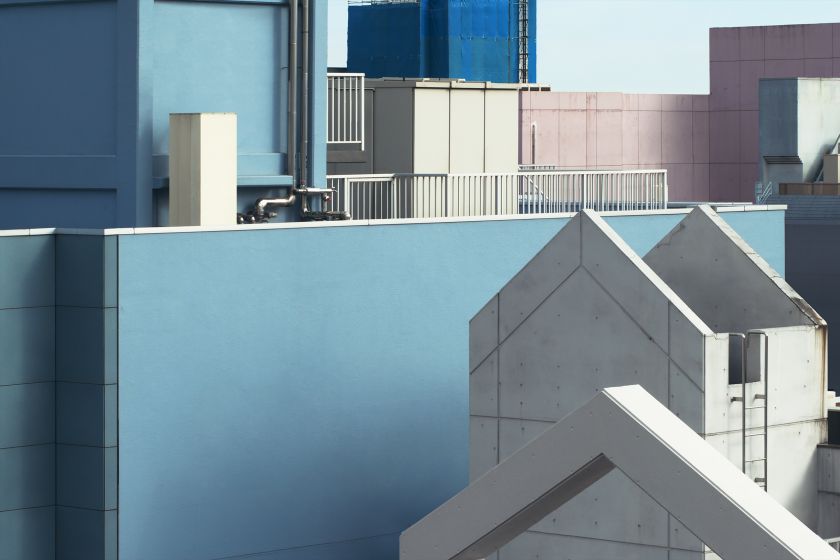 The Tokyo-based photographer has an eye for the spectacular. In her latest series Tokyo Nude, she creates pastel-tinted photography inspired by the dreamy compositions found in Japanese Yamato-e paintings – a style that features intricate details of buildings and daily life.

In ‘s photography, the world has been tilted on a dreamlike axis. Everything looks fictional; pastel-tinted roofs are stacked atop one another, the sky is spotless and blue, and building facades are captured in an orderly, angular fashion. You might be mistaken for assuming that these images are painted or crafted from digital techniques – and we wouldn’t blame you for thinking that. In fact, the Tokyo-based photographer specialised in painting up until college, so of course, these interests and techniques would influence the work she creates today. 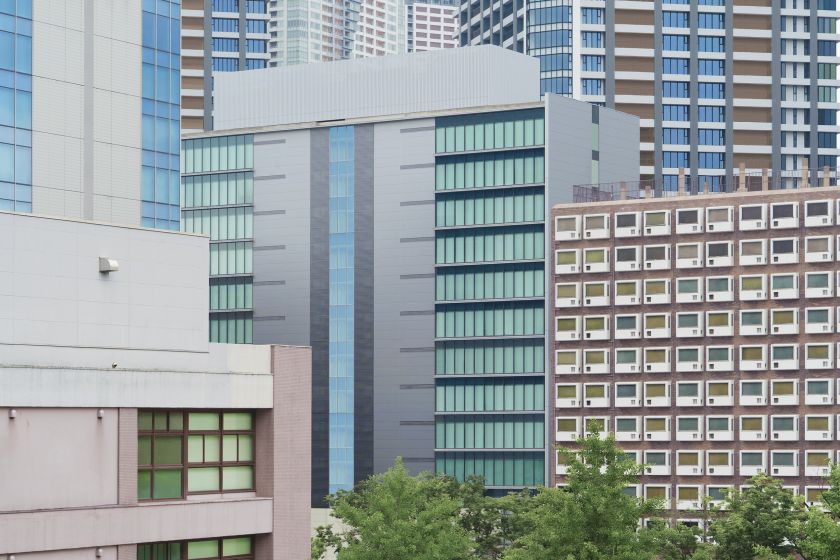 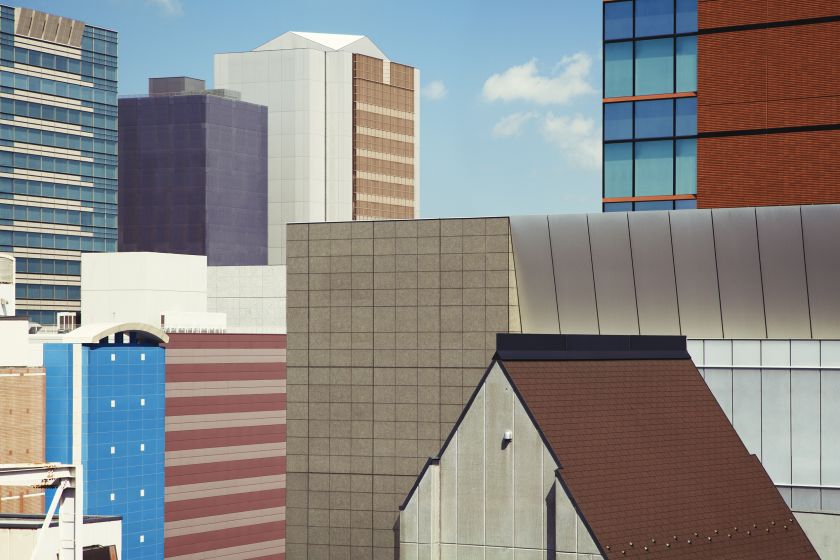 Rumi was born in Okayama Prefecture and graduated from Tokyo University of the Arts before joining the Amana Group in 2015. Her works have been exhibited in spaces such as Higashikawa Cultural Gallery and Tokyo’s Spiral Garden. They’ve also been recognised by the Masafumi San Jury Award and The Reference Asia: Photo Prize 2019.

While in university, that’s when she became aware of the interesting compositions found in old Japanese Yamato-e paintings, a style that’s inspired by the Tang dynasty and one that was imperative throughout the 12th and 13th centuries. Considered a classic in the history of Japanese painting, the characteristics of this medium feature small figures and intricate detailing of buildings or objects. The images usually have a narrative, but most prominent is the depiction of nature and place – the latter being utterly present throughout Rumi’s eye-catching portfolio and recent series . 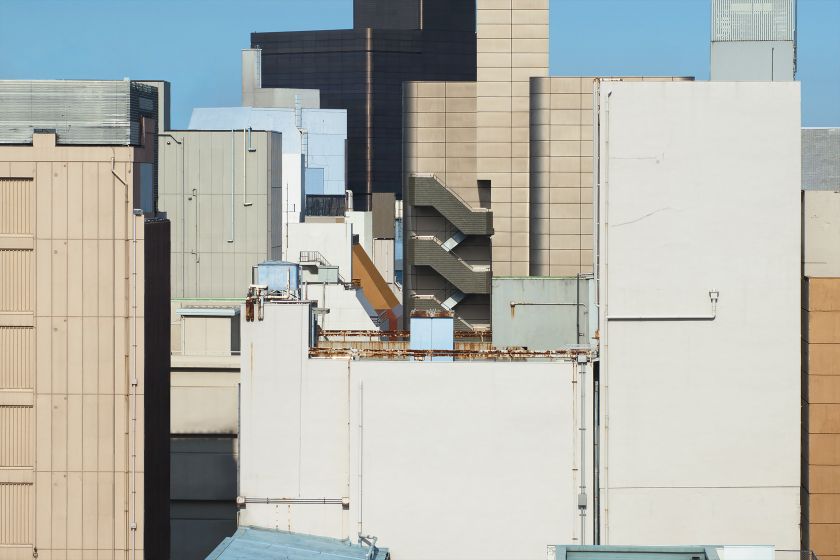 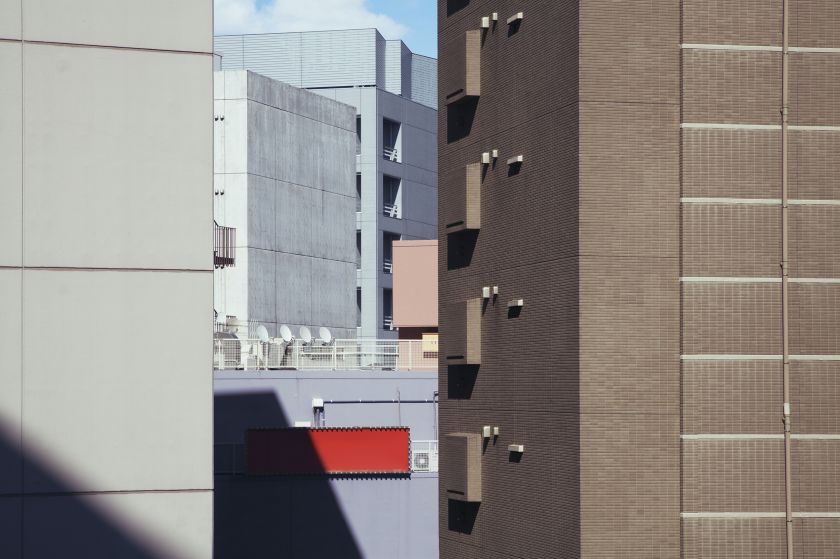 “After majoring in contemporary art at university, I became absorbed by the idea of taking photos that show reality in a pictorial manner,” she tells us, “The reason I take photos of architecture is that it is a motif that allows me to express my ideal composition.” Throughout Tokyo Nude, Rumi presents these goals through a collection of imagery that’s been captured, edited and simplified. It’s a process that involves removing “all kinds of ‘noise'” from the composition, like the people, electricity poles, windows and signs. Not all elements are disregarded, though, as sometimes she’ll artificially add a cloud and piece of architecture in post-production.

In one of Rumi’s favourite images from the project, an autumnal building facade sits at the centre. The sky is rich and ominous, while the foreground depicts a contrastingly silvery surface. “I created the photo after being inspired by the movie Bagdad Cafe,” she adds. “I gave it a deep blue tone and reconstructed the composition by retouching it.” 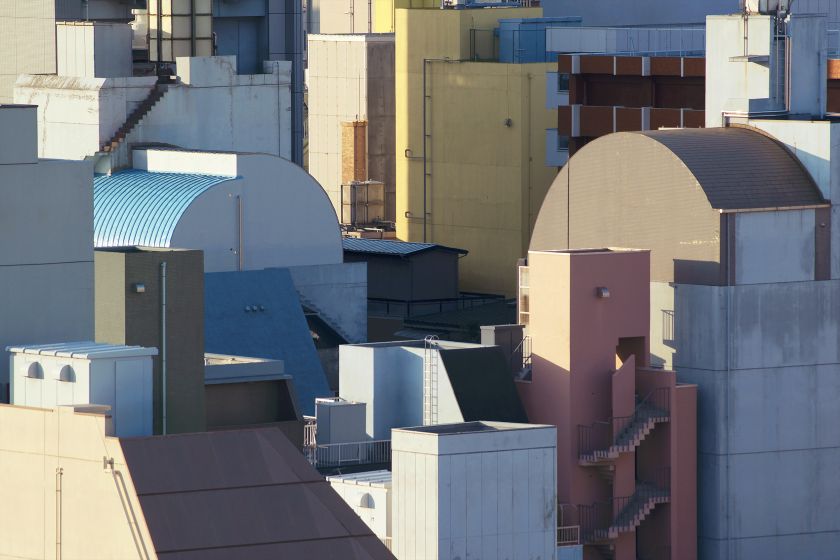 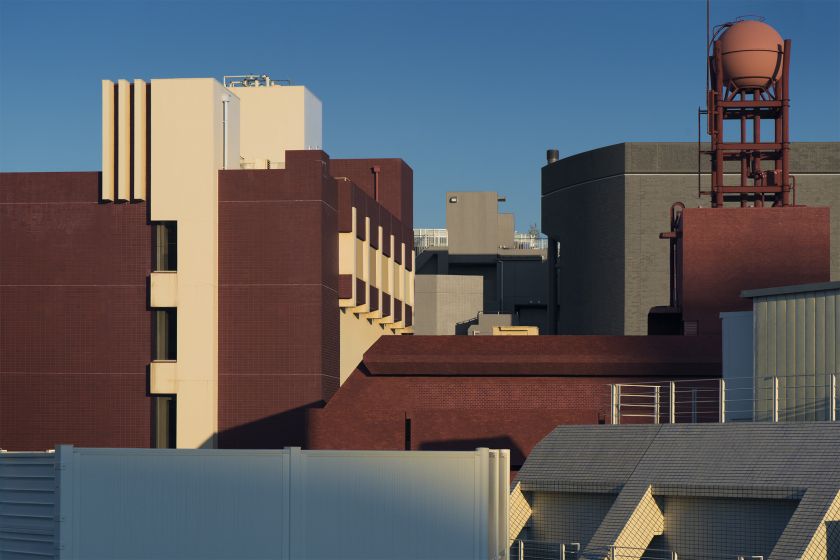 In another piece, Rumi has shot a cluster of rooftops from an upwards-facing position. Devoid of the sky, clouds, people or place, the viewer is confronted by a blunt and overpowering sense of wonder; the rooftops don’t appear like rooftops, and the viewer starts to question the subject matter. “I took this photo whilst being conscious of Japanese Yamato-e,” she notes. “I have given most of my photographs the impression of being flat because I’m influenced by Yamato-e and Ukiyo-e.”

Rumi has an exceptional eye for the spectacular. Throughout her abstract and ambiguous series, she enforces a sense of mystery – something that’s mesmerising and addictive – upon those who seek to view her works. “It was intended to represent a fictional Tokyo, something that was not Tokyo, but was just like it,” she explains of the meaning behind Tokyo Nude. “Removing the windows and signboards also leads to the elimination of the communicative elements. It symbolically represents both modern Tokyo and Japan.” 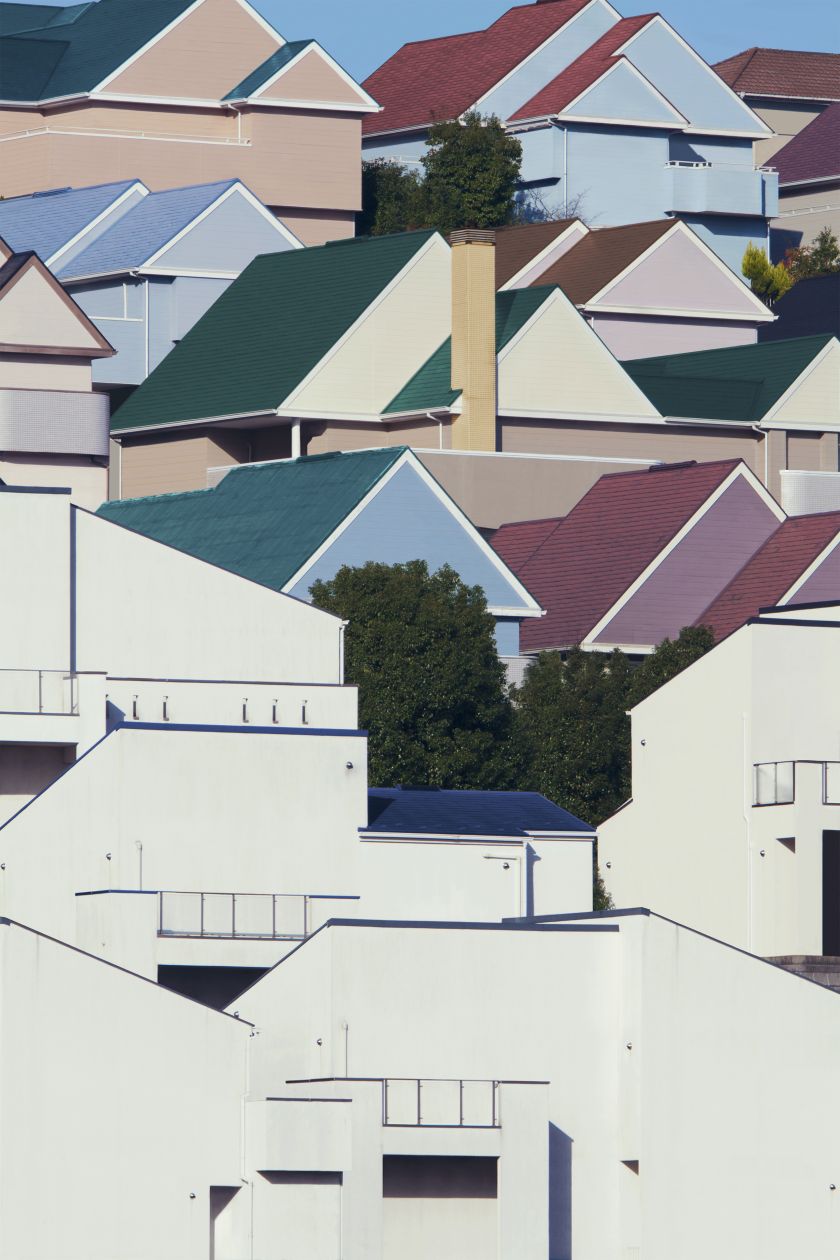