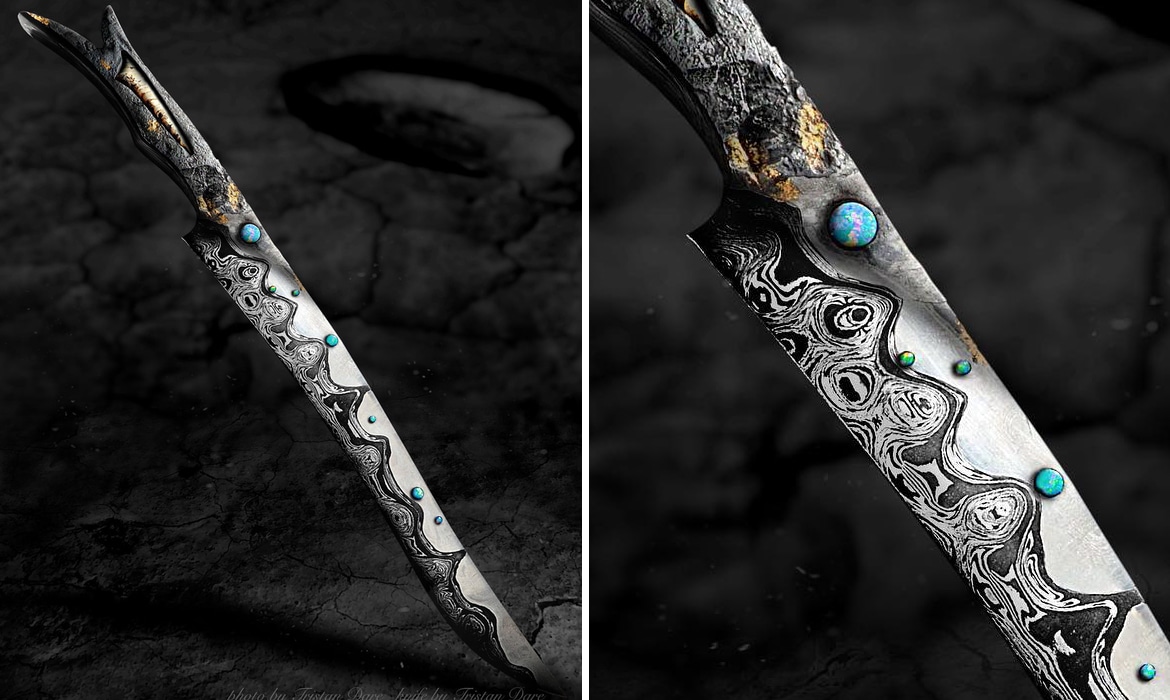 Bladesmith is only 19 years old, but he’s already making a name for himself. For the past five years, he has been crafting knives that are true works of art. And, interestingly, he often incorporates ancient materials into his blades. His latest piece, called Nebula, was crafted from one of the oldest meteorites ever recorded—it’s estimated to be 4.5 billion years old. Set off with opal, gold, and an ancient wooly mammoth tooth, the blade is a masterpiece.

In a posted to his YouTube channel last year, Dare shows how he takes meteorite and carefully crafts it into a blade. Step by step, the meteorite is worked over until it’s perfectly sharp. Using meteorite as a material brings a unique touch to Dare’s work. The pattern of the ancient metal is still visible, adding a visual interest beyond the cool factor of using a meteorite as a knife.

According to Dare, his interest in working with his hands began at a young age. At just 11 years old, he started woodworking, inspired by his grandfather who was an avid woodworker. After several years of woodworking and competing in contests, Dare began crafting his own chisels and tools. This is where his adventure with metal began.

Self-taught, he dove in to the world of bladesmithing and has not looked back. Now he’s constantly pushing himself to new heights and is always on the lookout for interesting materials to incorporate into his blades. Dare often works with meteorite, which gives his blades a unique touch. For his handles, he also enjoys using rare and prehistoric materials like mammoth tusk or rare woods.

If you’re interested in owning one of his creations, Dare puts his blades for sale in his when they are available and also takes .

Tristan Dare has created a blade made from a 4.5-billion-year-old meteorite. 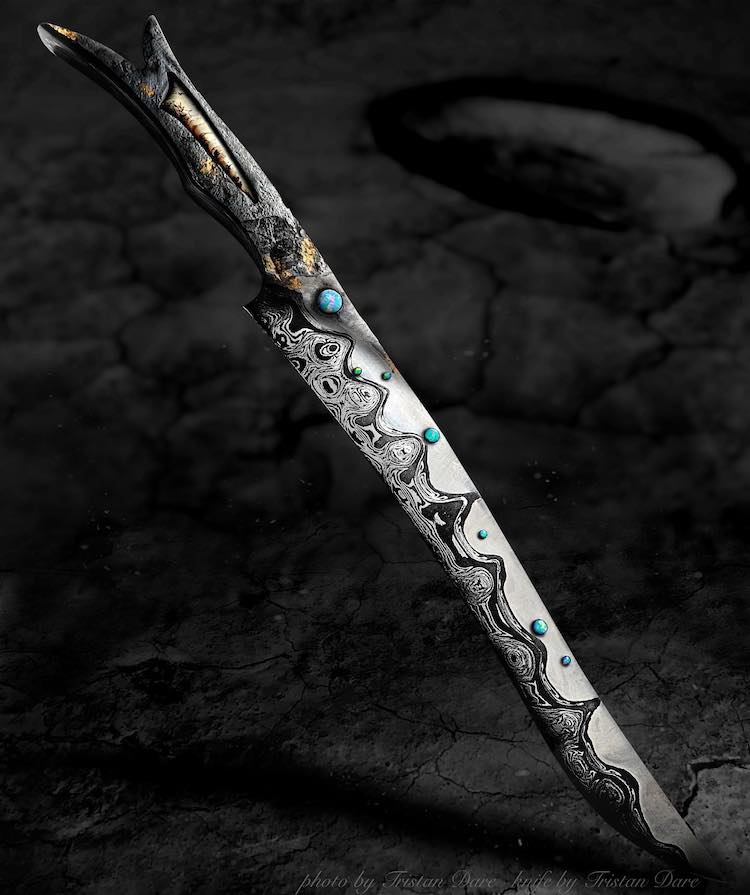 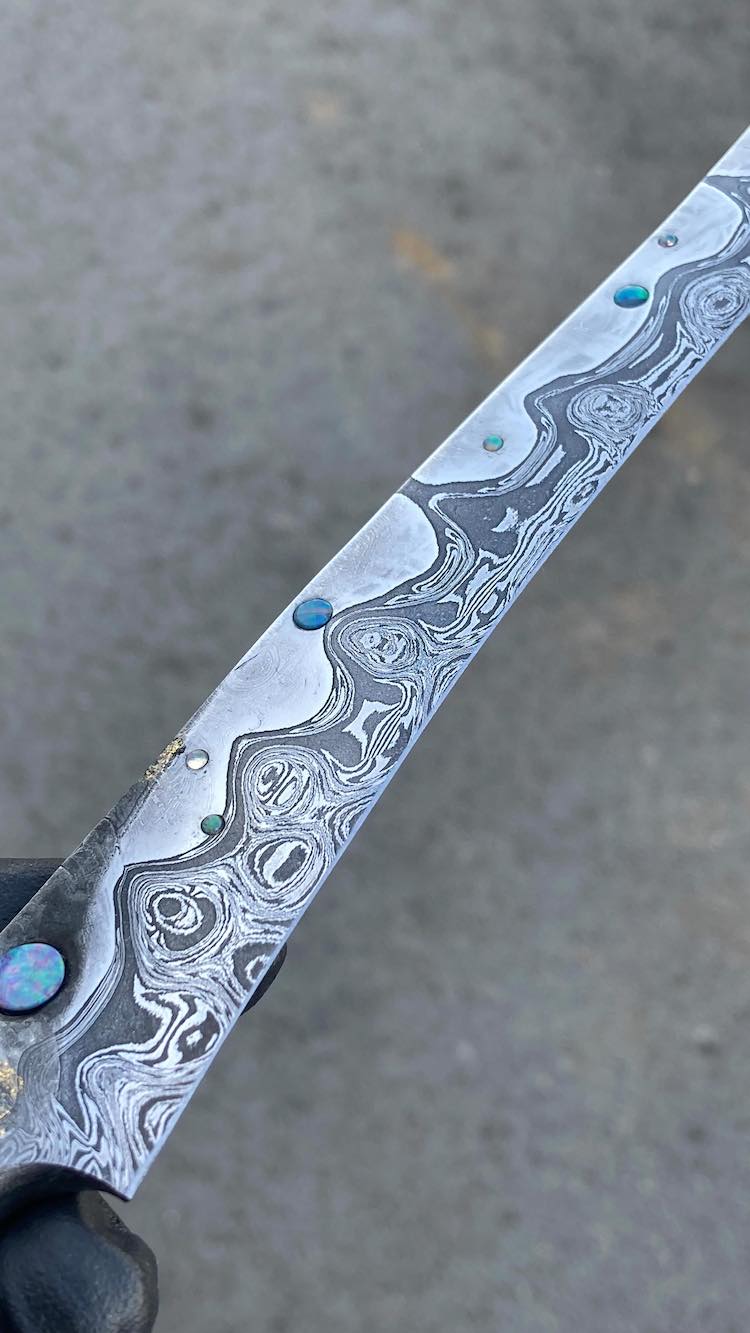 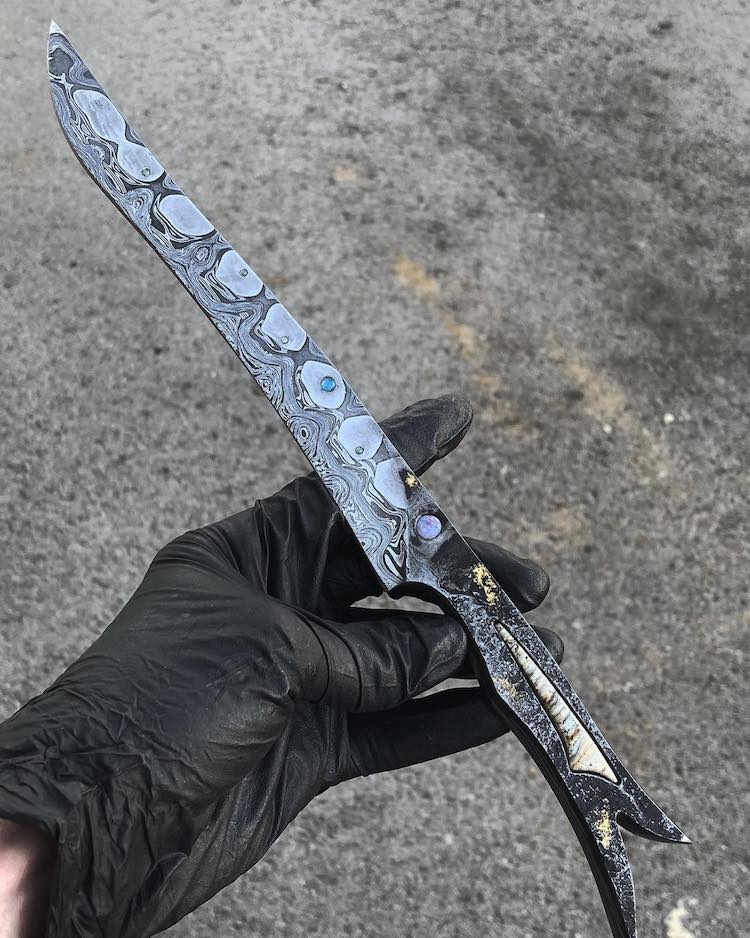 Dare, who is self-taught, enjoys using rare and ancient materials to create his blades.

Take a look at how he transforms a meteorite into a knife.

All images via Tristan Dare.