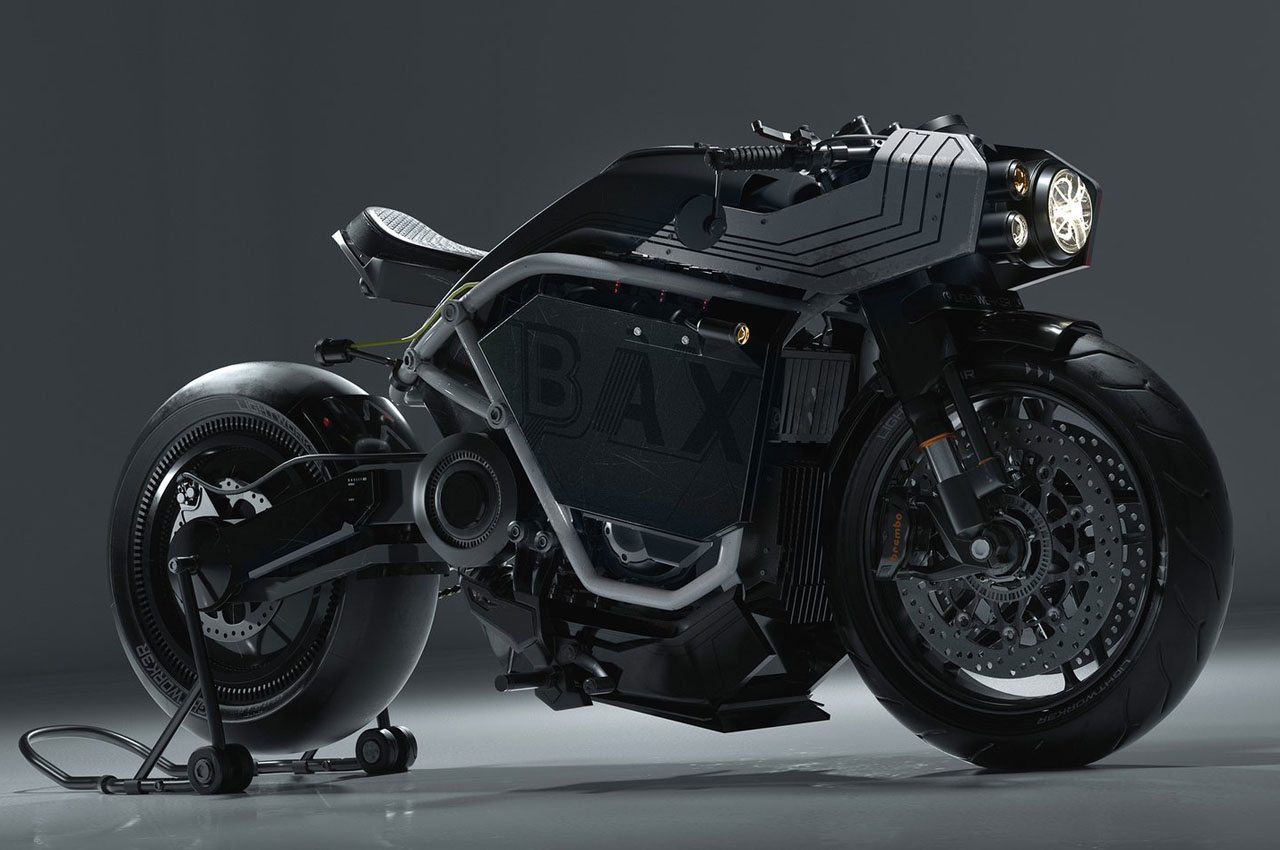 Mean two-wheelers and café racers always ignite my passion for driving – concept creations included. This muscular beast by is an example that got my adrenaline pumping.

One look at this mean machine and I can’t help but conjurer up the plot of the upcoming “The Batman” movie. Imagine the superhero (Robert Pattinson) appears from the dense fog in the dark corners of the city on this Bat (or Batcycle/Batpod) to take on the crime with Catwoman. Alright, Matt Reeves might have a more engaging opening scene for the movie coming in March 2022, but Shane’s creation got me carried away. 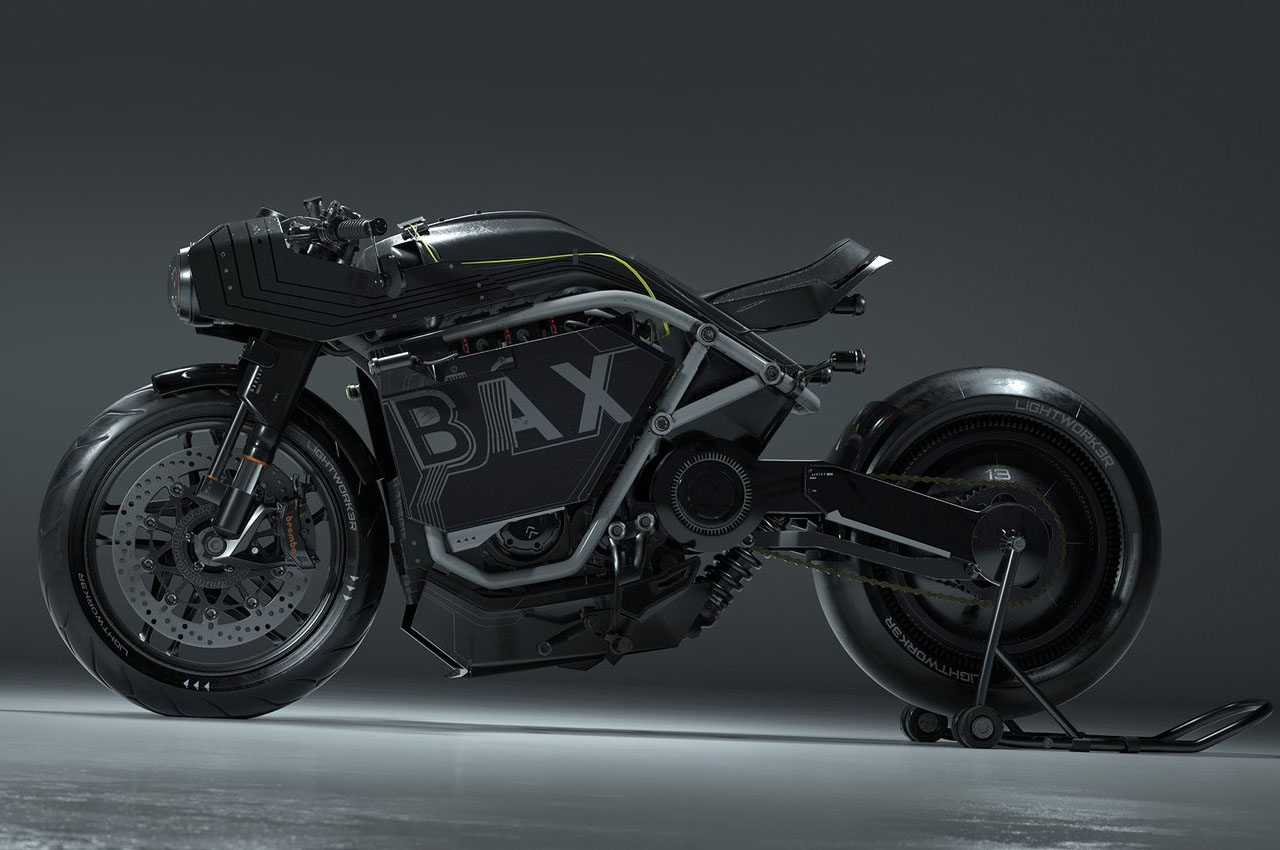 Dubbed the Bax Moto MK3, the motorbike is highlighted by the sleek flowing silhouette of the exposed mechanical parts, giving it a very muscular feel. The headlights and the front section edges forward – sort of intimidating the onlooker, giving me the ultimate Batcycle vibe the first time I glanced at it. The double-sided long swing arm gives the crime-fighting ride a low-slung position as the leaning forward position of the rider means it can be driven at break-neck speeds. Bax Moto MK3 is draped in an all-black finish with hints of gray to add contrast and depth.Funiq 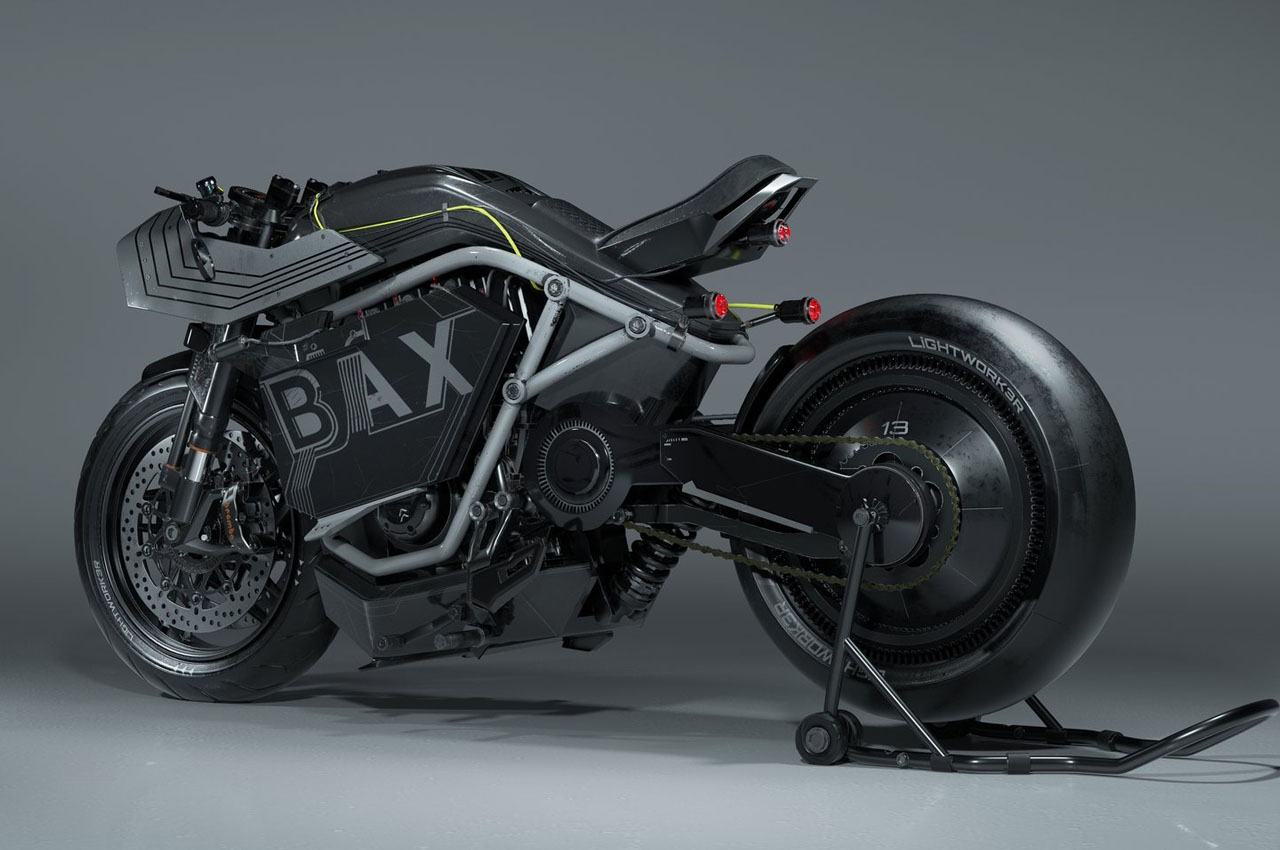 The instrument cluster and the wheels carry the same grungy feel spiced up by the subtle lines that are apparent on the fuel tank are as well. This in a way signifies the spirit of speed and motion. Another peculiar addition to the bike is the offset headlight with the pair of fog lights – giving it a very unique sense of styling. Overall Shane has managed to bamboozle me yet again with his profoundness of automotive design, and I’m looking for more! 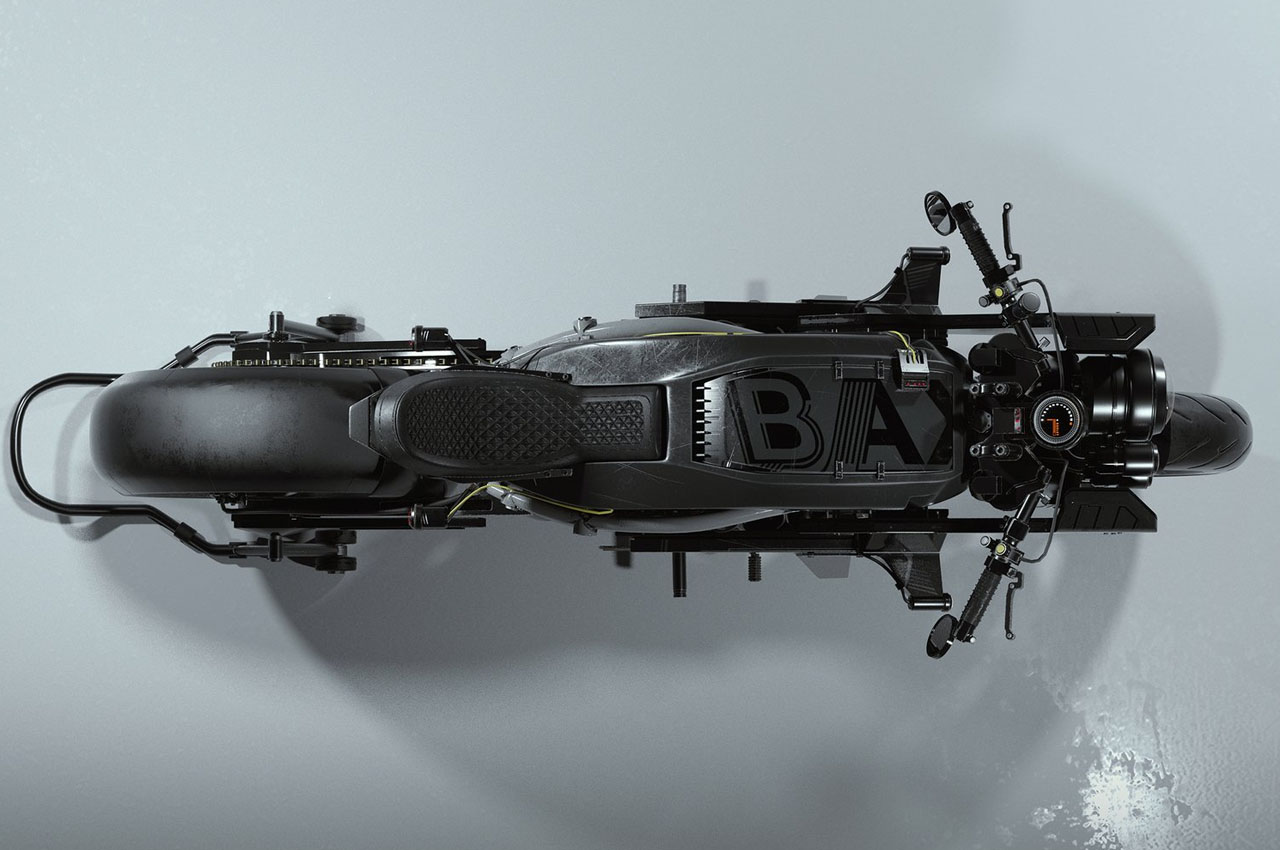 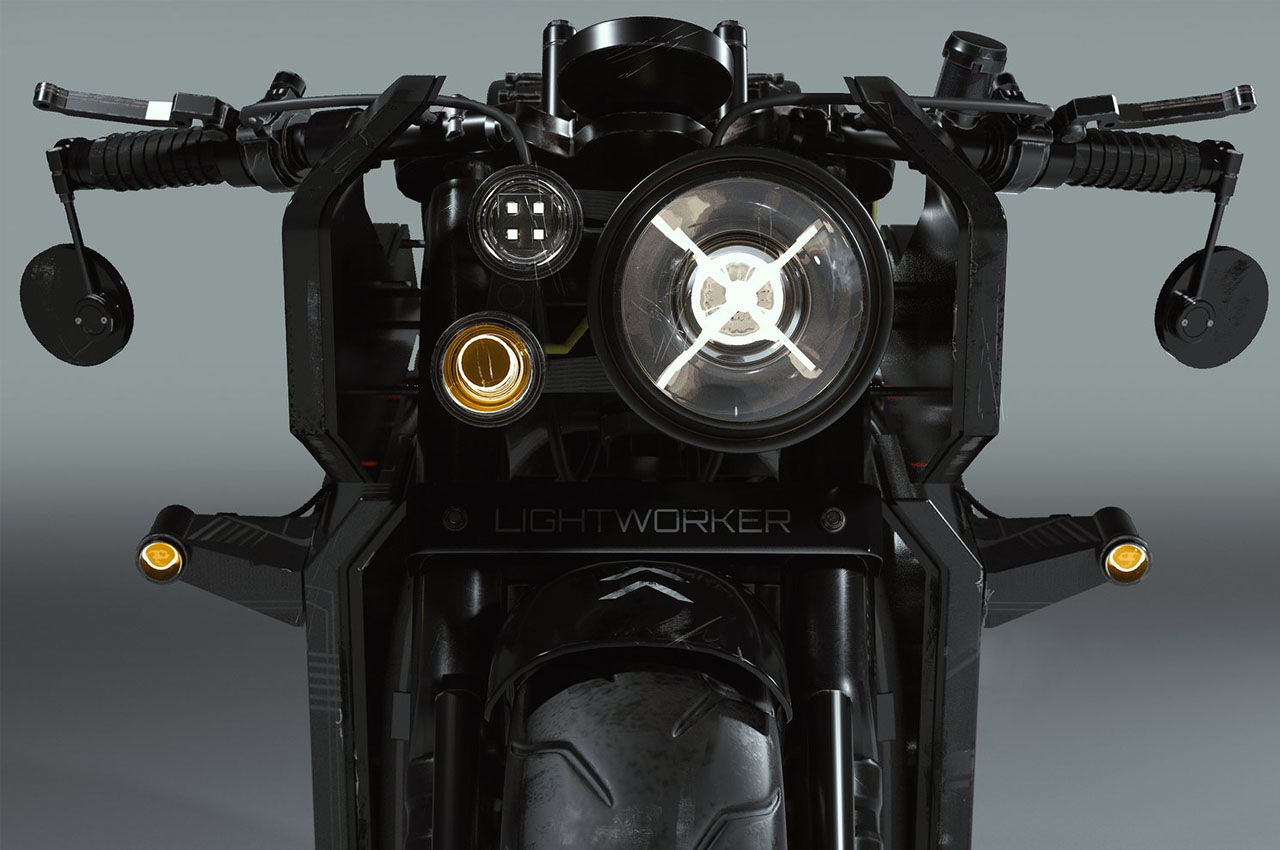 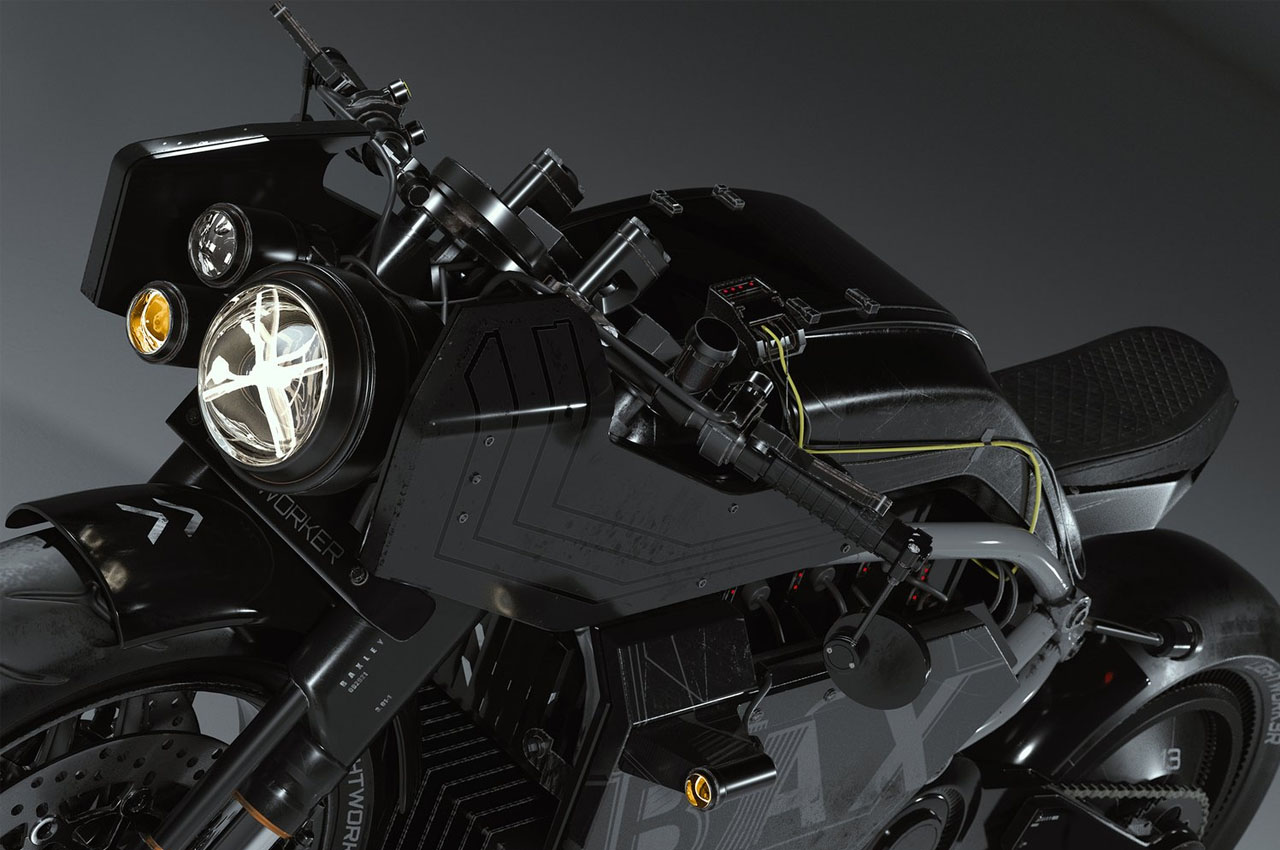 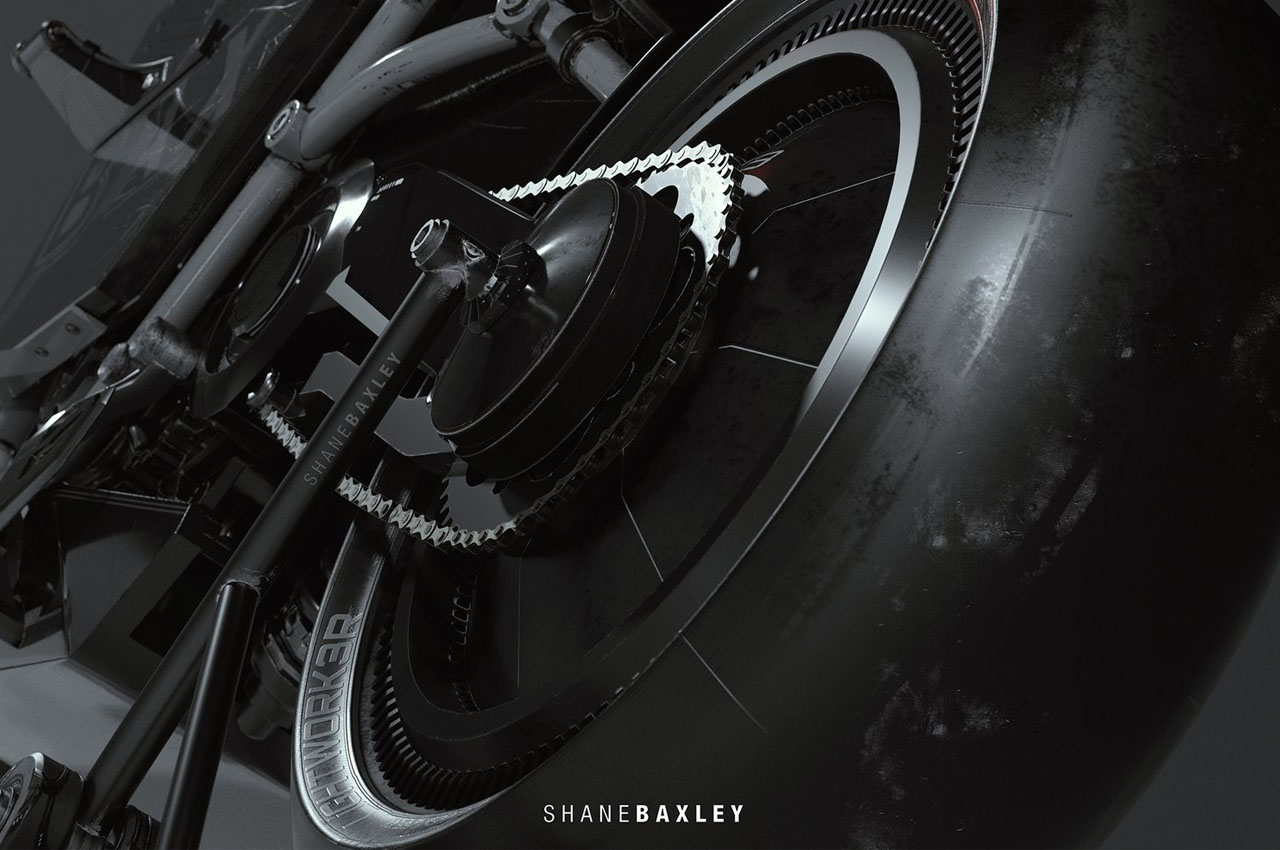 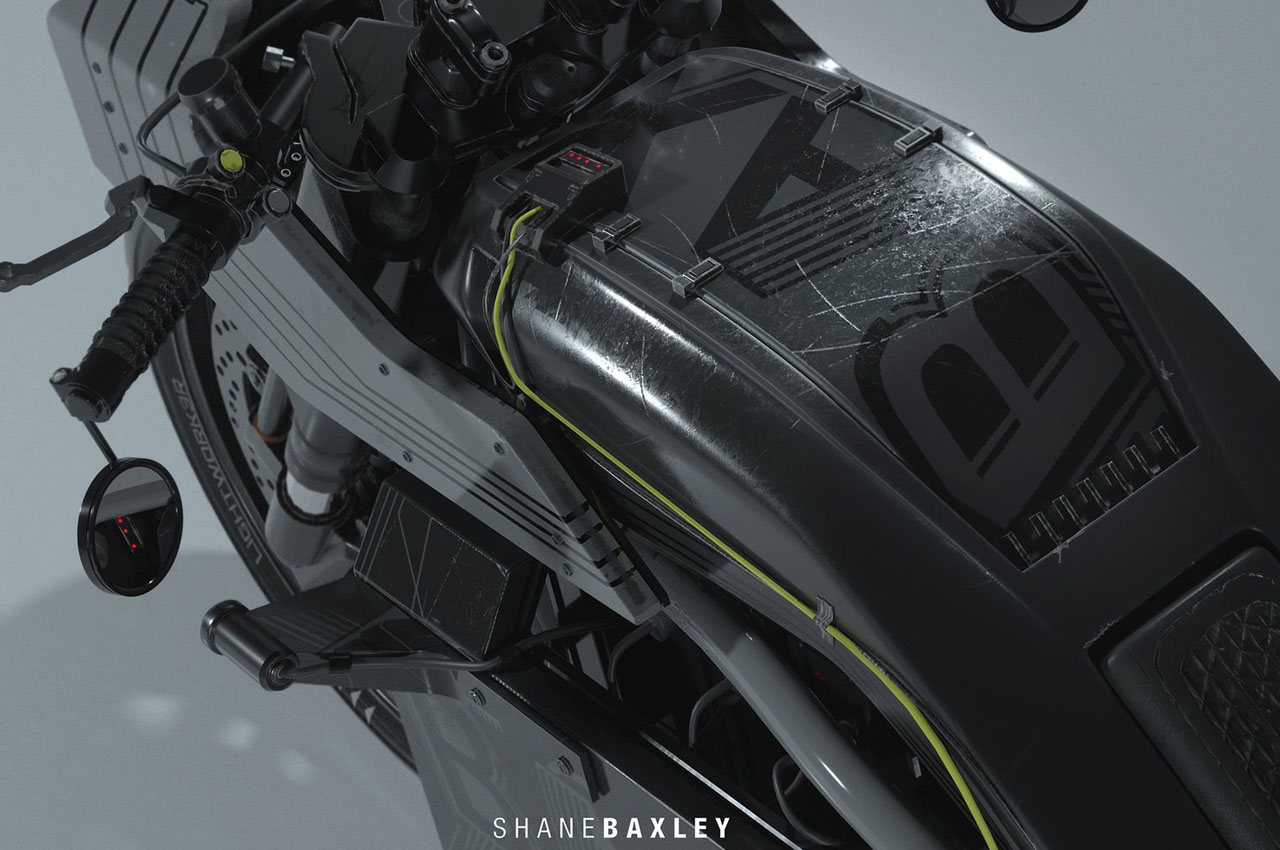 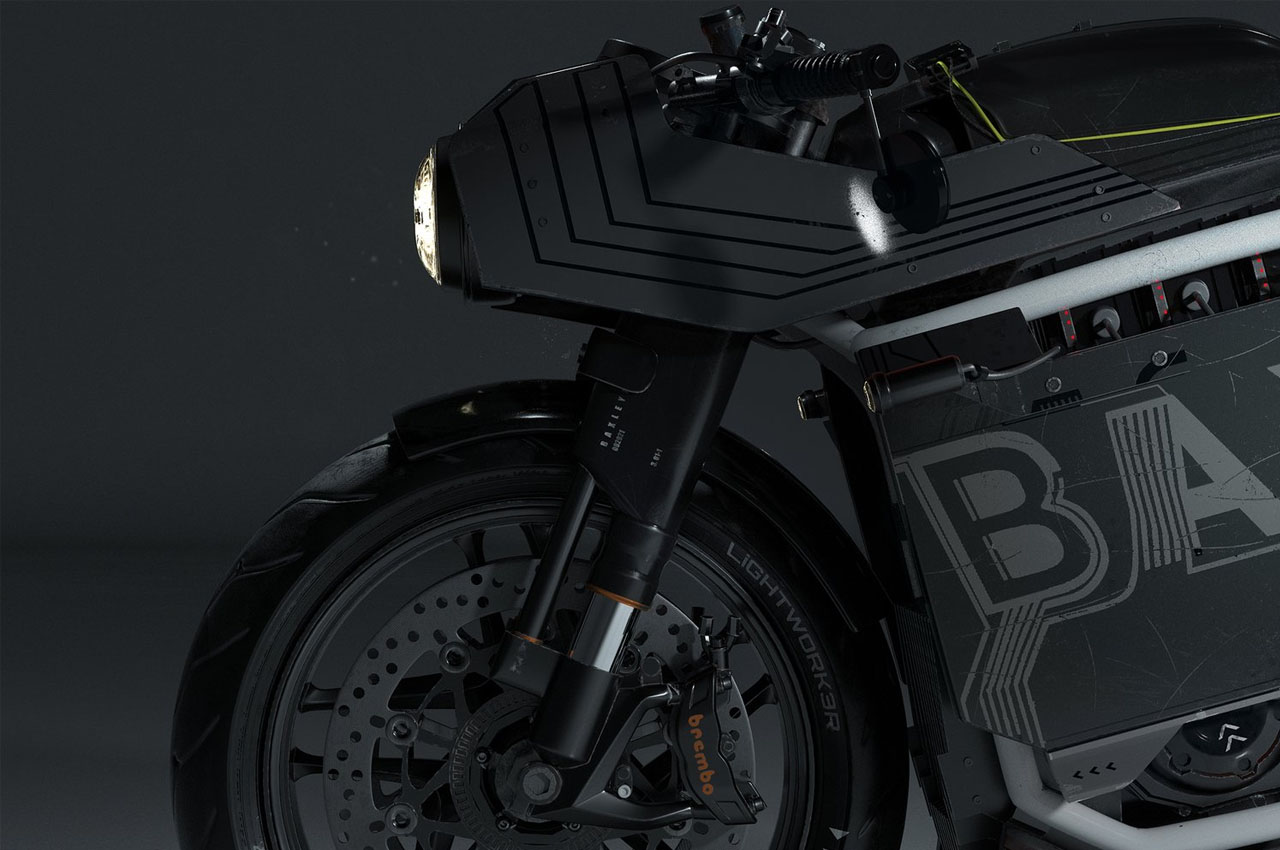 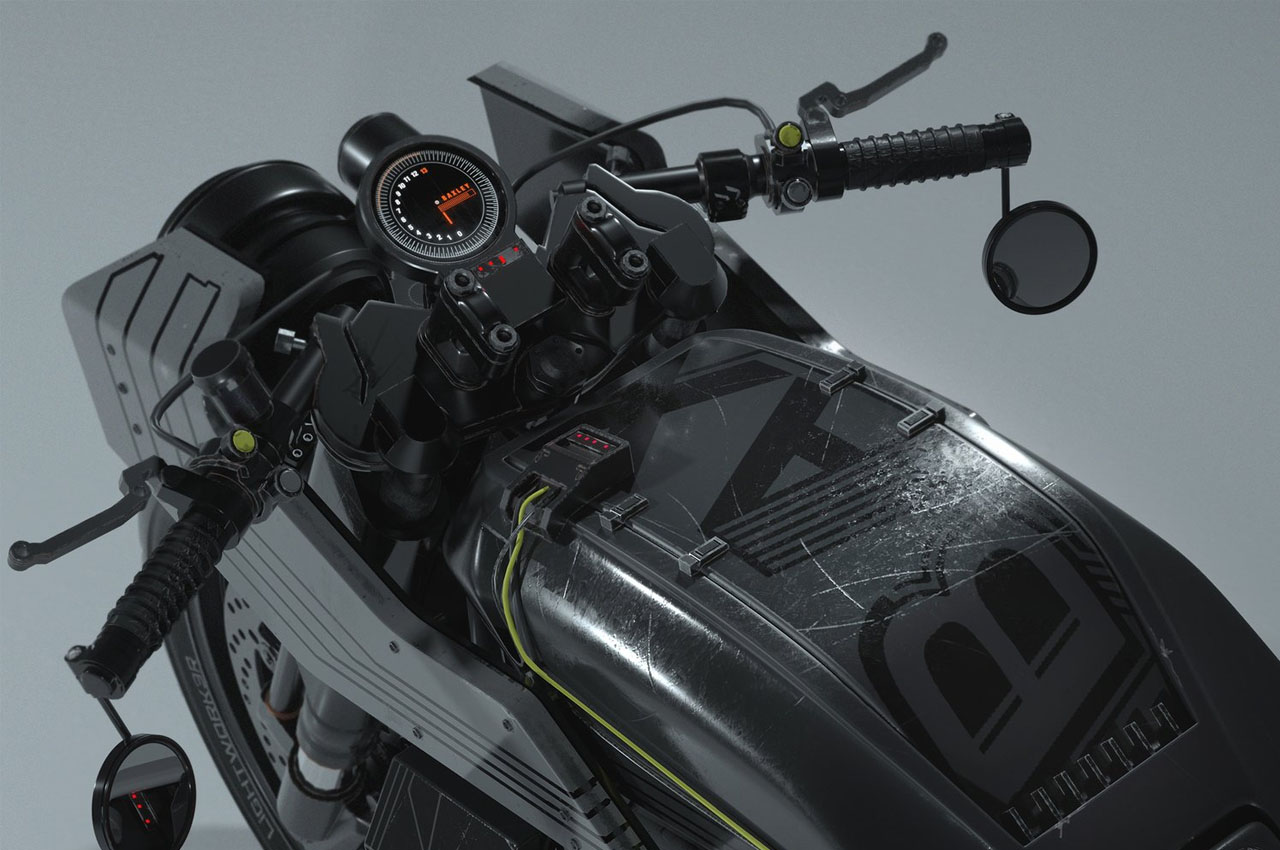 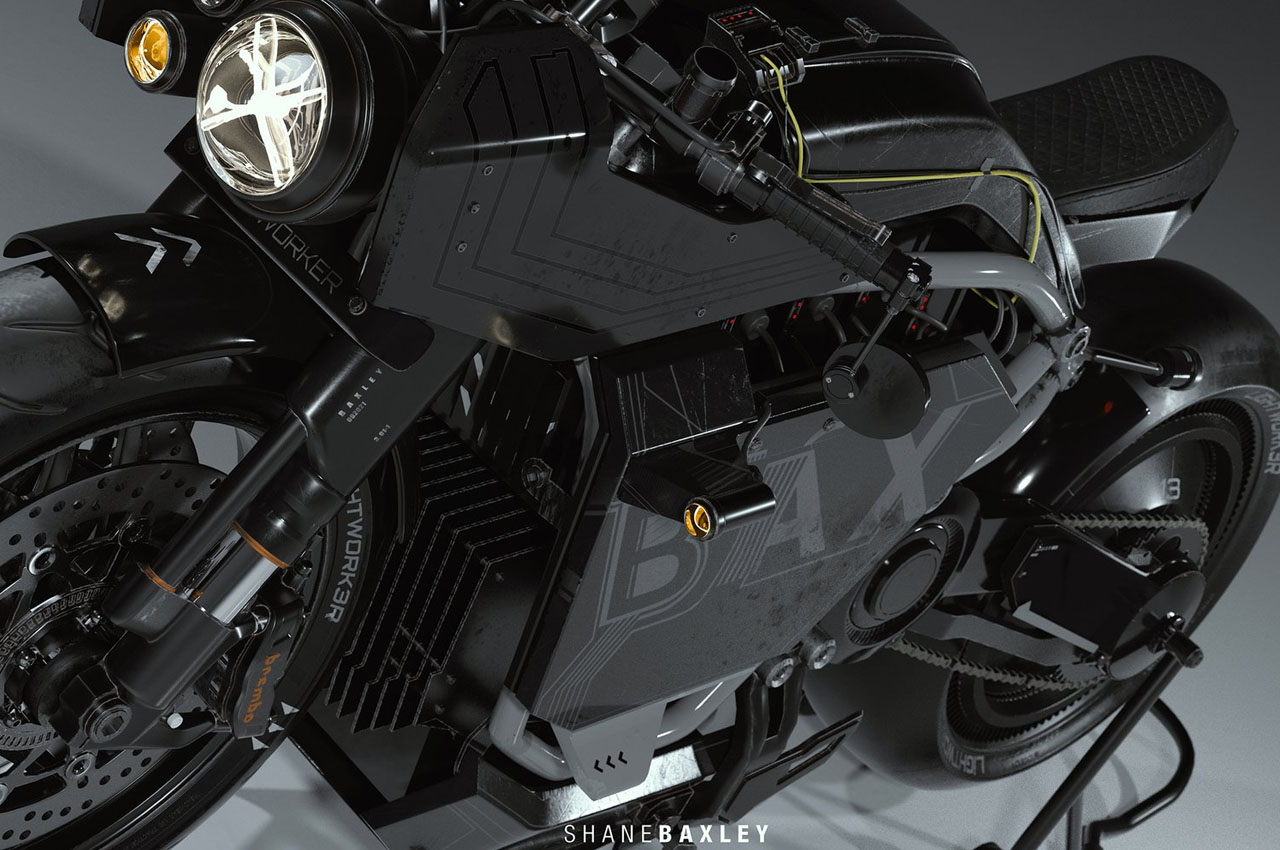 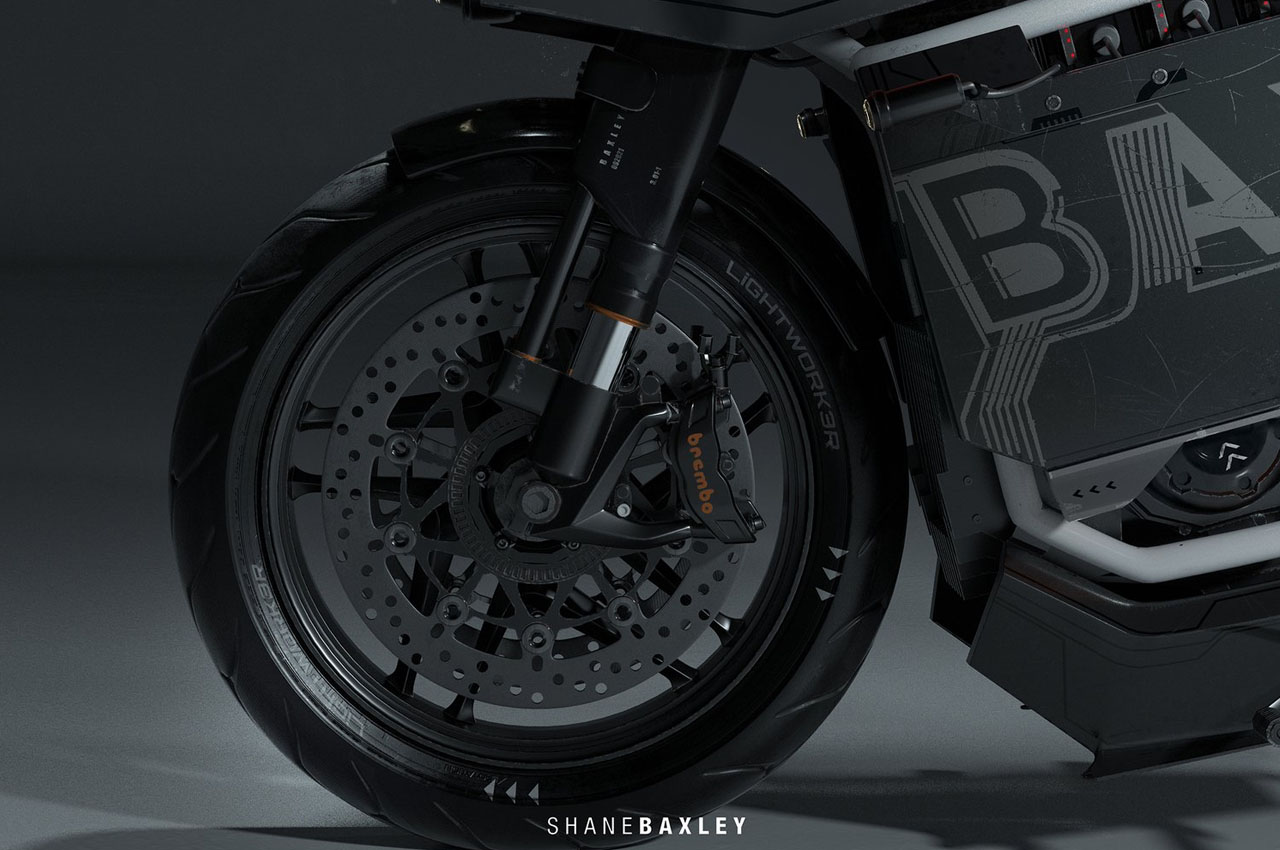 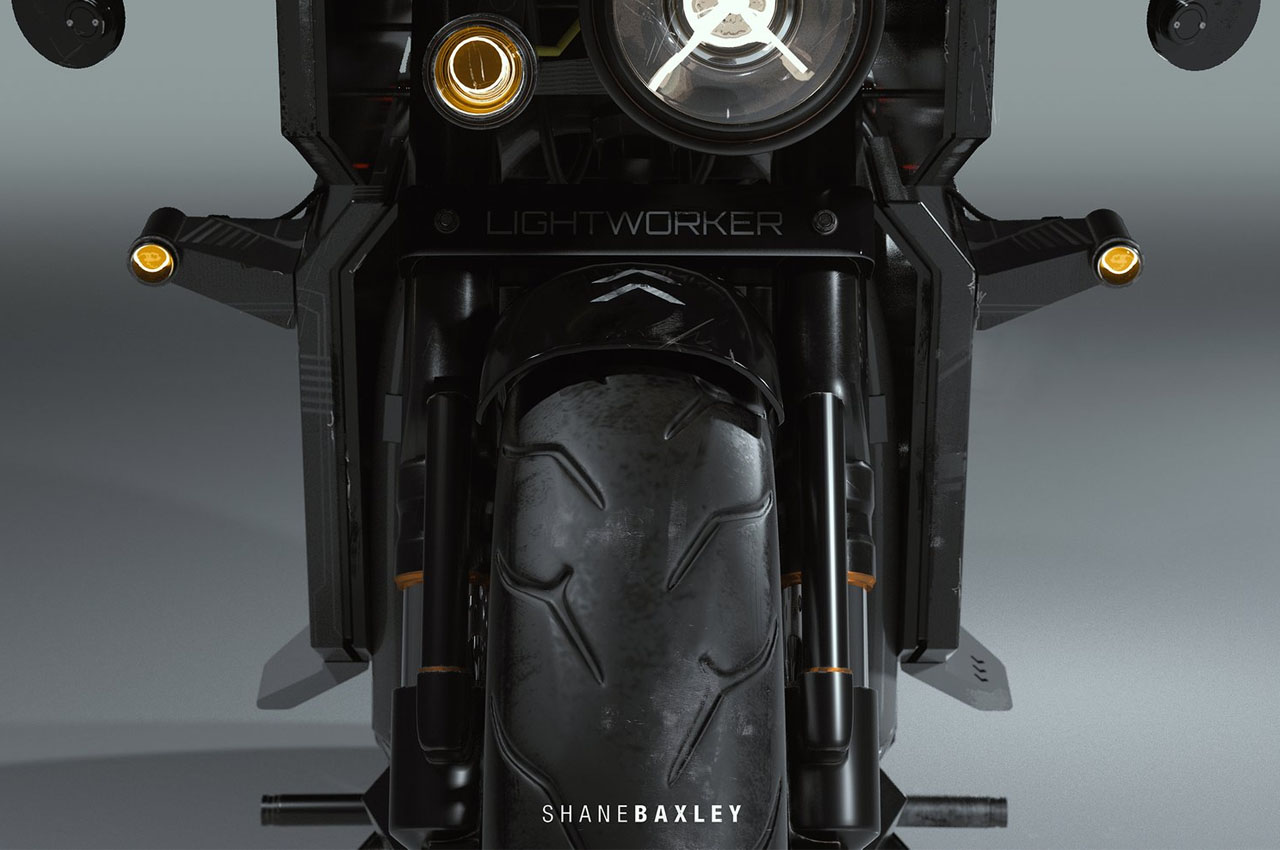 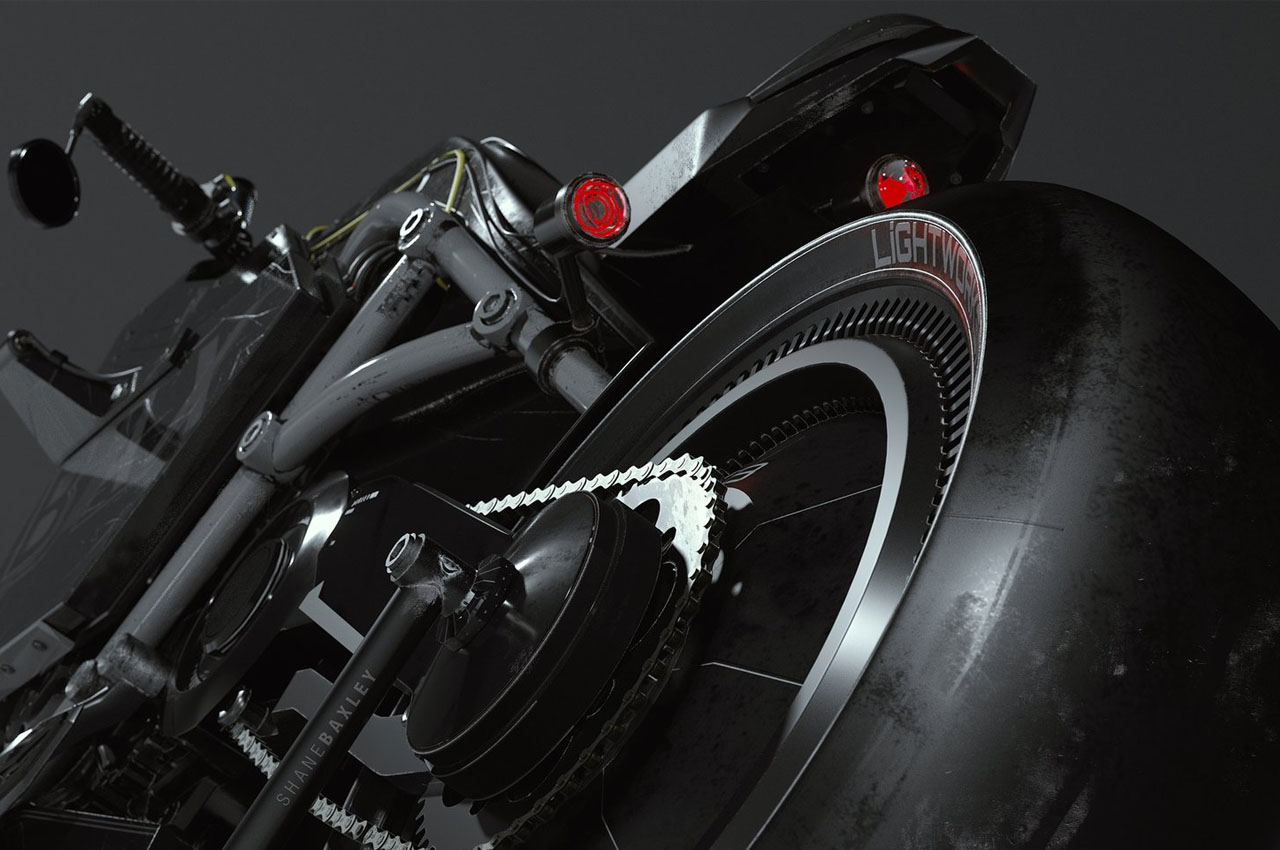 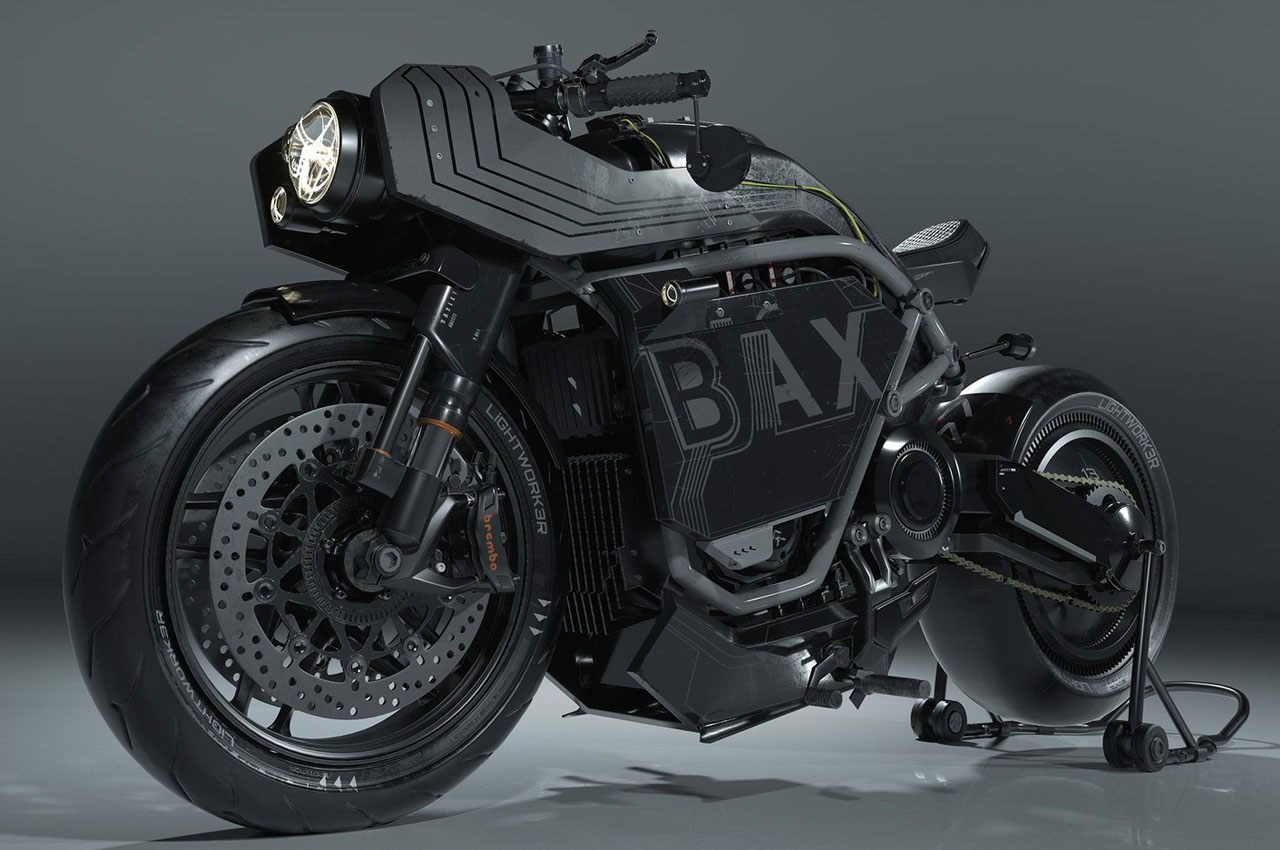