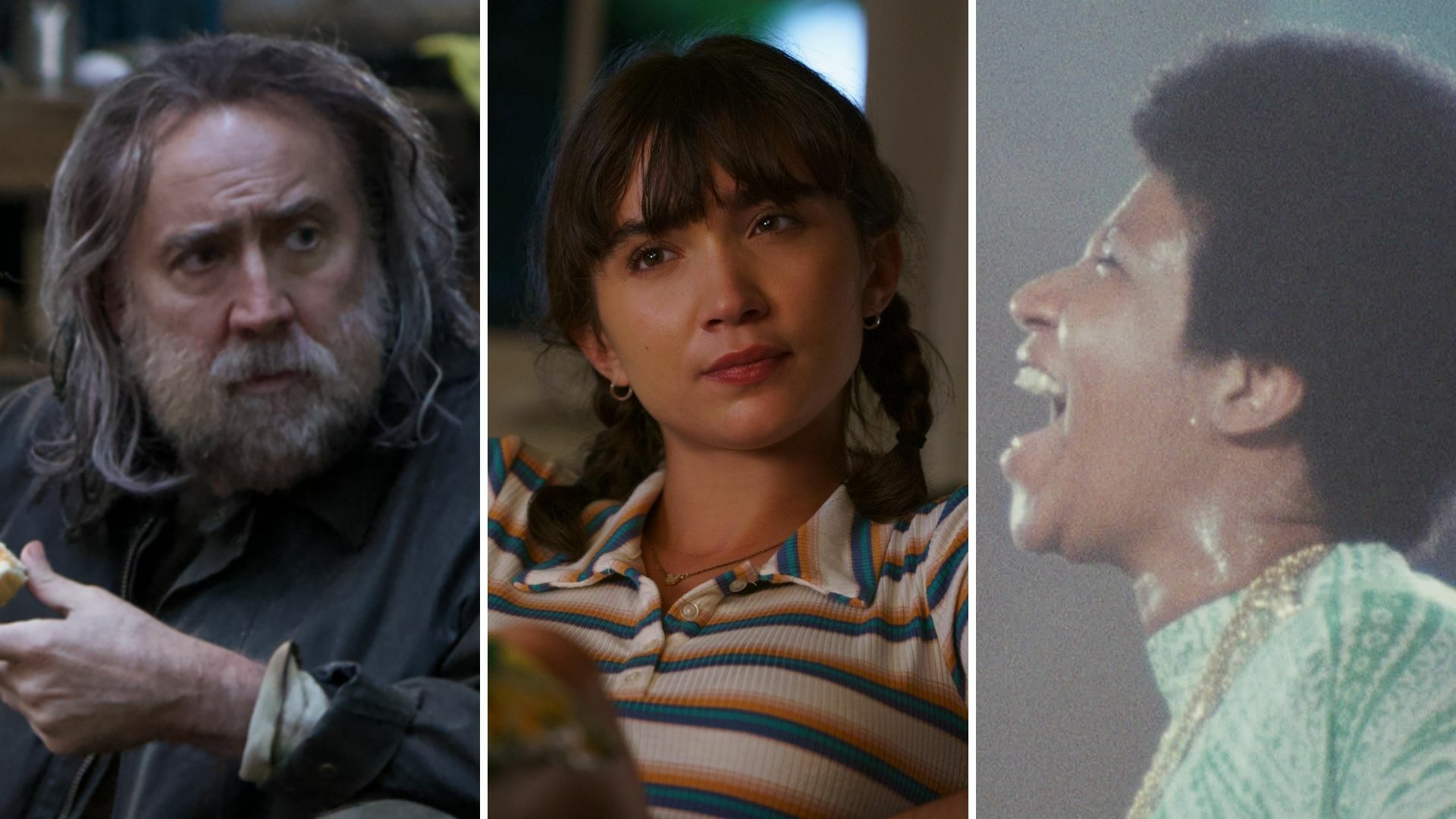 Perhaps one day streaming platforms will quit studying our behaviors with their stalker-ish algorithms and give us what we actually need: a list of every damn short movie that’s streaming. Searching for a movie based on genre? An actor? A mood? I’m sorry, but that’s a luxury few can afford. Runtime is the first deciding factor, my friends.

Until then, at least I’m not out of a job to provide that list for you. If you’re on limited time, or you simply can’t find the energy to commit to a long-ass movie, you’ve come to the right place. Hulu has a decent mix of movies that fit under the 100-minute mark. They may not all hold a candle to our HBO Max selections, but these will certainly give you a good laugh, a gentle cry, or take you on a moving trip through the lives of real people. 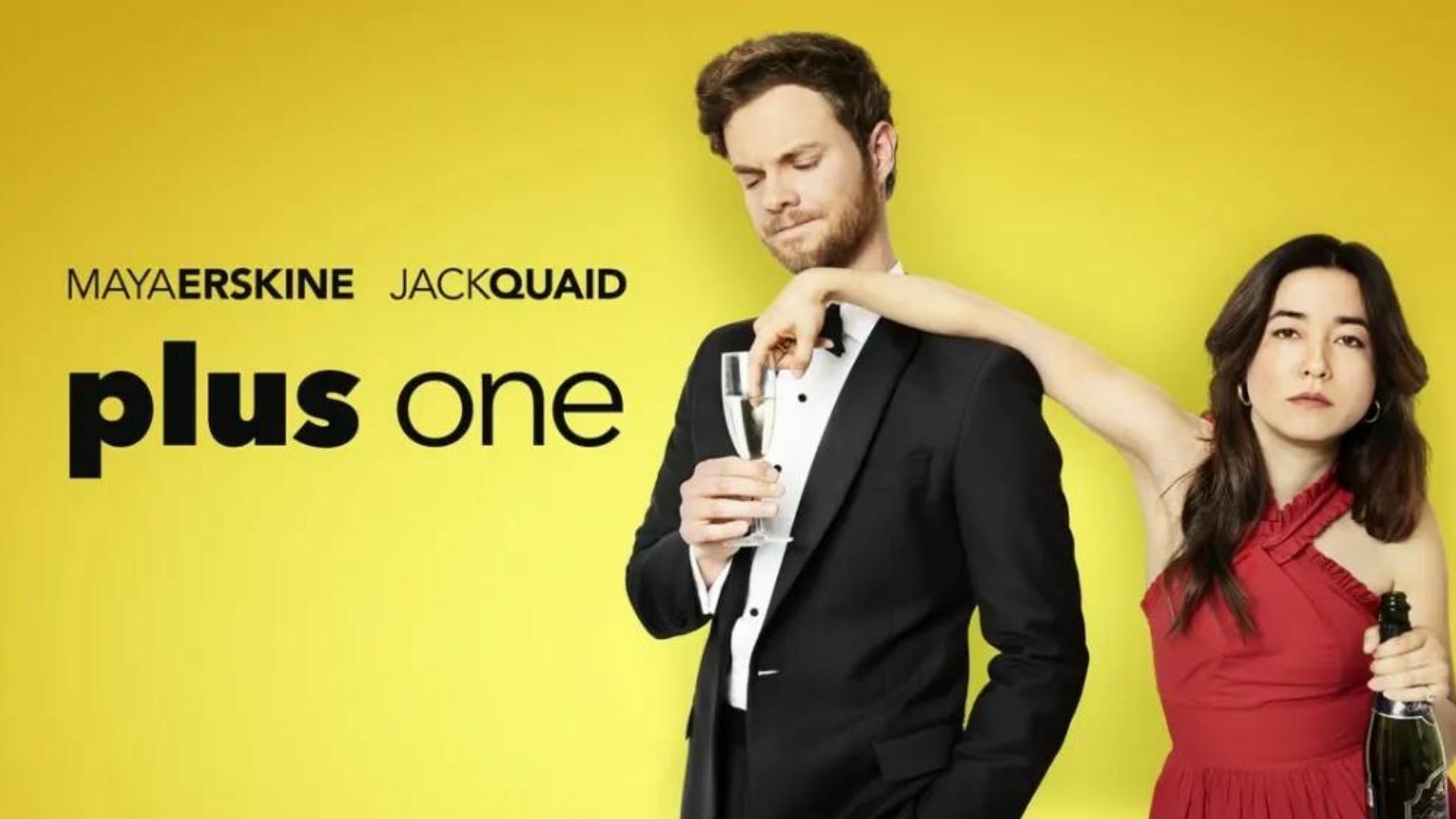 Two single best friends are in the thick of wedding season and to get through it, they both promise to be each other’s wedding dates. It’s such an obvious rom-com scenario it almost sounds trite. But the sweetness of Jeff Chan and Andrew Rhymer’s Plus One and the playful chemistry between leads Maya Erskine (PEN15) and Jack Quaid just makes it… work. While the friend-dates jump from one obnoxious love fest to the next, Alice is stuck getting over an ex while Ben is desperately on the hunt for The One. Of course, we know where this classic story of Best Friends Looking for Love in the Wrong Places will wind up, but watching the two messily fail on the way there is surprisingly charming. Plus One is a real treat thanks to Erskine’s weirdo antics and physical comedy, which bring a refreshing goofiness to the female rom-com lead. 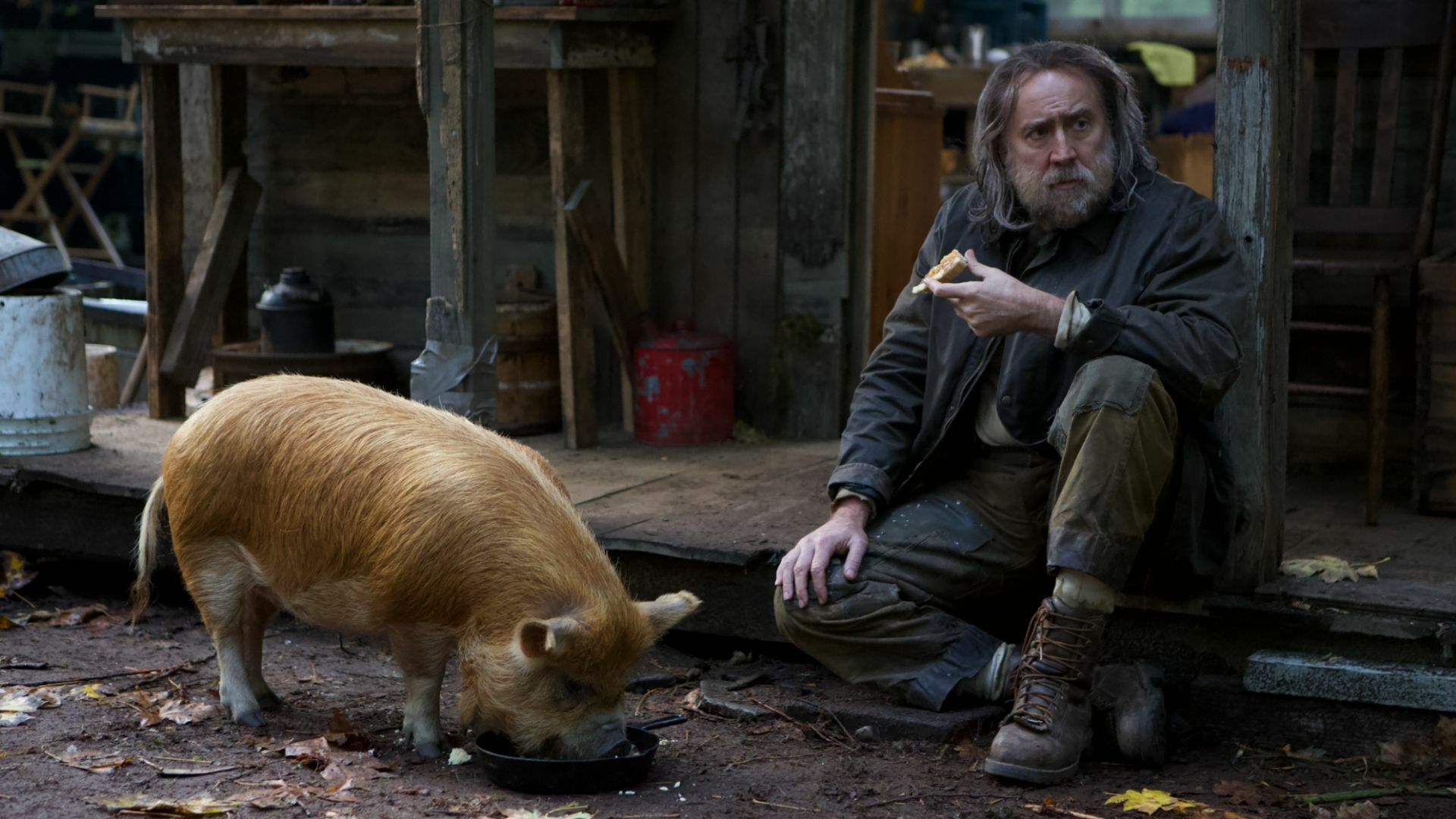 Nicolas Cage Loses His Pet Pig sounds like the perfect offbeat set up for a classic addition to the Batshit Nic Cage Universe. But instead of the meltdown king going typically off the wall, Cage delivers one of his most gentle, subtle, and heartfelt performances as a reclusive mushroom hunter in the Oregon wilderness. After his truffle pig is kidnapped by some big business city folks, Cage’s Rob heads into the bustling Portland restaurant scene to find her, revealing his true identity and past wounds along the way.

Michael Sarnoski’s Pig continually upends expectations, not only of the big and loud emotional eruptions we’ve come to anticipate from Cage, but also of the revenge genre. This could easily be a flashy vengeance thriller oozing with blood and menace, but instead Pig finds the value in quiet emotional exchanges and opts for human empathy over violence. It’s a slow film about love and grief, and one that honors the power of food and memory. If you’re the type of person who cries over episodes of Chef’s Table, this movie’s for you.

Amanda Lipitz’s Sundance award-winning documentary follows the senior class step team of a Baltimore high school, but this is a film about so much more than dance. Step may be what brings them together, but Lipitz eschews the typical sports doc template of following a team to a championship to look closer at the lives of five young Black women, the challenges they face, their determination to succeed, and the educators who support them. Step spends time with each girl as they battle with family issues at home and struggle to keep up their GPAs; it also captures their experience during the protests after the murder of Freddie Gray by Baltimore police. Lipitz’s doc packs a ton of heart, poignancy, and hope into its brief 83 minutes. 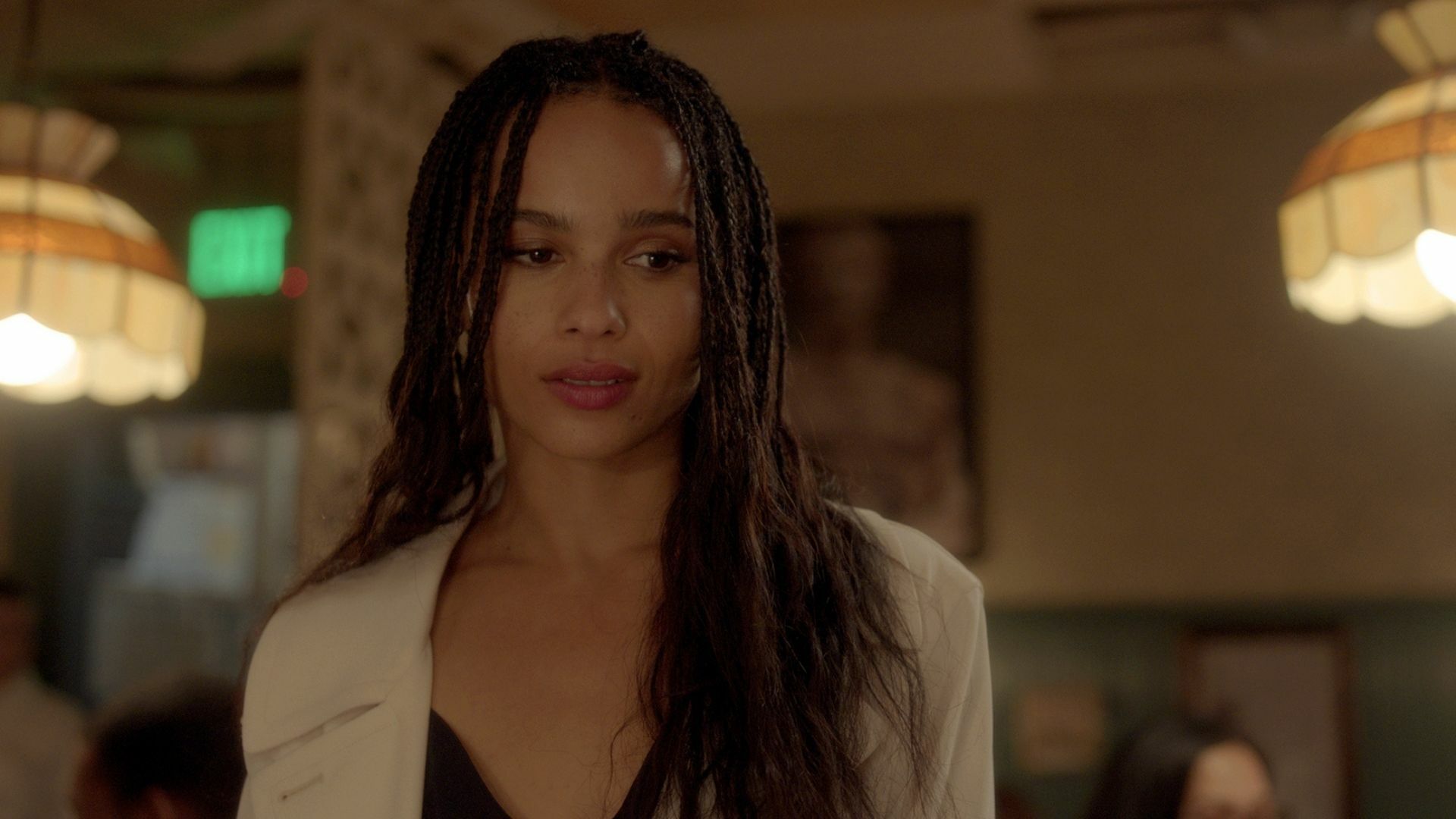 If you’re in the mood for an atmospheric murder mystery set in L.A., then have I got the film for you. It doesn’t get more L.A. than Aaron Katz’ Gemini, a neon-drenched crime thriller about a Hollywood star (Zoë Kravitz), her personal assistant (Lola Kirke), and a dead body found in a Laurel Canyon mansion. Like so many neo-noirs, Gemini’s story is as much about the mystery as it is about the city it takes place in, showing us the darker sides of celebrity glamor and unearthing the shadows of a town built on facade. After Kirke’s Jill finds her best friend and actress boss murdered, she’s interrogated by a persistent detective (John Cho) as the primary suspect. She goes undercover to do her own digging and discover whether she’s been framed.

We won’t argue about the best Coen brothers comedies (or an even messier debate, the best Coen brothers films), but hopefully the sanest of us can agree that Burn After Reading ranks high up there. What’s not to love about a series of zany misadventures about a group of idiots and pricks who all think they’re enmeshed in a high-stakes crime thriller? If only someone could let them in on the joke.

When two gym trainers (a beautifully stupid Brad Pitt and a perfect Frances McDormand) discover a burned CD from an ex-CIA analyst (John Malkovich), they think they’ve landed on a gold mine of secret government info (they haven’t). Chaos and absurdity ensures, from sex to murder to Russian spies and more sex. It’s as dark as black comedy comes, and it’s a damn delight. 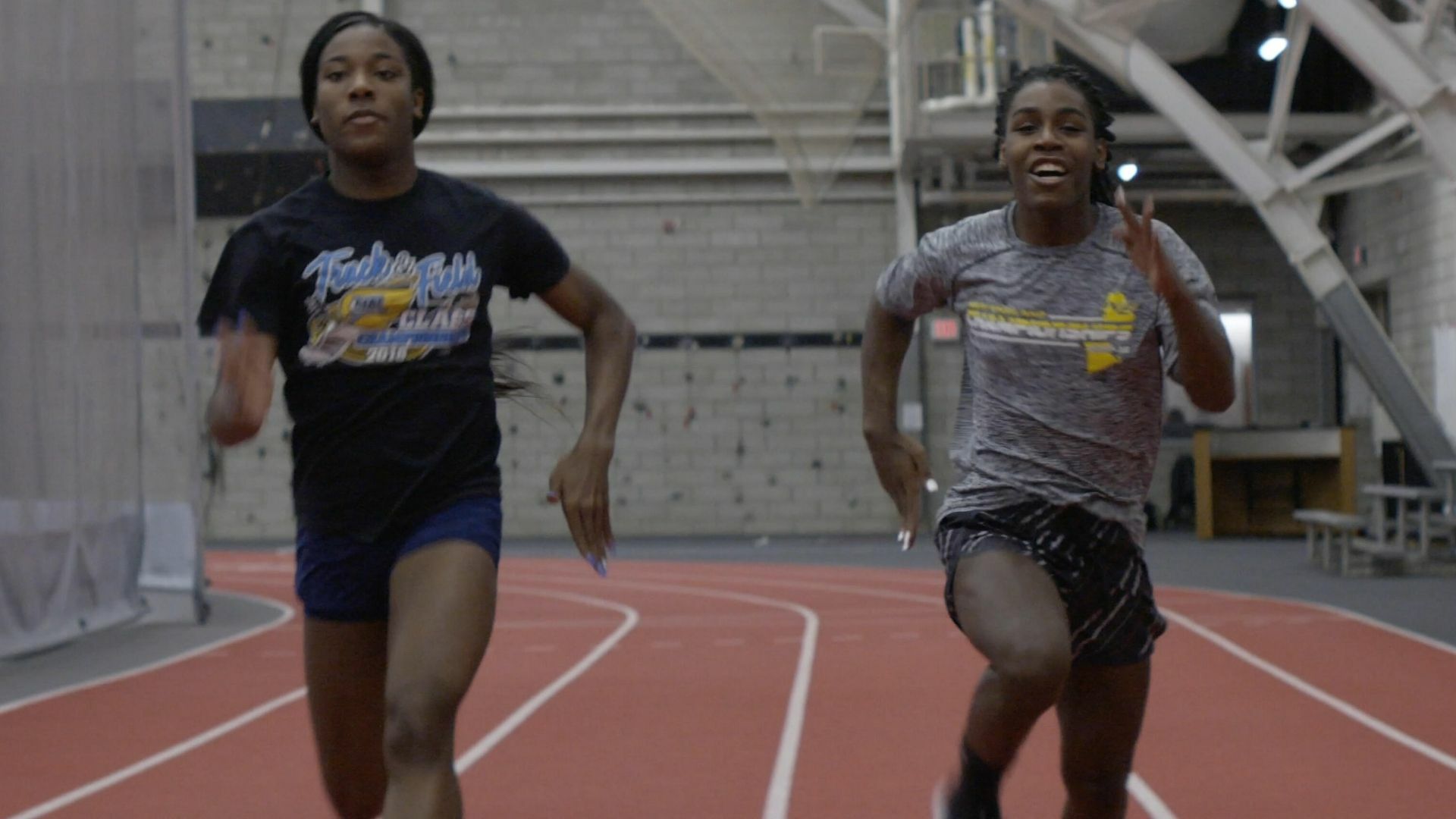 Last week Indiana became the 17th state to pass legislation banning trans youth from sports. If you’ve seen the wave of anti-trans laws in the news (and these heinous bans go far beyond the sports arena, totaling over 155 bills), you know trans and nonbinary youth are under attack more than ever in this country. Changing the Game is a GLAAD award-winning doc that beautifully personalizes the situation young trans athletes are facing. Michael Barnett’s film spotlights three high schoolers — wrestler Mack, track star Andraya, and skier Sarah — their love of their game, their activism to be able to play it on their proper teams, and the relentless harassment and discrimination they encounter. This doc isn’t just important for broader audiences to better understand the attacks on trans youth right now, but it’s an invitation into the personal lives of three young people who are fearlessly trying to live and are fighting to build a new path for the many kids that follow. 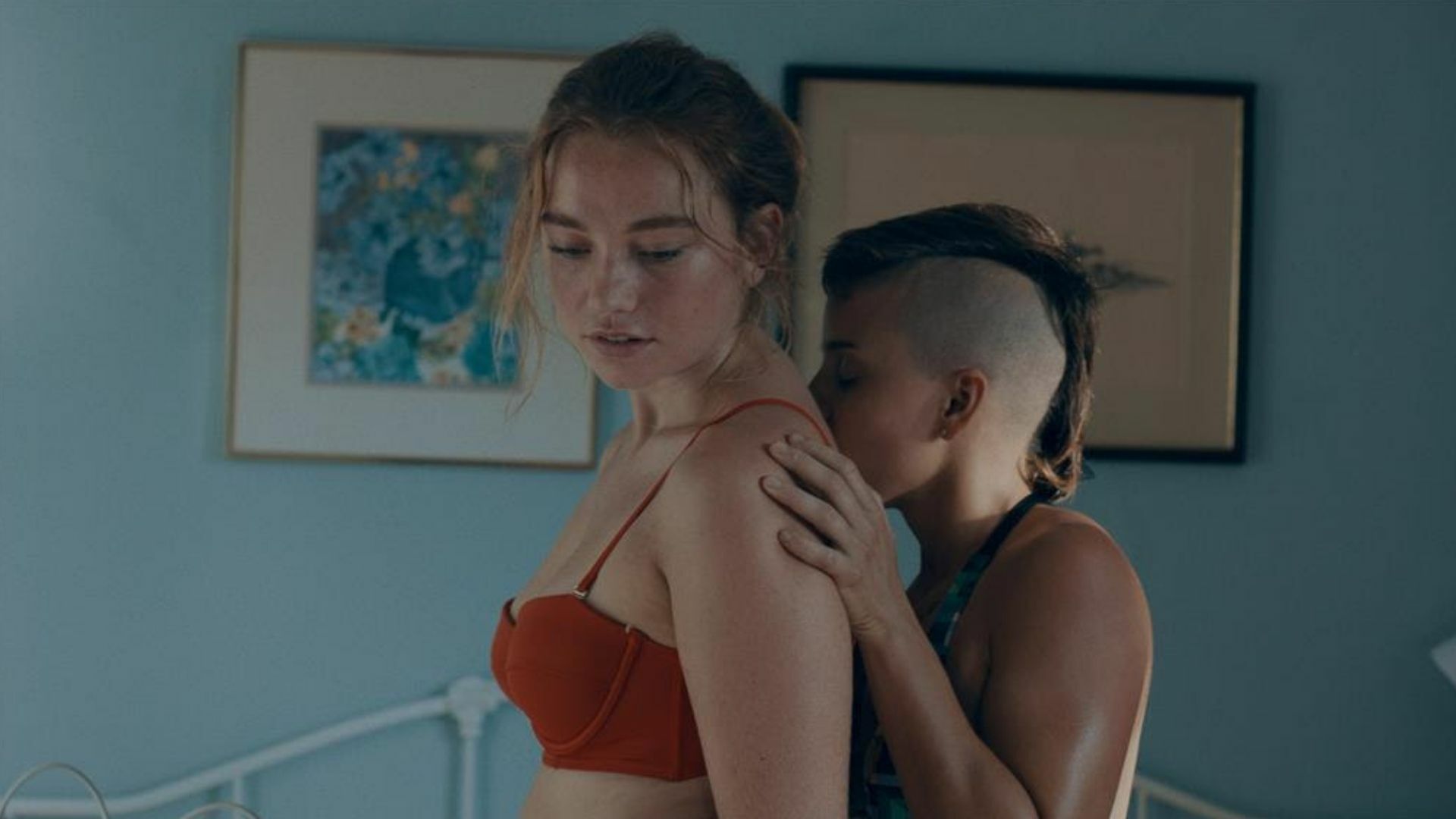 When 16-year-old Cyd arrives at her novelist aunt’s Chicago home for a few weeks, she doesn’t know she’s about to have a bit of a life-changing summer. Most of the events that unfold aren’t big and dramatic, though, but of the more understated variety. Cyd meets a cute girl at a coffee shop and the pair begin a sweet fling. She tries to set her aunt up on a date after the two chat openly about their sex lives. She decides to wear a tuxedo for the first time to a party. Like I said, understated, but all moments that shape Cyd into the young woman she’s becoming. Stephen Cone’s warm coming-of-age story is so ripe with earnest characters and slice-of-life conversations that you wish you could stick around in its breezy summer energy just a little bit longer once the credits roll. 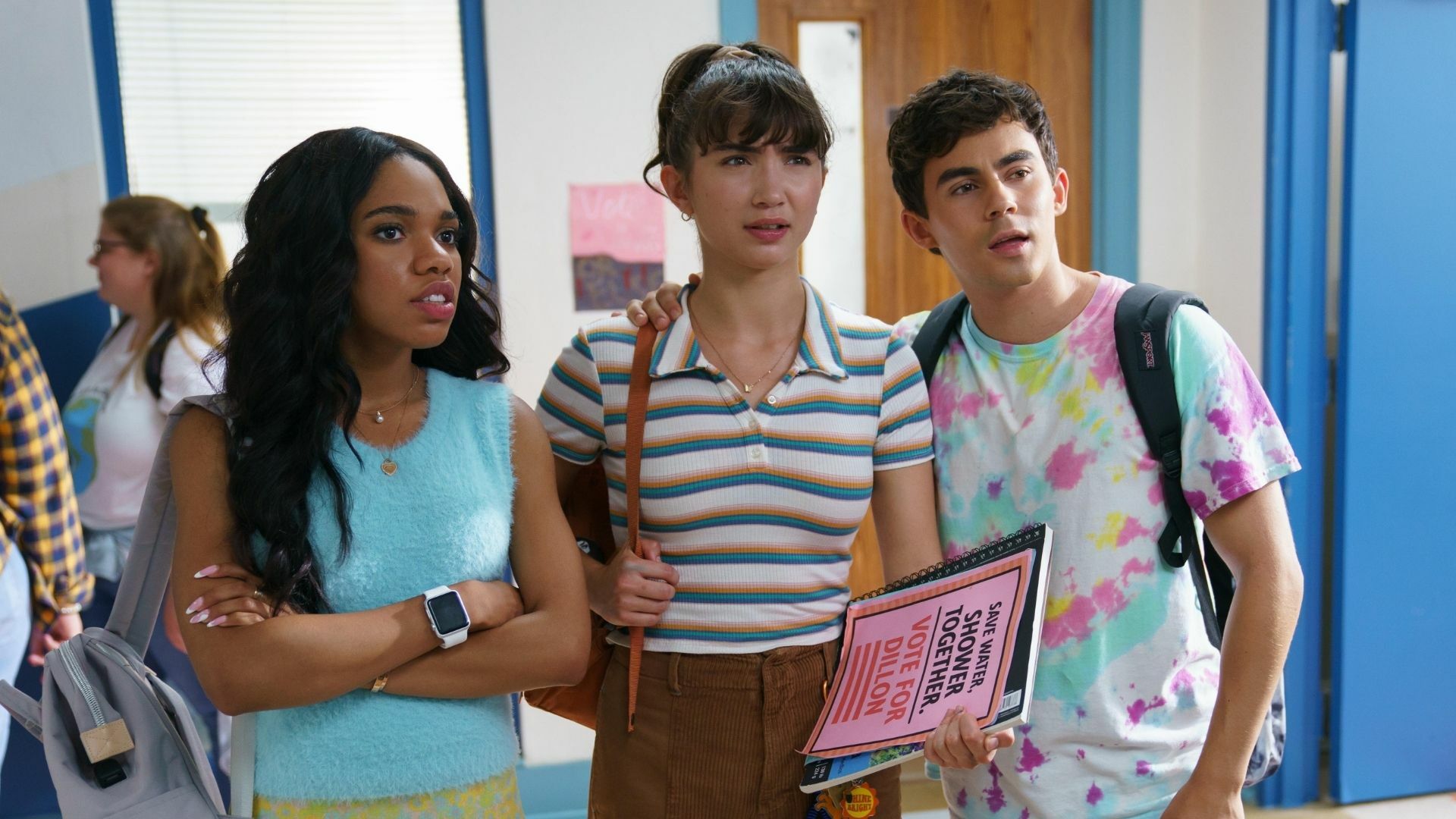 The most refreshing thing about Hulu’s latest queer rom-com is that all the characters are super queer. This isn’t a coming-out story about the one queer girl at her high school, or the shy lesbian who’s secretly crushing on the cool unattainable straight girl — relatable, yes, but we’ve done it. In Crush, Rowan Blanchard’s very-out Paige strolls through her high school hallways as her best friends point out at least five potential date options. A fictional world full of multiple out and proud queer teens? What a concept!

Crush follows a playful (if predictable) love triangle in which Paige desperately tries to lock down her longtime crush Gabriella, the popular girl (guess what, she’s queer!), while drumming up a sweet connection with Gabi’s twin sister, an introverted bi skater girl type. The flirting is a little elementary at times, but the short-and-sweet Crush excels at showing young queer people being themselves and getting a sappy love story to call their own. 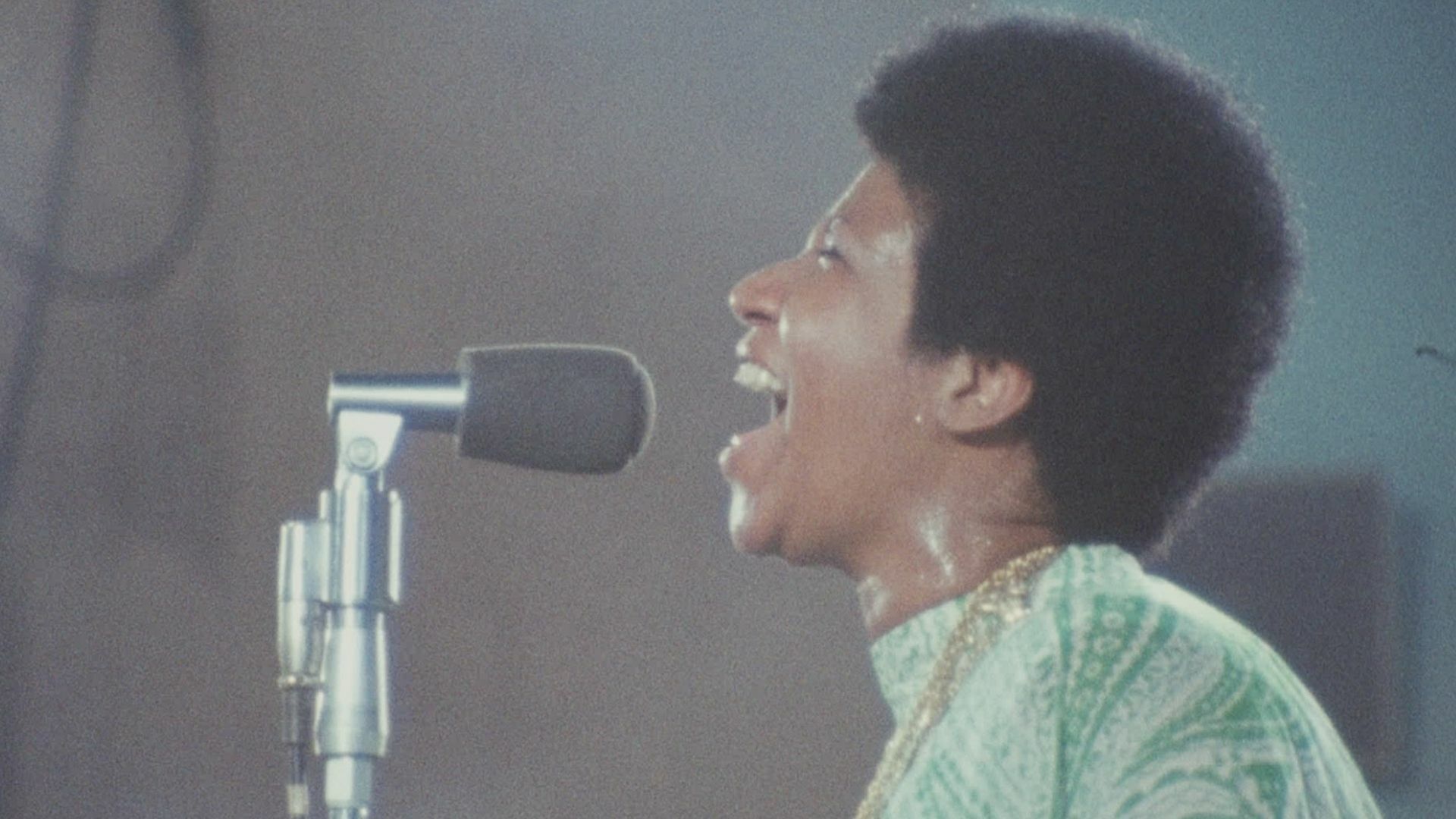 Over two nights in 1972, an audience in Watts, California, got to experience what must have been one of the most transcendent experiences of their lives. Aretha Franklin, only 29 at the time and already an icon, performed what became her best-selling gospel album alongside the Southern California Community Choir. Thankfully we finally get to witness what it must have been like to be in that church and watch the queen of soul sing her heart out in Amazing Grace, a documentary of her performance that went unfinished until 2007 (due to a mistake by original director Sydney Pollack), and unreleased until 2018. Each song is something magnificent to behold, but stay especially for the titular track, a performance that feels like watching an audience become suddenly electrified with the fervor of a football stadium when Aretha tosses her head back to sing. 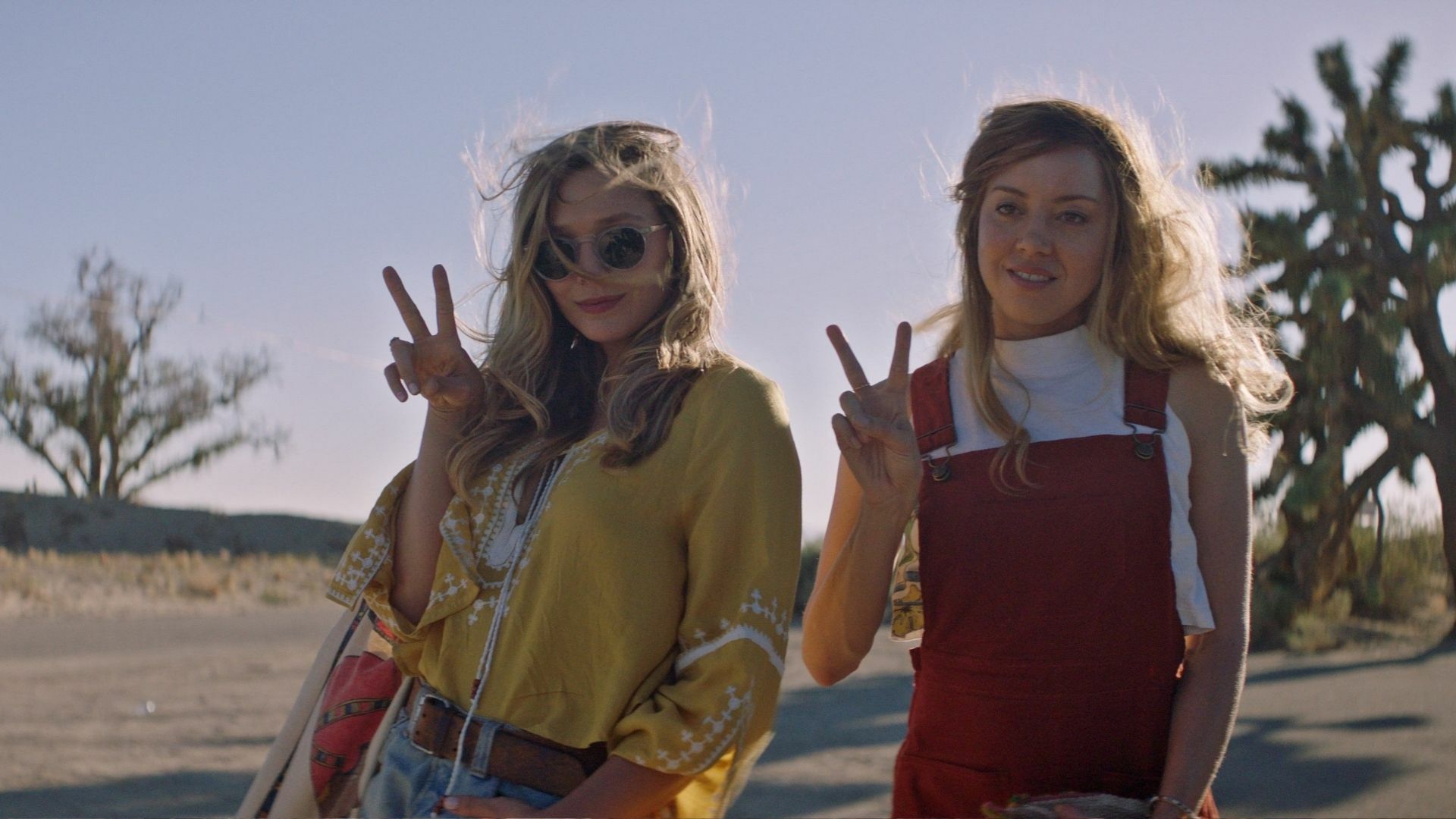 Instagram is bad. This much we know, for multiple reasons. But in the most obvious way, it’s screwed with everyone’s mental health to some degree, whether through encouraging addictive and obsessive behaviors, exacerbating loneliness via FOMO, or sending us into depression over constant comparisons. Matt Spicer’s Ingrid Goes West takes all of that, slaps a black comedy filter over it, and gives us the wild tale of Ingrid Thorburn. After attacking one of her IG influencer idols, the mentally unstable Ingrid (a wonderfully unhinged Aubrey Plaza) decides to move across the country to stalk her next IG obsession, Elizabeth Olsen’s picturesque California cool girl Taylor. Once Ingrid manages to snake her way into Taylor’s life, what follows is a cringe-fest of incidents as Ingrid spirals deeper and deeper into a feed of lies and deception.