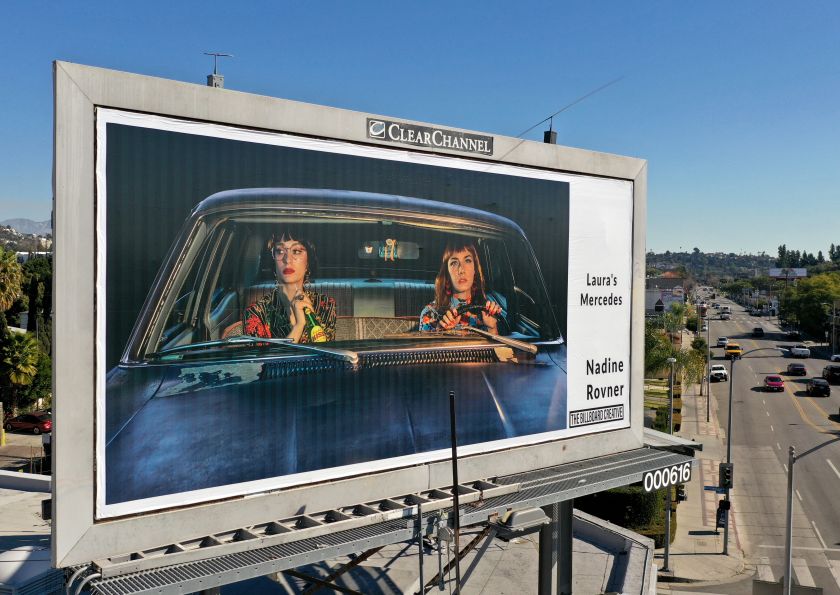 © Nadine Rovner – All images courtesy of The Billboard Creative

Over in Los Angeles each year, there’s an exhibition that features the work of 30 emerging and established artists on 30 billboards across the Californian city. It’s a simple but clever idea that turns giant billboard ad spaces into open-air galleries for all to see.

If you know LA well, then you’ll understand it’s not really a place where you walk everywhere – not like New York or London; it’s somewhere that hugely depends on owning and driving a car – so makes sense: it brings art to the people when they’re going about their busy schedules.

Now in its seventh year and set to launch on 5 April, this latest show will include works from guest artists include , who addresses issues of immigration and shines a light on the “invisible” workforce that keeps the pools, homes, and gardens of Los Angeles in pristine condition;
, whose work “investigates notions of cultural identity from a kaleidoscopic perspective, a continual shift of idiosyncratic translations and slippage”; , who is renowned for his drawings and mixed media installations that are set amongst agricultural landscapes, and , who loves to paint African-American women and men submerged in water. 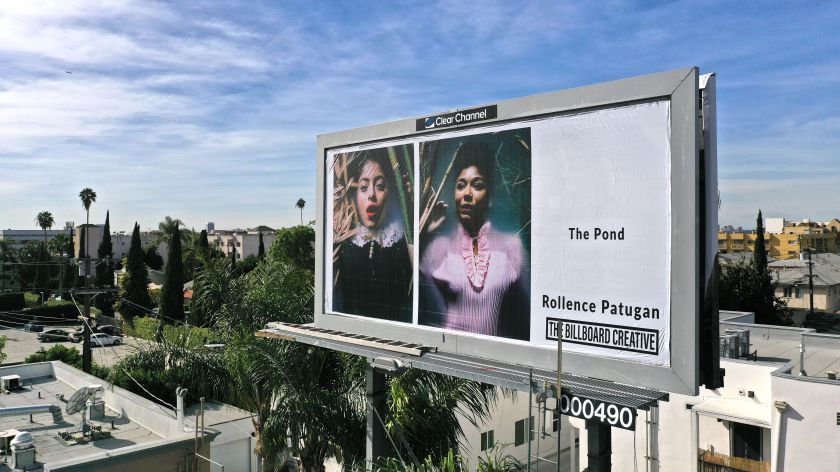 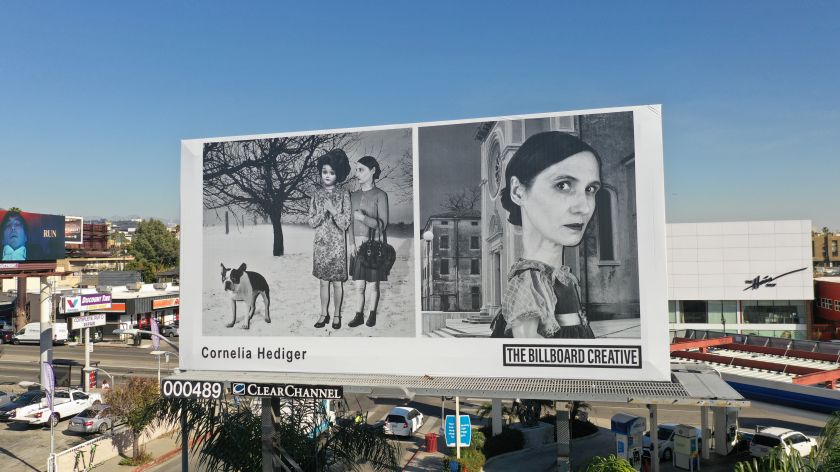 But it’s not just about exposing people’s work and raising their profile, as curator Victoria Burns explains: “This exhibition is meant to be thought-provoking and addresses some of the most important issues of our time through a variety of artistic voices.”

Launched in 2014, The Billboard Creative’s goal has always been to “provide emerging and underrepresented artists with a platform to elevate their profile through massive exposure and to bring art to the public via billboards,” says TBC Founder and Executive Director Adam Santelli. “With Los Angeles museums closed to the public for roughly a year due to the pandemic, now is more important than ever to continue to bring this art experience to the streets and create an opportunity for Angelenos to discover their new favourite artists.”

To date, the annual exhibition has hung nearly 200 billboards featuring the work of artists from around the globe and has generated over 40 million outdoor impressions. It will run from 5 April until 30 April 2021. To see the interactive map with billboard locations and artist details, go to . Meanwhile, here are some works from previous shows to enjoy. 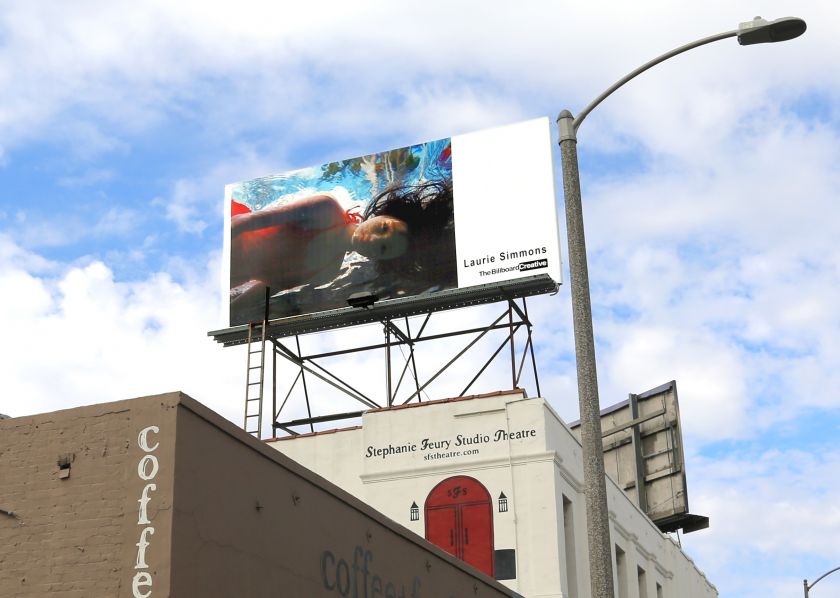 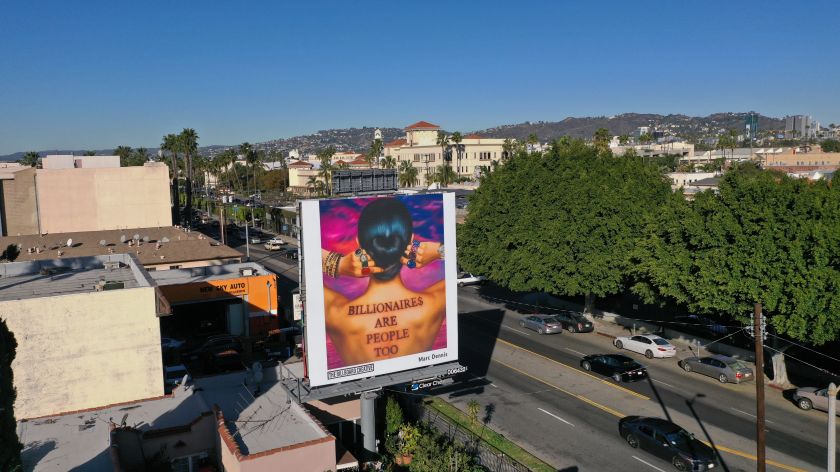 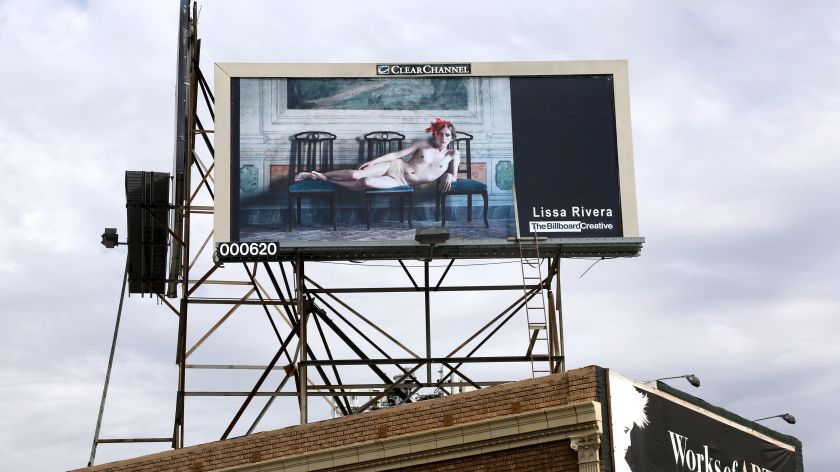 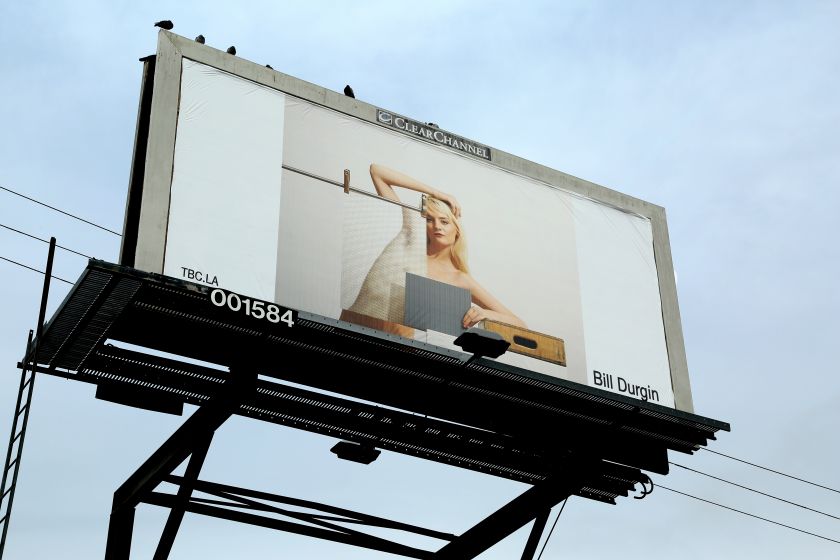 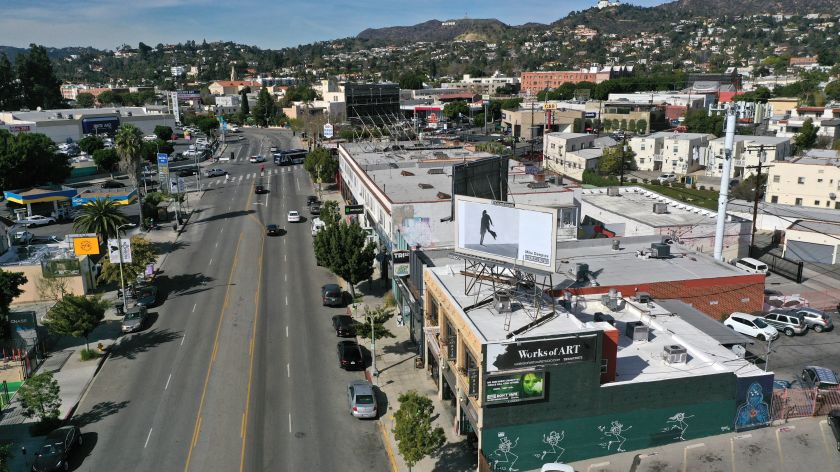