The Connor Brothers retrospective looks back on a decade of Pulp Fiction, mystery and wit 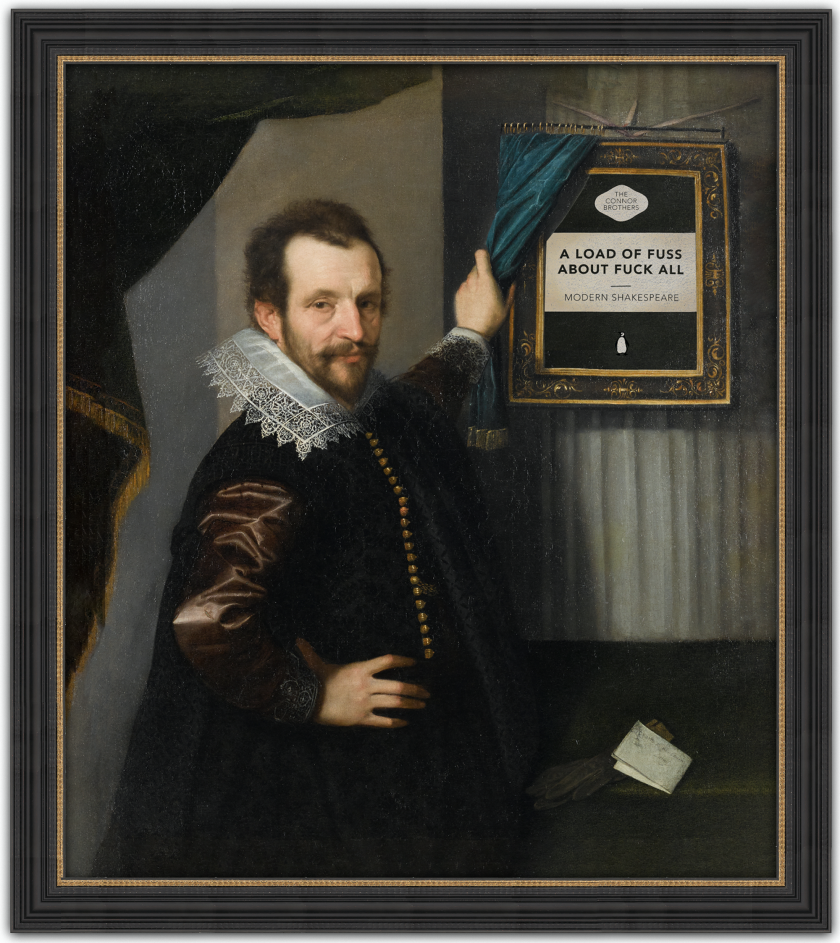 Ever since they started in 2011, The Connor Brothers have provoked both awe and intrigue in the art world. To celebrate the twists and turns of their fascinating tale, the Maddox Gallery is hosting a retrospective exhibition containing their most significant body of work to date.

Named after one of their most iconic hand-finished books, the exhibition maps out The Connor Brothers story across three chapters, each in their own Maddox gallery. Opening on 15 October and running until 3 November, the retrospective includes work from their popular Pulp Fiction series and True Love Stories, all the way through to their latest bastardised oils and lockdown studies.

As the first UK Maddox Gallery takeover, the exhibition promises to be an insightful look at the work of James Golding and Mike Snelle, who were something of an enigma when they began in 2011. Having adopted the guise of Franklyn and Brendan Connor, fictional twins who had escaped from a cult called The Family, it was only until 2014 that the veil was lifted on their real identity. 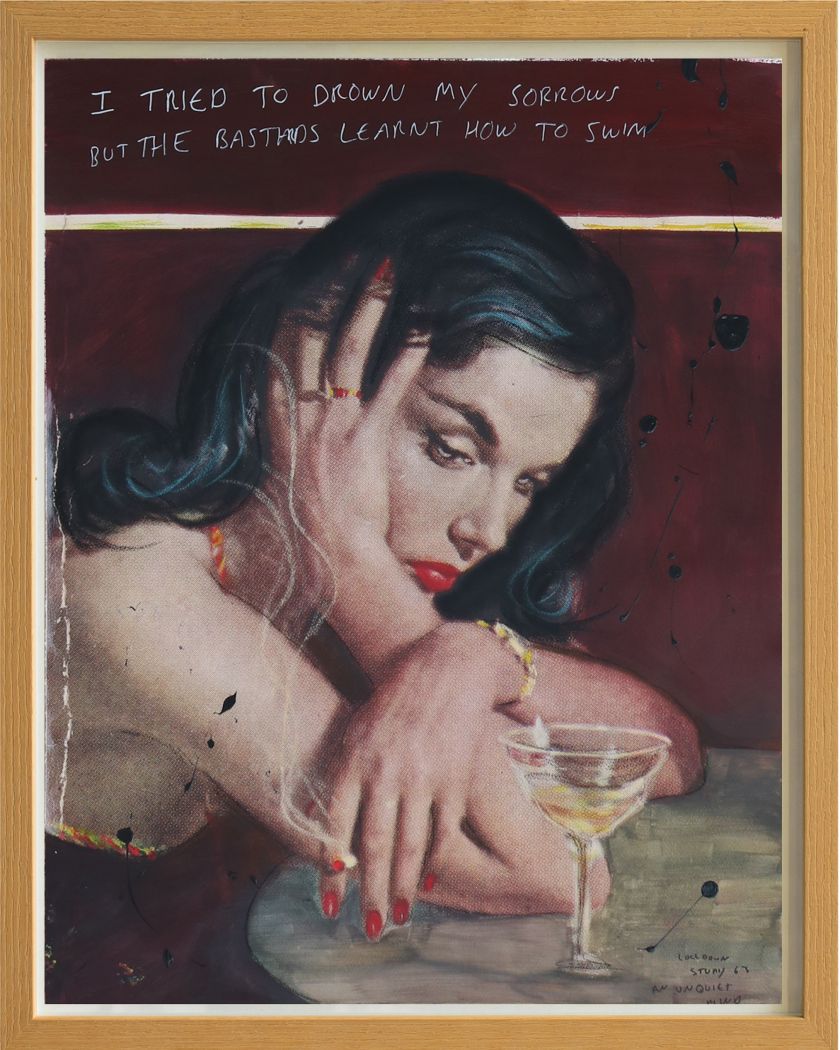 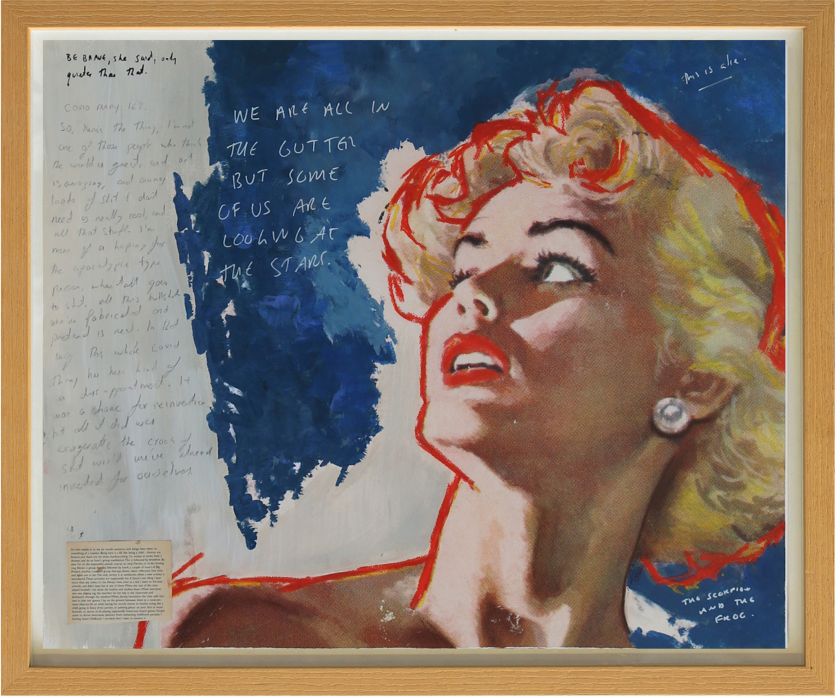 Following a solo exhibition at Guy Hepner in 2013 and a successful auction at Bonhams in 2014, the pair decided that their work was strong enough to speak for itself. In an exclusive interview with The Telegraph, they revealed their true identities, and since then, have gone on to exhibit globally under their own names.

Speaking about the importance of that constructed backstory over ten years on, the pair told Creative Boom: “Our entire career has been a weird blur between fiction and reality. In an ideal world, we’d still be hiding comfortably behind the Franklyn and Brendan story, as in some ways, they were the best of times when we lived in the fiction. It was intense and strange and interesting.

“The great thing about The Connor Brothers is that it’s this long and interesting story, which feels like it’s a novel, but it’s been played out in real life with all sorts of fictional characters.” 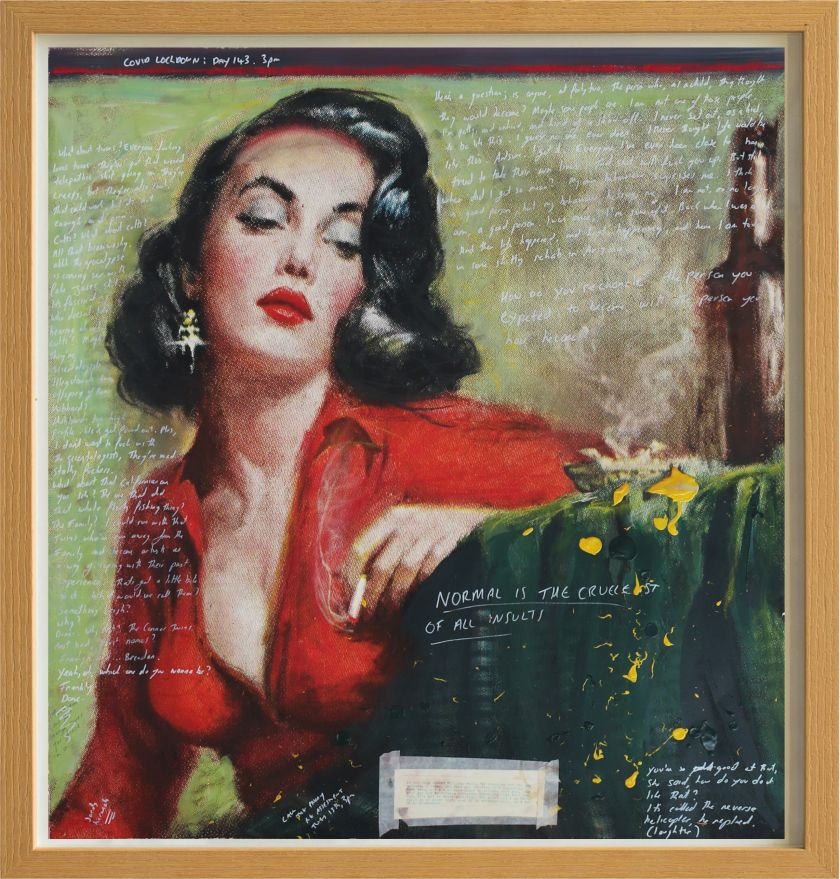 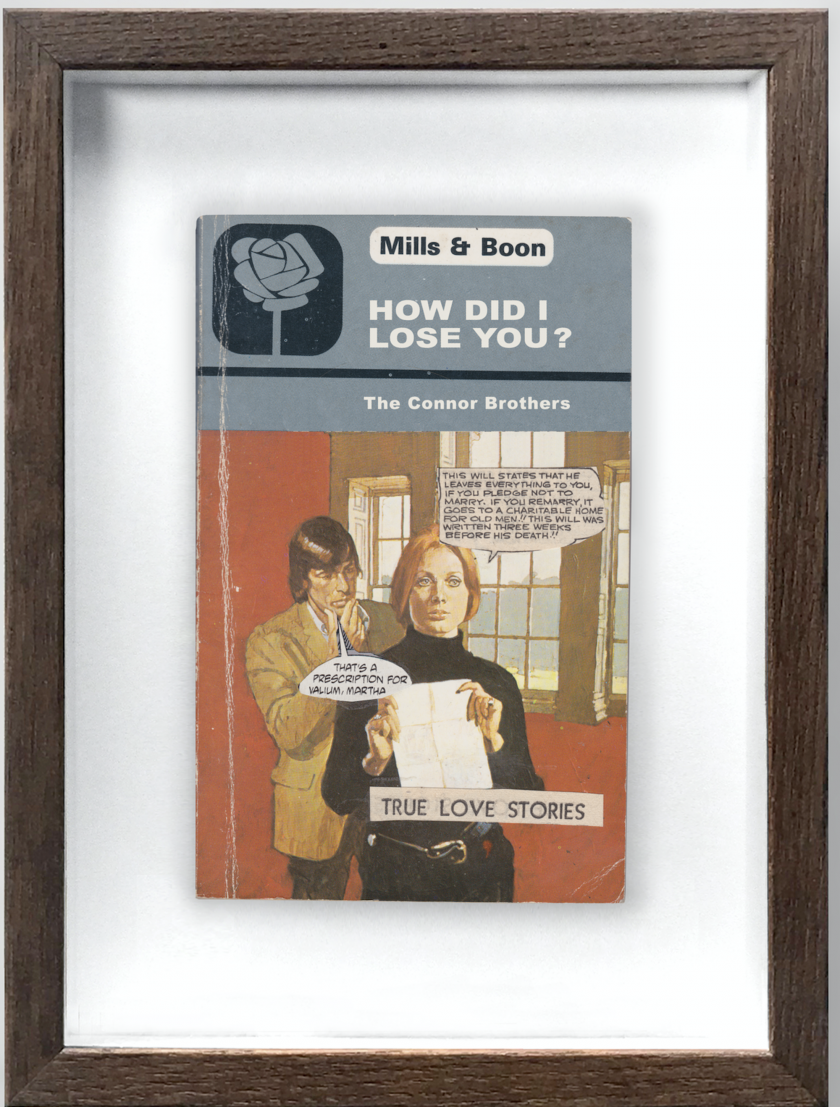 While not siblings themselves, James and Mike have a brotherhood and passion for art that has seen them create works in support of personal and societal issues. The duo is also renowned for its philanthropic pursuits and a commitment to raising money and awareness for mental health charities.

These altruistic ambitions connect to their backstory, as the pair agree that The Connor Brothers myth had a somewhat disarming effect and helped audiences open up about their own struggles. “They might not share the experience of growing up in a cult and being a recluse, but something about it resonated with other people who had struggled, and that started to become a thing that we wanted to engage with.” 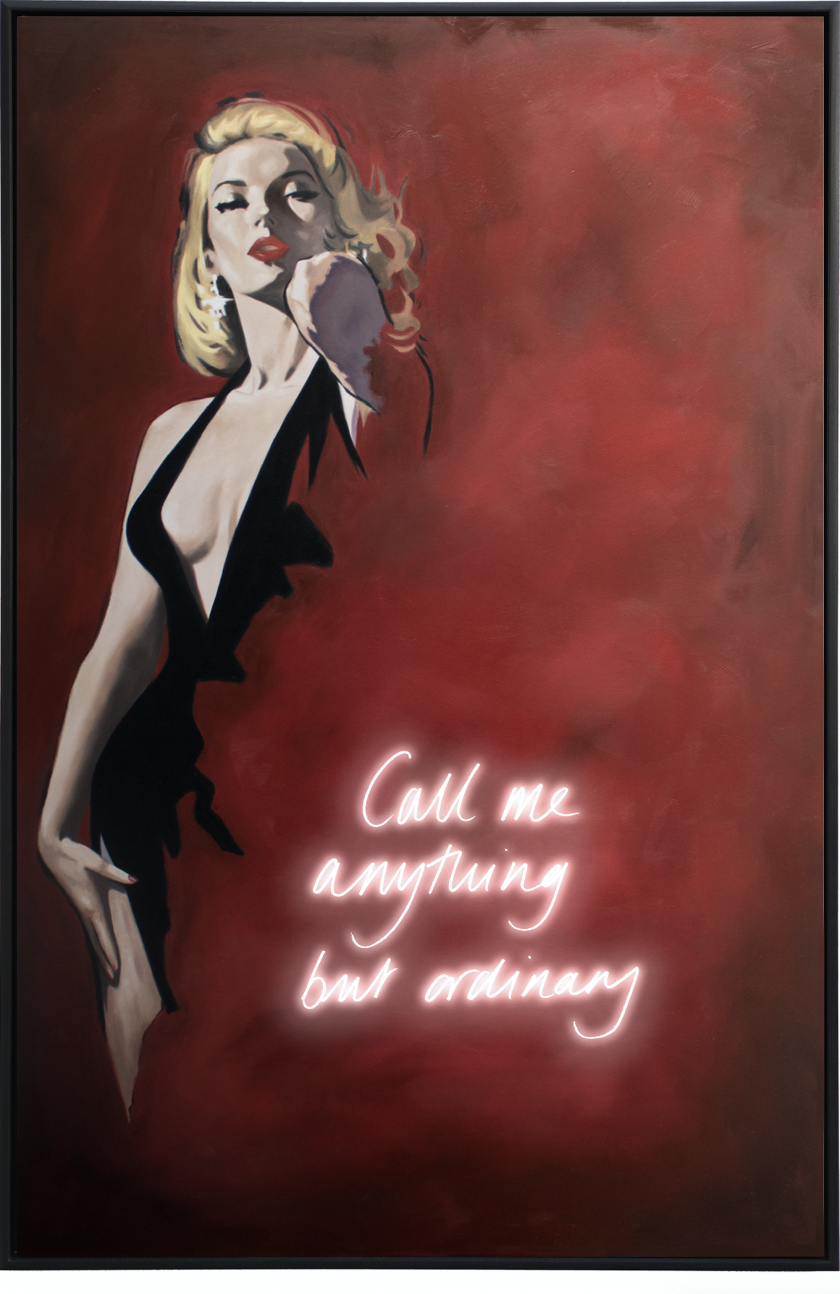 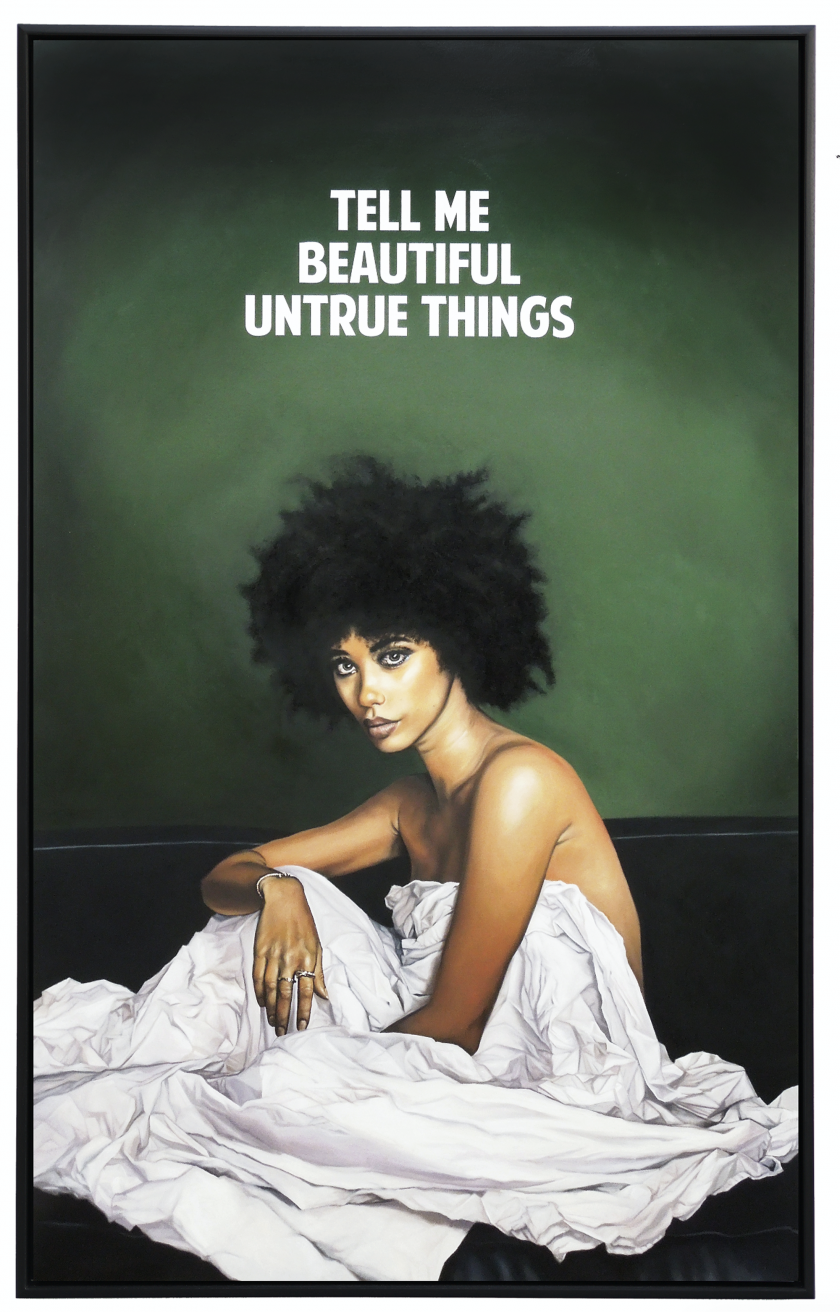 The Connor Brothers are perhaps best known for their Pulp Fiction series, which features heavily in the exhibition. This rich body of work sees pin-up artwork from dime novels paired with unexpected and witty captions like “the truth is rarely pure and never simple.” It’s a powerful combination and one that aims to question our meaning of the truth.

“With Pulp Fiction, the actual content within the novels is bleak,” add James and Mike, “and for us, it was a nice idea to try and recontextualise it; to make it more relevant to our times and to make something positive out of something quite negative.”

Rounding off the exhibition is a series of lockdown studies. For James and Mike, the restrictions of the pandemic was a surprisingly beneficial opportunity to work like they used to before the fame and success of The Connor Brothers took off. “When we first began, it was just the two of us, and no one cared, so it was very free, fun and kind of silly. We were just making art to make each other laugh.

“Then things started to get traction, which is great, but it also lost something magical. We’ve ended up with quite a big studio, and in many ways, the lockdown was nice for us both because we were forced to go back to basics and work together as the two of us again.”