Theo Jansen has been constructing kinetic sculptures for almost a couple of decades now, and they’ve been a big hit with the people who appreciate creative builds. It’s been a kind of a tradition for the Dutch artist to hit the beaches every summer and show off his new, improved creations to the awe-struck onlookers. The impressive skeletal-like wind-powered structures are brought to life with the subtle gusts of wind which in itself is a visual treat.

He calls them, the Strandbeests, and his pipedream is to lend them an evolutionary future where these lifeless creations life their own conscious lives. As he very lightly puts it, “Give me a few million years and my Strandbeests will live completely independently.” Well, I won’t agree much with that vision, still, his more realistic aspirations do inspire me. After around 12 generations of evolution, these PVC tubing creatures have morphed into intimidating beasts, moving around on the beach independently.  His latest creation in works is the Volantum which flies like a free creature. A giant beetle-like kite to be precise. 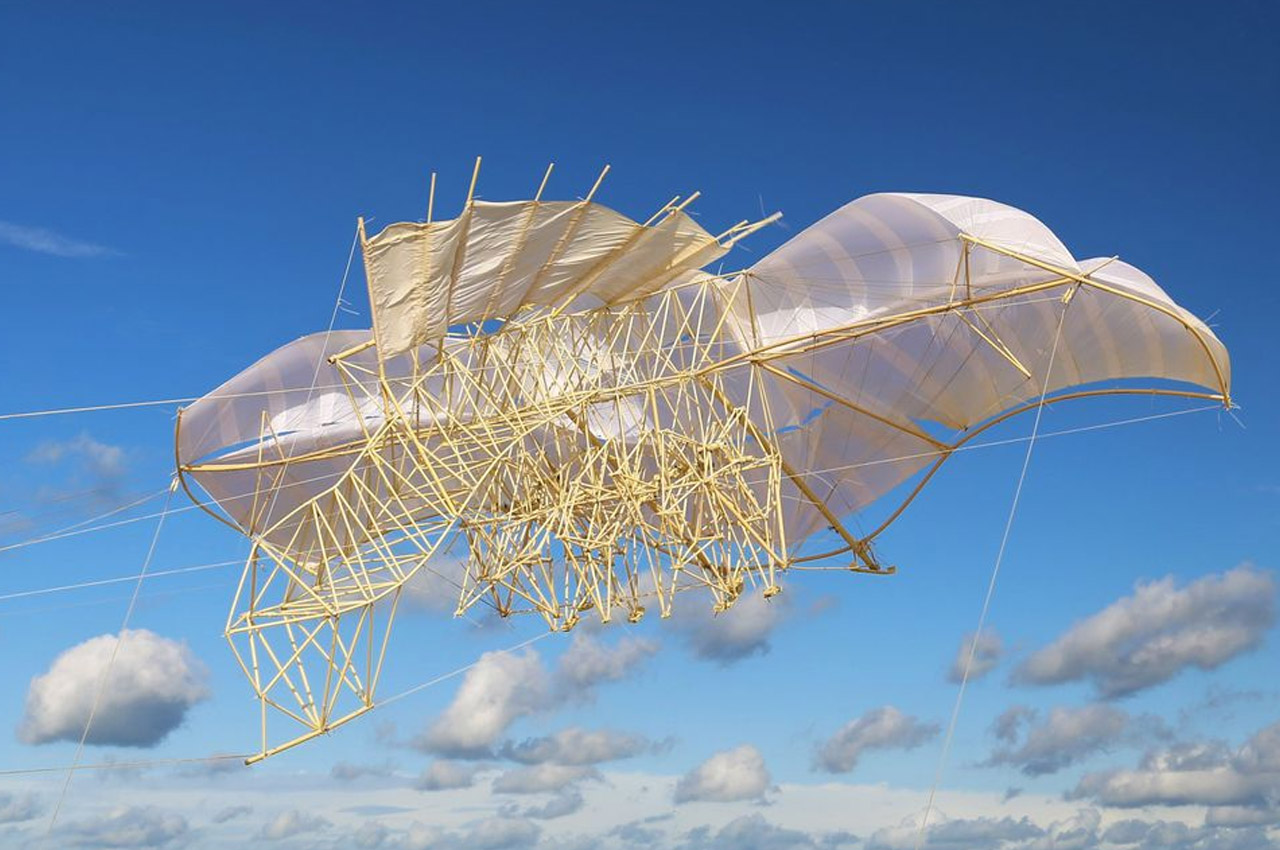 Those flapping wings now enable these mystical creations to rise above the ground and soar with the flow of the wind. Each one of these creations has a Latin name associated with it like Animaris Vulgaris, Animaris Rhinoceros, Mater Extensa. 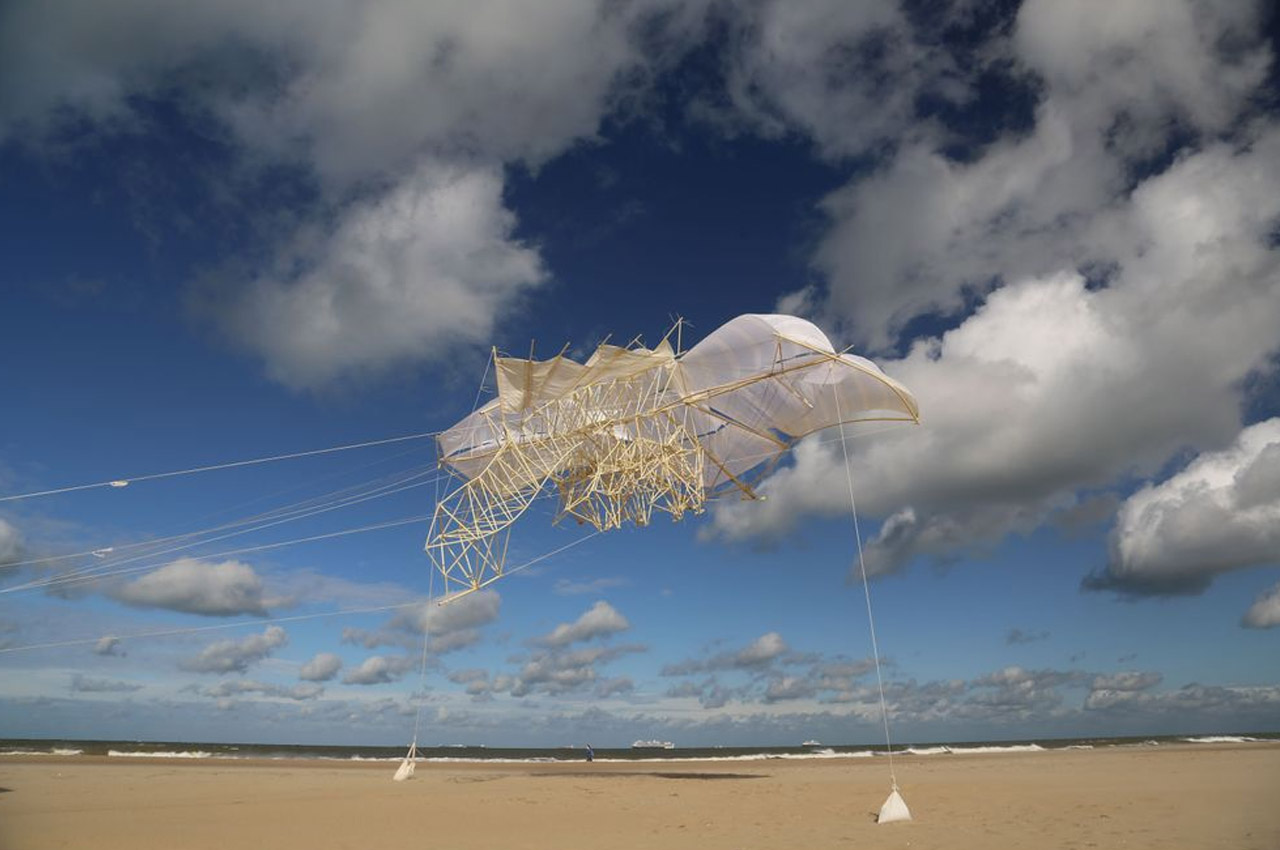 The artist’s burning intention for these flying contraptions or even the earlier builds is to get over the problem of climate change and the consequent rising sea level. That he wants to solve with these unique kinetic builds as they churn up the beach and blow the sand onto the dunes to reinforce them. These intimidating creatures are driven by the wind energy which propels the spine (more like a car’s crankshaft) and then the several legs attached to it are driven. 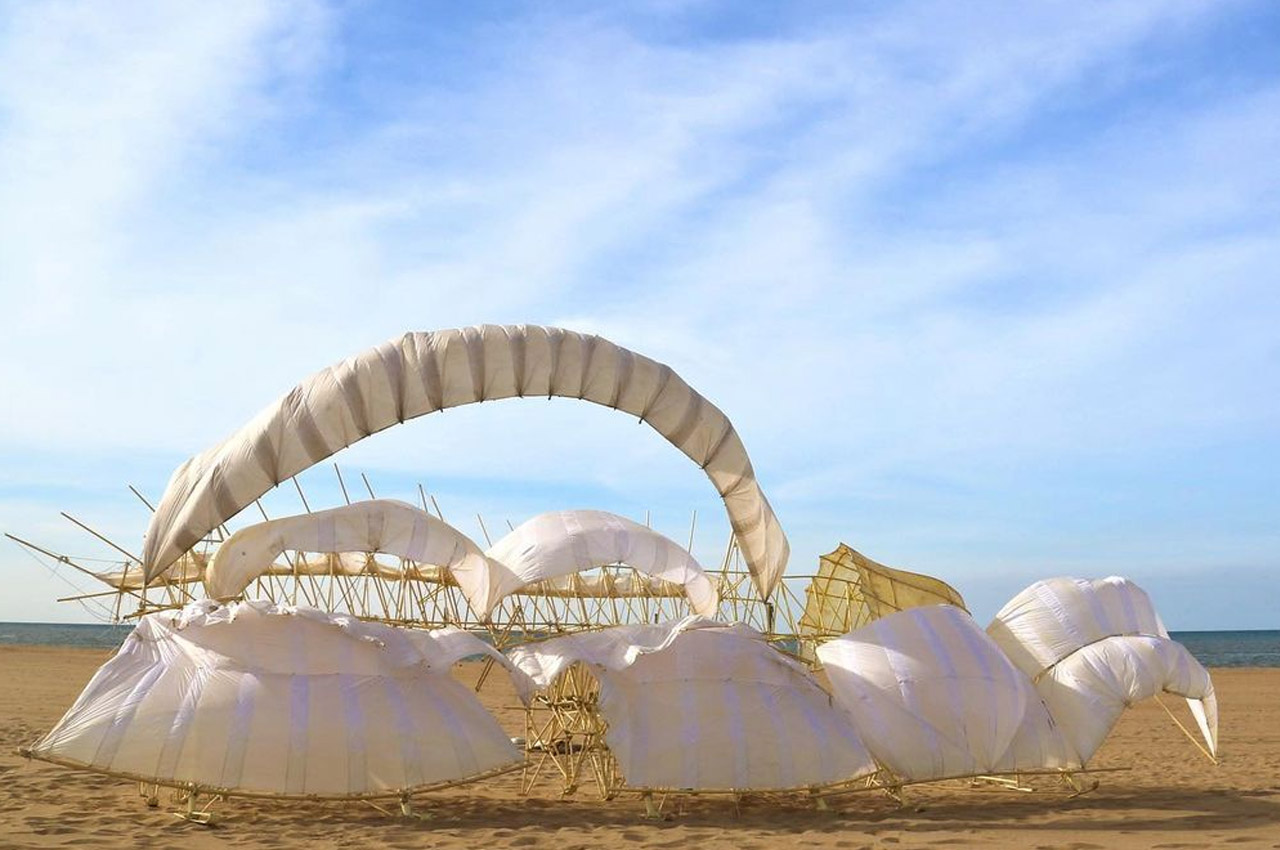 This enables even heavy loads to move forward without any other source of energy. That’s the amazing science behind these evolving flying creatures that who knows will graduate into conscious beings capable of doing unimaginable things. 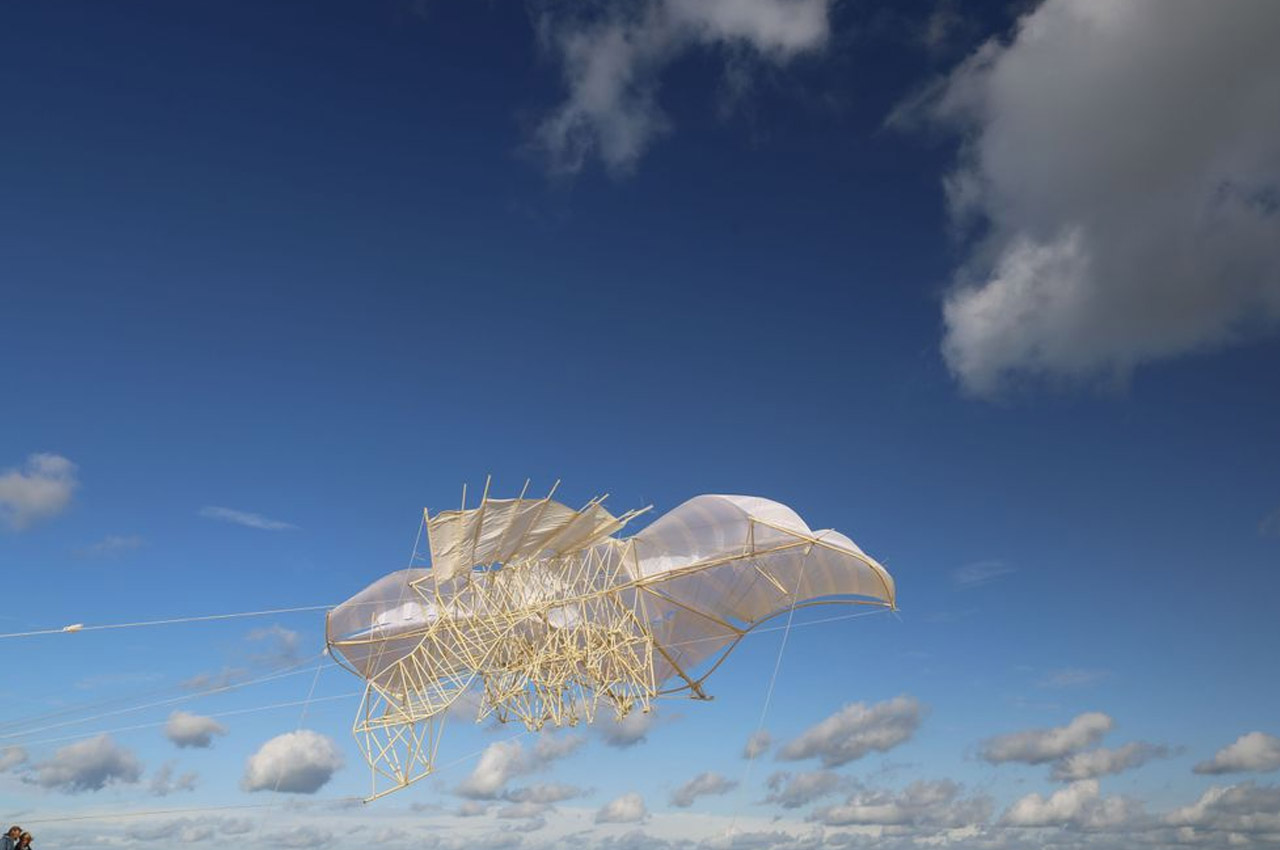 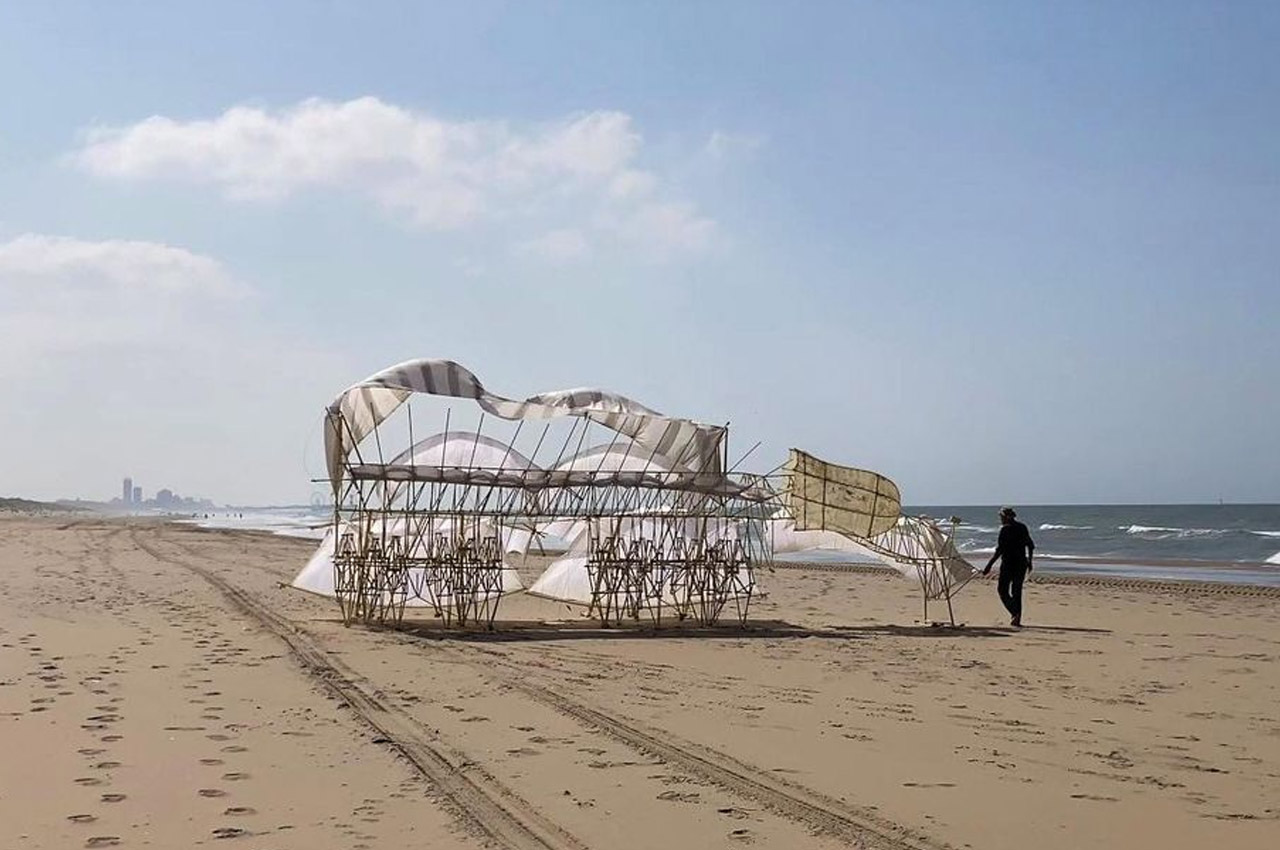 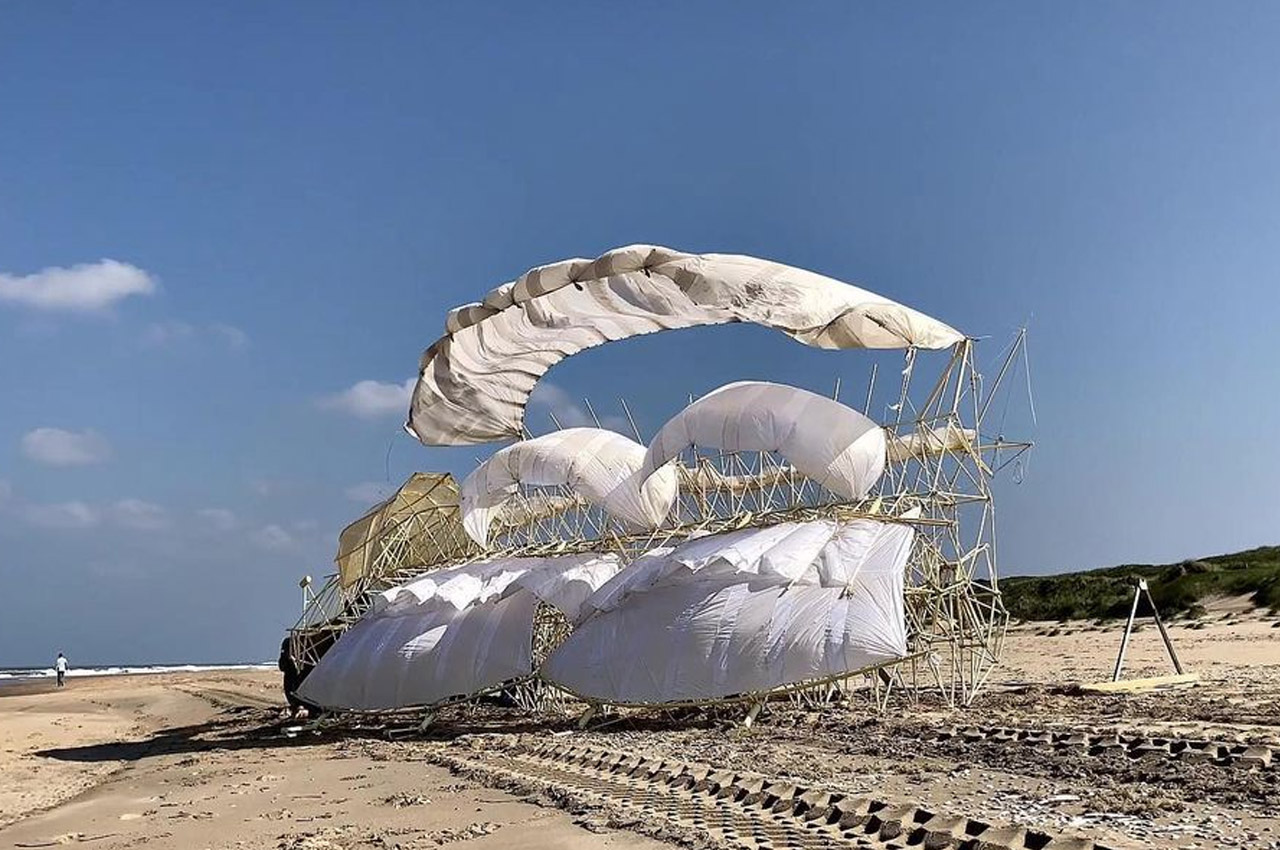