The freelancers’ guide to pensions 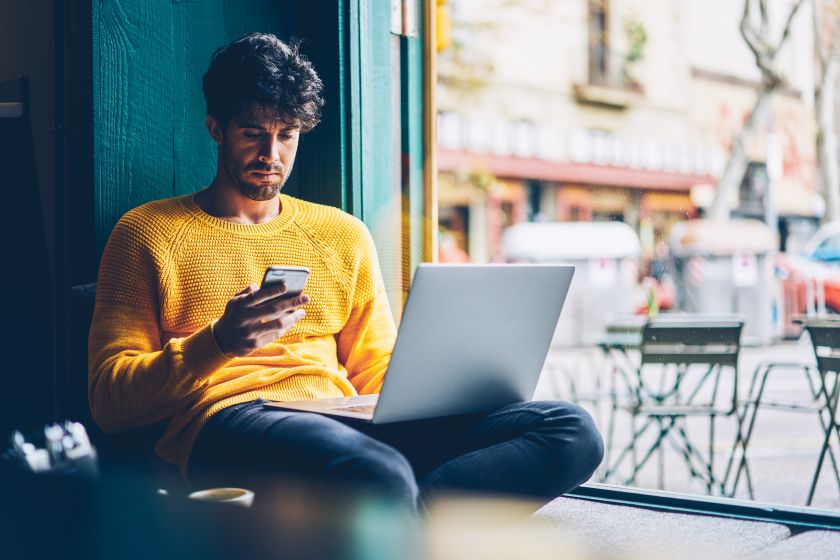 Working as a freelancer, it’s often difficult to take a long term view of anything. You’re so focused on meeting that tight deadline, chasing that invoice, paying this month’s rent, that thinking about the future seems like a luxury you can’t afford.

So it’s not surprising that, as survey after survey reveals, the majority of freelancers have not started a pension. While it’s at the back of our minds to do so, there’s always something else that seems more urgent.

But do you really want to reach retirement age and find out that your income is about to slump dramatically… just at the point that all your friends who’ve assiduously been paying into their company pensions are coming into decent money?

There really is no time like the present to sort out your pension. So read on, as we outline the main things you need to know.

Will you be entitled to the state pension? The answer is yes, as long as you’ve paid enough national insurance (NI) contributions over the years. When you’re an employee, your company will deduct these amounts from your pay automatically, but as a freelancer, it’s your job to sort this. There’s a on the gov.uk website that will show you whether you’re on course with your contributions.

Even if you do qualify for the full state pension, though, don’t assume it will be enough to live on. The current state pension is £175.20 per week, which is the equivalent of just £9,110 a year. There’s no guarantee, either, that this amount will continue to rise with inflation in the future. So to ensure a comfortable retirement, you need to take out a private pension, and the sooner the better.

When it comes to taking out a private pension, you have a lot of choices, with lots of companies vying for your business. There are broadly three types.

With the standard personal pension, you pay in a regular amount and the company invests it for you. With a self-invested personal pension (aka SIPP), you’re given the choice of where to invest your funds, from shares to commercial property.

Thirdly, there is the government-backed Nest scheme, which has low charges and is very flexible in terms of the amounts you put in. It’s also a low risk in terms of investment, but the flip side is, returns tend to be low, too.

3. Benefits of a private pension

There are two main benefits of paying into a private pension rather than just putting it into a savings account. The first is that, in theory at least, these investments will grow over time, increasing your pension pot in an era where interest rates are virtually zero. The second is that you’ll get significant tax relief on your pension contributions.

Specifically, if you’re a sole trader in England, Wales or Northern Ireland paying the basic rate of tax, you’ll get a 25% tax top-up from the government. So if you paid £100 into your pension from a personal bank account, you’ll effectively get another £25 as tax relief. At the higher rate of tax that climbs to £45 and at the top rate, you’d get £50. (There are similar, if less generous, arrangements in Scotland.)

How much should you pay into your pension? That’s very much a ‘how long is a piece of string’ question, to which there’s no official answer. Most pension advisers will say ‘as much as possible’, but they would say that, wouldn’t they?

In truth, like everything in life, you need to strike a balance that’s right for you, between having money to spend now and peace of mind for the future. Most pension providers offer an online calculator that shows you how much you’re likely to get in return for saving a specific amount. Start playing around with those figures, and you’ll soon work out what level of savings you’ll be happy to make. (At the same time, remember that these numbers can only ever be estimates and that pension investments can go down as well as up).

Obviously, the earlier you start your pension, the less you’ll need to save to achieve the same pension pot goal. For this reason, industry experts often suggest you save a percentage of your income that’s half your age. For example, a 20-year-old should contribute 10 per cent of their income, but if you start at 30 it should be 15 per cent, and so on.

5. Combining your past pensions

If you spend many years as an employee before going freelance, then typically you’ll have built up different amounts in different company pension schemes. It’s a good idea to find the paperwork for these schemes (or contact your old employers and ask for it), and combine them with your private pension scheme.

This will save you a lot of tiresome work and stress later in life, particularly if your previous employers no longer exist as a company, having changed their name, merged with others, or just gone bankrupt. However, first check that there are no exit penalties or other onerous terms which could reduce the amount of money you’re owed.

6. How to choose a pension provider

There are two important things to consider when choosing a pension provider. Firstly, pay attention to fees. These vary from company to company, and plan to plan, but should generally never exceed one per cent of the amount you’re paying into the pension.

Secondly, look at how flexible your pension is in terms of payments. For example, if you find your freelance income varies significantly from month to month or year to year, ask whether you’re able to take contribution holidays in lean times, and pay in larger lump sums in the good times.

Overall, of course, there’s a lot to consider, and we’d recommend you see an independent financial advisor before committing to any pension. They may charge a fee, but given your entire future is at stake, it’s usually worth it. And most offer a free initial consultation, so you’ll be able to get a feel for their abilities and trustworthiness before paying out.

Pete Hykin is the co-founder at , which is the FCA-regulated pension provider created solely for the self-employed. He adds this wisdom: “The most important thing to do if you’re a freelancer is to set up your pension online sooner rather than later; don’t put it off. Based on some common assumptions, investing £5k in a pension at age 20 could leave you with a pot of over £60k when you retire, but if you waited until age 40 to invest that same £5k, you’d only end up with closer to just £20k. If you put in money every year, those numbers get really big.

“People often think they don’t need a pension because they’ll get the state pension, but this is getting increasingly expensive for the government to afford, and what they’ll pay you is already much less than most people think, so it’s vital to have your own private pension set up as well.”