The House at Flat Rock by Billy Maynard. 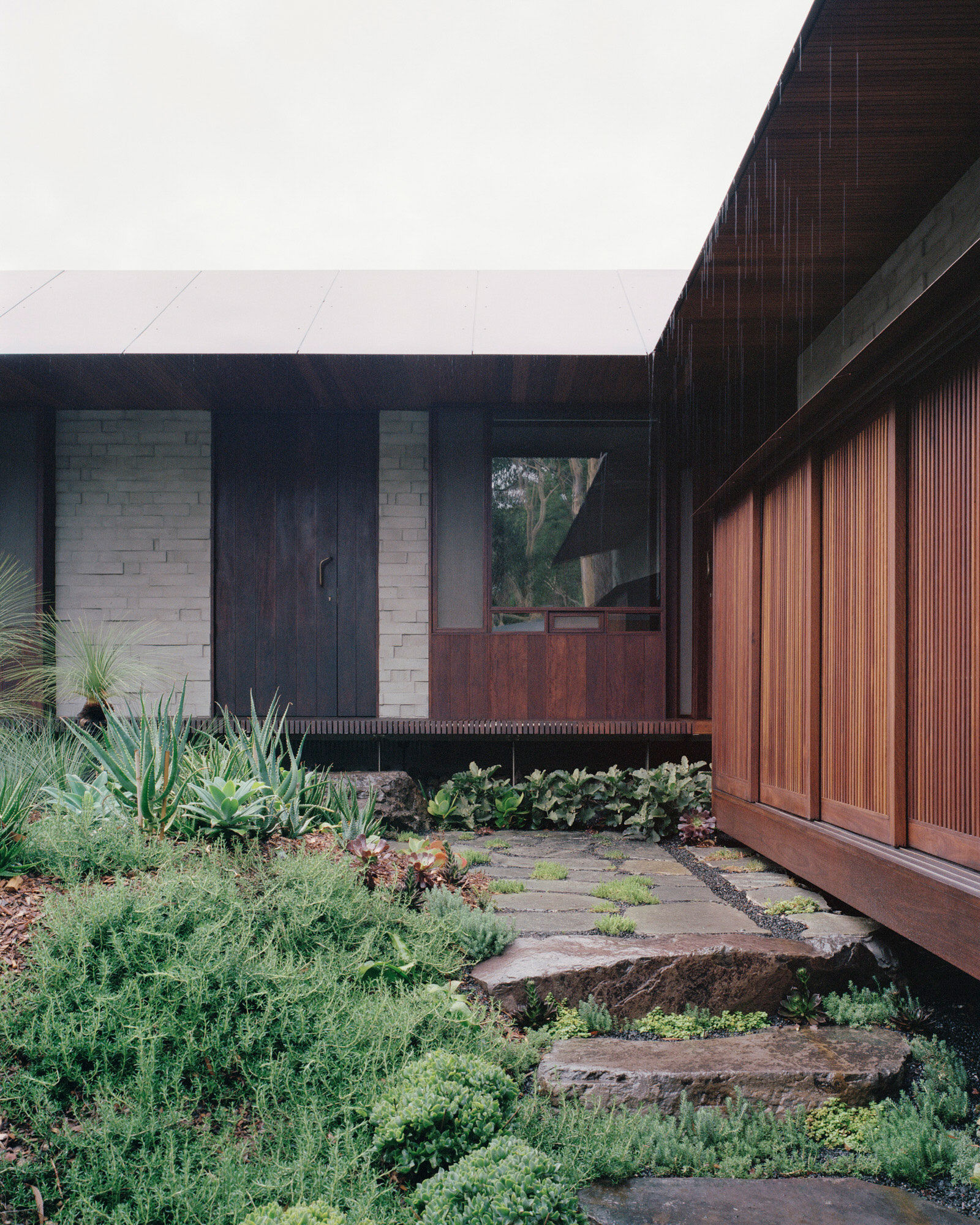 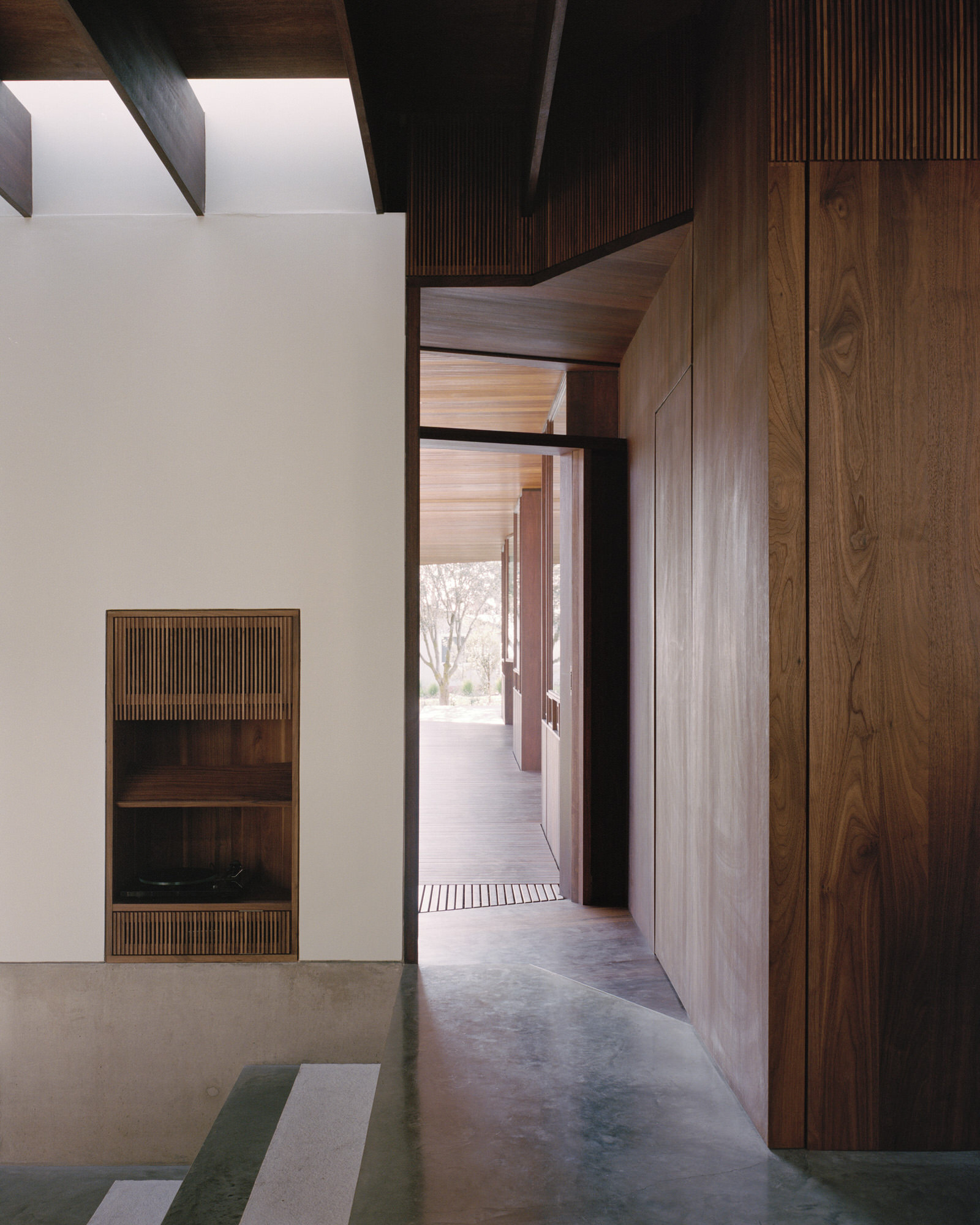 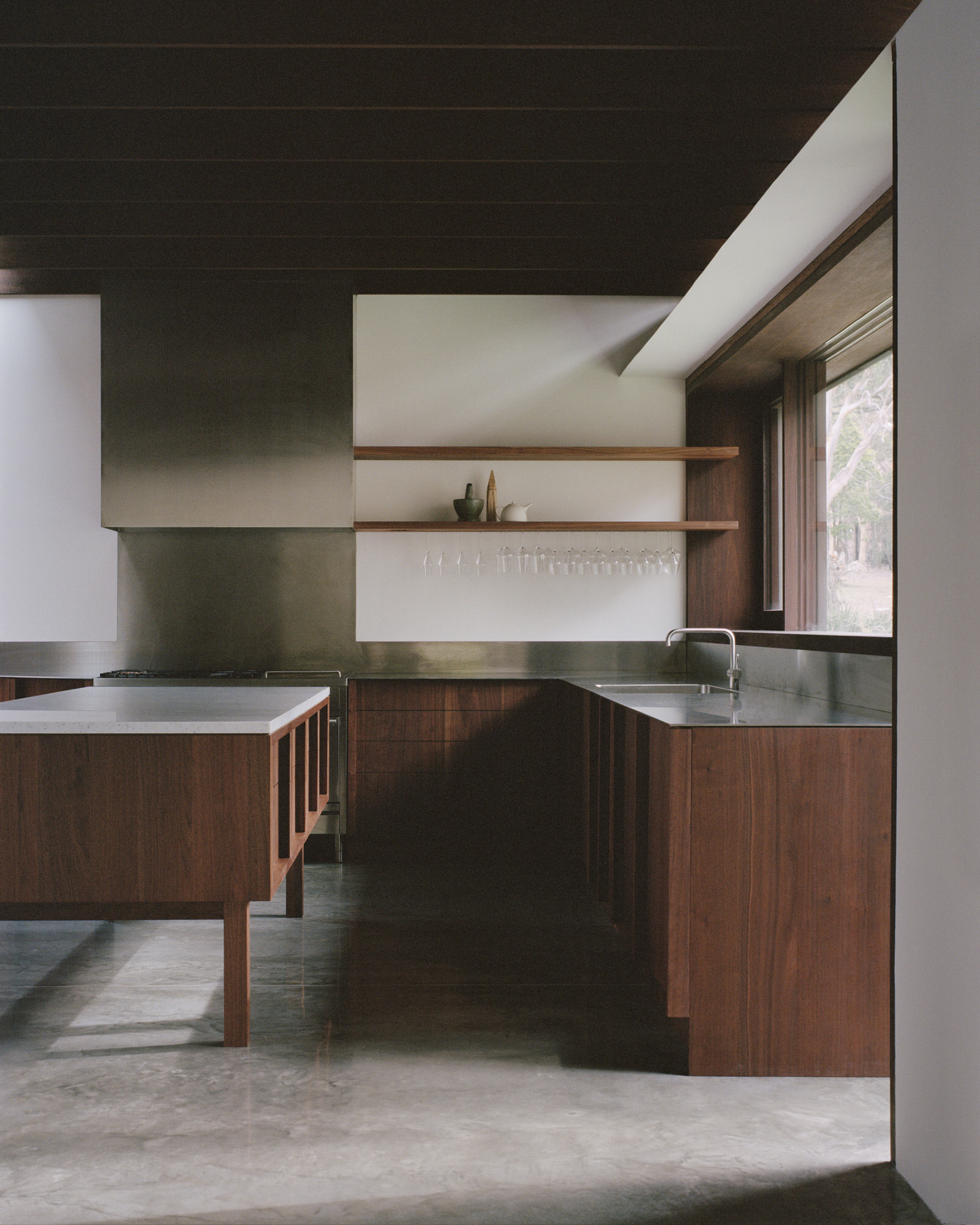 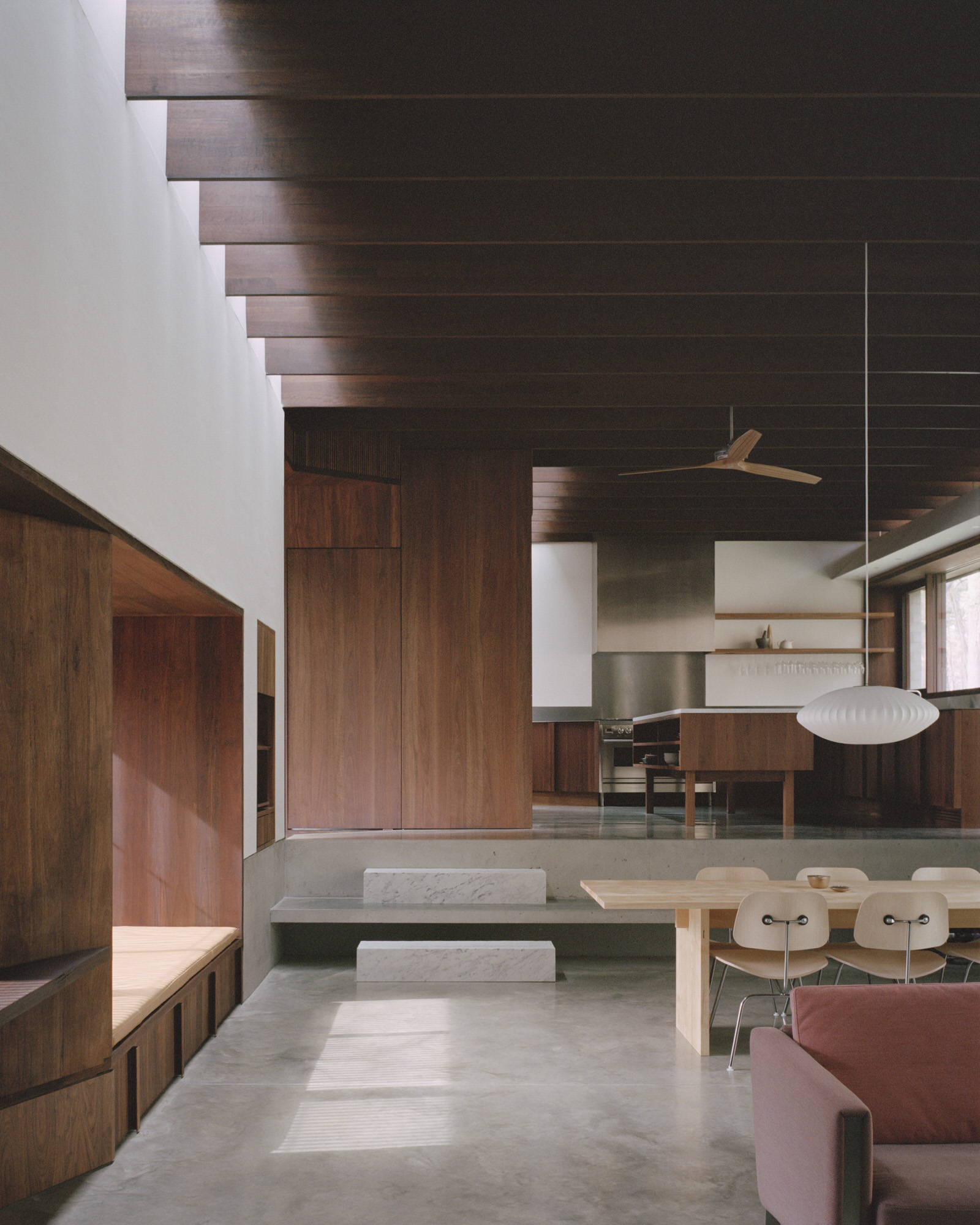 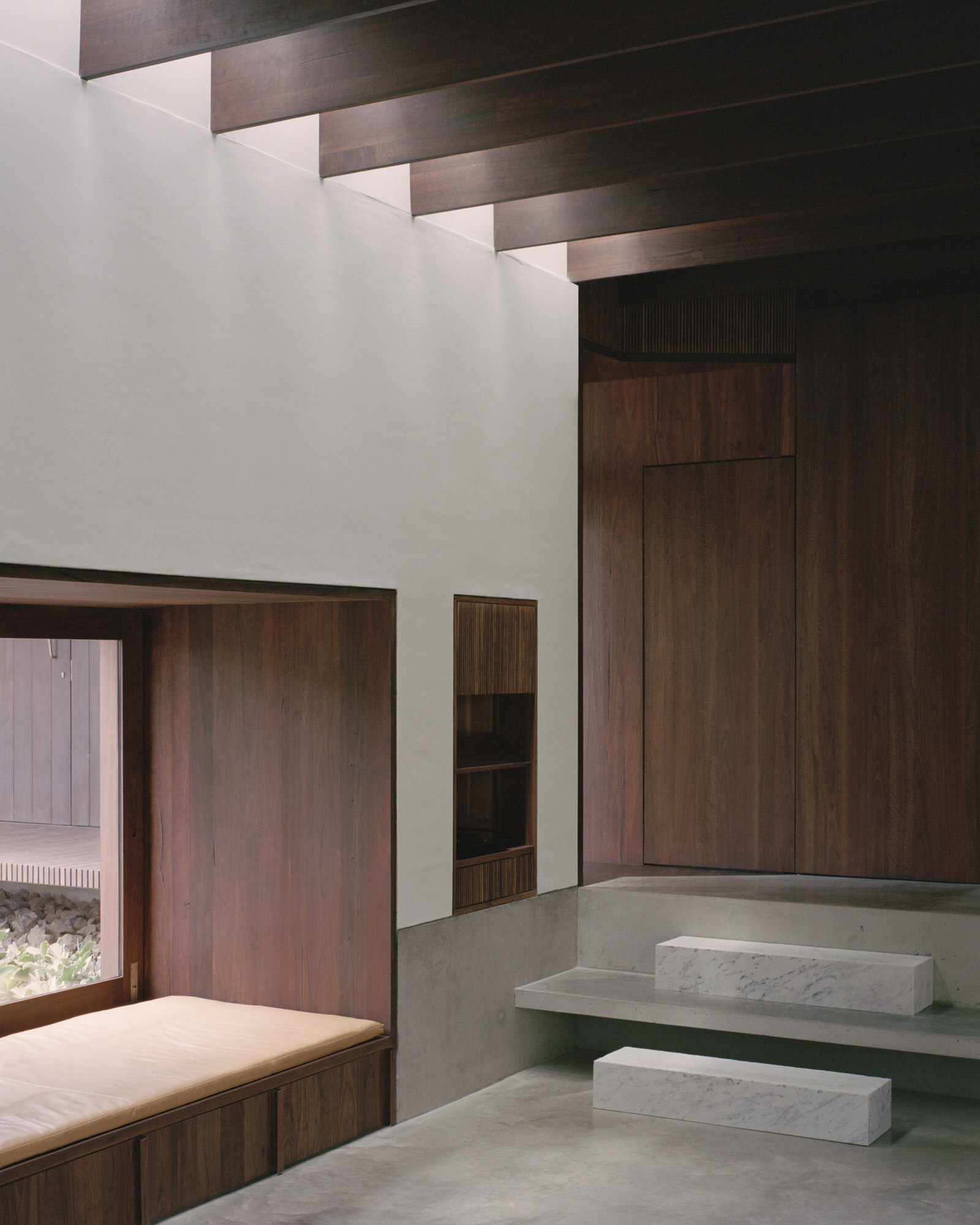 Immerse yourself in the picturesque scene of camping in the Australian bushlands. The weather is slightly overcast, and the temperature is not too hot, and not too cold either. Vibrant greens burst out of the grounds ready to captivate you in a world that feels like a classic oil landscape painting. Only when you gently sweep back the imaginary eucalyptus foliage that you stumble upon -designed residence—House At Flat Rock—a project three years in the making, sitting quaintly in the sleepy neighbourhood of Bendalong, New South Wales.

Approachable via a drive to the south coast of the state, House on Flat Rock sits towards the boundary of Conjola National Park and dense bushlands. After the devastation of the bushfires back in 2020, (which, in case you were wondering, the fire spared the houses around the area) it served as a memory and critical point for the design of the budling. The project became an architecture that would serve as the bridge between the people who inhabited the area and nature itself. 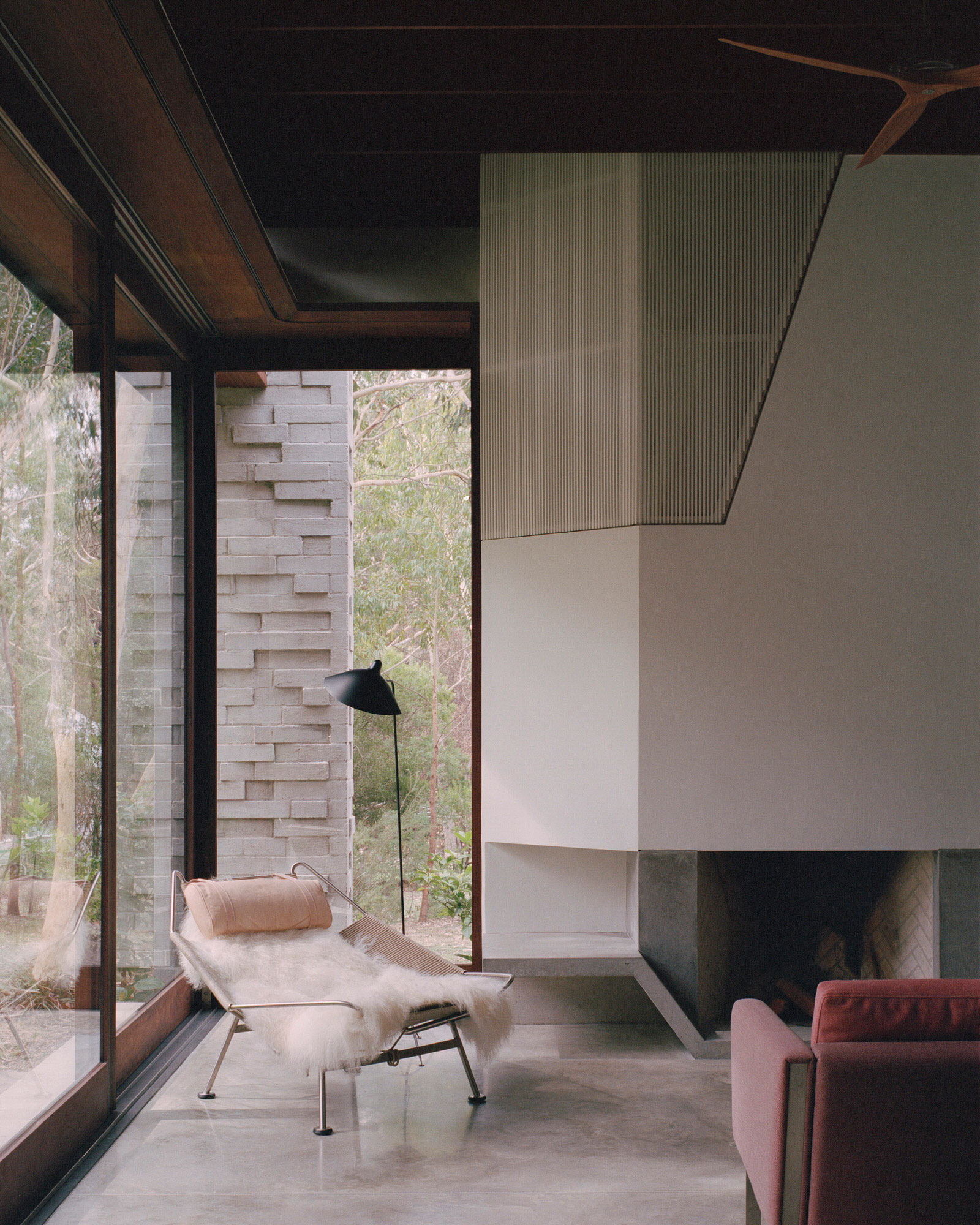 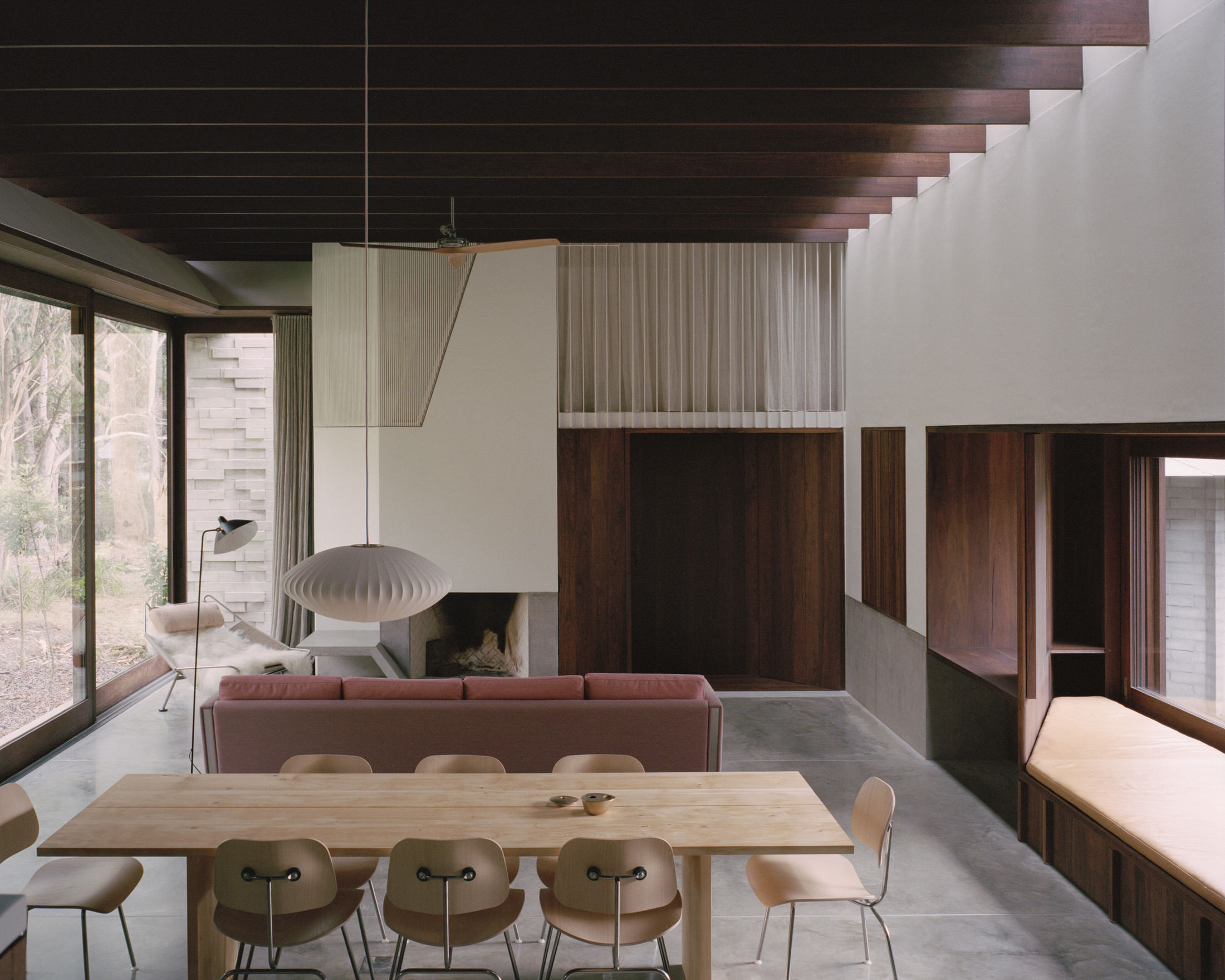 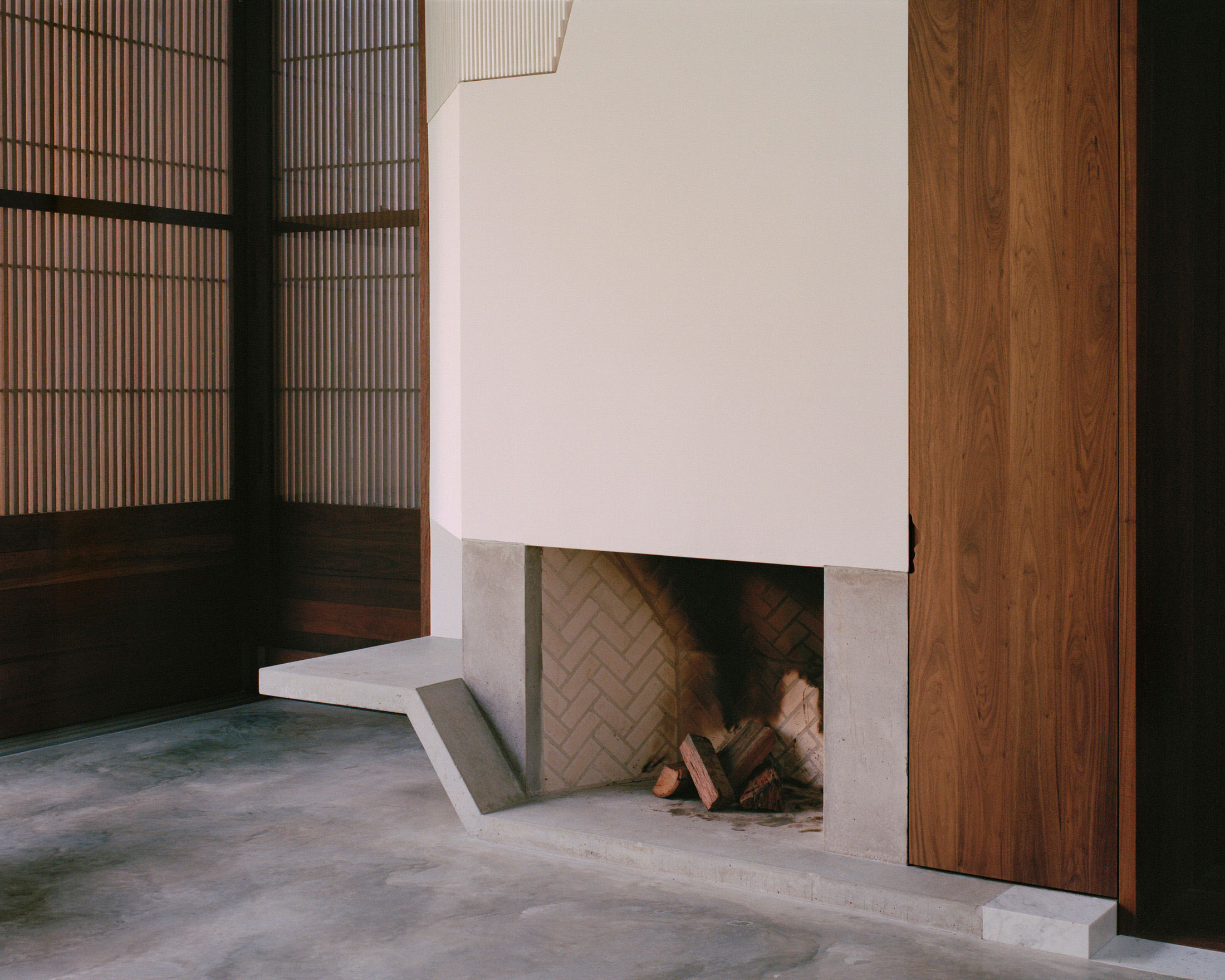 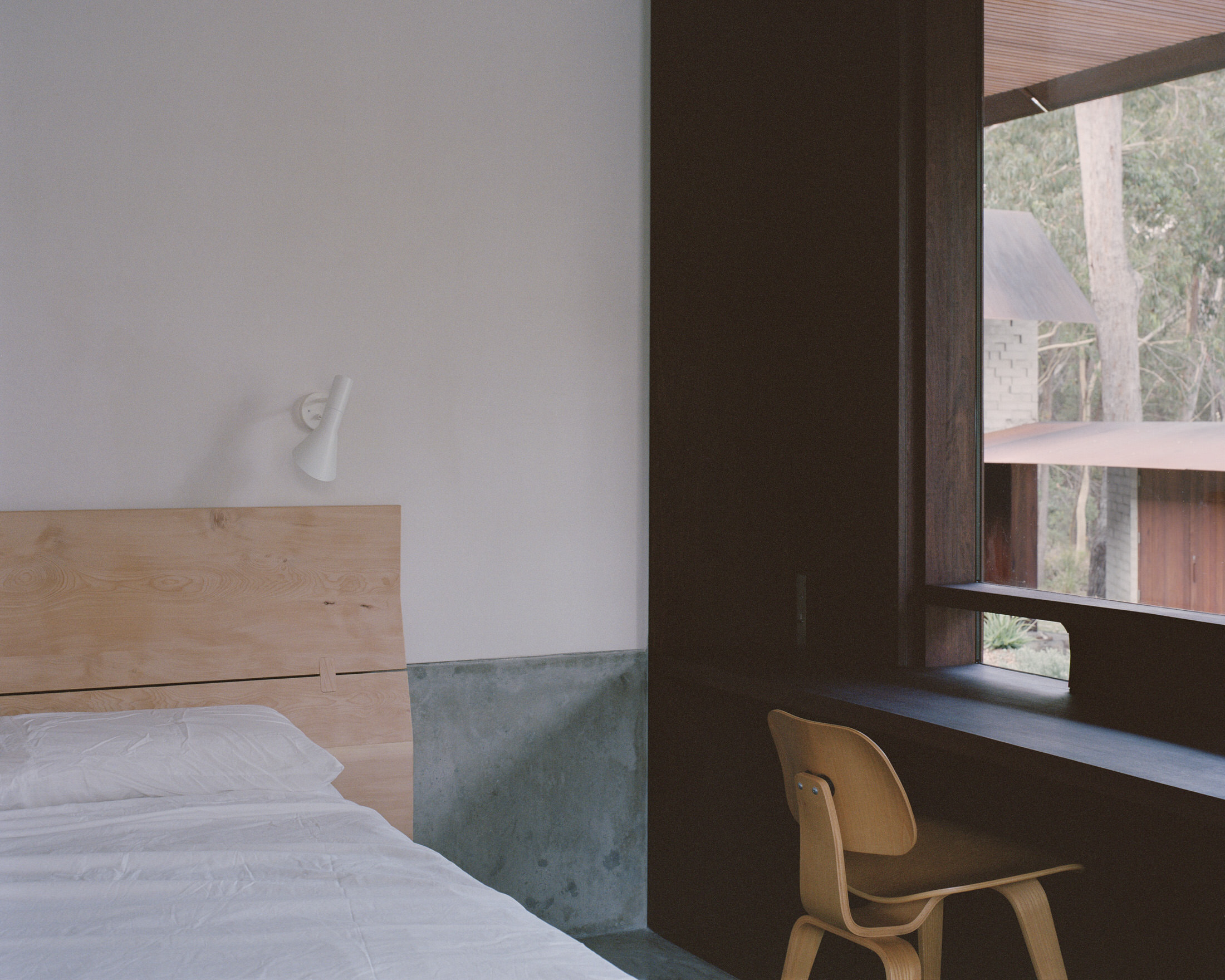 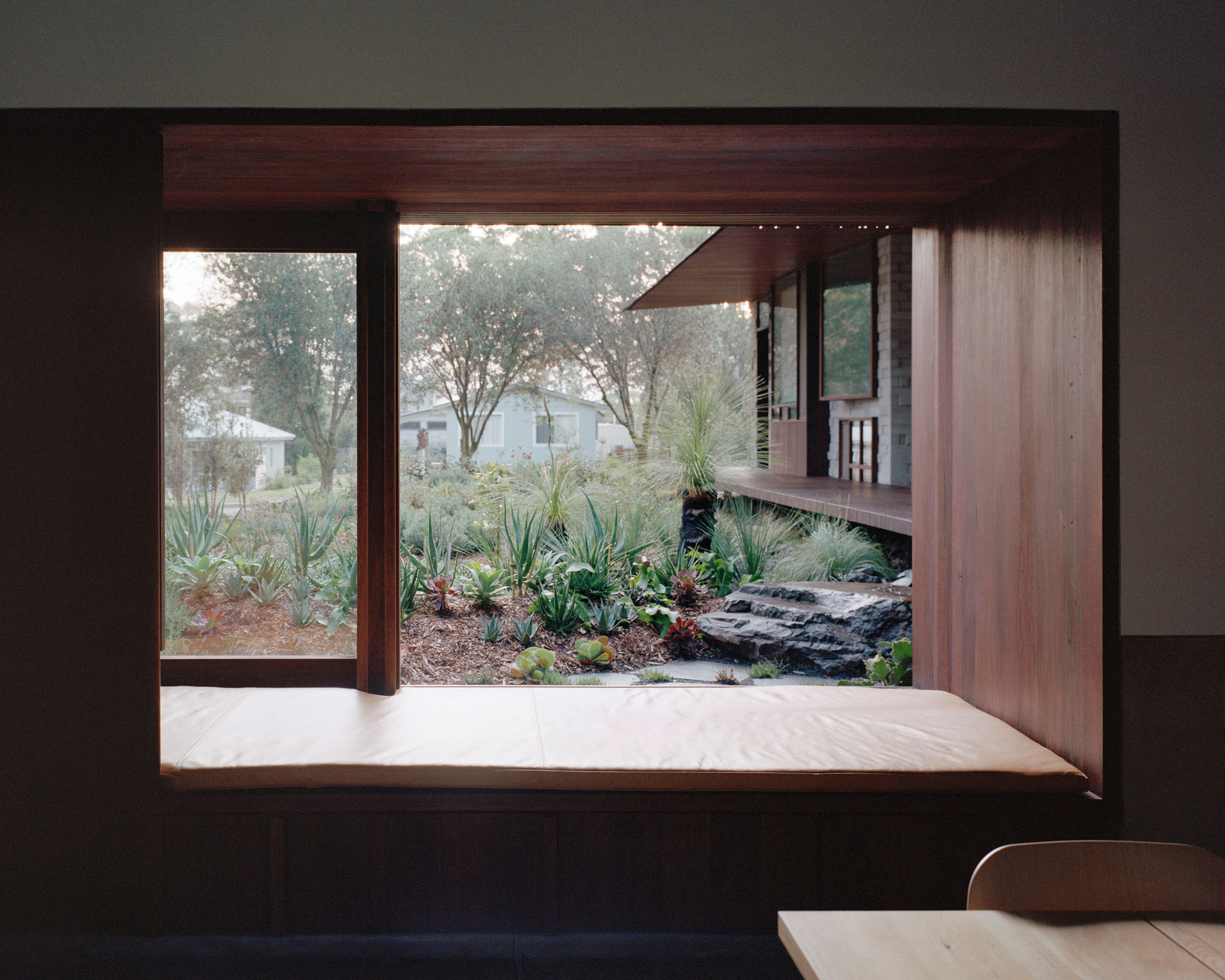 The result is a robustly chiselled L-shaped configuration that embraces and honours the reviving grasslands and surrounding bushlands. The single-storey dwelling is camouflaged with an exterior finish of undulating brickwork façade and burnt rusting red steel. Passing a pebbled path with elongated multipurpose storage reveals a narrow entrance defined by a dramatic entry chamber. Once passed the threshold, a kitchen and a lounge area revealed that cry cabin nostalgia dressed in a modest palette of exposed redwood ceiling and hardware; polished concrete flooring, and white walls balanced with the occasional textured tiles. Steel platers were selected for the kitchen splashback as well as a complement to the shutter fixtures installed to adhere to the bushfire attack level requirements. 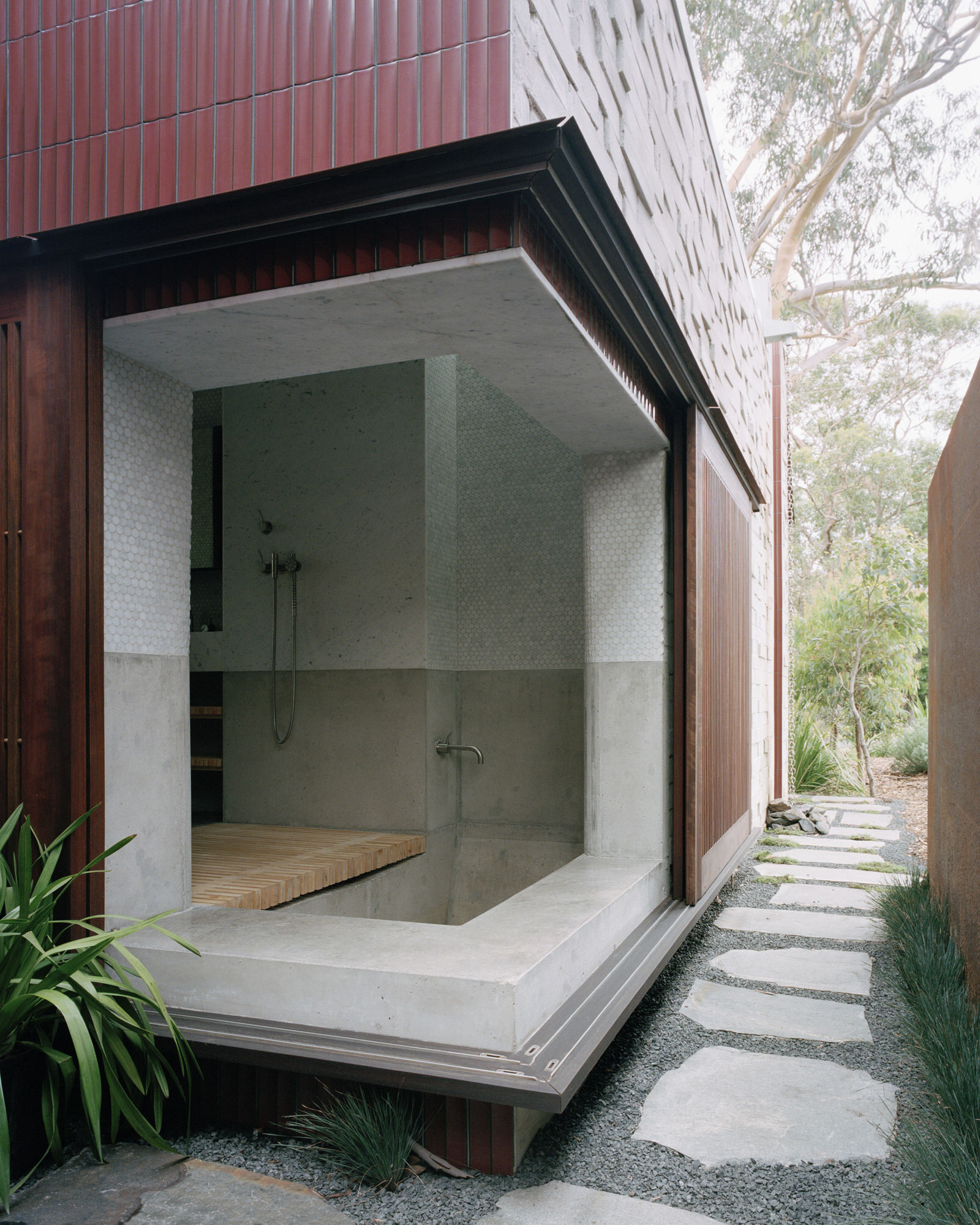 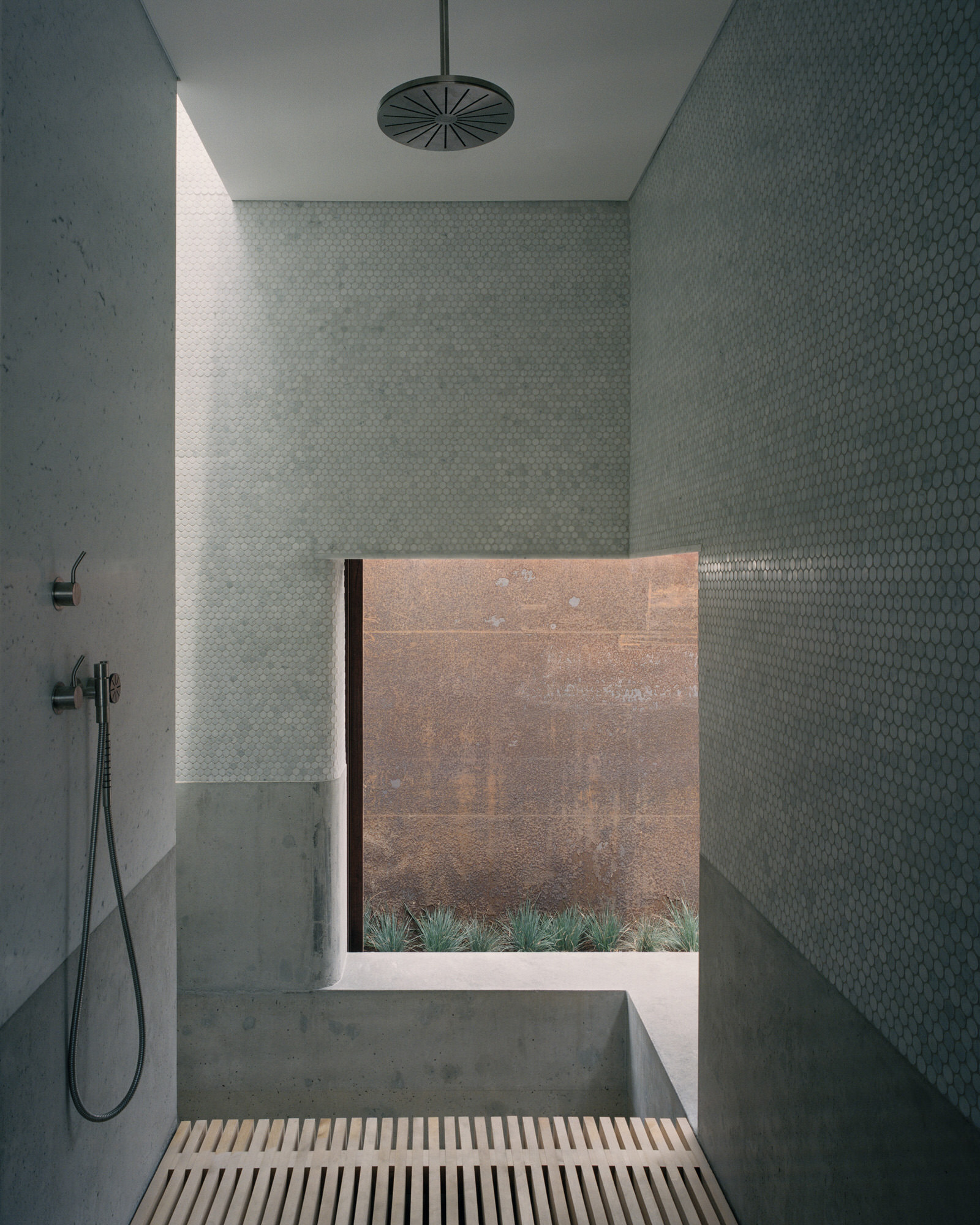 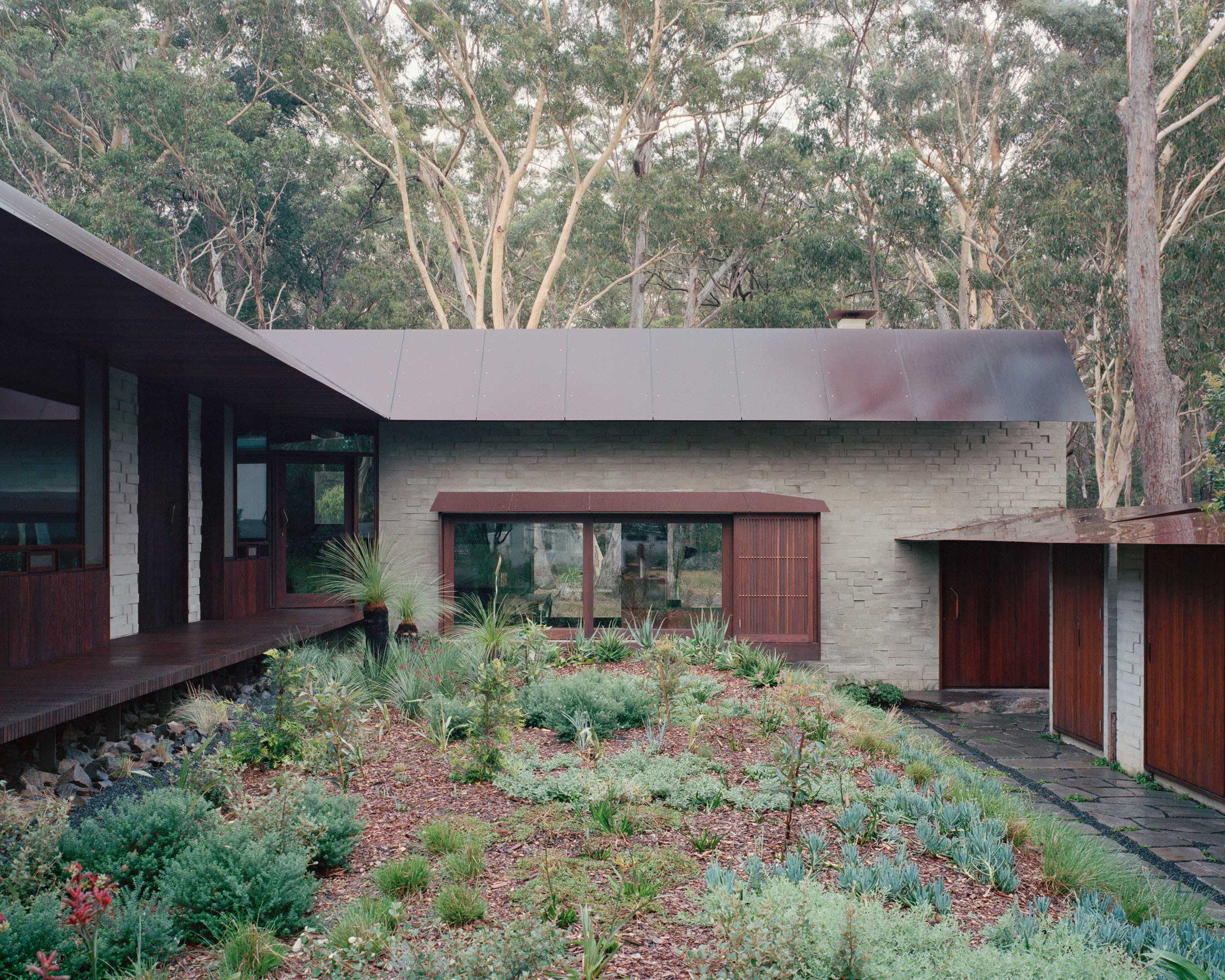 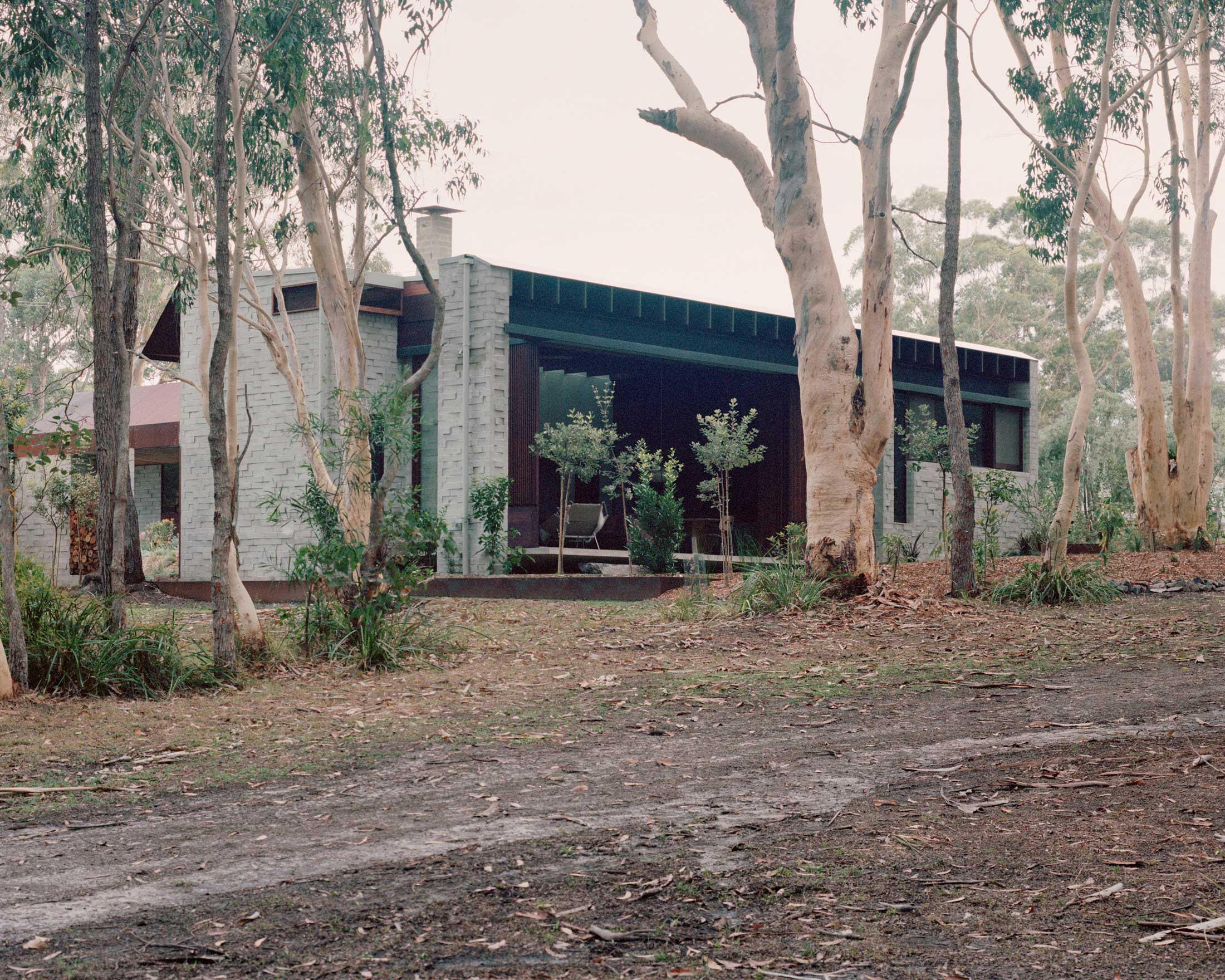 Despite the presumed openness by design, much like the camouflaging of the exterior is reflected inside for the privatised areas. Almost invisible to the eye, an entrance by the hardwood wall leads to the bedrooms of Maynard’s residence. The second half of the L-shaped plan reveals an arrangement of the personal areas. A master bedroom with ensuite and a guest room occupy the first two-thirds of the plan; while the second guest room is semi separated with a truncated entrance, creating a bathroom with a corner window to capture the serene sunlight. Such organisation is reminiscent of traditional East-Asian architecture, for the combination of the operable facades and the hugging figure of the plan exudes a sense of openness and privacy all at once. Added the full height windows and the exposed rafters, the porosity lightens the presence of the structure.

A powerful debut project for Billy Maynard, House at Flat Rock evokes respect for materiality and site. Rather than tackling the problems with force, this home embraces the surroundings and is constructed with grace—leaving a minimal interruption to the landscape and only allowing itself to be revealed if one seeks it out.