The Inspiring Story of Dr. Ellen Ochoa: The First Hispanic Woman in Space 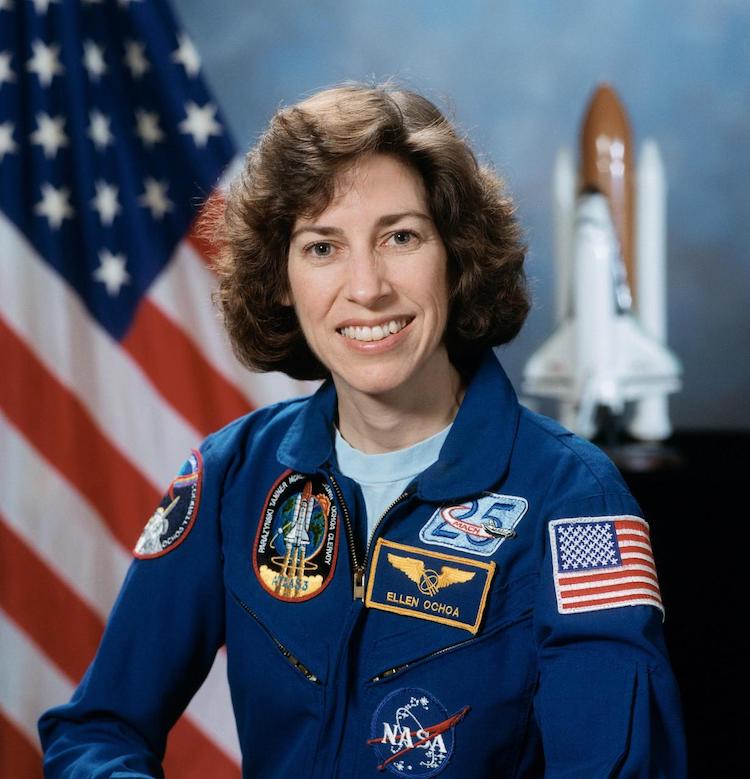 For decades, has been at the forefront of exploration outside the realm of Earth’s atmosphere. Many men and women have become on this path in history, paving the road to the final frontier for future generations. One such person is Dr. Ellen Ochoa, who became the first Hispanic woman in space when she blasted off aboard the Space Shuttle Discovery in 1993. The newly initiated astronaut would not fully comprehend the magnitude of her groundbreaking journey until much later.

“At the time, it was really a personal thing,” Ochoa . “It was something I was very excited to participate in, and I loved working with the team and with my crew and doing work that was important to understanding changes in the atmosphere.”

But just as Ochoa herself had looked up to women astronauts like as examples on her own journey into space, she too had become an inspiration to countless women—especially women of color. Yet, it wasn’t until after returning home from her first mission that she could fully appreciate the impact she’d had. To her surprise, her actions had served to advance more than just science.

“I realized the mission had repercussions well beyond that,” she . “I had the opportunity to talk to a lot of student groups, I was featured in children’s books, textbooks—I’m just really grateful there was this whole extra dimension to that flight beyond the major goal of it… It was eye-opening.” 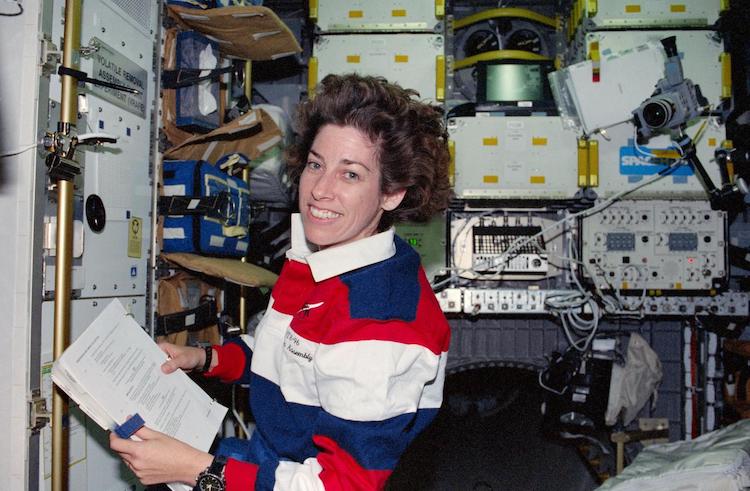 Ochoa aboard the SpaceHab in the Space Shuttle Discovery’s cargo bay during a mission in 1999. (Photo: )

During the course of her career, Ochoa flew three more space missions, logging almost 1,000 hours in orbit. But even after she retired from spacecraft operations in 2007, she would still go on to blaze new paths in her field. In 2013, she made history again when she was appointed to be the director of NASA’s Johnson Space Center in Houston.

Only the second woman to ever hold the prestigious position, Ochoa was also the first person of Hispanic descent to do so. From then on, she became even more than just an inspiration to untold women and people of color with similar dreams. In that influential position of leadership, she was able to foster an environment in which those dreams could become a reality.

“It was certainly important for me to see other women and people of underrepresented groups move into leadership positions at NASA,” she . “When I joined NASA, one of the first things I noticed was more women working there, so it was clear they made a concerted effort at diversity in the workforce, but 30 years ago you didn’t see those same people as leaders, as center directors, or leaders at NASA headquarters.

“That is something I did change. I was part of that, and it was a huge privilege to be the director at Johnson and direct that amazing team. It let people in future who want to work at NASA know that there are all kinds of opportunities for people in all kinds of backgrounds, and it’s important to get that message out.”

Scroll down to see snapshots from Ellen Ochoa’s inspiring career as the first Hispanic woman in space. For more of her journey, visit her or follow her on .

A former astronaut for NASA, Dr. Ellen Ochoa was the first Hispanic woman in space! 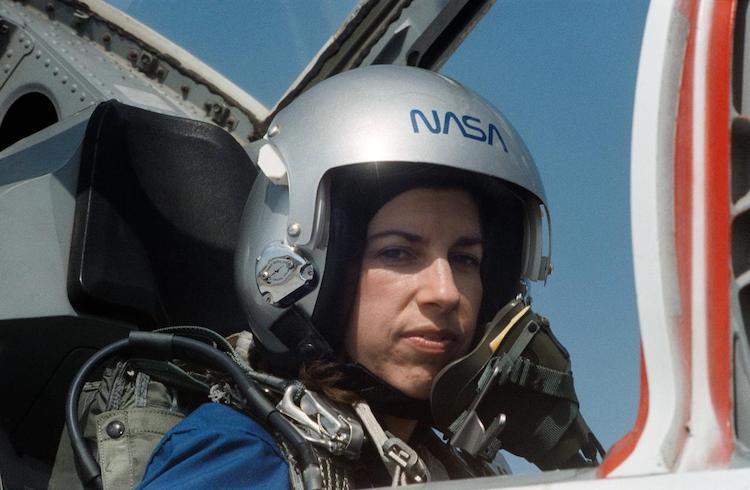 Soon after being named an astronaut candidate, Class of 1990, Ochoa is about to take a familiarization ride in a NASA T-38 jet trainer. (Photo: ) 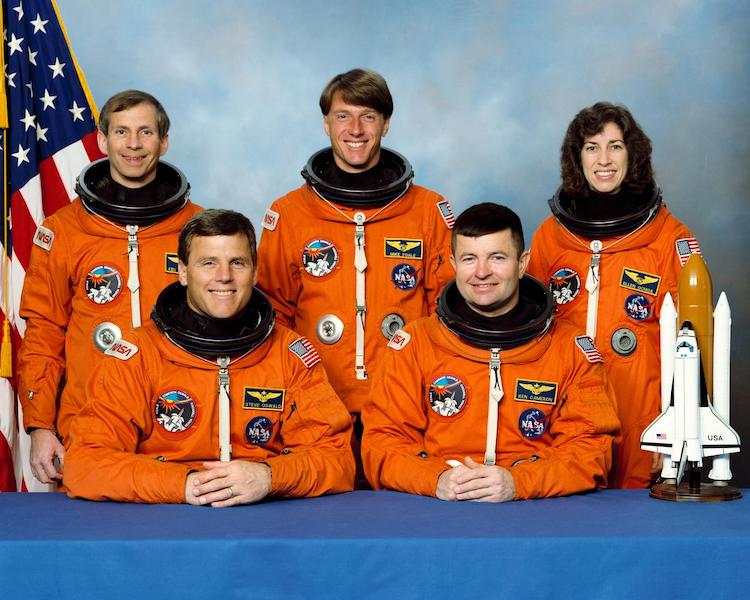 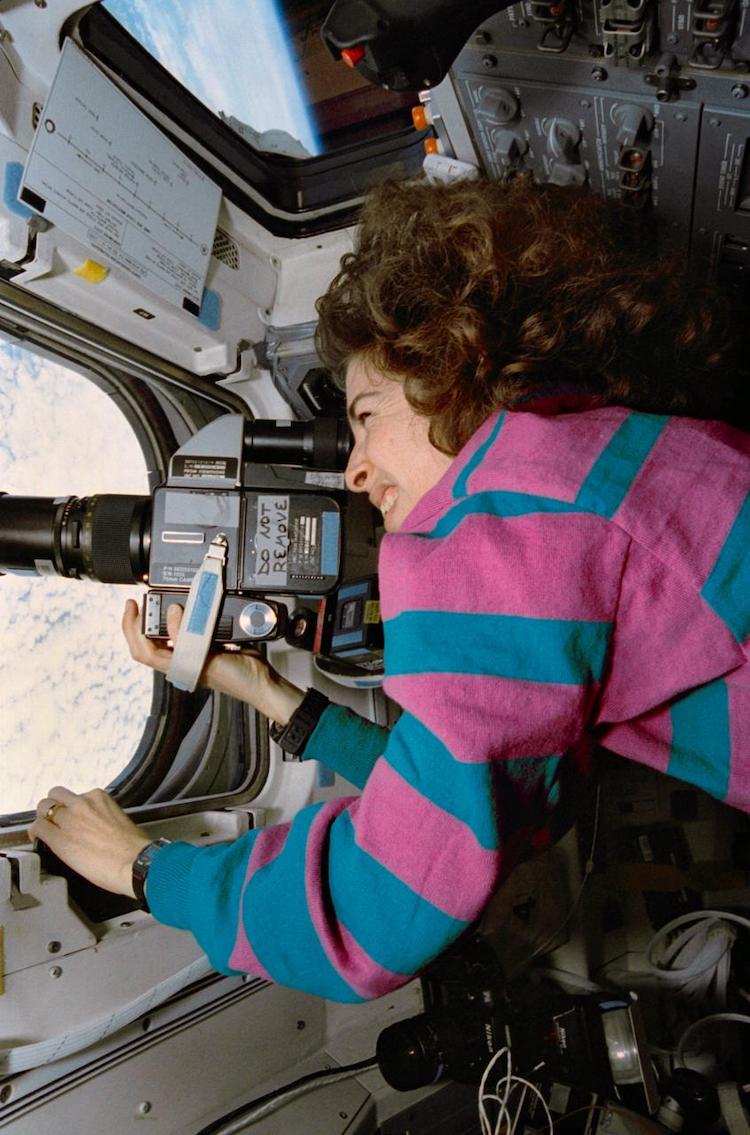 Ochoa uses a 70mm handheld camera to record an ocean scene during the ATLAS 2 mission aboard the Space Shuttle Discovery in 1993. (Photo: )

During her inspiring career, she flew four space missions and logged almost 1,000 hours in orbit! 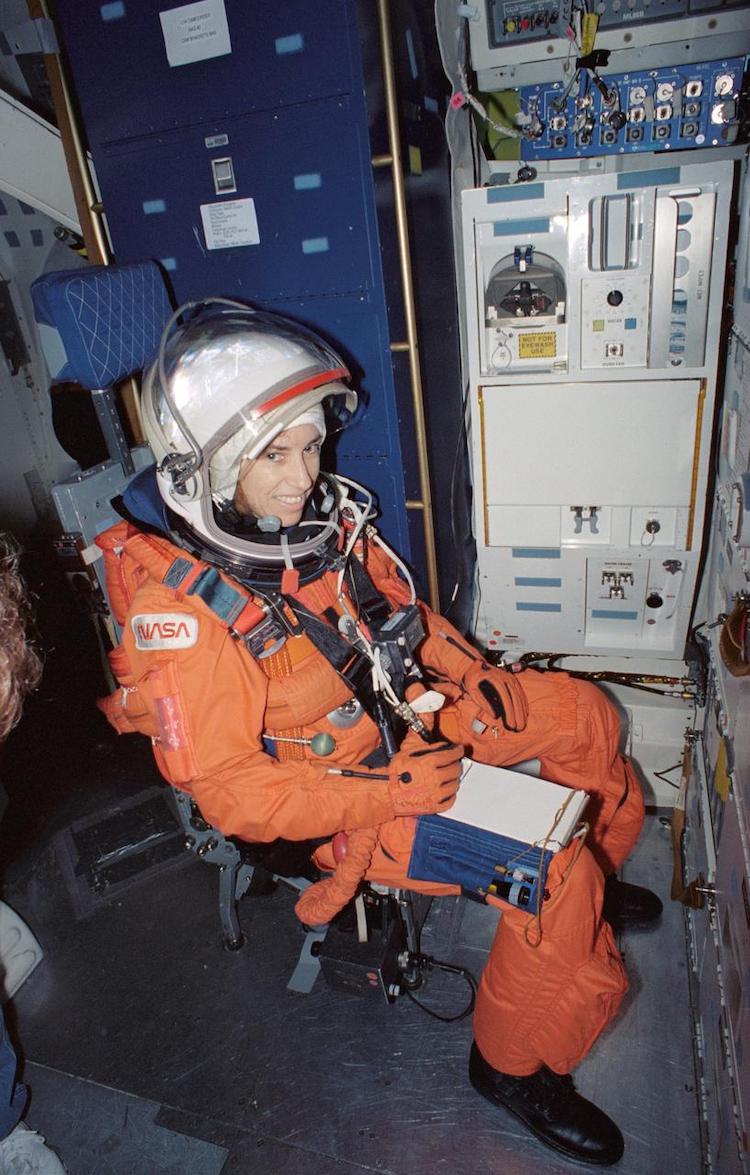 Secured in a collapsible seat on the middeck of a Shuttle trainer, Ochoa participates in a rehearsal of procedures to be followed during launch and entry phases of the scheduled November 1994 flight of STS-66. (Photo: ) 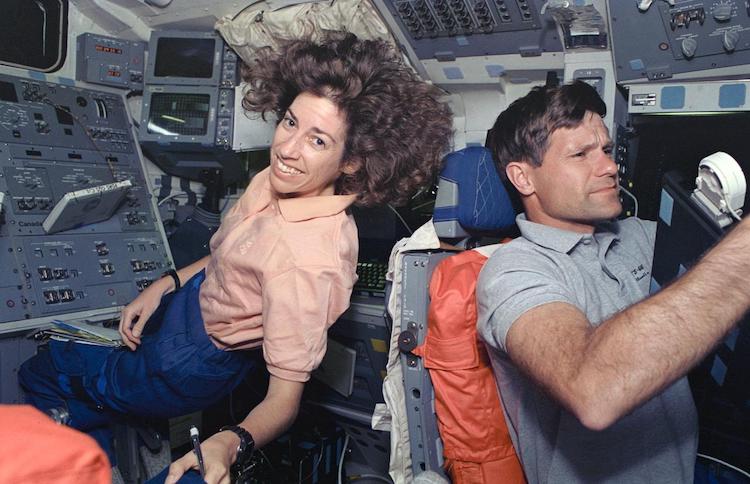 Astronauts Ellen Ochoa and Donald R. McMonagle completing an operation on the aft flight deck of the Space Shuttle Atlantis during a mission in November of 1994. (Photo: ) 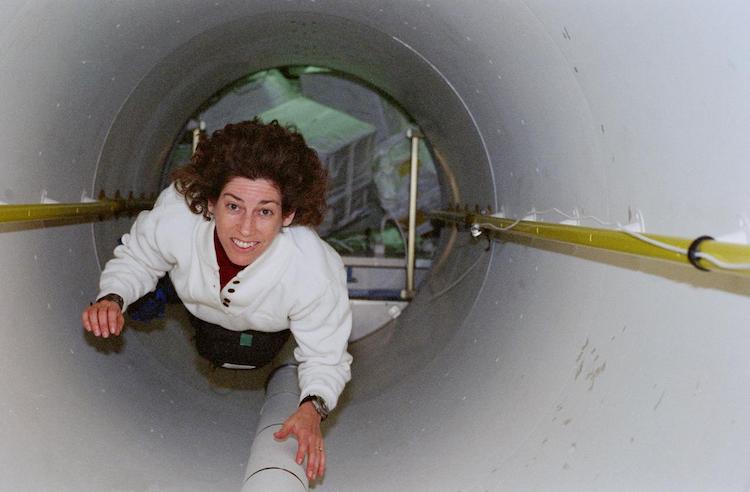 Ochoa floats through the tunnel that connected the STS-96 crew to the International Space Station (ISS) for several days in late May and early June 1999. (Photo: )

Ochoa not only made history but also paved the way for future women astronauts and minorities to work in leadership positions at NASA. 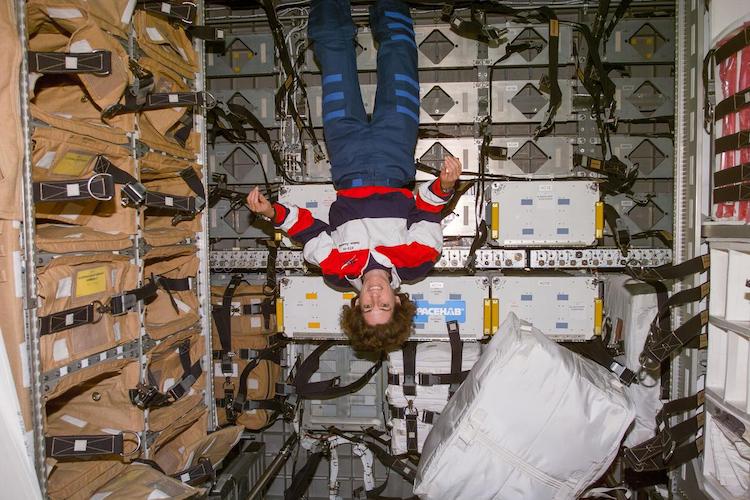 Onboard Discovery’s SpaceHab, Ochoa surveys the near completion of a gigantic move effort of supplies from the shuttle to the International Space Station (ISS). (Photo: ) 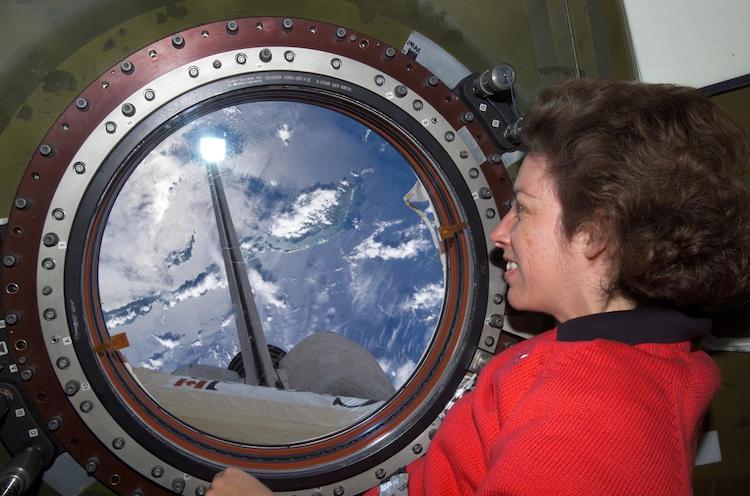 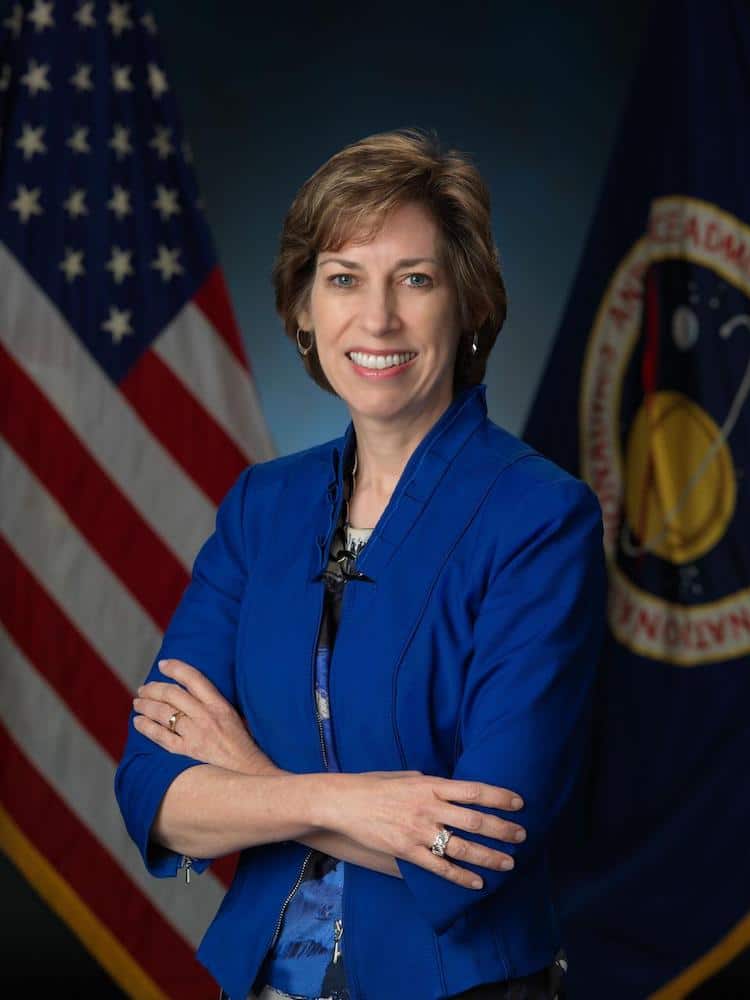 Official portrait of Johnson Space Center Director and former astronaut Ellen Ochoa, taken in April 2014. She retired in May 2018, after 30 years at the agency. (Photo: )