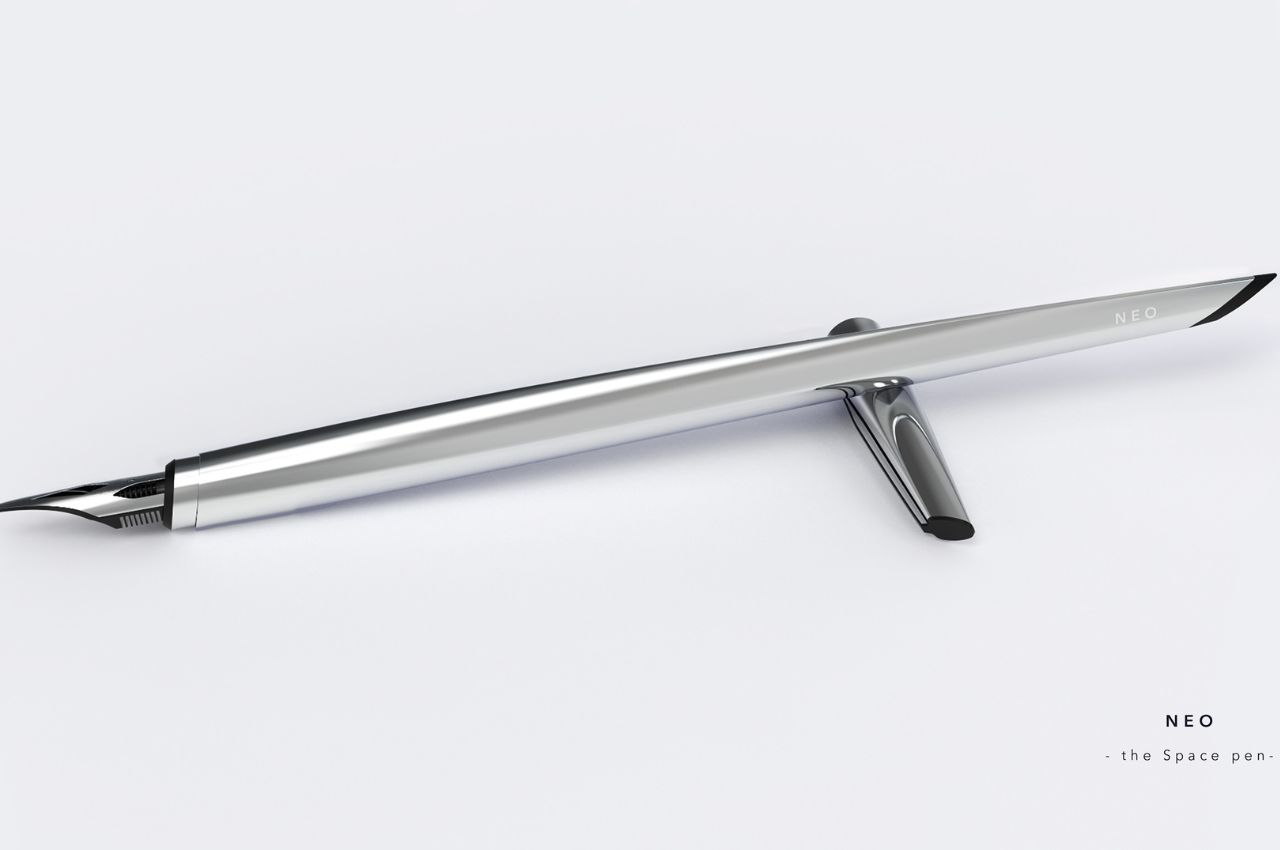 While typing out our thoughts and documents on laptops, tablets, or phones is much more convenient now, there’s still something about the art of writing on paper that appeals to a lot of people. For those who do journaling, note-taking, planning, and writing on notebooks, diaries, planners, and papers, sometimes what you use to write makes the difference as well. Choosing, collecting, and using pens is a whole, thriving “industry” despite the world being primarily digital now. 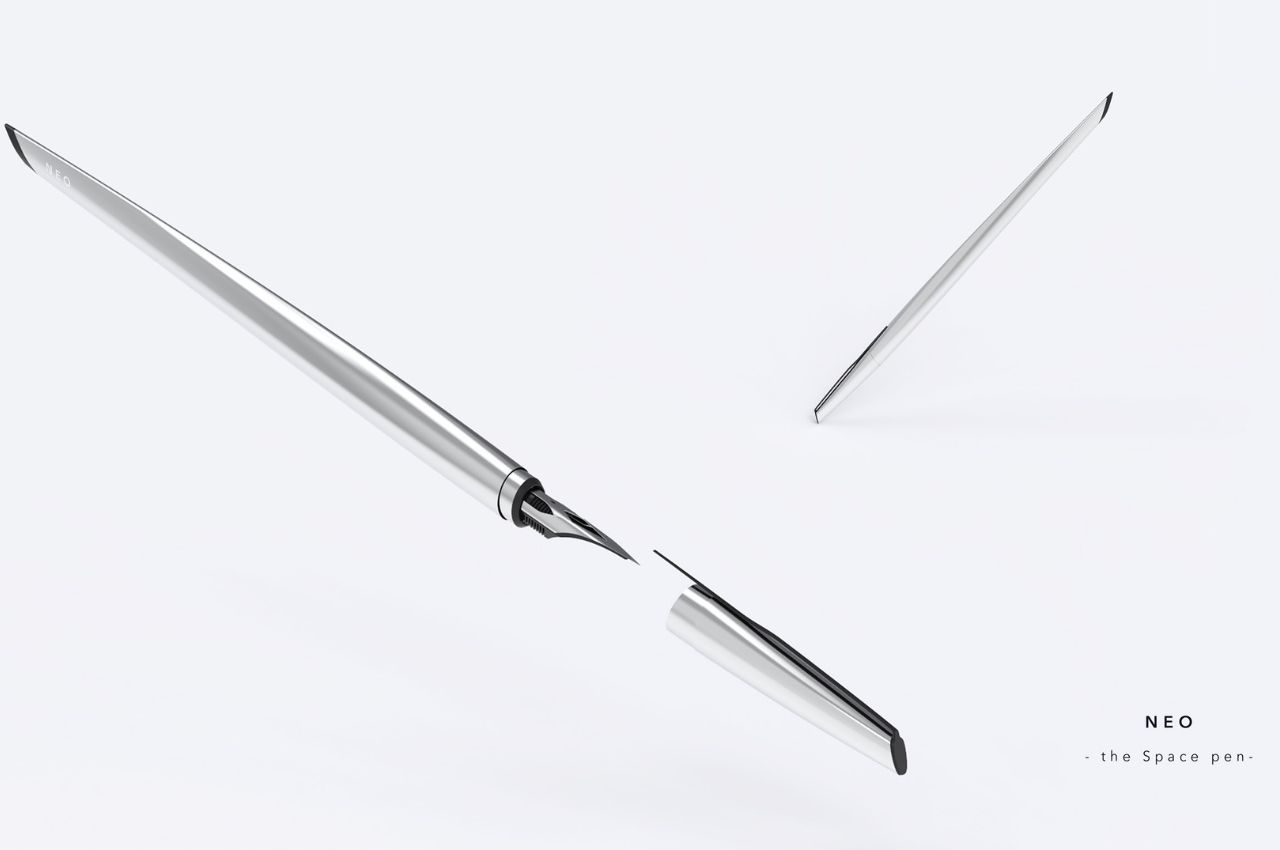 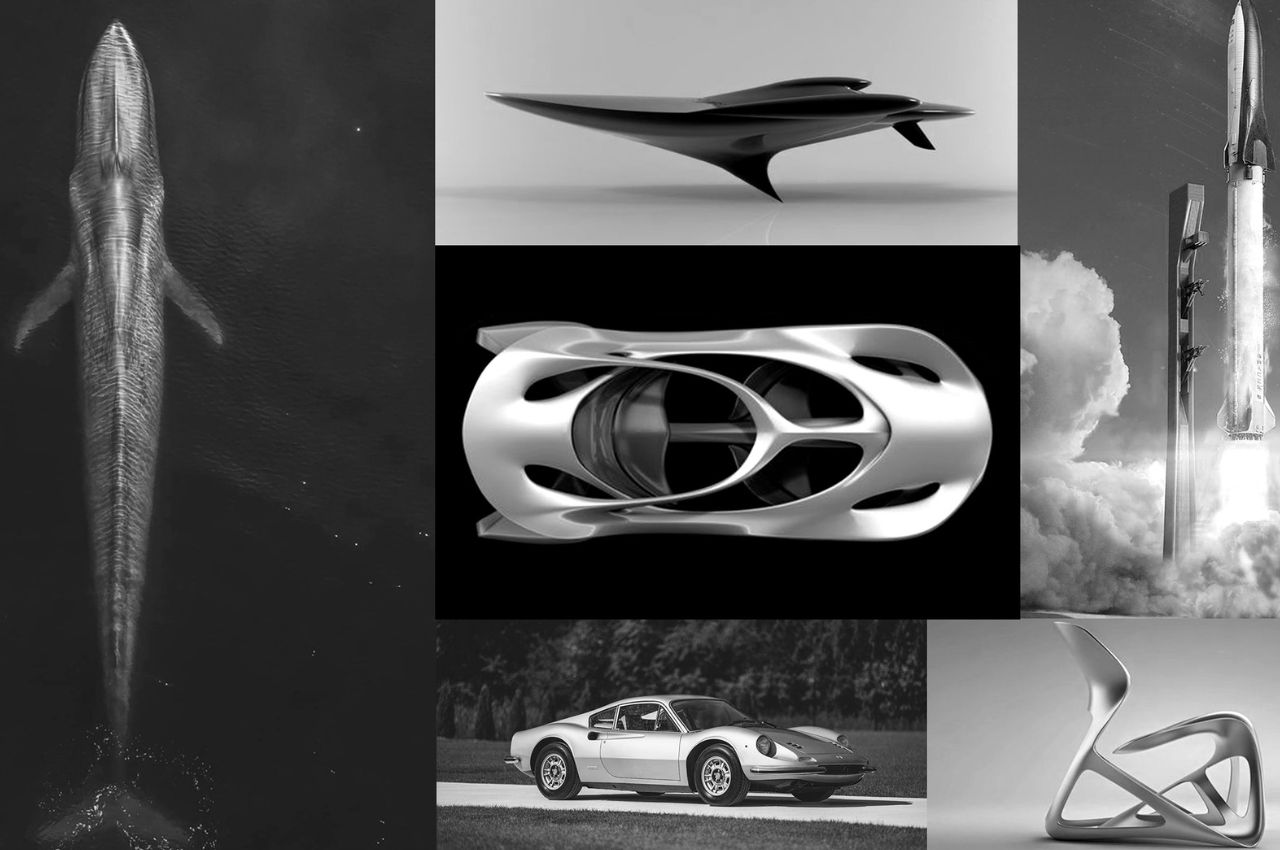 A design concept for a nature-inspired but futuristic-looking fountain pen is called Neo, the Space Pen. The shape and look and feel of this pen is inspired by a hybrid of animals, sleek silver cars, sculptures, and even a rocket blasting off into space. Basically, it’s combining organic forms with various horizontal shapes to come up with a glossy and shiny-looking pen that encourages you to pick it up and write on paper. 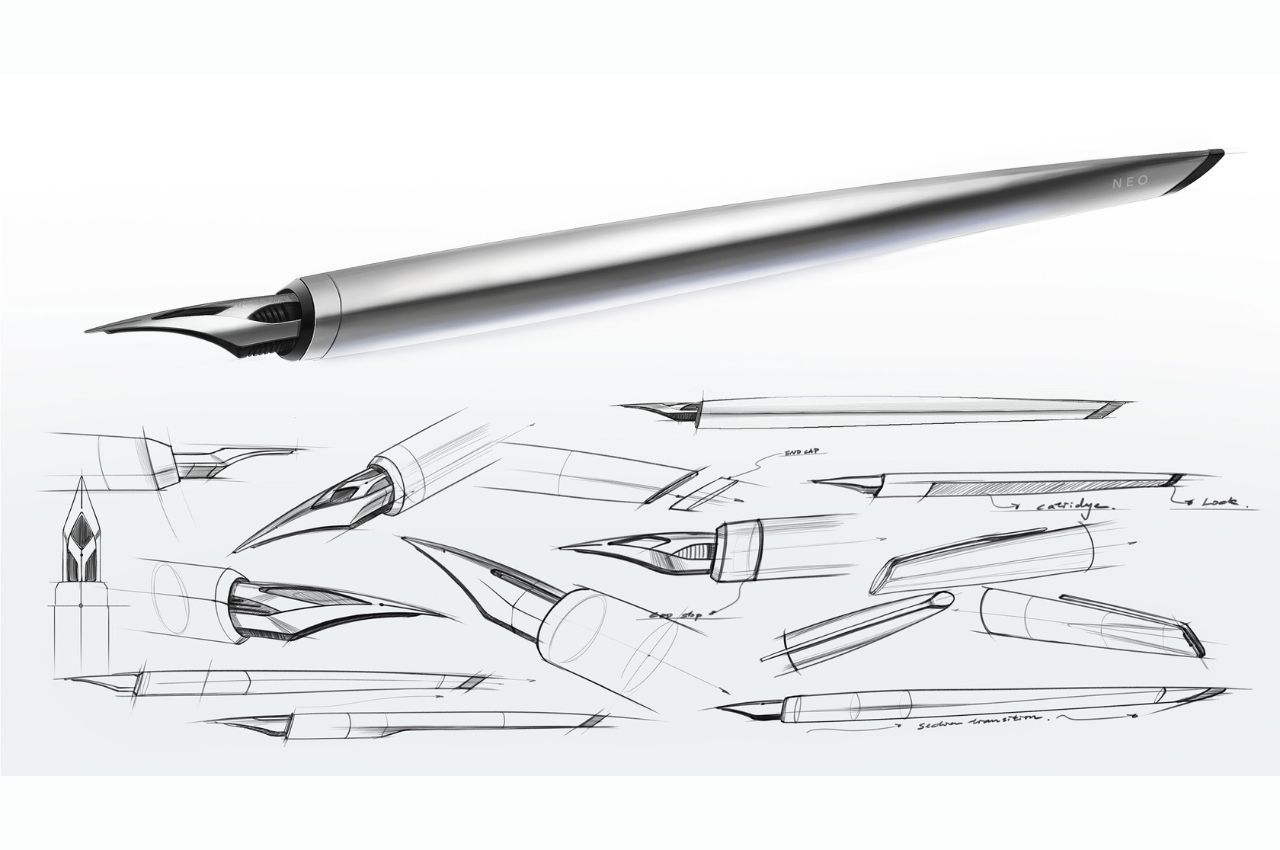 The tip of the Neo pen looks like your typical expensive fountain pen but with a few lines and shapes to give it a more spear-like look. If you just showed me a close-up of the fountain tip I would have thought it was a weapon of some kind rather than a pen. Well, some say that a pen is mightier than the sword so it can definitely function as a sort-of weapon. The cap is as sleek as the entire pen and the other end tapers off to something slightly thinner than the middle part. 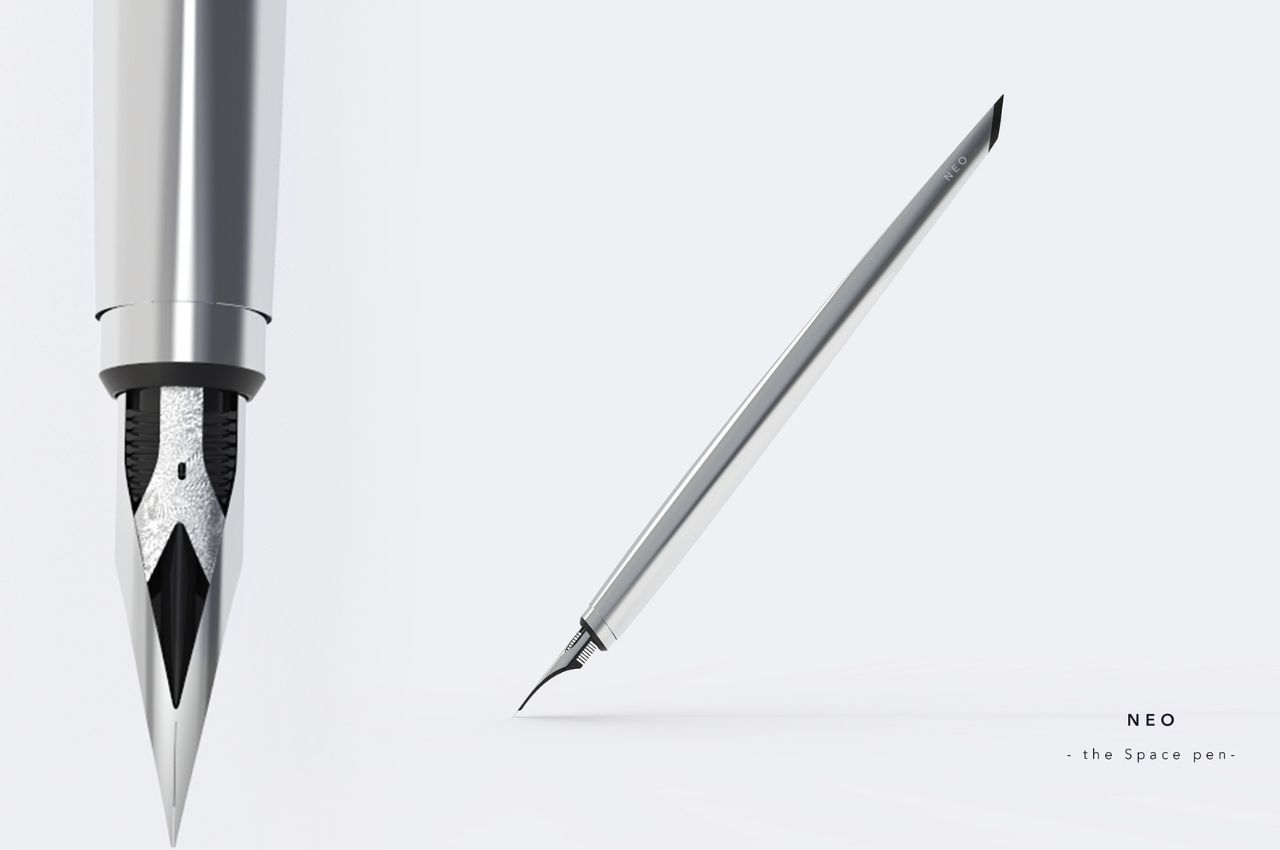 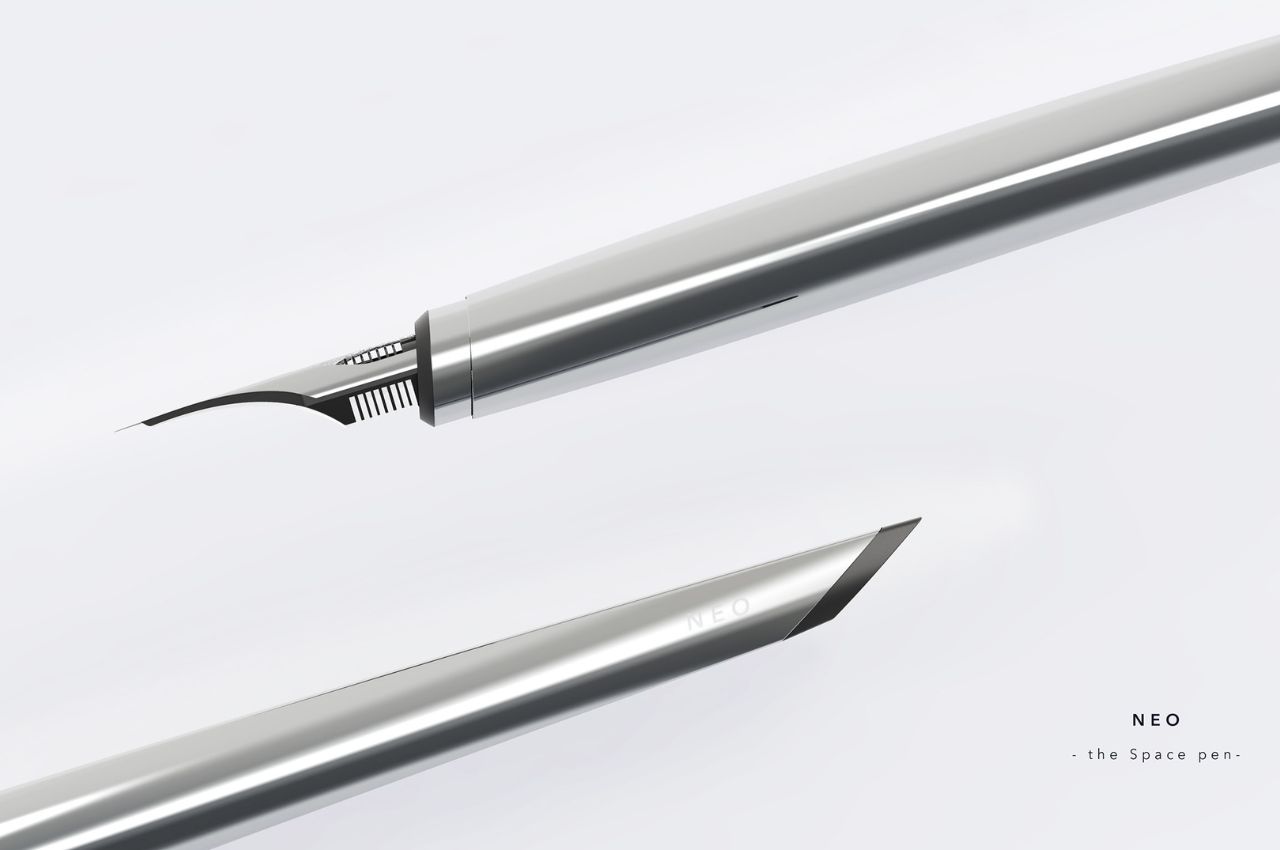 The renders didn’t really show how the pen will actually look like when used as a writing instrument. Based on its tip though it will probably have thinner lines rather than the thicker ones that we see in some fountain pens. It would have been nicer to see some handwriting samples since that’s what really appeals to pen collectors, aside from the actual design. But it seems interesting enough, if not groundbreaking. With pens though, you tend to go for the familiar and functional rather than the innovation. 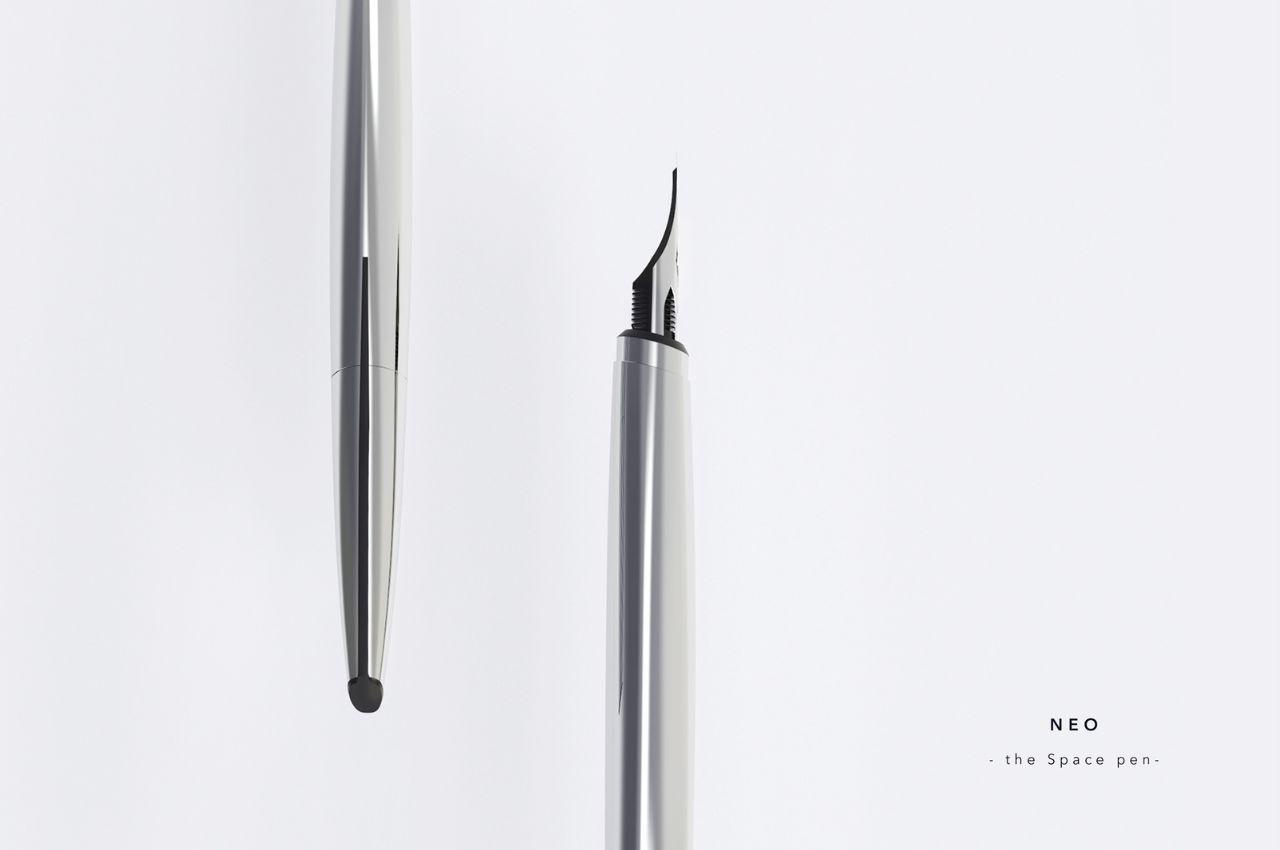 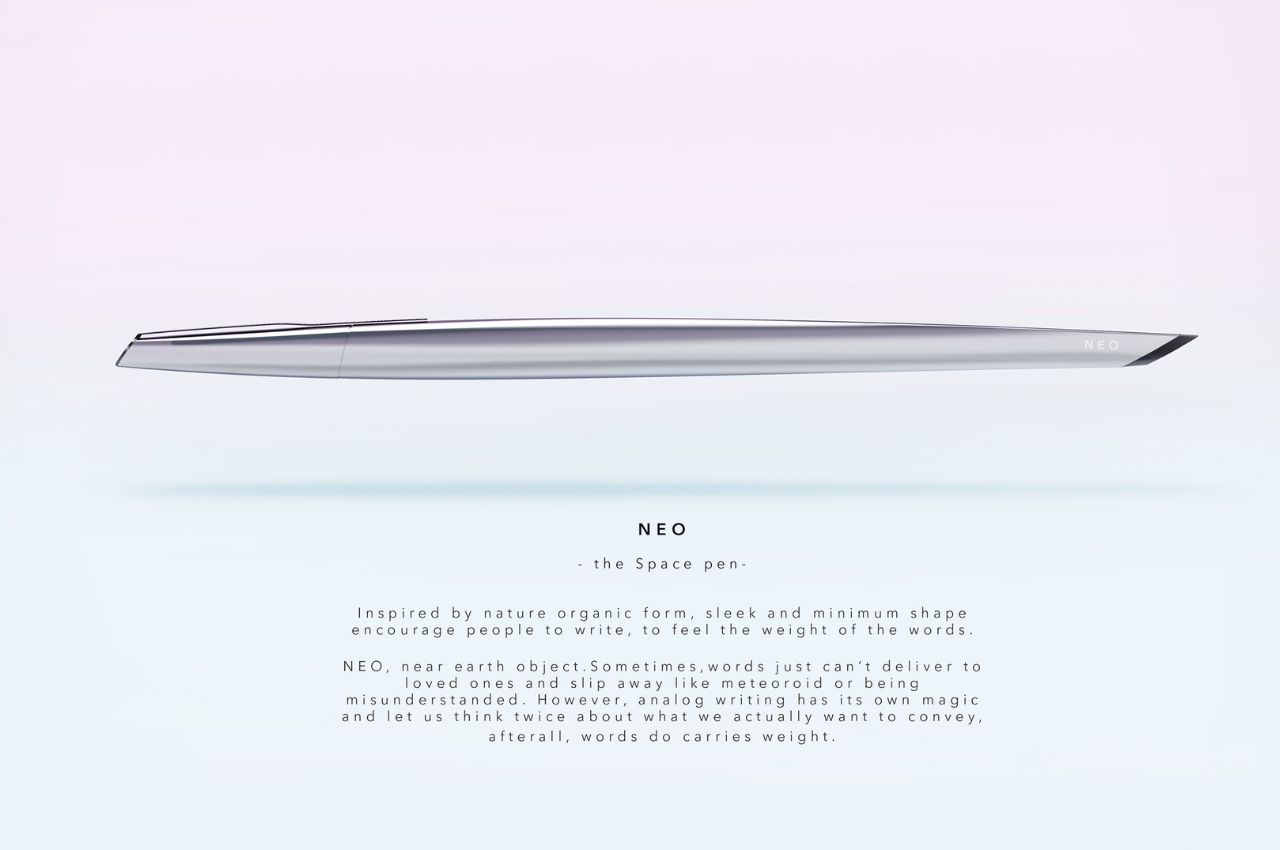 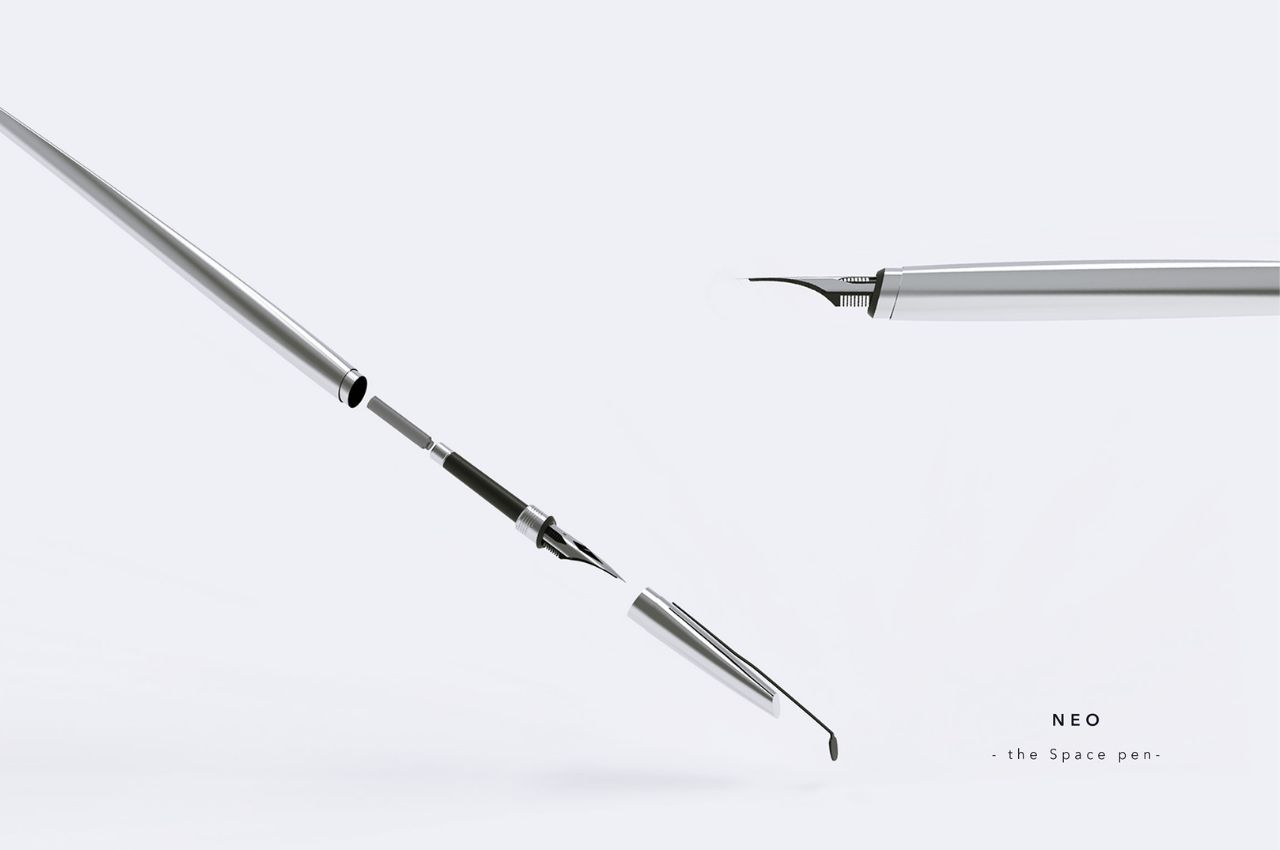