The truth about freelancing and 5 common myths that are wrong 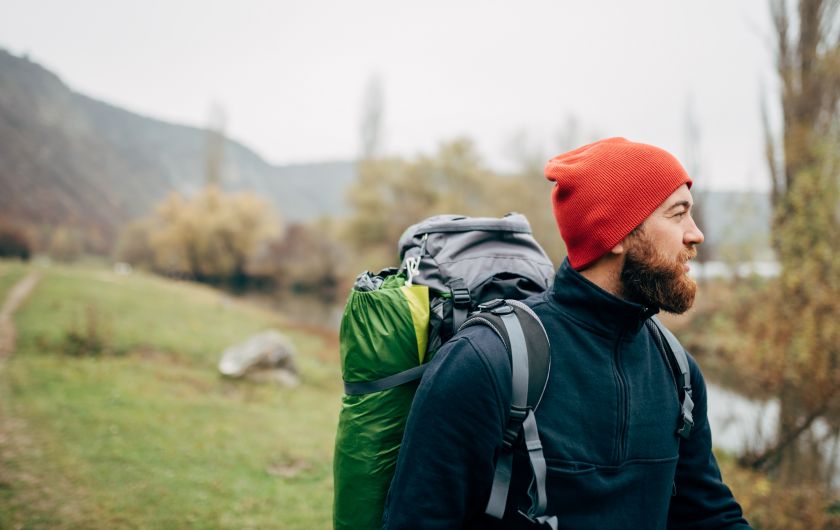 In general, there wasn’t much to celebrate this January. But I did have one personal reason to raise a glass of bubbly: the fifth anniversary of my going freelance.

Back in 2016, after years of working for various magazine publishers, I’d taken the plunge and struck out on my own. And I quickly became one of those annoying ‘born again’ freelancers who couldn’t shut up about how great freelancing was and how I’d wished I’d done it sooner.

Don’t get me wrong; I enjoyed my years as an employee. And I don’t believe that freelance life suits everyone. But I do think there are certain myths that put some people off who’d otherwise thrive as independent creatives.

So if you’ll permit me, I’ll outline five big ones here. (And try to keep the sense of unbearable smugness under wraps.)

1. Financial insecurity is a nightmare

When a salary cheque landed in my account, month after month, I couldn’t imagine coping without it. I’d hear talk of freelancers going through financial feast and famine and trembled at the thought. This was undoubtedly my biggest fear.

And indeed, that fear was well-founded. Freelancing is absolutely financially insecure. You’re now effectively running your own small business and can no longer expect anyone to look after you. Despite people’s promises, payments often arrive late, incomplete and sometimes not at all.

For this reason, you shouldn’t leave your job until you have at least a few months’ salary in the bank, to tide you over the bad times. Even then, you’ll often be stressed about having enough work. Plus, in the current climate, you’ll worry that certain clients will even survive long enough to pay you.

But that’s not the whole story.

What surprised me was that this stress isn’t crippling, like you might expect. It’s actually the opposite. I’ve found it strangely liberating.

The words of the 19th-century Danish philosopher Søren Kierkegaard – “Anxiety is the dizziness of freedom” – have never felt so relevant. Whether I get to eat next month is down to me and me alone. And this makes me feel alive, aware and motivated, in a way that mindlessly clocking in and out as an employee never did.

In short, even when I’m doing the same kinds of work I did as an employee, the feelings and motivations are totally different. Rather than feel hard done by and put upon, I feel energised and buzzing. And believe me, no one is more surprised about that than me.

The fastest way to dissuade yourself from going freelance is to glance at a site like , where freelancers share stories of nightmare clients who’ve tried to rip them off. Alternatively, just gather any two or three freelancers together, and they’ll soon start bitching about horribly exploitative clients.

But don’t think that being exploited is the norm in creative freelance life. It’s simply that talking about the majority of our clients, who are helpful, considerate, and a joy to work with, just isn’t that interesting. Plus, as to my earlier point, no one likes a smug freelancer banging on about how great everything is going. Well, certainly not on this self-deprecating side of the Atlantic, anyway.

So yes, in your first years of freelancing, you’ll doubtless end up encountering a dodgy client or two. And you may well lose some money along the way. That’s the nature of life, whether you’re a creative or any other type of independent contractor. (Ask any painter and decorator for similar horror stories, and you’ll probably be there all day.)

But at the end of the day, nobody dies, you learn some important lessons, and you move on. And the silver lining is, you’ll have a bonding story or two to share with your fellow freelancers.

In your first years of freelancing, you’ll doubtless end up encountering a dodgy client or two. And you may well lose some money. That’s the nature of life, whether you’re a creative or any other type of independent.

It’s been over a year since we were all forced to work from home, whether staff or freelance. And it’s certainly the case that lockdown has been incredibly lonely and isolating for many people.

But if this has been your first experience as a remote worker, don’t think that’s what freelance life is like in normal times. When the pubs, gyms and co-working spaces open back up again, freelancers will go back to a life that’s stereotyped as lonely, but which I’ve found is anything but.

Sure, when I left my job, I initially missed the buzz of office life (just like many released convicts find it difficult to cope outside prison). But I quickly adjusted.

I found that I had a lot of extra time on my hands from no longer commuting. Not to mention working shorter hours in general, because I was getting on with work and not sitting in long, pointless meetings all day. And I could spend that time getting out and socialising properly, with people I really wanted to be with, and doing fun things that I really wanted to do.

Would I swap all that for the chance to have rushed conversations over the coffee machine about the latest Netflix show, mingled in with some griping about the boss? No thanks, you’re alright.

One of the best things about being an employee is that not only do you get 4-6 weeks holiday a year, your boss normally forces you to take them so they can have their paperwork in order. When you’re your own boss, though, it’s more tricky.

You don’t like to turn down work, and so there never seems to be a ‘free week’ available. Some projects can rumble on for months, and you don’t like the idea of being unavailable to clients. And if you do get away, you take your laptop with you and are always checking emails “just in case”.

Book a holiday, tell your clients in advance and complete all your work in good time before you jet off. Then leave the laptop behind and switch off your phone.

It’s not rocket science. You just have to be disciplined about it. And ultimately, it’s easier to book a holiday as a freelancer than when you’re on staff because there’s no one who needs to formally approve it but you.

5. It’s difficult to get motivated

It’s great that as a freelancer, you can work when you want. But because of that, I initially worried I wouldn’t get out of bed every morning.

But this fear was based on a fallacy. When I woke up as an employee, I’d always groan and grimace when I realised it was a weekday. But now I work as a freelancer, where I’m choosing the projects I enjoy and working with clients I get on with; things are totally different because I’m actually looking forward to the day ahead.

In theory, I could easily decide to stay in bed and write the day off completely. There would be no boss to reprimand me or colleagues to shake their head in disgust. But funnily enough, over five years, I’ve never felt tempted to do so. And that in itself, surely, speaks volumes.