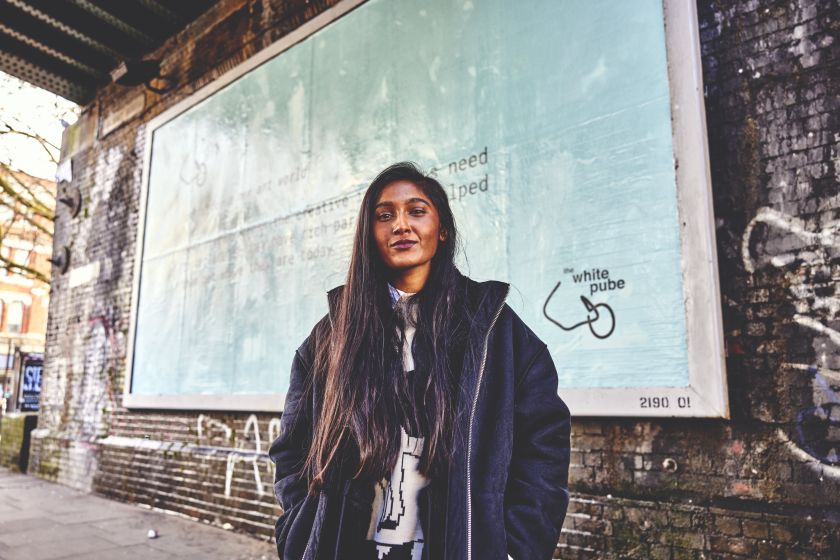 Zarina Muhammad of The White Pube

Taking its manifesto to the streets of London and Liverpool this month is , a platform founded in 2015 by Zarina Muhammad and Gabrielle de la Puente to bring us far-from-boring reviews on art, video games, food – as well as push for a fairer art world.

Describing themselves as “unprofessional, irresponsible part-time critics”, the pair recognised that the creative industries were dominated by “overly stale, pale and male” writers and wanted to do something about it, making creativity more diverse, accessible and meaningful to a wider audience.

With a popular new and online magazine, The White Pube has built a loyal following (check them out on ) and its fanbase support them via . For the last five years, it has run a ‘web residency’, offering artists or “whoever” to take over their homepage for a month – giving often underrepresented creatives a platform and voice. , and are just some of the creatives to be featured. 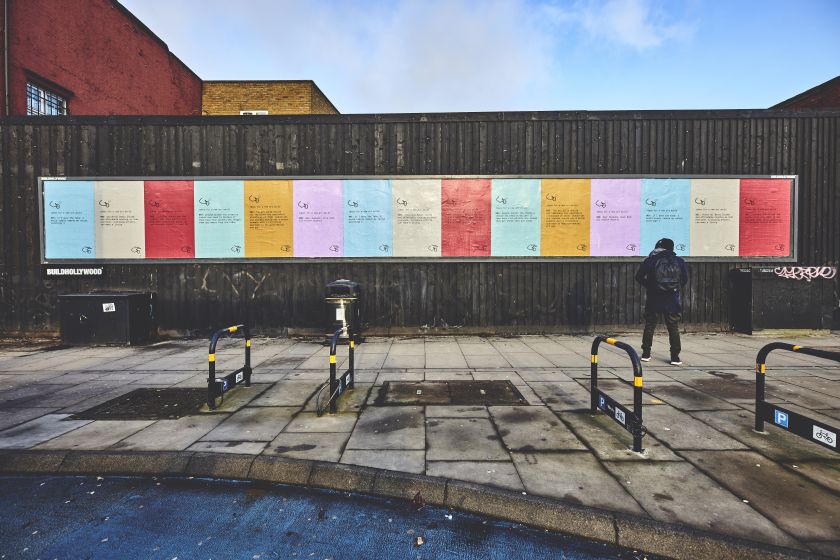 Now the White Pube has collaborated with the BUILDHOLLYWOOD family of , and for its Your Space Or Mine initiative, which gives artists and creatives a platform on the street. In this latest offering, the pair present their “ideas for a new art world”, featuring six direct and ambitious suggestions as to “how things might be improved for the many and not just the few”.

The billboards and posters feature black text on a series of bold colour backgrounds to confront passers-by with plain-speaking ideas such as ‘Universal Basic Income and affordable housing so that everyone, including artists, can make a living’ and ‘Curators should ask the public to see what they think galleries and museums should be used for’ and ‘Dear museums, give back all stolen objects’. 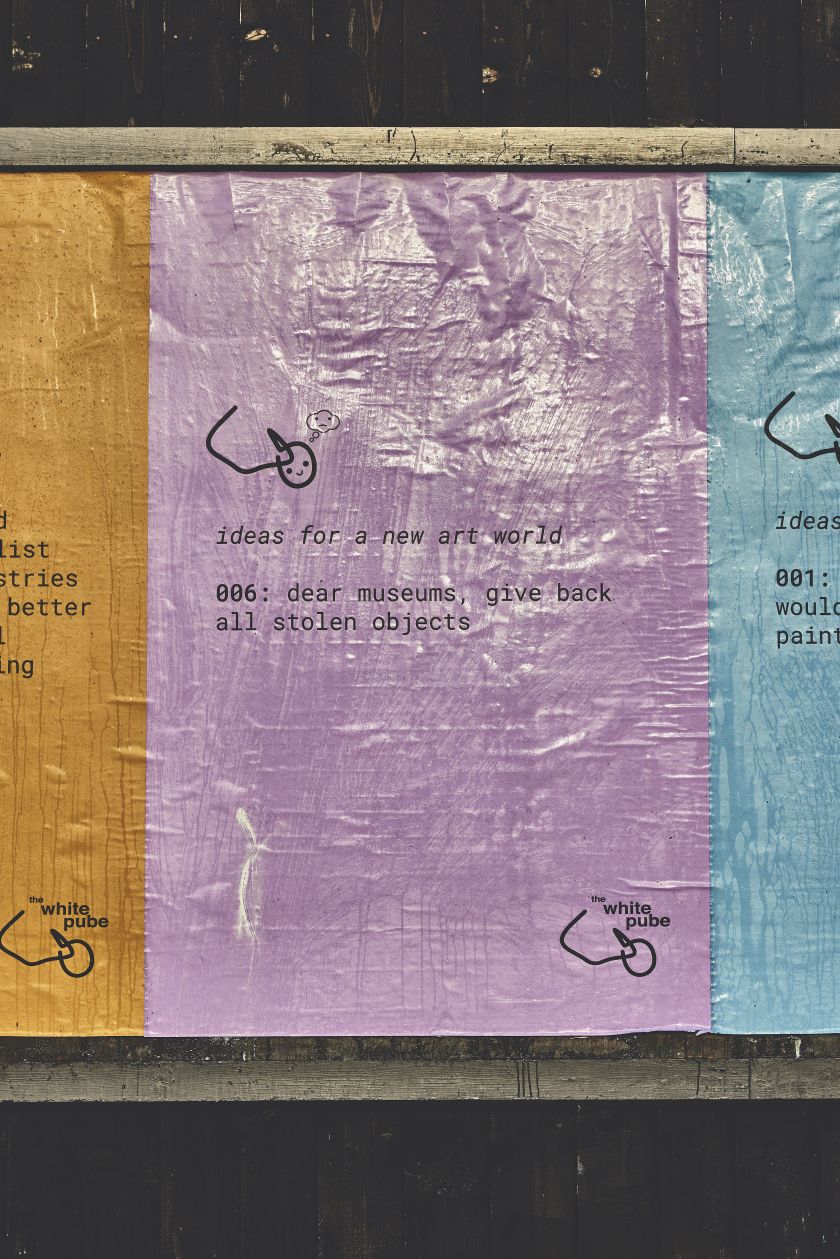 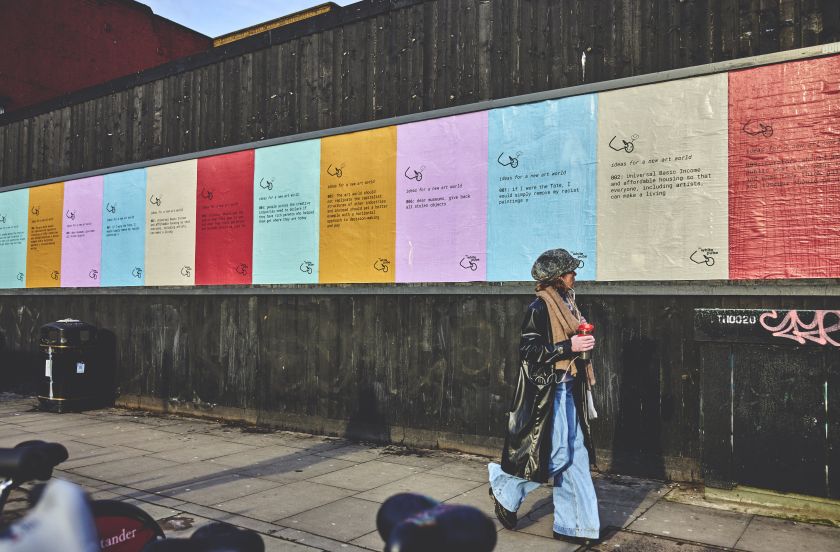 “Think we just wanna proselytise a bit, but not too preachy – a nice middle-ground for the ‘saying what everyone’s thinking’ crowd,” said Zarina and Gabrielle. “We’ve noticed the way problems in the creative industries arise like they’re all the same 5/6 problems that express themselves in all these kinda obscured convoluted and different ways. I think we wanted to plop these Lil’ aphorisms out there, as simple, feasible solutions, almost to prove how easy they can be if change is sincerely sought.

“None of these things is particularly radical, they’re just common sense, but for some reason, the creative industry operates in this wild space that makes them seem outlandish. Maybe they’re also manifestations… Universe! Make it happen, please!”

The collaboration will run over three months, with the artwork changing every two weeks. 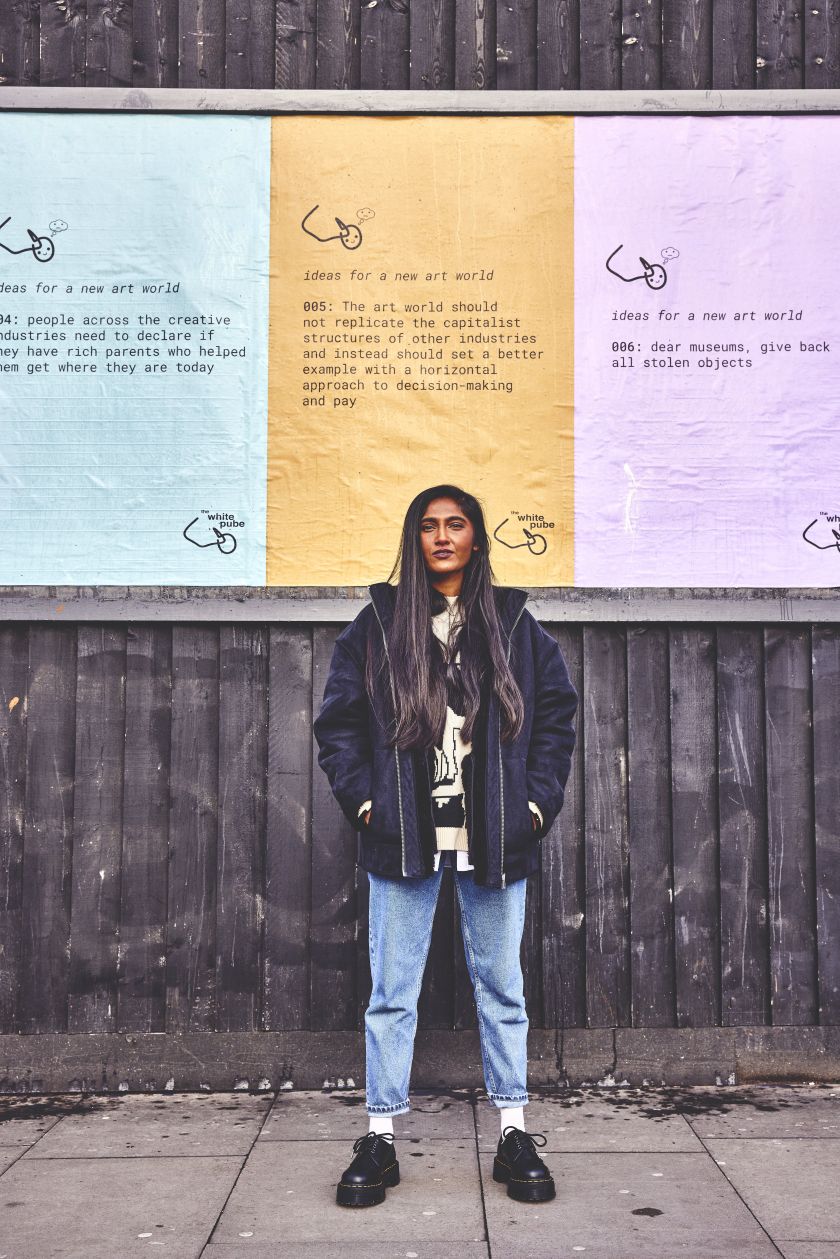 Zarina Muhammad of The White Pube