The Word Search Series by artist investigates concepts of contradiction and loss of meaning through the use of a single sculpture made from many individual sculptures. Each viewer is invited to excavate the hidden poem(s).

The artwork is designed to evolve into new works, where each glyph module moves on a system of hidden rails. New poems are composed on a regular basis. 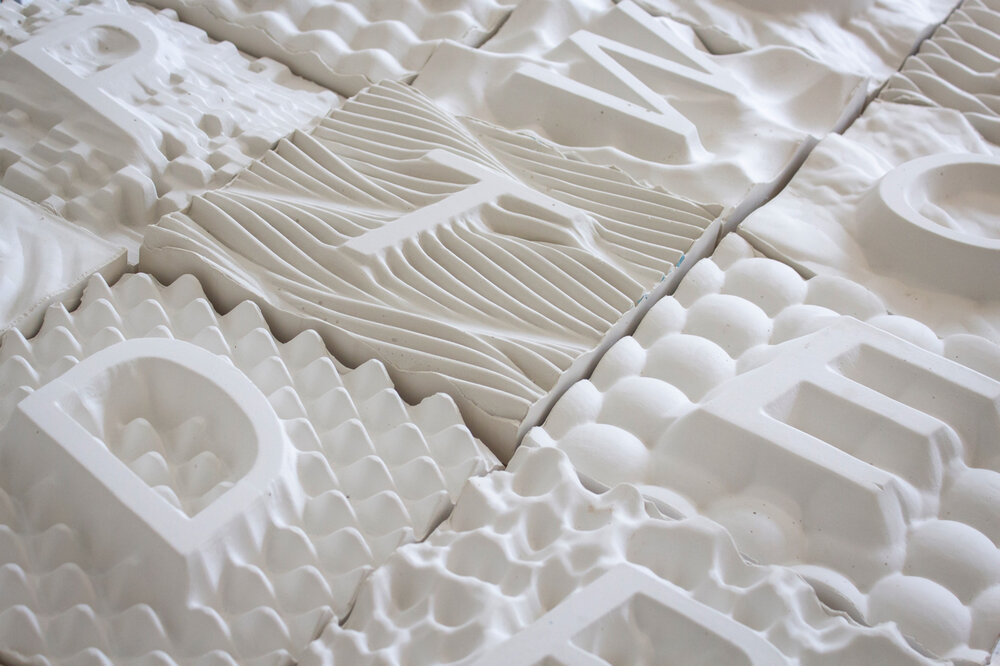 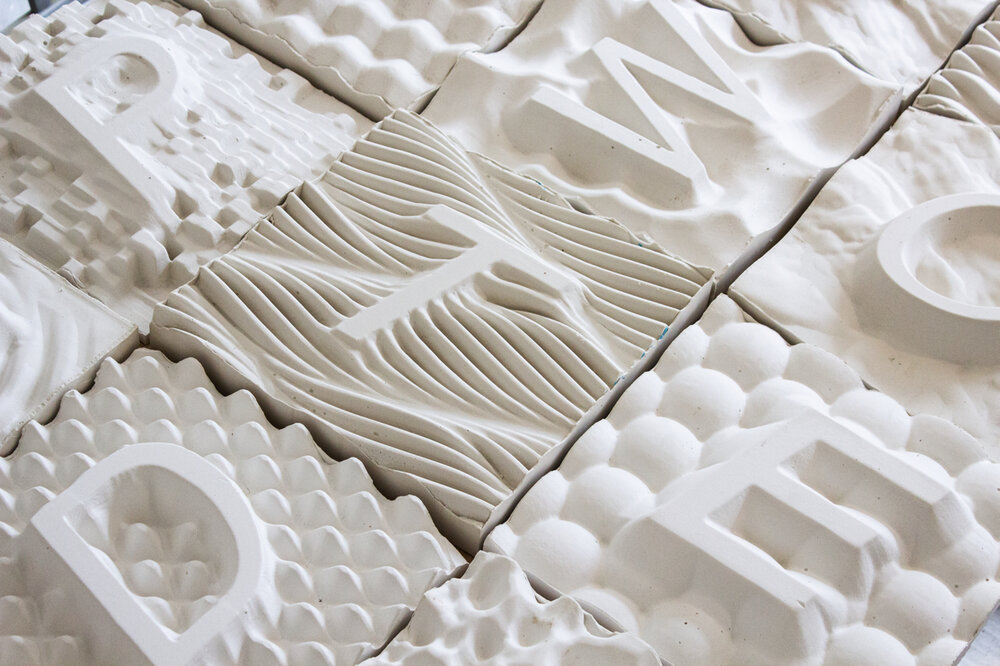 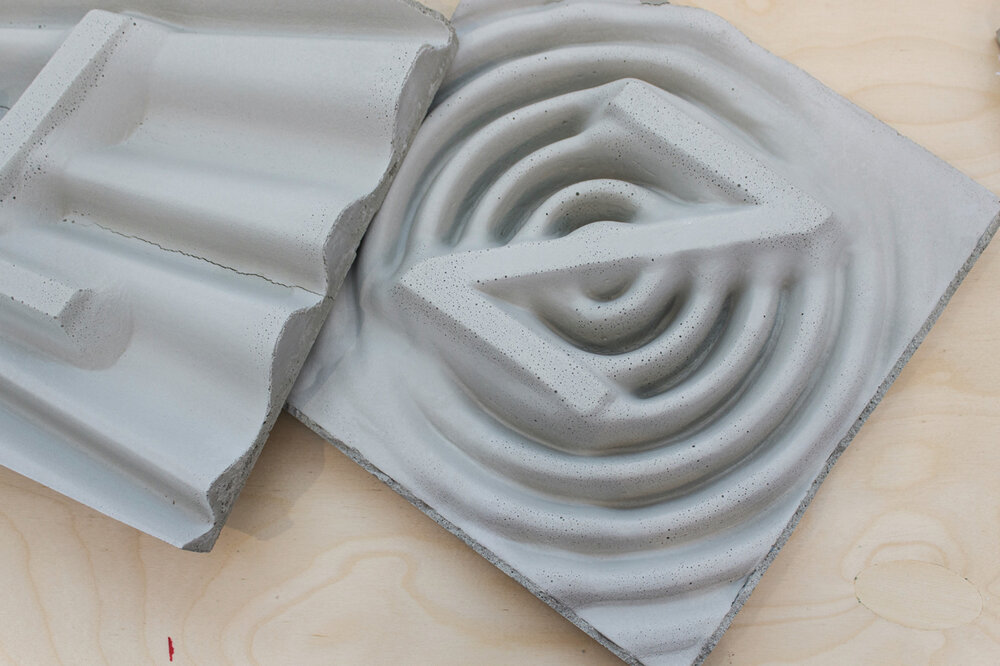 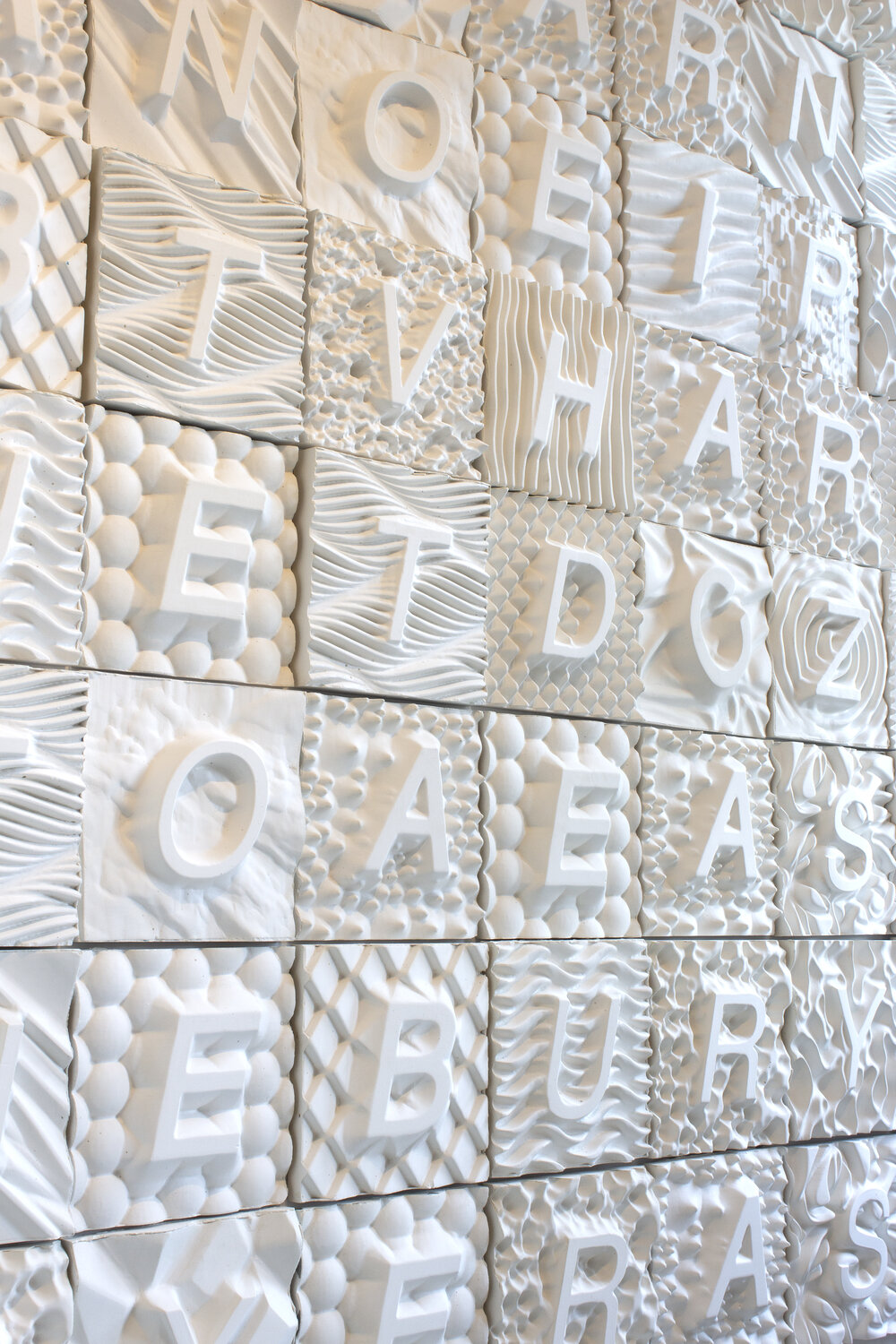 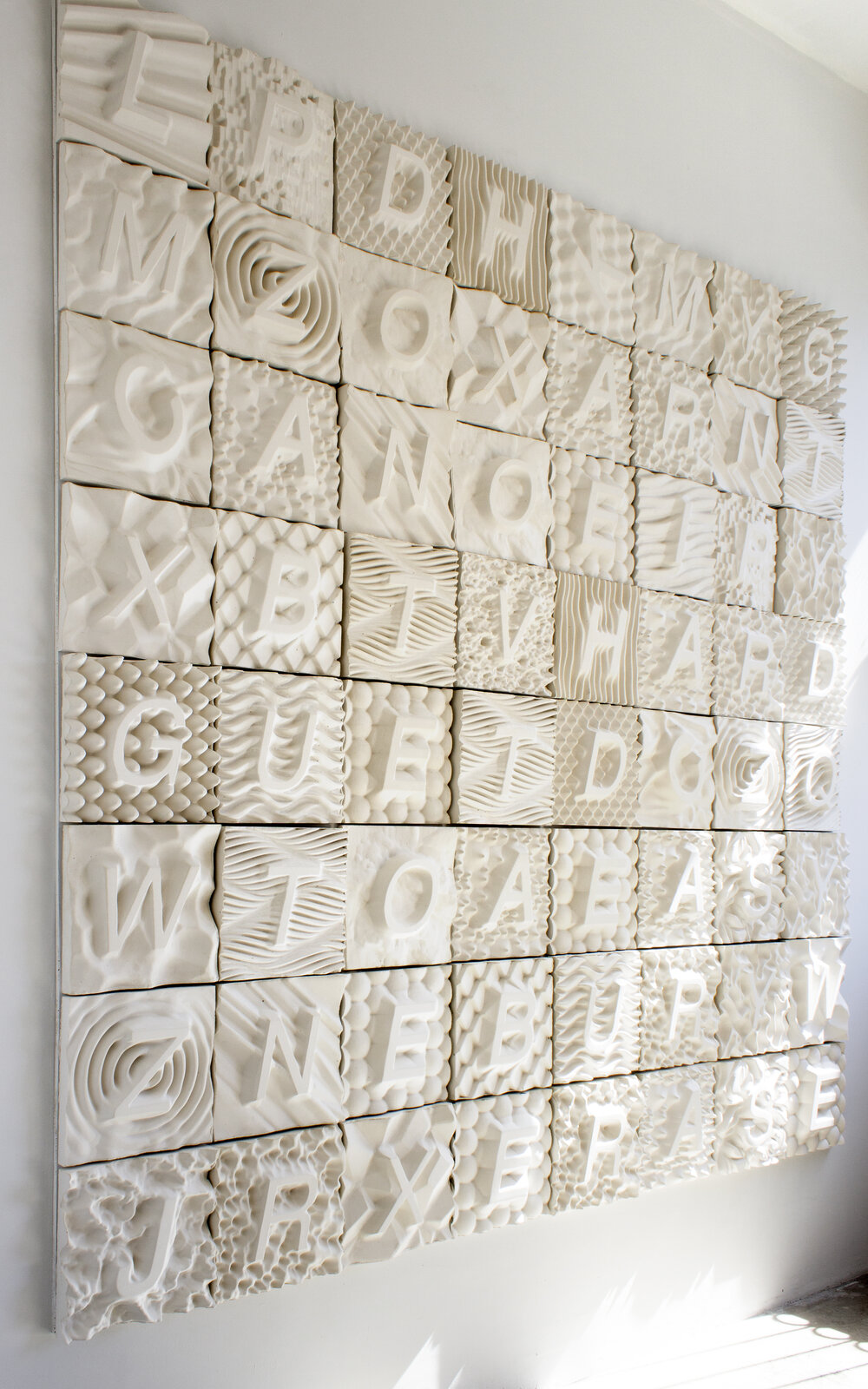 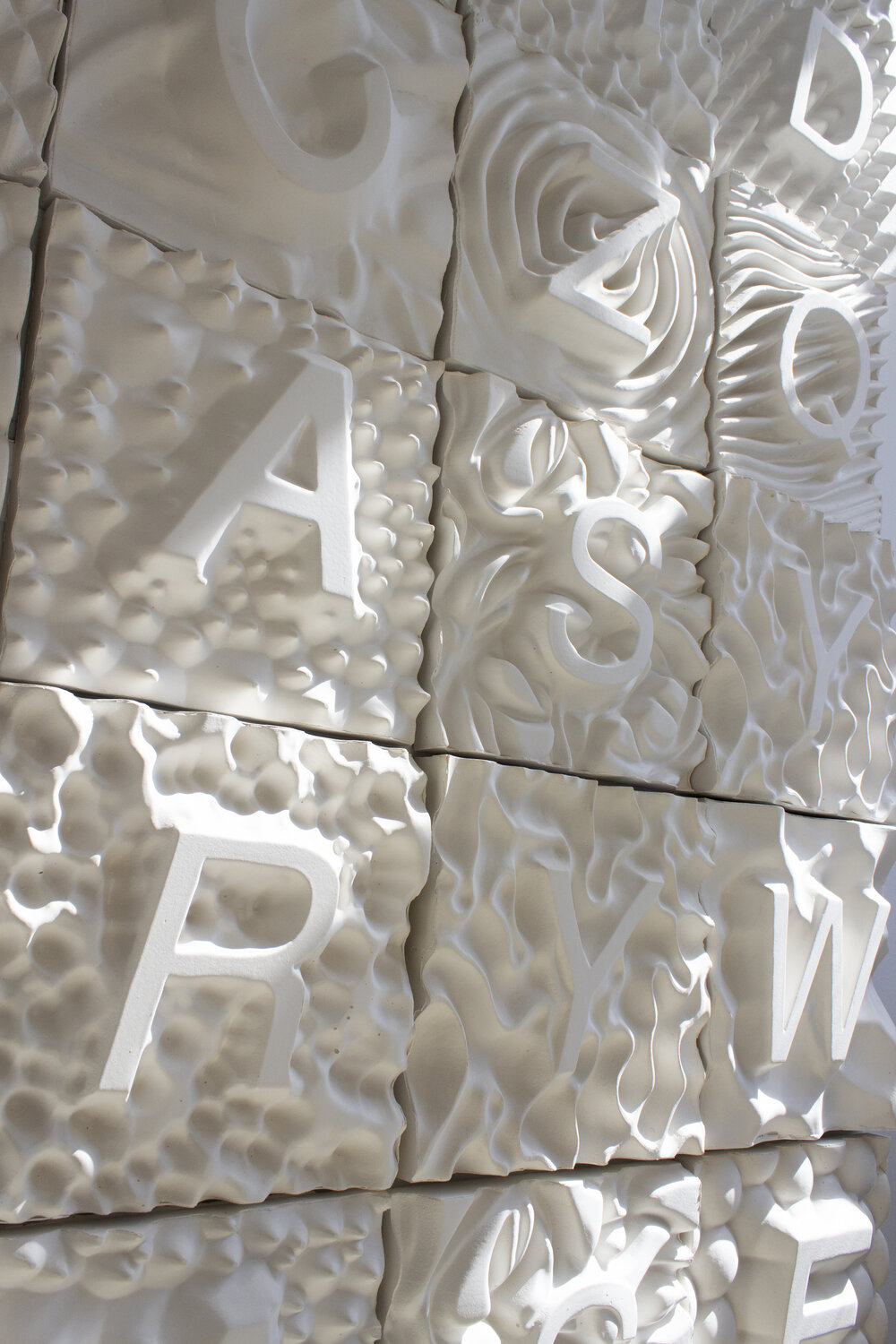 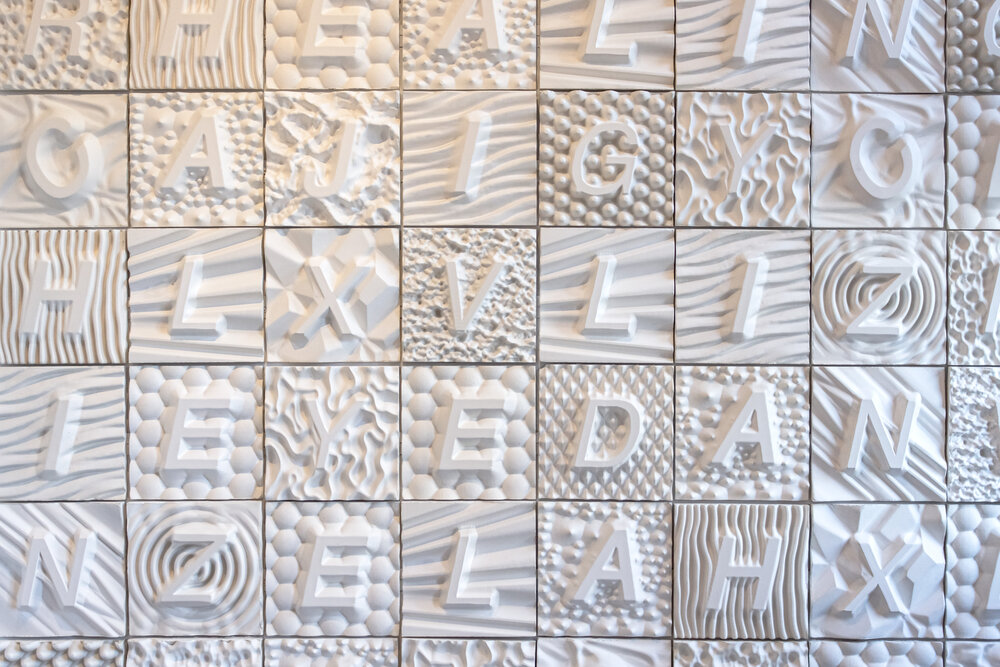 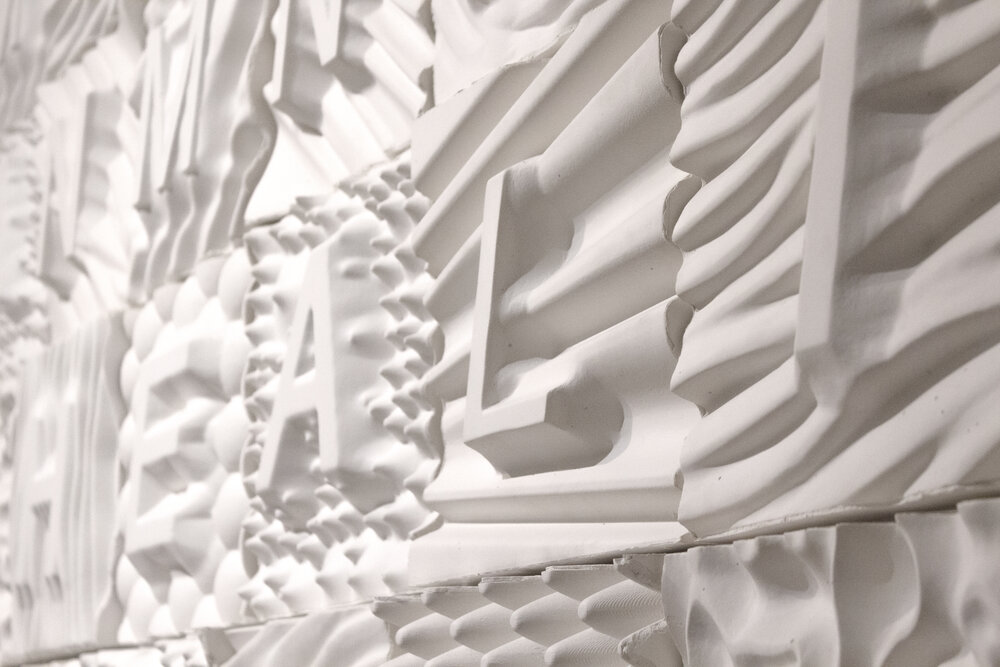 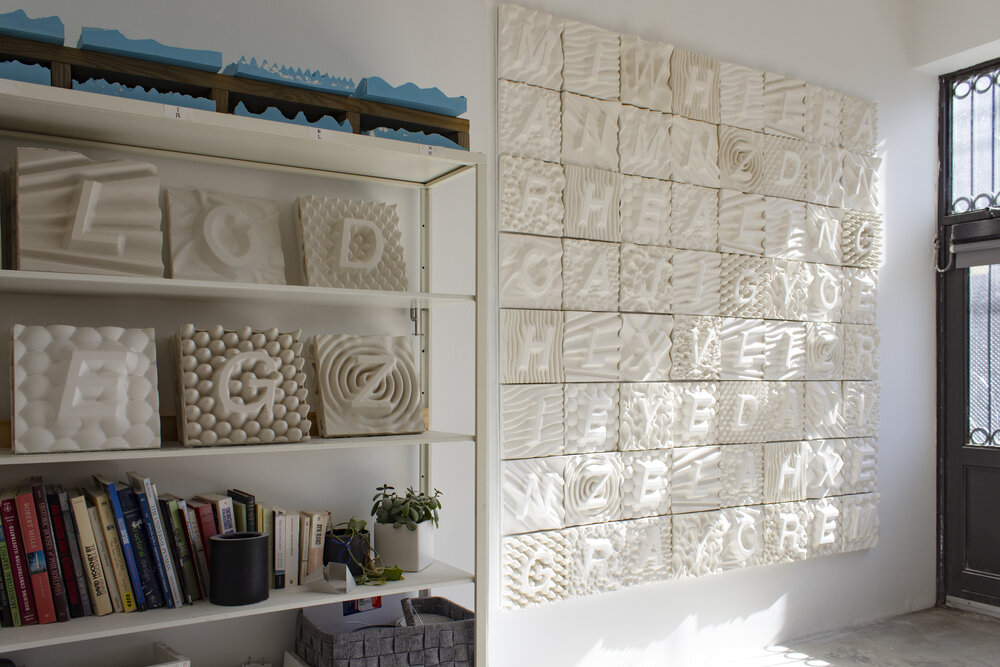