These Polish posters from the Soviet era are utterly unique 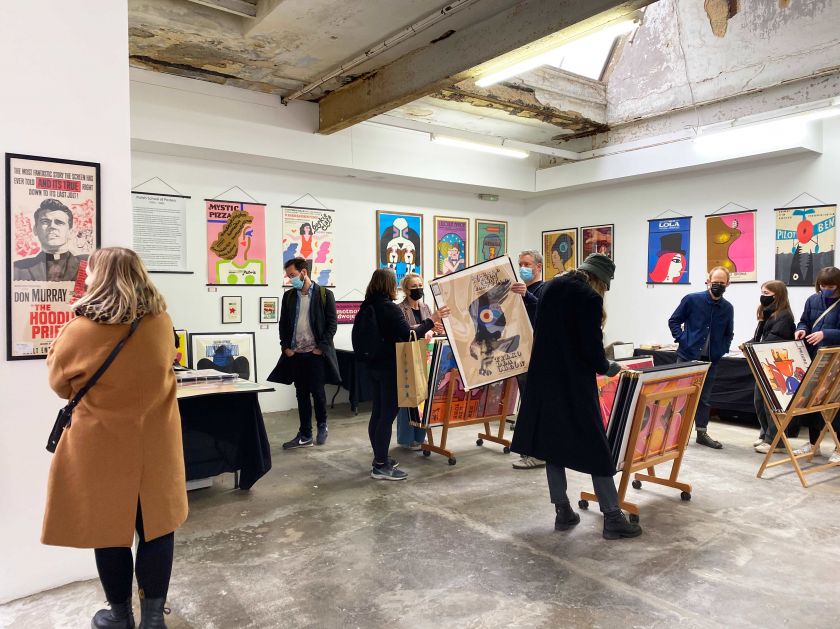 When you think of Communist-era posters, you think of Soviet soldiers and workers striking defiant poses. But the world behind the Iron Curtain extended far beyond the USSR. Some of the most expressive, meaningful and original posters of the time actually came from Poland, and they’re very different from what you might expect.

Harriet and Sylwia, aka , are a British-Polish duo dedicated to resurfacing this ground-breaking, yet little known art movement. Based in London, they specialise in sourcing original vintage posters from Poland alongside limited-edition reprints of classic designs, printed in Poland with full authorisation from the artists and their families. Prices start from £10 to £1,000+ for truly rare and iconic pieces.

For November, they’re co-organising Projekt Mkt, a vintage poster market in Clapton, London, following the success of an earlier event in Peckham this May (you can buy tickets ). Other exhibitors joining them include ex-Christie’s directors Tomkinson Churchers with rare Hockey prints, Travel on Paper with sublime mid-century tourism and travel posters, and Orson and Welles with iconic film posters.

We chatted to Harriet about just what’s so special about their vintage Polish posters and how she and Sylwia began this unique project.

What’s so special about these vintage posters?

Post-war Polish posters (1945-1989) are unlike any others. They were ground-breaking in so many different ways. They elevated posters from simple advertising tools, which were designed to catch the attention of passers-by, into truly original and thoughtful works of art that were designed to be ‘read’; they are full of subversive wit, symbolism and meaning. 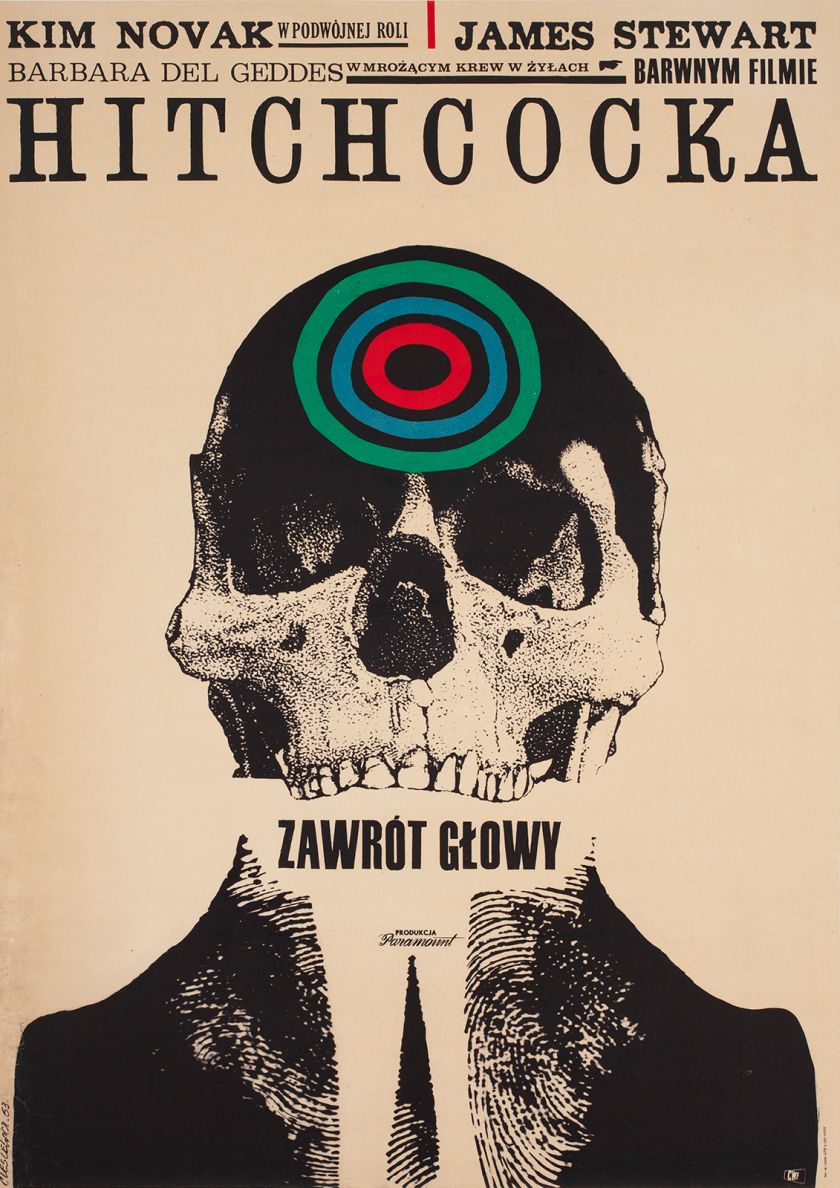 The artists used their work to convey their disdain for the Soviet regime and against the use of violence but did so with humour and charm, and always subtly enough to get past the censors.

They also shunned conventional layouts and hierarchy by integrating type and graphics rather than viewing them as separate elements. It may have been partly because fonts weren’t available, so every letter was hand-drawn.

The posters both connect us to the past and speak to us in the present; the designs are as striking as they ever were and just as relevant.

Why was this style not seen anywhere else?

Even though Polish posters were born out of a time of great repression and hardship, Polish poster artists enjoyed unrivalled creative freedom. There were a set of circumstances that will never be repeated. 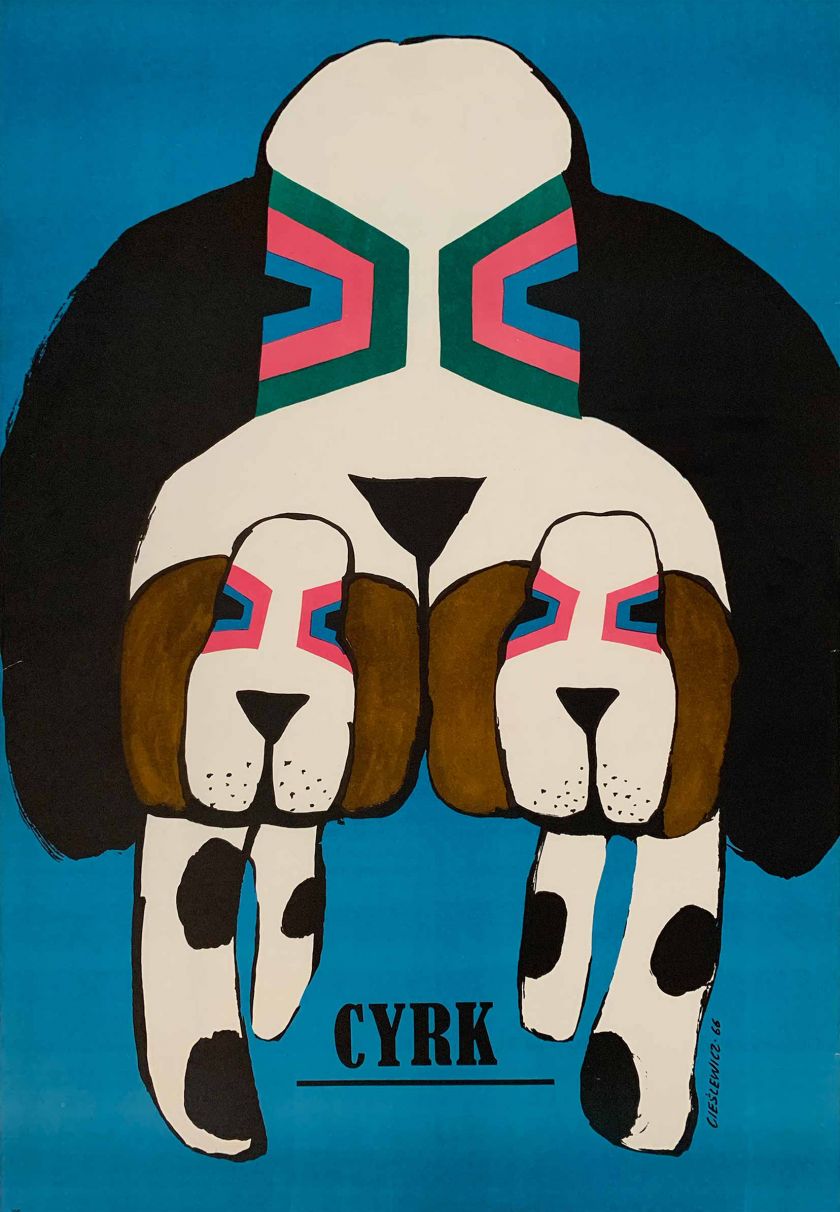 Henryk Tomaszewski, who’s the founding father of the Polish School of Posters, forged a deal with the Communist state, which changed the course of modern graphic design. Approached by the Ministry of Arts and Culture to design a film poster, he said he would only do it if he was given complete artistic free rein.

They agreed. The only rule was that he, and subsequent poster artists, must not do things the way they were done in the West. And as long as the artists avoided politics, they were left to their own devices.

After the war, fences were erected around the numerous bomb sites in Polish cities, and they became street galleries for the posters.

Successive generations of Poland’s most highly trained artists focussed their talents on this one medium. There was no alternative commercial outlet for artists. But also, there were no creative restraints inflicted by commercial bosses. 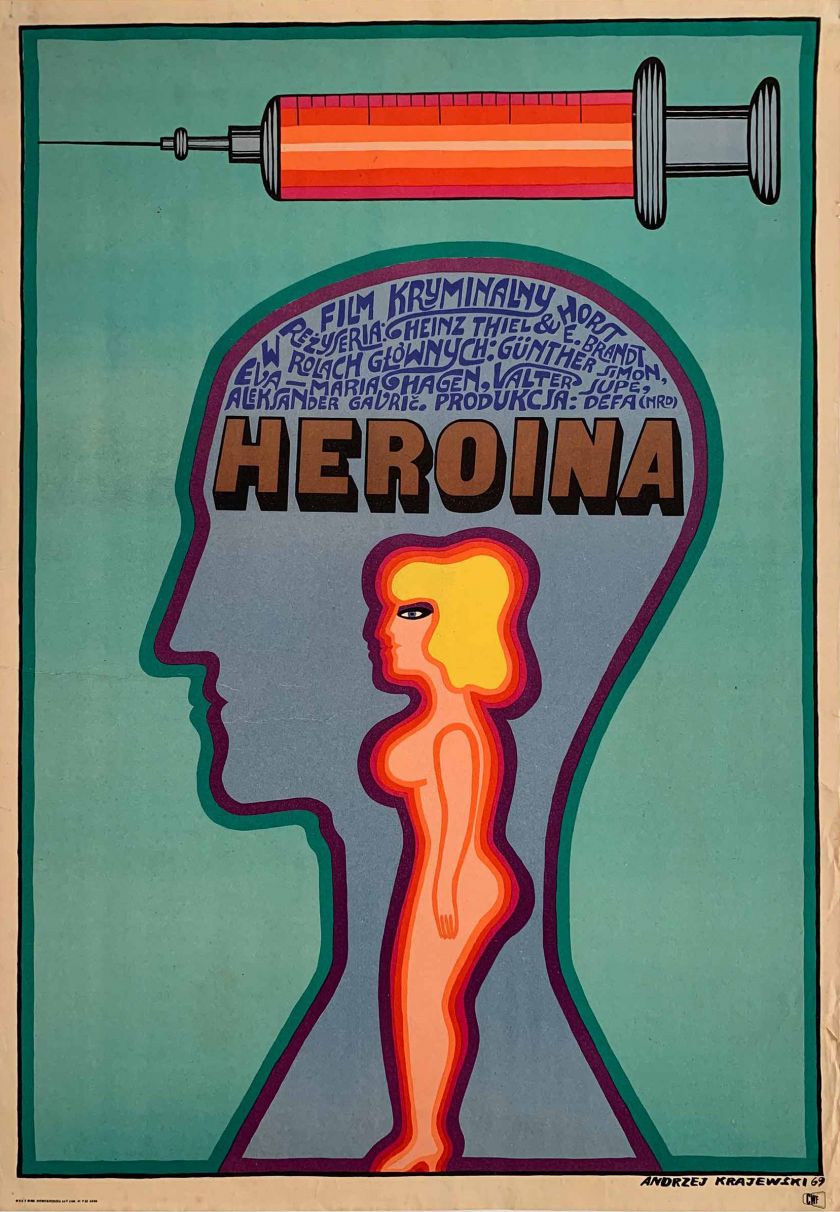 The Polish posters we collect are generally bold, joyful and colourful, but stylistically Polish posters were very diverse. There were also some very dark and surreal designs. What they share is a soulful quality that is impossible to replicate and genuine originality which still manages to surprise and delight us to this day.

How did you get started?

Sylwia and I only knew each other in passing as our kids were in the same class at primary school. I popped over to her house to drop something off, stayed for a cup of tea – which I drank on her sofa under Tadeusz Jodlowski’s 1979 circus poster ‘Nine Lions’ – and the rest is history. We got chatting about the poster: for me, it was love at first sight. And the idea for Projekt 26 was born.

By the next day, we’d probably exchanged about 100 WhatsApp messages, as we got more and more excited and couldn’t stop! It was an absolute passion project from the very beginning. 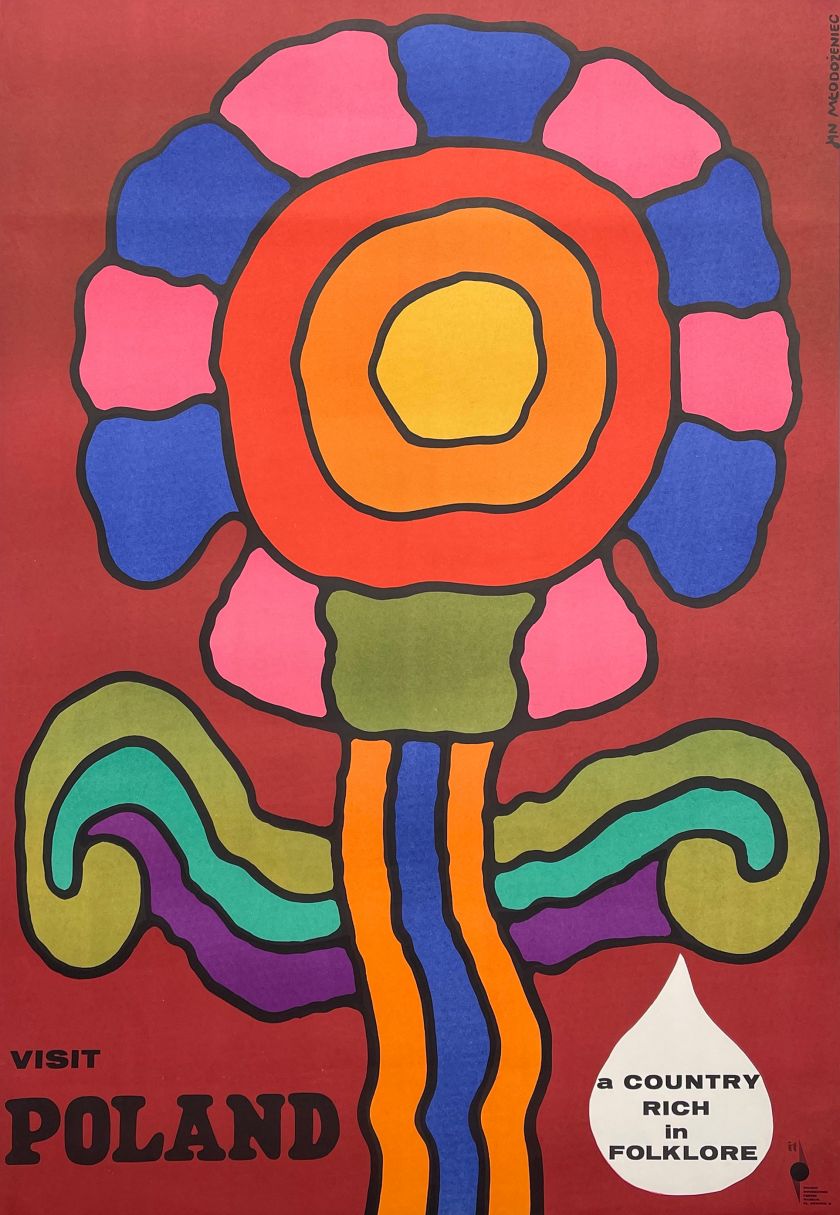 As soon as we started to research the history behind the posters, we realised we’d stumbled across something incredible. Incredibly, there were no other art dealers in the UK telling this story.

Why did you want to bring this project to life?

Telling the history of the posters is a key part of what we do. Our mission is to get the artists the recognition they deserve. Their names should be as well known as Western contemporaries like Saul Bass or Picasso. The Polish School of Posters should be taught in art and graphic design courses alongside the Swiss School of Posters and Pop Art. 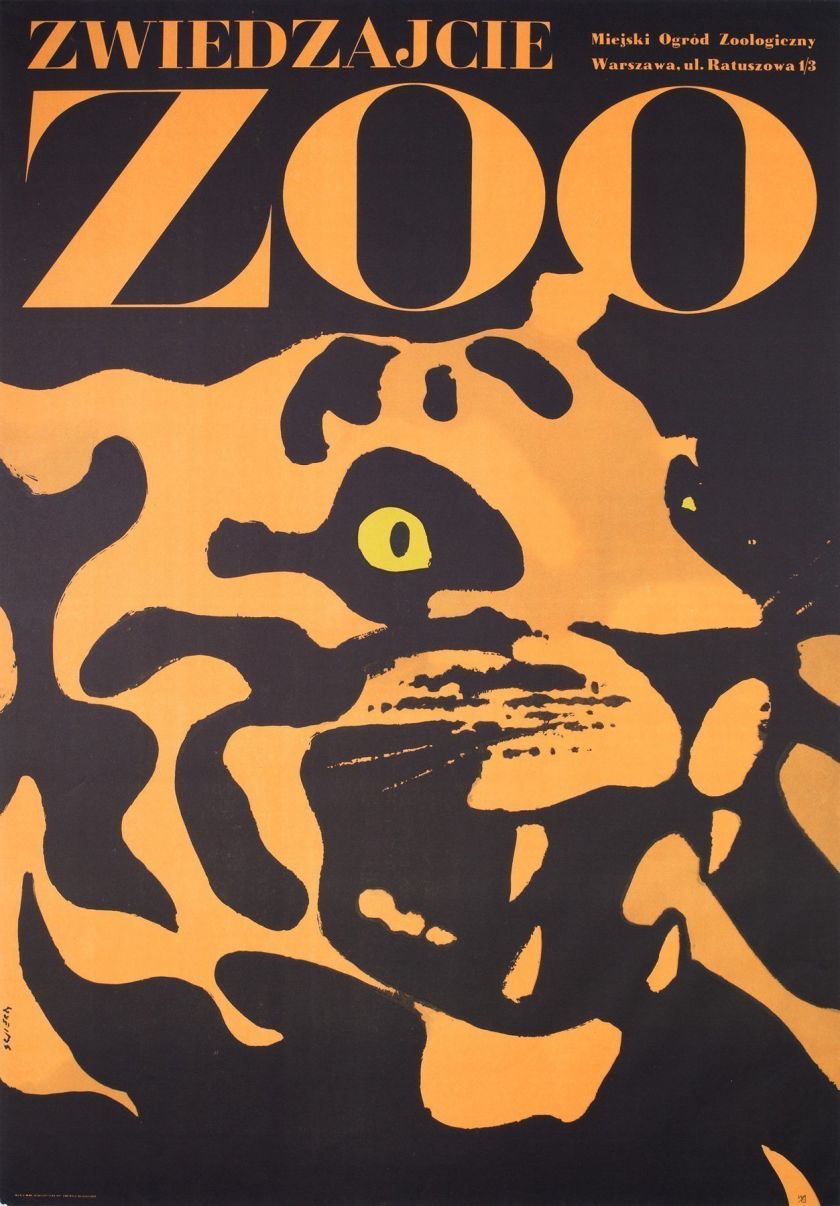 But the whole movement also really spoke to our hearts. I was so depressed by Brexit. I love that through our work, we can celebrate Poland’s cultural heritage and challenge preconceptions about Eastern Europe. By honouring history and celebrating the value of art, we are, in our own small way, able to stand up for the freedoms and positive values we believe in.

Can you tell us about your own background?

Sylwia came to London about 16 years ago. She’s always loved design but has worked all over the place. She was last seen working in corporate HR, which paid much better than vintage posters, but it never felt satisfying.

Meanwhile, I was working in TV as a development producer. Then, about six years ago, I suffered a really serious illness, after which I decided to retrain as a graphic designer, something I’d always wanted to do. It was the summer right after graduating when we started Projekt 26. I was also working as a freelance copywriter at the time. 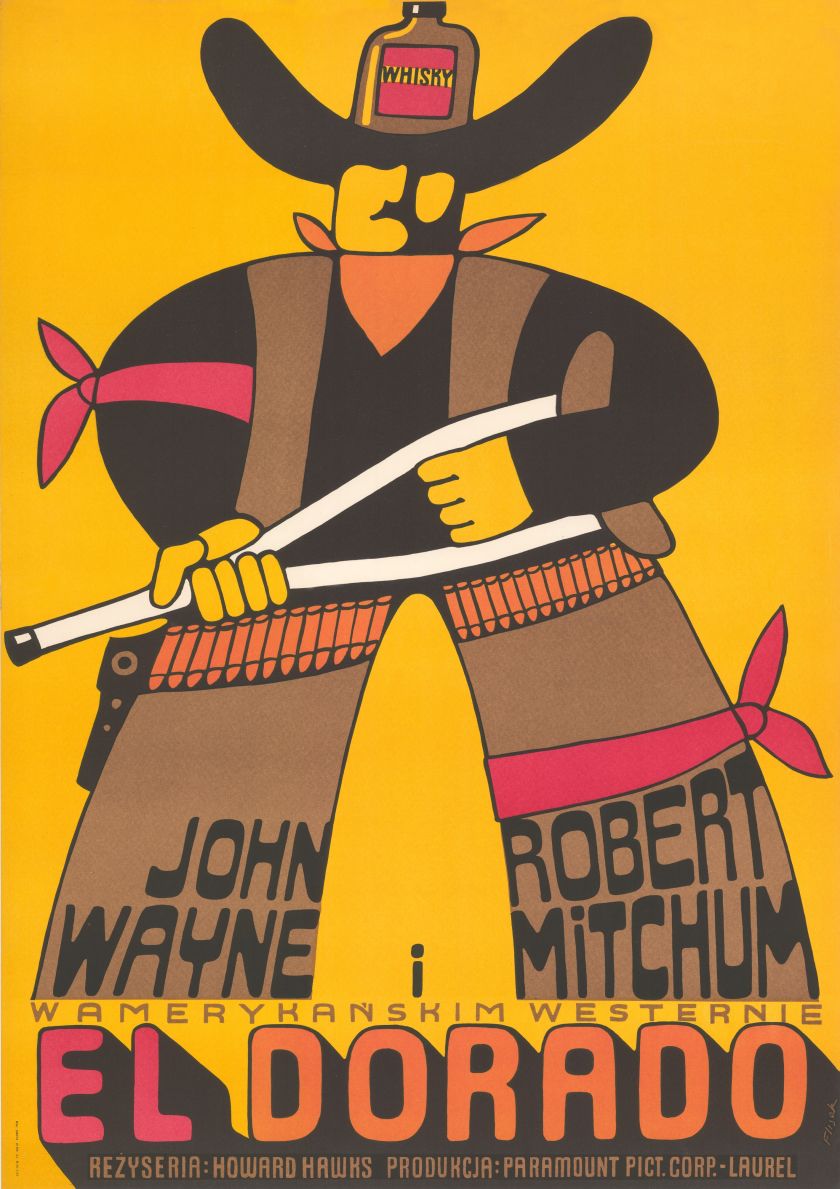 We now both work full time on Projekt 26. I do all of the copy and design, and Sylwia is the queen of sourcing. We are a bit of a two-man band and turn our hand to anything we need to! We’re currently working on some really exciting collaborative projects, and we love that we never know where our adventure will take us. We’ve also met so many insanely lovely and creative people along the way.

Over the past few years, we have become friends with major gallery owners, collectors and poster experts in Poland, with who we work really closely. We’re also meeting as many of the surviving artists as we can and the families of those who’ve sadly already died.

What can you tell us about Projekt Mkt?

We launched our own vintage poster market in May. It was a total spur of the moment idea post-lockdown, but we were buoyed by the spirit of the Polish School of Poster artists who opened the world’s first-ever Poster Museum in Warsaw in the 1960s. 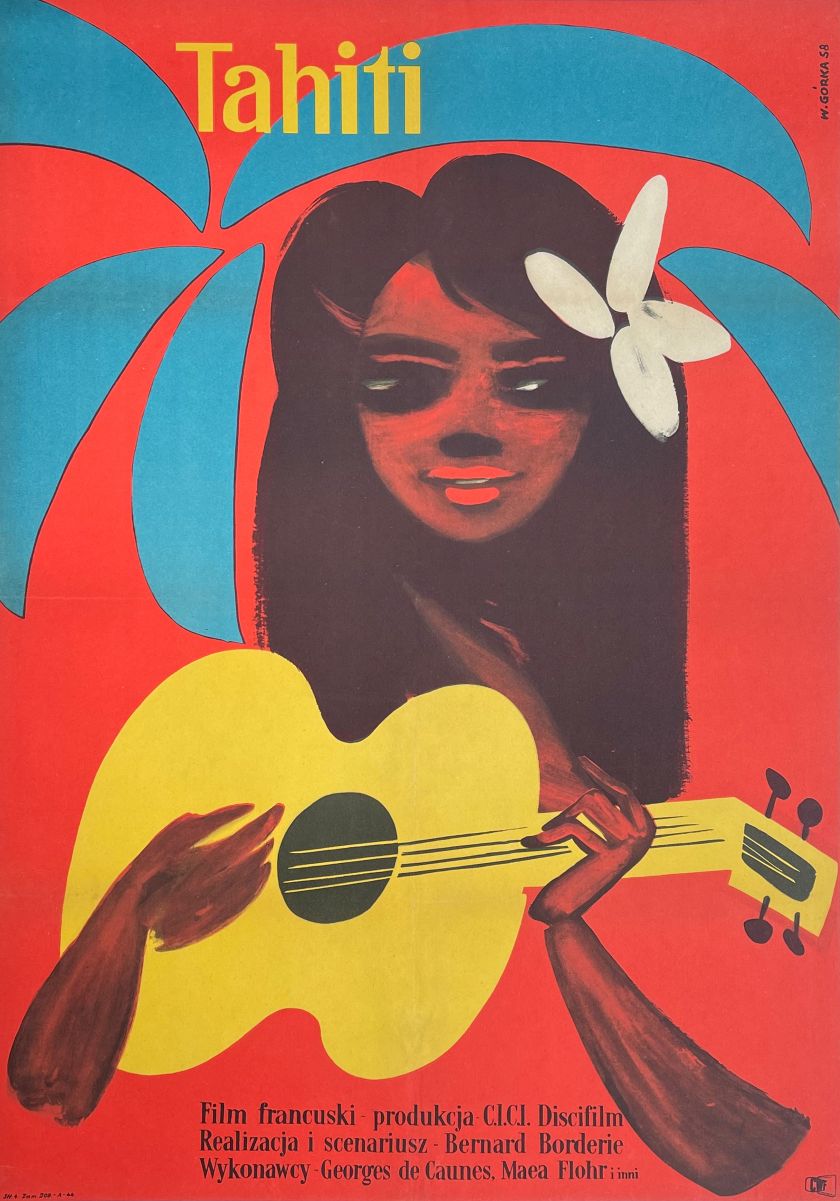 As far as we know, our vintage poster market was the first of its kind in the UK. We are currently preparing for our next one in Hackney from 12-14th November. For anybody interested in 20th-century art, design and popular culture, it’ll be an absolute feast for the eyes, we promise! Tickets for are available via .