There are some whose work transcends their medium and pours into in-between spaces of the design world. Tadao Ando and Luis Barragán, for instance, might be aptly known for their artful geometric structures formed primarily from plastered concrete, but they’re perhaps better known for the ways they use to dance and interact with the angles and surfaces formed from those concrete structures. Inspired by the renowned architects’ masterful uses of light, Brazilian designer Luiza Guidi created Māyā, a collection of simple lamp fixtures that when opened create enchanting light displays.

In Hinduism, Māyā is, “the power by which the universe becomes manifest; the illusion or appearance of the phenomenal world,” as Guidi notes. Appropriately described as an illusion, Māyā contains a lot more than meets the eye. When closed, the simple lamp structure almost appears as an empty picture frame hanging on the wall. When opened, in a similar fashion to that of a book, Māyā disperses light and forms geometric shadows and angles against the wall from which it hangs.

Constructed from steel rods with a hinge opening method, the minimalistic lamp fixtures can be peeled open to form multiple sets of different angles. When Māyā’s steel rods are fully unfurled, forming an obtuse angle with the lamp’s hinges, the initially concealed lamp fills the wall with warm, golden light and slim, fractal dark shadows. Then, when only slightly opened, larger geometric shadows are framed with soft beams of light. As Guidi puts it, Māyā embodies, “the simplest design with a bewitching result.” 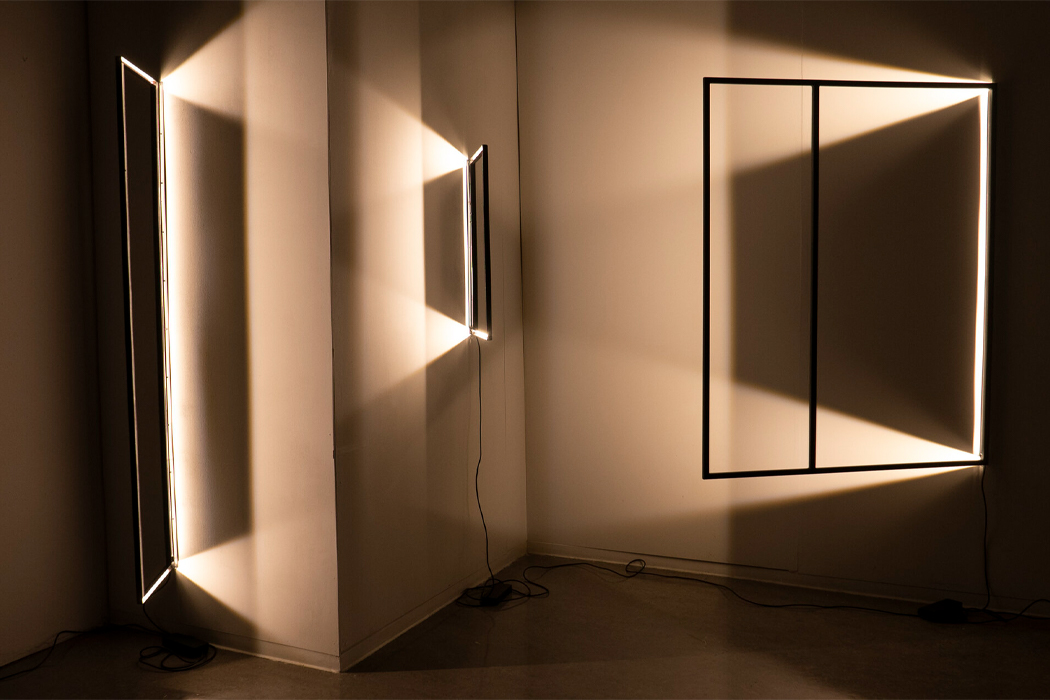 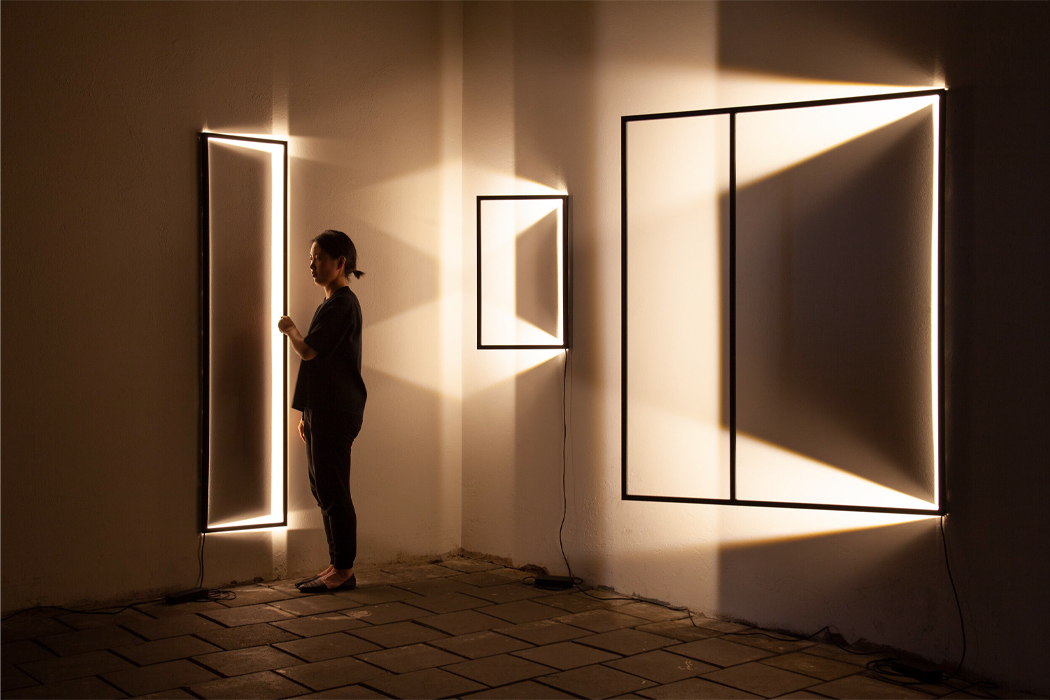 Depending on how far you open Māyā’s hinged lamp, dazzling shadows and angles light up the wall from where it hangs. 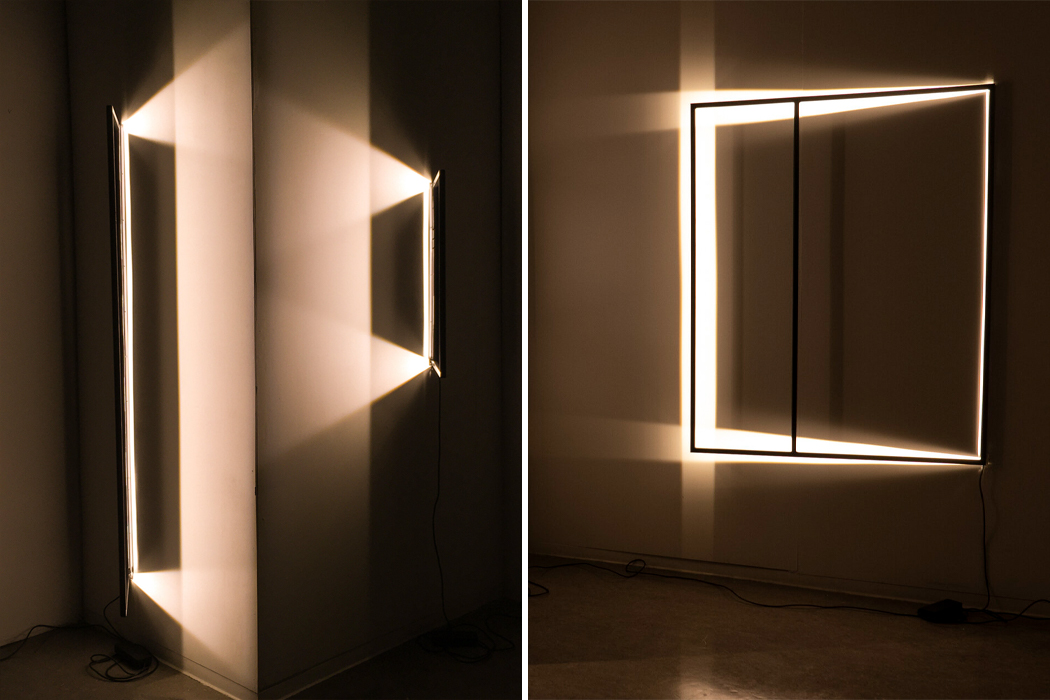 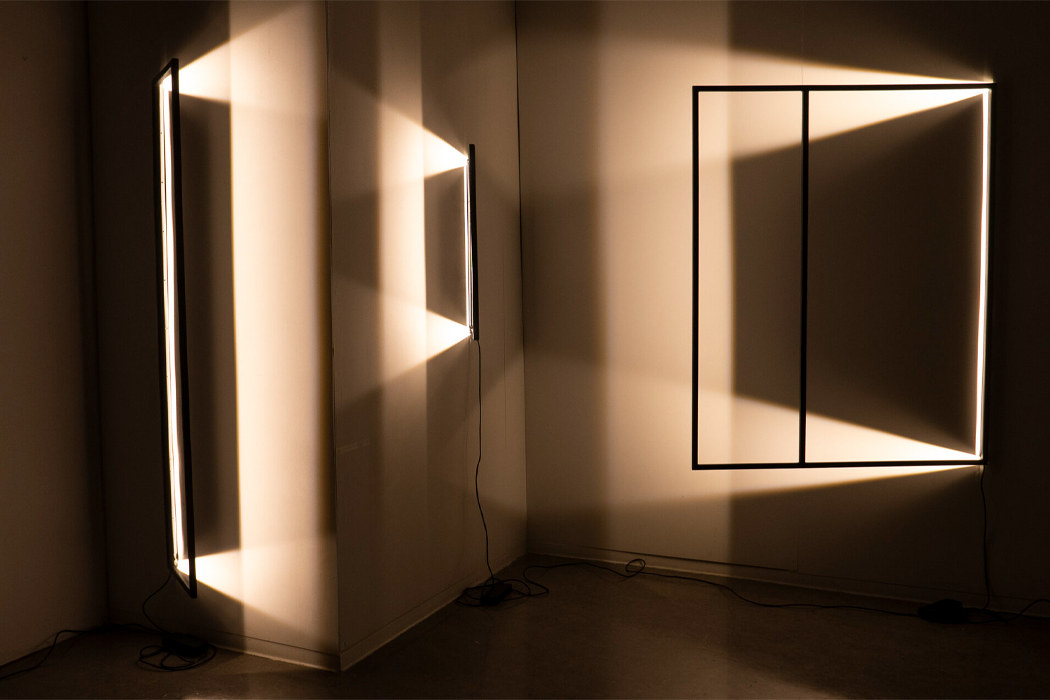 When closed, Māyā appears as an empty photo frame. 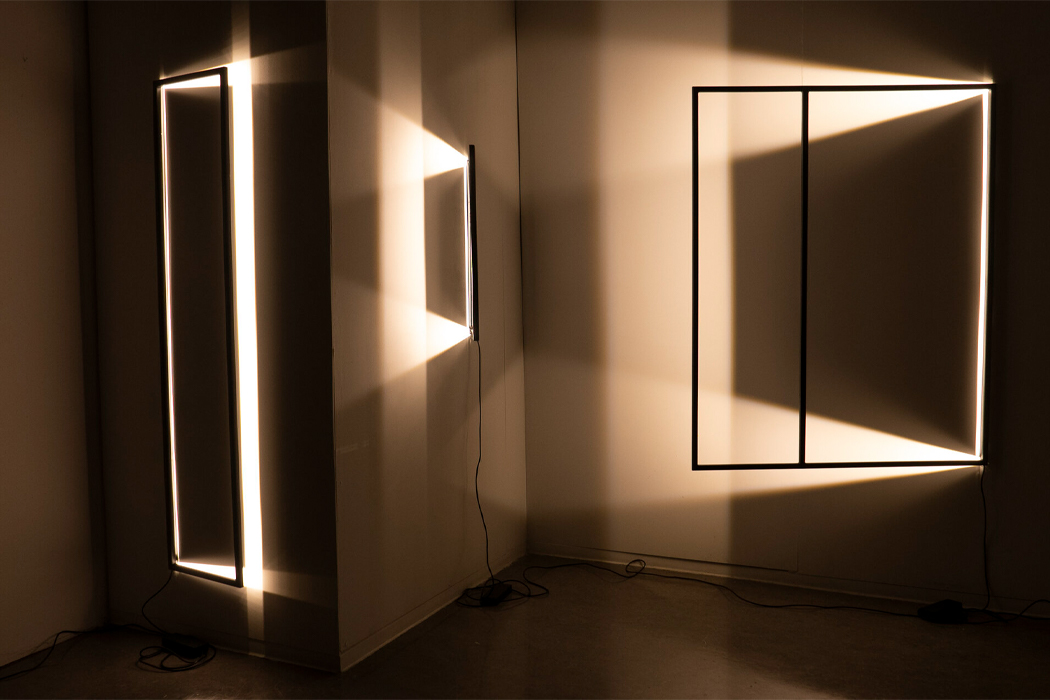 When left ajar, Māyā pours golden light across the wall and forms darker shapes and fractals from shadows. 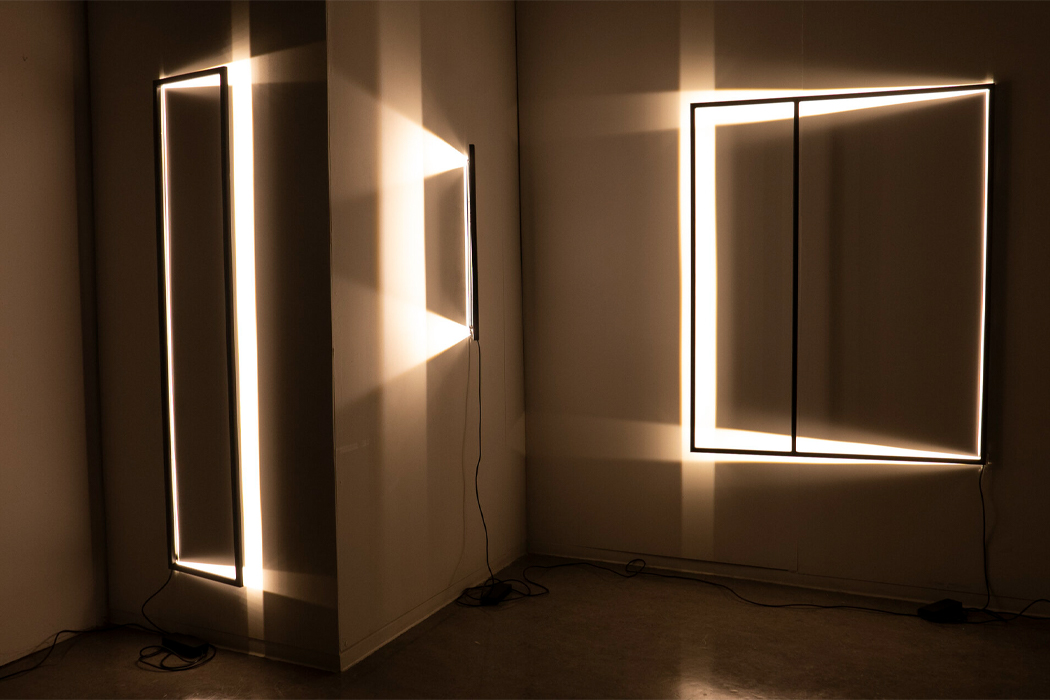 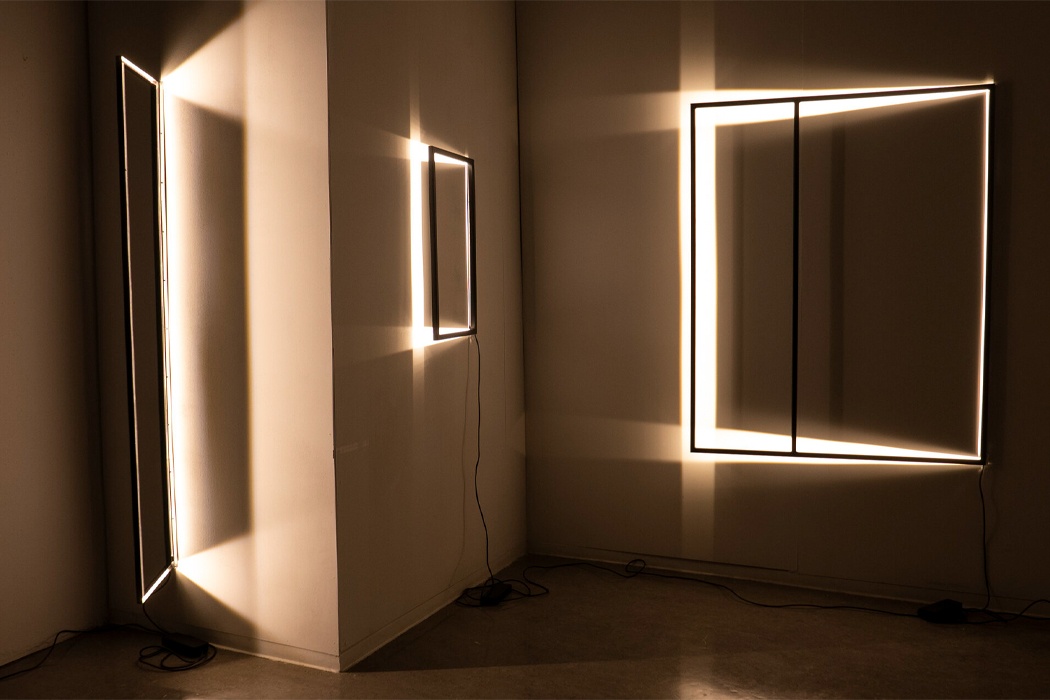 When opened only slightly, Māyā’s center shadow element is bordered with slim beams of golden light.