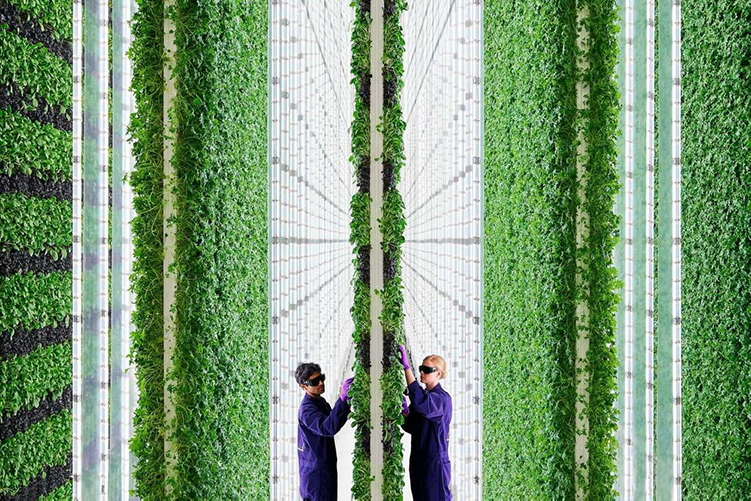 In just 30 years, almost of the world population will live in cities. How will we produce food to serve a growing population that is becoming more and more concentrated? Vertical farming seems to be a critical tool for feeding these dense areas—and for doing so without the massive carbon footprint that comes with shipping food from far away farms. San Francisco’s is a tech startup on the forefront of vertical farming technology. The company’s farm is yielding enough produce to fill 720 acres of typical farm land, but they are doing it with just two acres of vertical farming. Plenty says their farm produces around 400 times more food per acre than the traditional farm. Aside from the impressive food production, they are also managing production with robots and artificial intelligence.

So what can AI do for agriculture? Plenty uses the technology to monitor the water usage, light, and temperature of the environment growing the plants. As it continues working, the AI learns how to grow the crops faster and at a better quality by comparing the effects of these variables. While this is great for food quality, it also helps preserve resources. Plenty estimates that this combination of tech allowed them to use 99% less land and 95% less water. 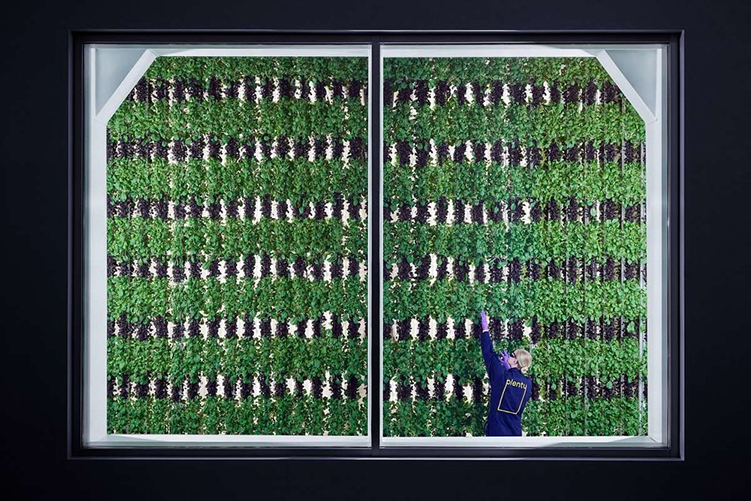 The technology also means that besides the clear increased food production, vegetation can be produced without the use of pesticides and without risk of extreme weather. Out-of-season plants can be grown close to home without adding the carbon footprint of transport. External factors that face traditional agriculture are either no longer relevant or no longer as detrimental to food production. This may be the best of both worlds: better quality food while using less resources.

Plenty will soon provide produce to 430 stores across California and is hoping to create more vertical farms both domestically and internationally. The company’s recent $400 million investment from big names like Jeff Bezos of Amazon, Eric Schmidt of Google, and SoftBank means that we can expect to see more Plenty vertical farms in the near future.

Plenty’s facility is growing enough produce to fill 720 acres of typical farm land, but they are doing it with just two acres of vertical farming.

Plenty is managing production with robots and artificial intelligence to grow better crops. 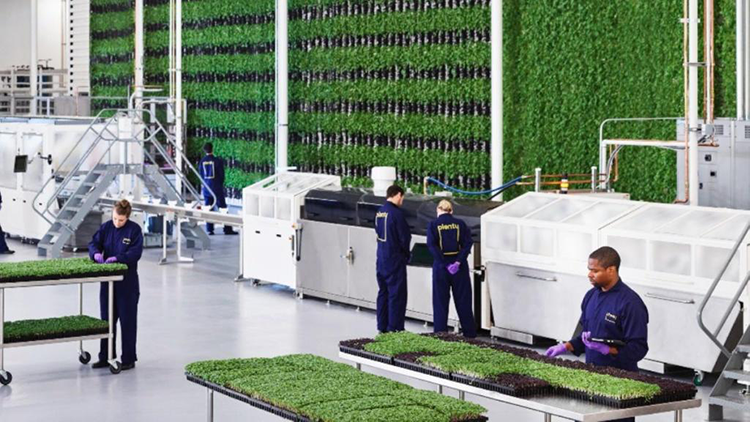 All images and video via Plenty.