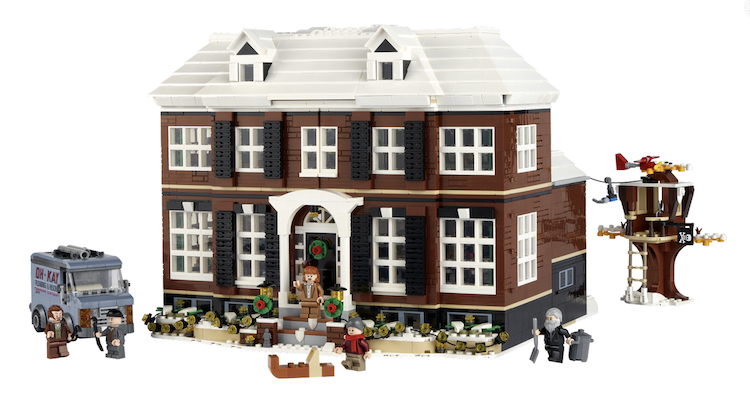 Do you watch Home Alone every holiday season? The classic Christmas film is well-loved by many, but LEGO Fan Designer Alex Storozhuk is perhaps its biggest fan. He designed an epic , allowing anyone to build their own miniature McCallister house and recreate iconic moments from the movie.

Made from 3,955 pieces, the LEGO Home Alone house is brimming with features that pay homage to the movie franchise. There are multiple rooms, an attic, basement, and a treehouse with a zipline for Kevin to make his escape. There’s even a modular replica of Harry and Marv’s getaway van.

The set also comes with five minifigures, including the film’s protagonist, Kevin McCallister, who can be customized to wear his iconic jaw-dropped face. There’s also a minifig of the family’s neighbor, “Old Man” Marley, and Kevin’s mom Kate. Of course, the set wouldn’t be complete without crooks Harry and Marv, who each have their own LEGO crowbars. You can recreate the iconic scene of Kevin washing up in the bathroom, and you can even fool the Wet Bandits by setting up booby traps around the house. You’ll find swinging paint cans, a basement furnace that lights up, and a lever to push Kevin down the stairs on his sled.

The set is made even more exciting by the fact that it’s designed to be an advent calendar, too. The 3,955 pieces are split up into 24 build bags, so you can build a bit of the puzzle every day in the same order as the movie’s plotline.

Check out the Home Alone LEGO set below and buy your own on the LEGO for  $249.99. “Merry Christmas, ya filthy animal.” 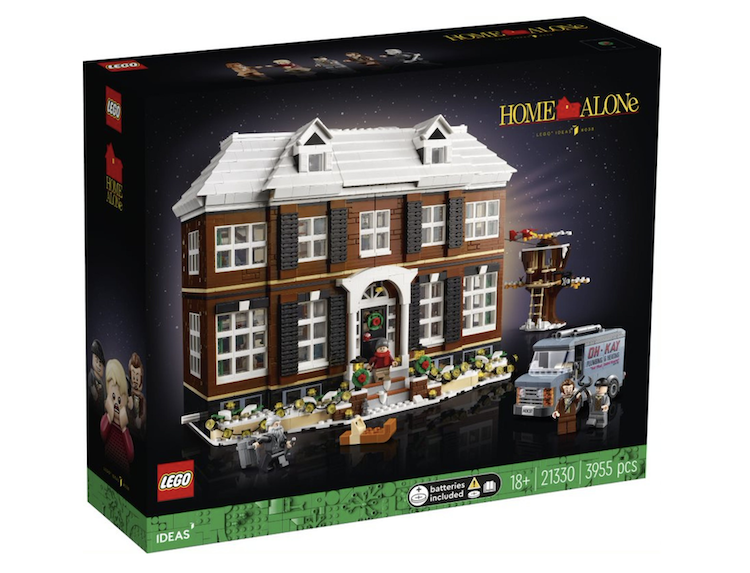 You can build your own miniature McCallister house and recreate iconic moments from the movie. 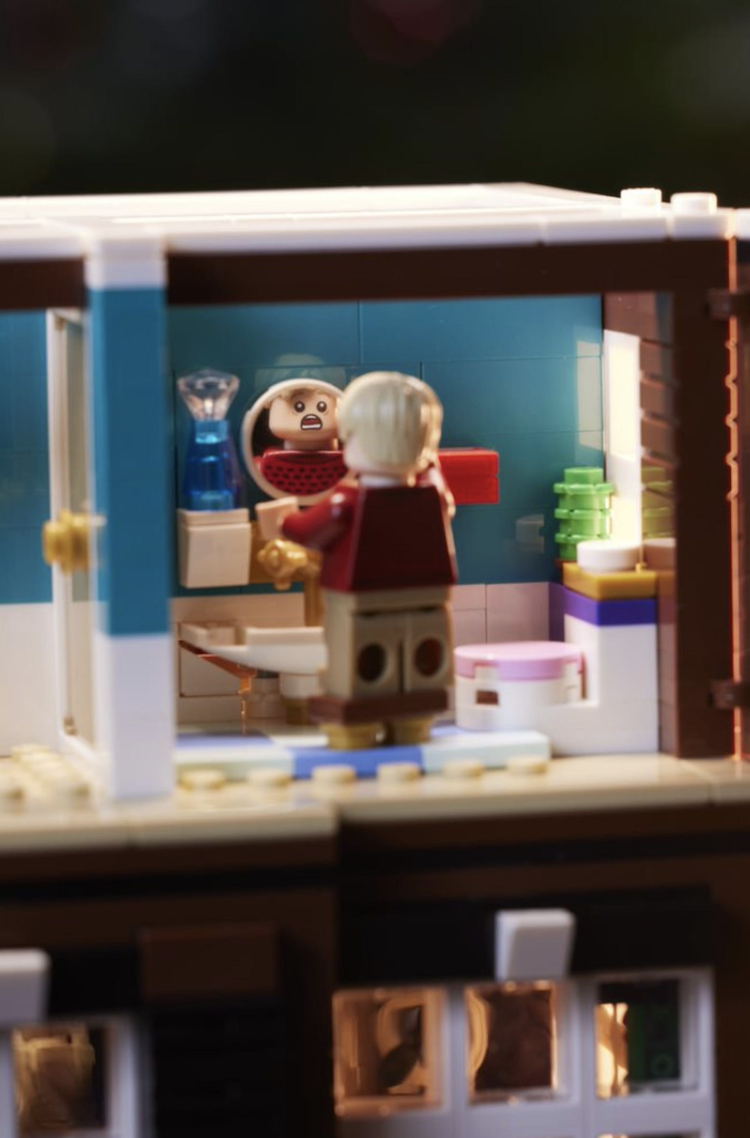 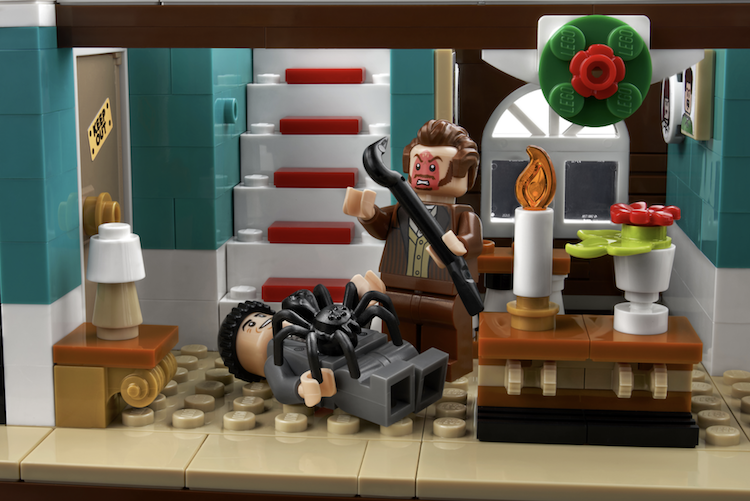 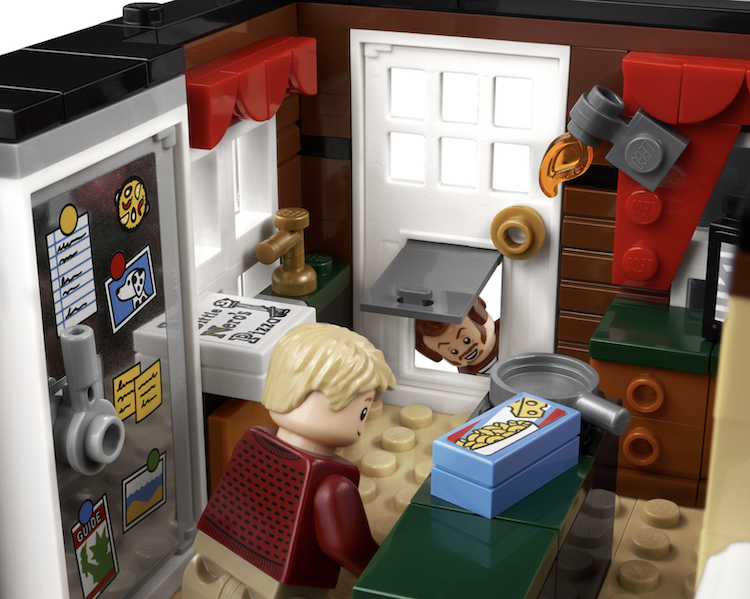 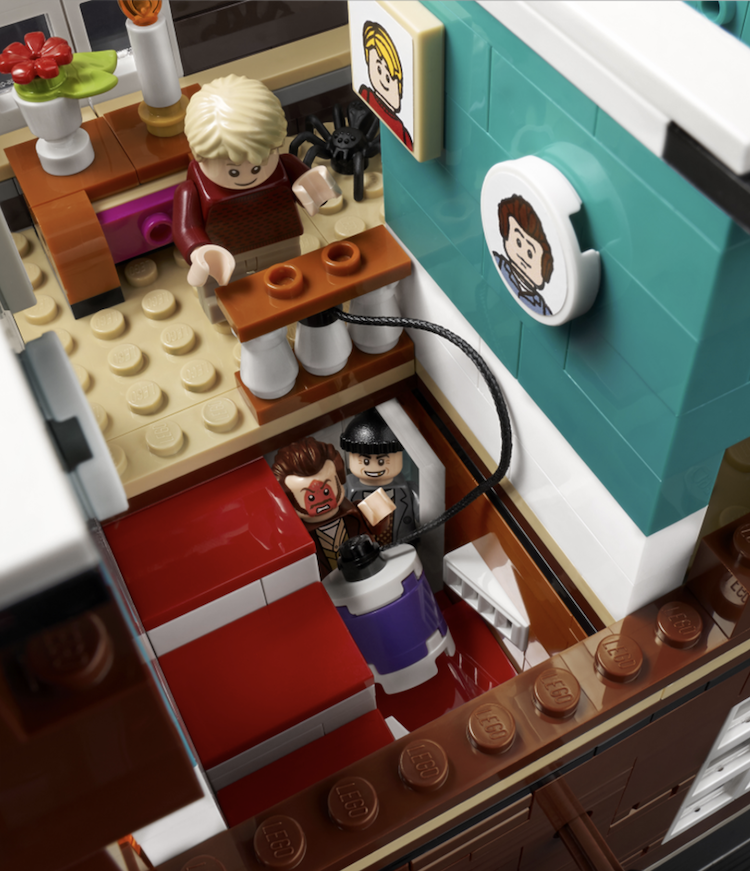 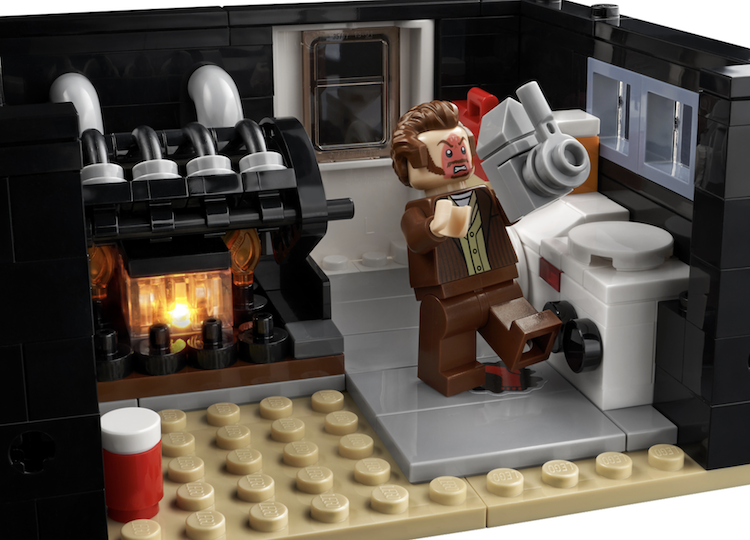 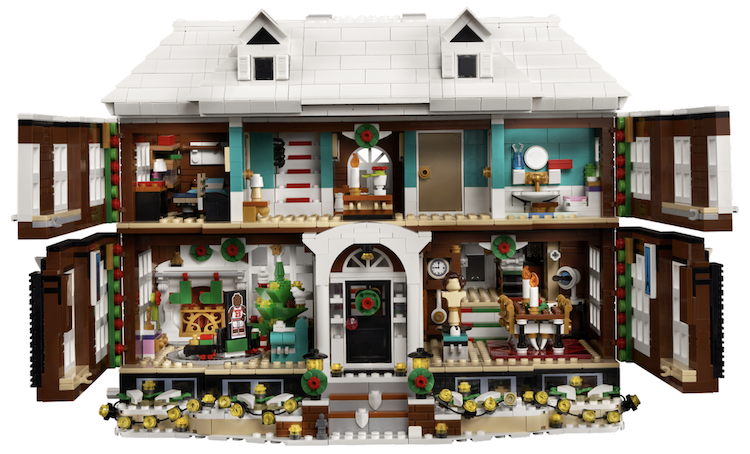 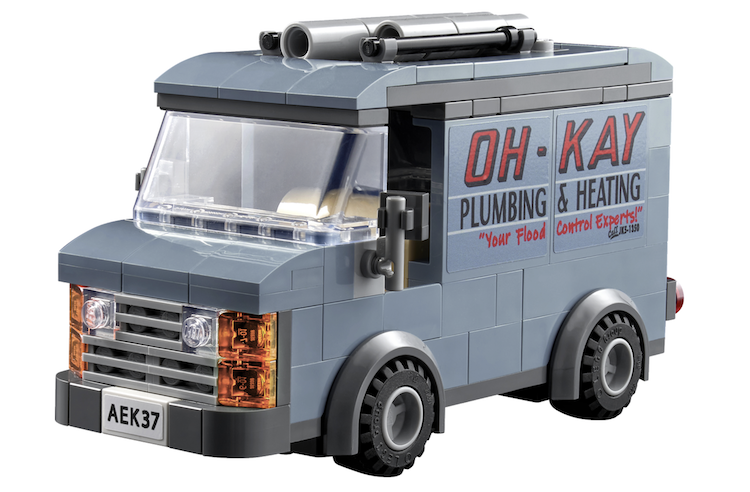 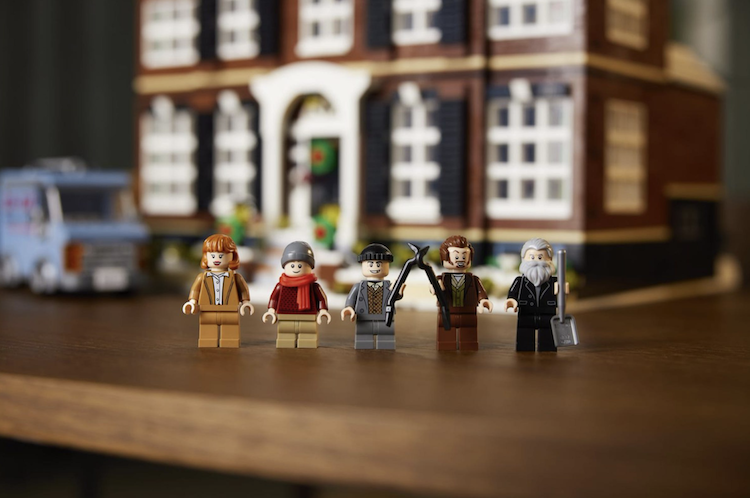 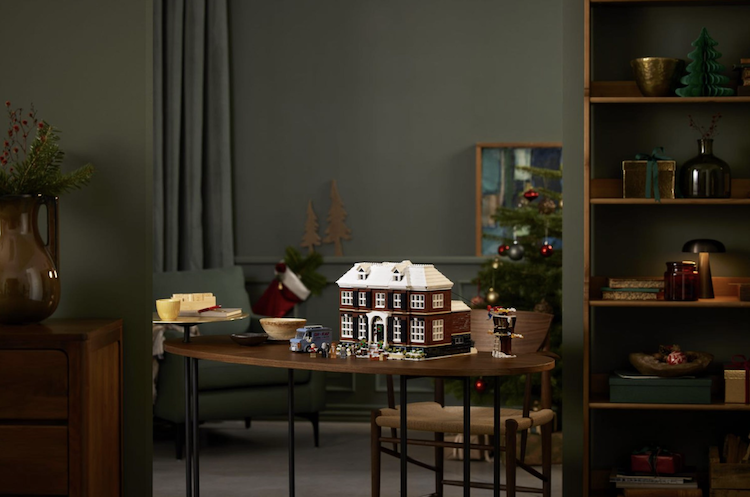 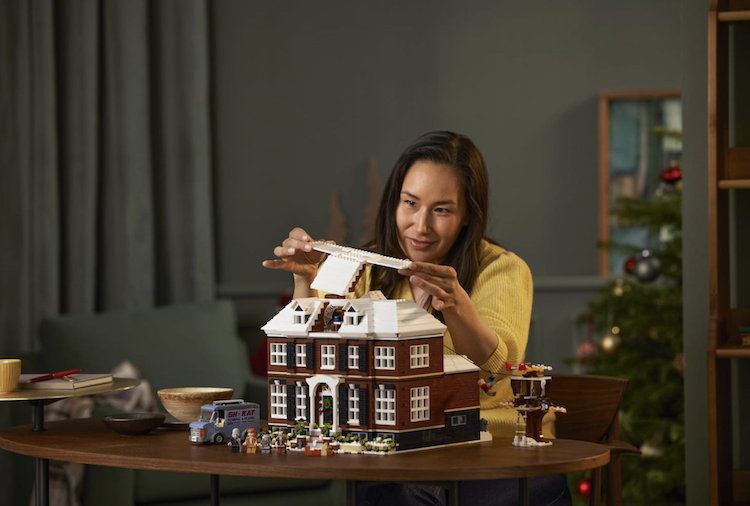 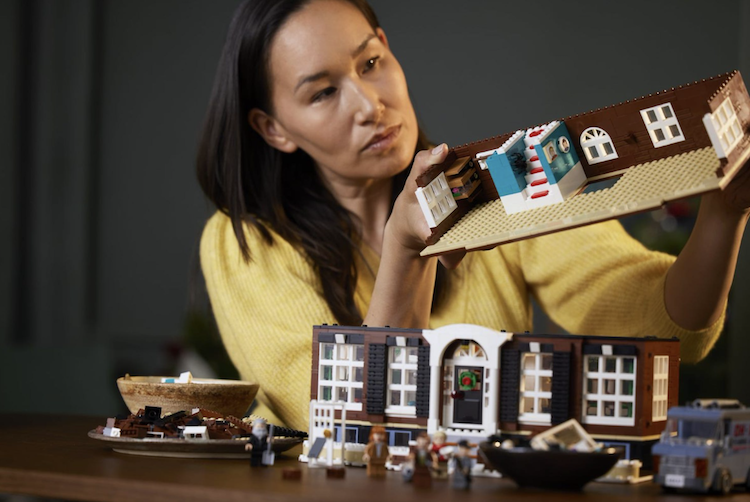 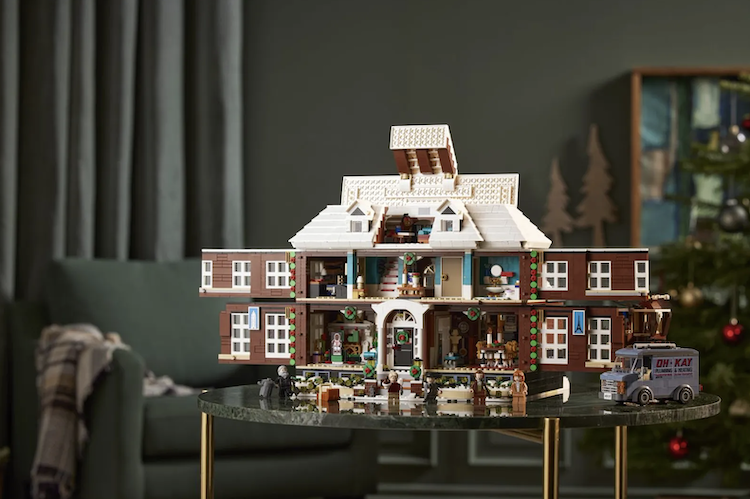