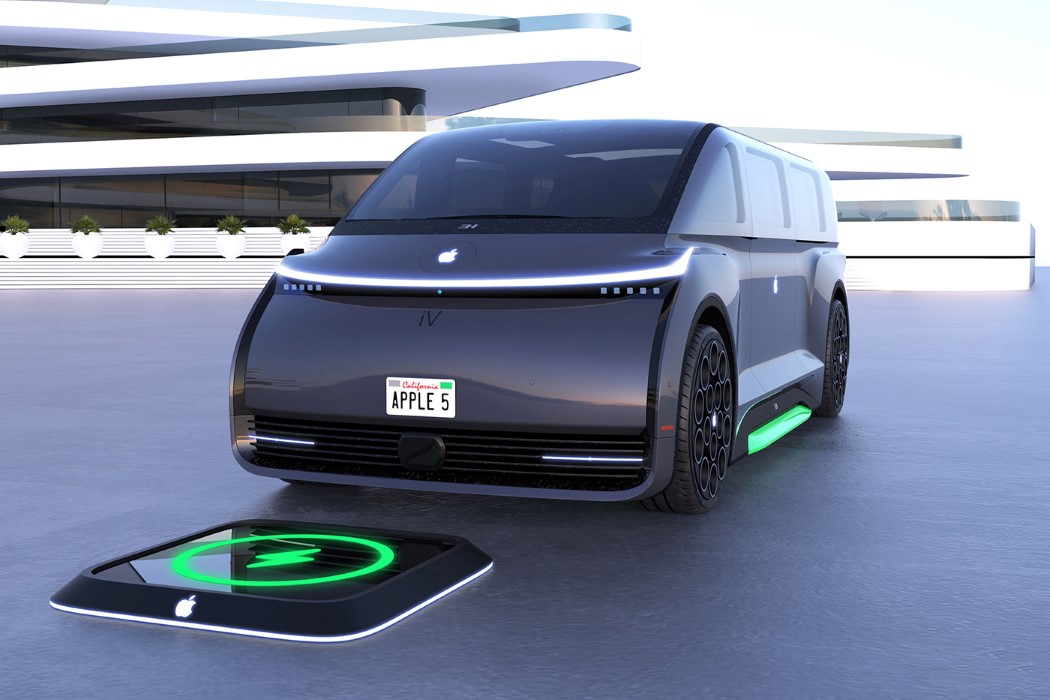 You know Apple is dead serious about something when not a single structural detail ever leaks out to the press. It’s easy for iPhone designs or MacBook designs to leak out to the press nearly a year before the product is actually announced. With Apple’s supply chain, it’s difficult to really keep things under wraps, but when Apple’s working on something that’s still in its conceptual stages, there’s absolutely no chance anyone will ever get to see what it looks like. It’s why we only have a bare-basics idea that Apple’s working on a , an AR headset, and even a car without any working knowledge. Sure, we know that they’re working on these products (because the company probably wants to gauge public opinion), but nobody knows anything about what the Apple car will look like – whether it’ll be a coupe, a sedan, a minivan, a pickup truck, or a pod… zilch.

That informational-void is the perfect playground for designers like , a transportation designer who arguably created a than the company itself. According to Husmen, if Apple were to create a car, a minivan would be its best format. As demonstrated with his concept, the Apple iV (iVehicle, or iVan) minivan would come with a clean, no-nonsense design language best associated with the brand, along with the glowing Apple logo once seen on the company’s MacBooks. Available in the three colors often associated with the brand’s image (white, space gray, jet black), the iV looks large enough to seat well over 4 people, but the presence of only two doors would indicate a seating pattern that’s different from that commonly found in minivans. Look carefully and there’s a green dot beneath the Apple logo on the front as well as the back, possibly indicating the presence of self-driving sensors. The car even comes with a pretty large boot, edge-lit headlights and taillights, and a rather interesting looking wireless-charging feature on the underside of the car, pairing with wireless charging pads built right into the ground.

Well, that’s a fairly detailed description of the car, but what would they collectively indicate? It seems like Husmen’s vision of an Apple Car is more of a shuttle service than your average fashionable sedan or roadster. While Apple’s all about flair and fashion, the iV has much more of a laser-like focus on public transport and on passenger safety, given the car’s large boxy appearance. The car probably self-drives, and can automatically drop and pick people up, sort of like a never-ending carpool service… except for when it has to refuel. Refueling, at least according to Husmen, is wireless and contact-free. The car simply parks itself over a charging hub and electricity flows through the ground and the car’s wireless coil located on its base. Another rather whimsical detail lies in the car’s wheels, which come with a pattern of circles that look an awful lot like those found on the iPhone camera bump or on the ‘cheese-grater’ Mac Pro from 2019! Now while this is more of a visualization exercise and less of a prank, it’s difficult to say if Husmen included that detail as a tongue-in-cheek way of reminding us of Apple’s polarizing design detail. Personally, I just hope nobody on Apple’s design team ever really considers using that cheese-grater texture anywhere (although Apple DID patent a recently). That aside, if someone at Apple wants to look at this concept for inspiration, I’m all for it! An Apple minivan actually wouldn’t be a bad idea. I can even imagine the insides being outfitted with screens that play AppleTV content! 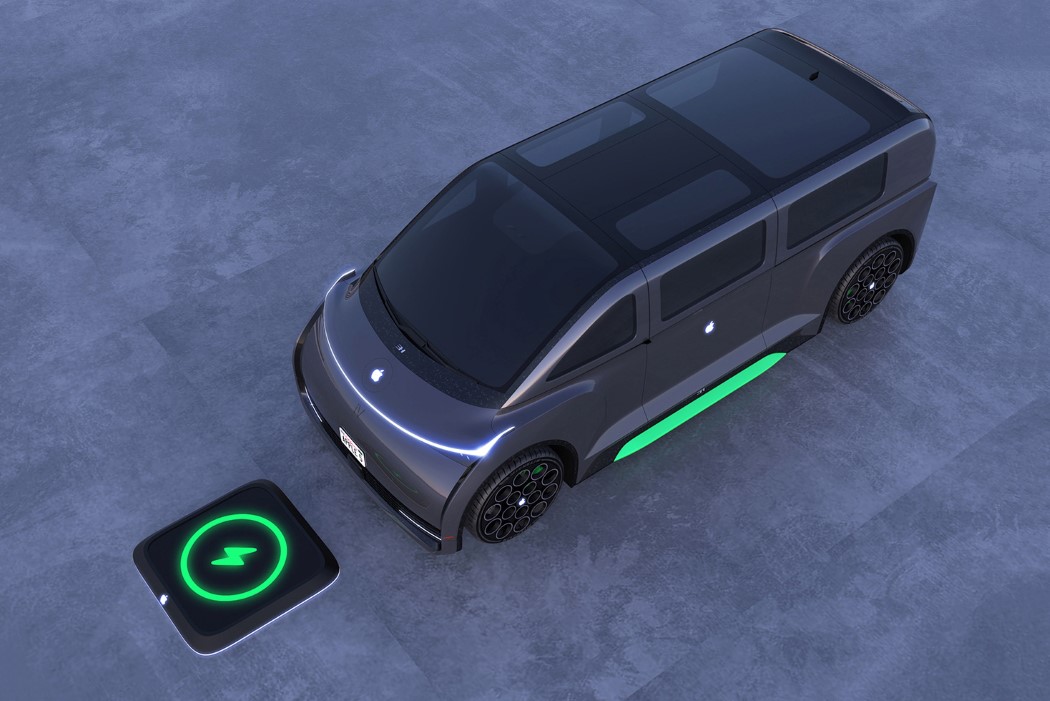 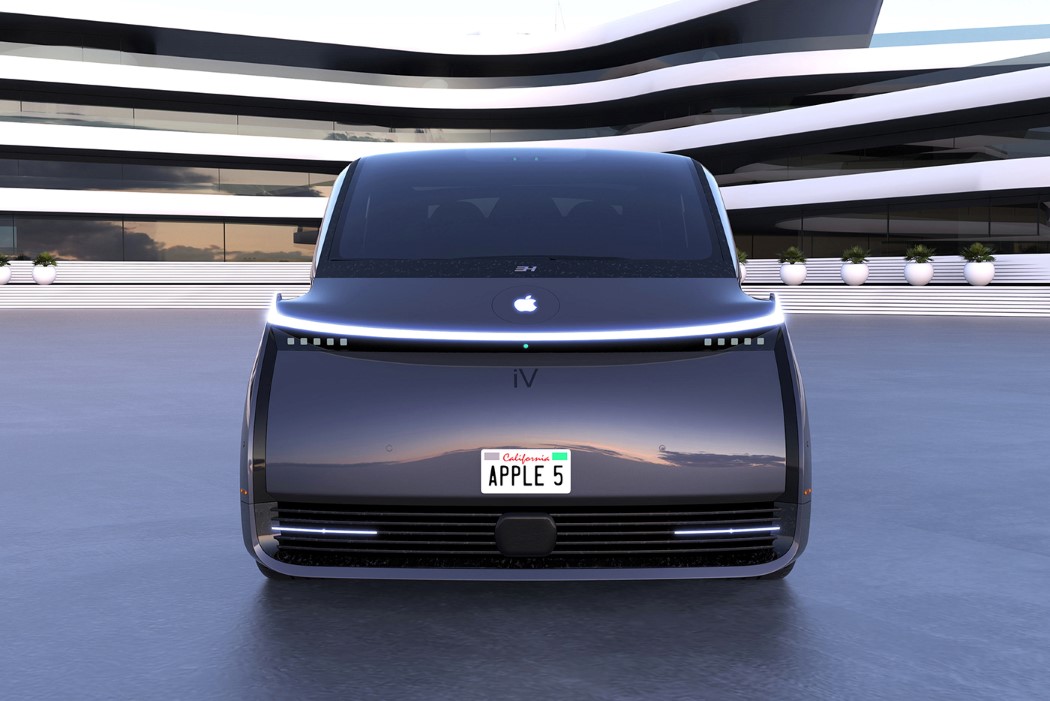 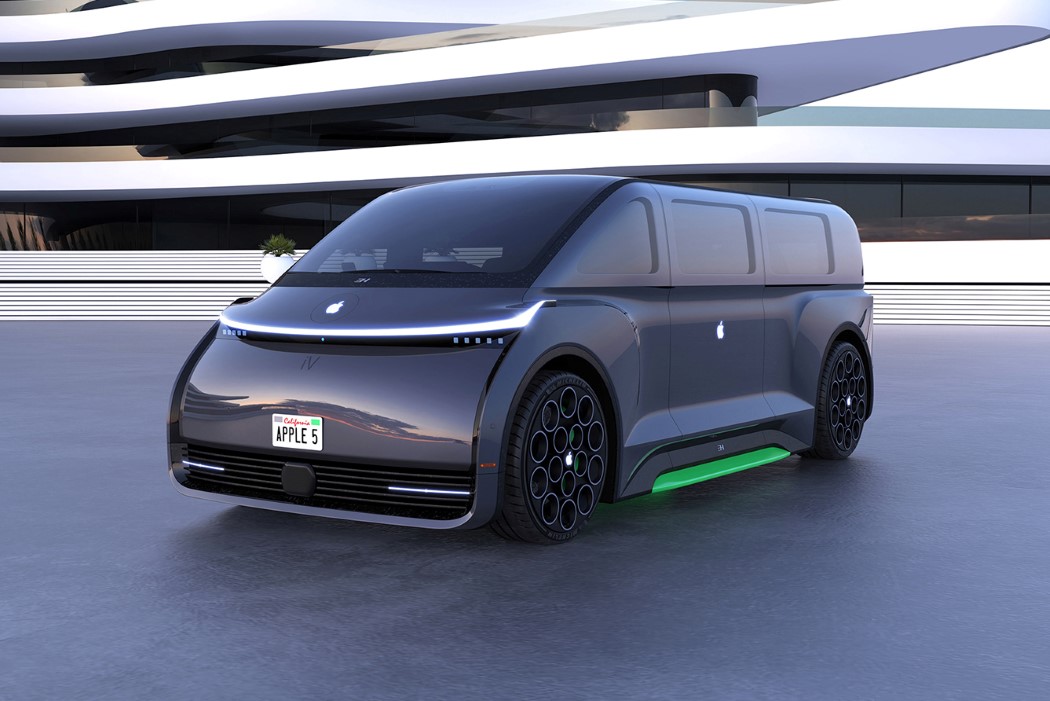 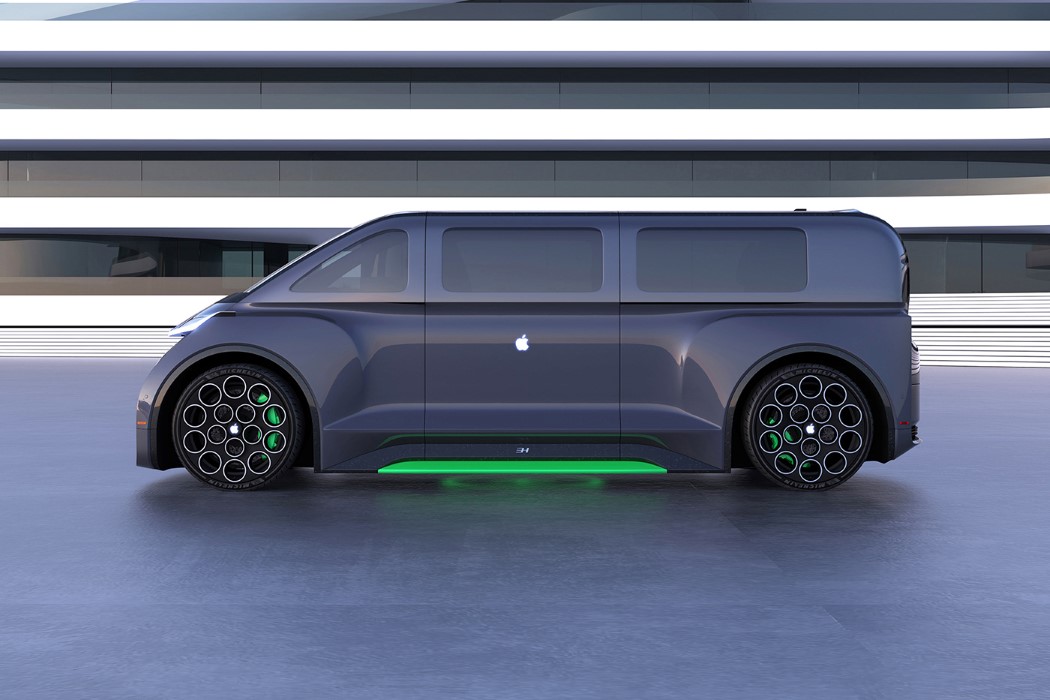 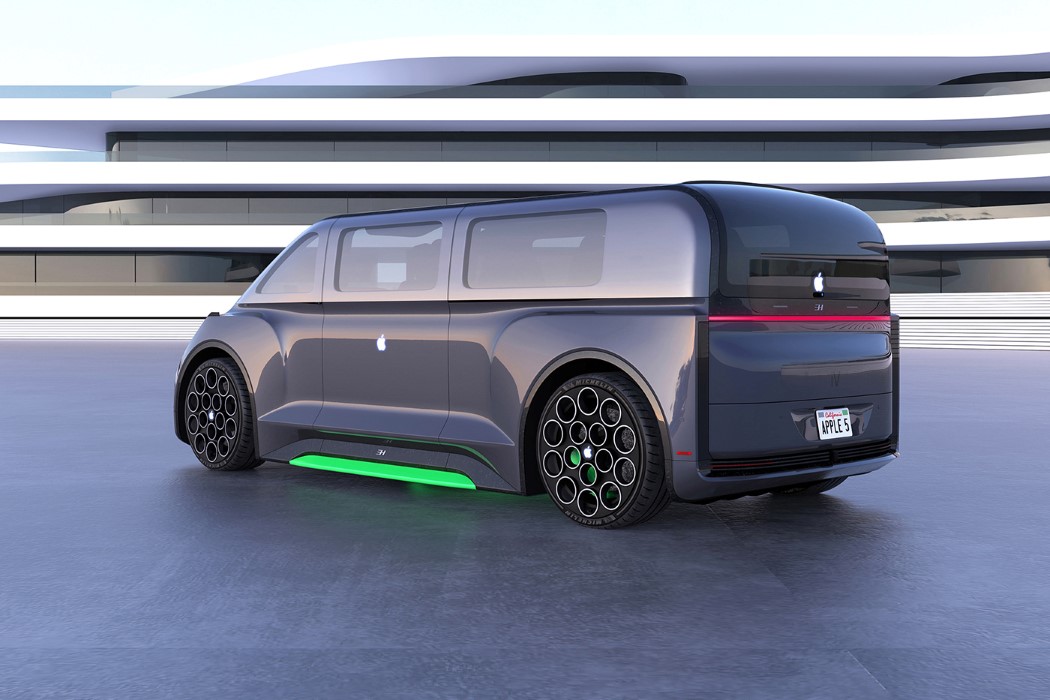 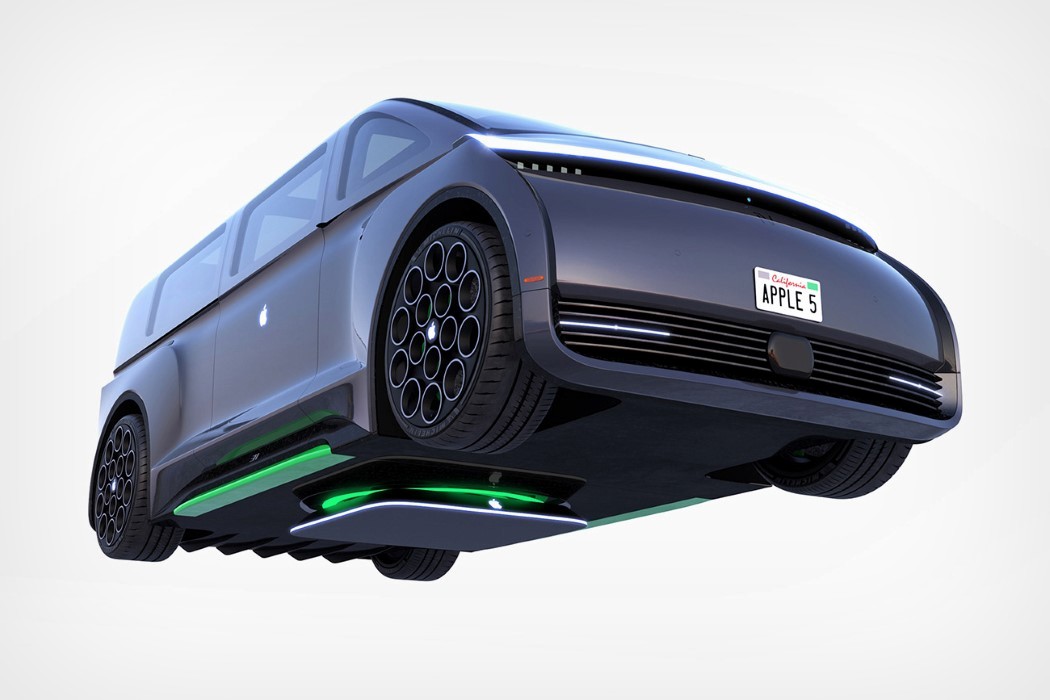 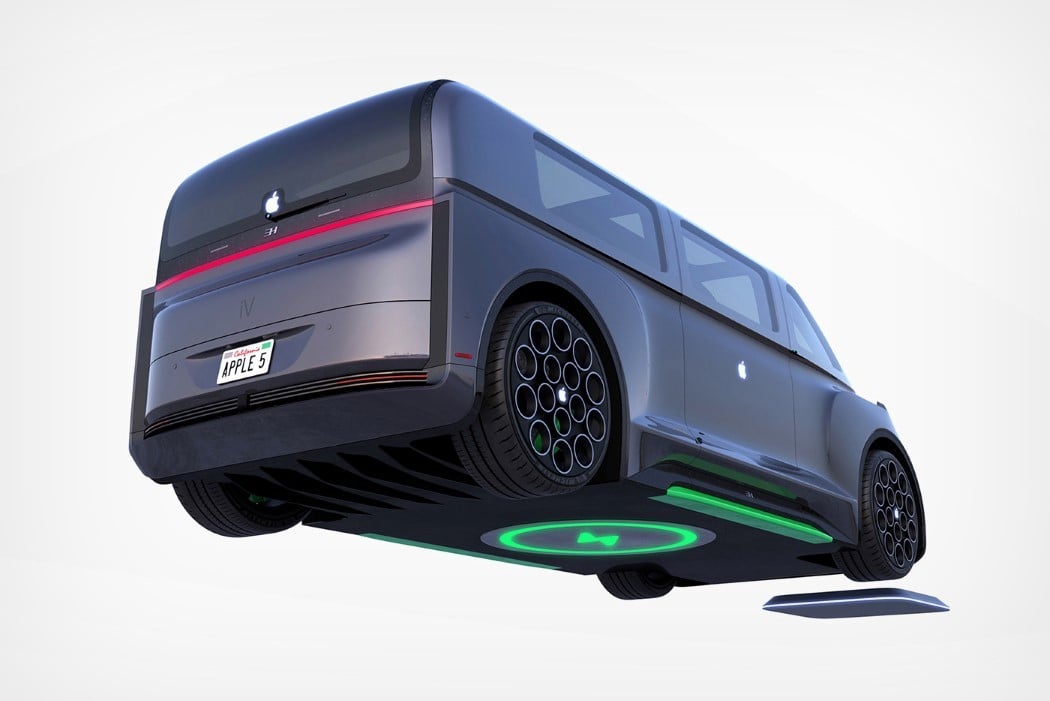 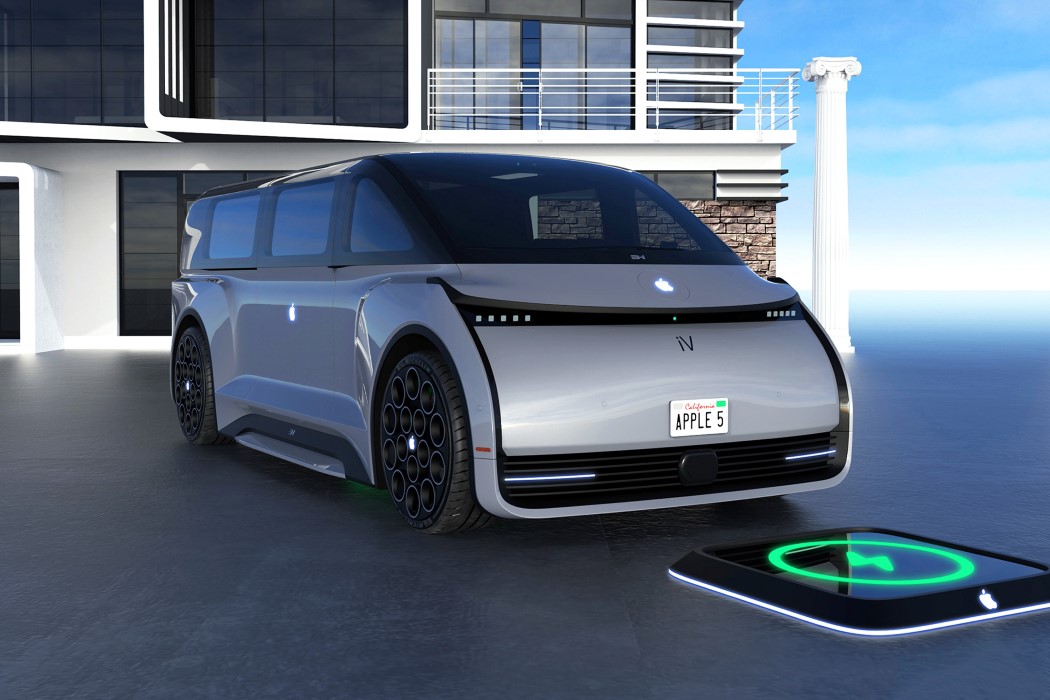 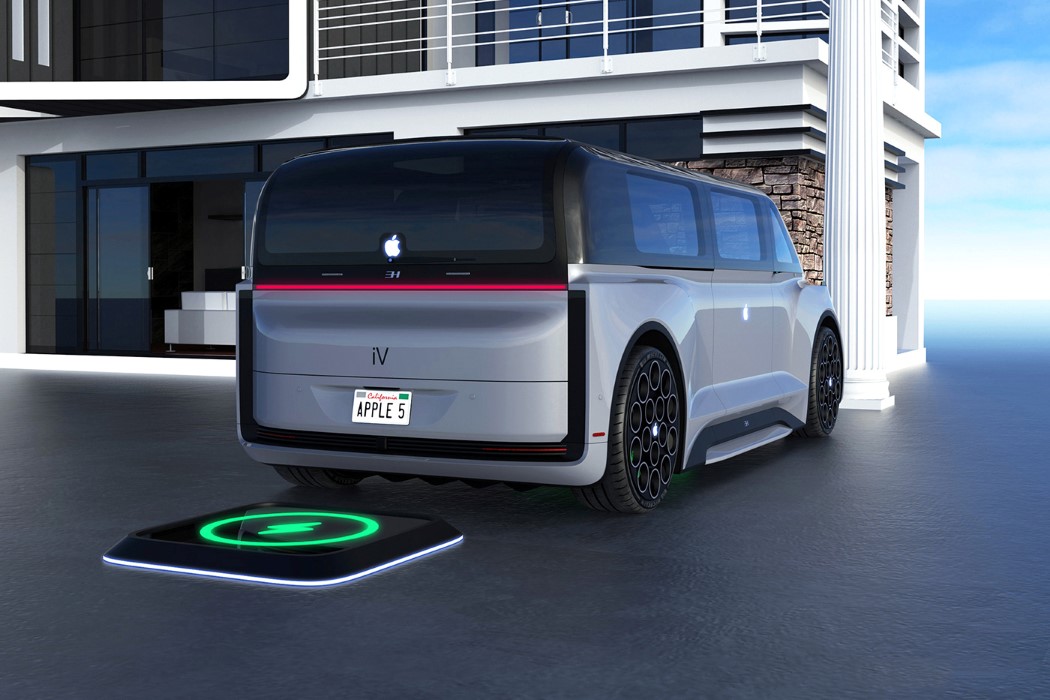 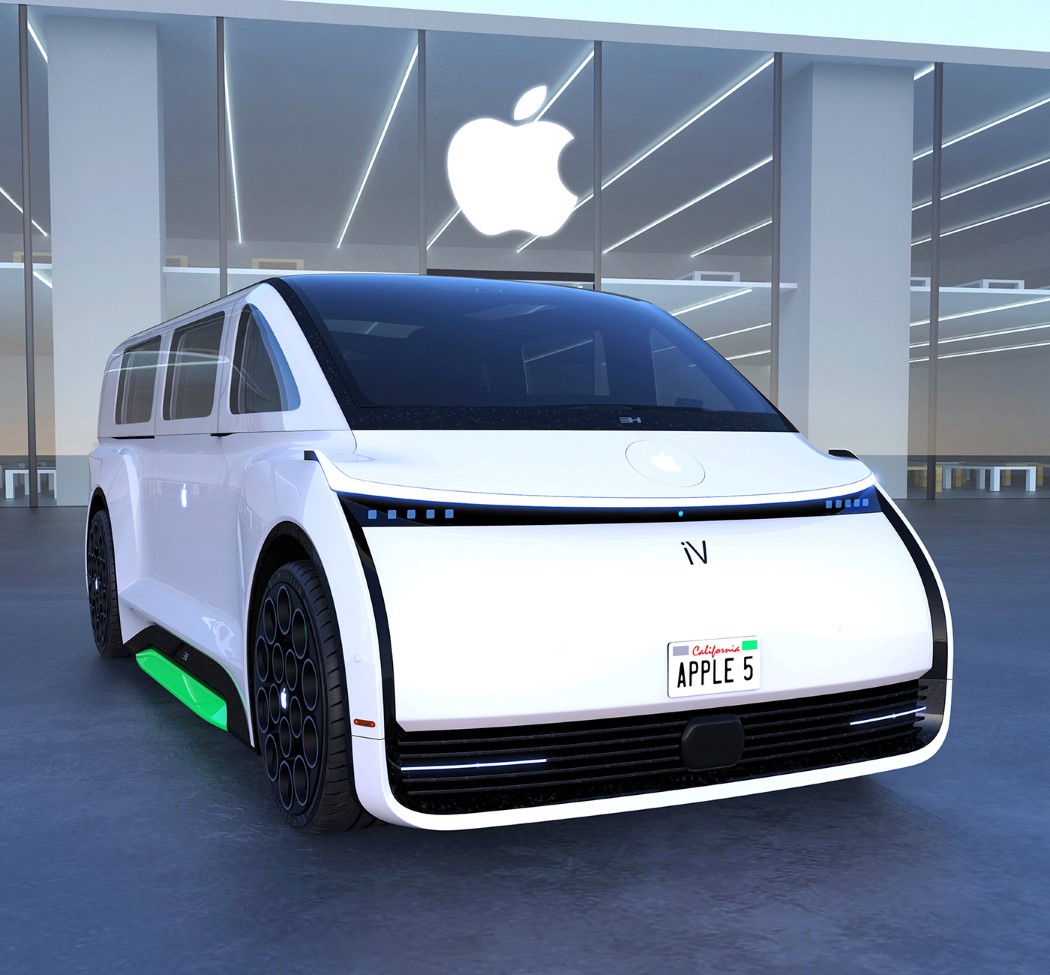 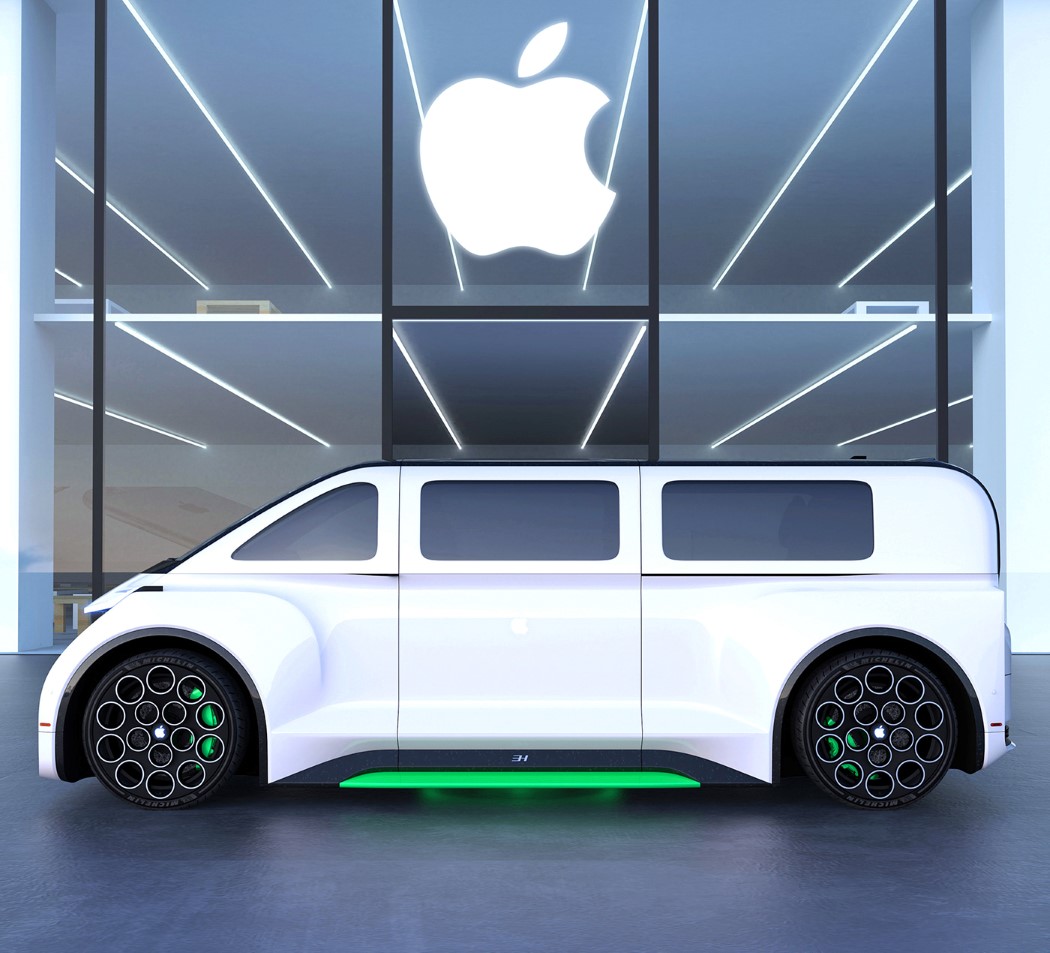 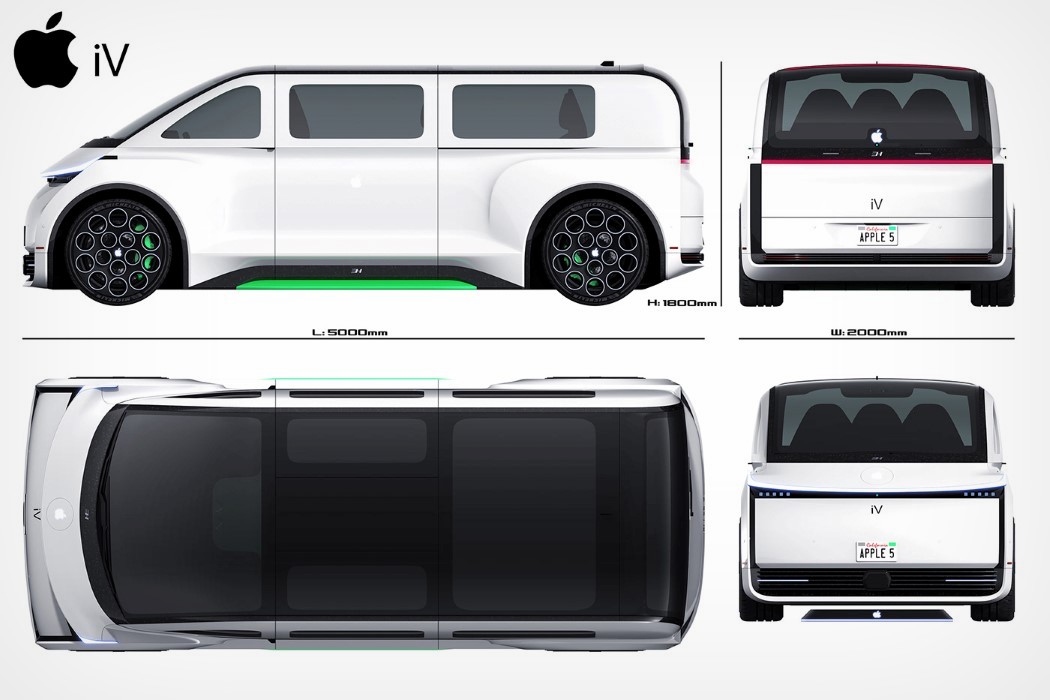