This architectural structure is a UV-resistant protective shell that operates like a bionic flower! 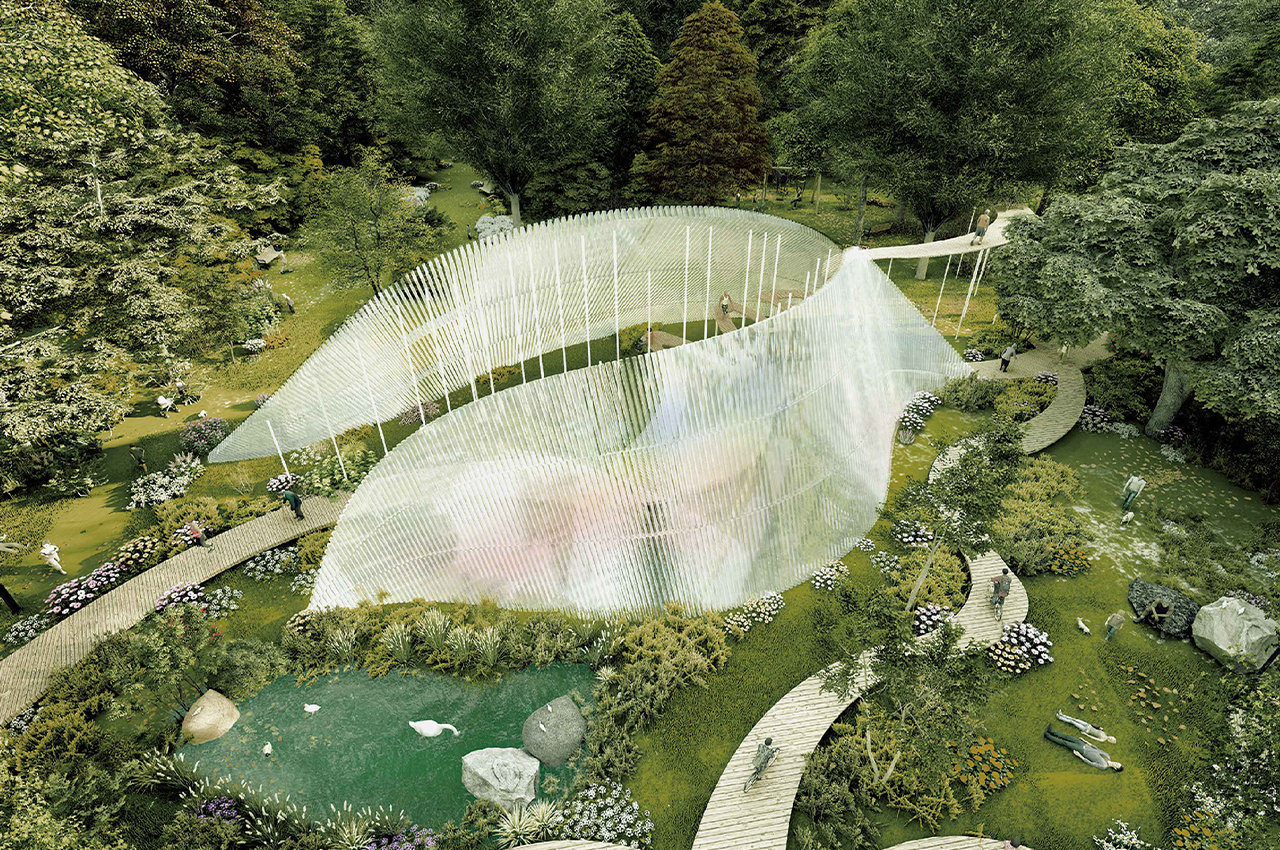 This award-winning structure is a concept design that creates a UV-resistant space by closing like a shield. It absorbs ultraviolet rays and unfurls like a bionic flower based on the intensity of the UV index in the area! This protective aims to solve the harm caused by excessive ultraviolet radiation in public spaces so that you can still go out while better solutions are being developed. 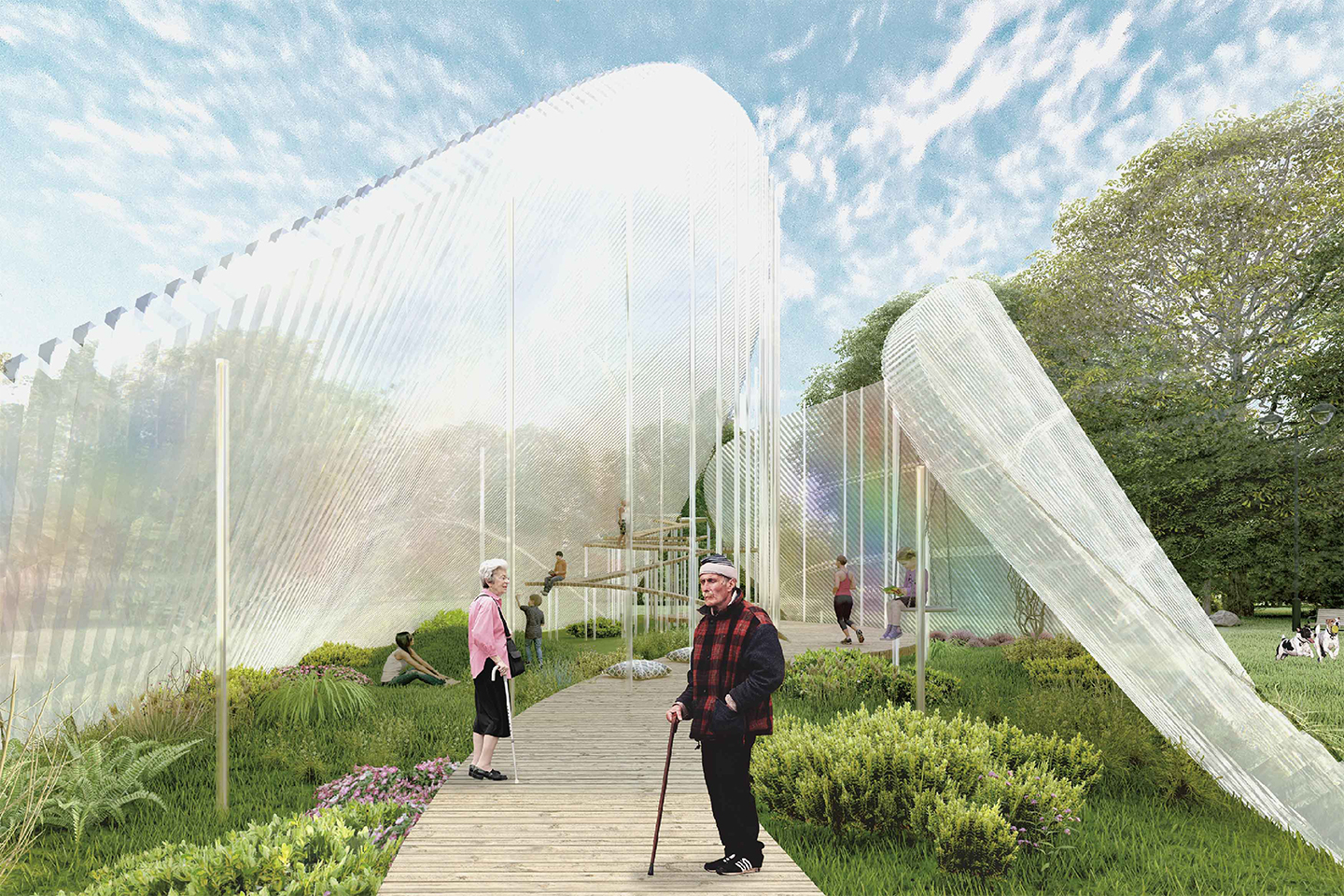 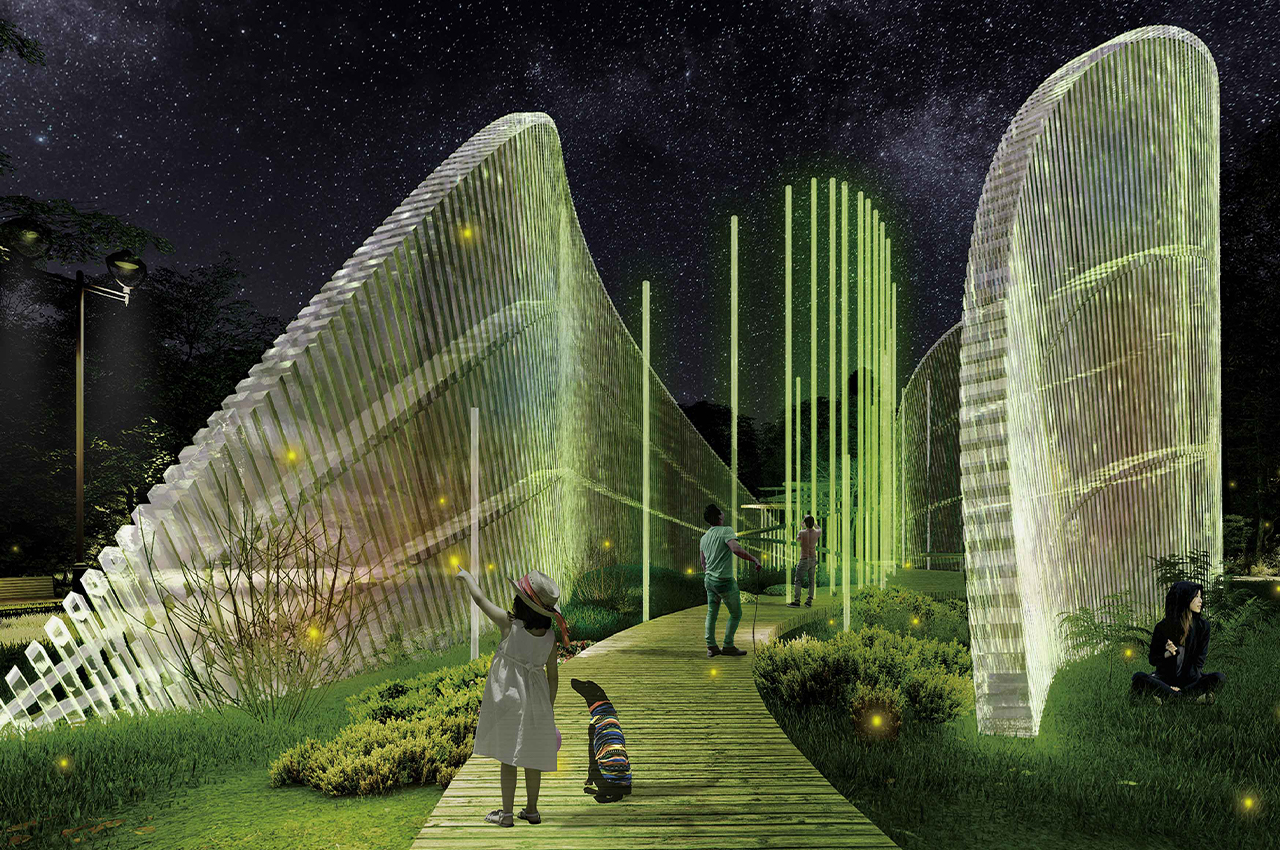 Due to the increase in ultraviolet radiation caused by the breaking of the greenhouse effect ozone layer in recent years, especially in countries and regions located between 30 degrees north and south latitudes of the equator, this design has been conceptualized for Schuster Park in Queensland, Australia. UV-resistant shielding space uses solar energy, green fluorescent protein, and an ultraviolet module device to create the bionic shell. 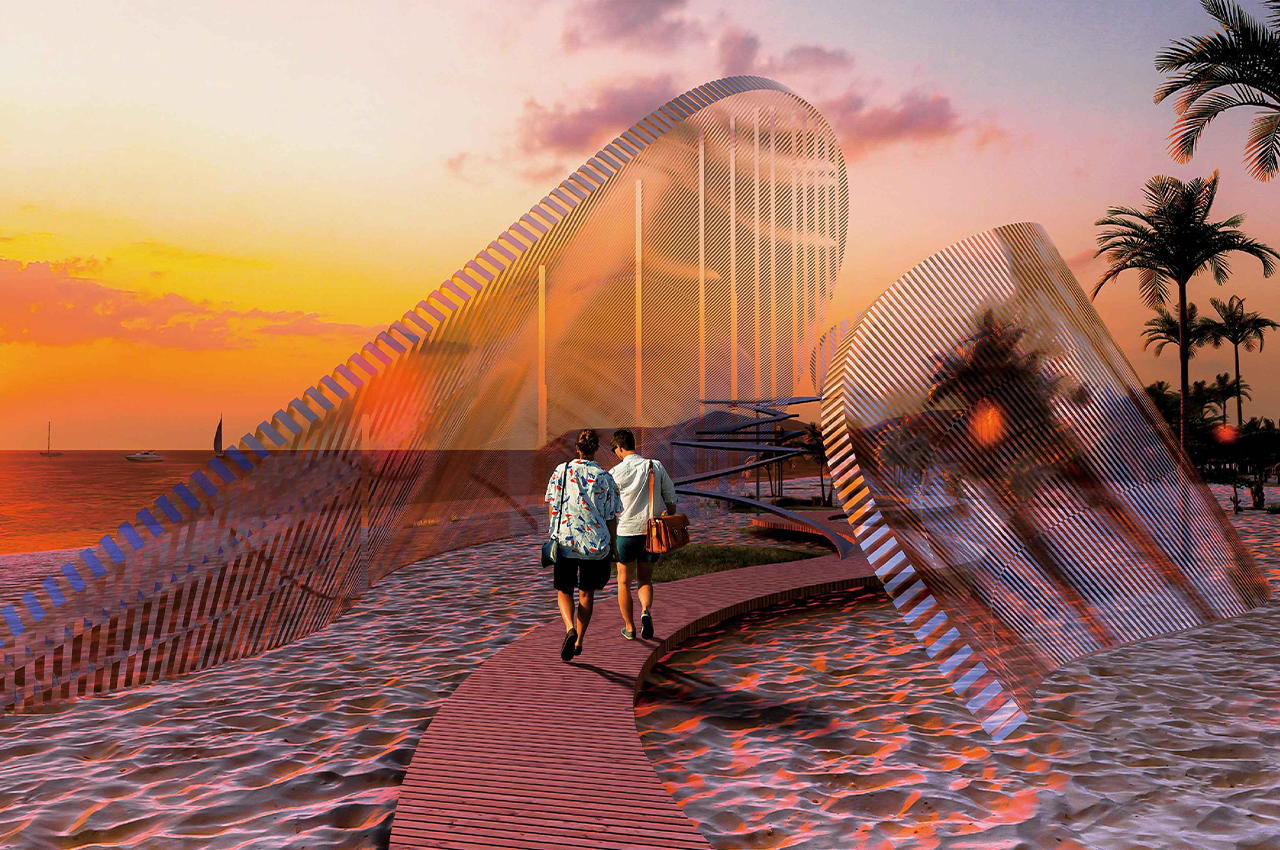 Based on the increase and decrease of the UV index intensity, the structure will fold and unfold like a bionic flower – when the ultraviolet light is strong it will become a pavilion to cover, and at night when the ultraviolet rays are weak it becomes the installation art that will glow naturally. The whimsical building envelopes and fiber optic tubes are filled with green fluorescent proteins; the size of the module opening and closing will be adjusted according to the absorption rate of ultraviolet light and can emit light at night. It almost reminds me of the bioluminescent waves! 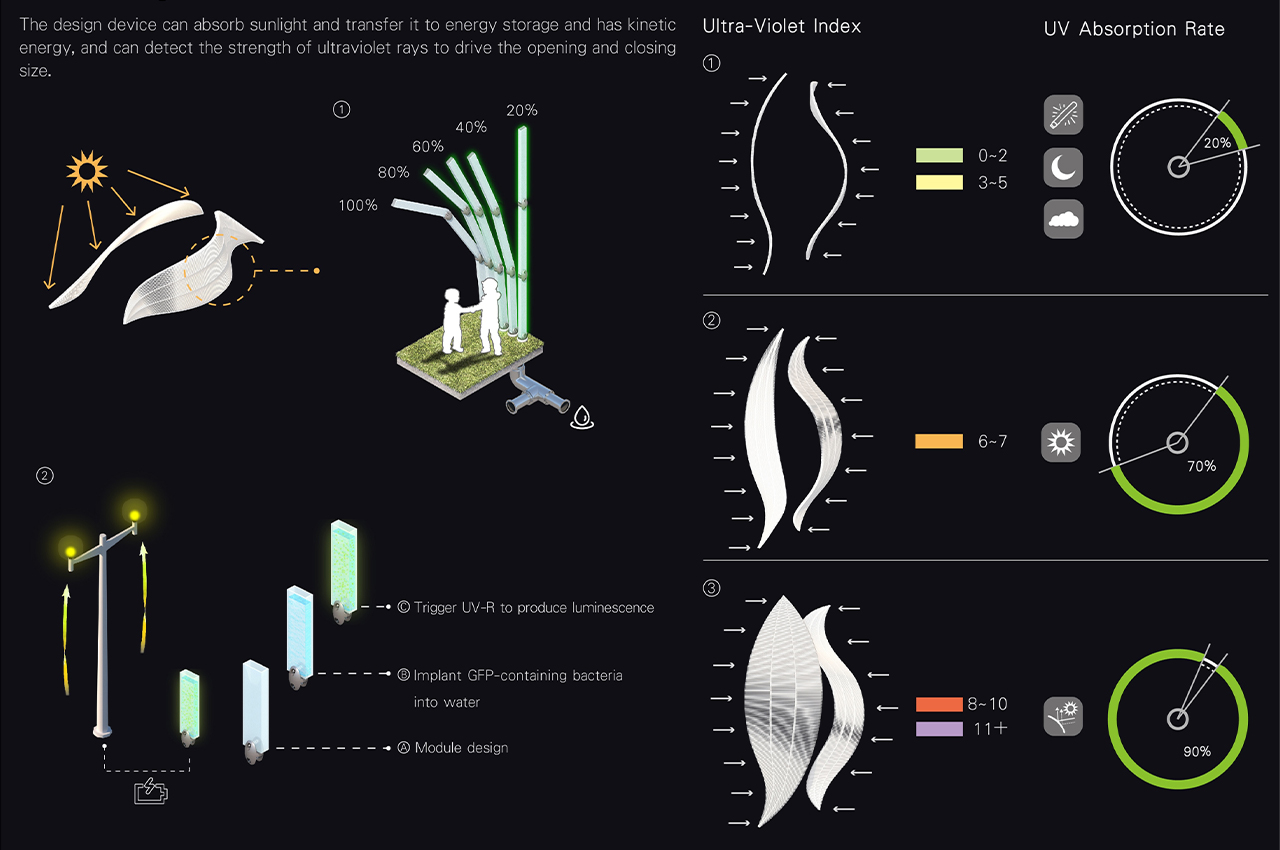