This futuristic observation deck hovers 10,666 feet above the Italian Alps! 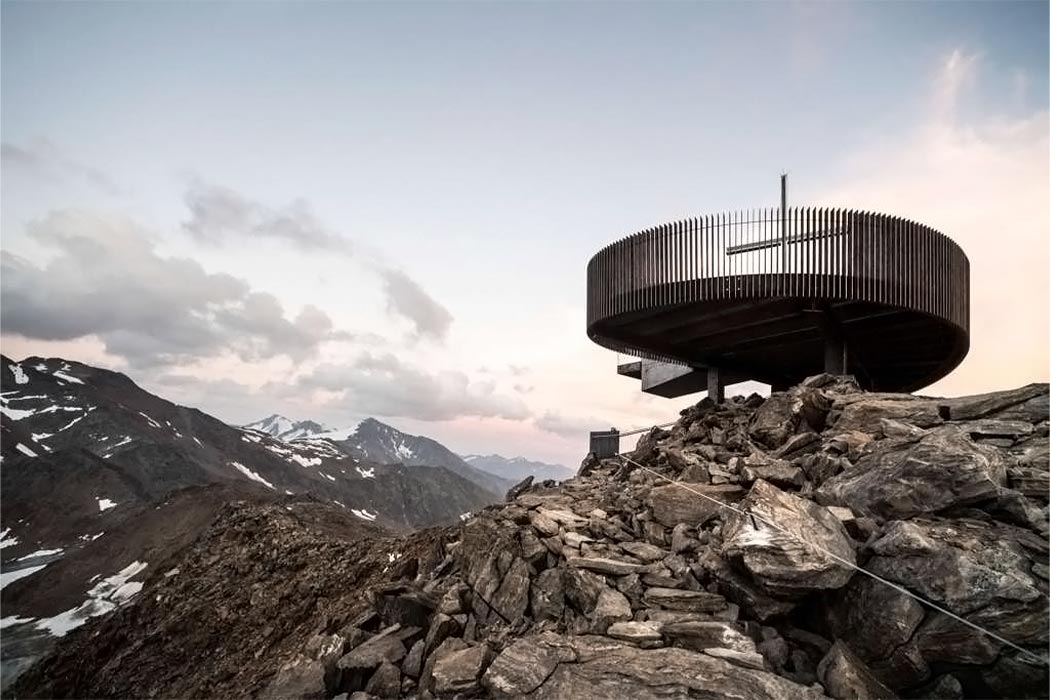 This incredible observation deck has an interesting story behind it. In September of 1991 on the border between Austria and Italy, German tourists found the natural mummy of a man who lived between 3400 and 3100 BCE and he was given the name Otzi that roughly translated to Iceman. Noa Architecture pays tribute to this historic discovery with the breathtaking Otzi Peak Lookout perched 10,666 feet above the Italian Alps.

This ‘floating’ observation deck is mounted to the Schnals Valley Glacier and is made from Corten steel. The structure has a semi-circular platform which is surrounded by several optical illusion-inducing vertical metal plates that provide opening and closing views of the vast landscape. There is a suspended walkway partially enclosed in glass and it extends from the main deck for those who want to see the spot where the world’s oldest glacier mummy, beloved Otzi, was discovered. Visitors can also see the watershed that forms the border between Italy and Austria as well as the centuries-old path of Transhumance which UNESCO recently listed as a World Heritage site for its history as a seasonal migratory route for livestock.

While the Otzi Peak Lookout has a futuristic, almost UFO-like aesthetic it is ironic that its purpose is linked to an ancient mummy! I think they should keep a dollar jar for every time a visitor thinks they have spotted the Yeti and if it’s true, this minimalist observation deck shall become even more monumental! 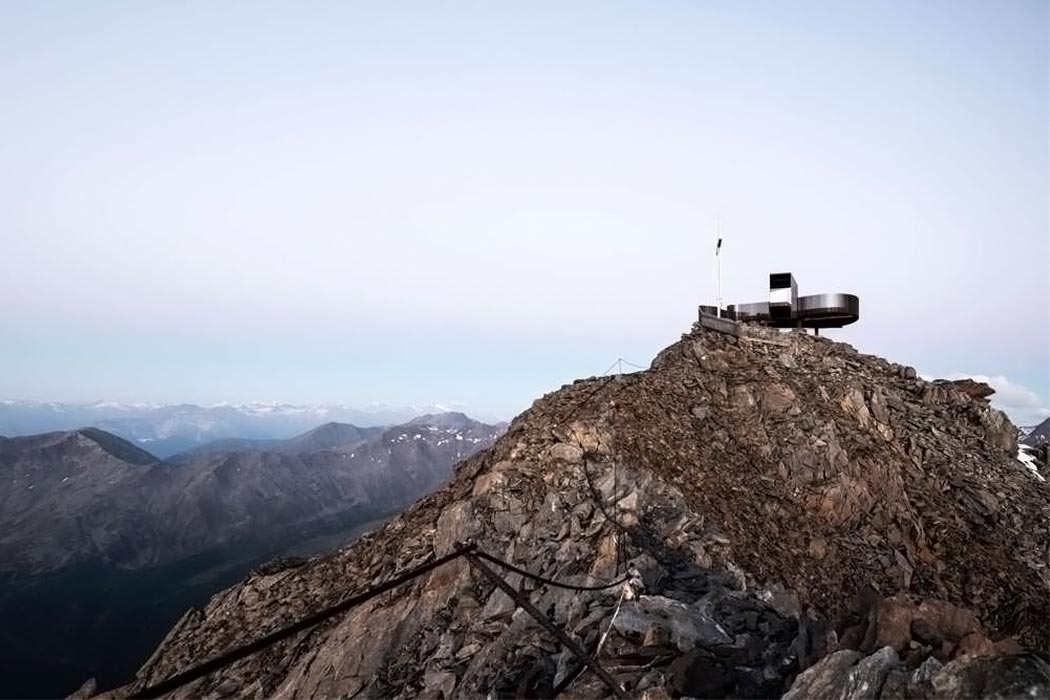 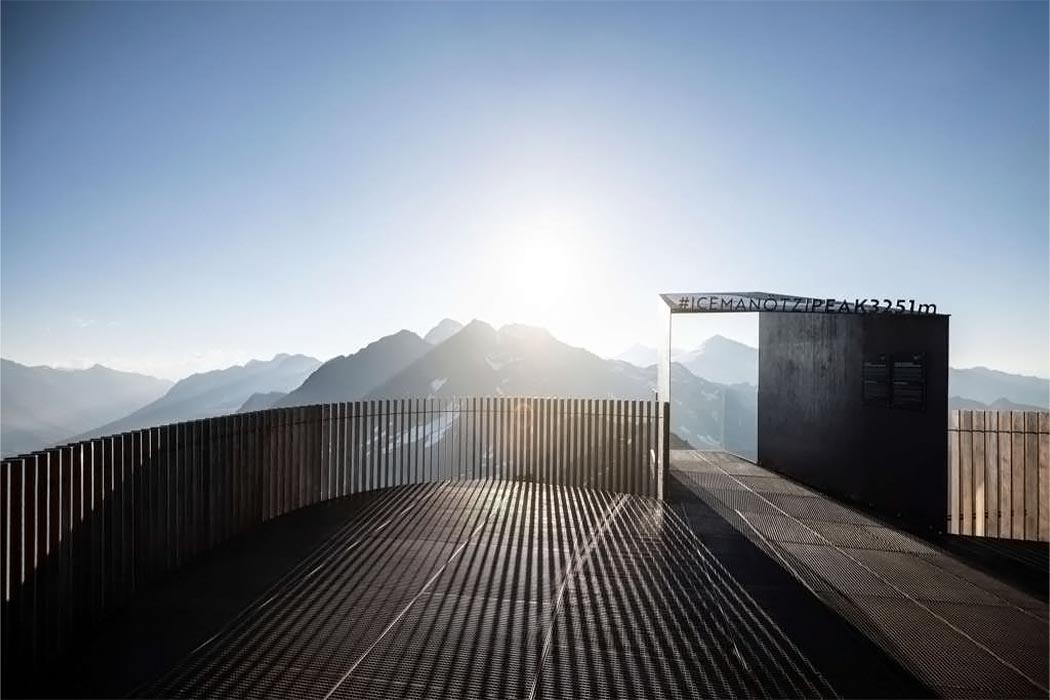 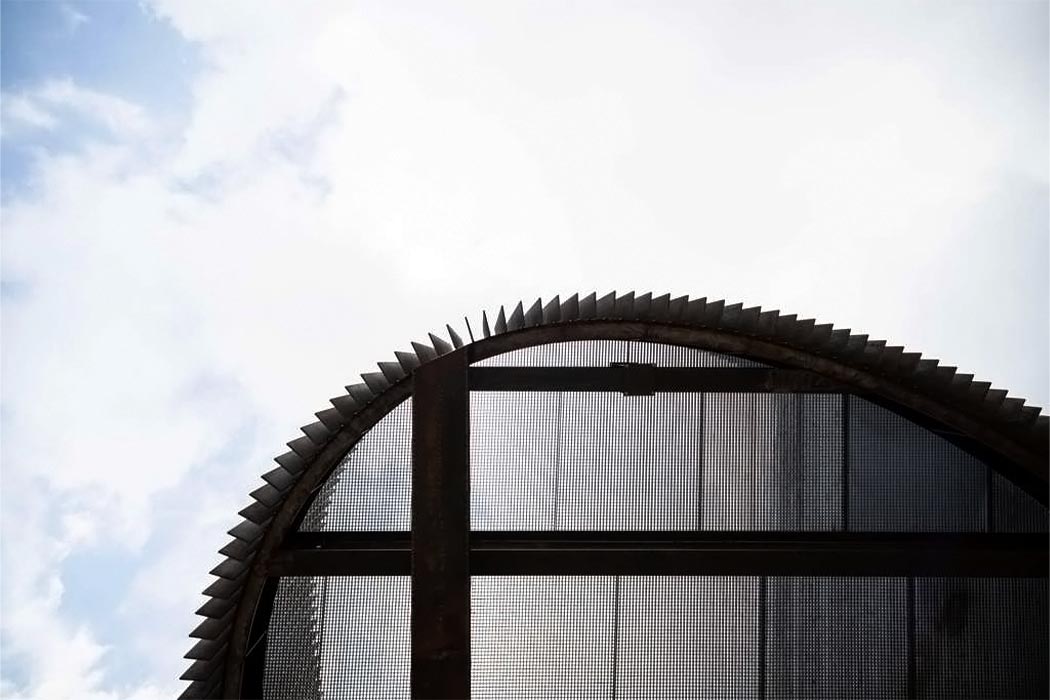 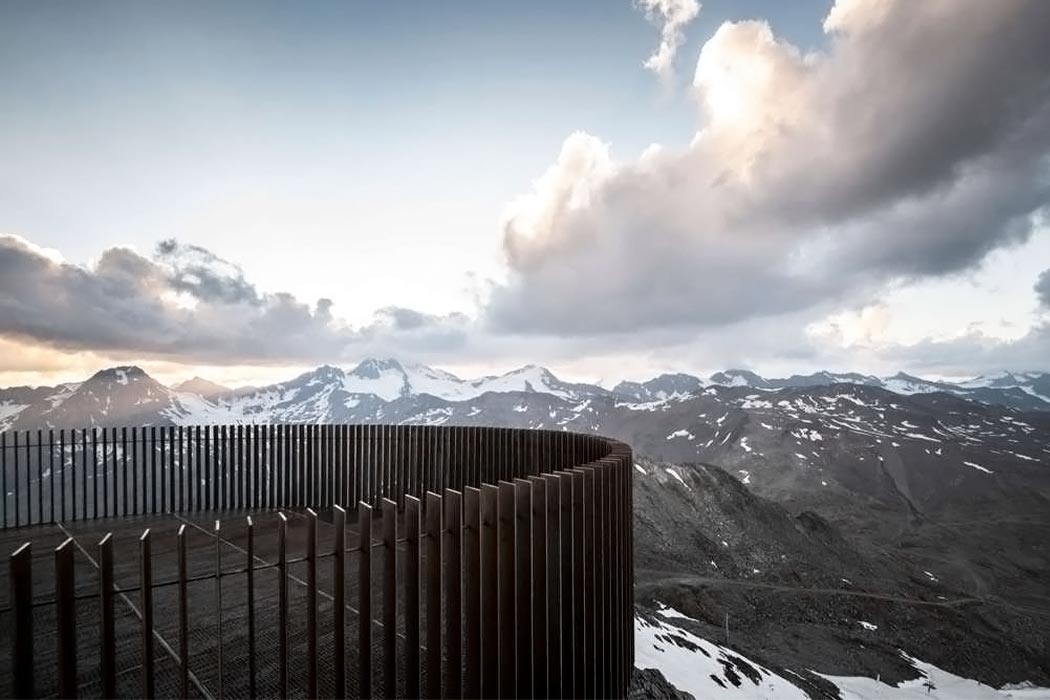 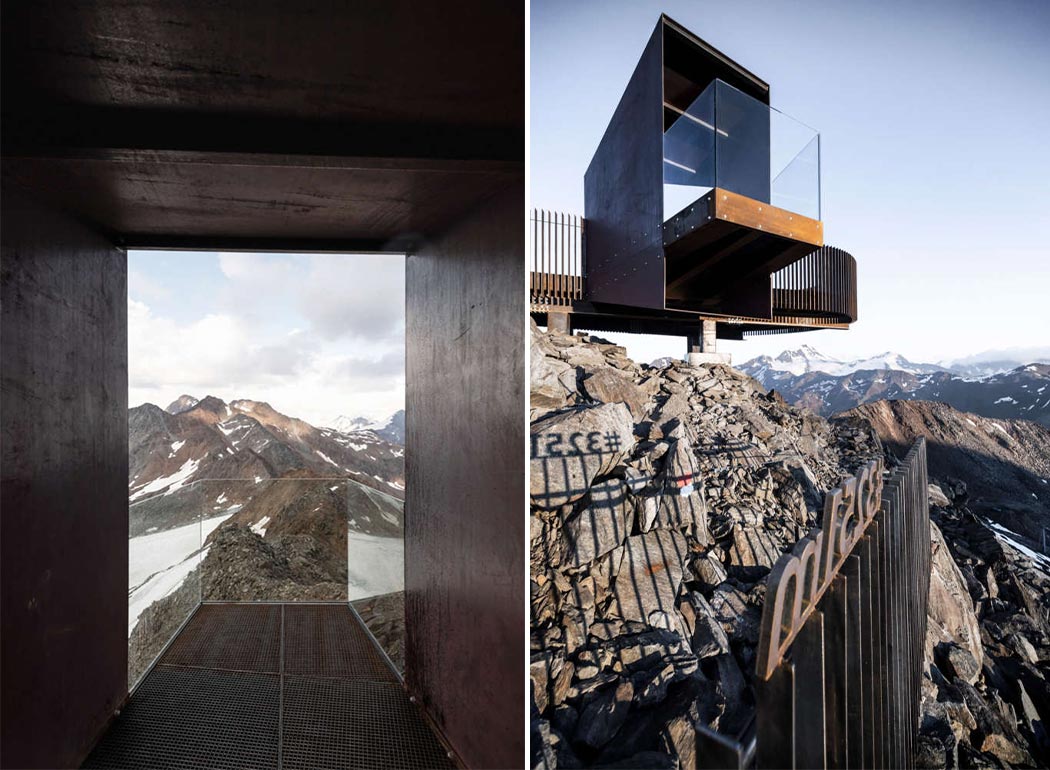 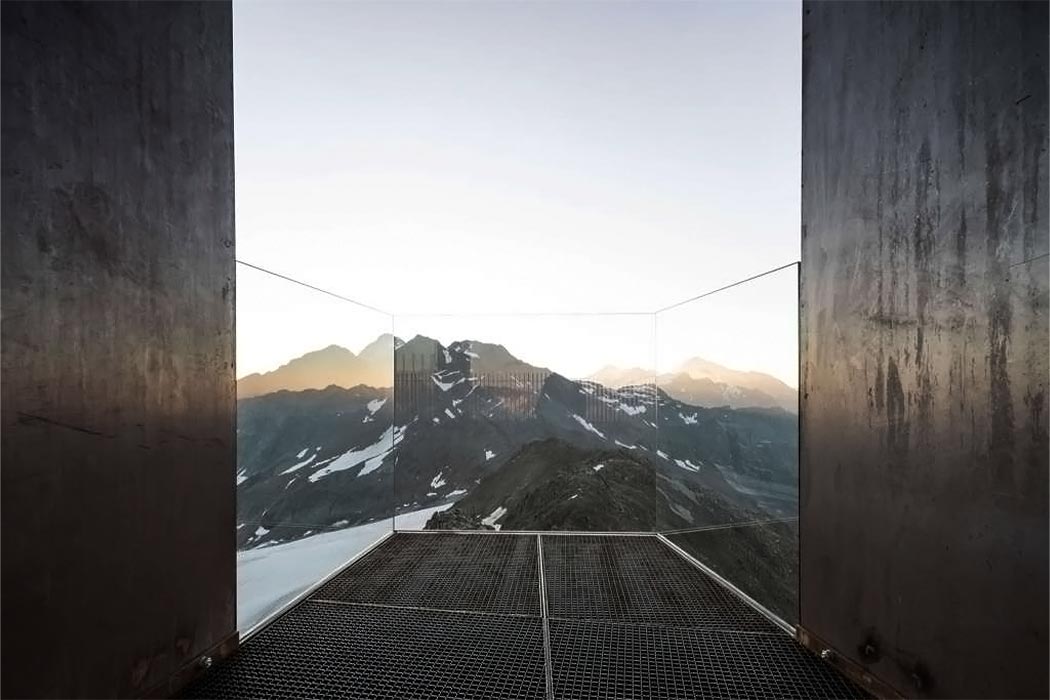 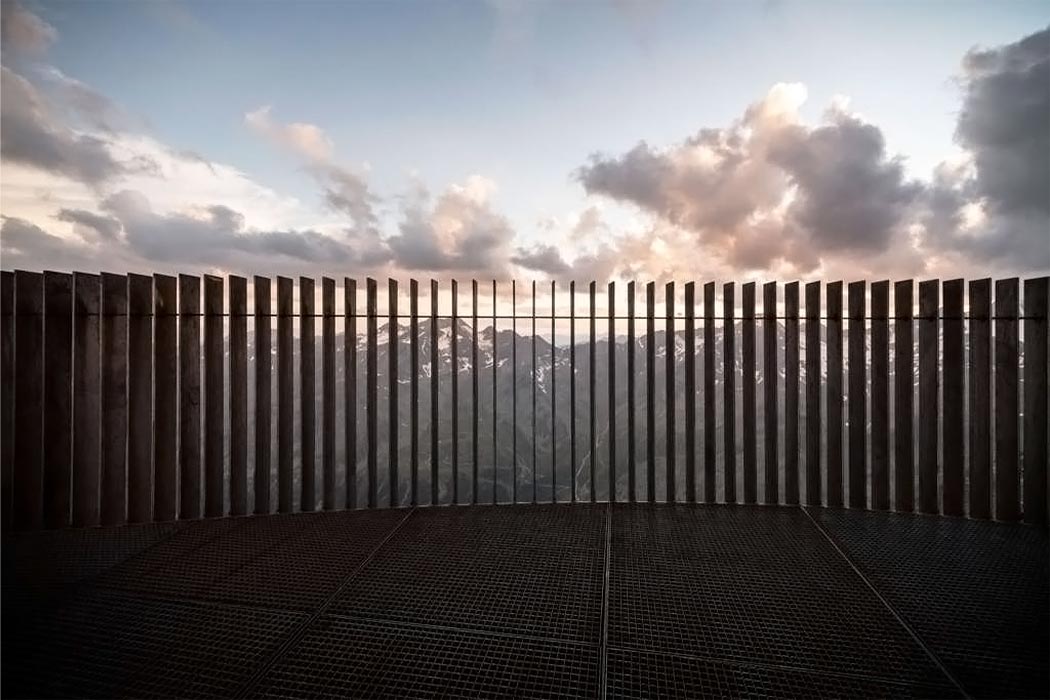 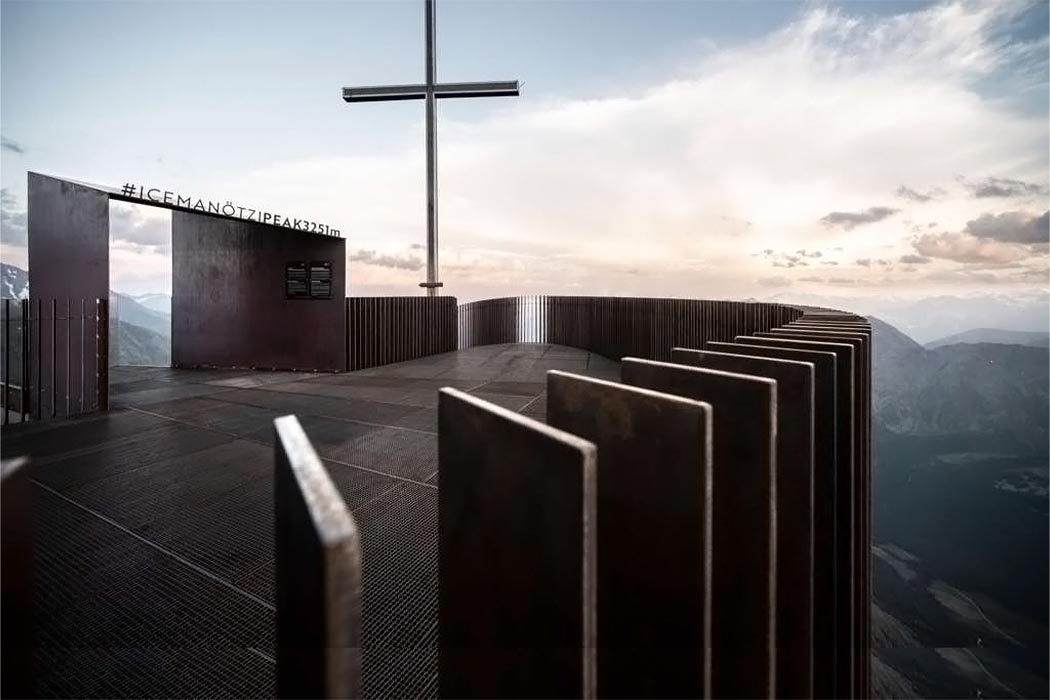 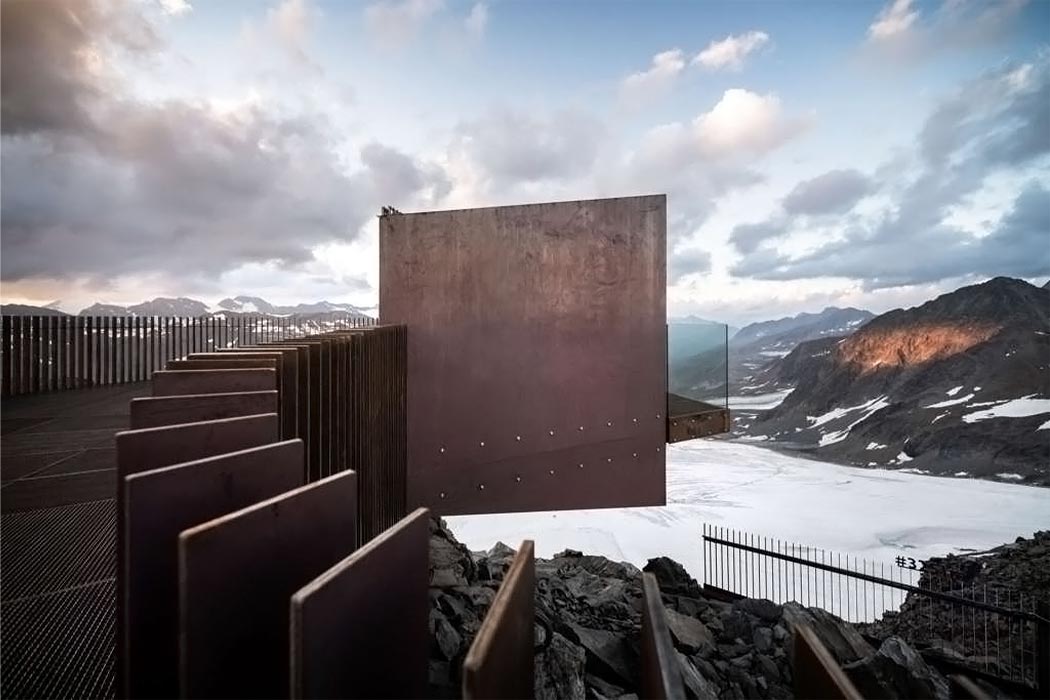 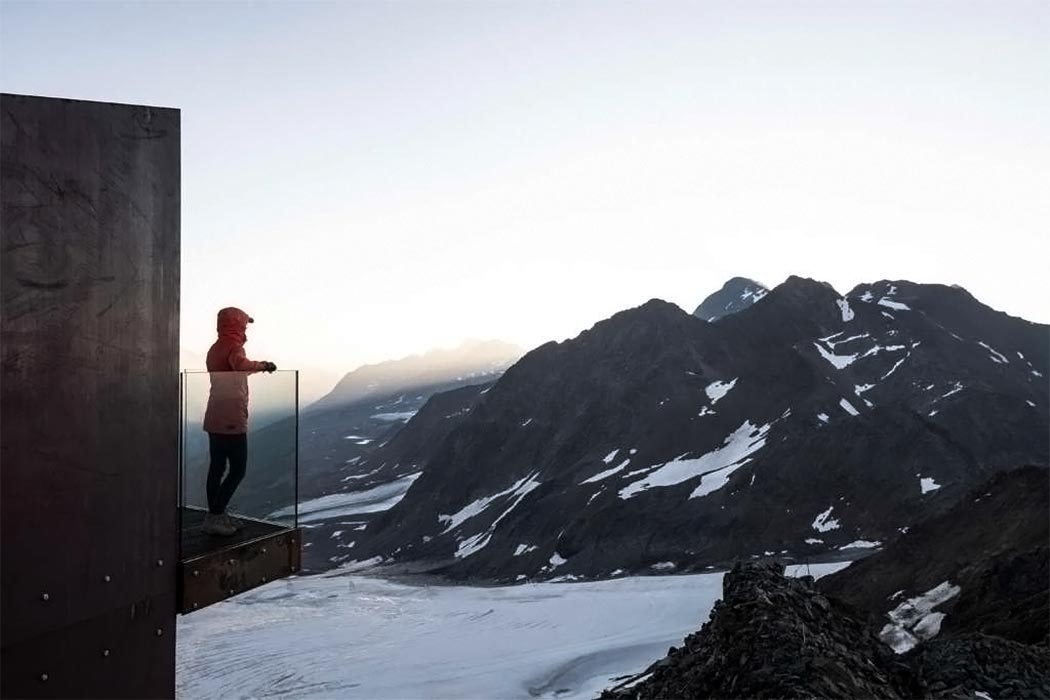 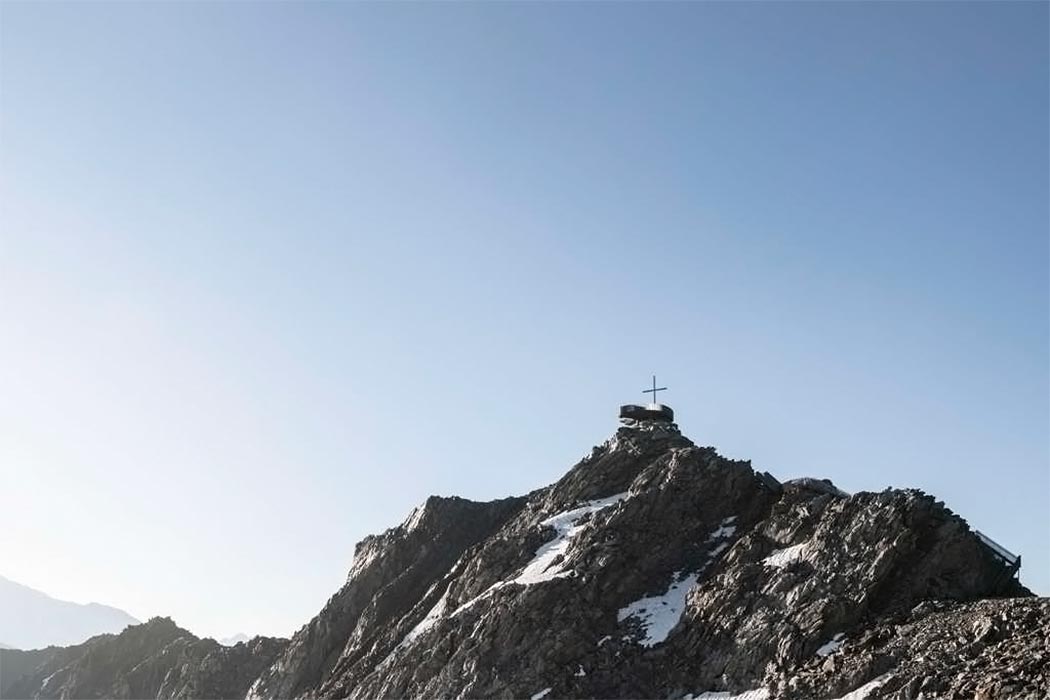