This Japanese Lab Can Lend You a Hand with Robotic Arms

Ever thought it would be nice to have an extra pair of hands? Or maybe you’ve always thought Spider-man’s Doc Ock had the right idea with his mechanical appendages. A robotics lab at the University of Tokyo is taking such matters into their own hands by creating a pair of attachable arms that could have multiple applications in everyday life.

The extra arms from the University’s aren’t available for public use yet, but a recently released video on YouTube shows how consumers might someday benefit from these robotic limbs. Wearers are strapped into a contraption via shoulder bands and a waist belt with mini controllers atop each metal forearm. So far, ISL has created three distinct modes that assist users in performing normal daily tasks. 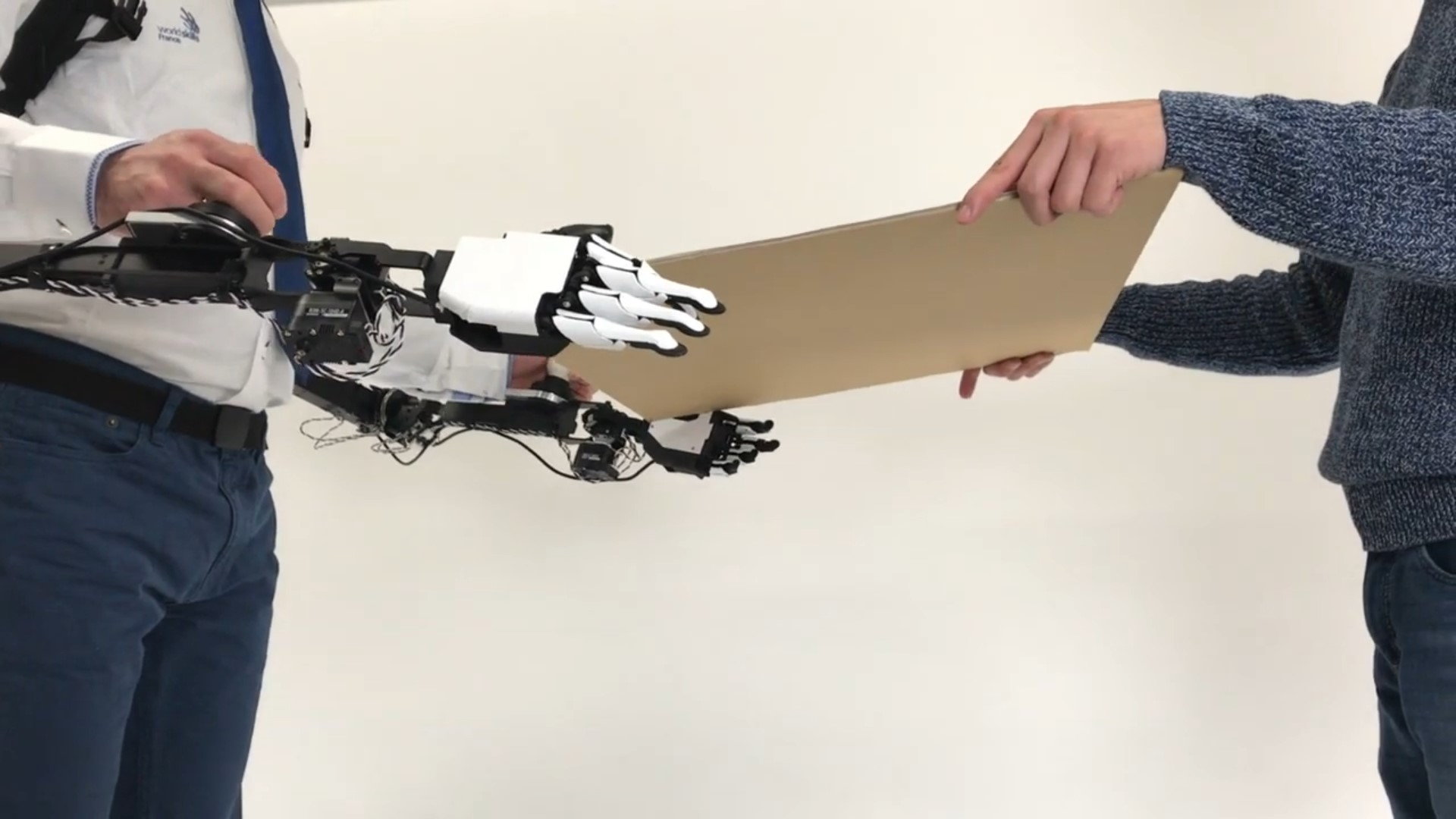 In this setup, the limbs are locked into certain positions to hold or grab things for the user, allowing them to use their natural arms for other tasks. For example, in passive mode, the robot arms can hold and carry a tray of food, extract something hot out of an oven, or hold a phone for the perfectly positioned selfie. In locked positions, the arms could also pull your luggage for you at the airport, hold an umbrella over your head during a rainstorm, or hold a drink at the ready while you go about your day. 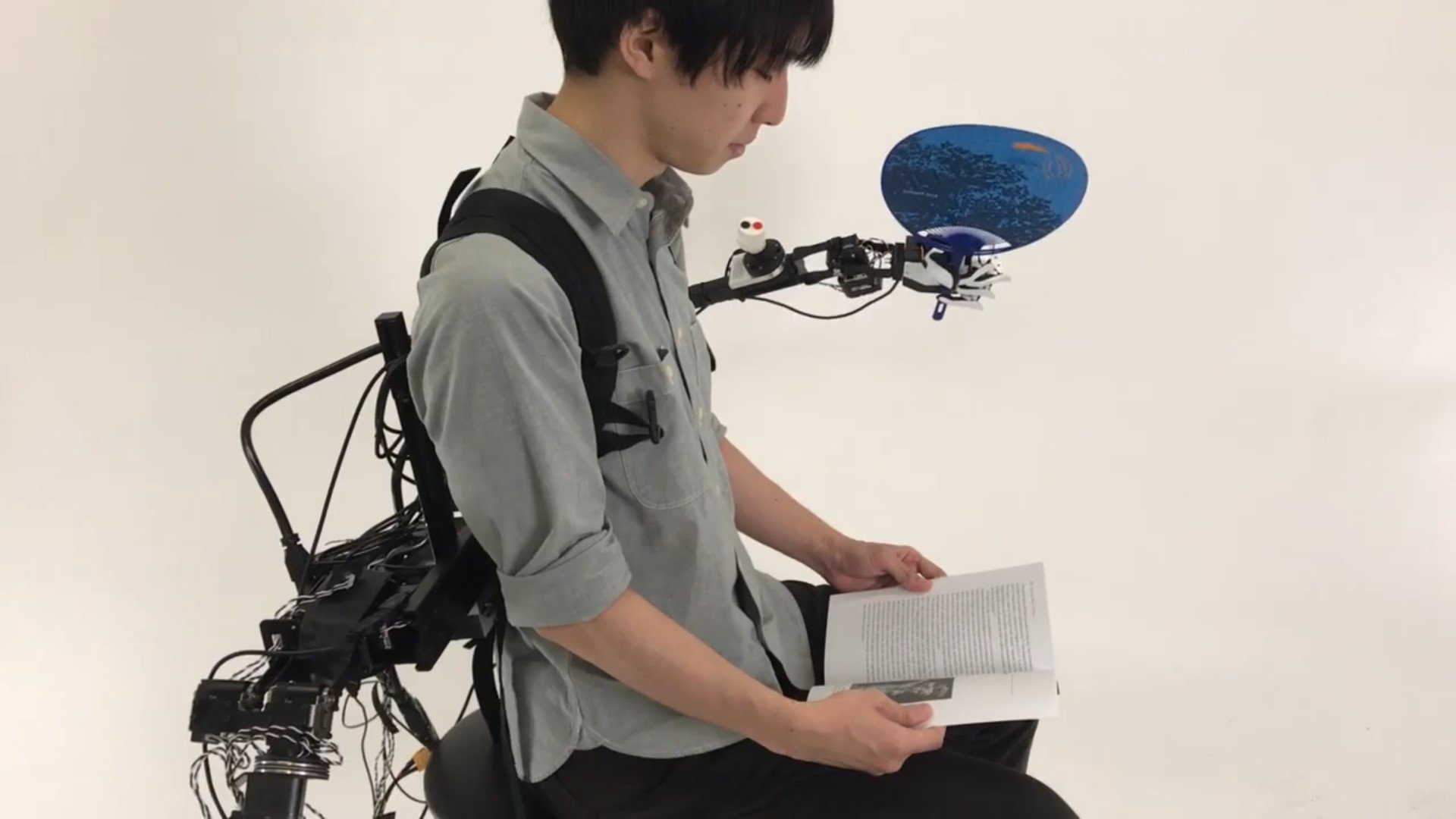 After the user makes the arms perform a certain motion in Playback mode, they can automatically repeat it. This setting could be helpful with repetitive movements like fanning yourself, leaving your real arms free for other purposes. 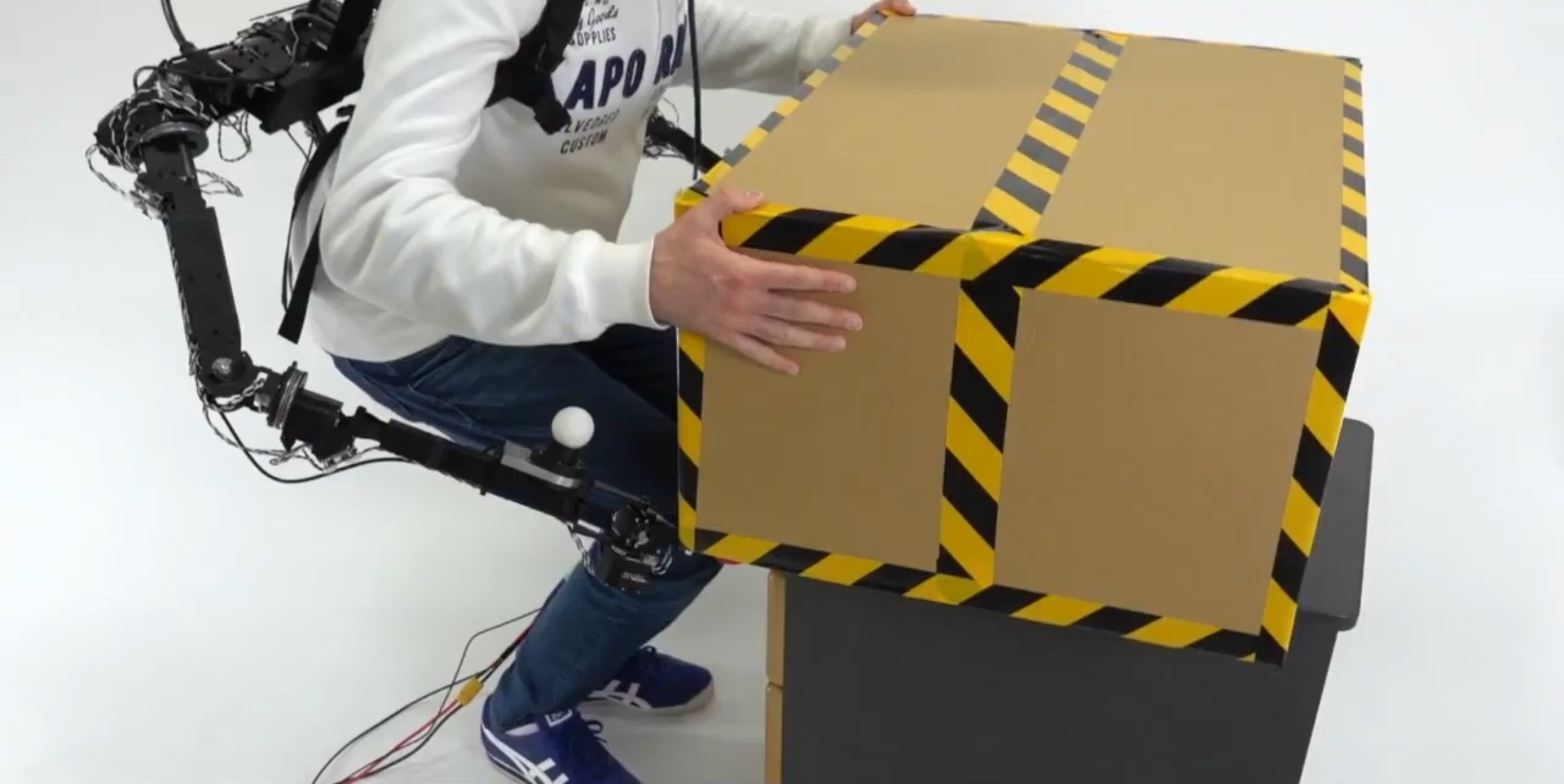 In Power Assist mode, the robotic arms augment the strength of the user, amplifying the force they apply to any object. Not only does this mean people can save their backs during heavy lifting, but the co-limbs in this setting could also provide great blessings to those with physical limitations. The team thinks they could especially benefit elderly populations, as the robo-arms could grab on to something to help them stand up from a sitting position as well as hold and stabilize things, like a cup of tea, if hand tremors are an issue.

While these mechanical arms are controlled by the wearer’s actual hands, the ISL team is also developing alternate ways to send directions to them. For instance, they’ve constructed a headset with a fisheye lens over each shoulder that can sense six different shoulder motions, each of which triggers a different motion from the arms. 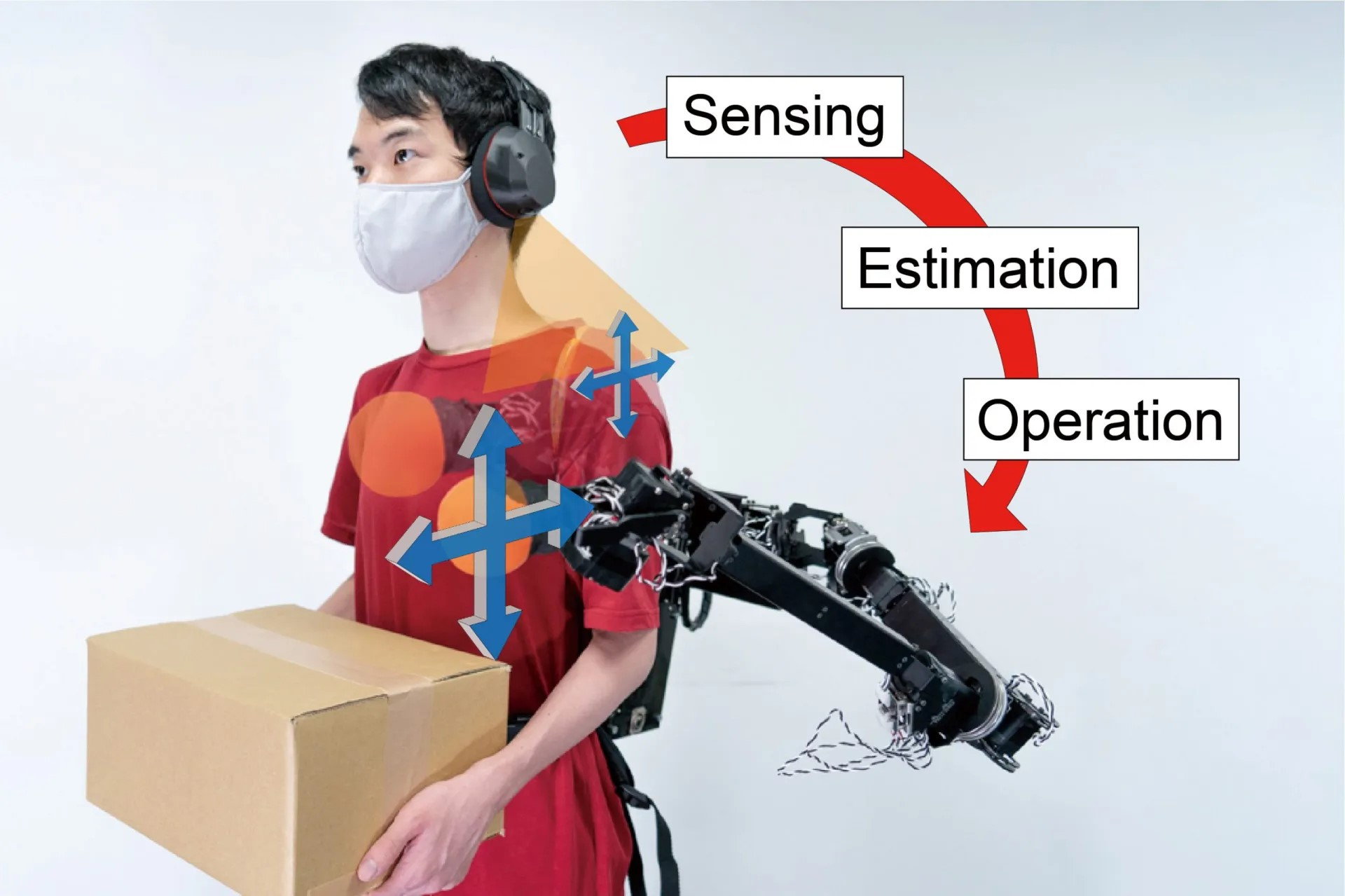 Another experiment involves using foot-powered levers to control the robotic limbs. So far this is only effective while the wearer is seated, but the possibilities could be expanded further down the road.

In a separate project, the ISL is studying the possibility of robot “swarms” as extra limbs. In this iteration, dozens of tiny robots would connect to form arms and hands, but when a small surface needs to be breeched, the bots could detach and squeeze through to retrieve an object or perform a task before swarming back into hand position. 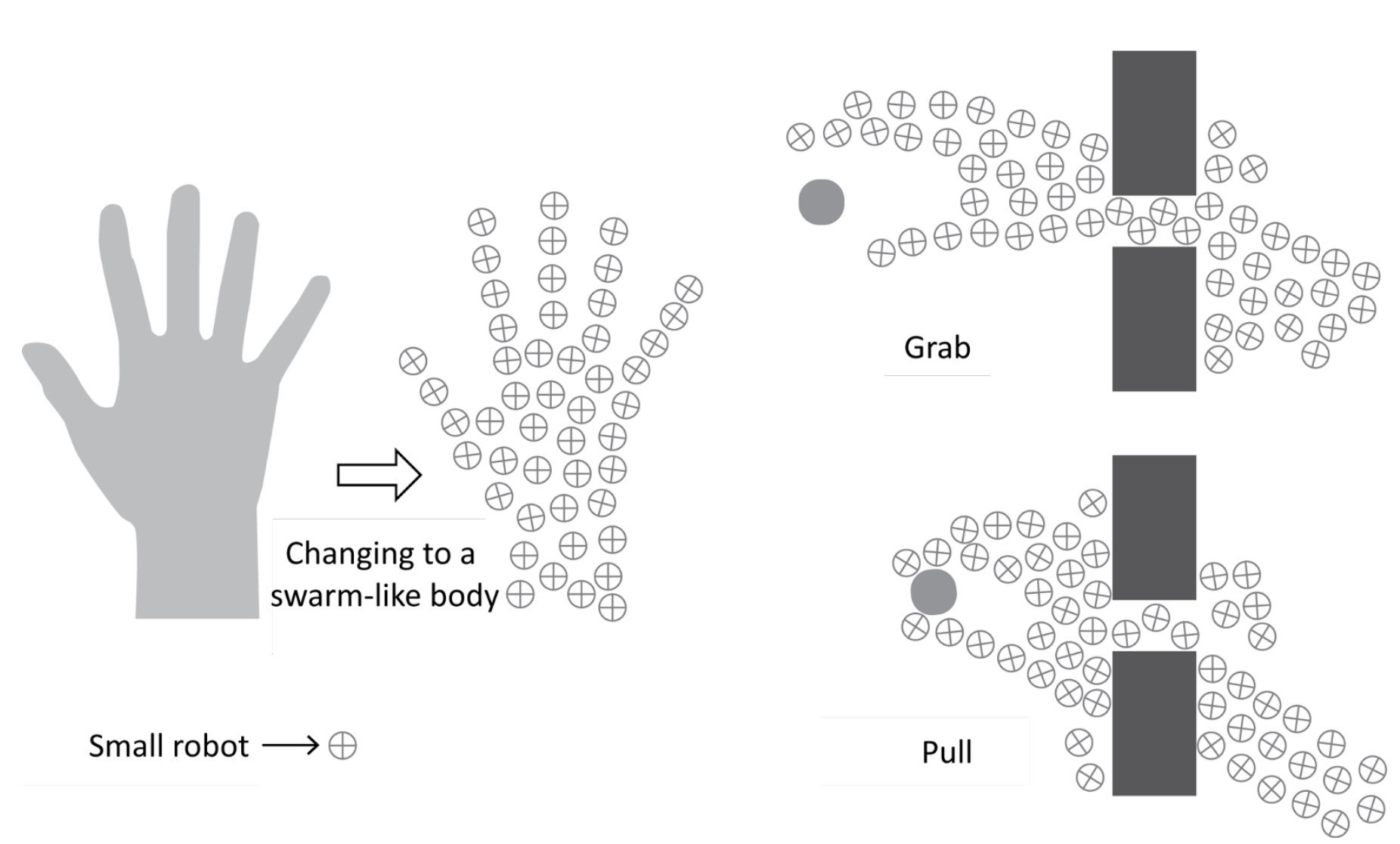 These experiments point to a future where the human body will be artificially enhanced for all kinds of daily tasks, perhaps turning us all into some version of a comic book superhero after all.