We’ve seen our fair share of stool concepts and prototypes, and, more often than not, these often come in wood, plastic, or even stone. The ones that are made from metal often convey smooth curves and forms to contrast with the material’s often cold appearance. There are times, however, when sharp edges and corners, visible nuts and bolts, and overlapping sheets of metal present a more interesting visual experience, especially when it’s associated with a certain theme. That’s what this steel stool prototype brings to the table, metaphorically speaking, with a design that would perfectly fit in a sci-fi, cyberpunk, or even dystopian movie set. 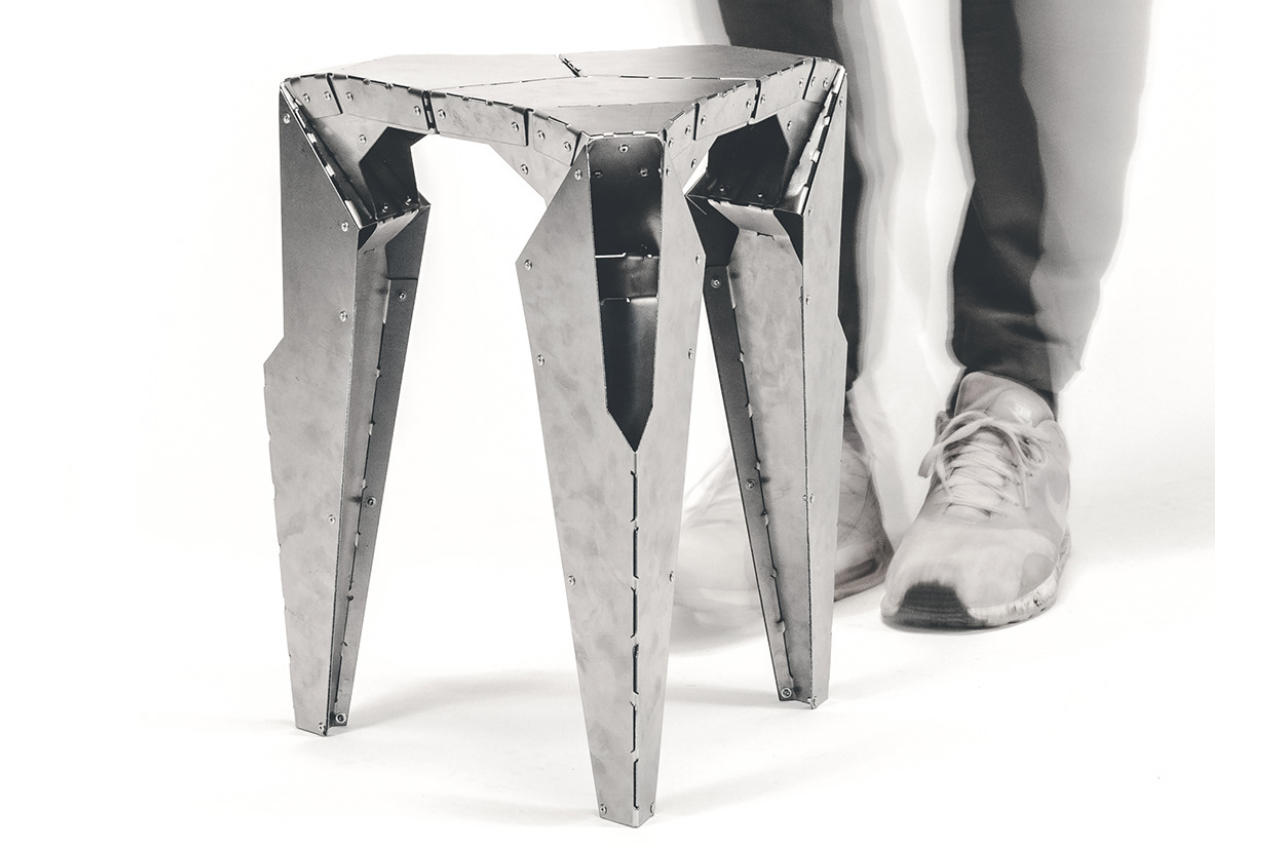 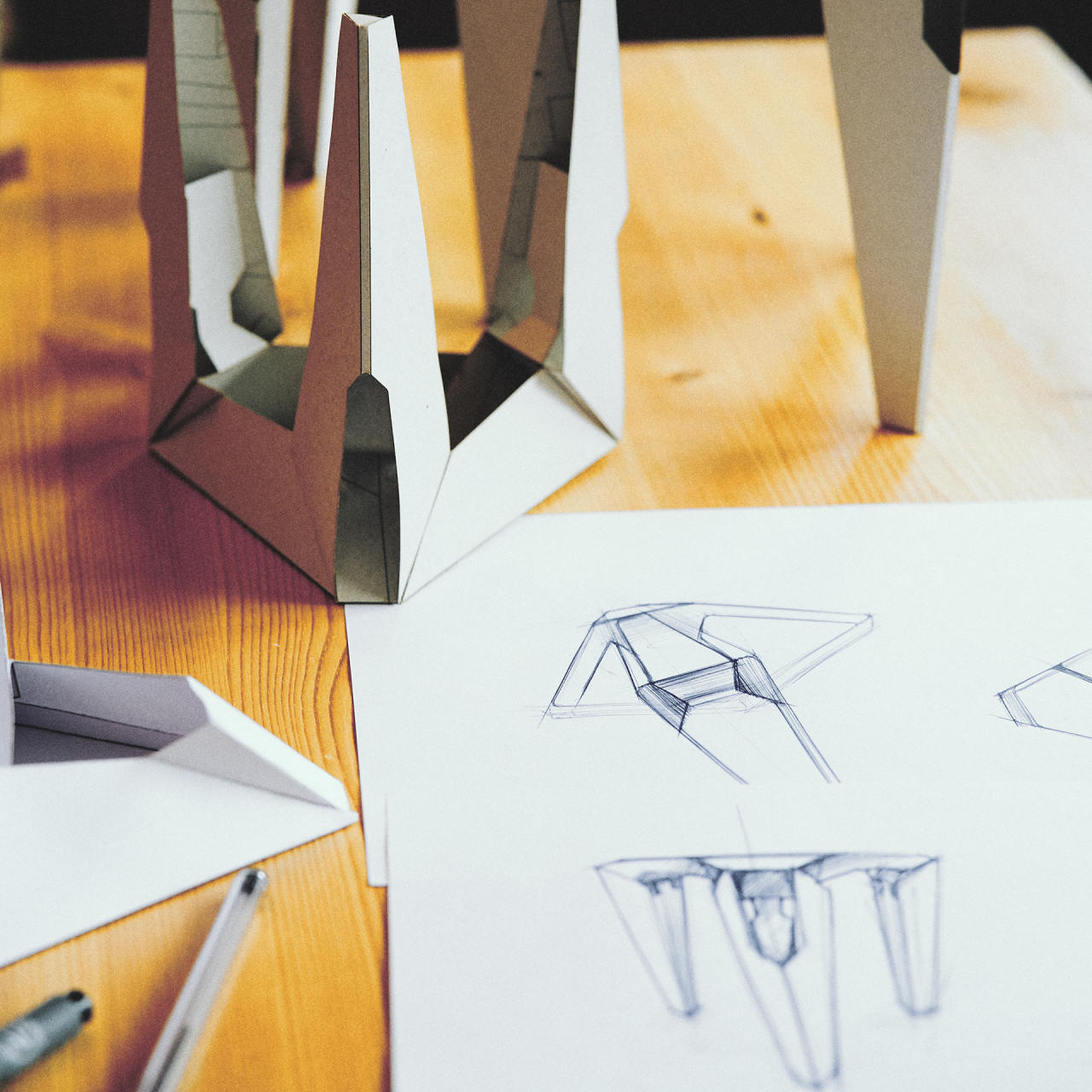 Almost all stools and chairs are designed with comfort and stability in mind, at least the ones that are intended to actually be used. After all, who would want to sit on a chair that’s not only uncomfortable but also dangerous? An unrefined metal stool with sharp edges and corners, for example, could end up cutting your skin every time you move or carry it. 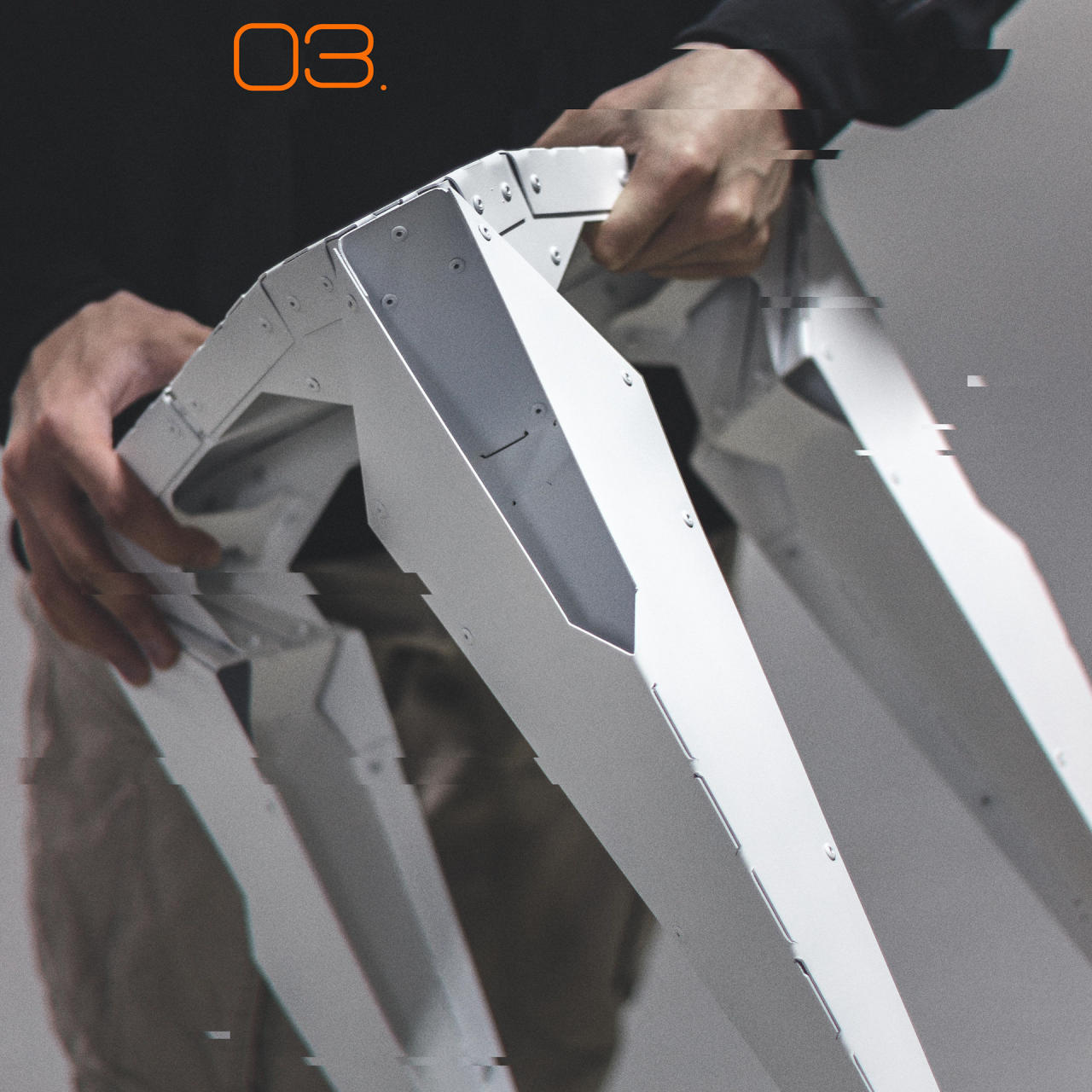 The Stool .03 throws all those conventions and expectations out the window to create a piece of furniture that appeals to a certain aesthetic taste while still promising stability when someone does sit on it. It wholeheartedly embraces its metallic nature and makes no effort to hide it, looking unpolished yet at the same time refined. Its polygonal surfaces and triangular shapes call to mind designs used on TV and in games when portraying sci-fi or futuristic objects. Alternatively, it also looks like an alien craft with its three wings folded in a state of rest, ready to expand and lift off at any moment.

More than just the design itself, the development and manufacturing process behind this stool is just as interesting. The goal was to design a stool that could be cut from steel sheets using a laser, a rather unorthodox process for producing steel chairs. The overall design was also intended to make use of diagonal lines and angles to create a dynamic appearance without the usual flowing curves. 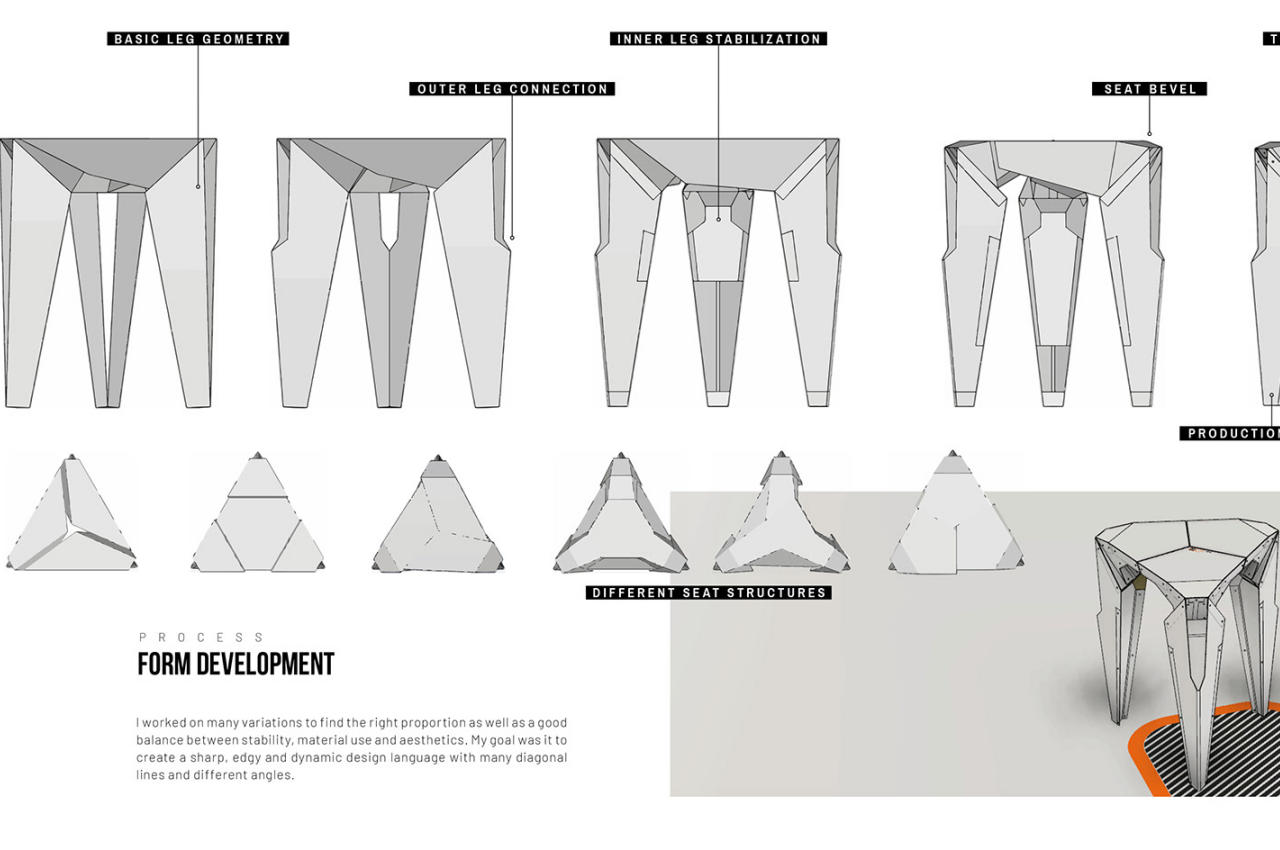 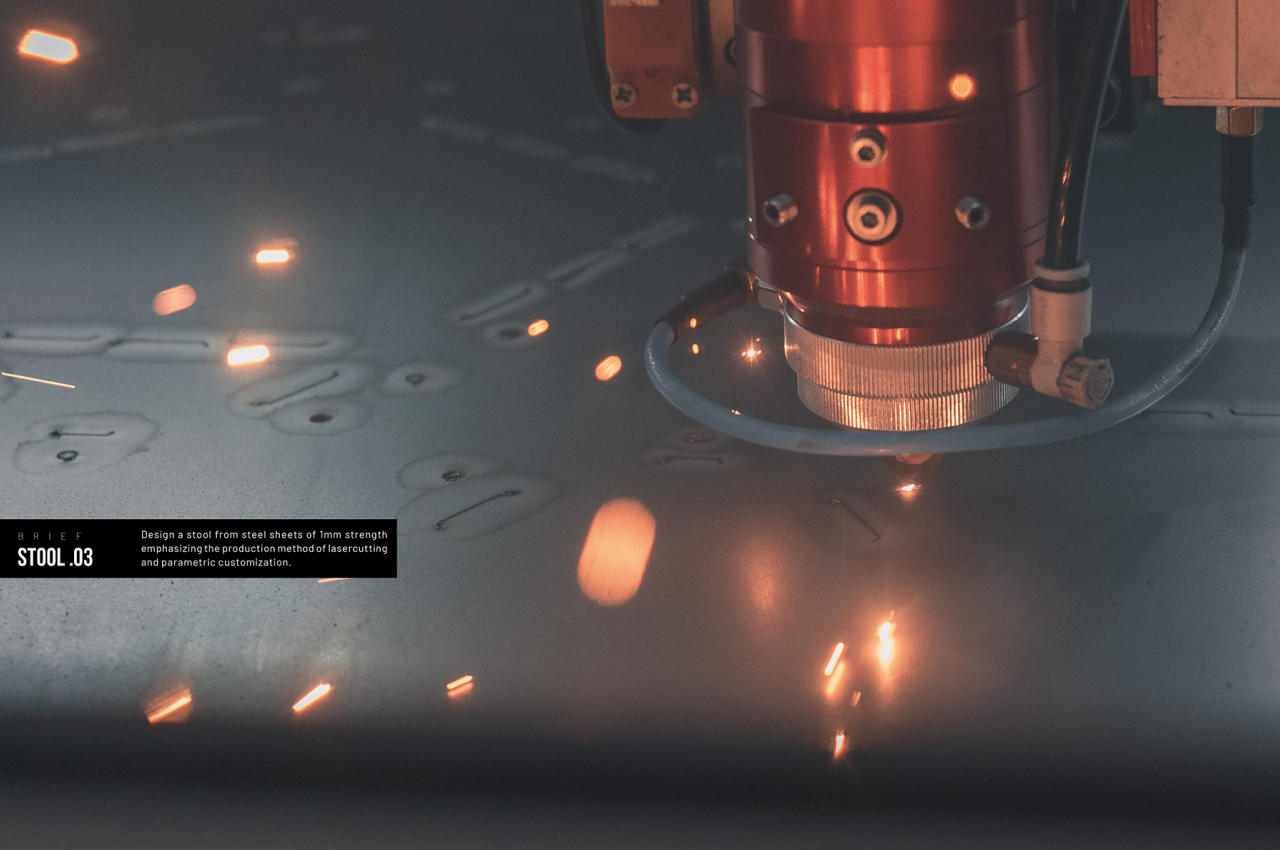 The result is a stool that is sharp and edgy in a good way. It definitely looks different and unique and will probably appeal to certain people with a penchant for more industrial designs. Whether it’s comfortable enough to sit on for hours or even a few minutes, however, is an entirely different question. Perhaps someday, we will be able to use a material that has the same visual identity as hard steel but with the soft comfort of textile. Then this Stool .03 will easily become a fixture in the homes and offices of the future. 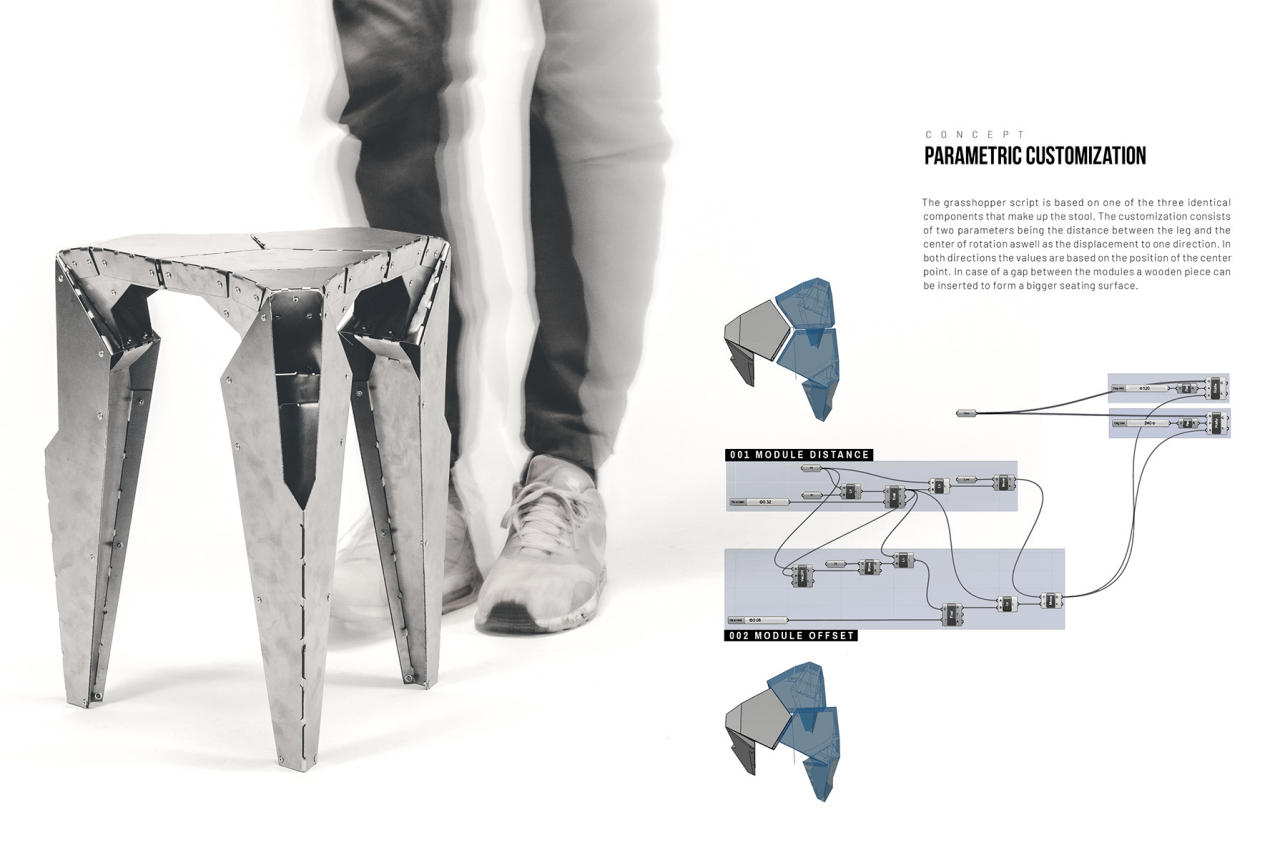 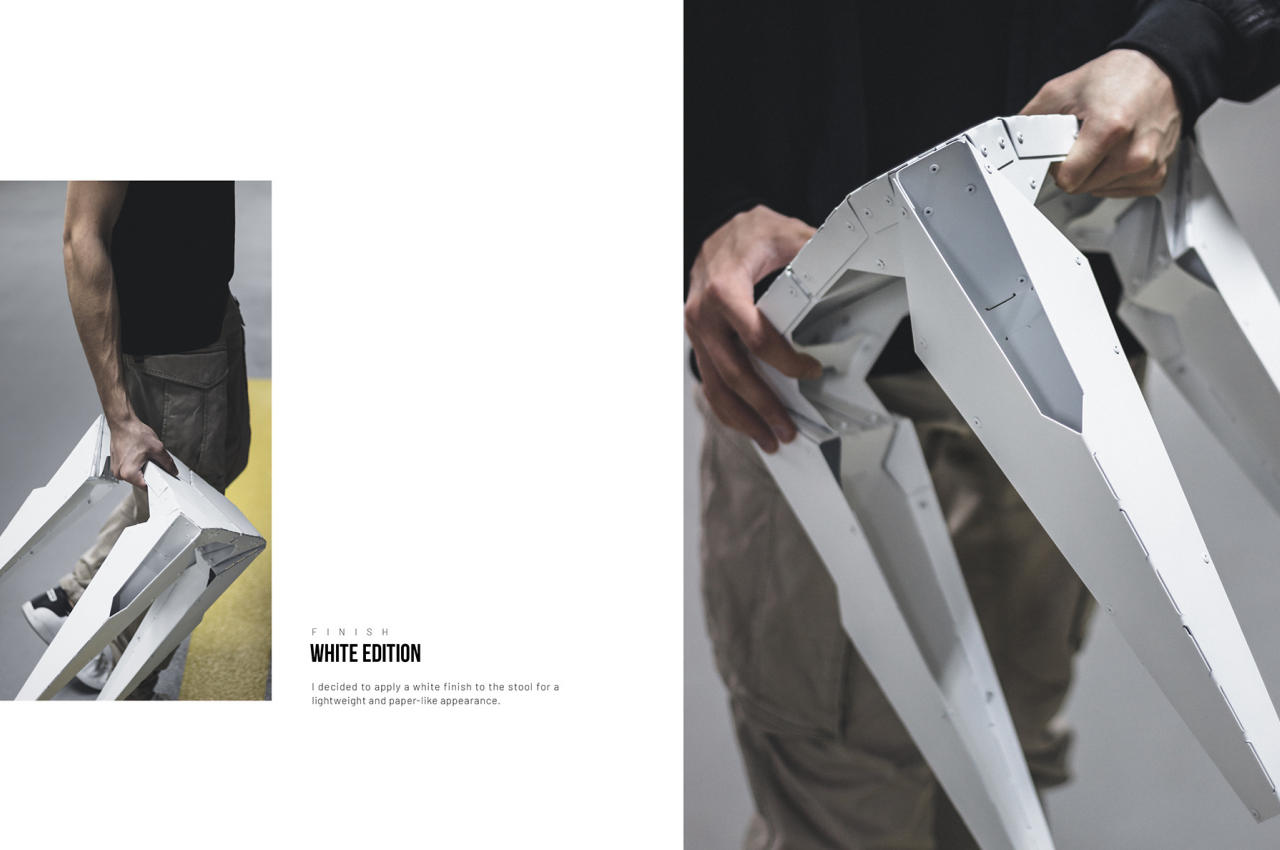