This luxury case turns your Apple Watch into a Rolex; and other clever Father’s Day gifts 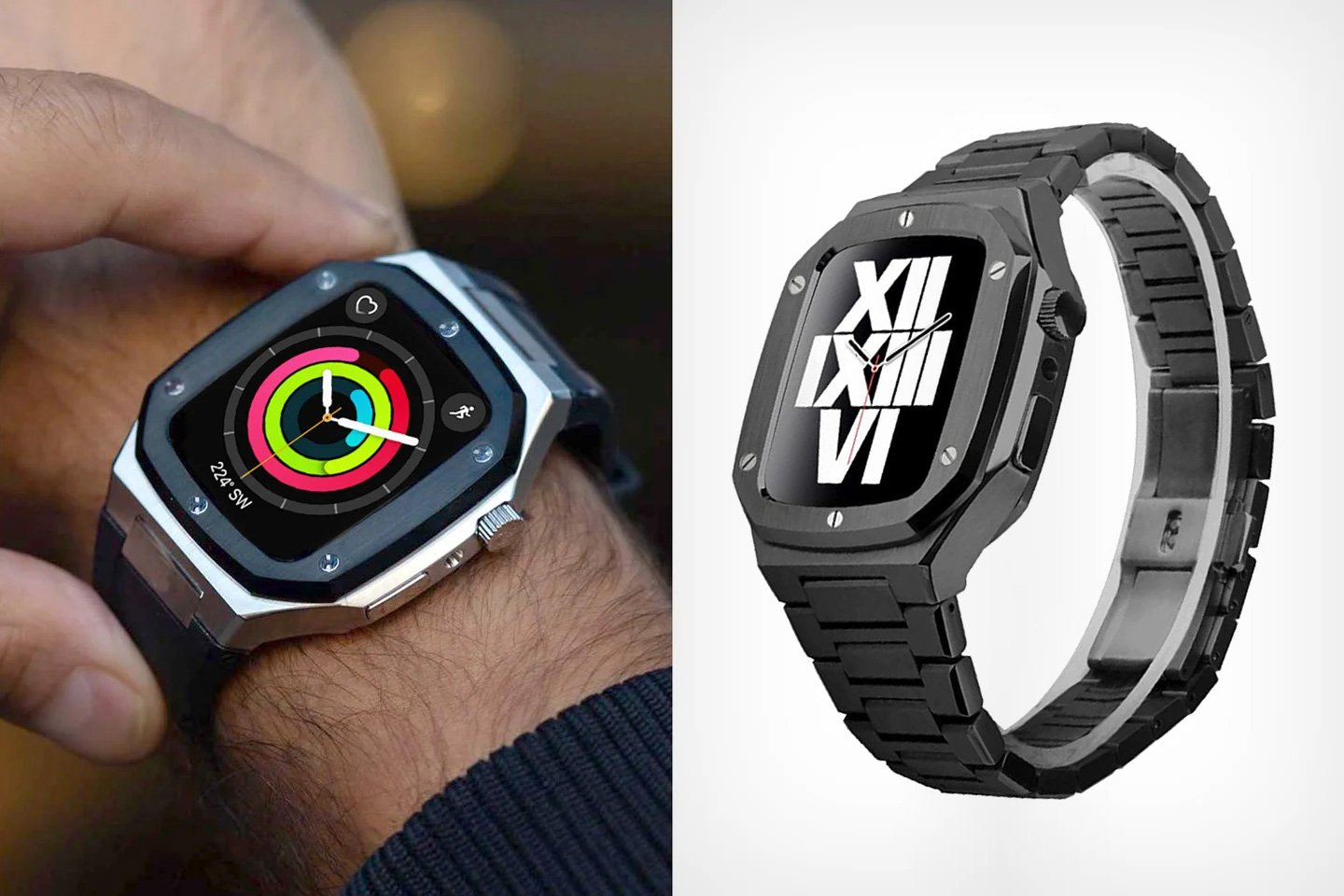 With just a week to go (Father’s Day is this Sunday, in case you forgot), this is perhaps the last window of time you have to panic-add something to your cart and hope to have it in hand by the 19th. However, fret not because we got the gift-curation part covered for you. Here are 5 perfect gifts you can buy for your old man, aside from spending some time with him, obviously. They’re a combination of clever, useful, stylish, and affordable, so go ahead and pick any one of them and you’re getting the ‘Best Son/Daughter of the Year’ award for sure!

I’m pretty sure there’s a sizeable group of people who like the Apple Watch for its functionality but not for its looks. For that select bunch, CaseBand’s Apple Watch Case lets you switch out your smartwatch’s Silicon Valley aesthetic for something much more premium. With a premium rose-gold and anodized black finish, the Switch is simply a metal case that covers your existing apple watch, giving it a visual overhaul, without compromising on the watch’s capabilities. Each case encloses your Apple Watch’s main hardware unit, exposing the screen on the front in a way that’s still easy to access, while also keeping the sensors and charging points on the rear of the watch uncovered. The Apple Watch’s crown gets a metal overlay too, being replaced with a much more traditional-looking wristwatch crown, and the power button below it also gets covered by a clickable metal cover. Cutouts for the speaker and microphone ensure the smartwatch works just as intended with minimal to no tradeoff.

If your dad is less of a tech enthusiast and more of an analog purist, the Bradley makes the perfect alternative choice! Easily one of the most iconic watches of modern time, the Bradley watch from Eone comes with a spectacular design that’s backed by an even more incredible story. Named after former naval officer and Paralympic Gold medalist Bradley Snyder, the watch hopes to champion inclusive design by being a timepiece that you can read not just with your eyes, but with your hands too. The watch hopes to celebrate the brave legacy of officer Bradley, who lost his vision while diffusing bombs during his time stationed in Afghanistan. Championing Bradley’s unstoppable spirit, the watch features two ball-bearings that magnetically travel around the timepiece’s face to read the time (one bearing on the front tells the minutes, and another on the rim tells the hours). The wearer can simply run their finger across the watch to feel for the bearings and get an immediate sense of what the time is. If the bearings shift position while you touch them, they can slide immediately back thanks to the underlying magnets… which make the award-winning tactile timepiece double up as a nifty toy too!

Here’s a brilliant pick if your dad has a sense of humor he isn’t afraid of occasionally flaunting! A perfect blend between quirky and functional the Sasquatch Tool from UST comes in the shape of the mythical large-footed creature with 12 tools built into its metal frame. Designed to be compact enough to carry with you in your pocket, on your keychain, or on a carabiner attached to your backpack or belt loop, the Sasquatch Tool is the ultimate celebration of the outdoors! The handy multitool is the perfect EDC for carrying on hiking trips, cycling expeditions, or even out fishing/kayaking. Just don’t expect it to help you defend yourself against an actual Sasquatch!

Is your dad (like every other dad) an absolute sucker for DIY? This nifty illuminating switchboard will make the perfect ‘next home project’! It’s simple, it’s practical, it’s pure genius. The SnapPower GuideLight 2 is a simple switchboard with a key upgrade – it comes with its own built-in LED strip that automatically activates in the dark to help illuminate your space just enough to help you make your way around the house. The GuideLight 2 plugs right into your mains and doesn’t need to be switched on or off. The entire lighting system sits right within the form factor of your switchboard without blocking any sockets, so you can still use them to plug in floor lamps, smart speakers, or other appliances around the house.

There was a time when ‘astronaut pens’ were all the rage. This levitating pen, however, is pretty much ‘out of this world’! Designed as what I assume is the world’s first and only ‘sci-fi’ pen, the Hoverpen 2.0 is a marvel of engineering as it floats within its gravity-defying stand, looking almost like something out of an alien’s spaceship. The pen itself is a remarkable writing instrument, equipped with a Schmidt ballpoint cartridge for a smooth, luxurious writing experience, however, when you’re taking a break from writing, the pen doesn’t just simply go into a pencil case or a pen stand. The Hoverpen 2.0 comes with its own magnetic stand that allows it to rest in an inclined position with its tip touching the pen-stand, without tipping over. Magnets within the pen-stand’s arc-shaped guardrail help the pen hover on its own, resting on just one point. The magnetic forces also cause the pen to gently sway up and down or even spin on its axis, resulting in an experience that feels metaphorically and literally otherworldly!