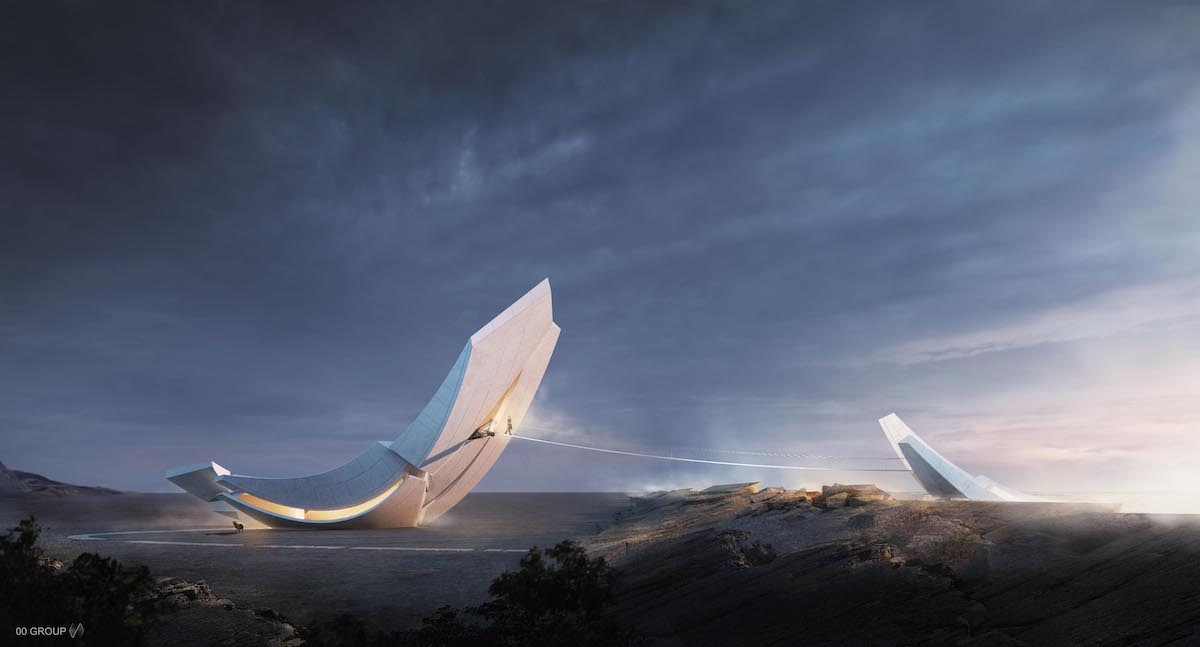 Design studio has released imagery of an ambitious new landmark for Iceland. Known as Anchor of the Plates, the plan includes a set of monumental towers connected via a bridge that crosses a fissure in the northern part of the country. Though the towers are iconic characters on the site, the design celebrates the natural landscape; it specifically emphasizes vogagjá, an old bathing site that’s been called “.”

The design was created in response to a Bee Breeders competition called Iceland Cave Tower and seeks to literally connect tectonic plates while providing a space for observation. The main concept represents the idea of human intervention that can influence the natural world; a delicate bridge and monumental towers can literally help to anchor the shifting of two tectonic plates. This act also emphasizes the movement and tension of the splitting land. 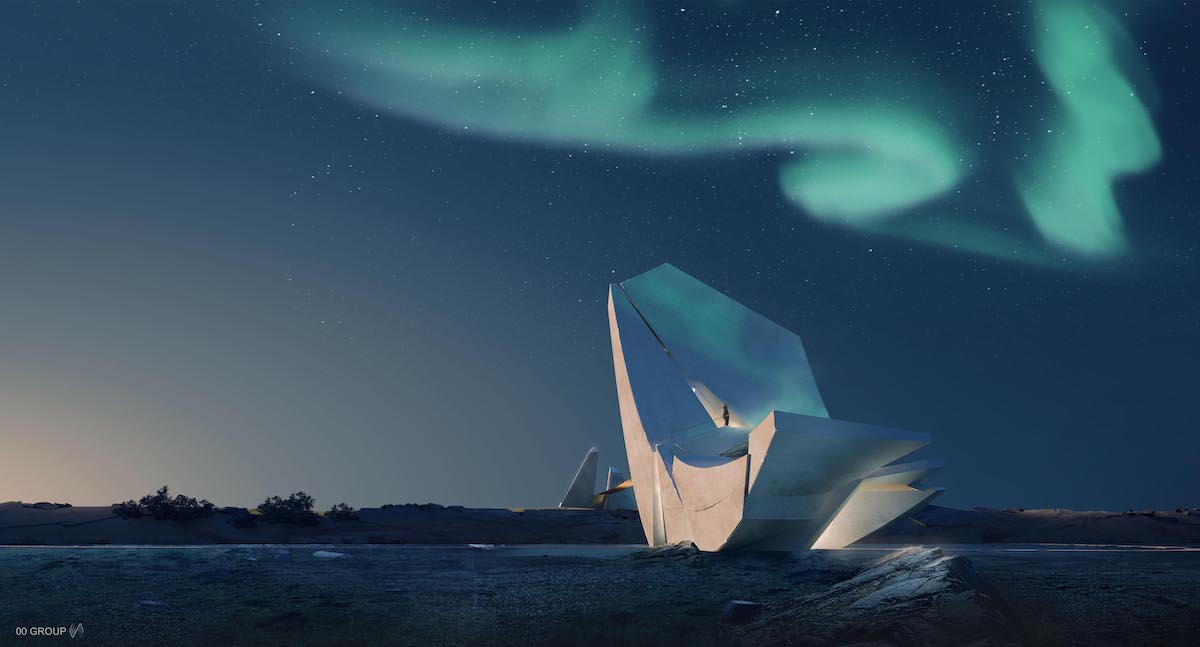 The interior of the observation tower is imagined with modern materials and technical displays which allow visitors to understand the earth moving below. As the fissure expands over time, the movement is displayed on the walls in real-time.

The simple rope bridge that connects the two forms is also designed to account for changes over time. The bridge is engineered to expand as the earth separates the buildings with a larger gap, a detail that keeps the tower functional but also tells a beautiful story about our changing natural world.

If you loved Anchor of the Plates, check out the to Bee Breeder’s Iceland Cave Tower competition.

00group has designed a stunning observation tower in Iceland that literally anchors two tectonic plates together. 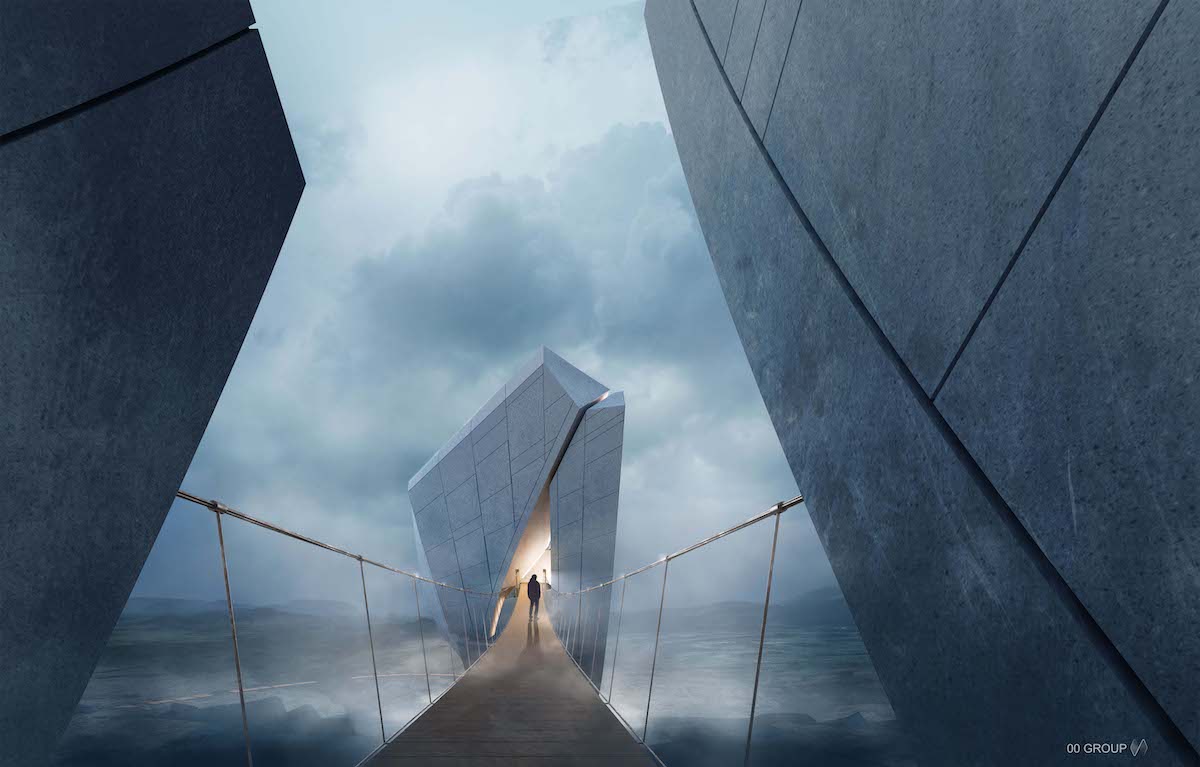 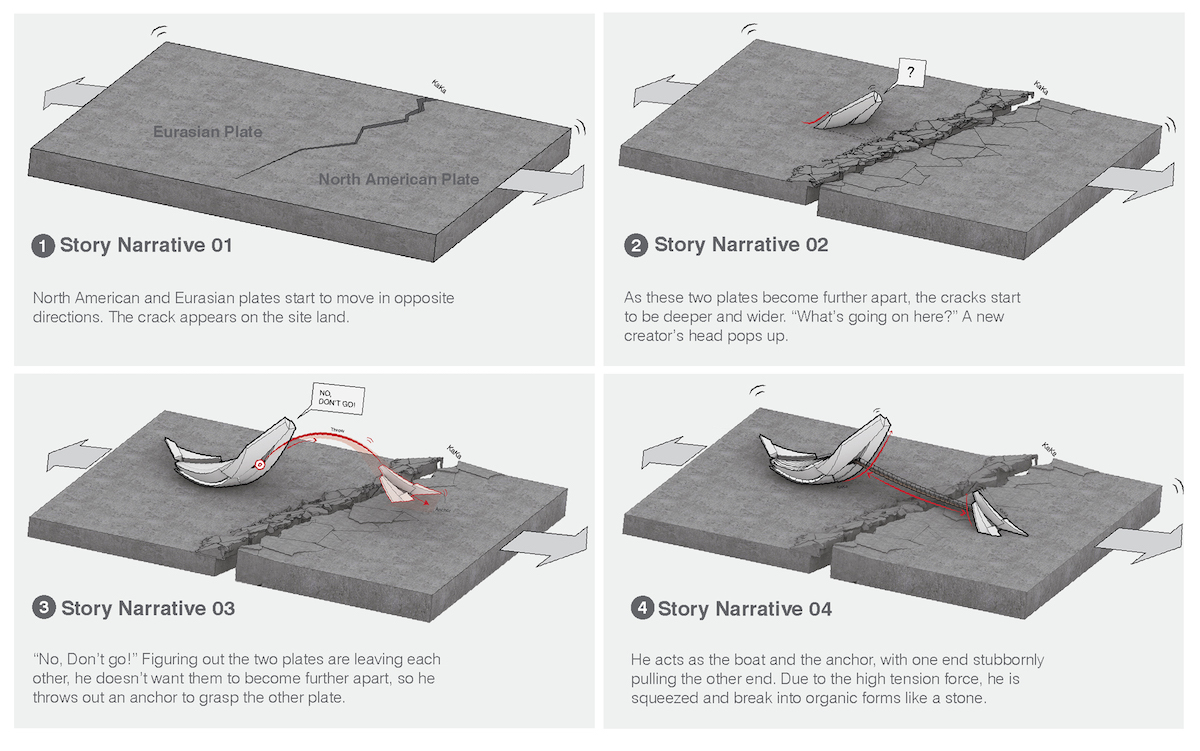 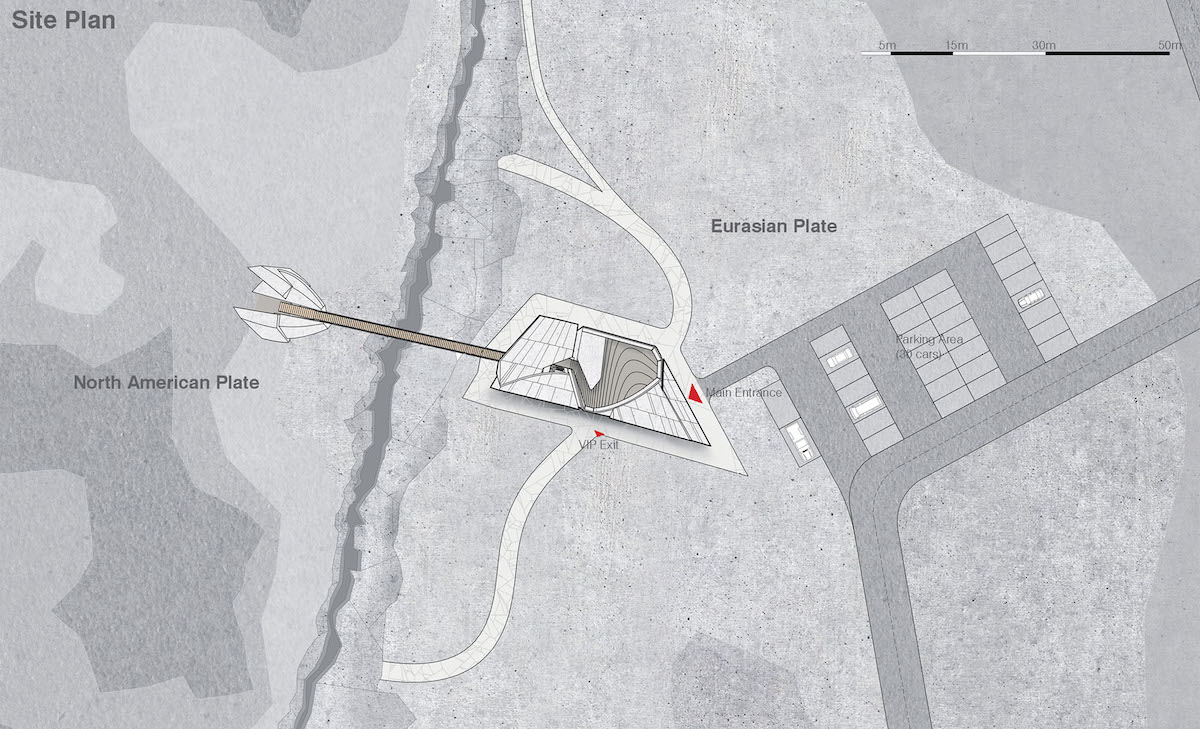 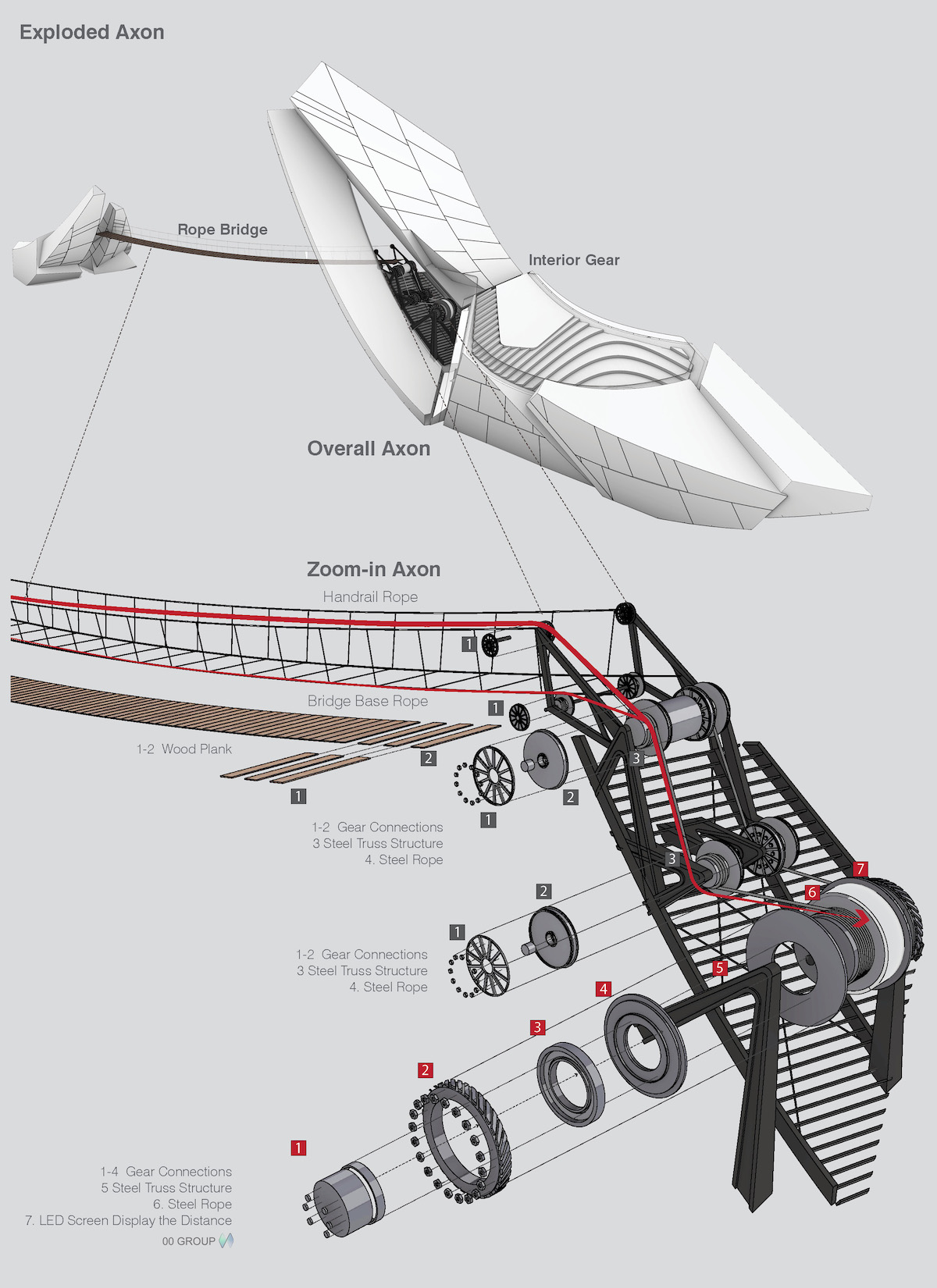 My Modern Met granted permission to feature photos by 00group.