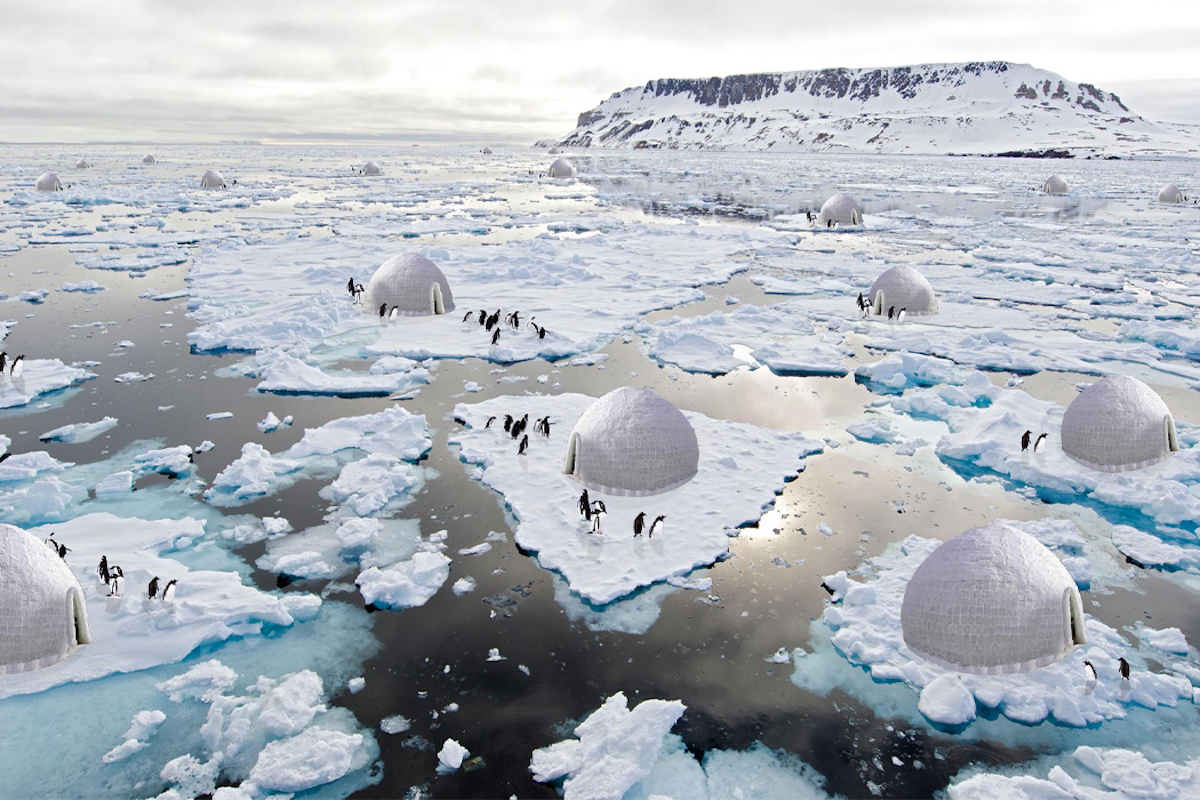 Experts have become increasingly concerned about the effect of climate change on emperor penguins after some of the largest colonies have failed to produce chicks in almost three years. Iranian architect ’s Penguin Protection System aims to address both the threat to emperor penguins as well as the polar ice melt that prohibits their breeding. The two-part system is split vertically with an igloo shape that serves the penguins and an under-water shell that addresses the polar ice melt. Navidi created this concept in response to the “Innovation for the Sea” category of the, where it earned seventh place.

The upper portion provides a man-made replacement for the penguins’ shrinking natural habitat of the Antarctic ice shelves. In the new igloos, penguins can continue to lay their eggs and huddle together to warm the eggs without fear that the structure will melt before the chicks can survive without the shelter. Imagery produced for the competition shows penguins huddled together in the igloos in a spiral organization. This natural formation of penguins provided the design inspiration for Navidi’s upper igloo. 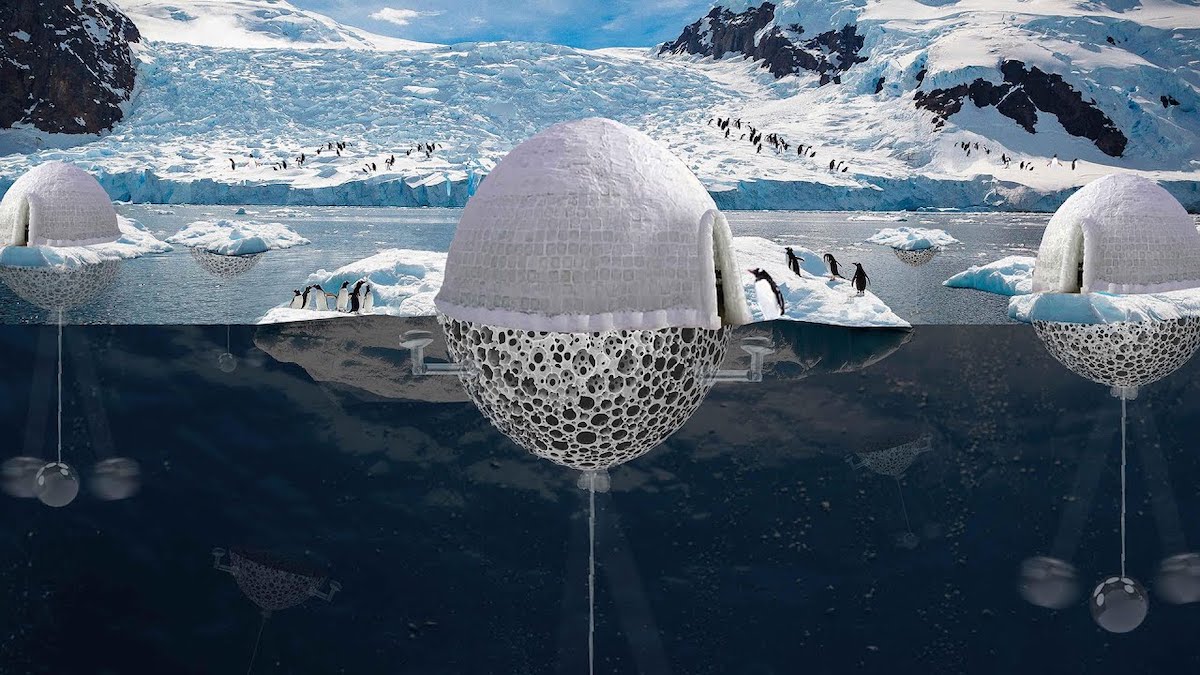 Meanwhile, the lower structure attempts to undo some of the environmental damage that created a need for human intervention in the first place. The crater-filled and inverted igloo is based on the design of a sea sponge and is connected to a swinging underwater pendulum. When the pendulum is moved by waves, electricity is generated and used to cool the area.

By cooling the water in melting areas, Navidi hopes that his proposal would help manage the rapidly melting polar ice. He also designed these lower structures as independent elements that can detach from the temporary penguin homes. He imagines that these elements may be moved to areas that need more assistance in managing melting ice.

Though the Penguin Protection System is still a conceptual project, it demonstrates the intersection between environmental sciences and the built world—an important area that may become more relevant to architects and designers as climate change threatens our natural world. 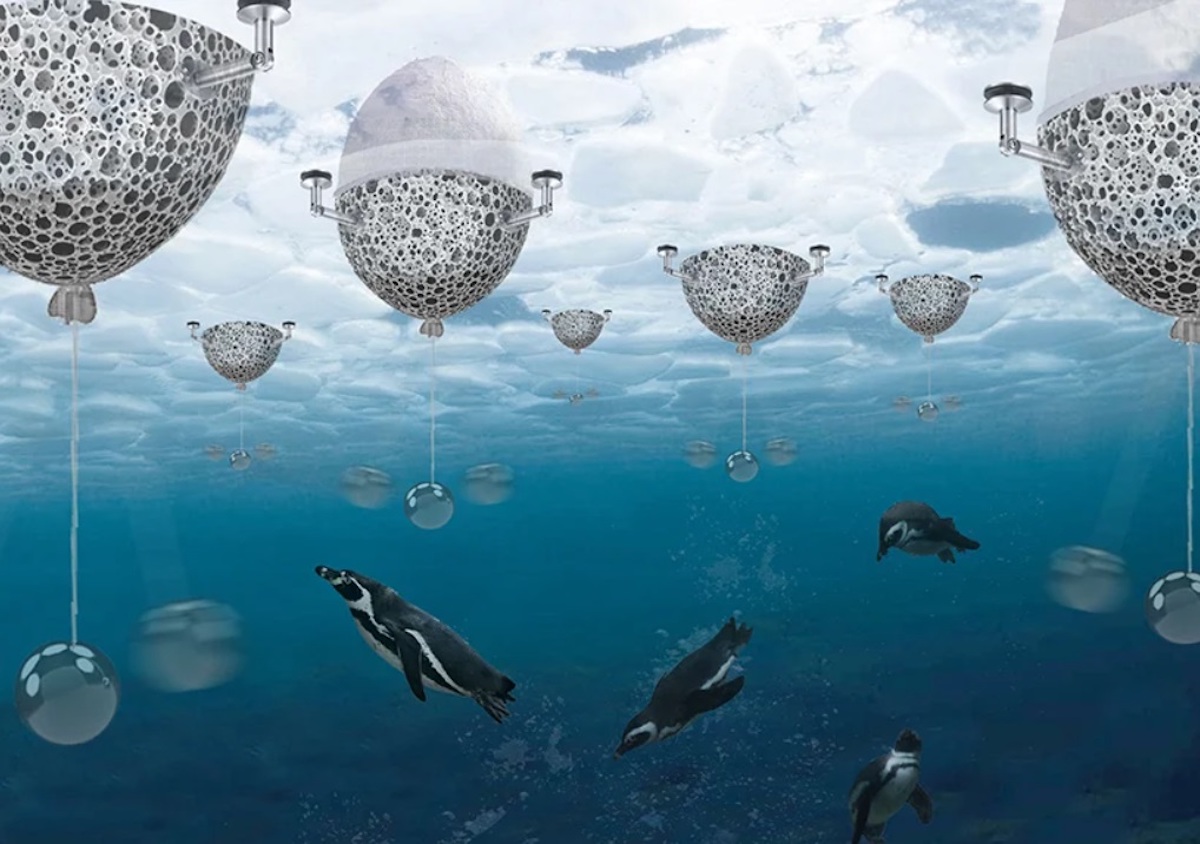 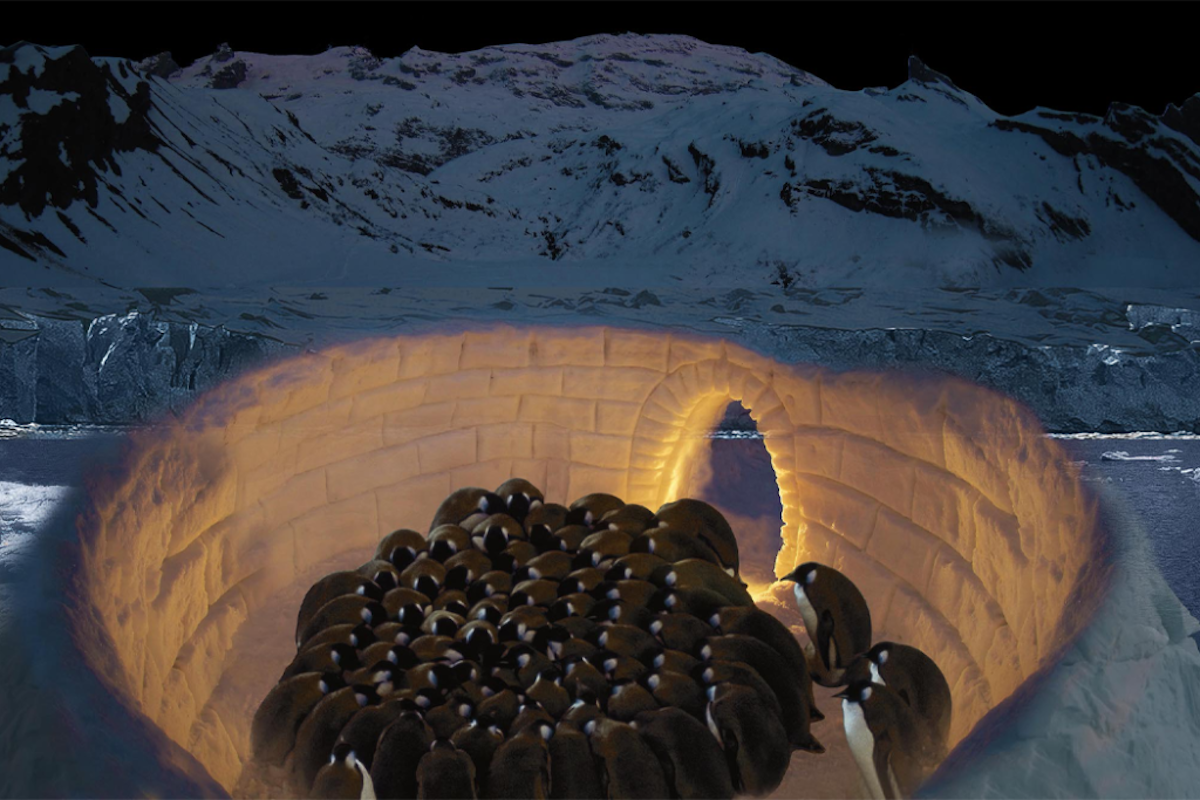 The two-part system is split vertically with an upper igloo shape that serves the penguins and an under-water shell that cools the surrounding water. 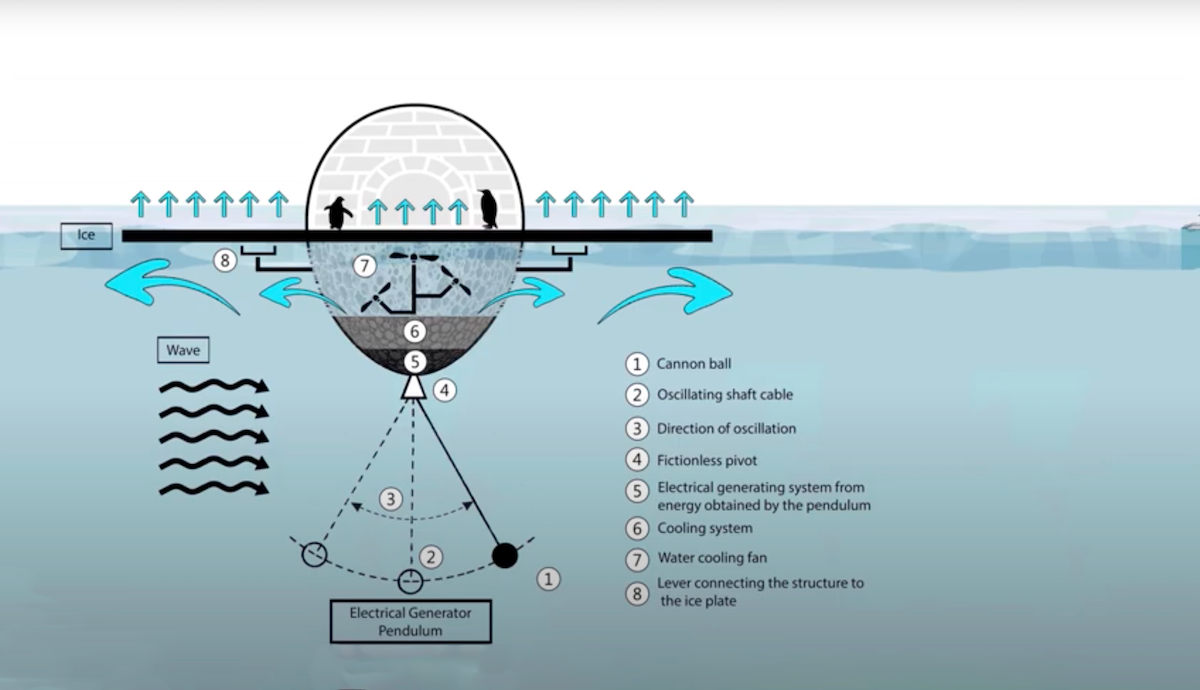 Learn more in the video below:

All photos via Sajjad Navidi.