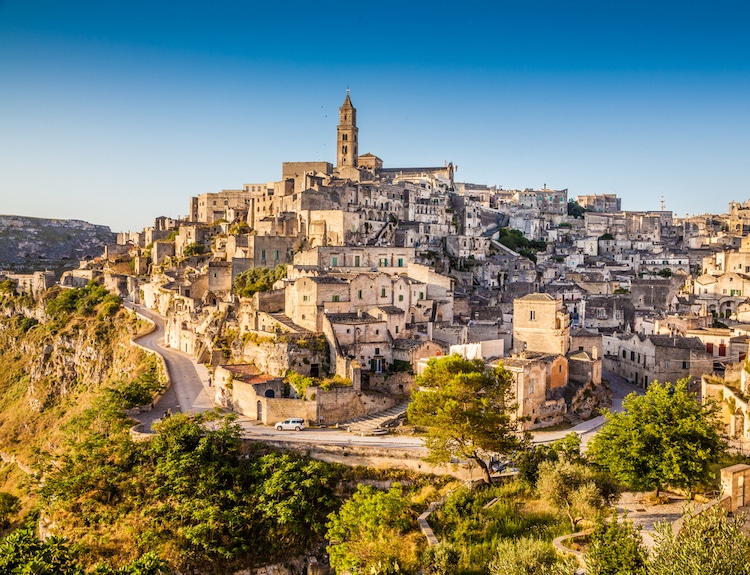 Italy is full of . And while most people are familiar with Rome, Florence, and Venice, there are many hidden gems to explore. Undoubtedly, Matera is one of these gems. This southern Italian town is located in the Basilicata region and is known for its incredible , also known as Sassi.

Dug into the chalky stone that is typical of the region, these dwellings are small caverns that have undergone a series of transformations over the years. These prehistoric cave homes were actually inhabited until the mid-1950s when residents were evacuated due to poor sanitary conditions. In the late-1980s, the Sassi got a revival and has been turned into , guest houses, art galleries, and cultural centers. Matera was even named a European Capital of Culture in 2019 to solidify its return to glory.

While scholars aren’t completely sure when these cave dwellings were first occupied, it’s believed that the town was settled as early as the 10th millennium BCE. This makes Matera one of the earliest places in the world to be continuously inhabited. Over history, Matera has been occupied by Greeks, Romans, Bourbons, and many others. Hollywood has also been drawn to Matera’s unique beauty, with films such as No Time to Die, Wonder Woman, and The Passion of Christ using it as a key location.

Today, Matera is divided between the ancient town that includes the Sassi and the modern city. The Sassi sit on a rocky outcrop above the town, almost as a symbol of regeneration. These dwellings, which were once riddled with poverty, have now been reborn. With a thriving arts community and tourism center, Matera is one of southern Italy’s fastest-growing economies and is an example of how history can be preserved while still moving forward into the future.

Matera is a town in southern Italy known for its ancient cave dwellings. 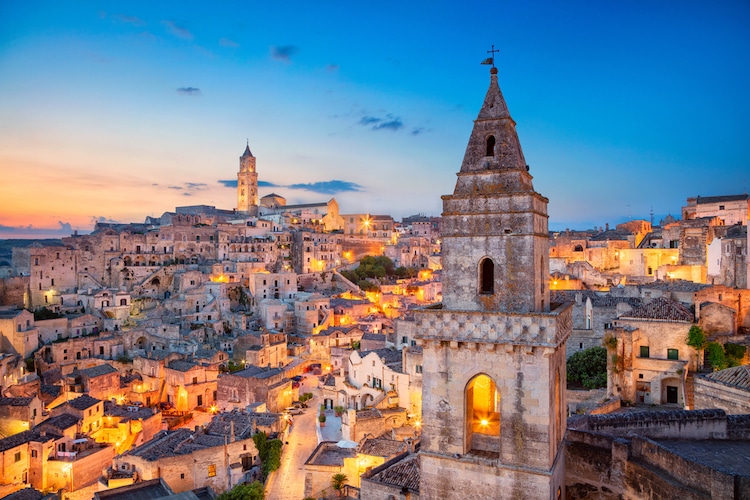 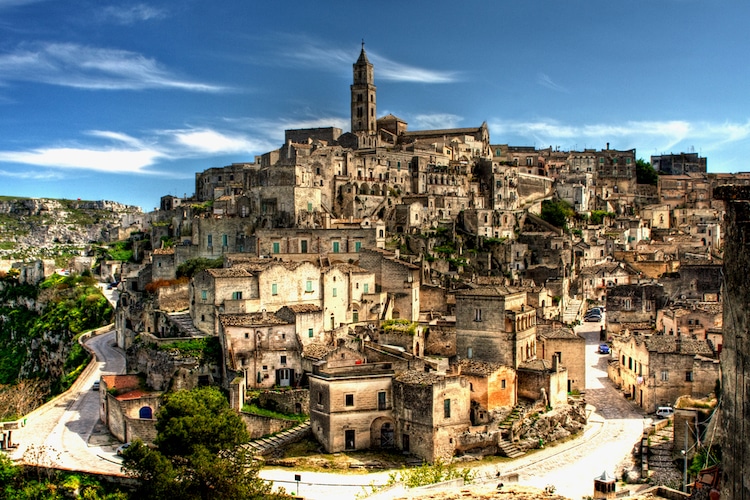 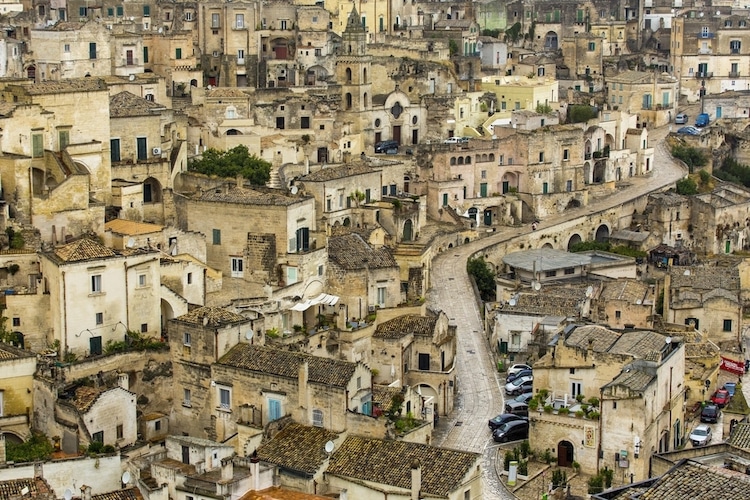 The cave dwellings—or Sassi—are dug into chalky stone and have recently been revitalized. 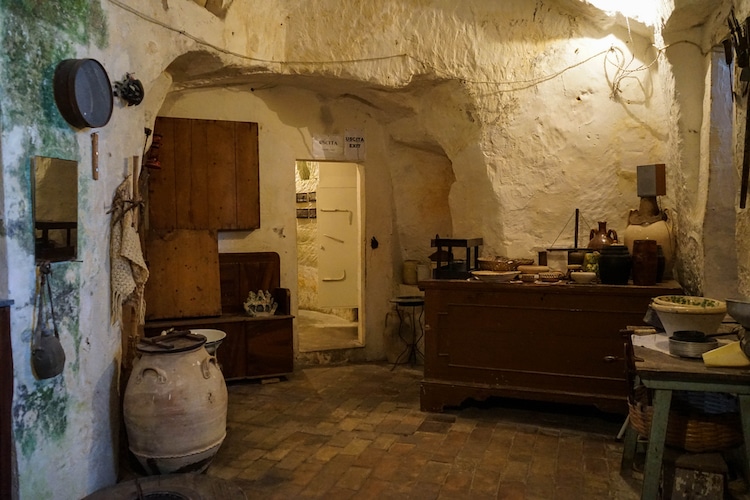 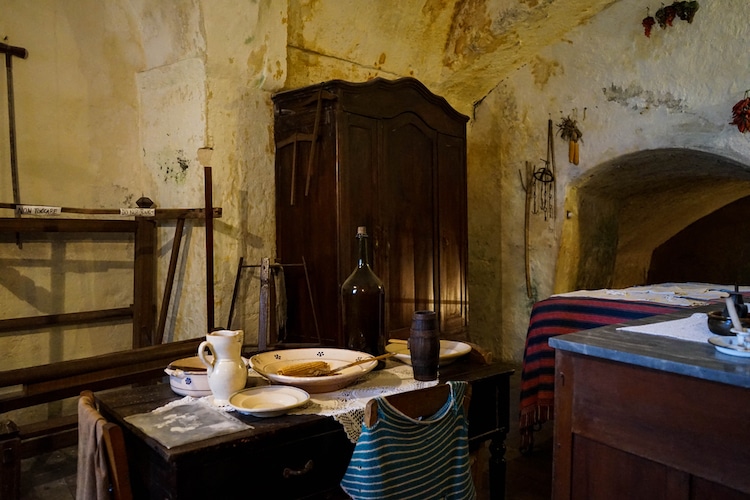 The picturesque town is one of the oldest continuously inhabited places in the world. 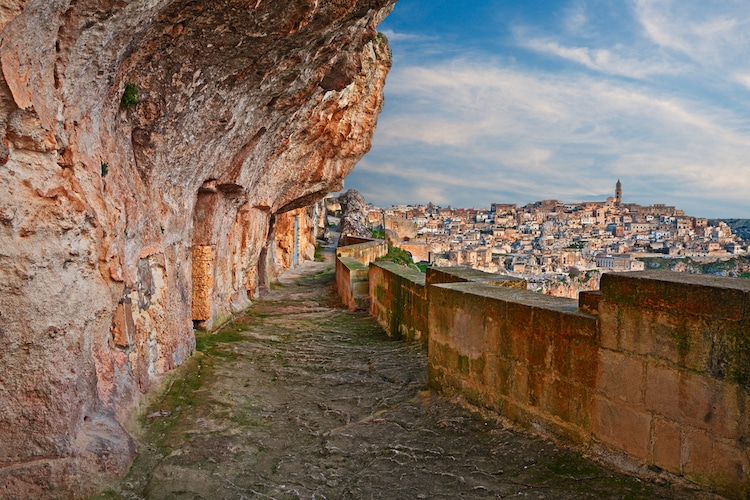 In 1993, the Sassi were named a UNESCO World Heritage Site. 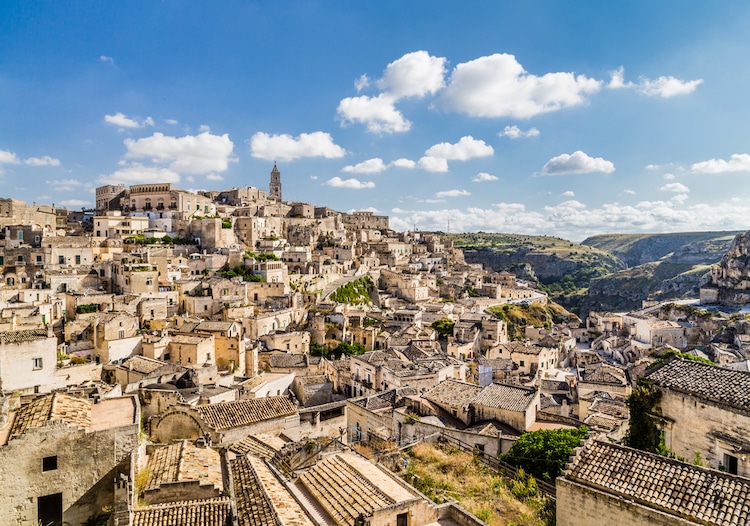