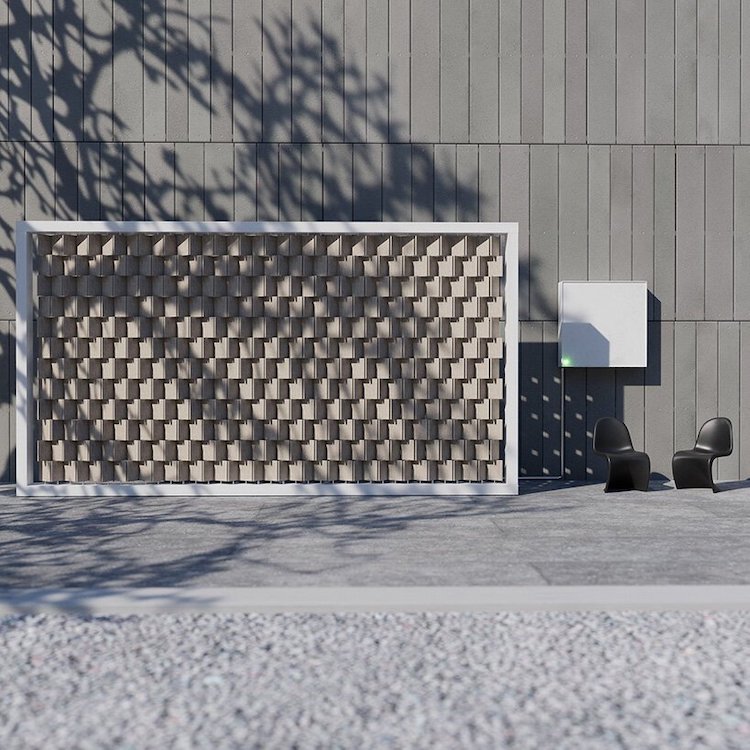 Solar panels are often seen as a good source of renewable energy for homes, but an even more efficient and cost-effective method is frequently overlooked—wind power. Harnessing the wind is an incredibly powerful way to create energy, but we mainly think of wind power in terms of large turbines set up in the ocean or in open fields. But now, designer is looking to help homeowners become more energy-efficient while adding a touch of beauty to their residences. His Wind Turbine Hall doubles as a kinetic sculpture and wind turbine wall.

Sleek and discrete, the wall is made up of individually spinning blades that are hooked up to a generator. Currently, Doucet’s wall is 8 feet tall and 25 feet wide, but is designed to scale up. He’s using off-the-shelf wind turbine generators with a central spinning blade and plans to create a lightweight frame that would allow the structure to go up an entire wall. It’s an ingenious idea that opens up new possibilities for wind energy. No longer the eye-sore that many people imagine, these turbines actually bring visual interest to the area and enhance the environment.

“There are a lot of reasons why wind farms are in the ocean,” Doucet. “These are massive towers; you’re not going to see them littered around the cityscape.” But Doucet’s creation is actually built to live in any situation. Though there’s a lot of wind on the open water, urban environments can also see their fair share of gusts. The designer also sees big potential along highways, where his creation could be installed along retaining walls. “With the added wind boost from trucks,” he explains, “our highways could take care of all our energy needs.”

Though Wind Turbine Hall isn’t currently on the market, Doucet says that he’s in talks with several manufacturers, so that could change soon. His creation proves that with a little creative thinking, generating electricity from renewable sources isn’t as difficult as you’d think.

Joe Doucet has created a Wind Turbine Hall using blades hooked up to a generator. 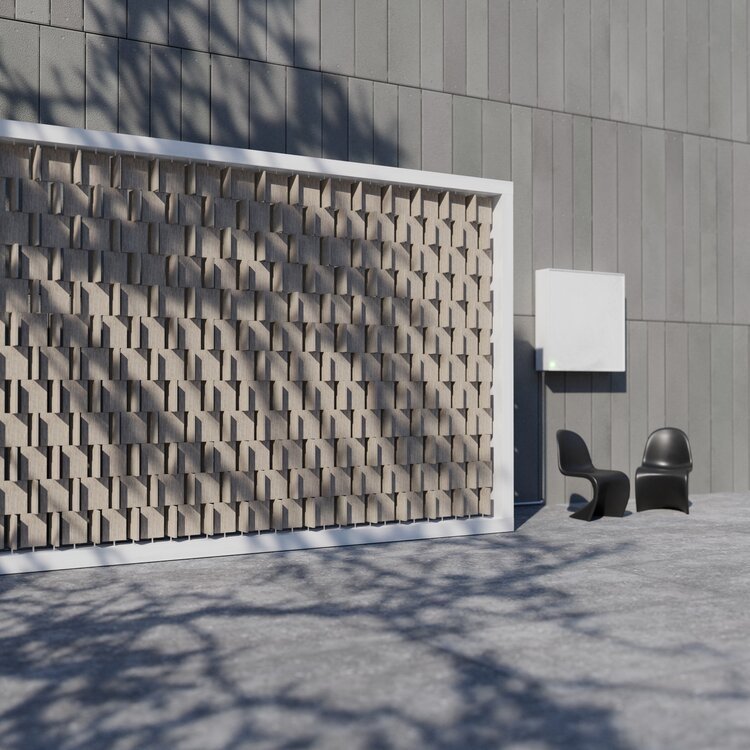 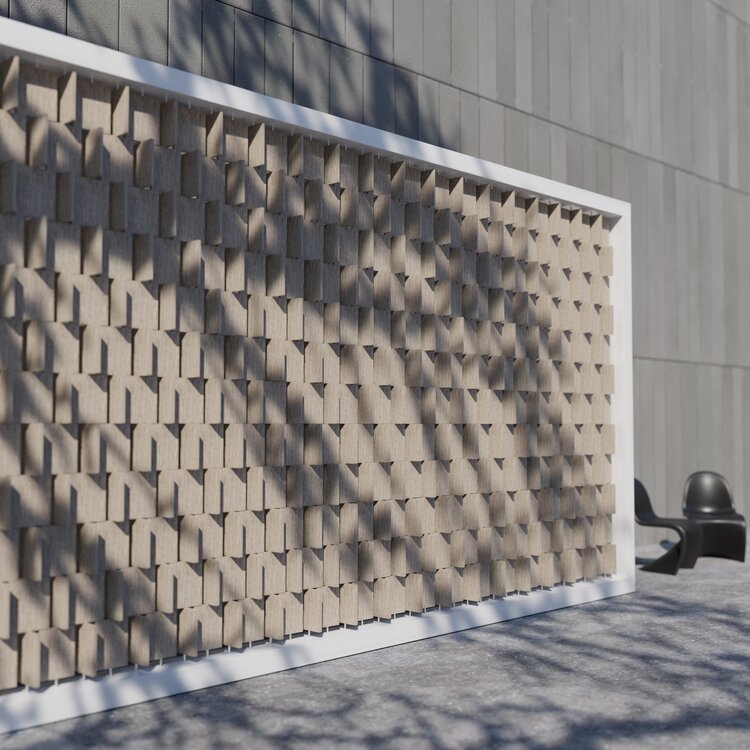 Watch the designer’s creation, which looks like a kinetic sculpture, in action.

All images via Joe Doucet.