This sustainable floating luxury hotel powered by clean energy has a revolving platform & is mobile! 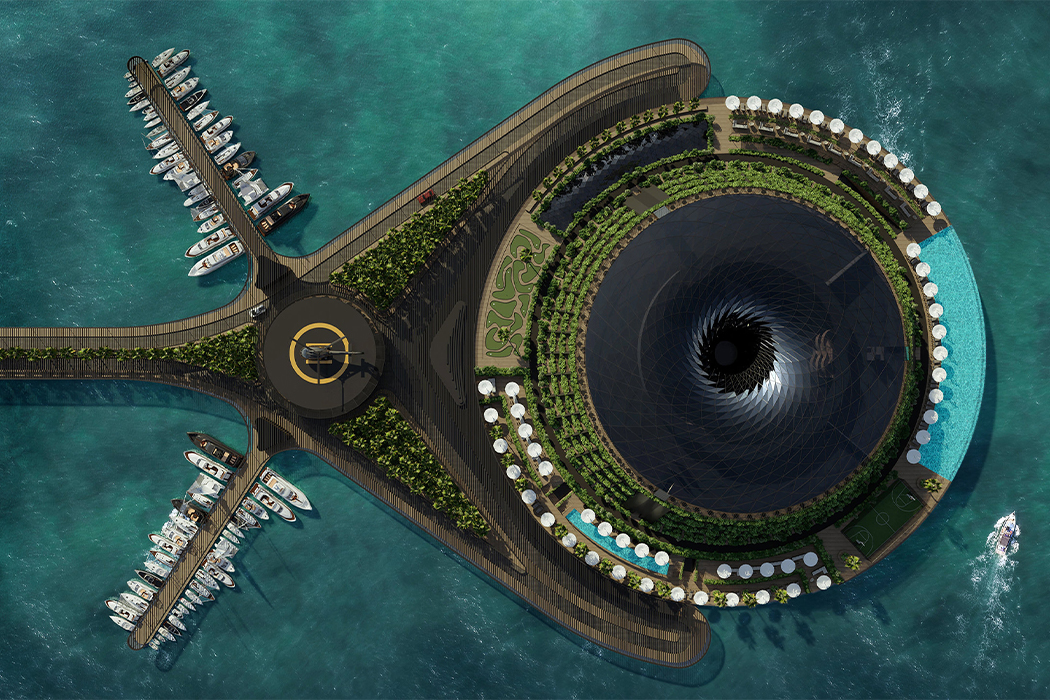 This Eco-Floating Hotel in Qatar is raising the bar for eco-friendly travel and tourism! Powered by wind + solar energy it also features tidal sustainability mechanisms and a revolving restaurant to give you ALL the best views. Designed by Hayri Atak Architectural Design Studio (HAADS), the hotel would span over 35,000 sq m (376,000 sq ft) and house 152 rooms. The giant glass donut-shaped structure has a lush green cover integrated into its exterior and a mesmerizing indoor waterfall with a huge vortex-like glass roof.

Sustainability is at the core of this project and all of the design details are centered around it. The vortex shape of the roof will actually be used to collect rainwater for irrigation and more while solar panels + wind turbines will provide clean energy. Even the water current will be harnessed with a tidal energy system so when the hotel turns it can produce power similar to a dynamo. The hotel also intends to purify seawater and treat the wastewater it produces so it doesn’t harm the environment. Speaking of waste management, the team aims to develop waste separation units for efficiency and to use them as fertilizer in the landscape for the recycling of substances such as food waste.

With the aim to create maximum benefit towards maintaining ecological balance, the hotel will use a green energy production method called vawtau (vertical axis wind turbine and umbrella) which works as a wind turbine on the vertical axis and it has a function as a sun umbrella on the coastal band. Up to 25 kW of electrical energy can be obtained from each of the 55 vawtau modules which use wind flow caused by temperature difference in sea and land as its working principle. The greenery will help in regulating the temperature while also maintaining the flow of fresh air naturally.

The hotel will be located just off the shore and on a series of floating platforms and guests can access it via the 140-degree connecting pier, a boat, or a helicopter. The rotating platform will move very slowly – one revolution will take 24 hours – so guests won’t be dizzy and can enjoy the amenities like the spa, the pool, mini-golf, and the gym. The rotating movement is controlled by a dynamic positioning system that consists of a series of thrusters and propellers just like the ones that help ships stay on the right course. A luxurious 700 m2 lobby sits in the center featuring transparent vertical surfaces that let in natural light and give a light, airy, flowing visual effect. Each room comes with its own balcony and will offer different perspectives of the hotel and the views as it rotates slowly.

What makes it interesting is that although Eco-Floating Hotel is a project whose first leg is planned to take place in Qatar, the team is designing it in a way that it can be taken to different places with special mobile features. “Our team is working and studying with technical consultants and experts from different fields. This project adopts the motto of minimum energy loss and zero waste as a principle according to the design approach it has put forward. Due to its characteristic moving feature, it generates electrical energy by rotating around its position according to the water flow and provides users with different perspective experiences,” says HAADS.

It was inspired by the sea with which it is associated in every sense especially in its shape which was guided by whirlpools. Whirlpools form a rotation around themselves in a regular flow and that is reflected in the hotel’s shape which seems to have risen with its borders and evolved into a structure. The idea of the whirlpool also inspired the rotating platform and revolves around itself within the framework of controls in order to ensure electrical energy efficiency and everchanging panoramic views. Eco-Floating Hotel aims to minimize its intervention in the ecological balance by not using fossil fuels at any stage. These are all ambitious integrations and HAADS mentioned that feasibility and technical studies are currently ongoing to try and make this a reality by 2025. 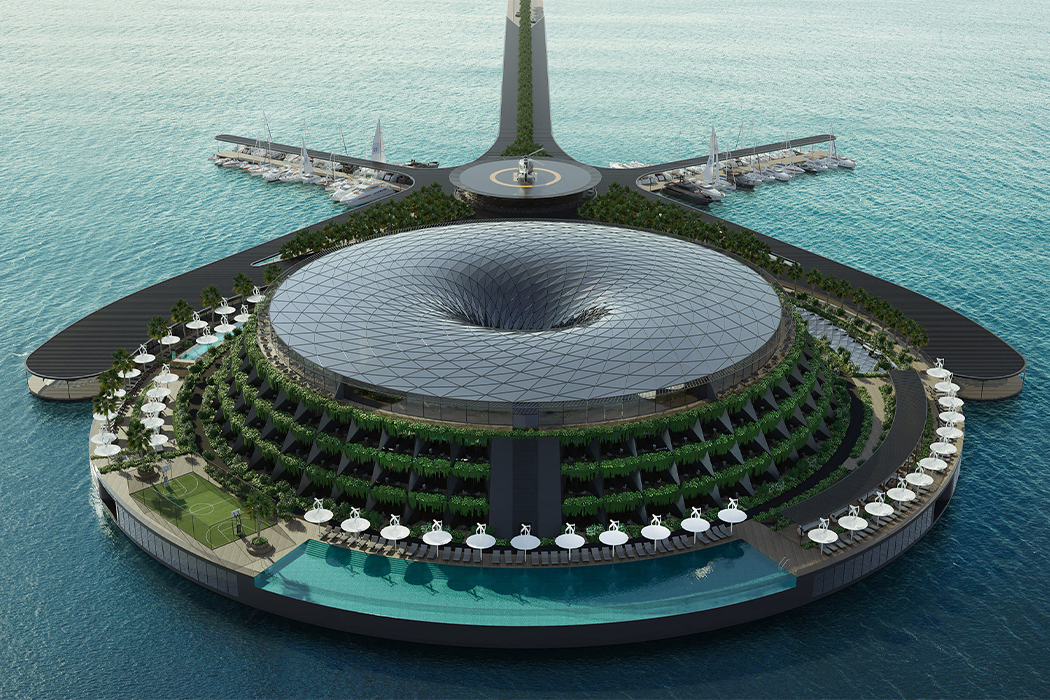 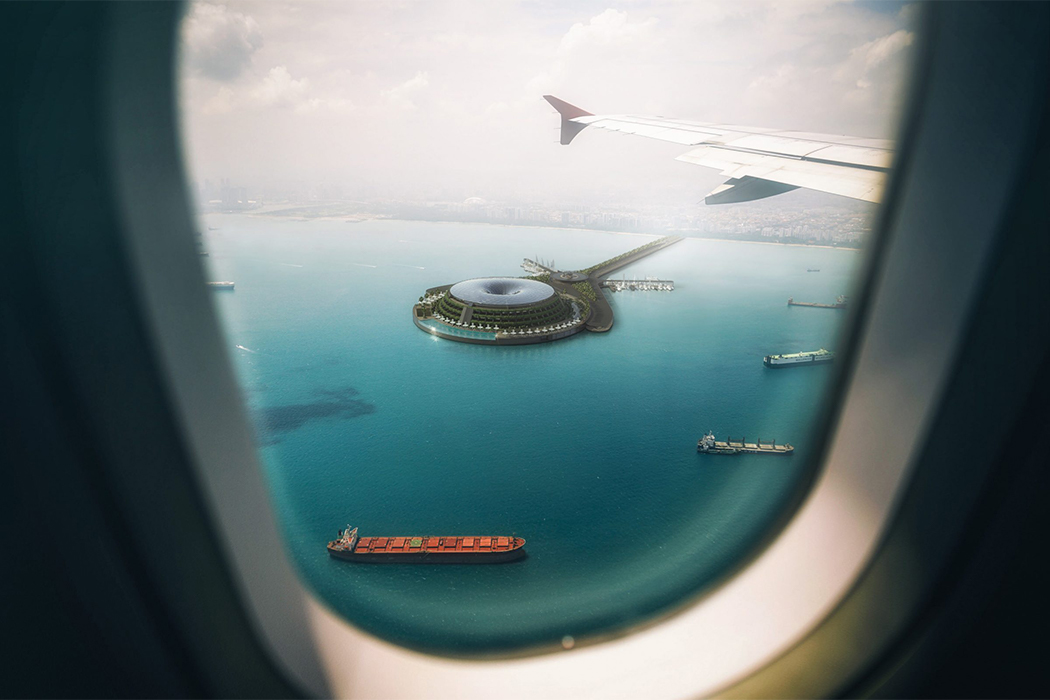 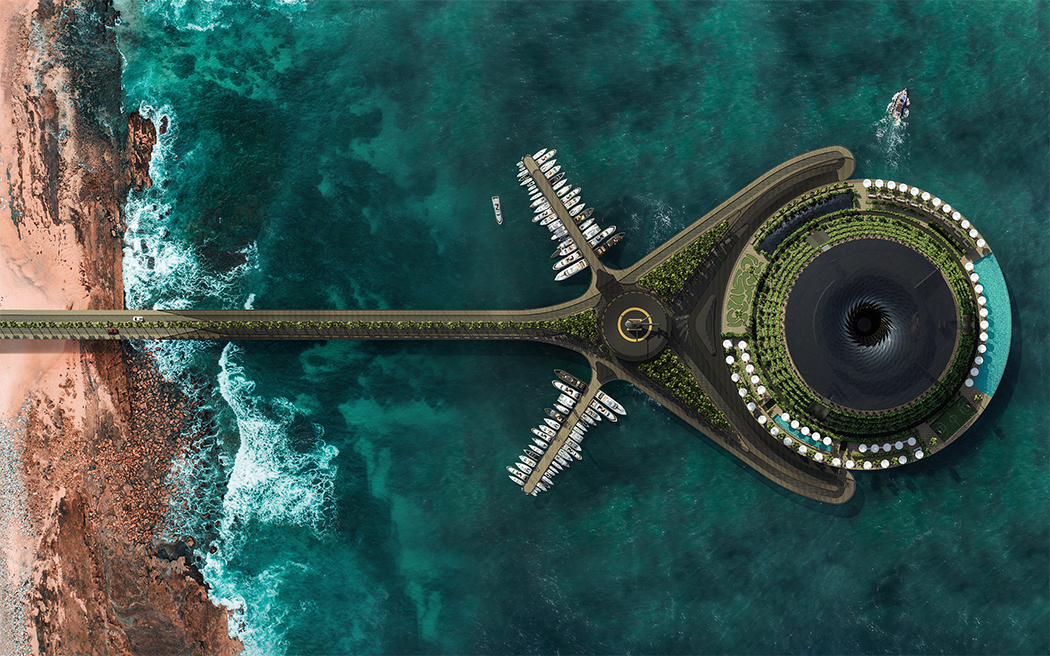 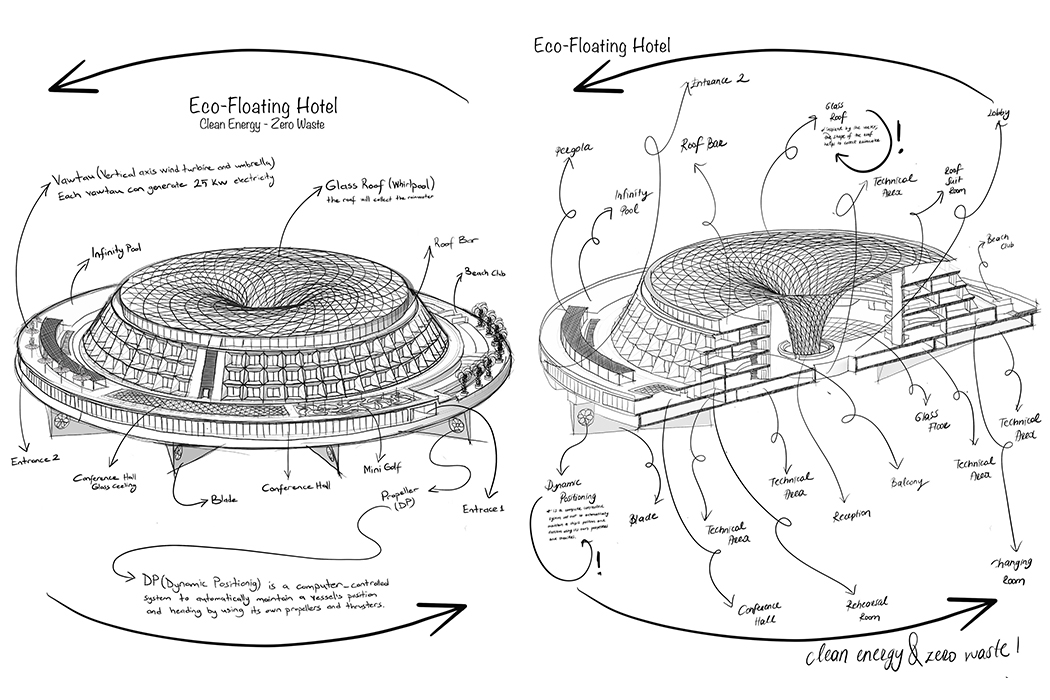 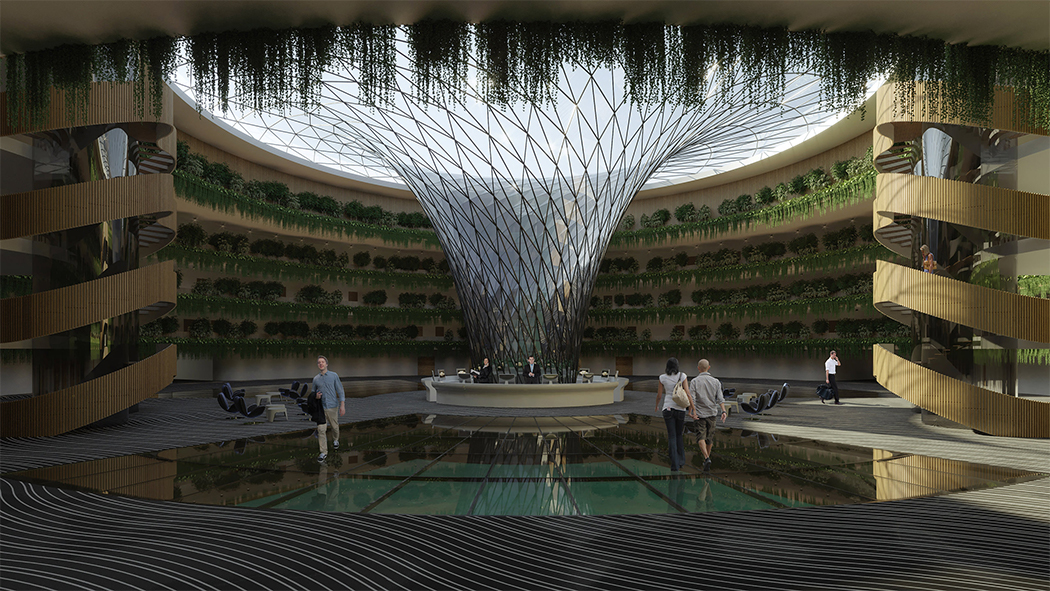 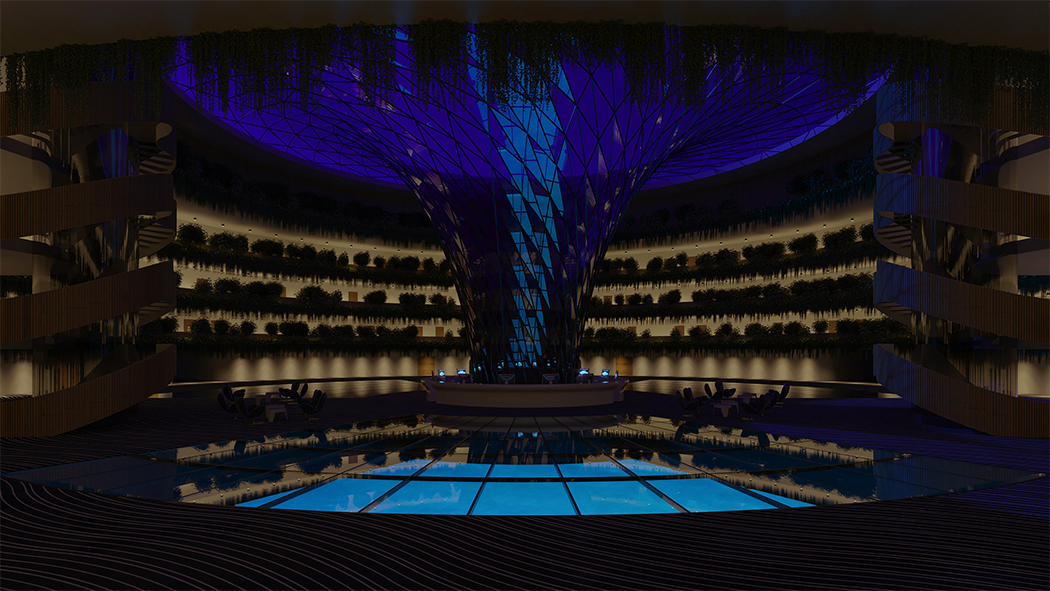 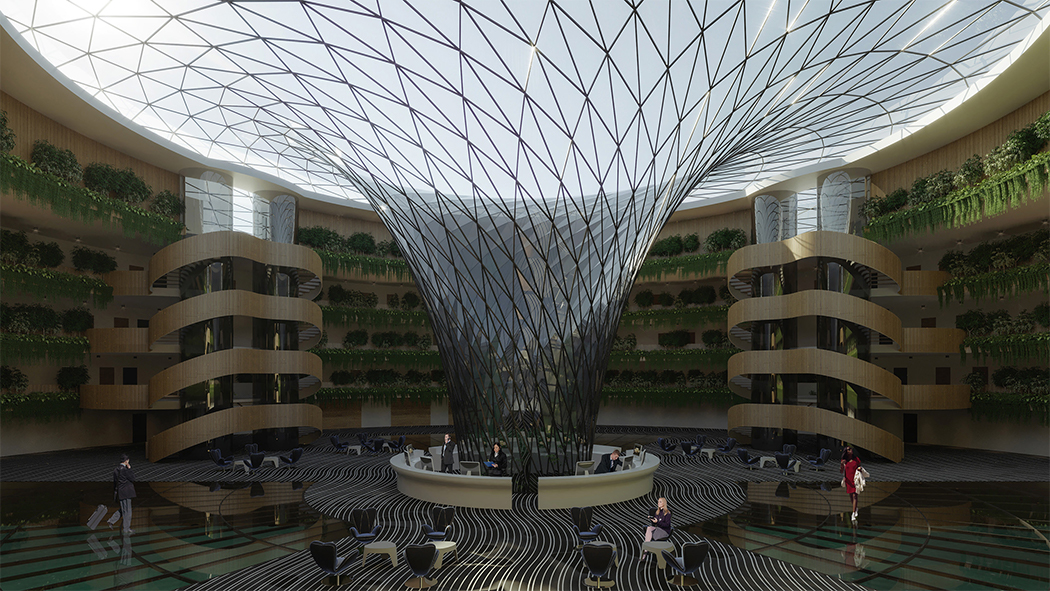 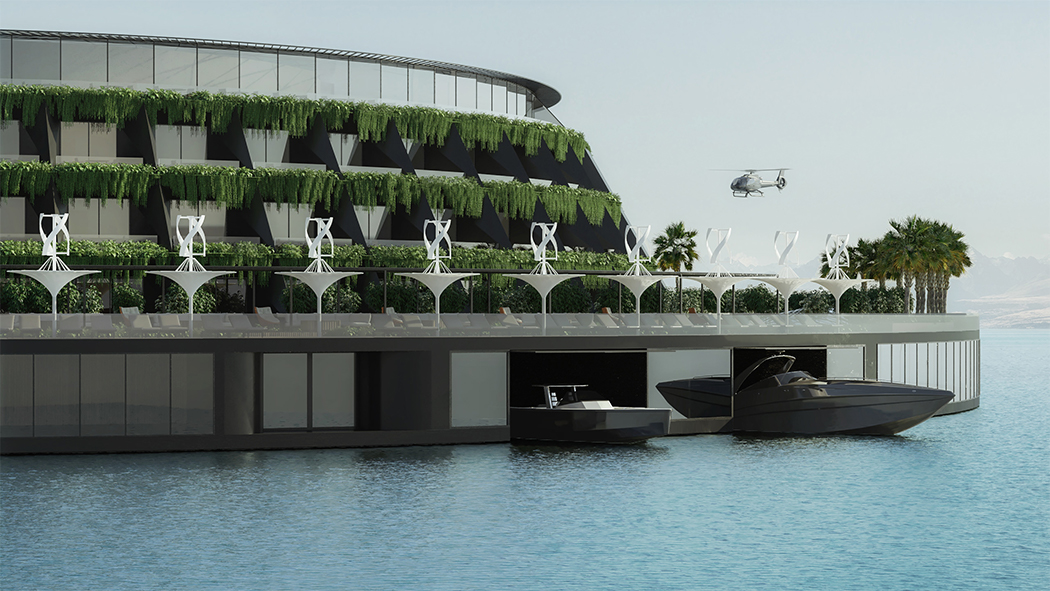 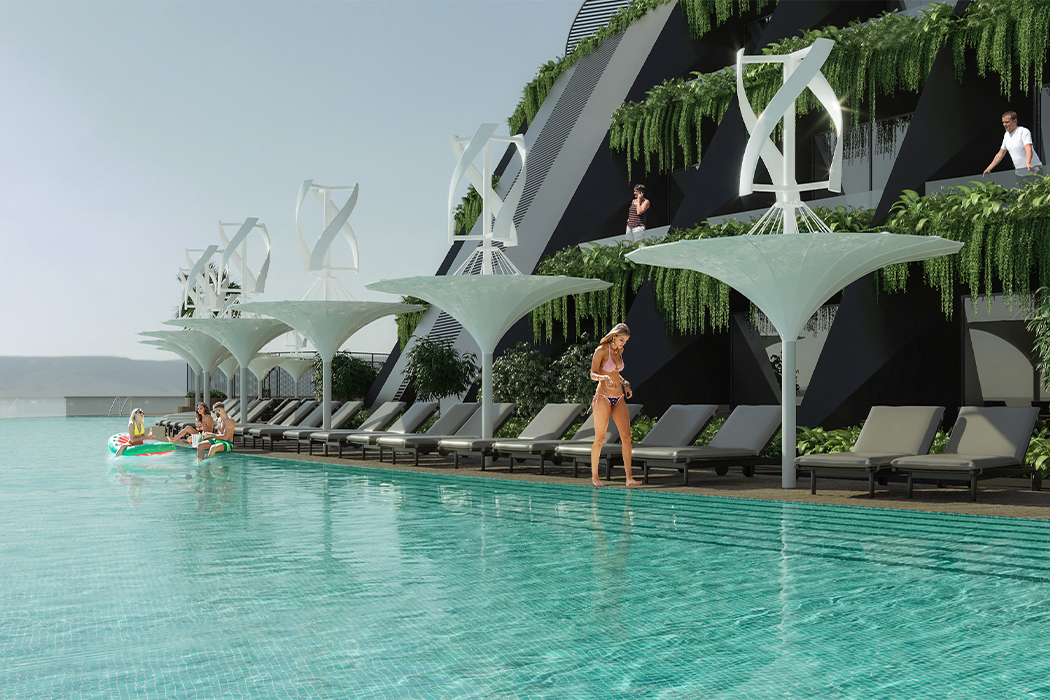 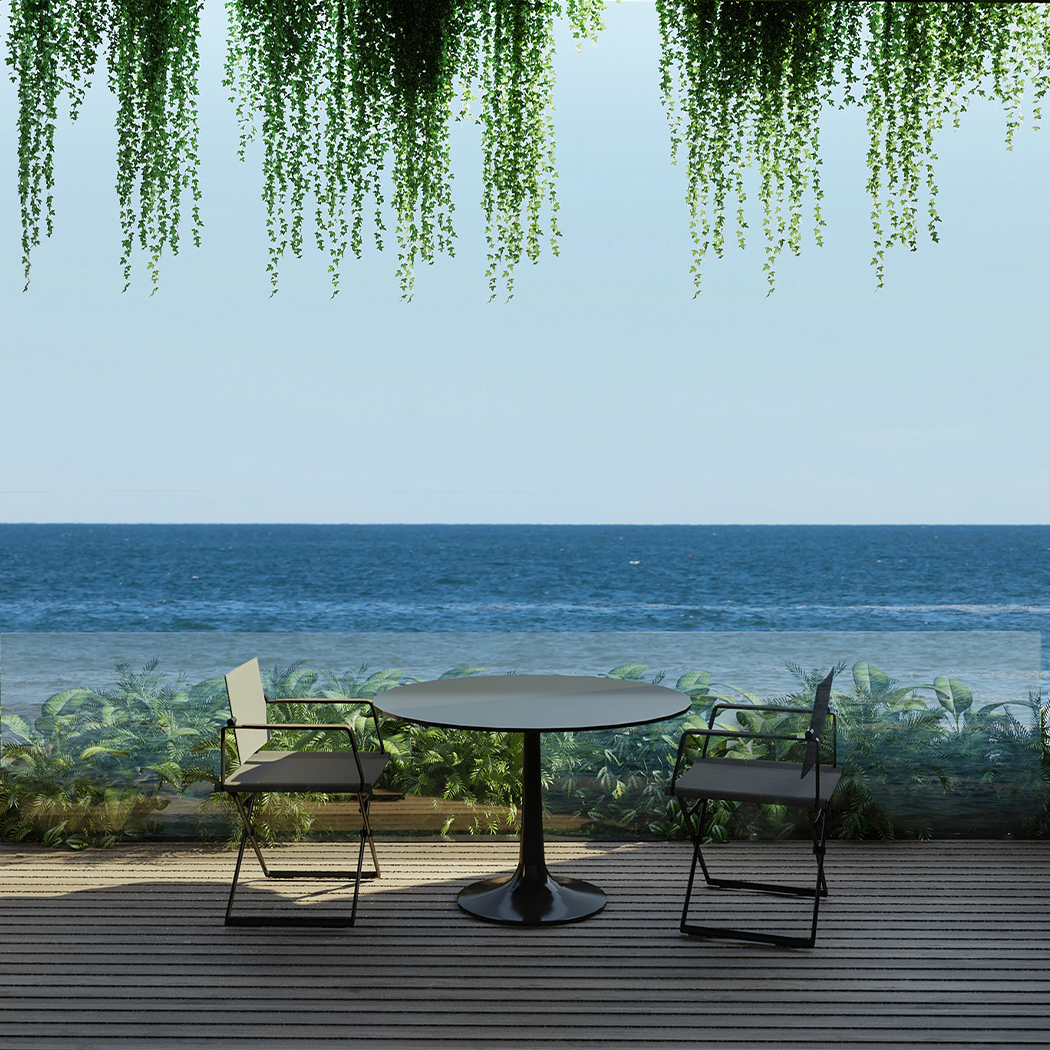 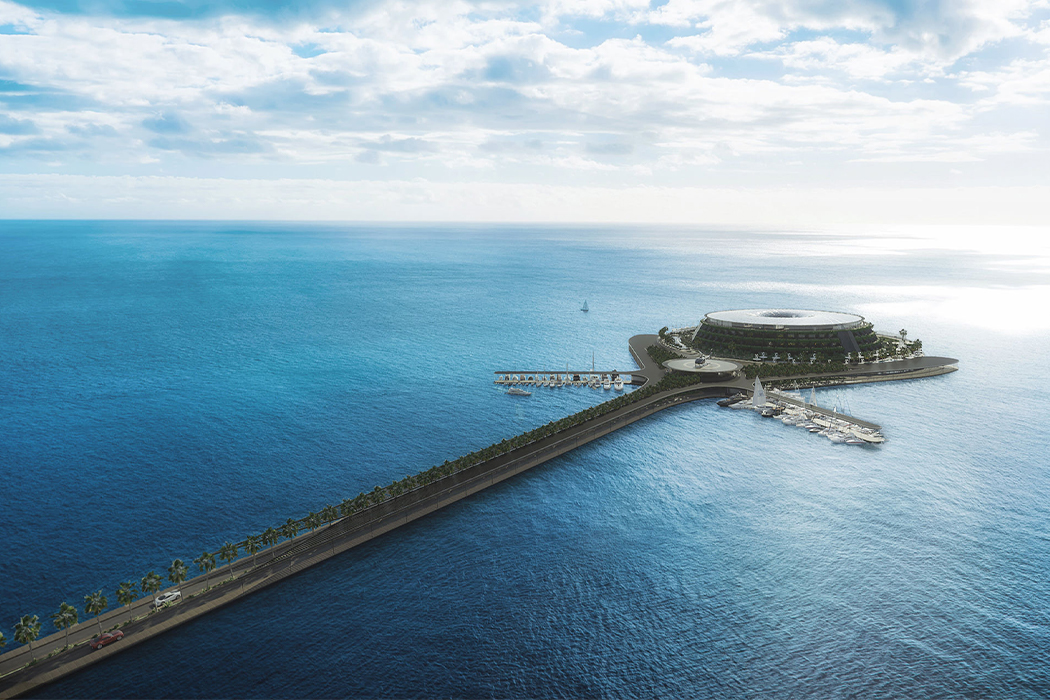 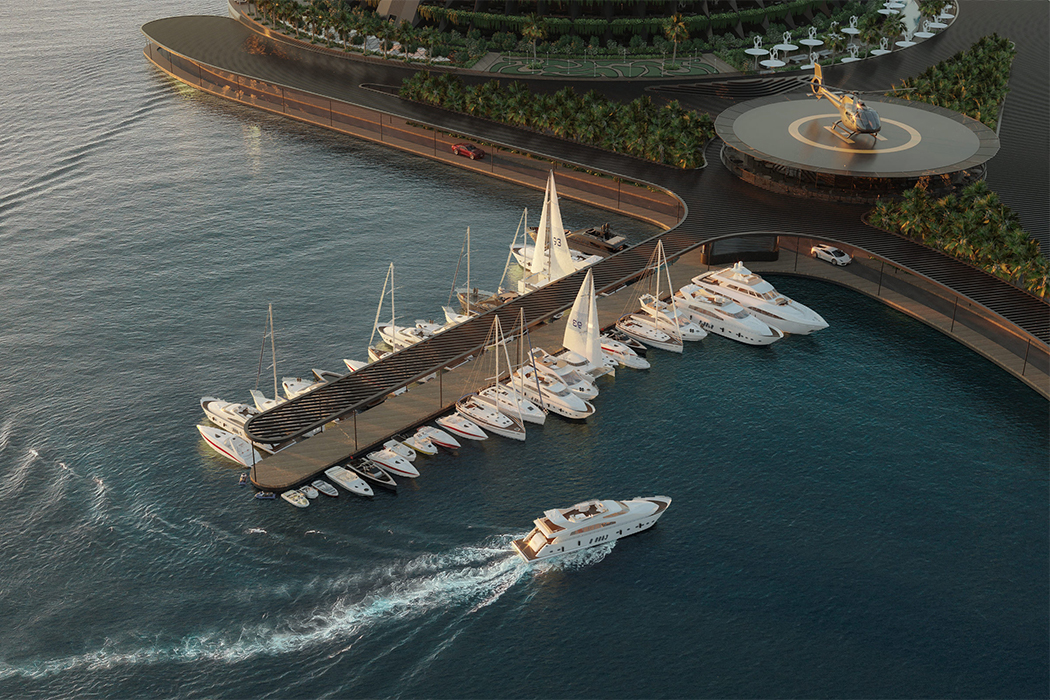 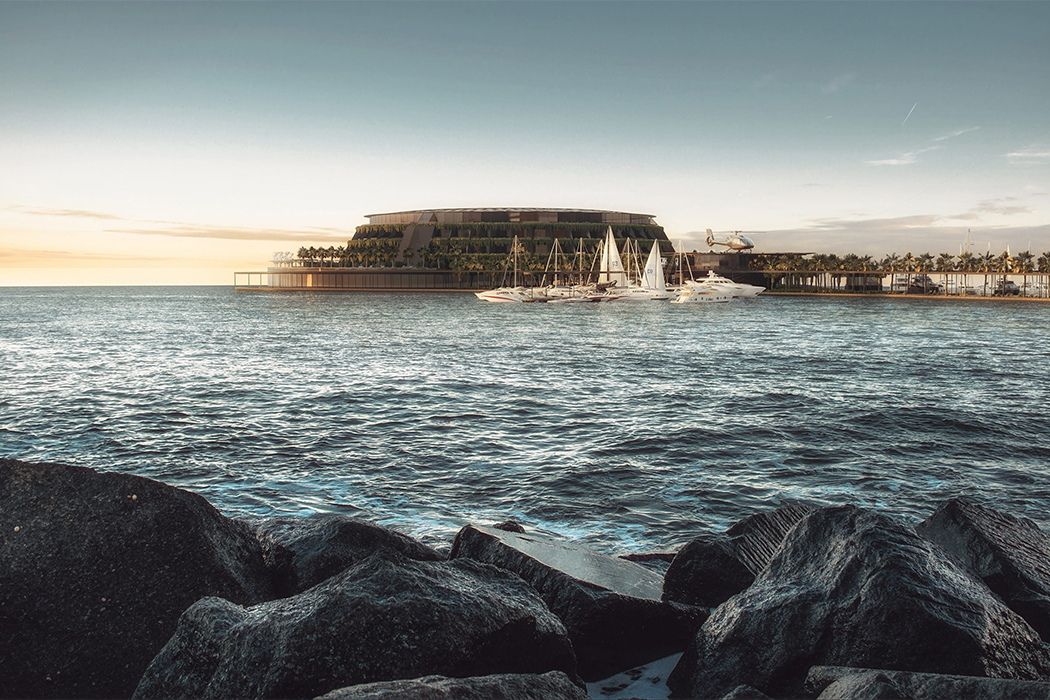