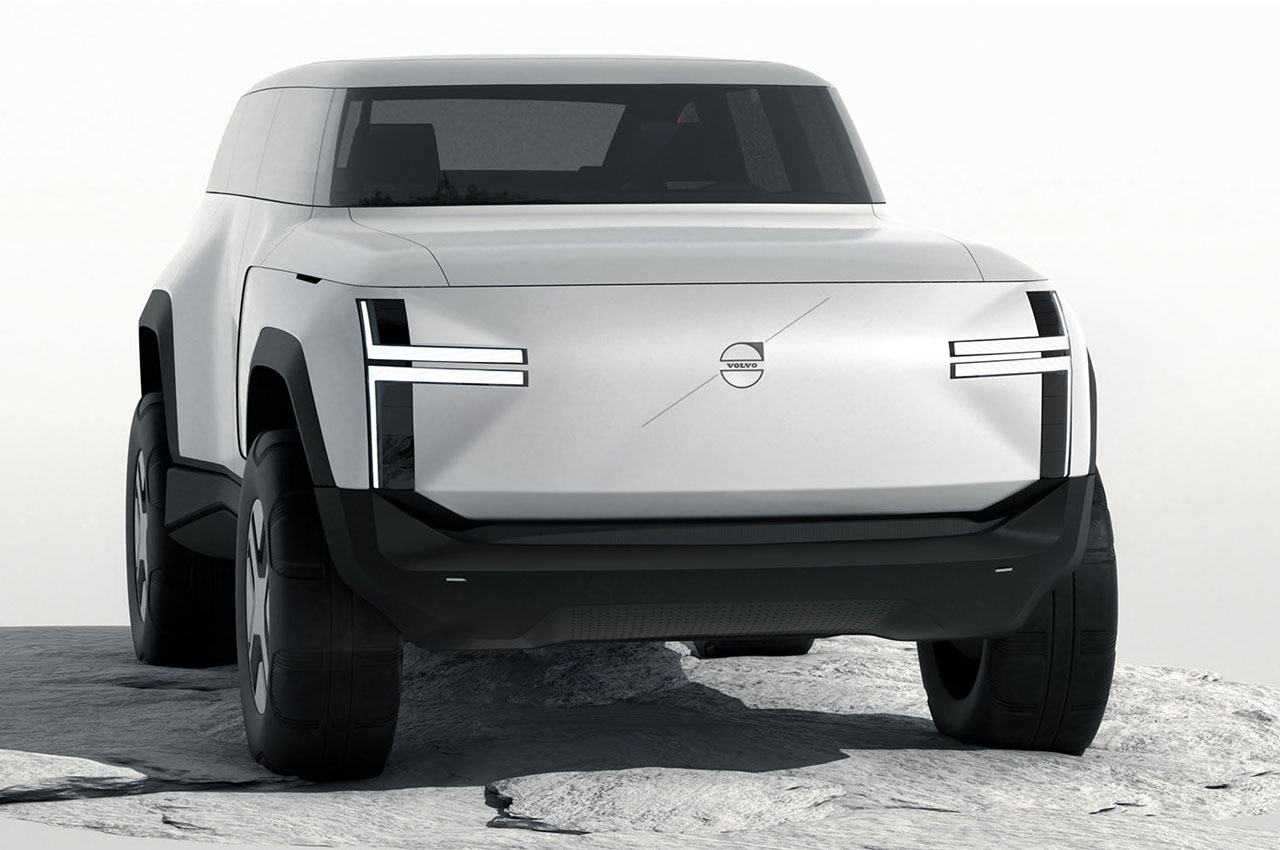 A off-roading concept directly pitted against the bold which has been capturing our imagination ever since we first laid our eyes on it. Also, the Volvo XC looks to rival the eye-popping that debuted at SEMA Show in Las Vegas.

The bold Scandinavian design of the Volvo concept pictured here is apparent in the clean surfaces with a fused geometry of the simple shape. This dominating design language brings a timeless sophisticated look to Volvo XC. Automotive designer Chris Lah likes to express his digital creation’s visual domineer as comparable to the solid mass of Thor’s hammer and shield. It’s fluid yet rugged according to him. The front section of the electric Volvo SUV has a bullet profile for the nose – lending it an intimidating form. Since the SUV is electric powered, the front grill section is covered off. Bold Fender design is oriented and contrasted with a simple boxy geometric volume for a modern yet robust persona. 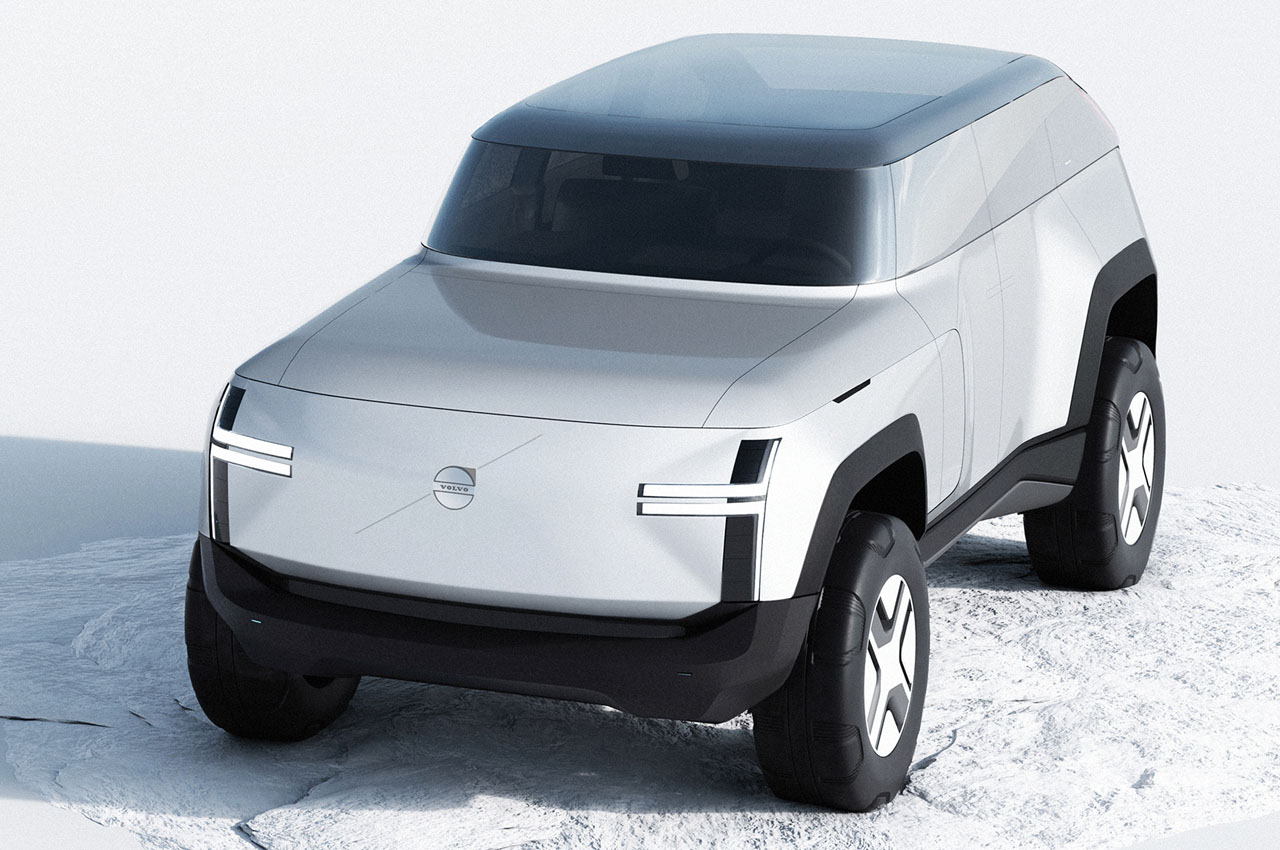 The panoramic windshield follows back to the rear of the car giving it a very airy feel on the inside, and a modern stance. This is in tune with the designer’s motive to create a vehicle that reflects the Scandinavian culture about being outdoors and enjoying nature. One cannot help but express respect for the monolithic gesture extenuated by the strong vertical and horizontal axis. As a result, the Volvo XC SUV turns out to be a minimalistic vehicle that builds on the Volvo DNA. Chris doesn’t hint about the positioning of the electric drivetrain or the electric battery, but the big hood suggests it is somewhere underneath it. Will it have space to keep things like luggage or other essentials for an extended trip, is still in the dark. 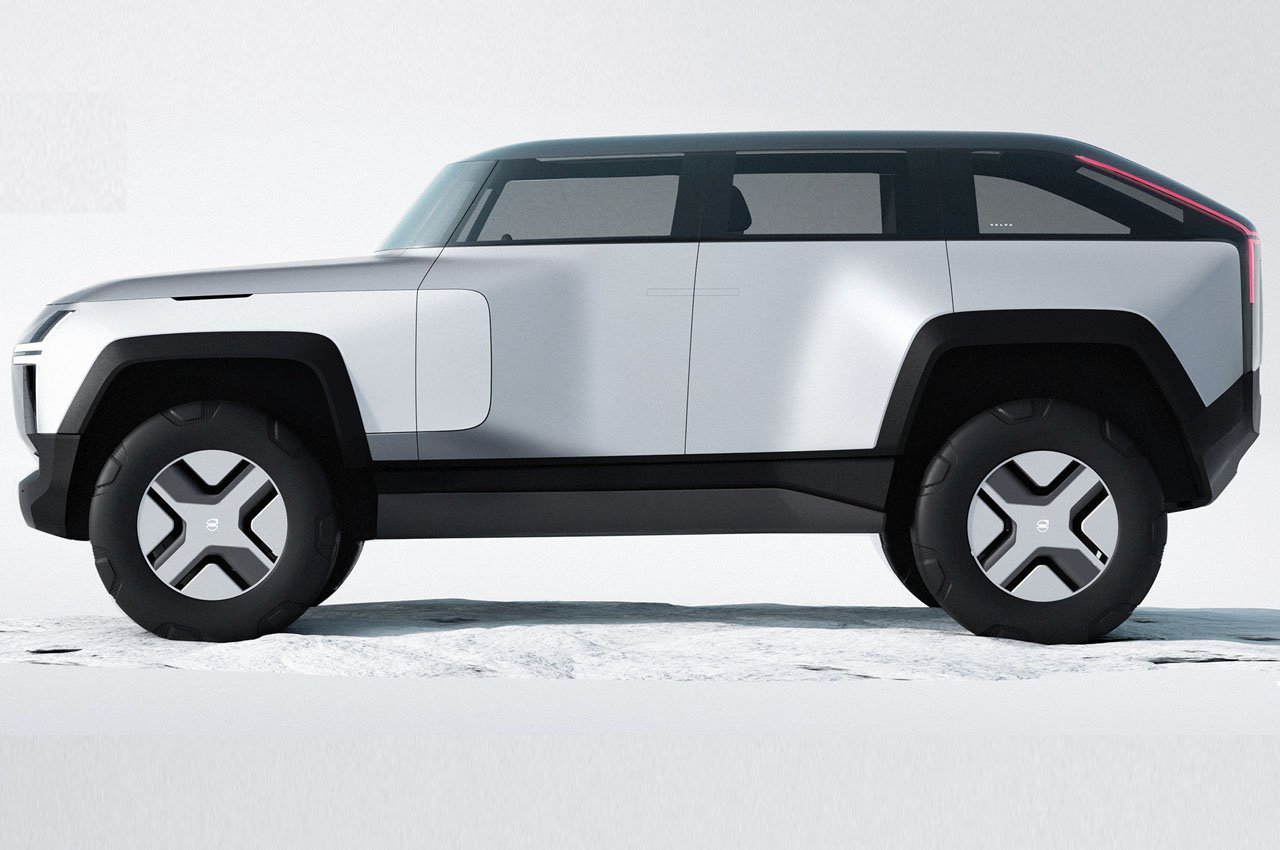 The headlights are designed in a way to let the air pass through to the batteries to keep them from overheating – thereby preventing temperature-related degradation in the performance of the battery. High ground clearance and a big chunky set of wheels on the electric SUV won’t stop me from categorizing it as a capable off-roader. I don’t see it struggling for grip or traction on tough terrain or slippery surfaces in rain or snow. In fact, it could be as capable as the Cybertruck or Chevy Beast! 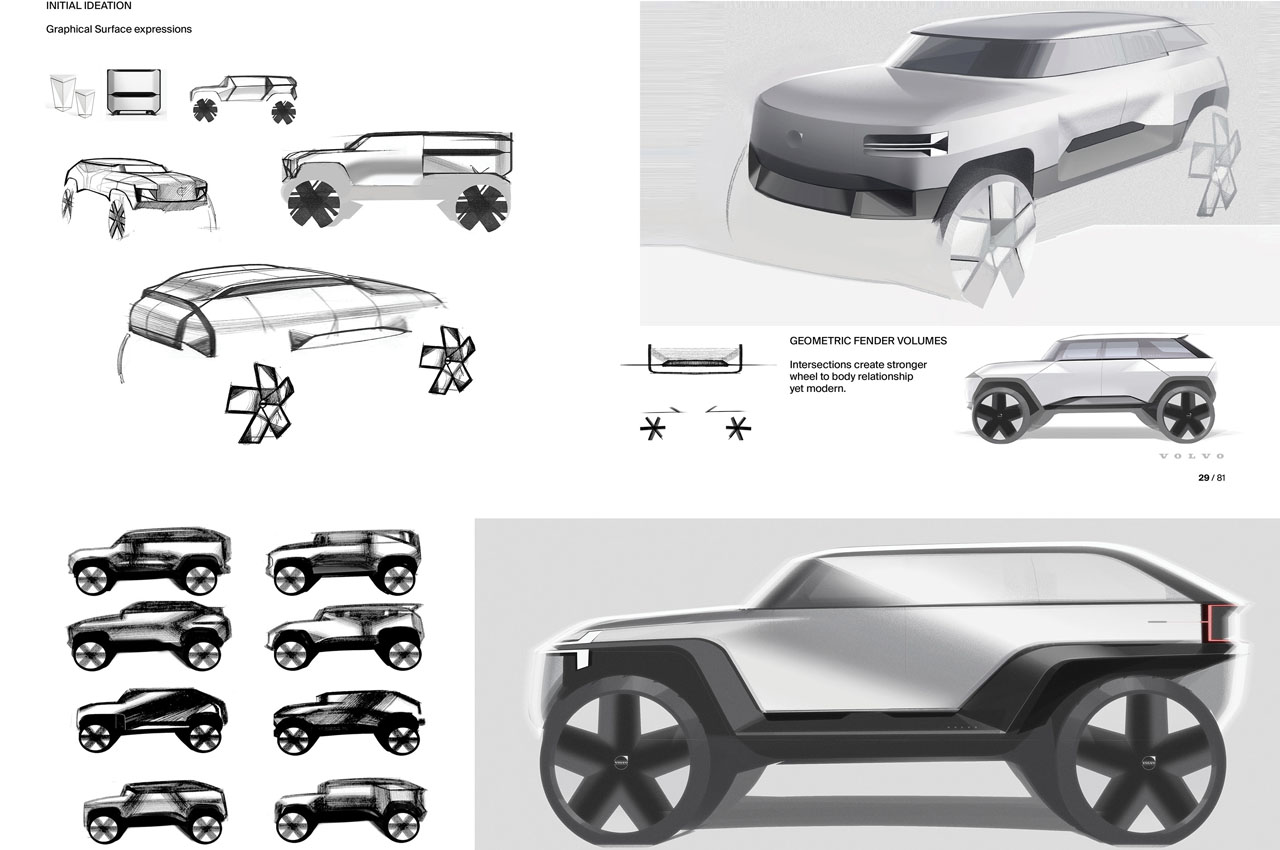 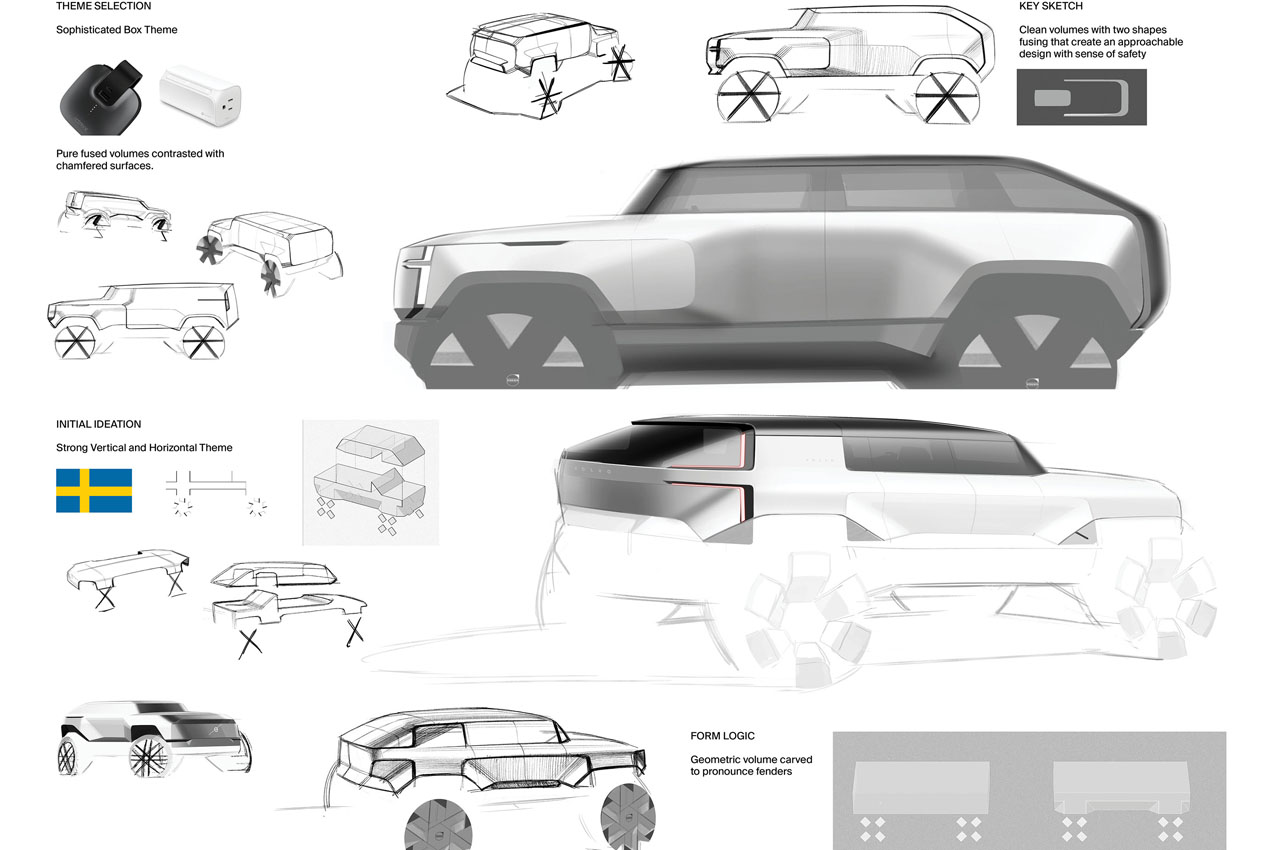 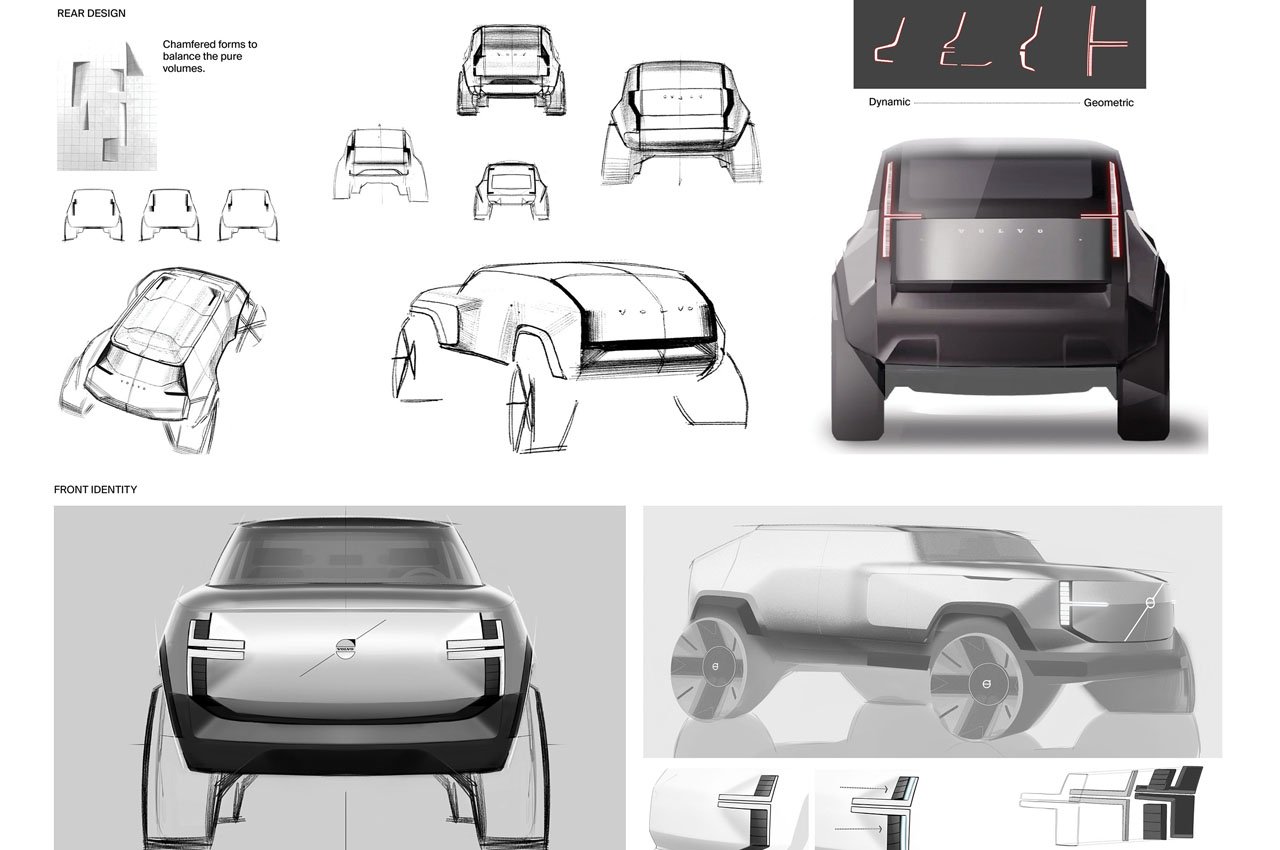 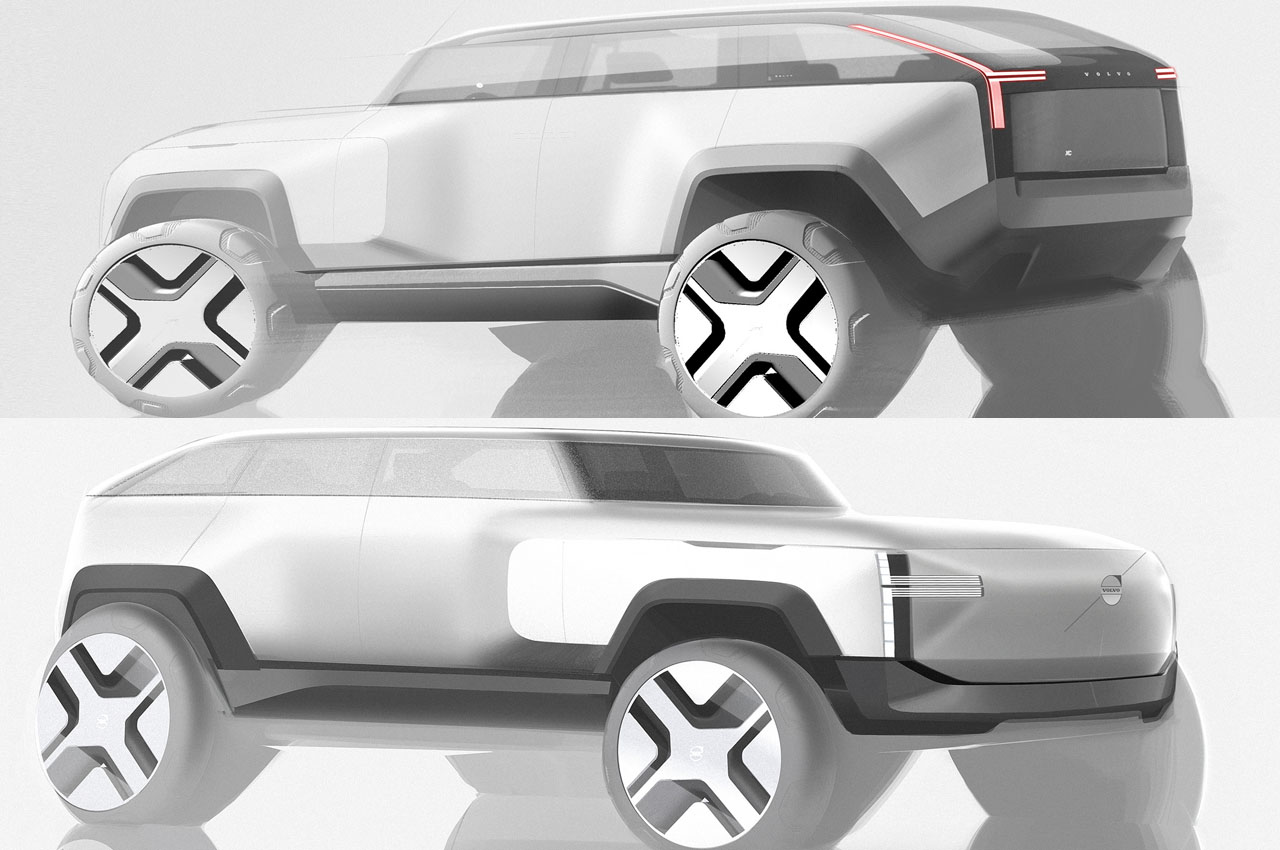 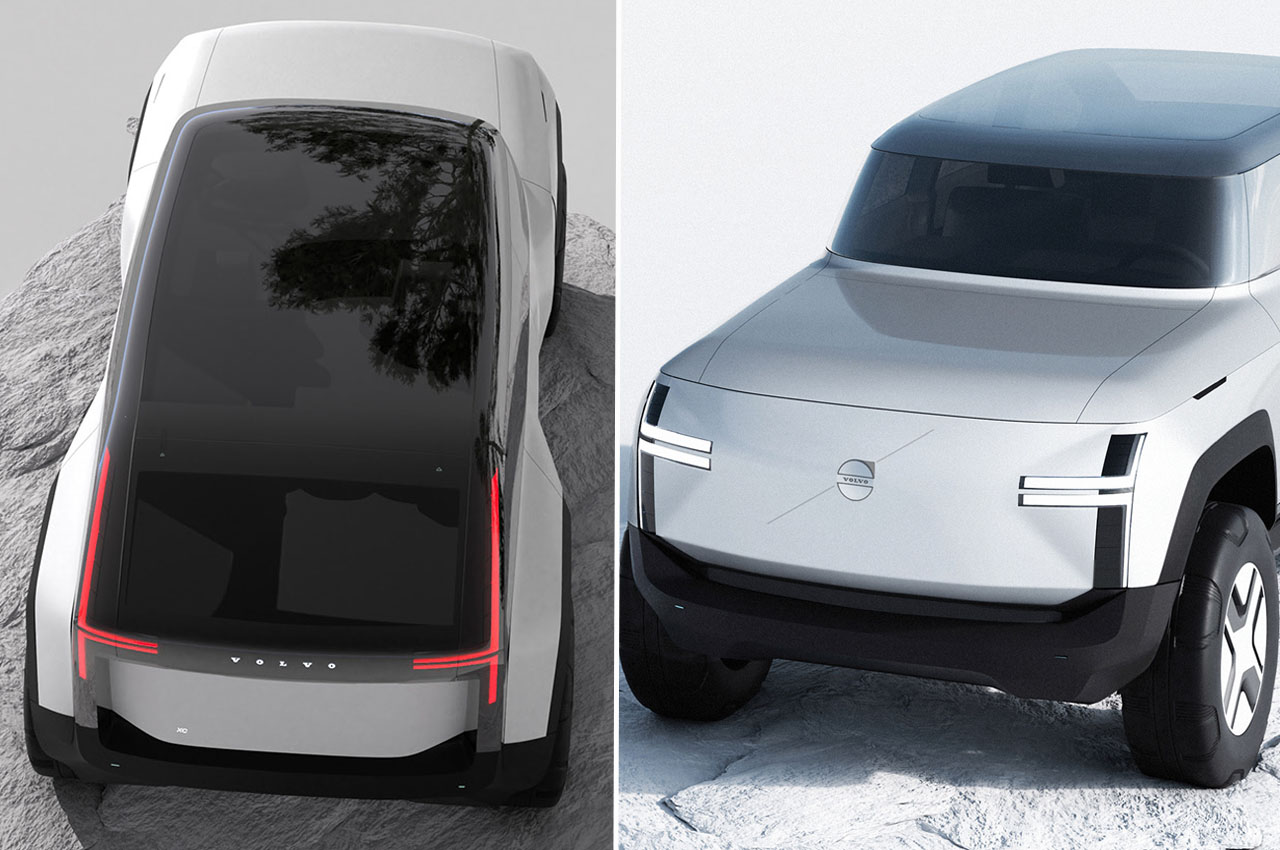 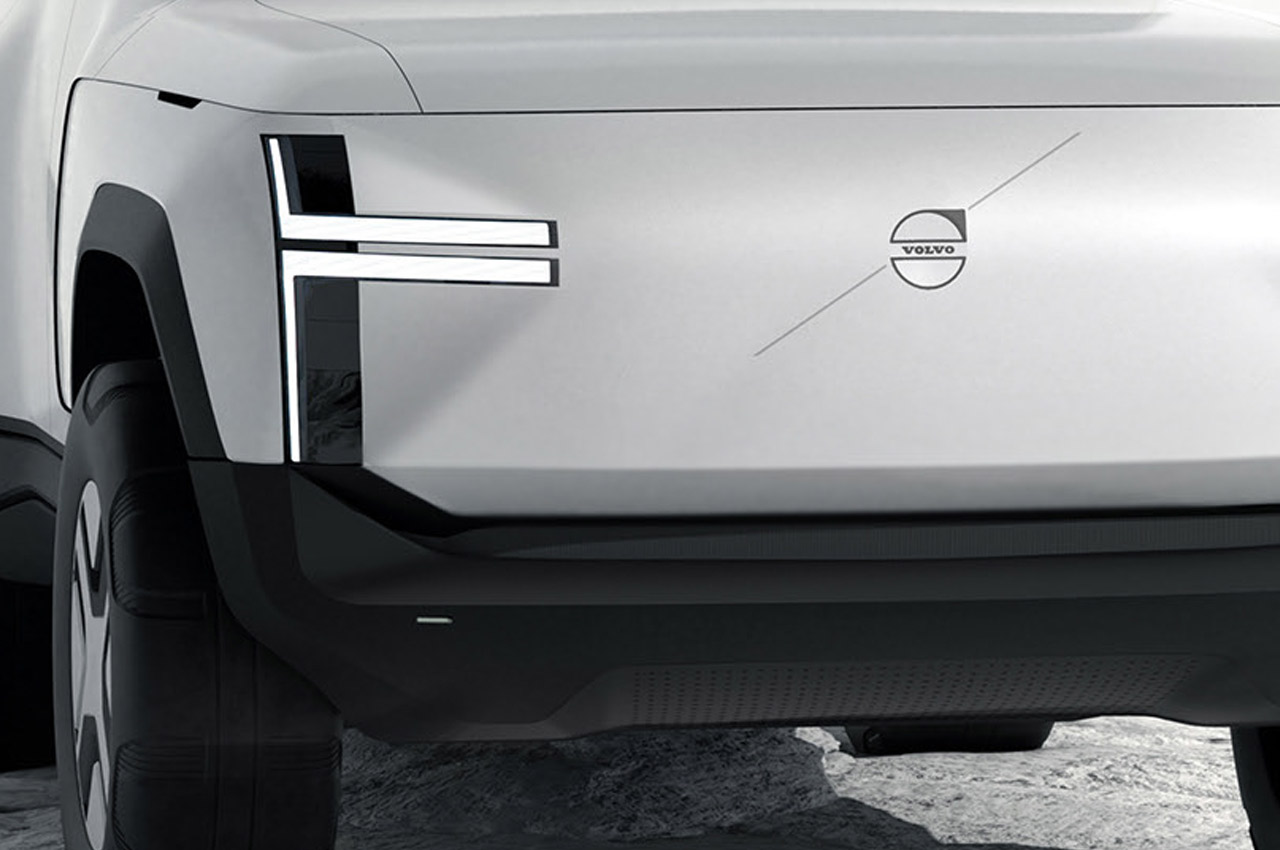 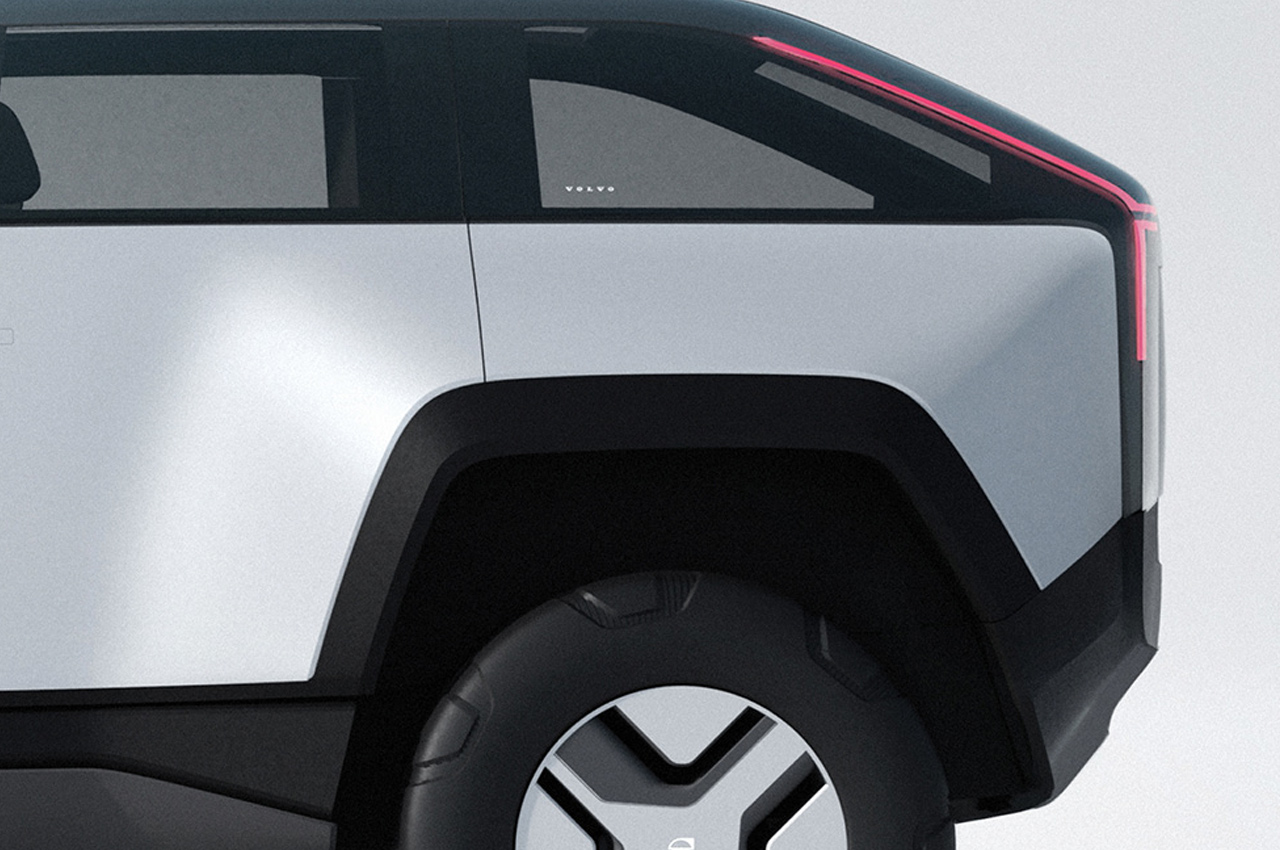 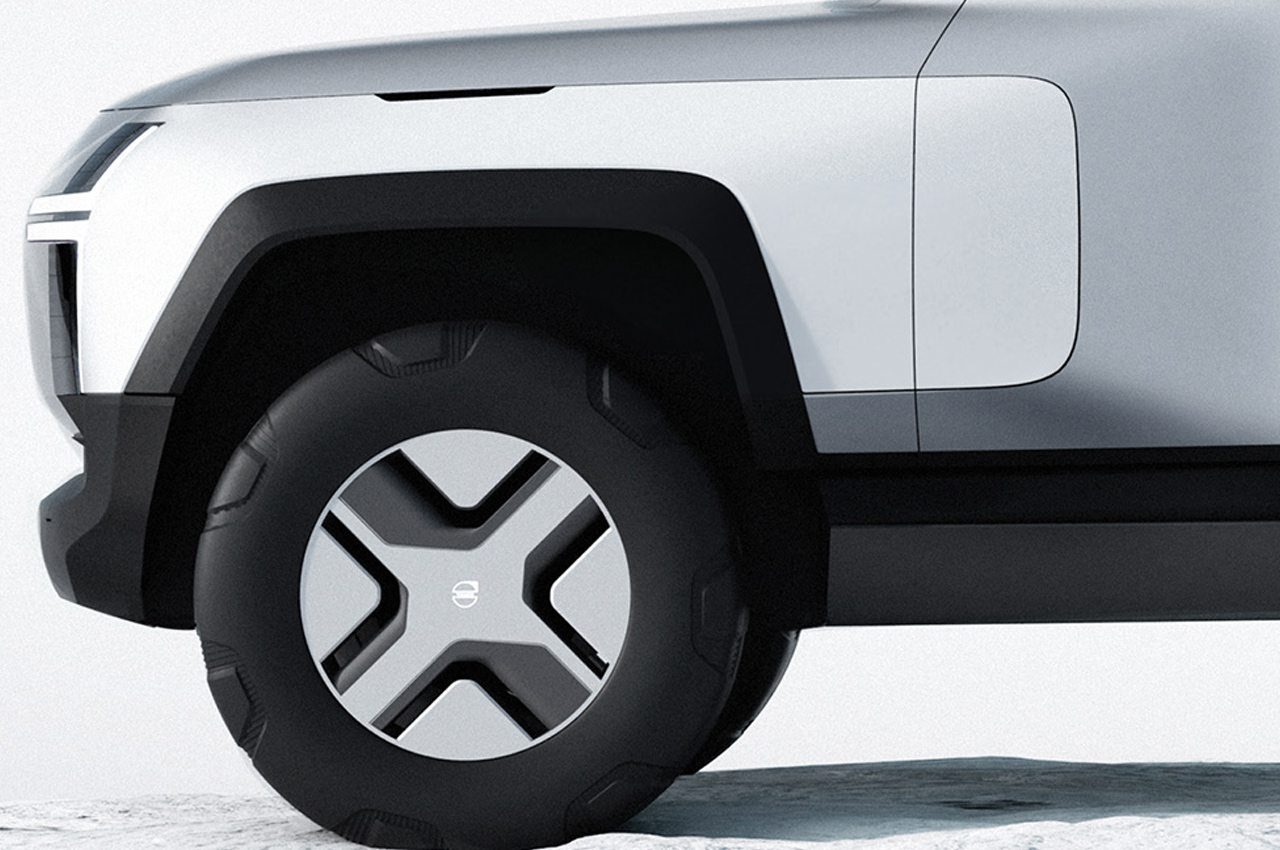 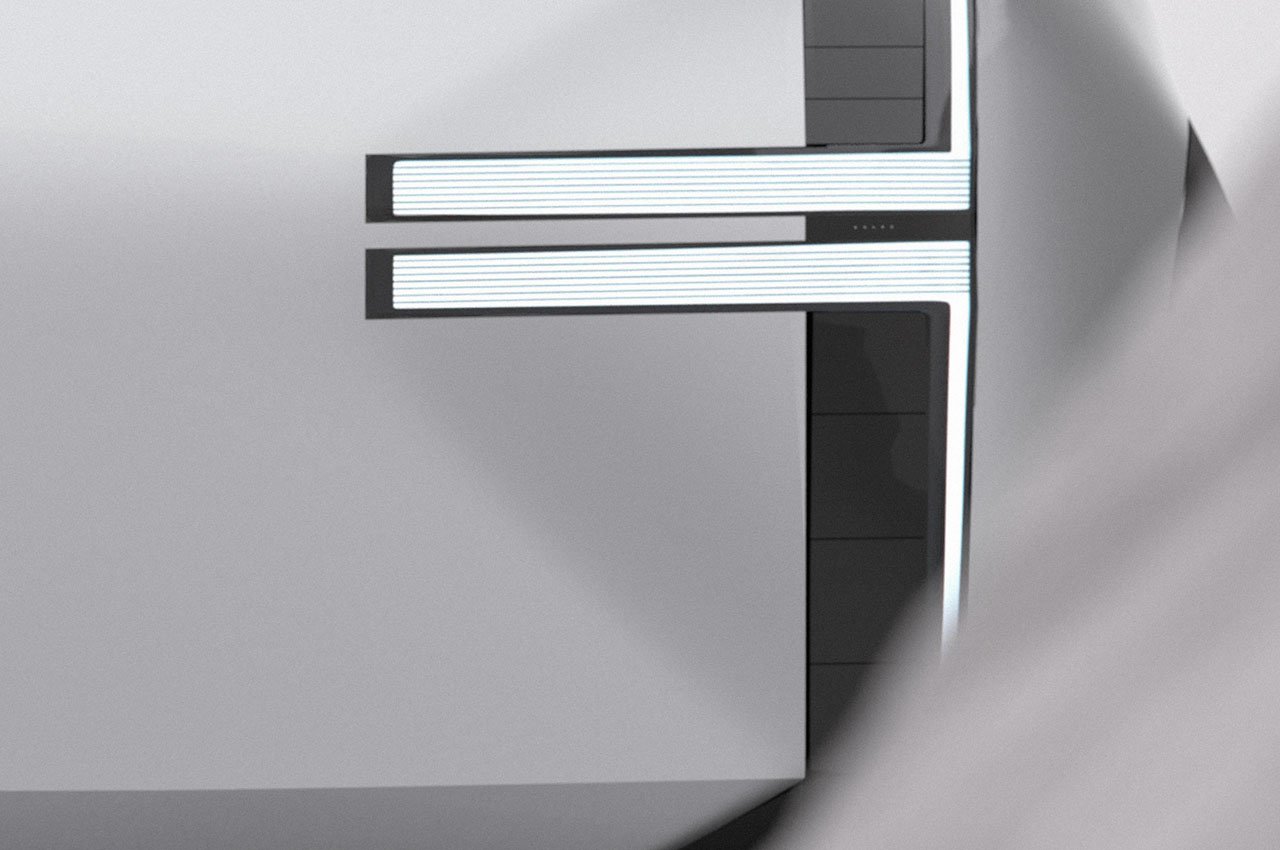 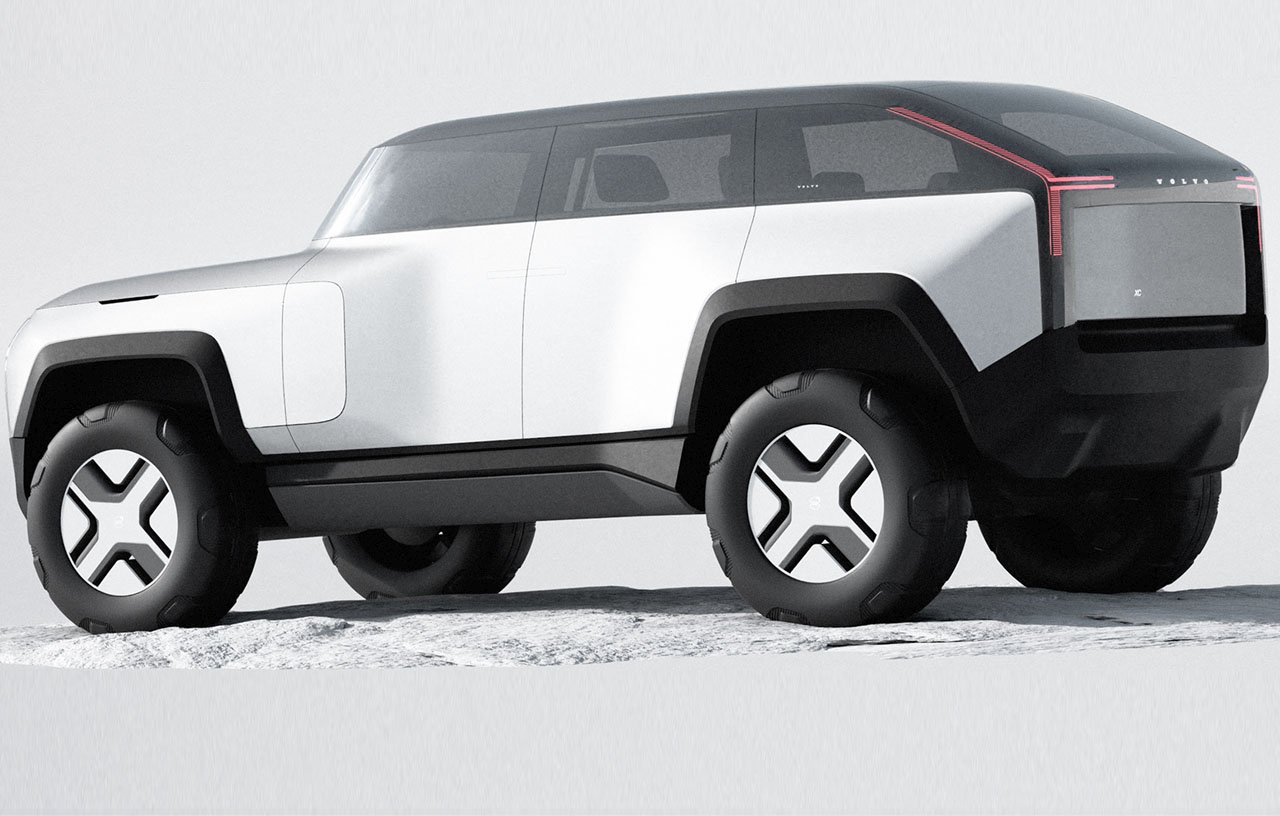