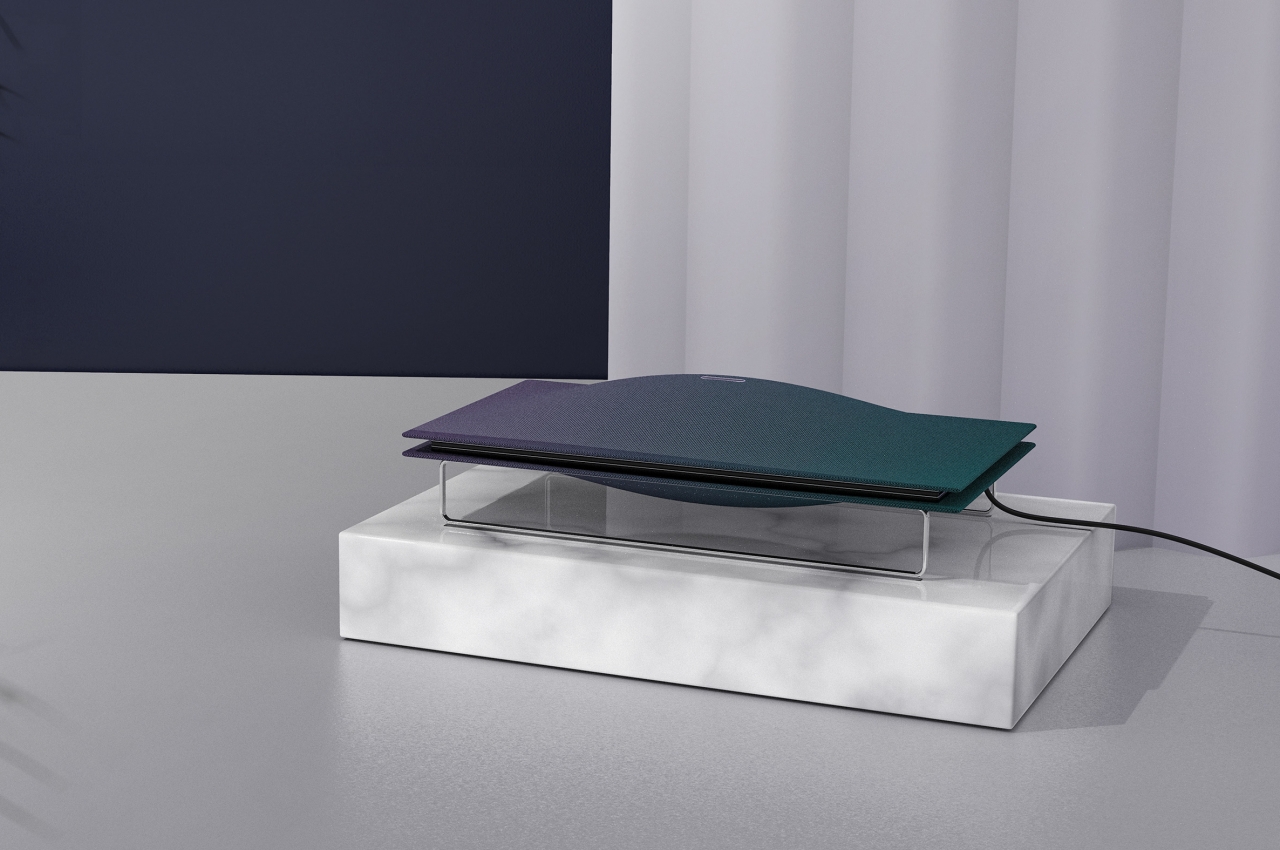 This speaker definitely sets itself apart not just from other speakers but from everything else in your room as well.

There is a growing trend these days to design or at least conceptualize speakers as something other than looking like a conventional speaker. Smart speakers try to blend in with the rest of the room decor to make them look more appealing as virtual hubs of smart homes. Others have tried to take that even further and disguised speakers either as everyday objects or more attractive decorative pieces that call your attention more because of their beauty than their functionality. This Bluetooth speaker is definitely part of the latter crowd and might even take things to the extreme, looking like nothing that would resemble a living room piece, yet, at the same time, is mesmerizing in its almost alien-like appearance. 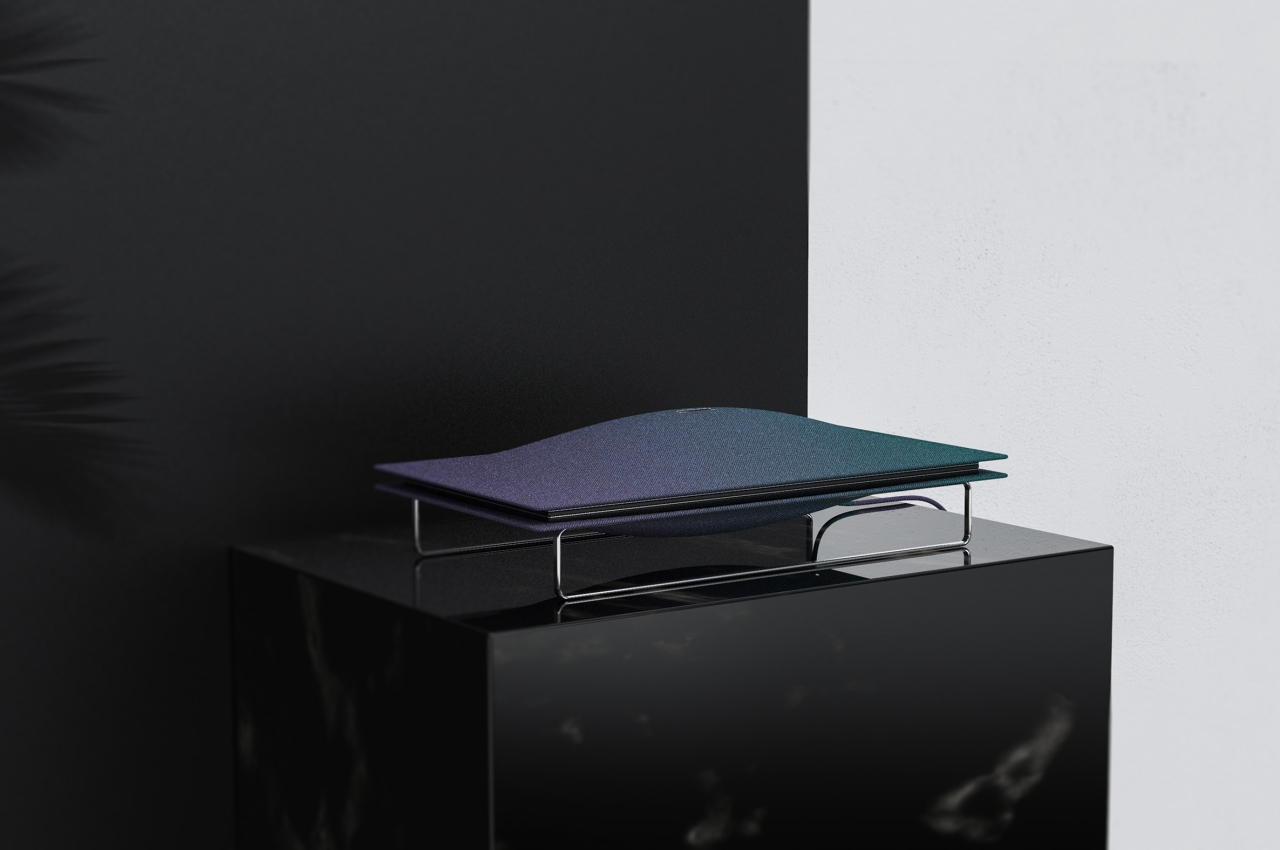 The designers say that the speaker’s form was meant to inspire images of floating and flying, and whether intentional or not, nothing calls to mind those thoughts better than a UFO. Although it’s not in the conventional saucer shape alien vessels are always presumed to take, the bulging top and bottom surfaces do resemble the same form from certain angles. The fact that the speaker is meant to be held up by a thin metal stand that makes it look like it is floating serves to reinforce that association. 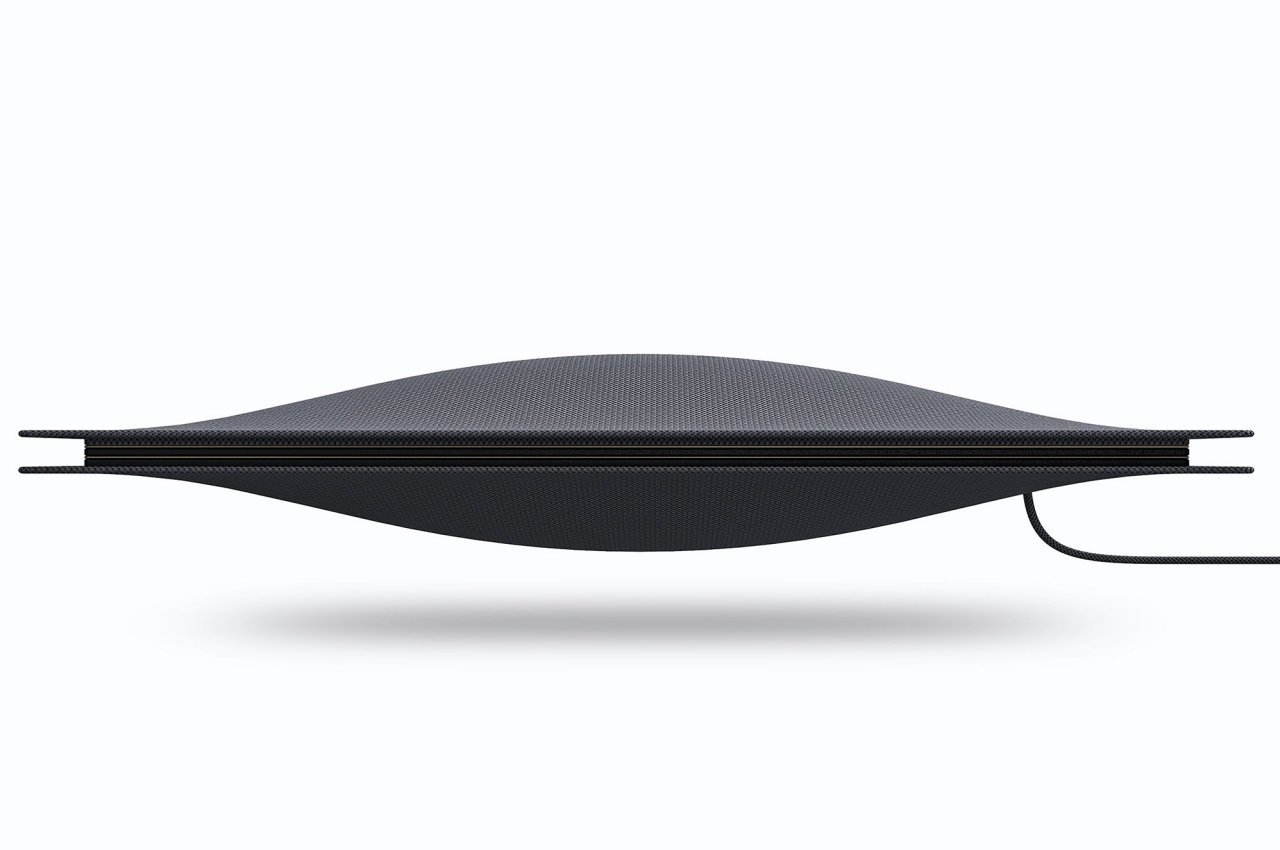 Extraterrestrial references aside, there is indeed something visually intriguing about this Bluetooth speaker concept. It is mostly covered in a fabric-like material, save for the metallic filling sandwiched between the covers, giving it a more familiar and human flavor that contrasts with its alien shape. The soft material and soft curves are supposed to represent flowing water and the pleasant sound it makes. It also looks like the sine waves associated with sound, again perhaps an accidental detail that the designers didn’t intentionally think of. 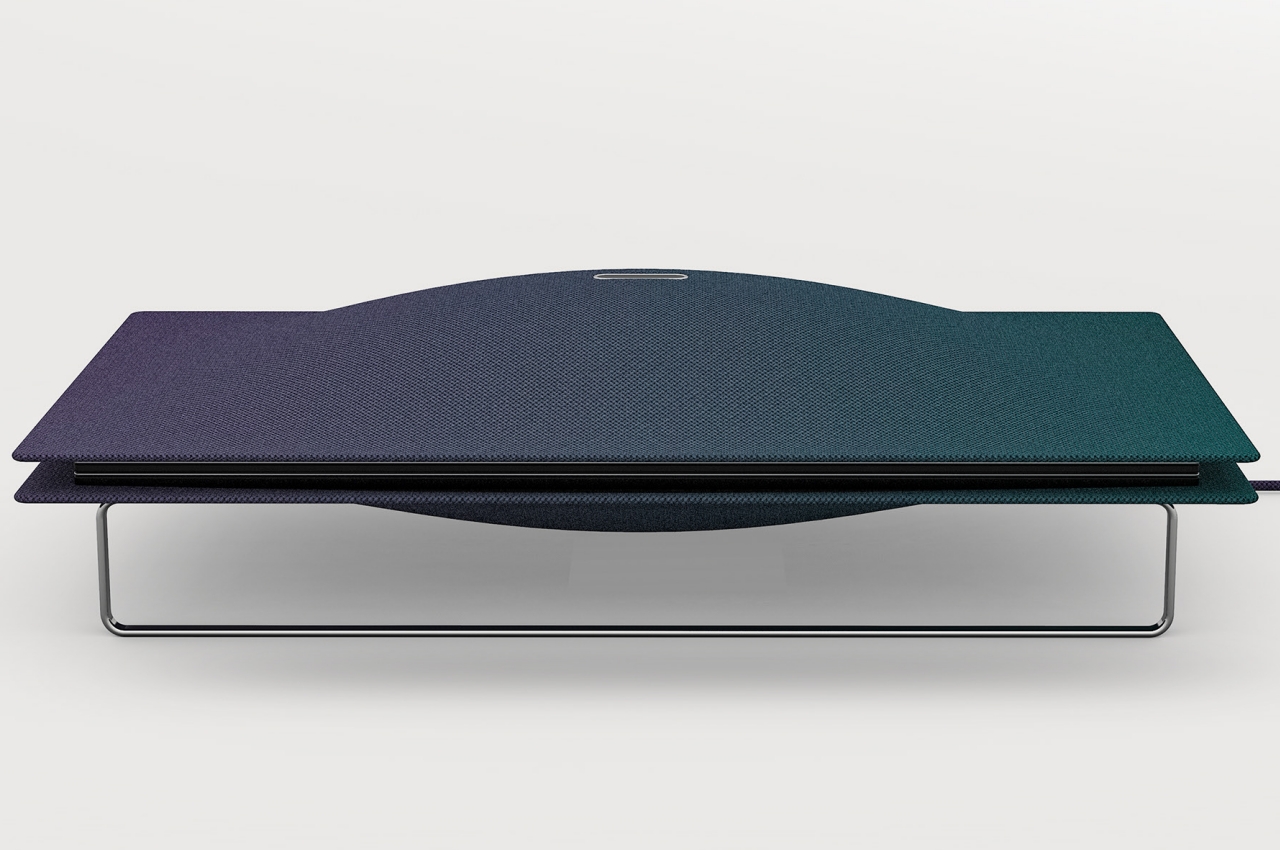 Fabric material, especially one on display in such a lofty manner, is just begging to be touched, and the speaker concept actually encourages that. In fact, it’s the only way you can physically control the speaker, though it’s probably possible to control it remotely with a connected smartphone. A somatosensory camera on top recognizes gestures, like the direction of a swipe, and translates them into actions like changing the track or changing the volume. 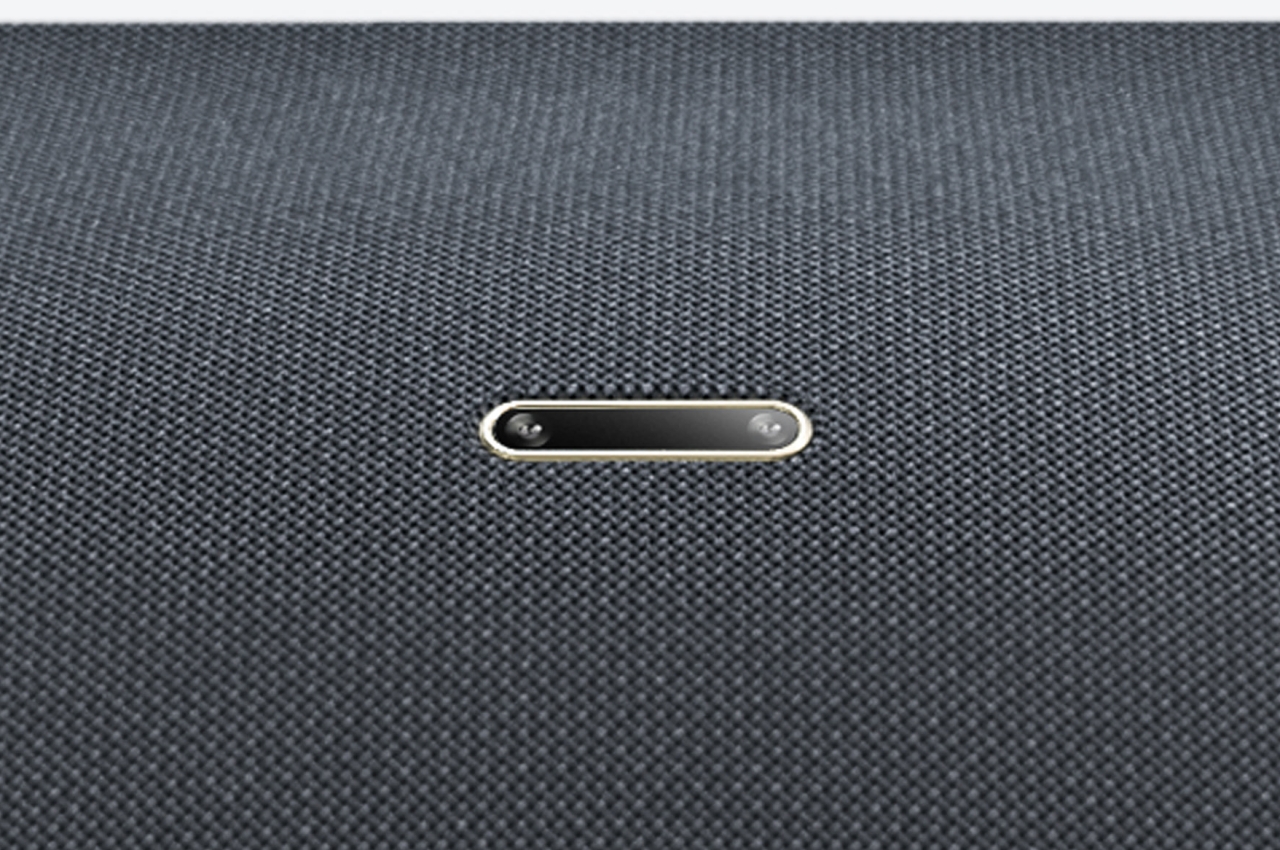 The design doesn’t make any mention of the technical aspects of a speaker, like where the speakers, tweeters, and woofers would be located to maximize the flow of sound. Judging by the way it hovers above a platform, one can presume that a downward-firing speaker for the bass, while mids and treble could escape from the gap between the fabric-covered sides, which could compress the sound a bit too much. Having a top-firing speaker would probably be inconvenient and uncomfortable for people trying to adjust the speaker’s settings without having to feel the vibrations hitting their hands. 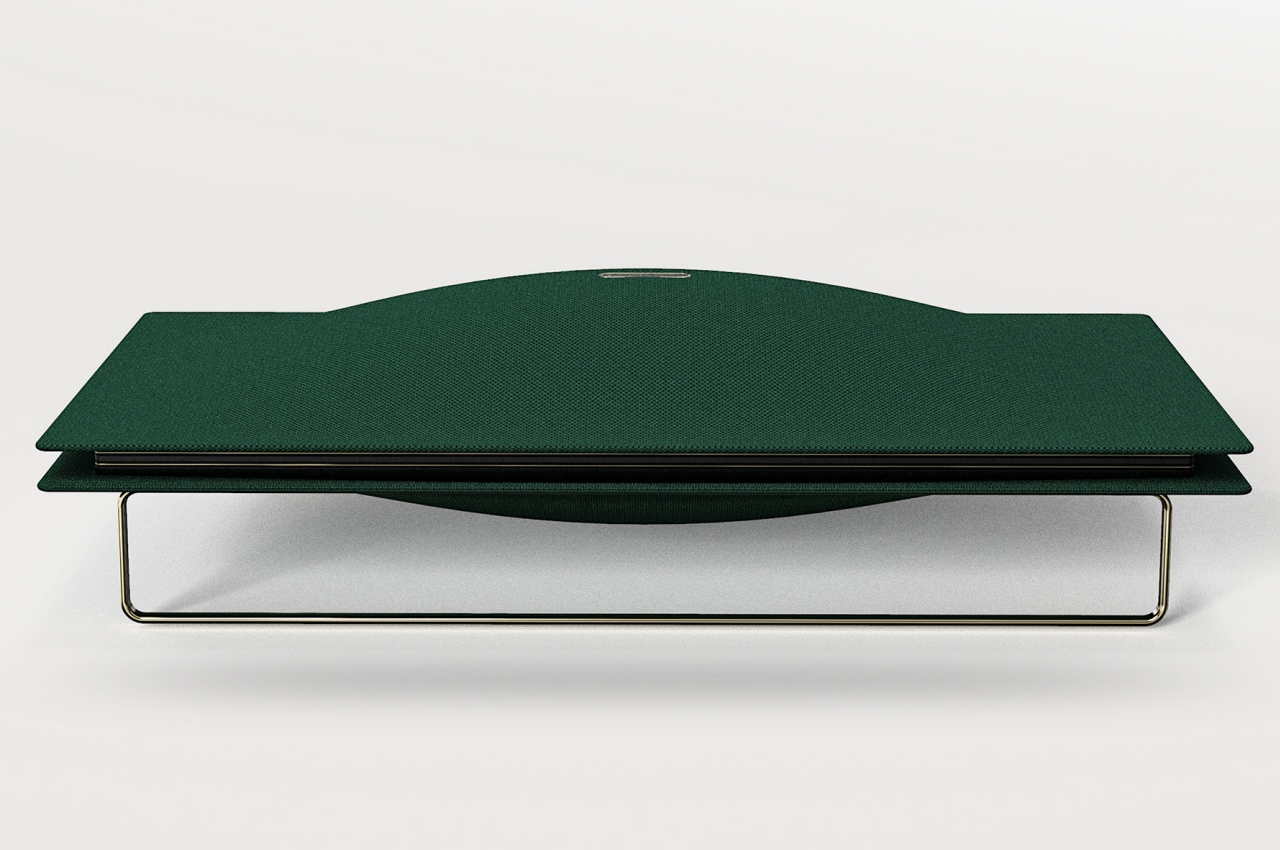 In terms of trying to design a speaker that inspires images of floating and flying, this Bluetooth speaker concept definitely checks that box, especially with the stand that holds it up and prevents it from wobbling on a surface. That it also conjures up images of unidentified flying objects might have been an accident or something that only certain cultures or people will get. The design pays special attention to the look and the feel of the speaker to create a striking yet comforting product, but it also leaves some questions open regarding the technical details that will actually make it work as a speaker. 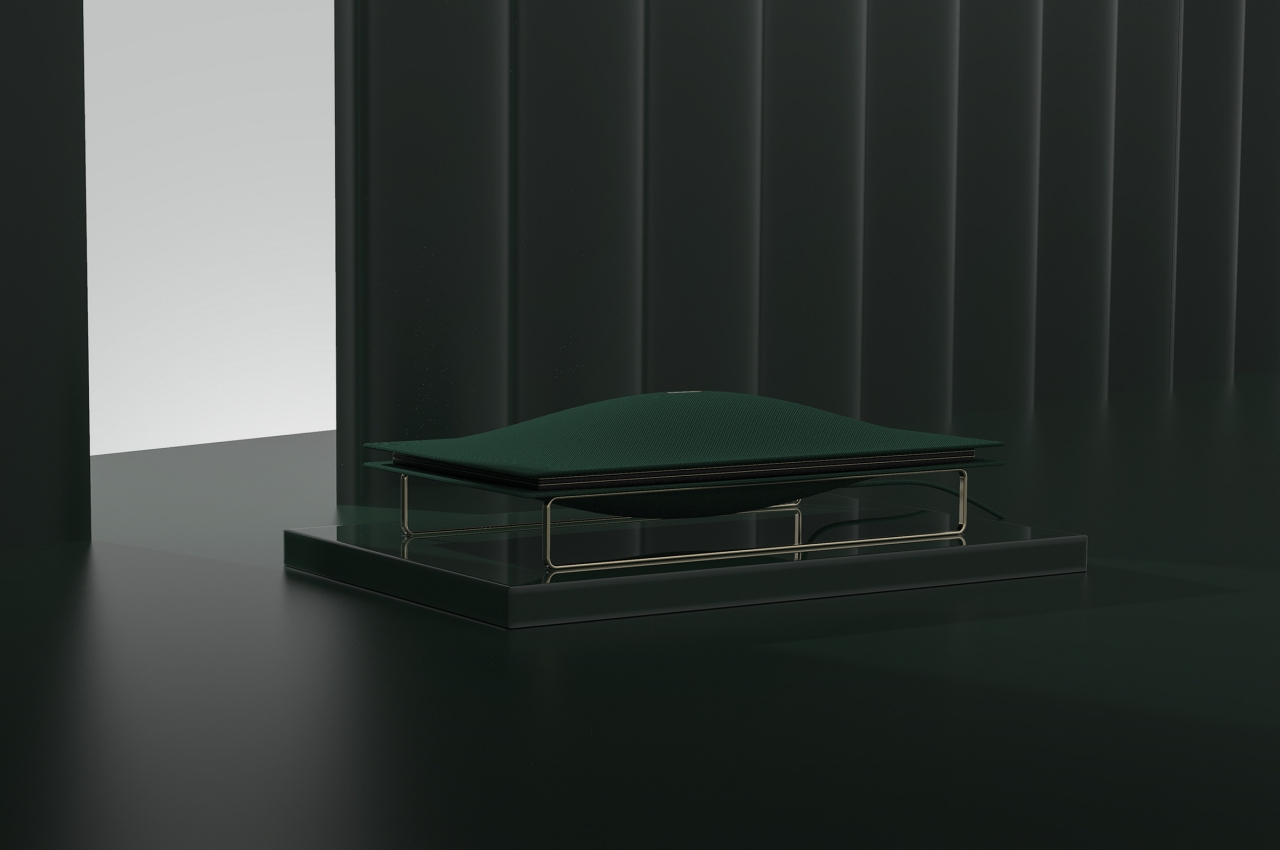 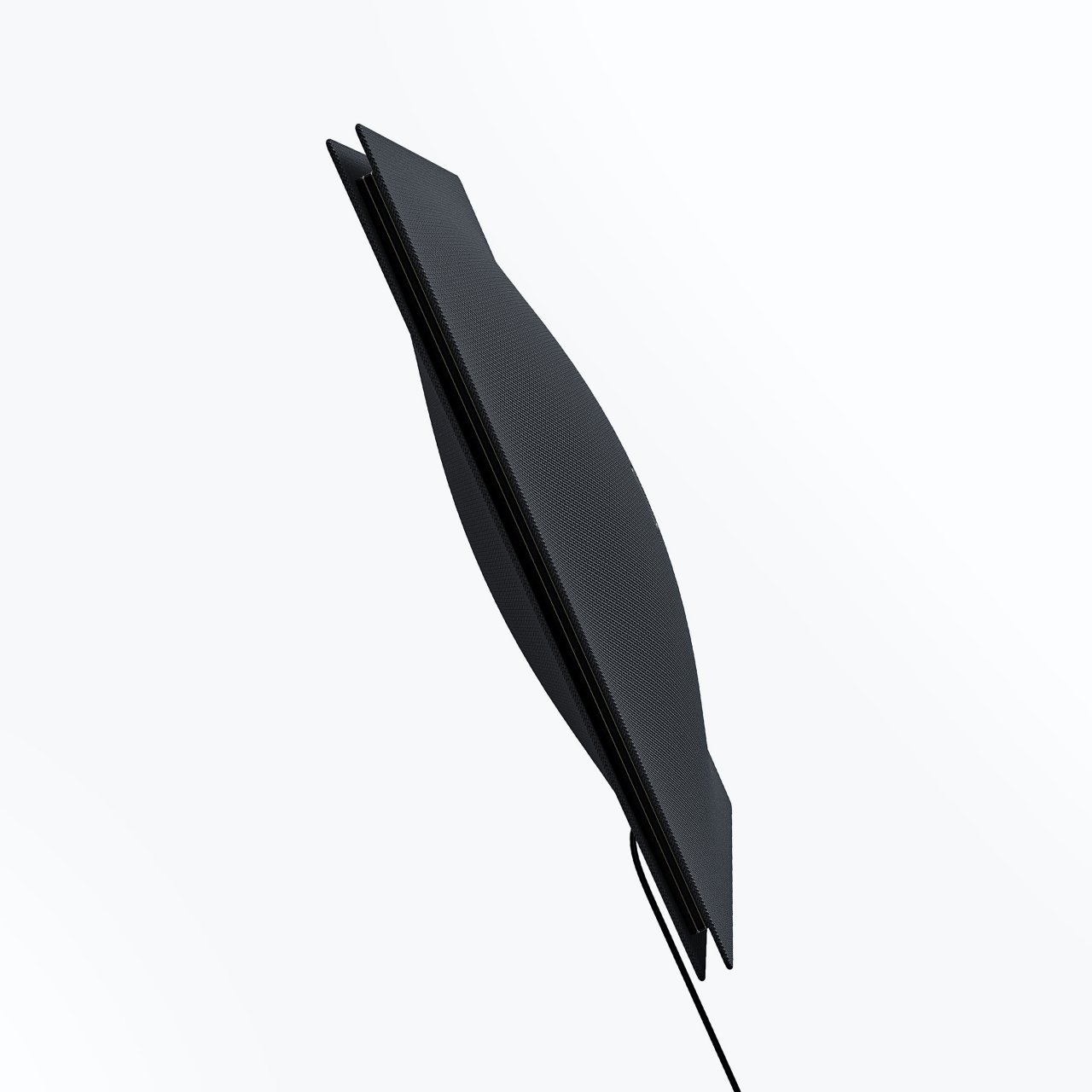