This Woman Broke the Guinness World Record for the Largest Afro 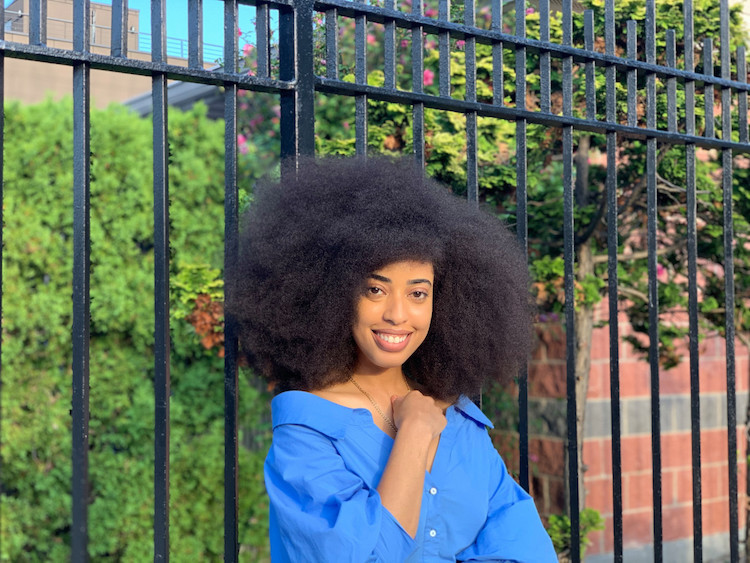 There’s arguably nothing more eye-catching than a big, bouncy, voluminous afro. That’s probably even more so the case when your fro is record-breaking. , a 32-year-old Brooklyn-based fashion designer and natural hair advocate, knows exactly what that’s like first-hand. In December 2020, she officially broke the for the largest afro (female), with her gorgeous locks measuring in at 8.07 inches tall, 8.85 inches wide, and 4 feet and 10 inches in circumference.

“Breaking the largest afro world record title is a great accomplishment for me,” Williams tells My Modern Met. “When I first went natural, if someone told me I would be here today, I would’ve laughed in their face. A huge lesson is never to give up on what you are passionate about.”

Since her initial decision to go natural nine years ago—something that was originally meant to be temporary—Williams has only grown (both figuratively and literally where her hair is concerned) as she has learned to adapt to the needs of her natural hair and become more comfortable with her new look. And as she embarked on her natural hair journey, she also wanted to help others going through the same thing, leading her to become a natural hair advocate.

“Advocating for natural hair was something that came naturally for me while going through my own journey. This was prior to natural hair being as popular as it is today and the passing of the CROWN Act. Going from straight hair to my new voluminous style was something I hesitated about, especially in social corporate settings. I would think to myself, ‘Does this look neat?’ or ‘Is this too big?’

“Once I stopped questioning how my hair looked, I was able to reach a level of acceptance that unlocked new confidence in me. . . I’m motivated by knowing that we can feel 1000% comfortable with the way our hair is grown from our scalp because I have felt that uncertainty when I first started my journey, and it’s an even better feeling once you overcome it.”

Since Williams received the Guinness World Record title, she has also received an outpouring of congratulations from people all over the world—many letting her know how her record title has inspired them. She hopes “to continue to inspire and use the title as a way to motivate others who are struggling on their natural hair journey.” In addition to that, she’s already moving on to the next goal: hoping to release several headwear accessories under her own brand.

To learn more about Simone and her fashion brand, Simone Imaani, you can follow her on and visit her .