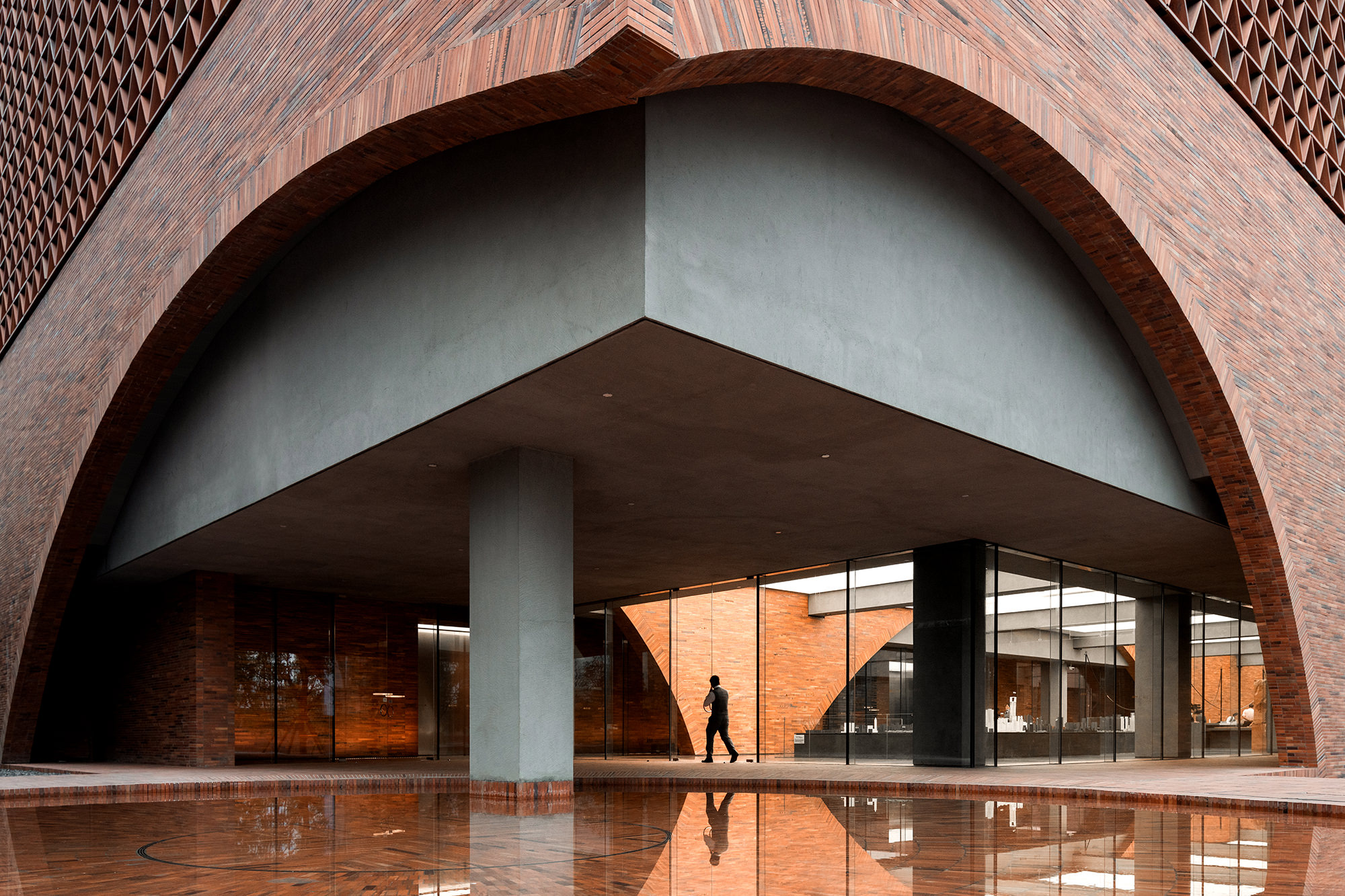 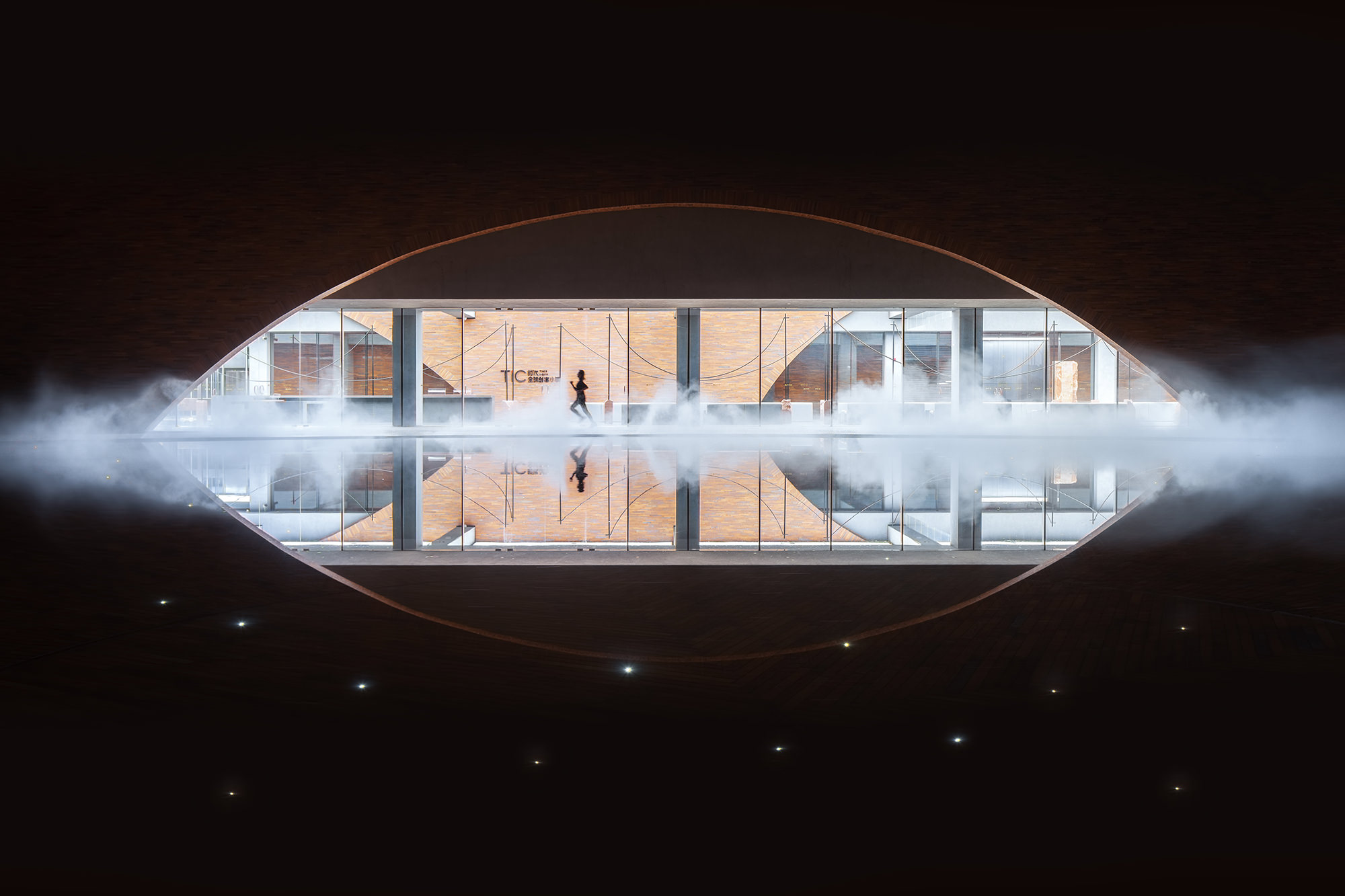 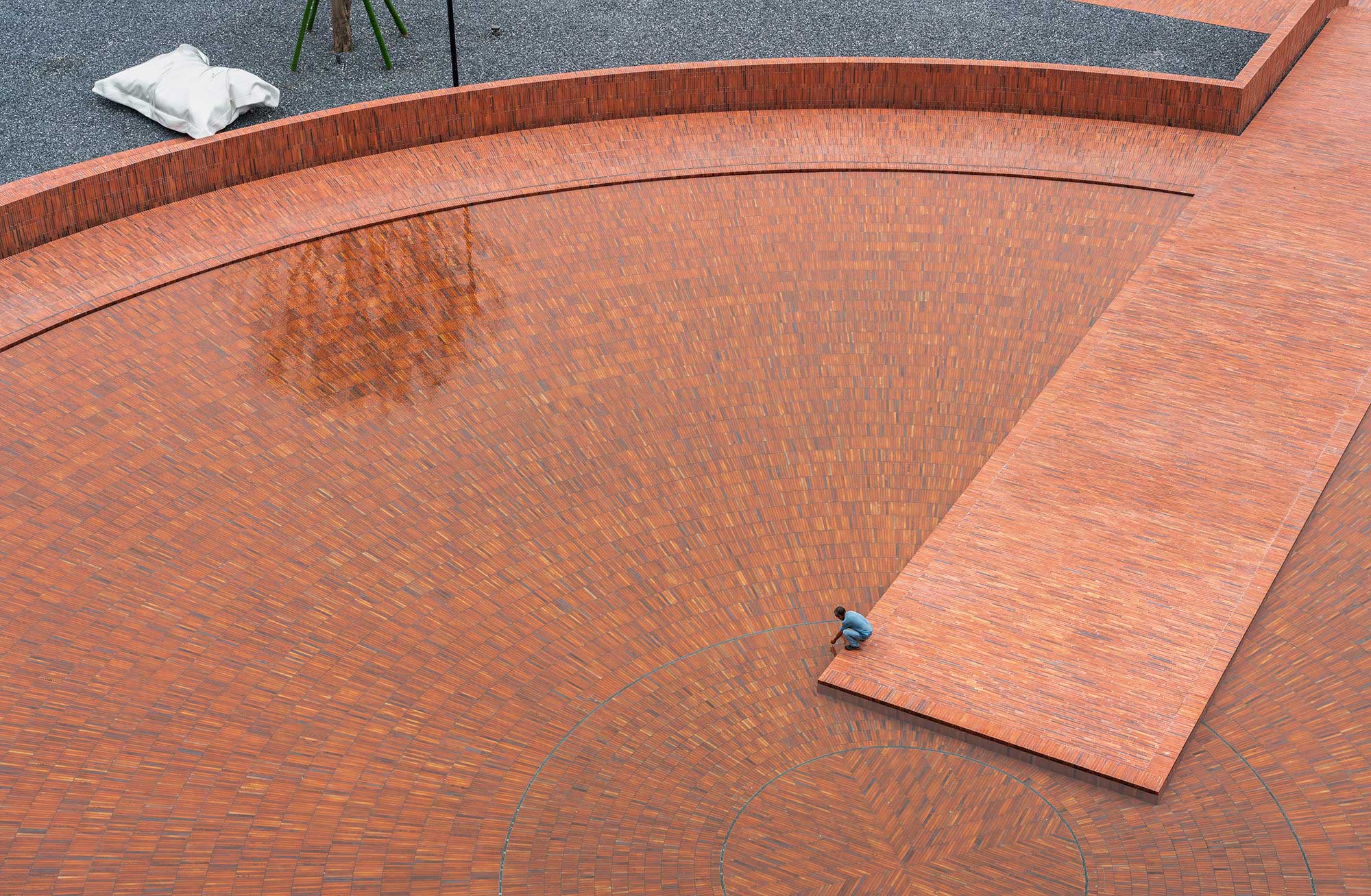 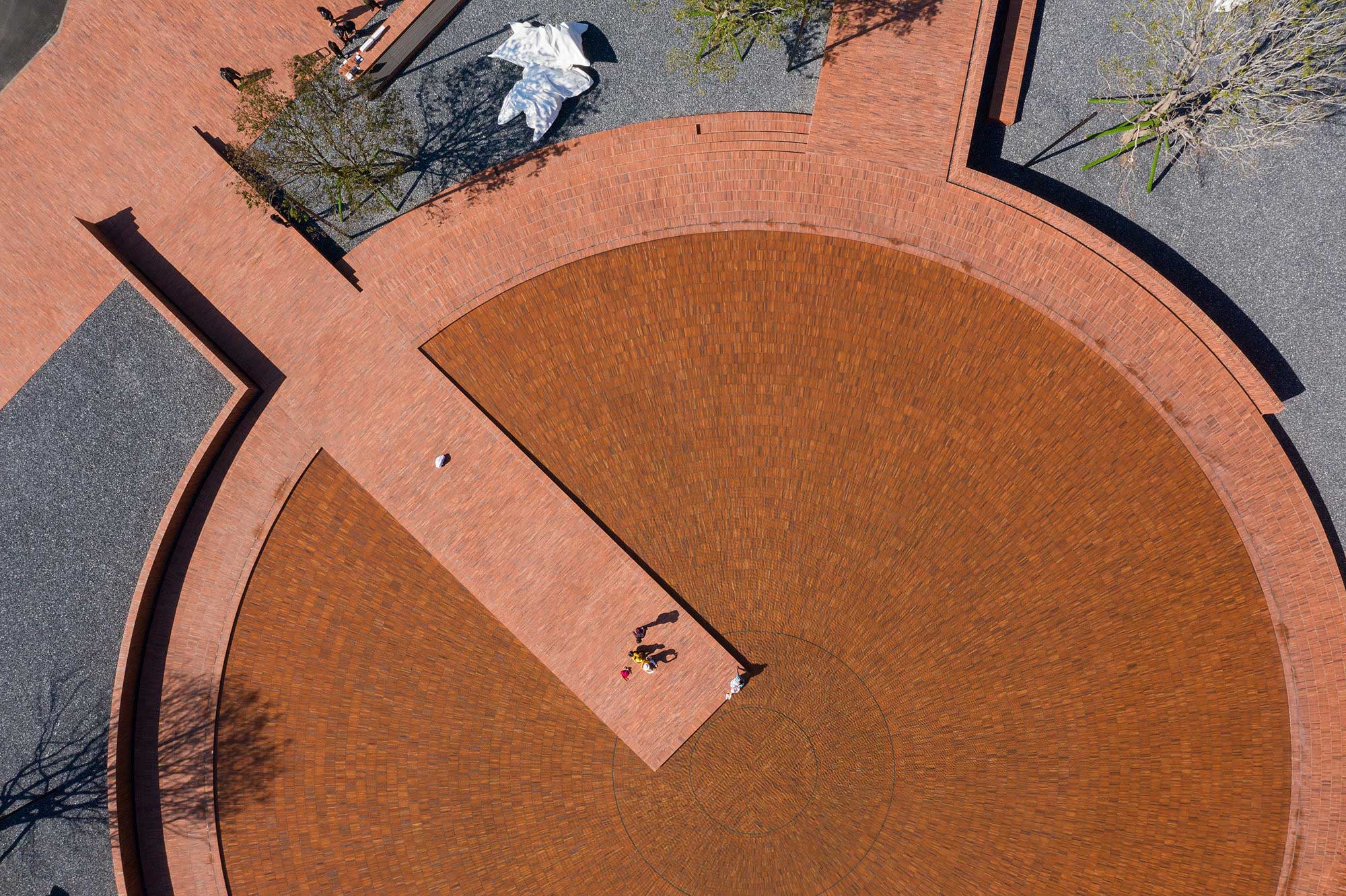 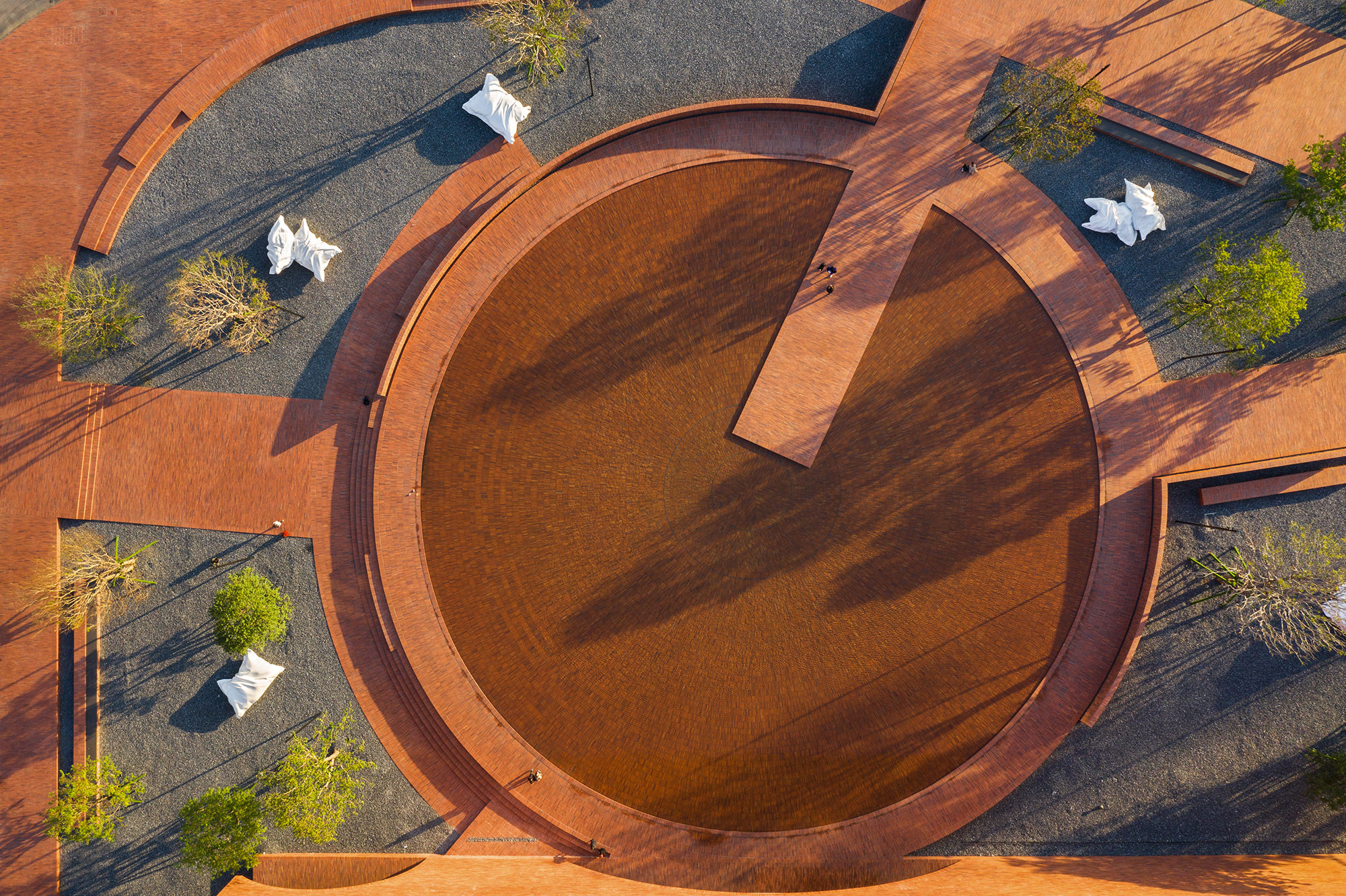 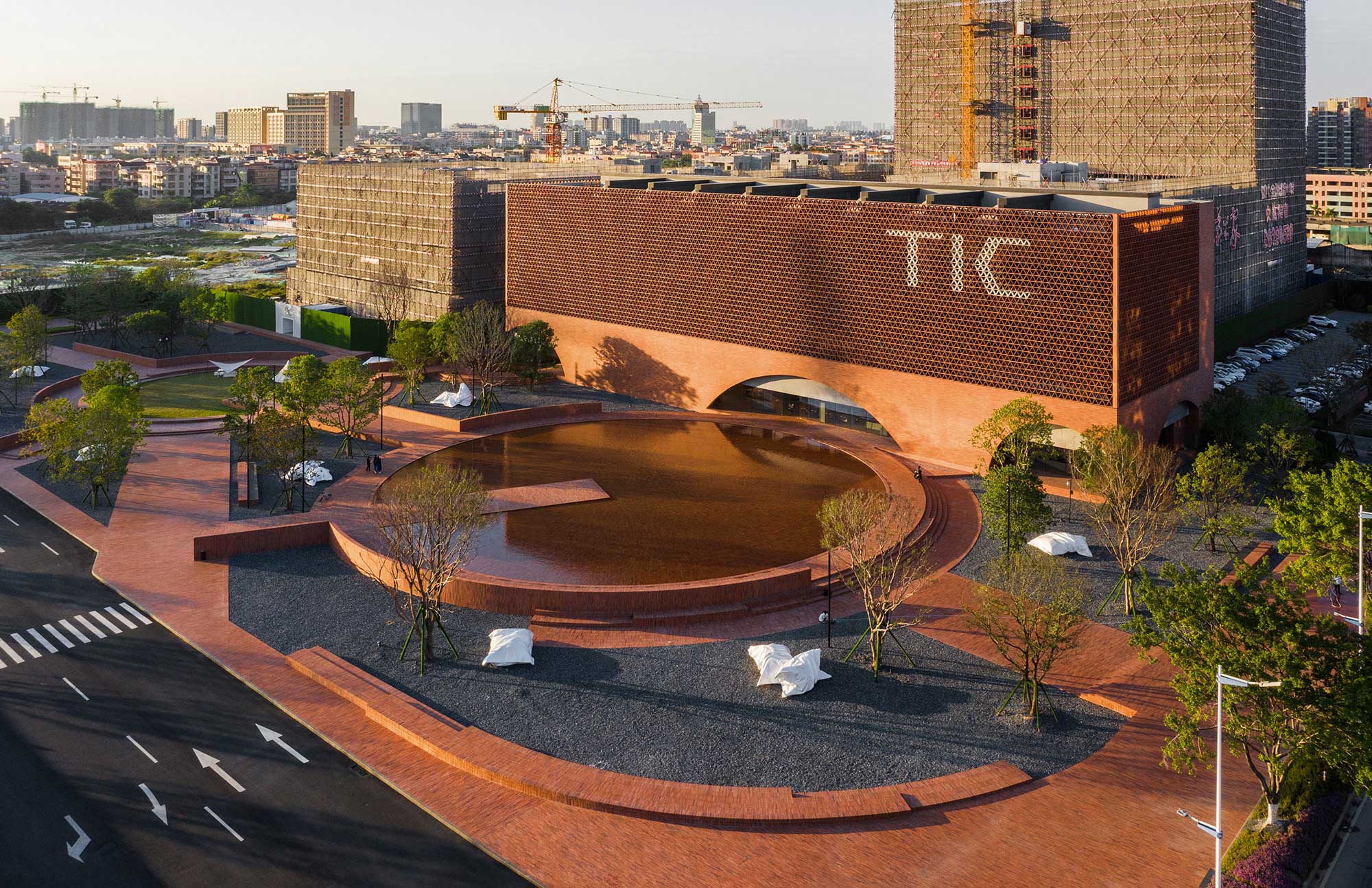 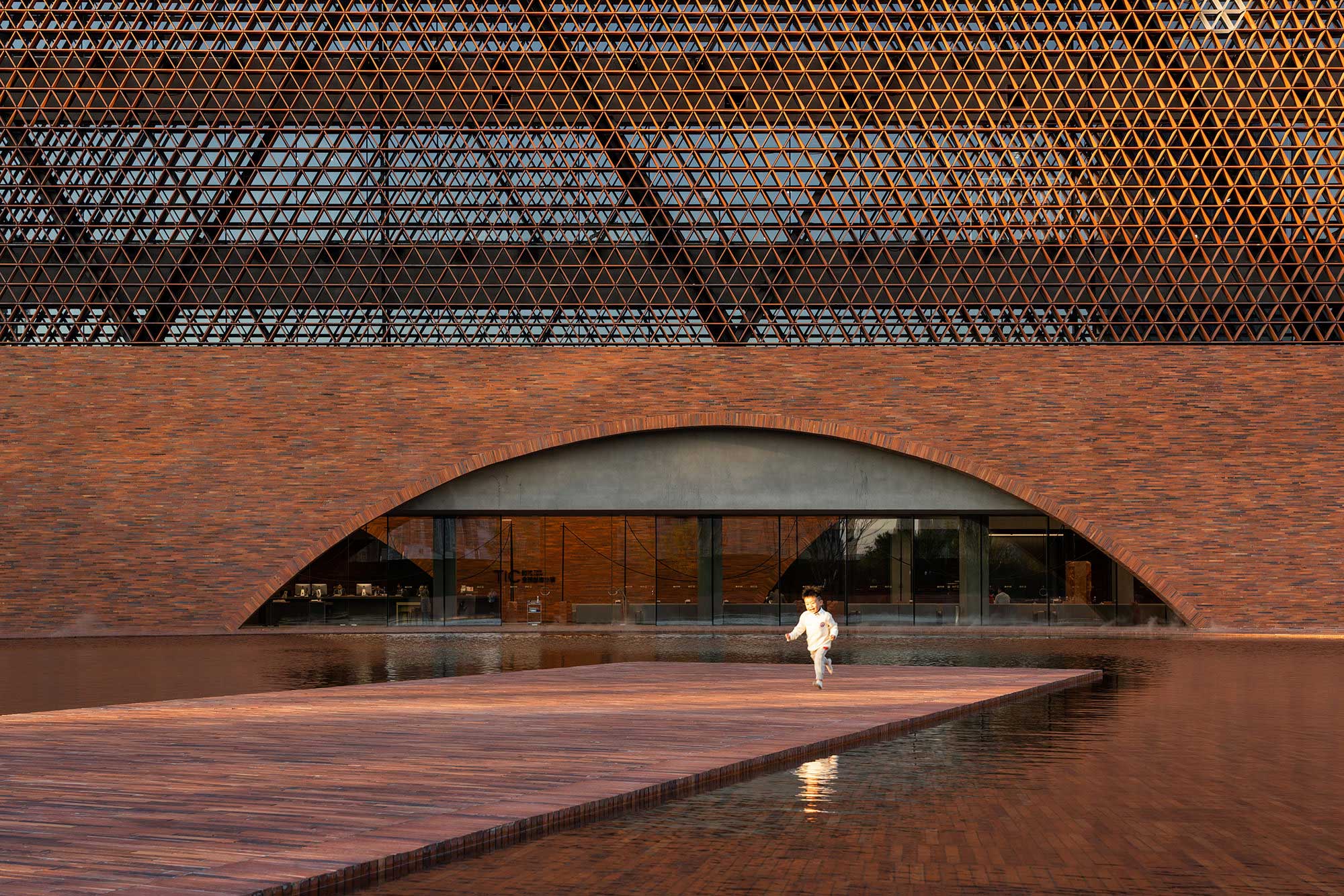 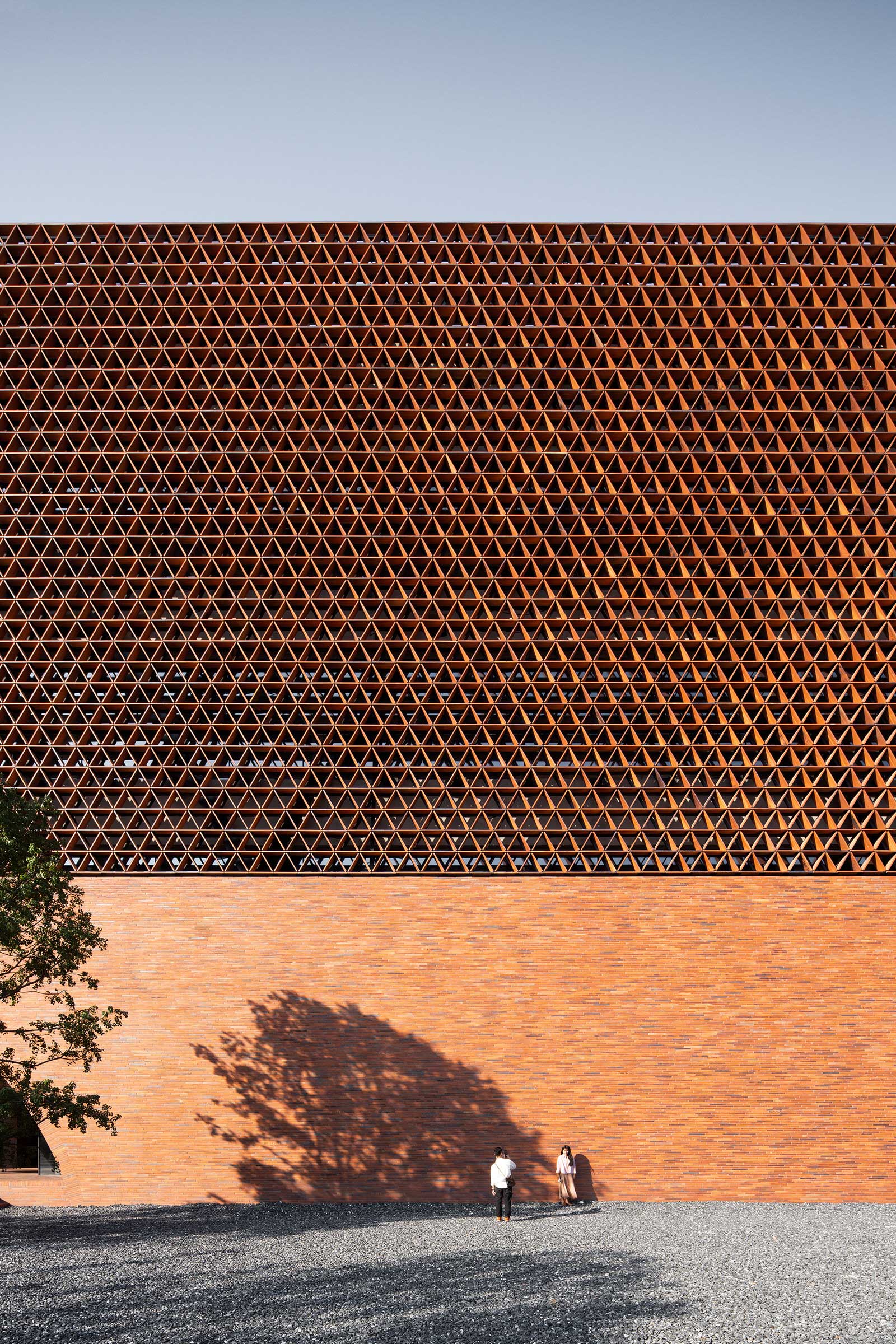 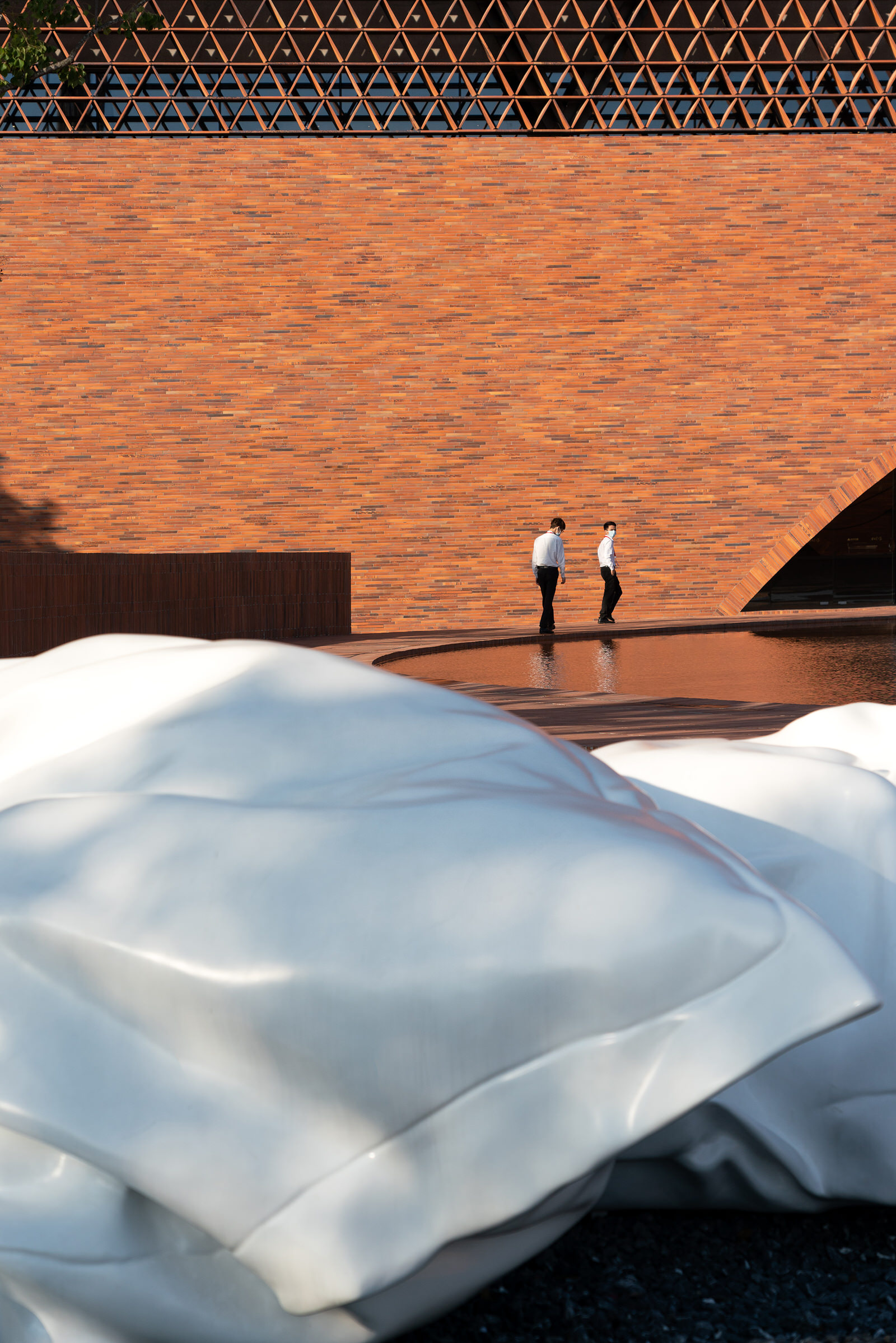 Out in the landscape of greys, concrete and scaffold rises a structure of earthy tones of red and orange, ready to become the next landmark of Foshan, Guangzhou, China. Designed by , TIC Art Centre (formally known as Times I-City) is their latest commission that aspires to establish itself as the landmark in the home of the Cantonese Opera, Nanquan (a form of martial arts) and the formidable Lion Dance. An establishment that takes over an area of 5million square metres and filled with impressive technology and interior, it breathes another form of life into the creative region.

Commissioned by urban development operator Times China, TIC Art Centre was formed under the changing rules of real estate. The strategy was to create a maker town, featuring a combination of display rooms, installations, and other shared public amenities. The brief also allowed architects to sculpt the landscape that would respond to the brief of cementing the next visual attraction in which both tourists and locals can enjoy. 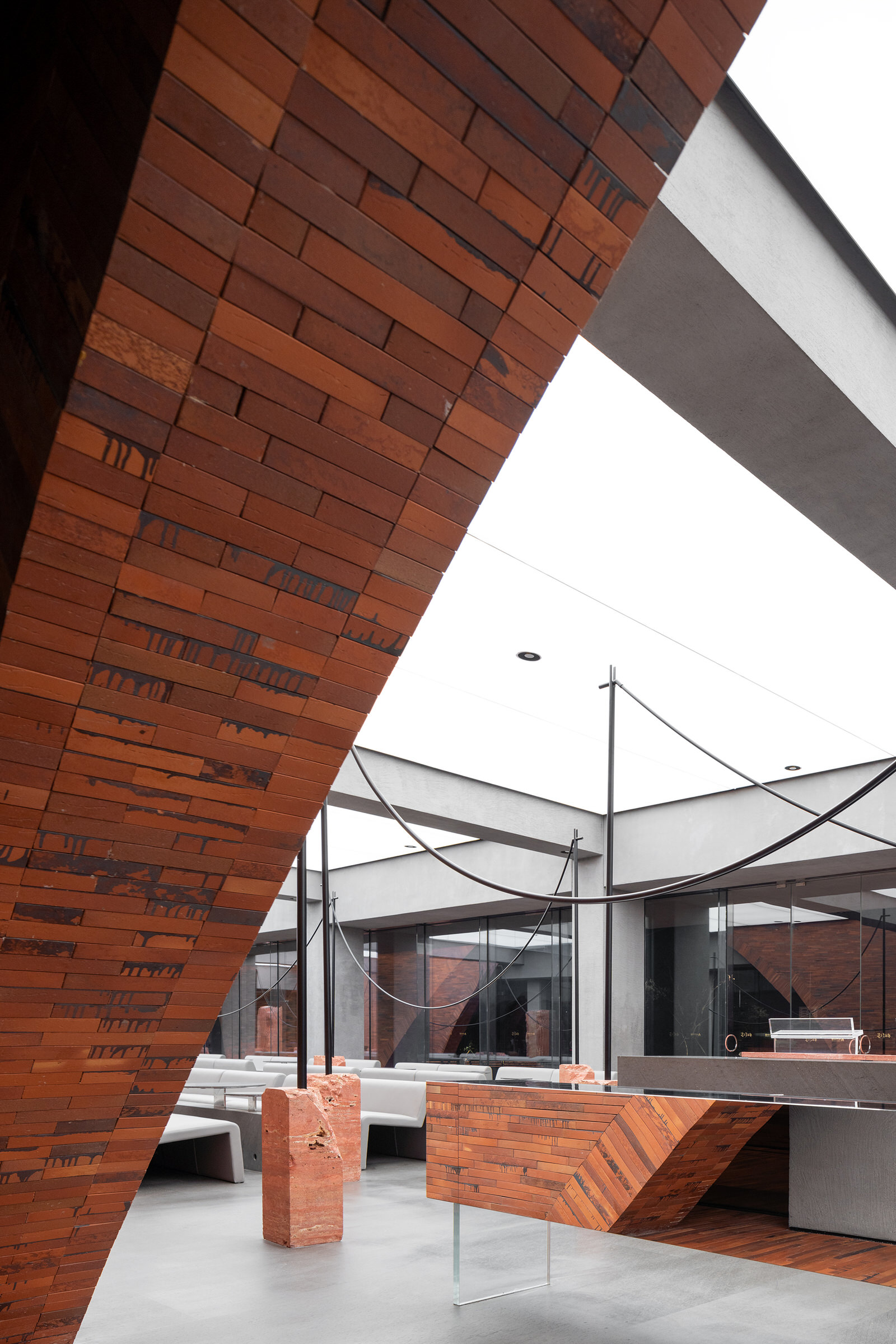 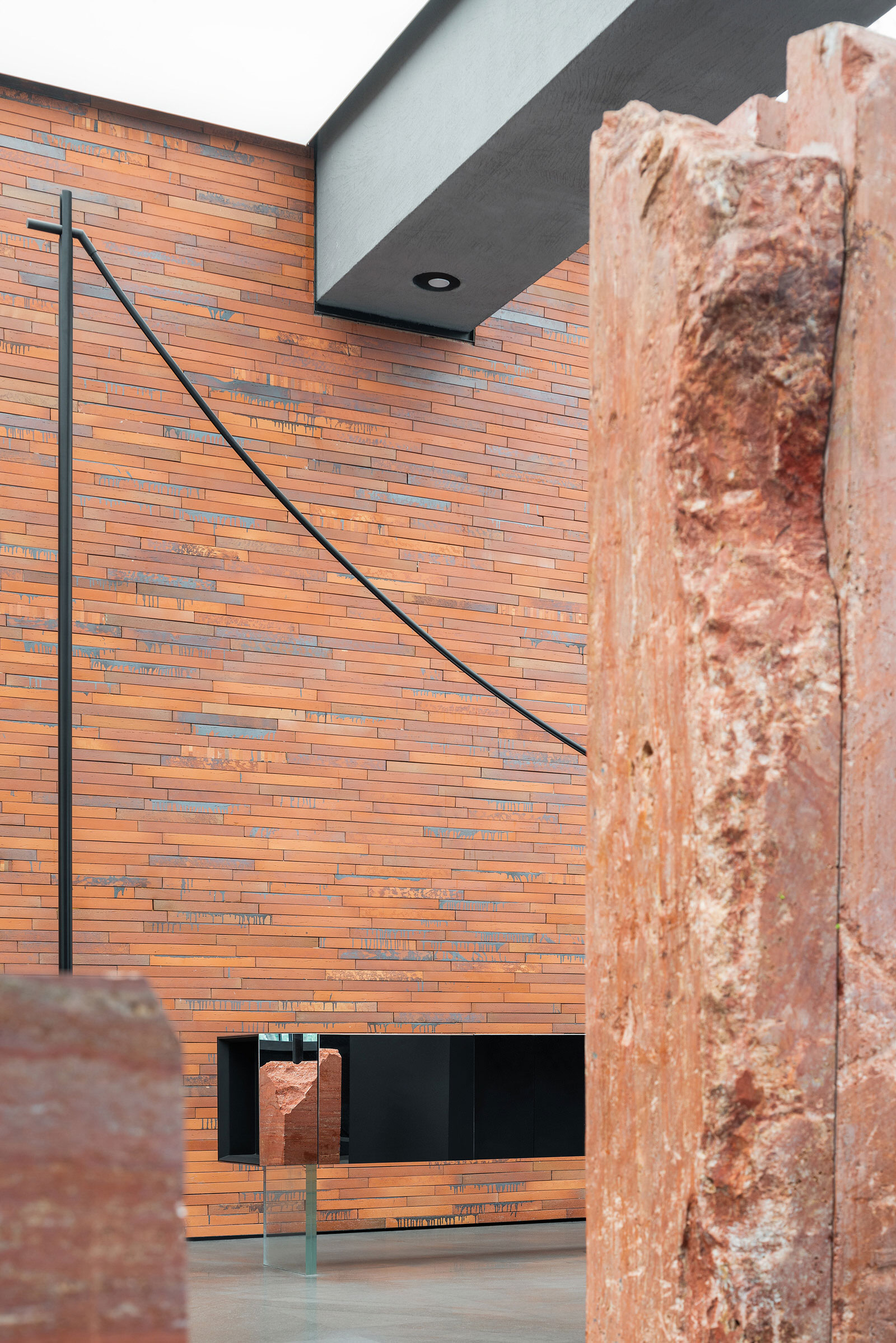 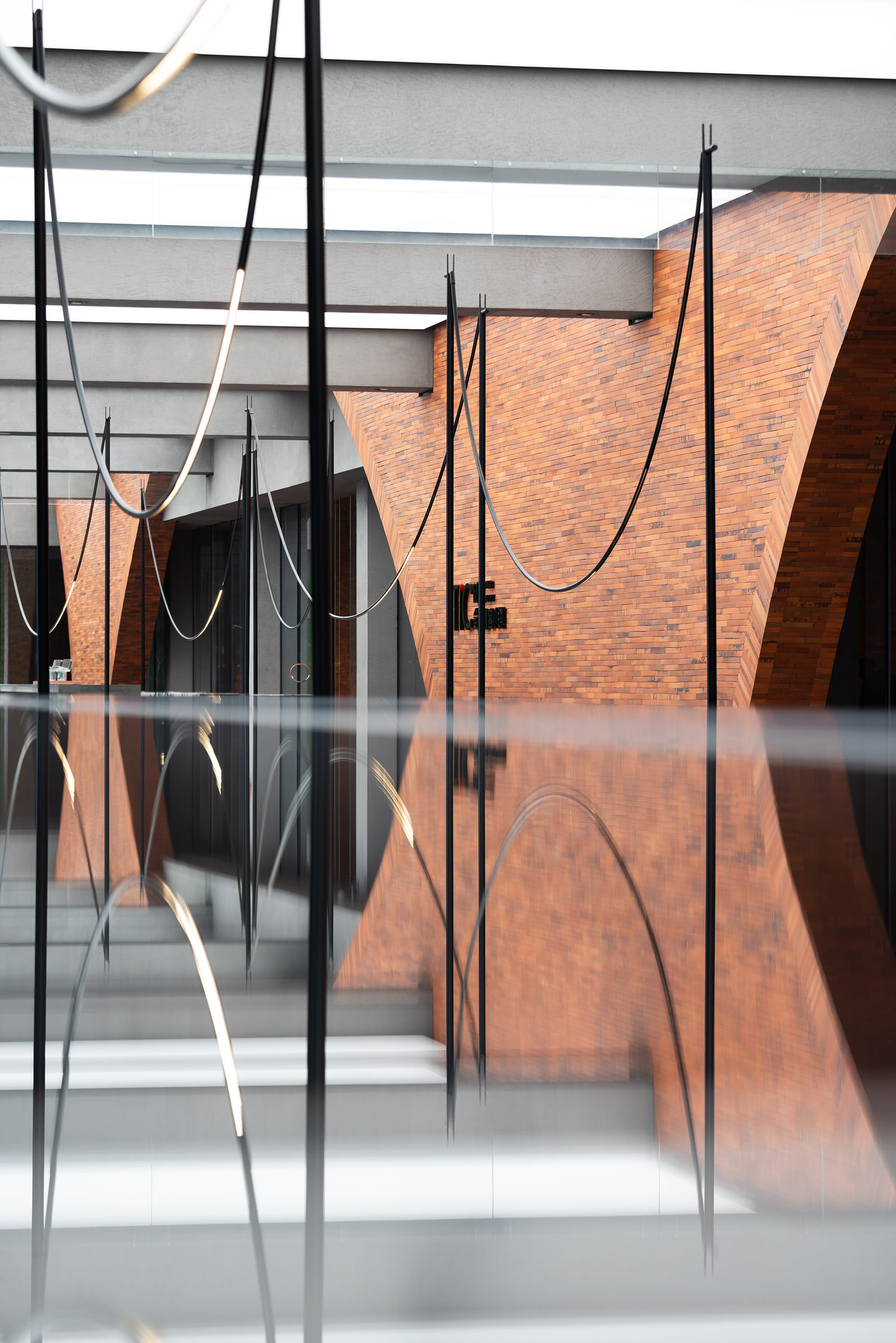 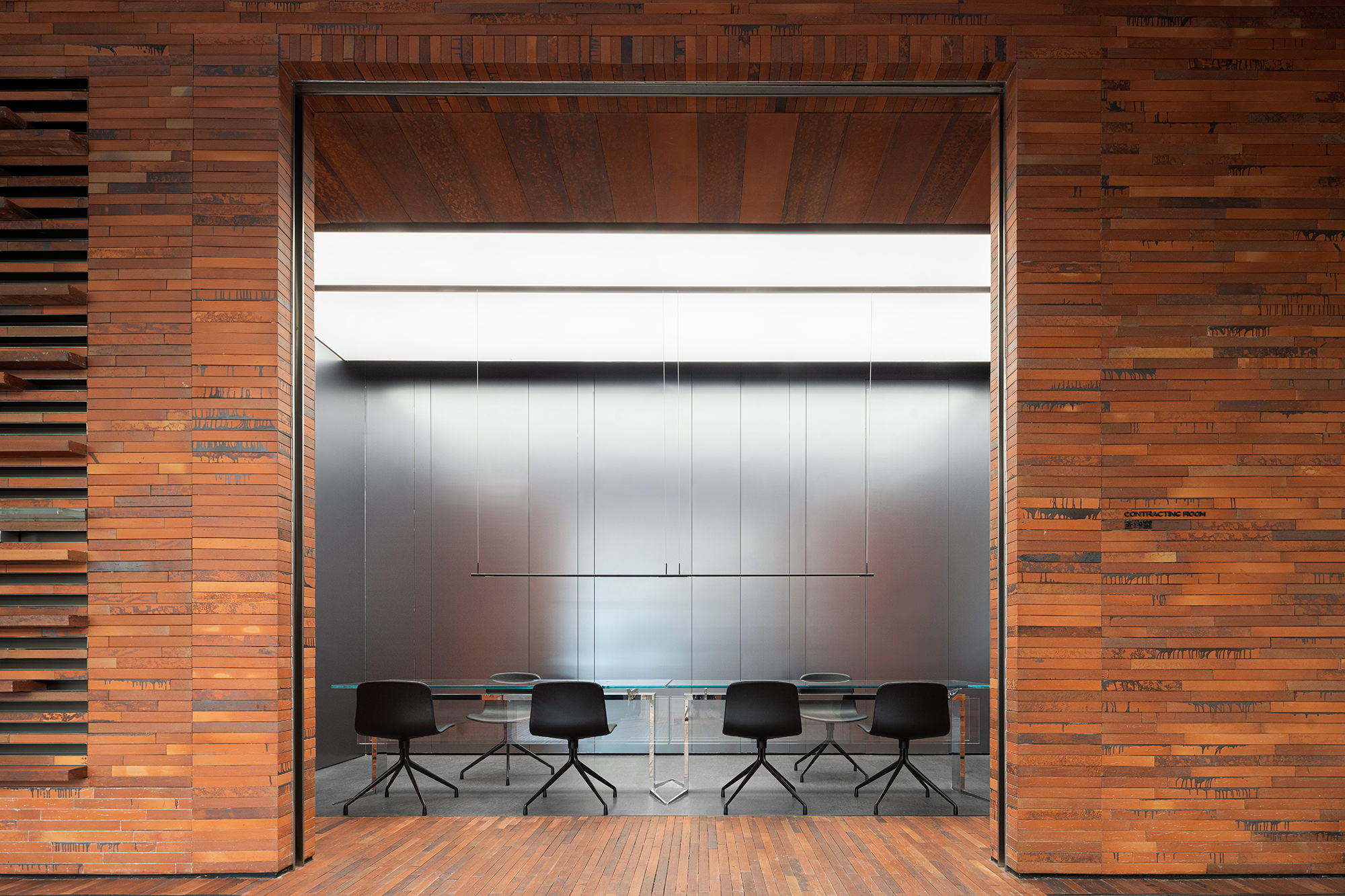 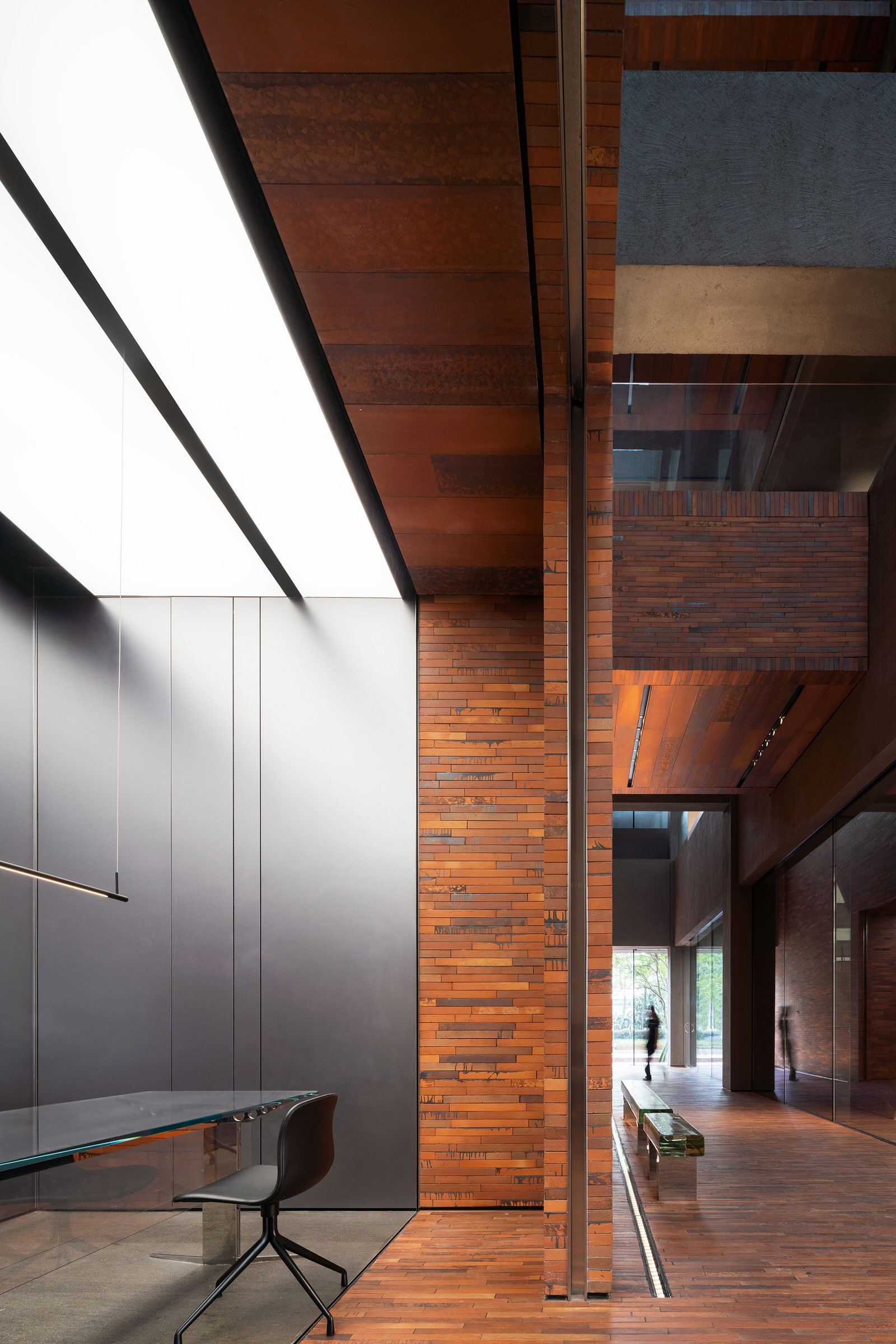 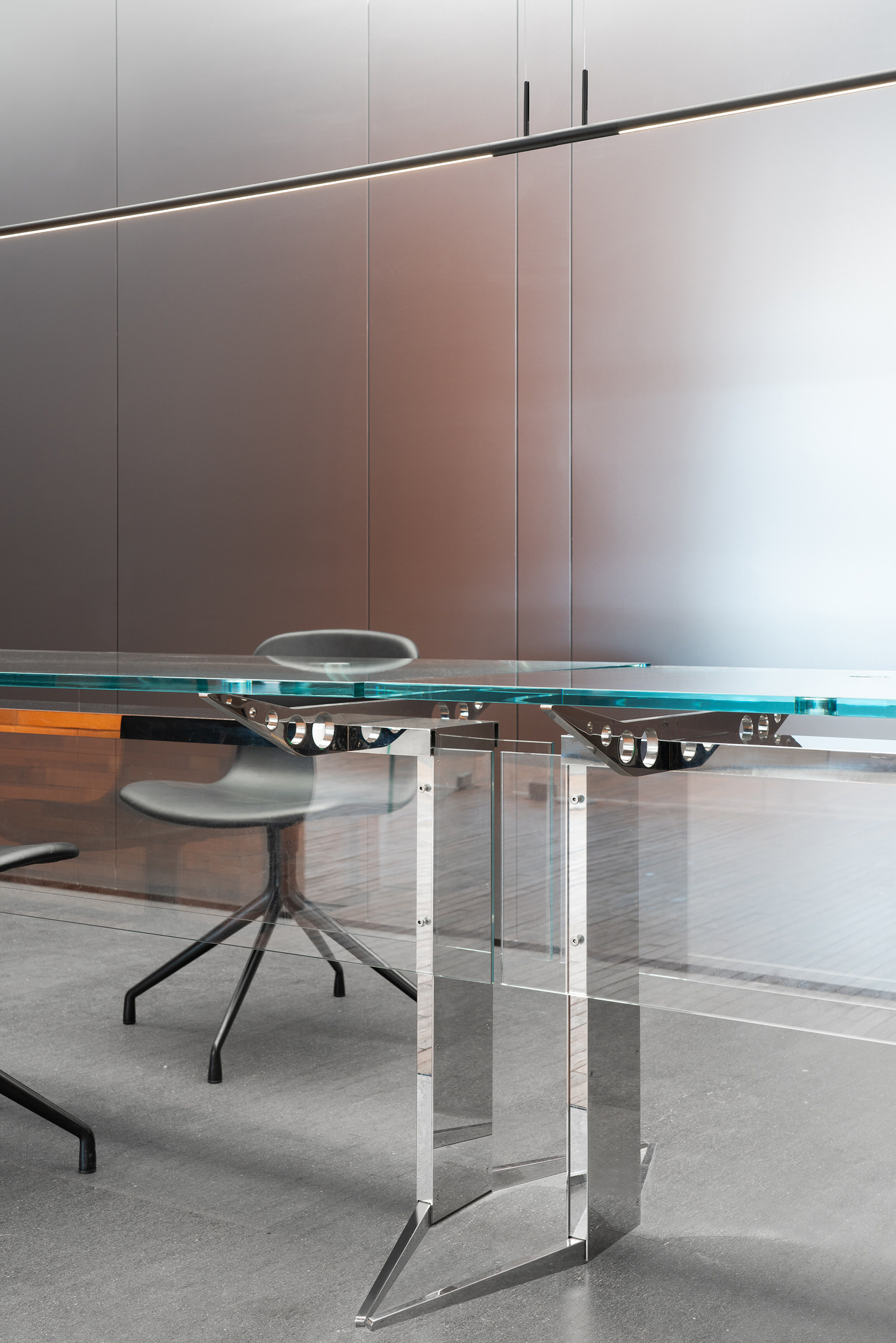 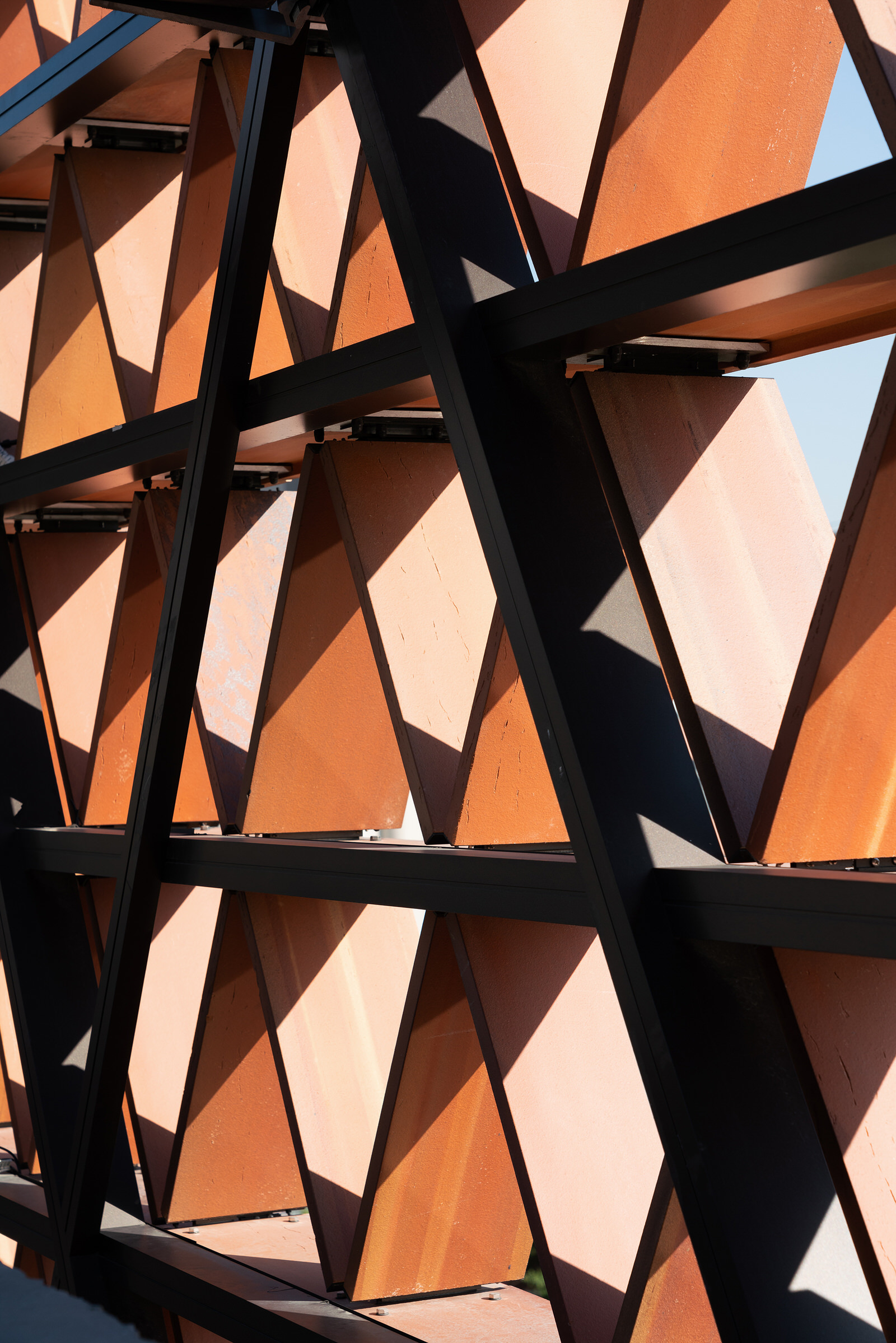 Situated in an impressively paved landscape of terracotta bricks sharply contrasted with garden beds of ebony pebble, trees, and sculptures, the art centre stands as a distinguished monolithic glass box made of four levels clad predominantly in triangular tessellated brick latticework. Two large circular moments also leave a breathtaking impression on the estate, with one being a clear pond that can be admired from within the building. Despite the strong geometry, openings to the building are marked by grand arches spanning up to 29 meters, which later appear as a recurring motif as visitors explore and ascend across each level of the space.

True to being a publicly engaging precinct, the arched openings of the centre reveals a porous lobby for reception and a bar with flexible furniture for pedestrians to traverse and pause respectively. As if it is to keep the heart of the building running, display rooms are on the first while formal spaces such as offices and meeting rooms are located on the second and third. 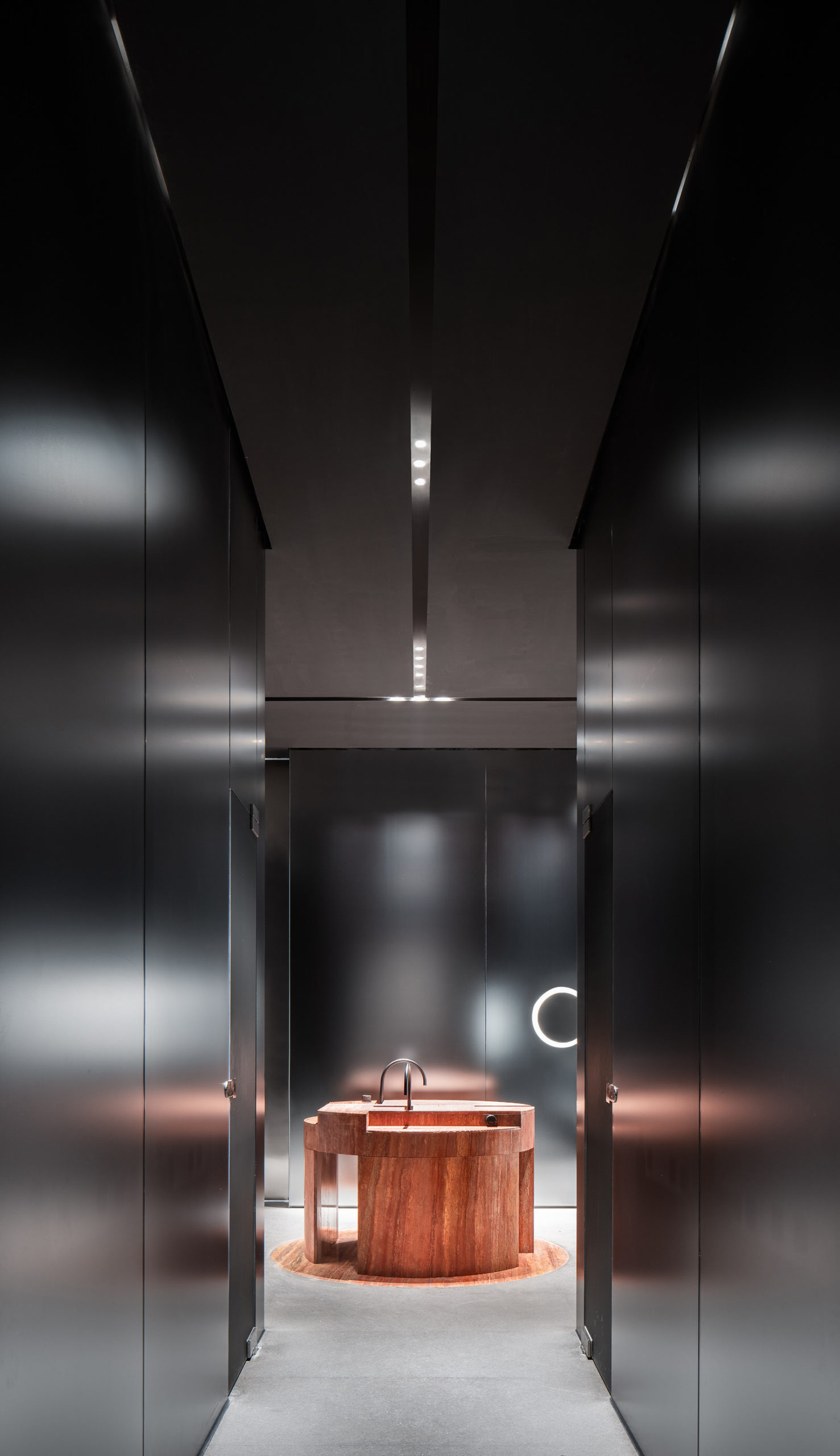 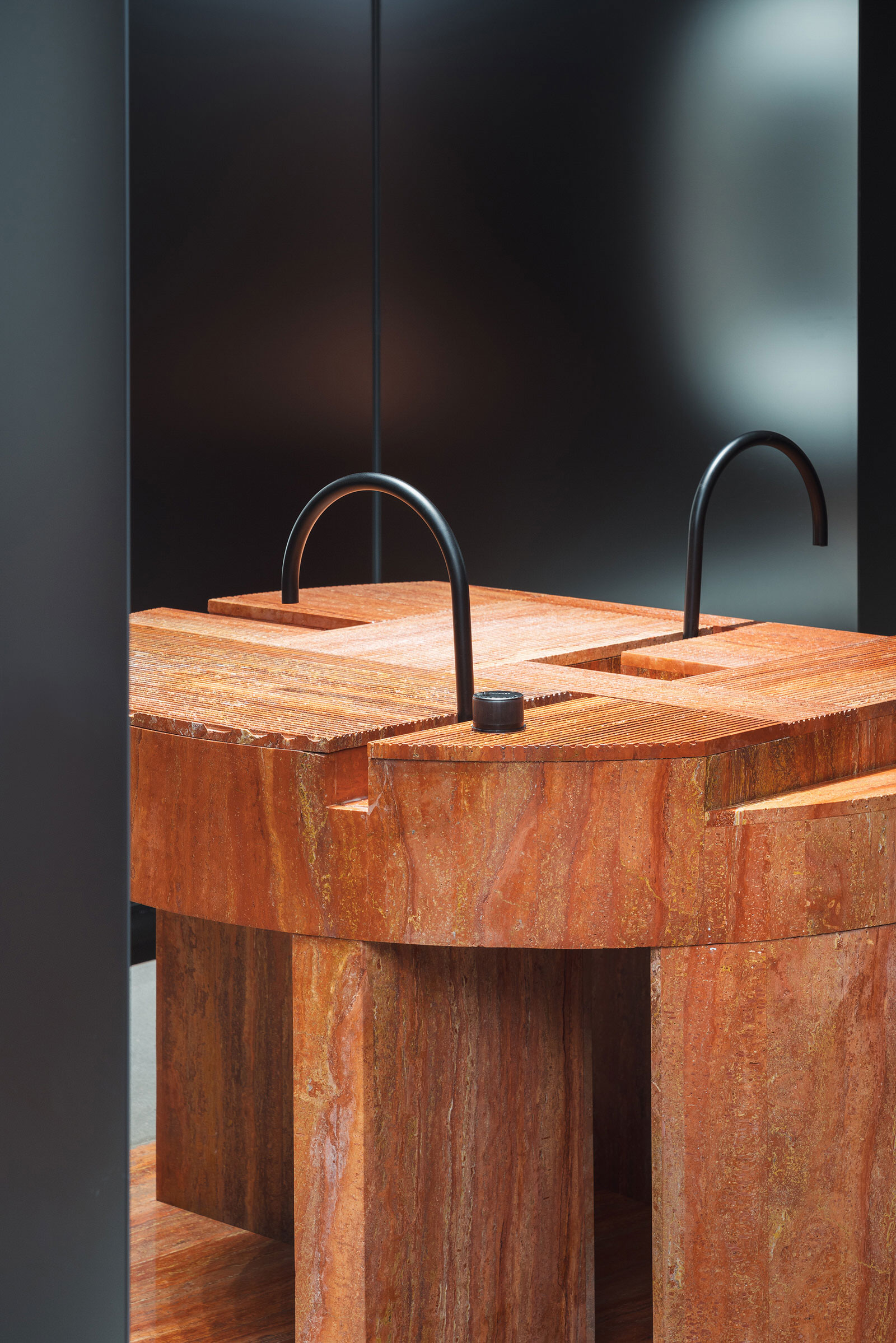 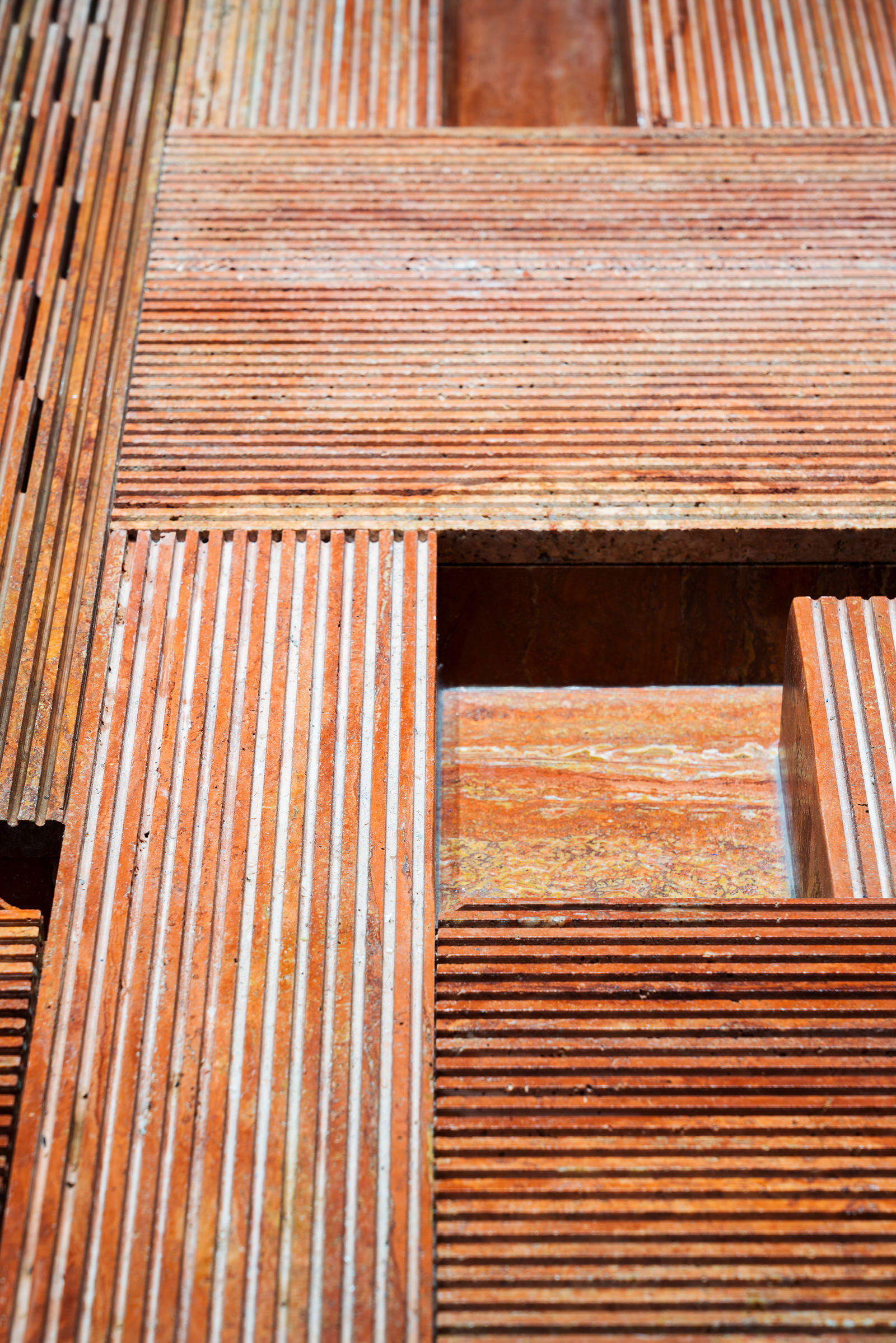 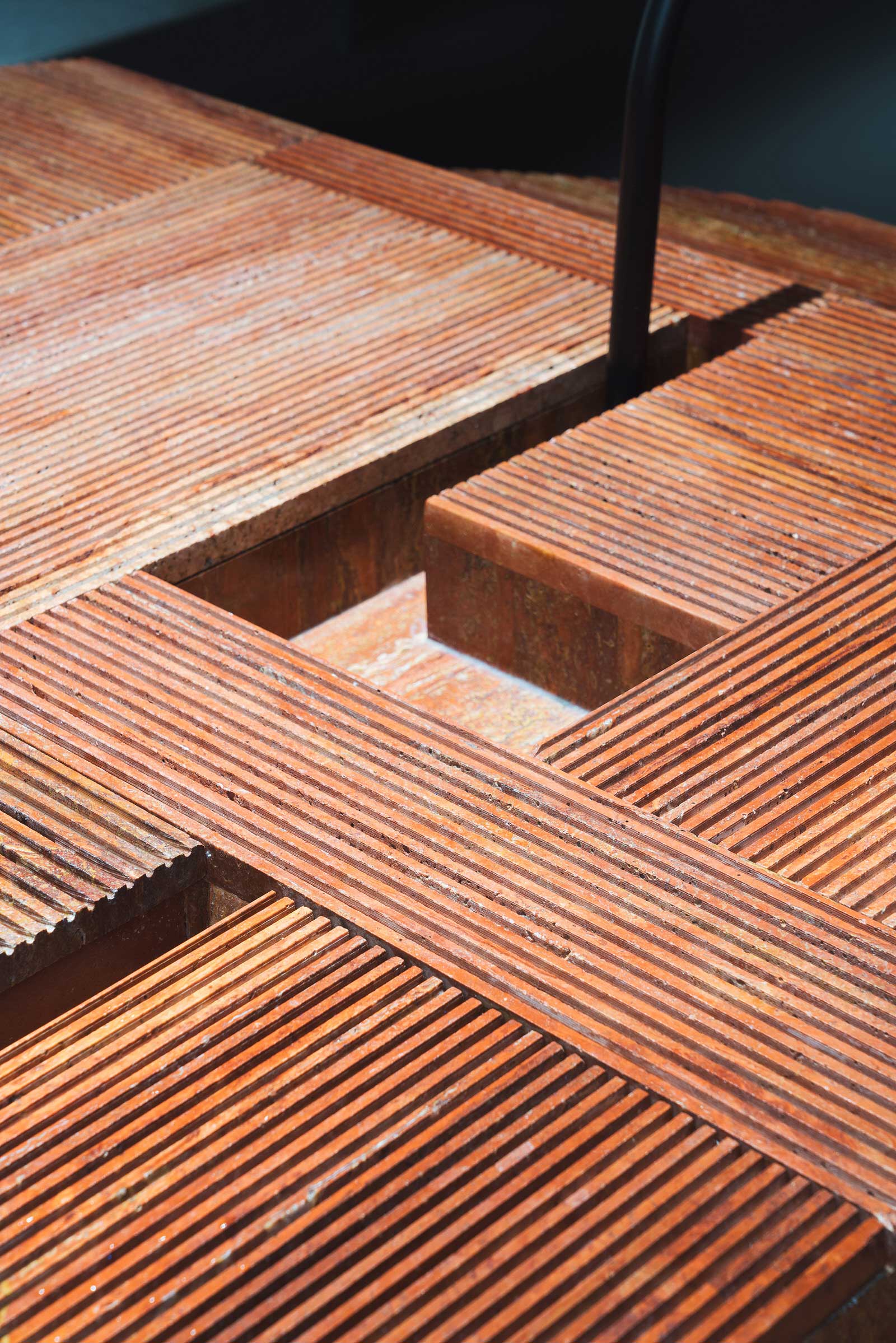 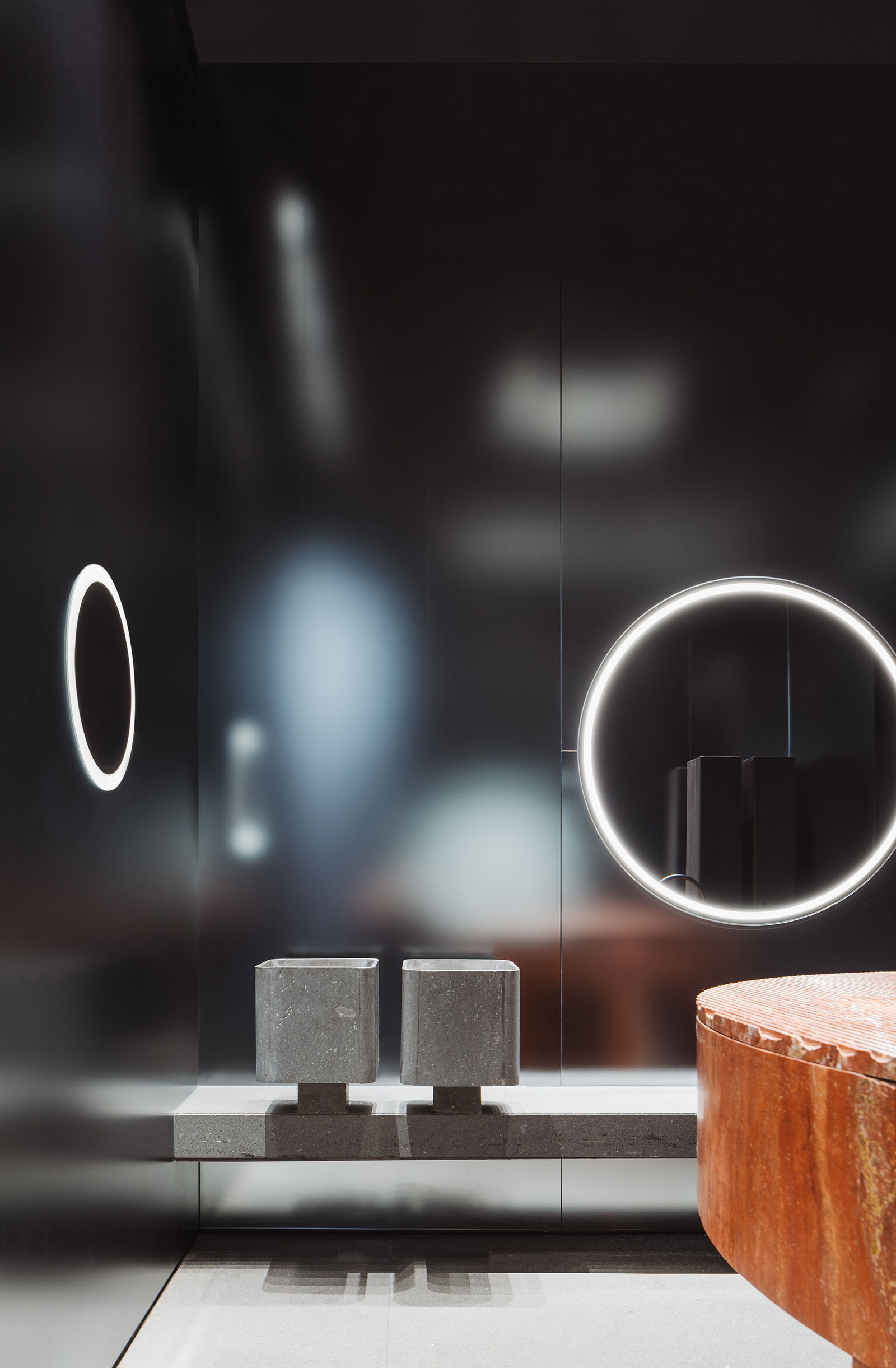 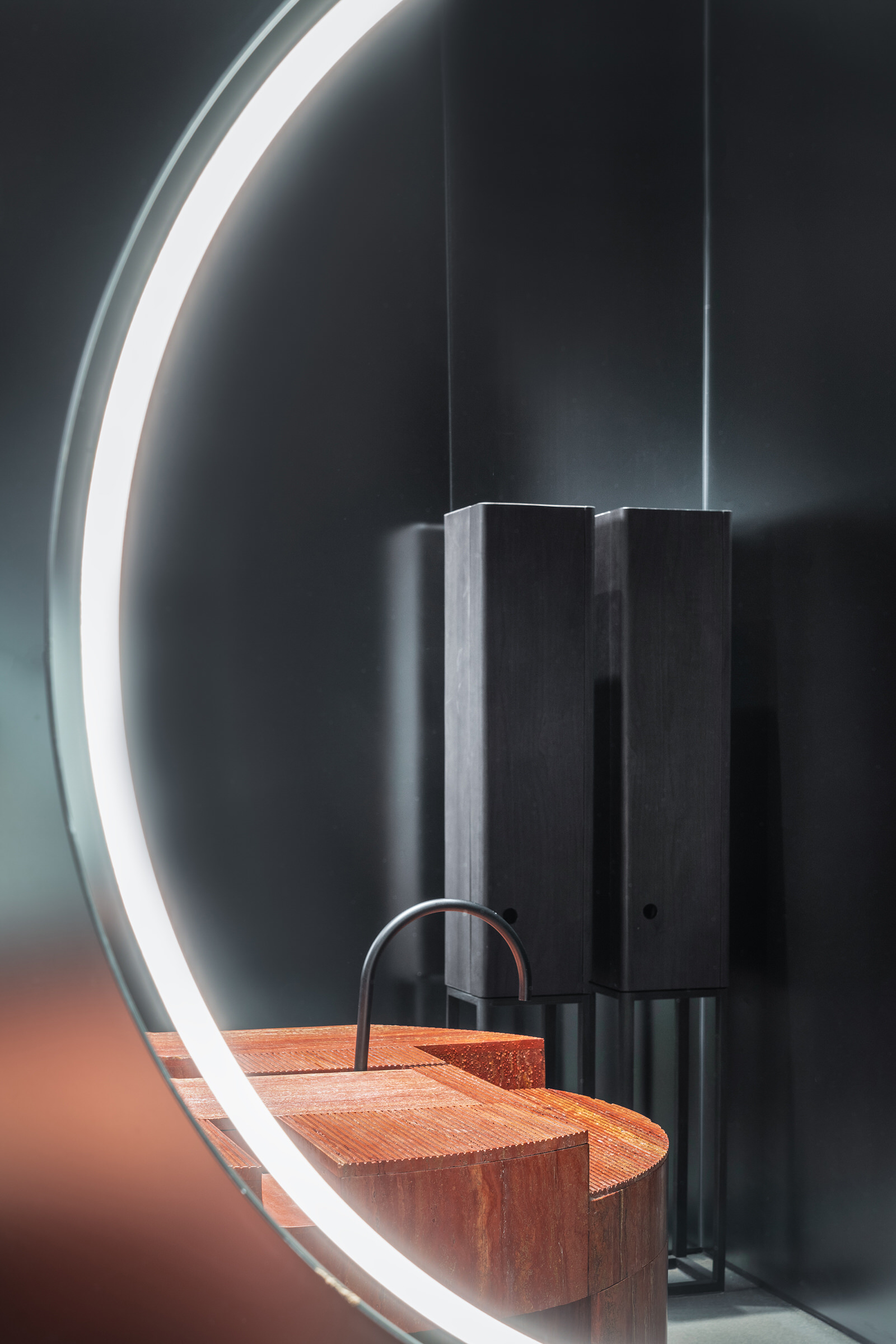 Throughout the interior that contains a mixture of exposed brick and concrete structure, each space is curated with lighting inspired by the classic clothesline and space-age furniture brilliantly lit by large fluorescent panels.

The impressive exterior can be equally felt internally in the infrastructure. Inside, the volume contains a distinguishable corridor (a result of egress planning) that offers the illusion of a split within. Added the openings from the façade, it allows patterned shadow and lighting to dip into the building, complementing the hard and soft edges found within the interior. The dedicated use of brick, inspired by traditional building methods, was also reinvented as a response to the fading of craftsmanship.

A subtle reinvention to the production of brick which included casting in moulds as well as structuring to minimise its environmental impacts were considered—something that is not visually obvious but ought to be recognised.