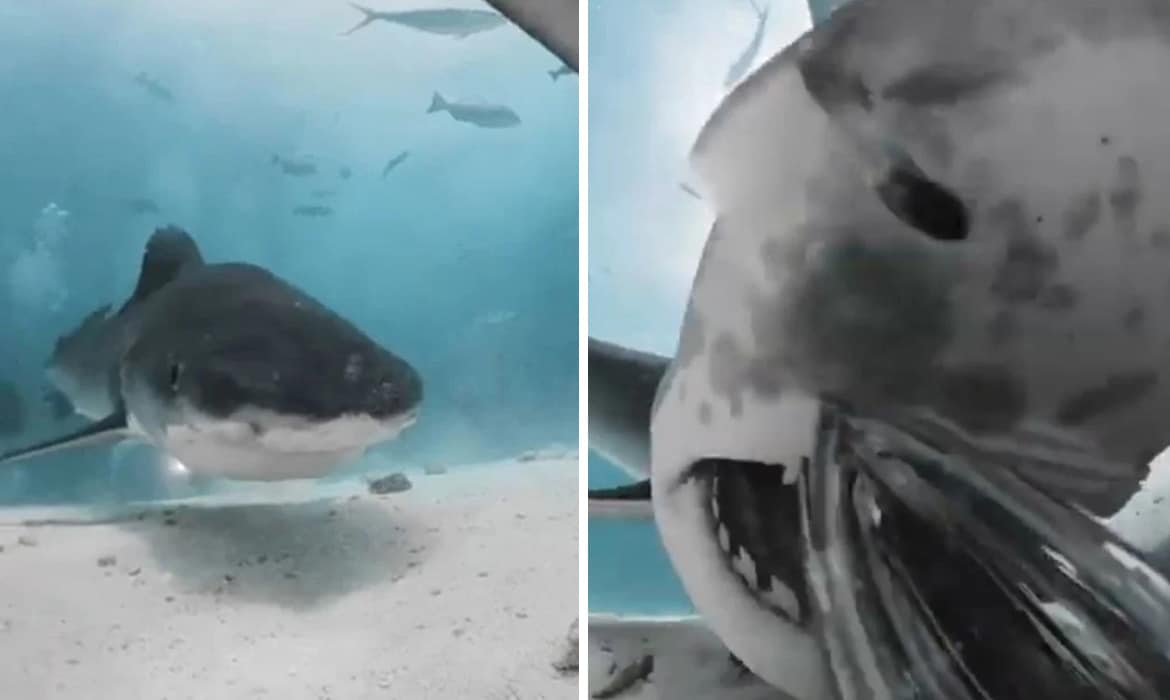 A rendezvous with a shark is a scary prospect for anyone swimming in the ocean. Cinematographer captured what it’s like to get eaten by a tiger shark—sort of—when one of the creatures devoured his underwater action camera. The footage lived to tell the tale and offers a thrilling 360-degree view inside of the shark’s mouth.

Zimy Da Kid was working on a documentary shoot near a circle of sharks when one of them got curious about the equipment and swam over to it. In a 27-second video, the shark chomped down on the camera, which then takes us on an unexpected journey. We travel beyond its terrifying teeth and into its closed mouth with its gills on the inner wall of its throat.

Once past the confines of its jaw, the surreal sight shows off a smooth ridged interior. But that’s as far as it made it; the shark realized that the camera wasn’t food and spit it out. The cinematographer was left with this short but incredible footage.

Zimy Da Kid was on an expedition as part of , an environmental conservation organization that is centered around creators who are using their talents to create compelling images well below the surface of the water. “Art has this unique power of being able to create emotions within people and once people start loving something, they start caring about it and protecting it,” . “This is exactly what I want to do through my art!

A tiger shark got curious and gobbled cinematographer Zimy Da Kid’s underwater camera. The footage lived to tell the tale, and it’s a short, fascinating watch: