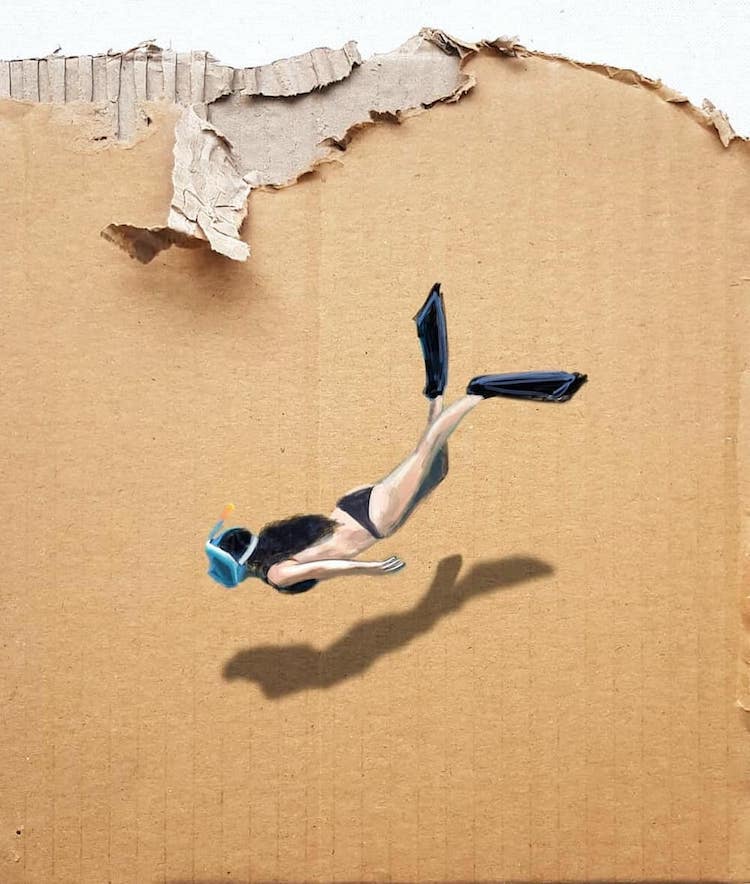 Iranian artist specializes in adding to her paintings. Previously, she has placed them within sculptural strokes of paint, and now, she’s exploring more unconventional mediums in which to show her whimsical figures. Entitled Invisible Waters, Golchini’s newest series reimagines sheets of cardboard as an aquatic backdrop for acrylic renderings of swimmers, sunbathers, and other beachgoers.

As the name suggests, this series portrays a beach setting by the attention given to the figures rather than the background. Golchini imbues each person with rich details in their swimwear and accessories, which transforms the plain cardboard into a new environment. Some figures sport snorkeling gear and fins, while others relax on their towels and soak in imaginary rays of the sun. Although these tiny painted people are typically solitary on their canvases, Golchini will occasionally add a colorful fish or floatable pool toy to enhance the composition. The artist also uses convincing light and shadow so that these renderings appear to be three-dimensional—even on the flat surface. All of these clever touches transform an overlooked material into a lively miniature world.

You can purchase original paintings and prints of Golchini’s art via her shop on , and keep up to date with her latest creations by following the artist on . 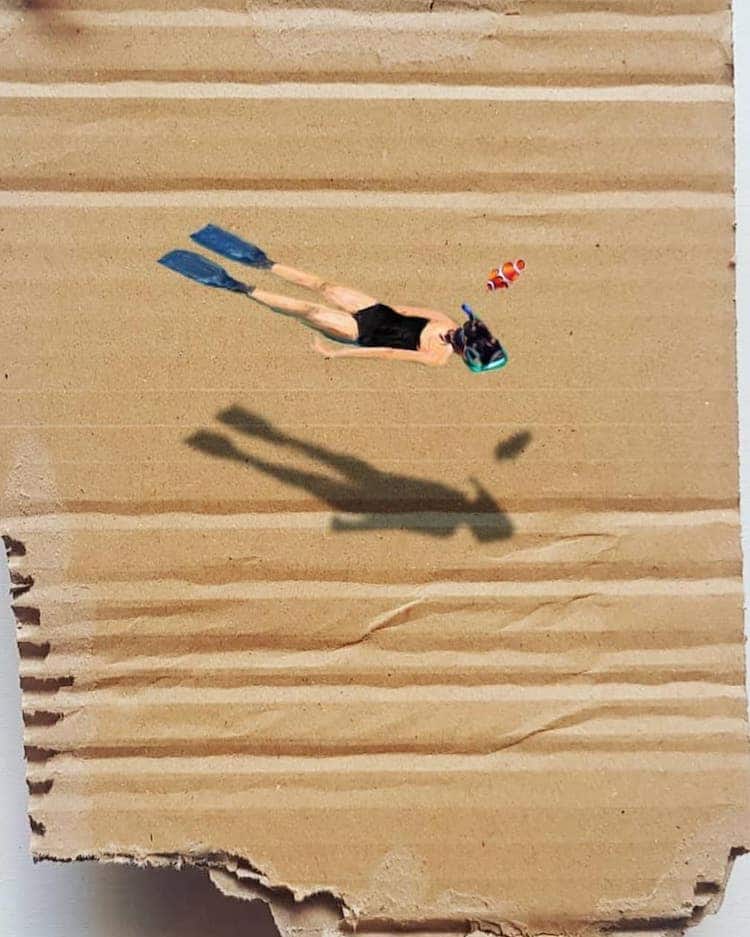 The series is called Invisible Waters and imagines the cardboard surface as an aquatic setting for swimmers and other beach dwellers. 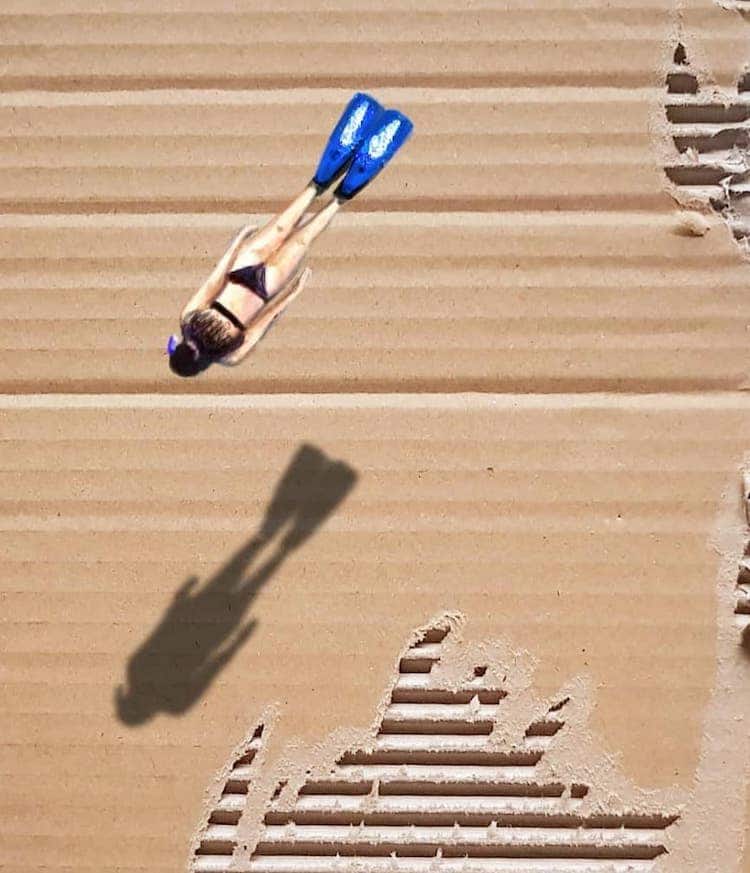 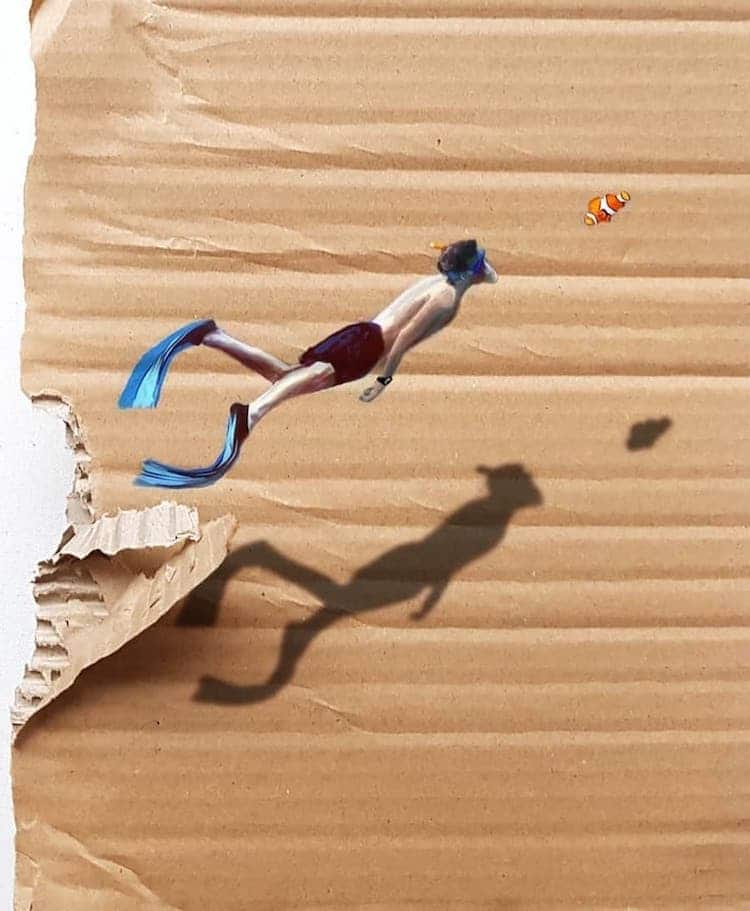 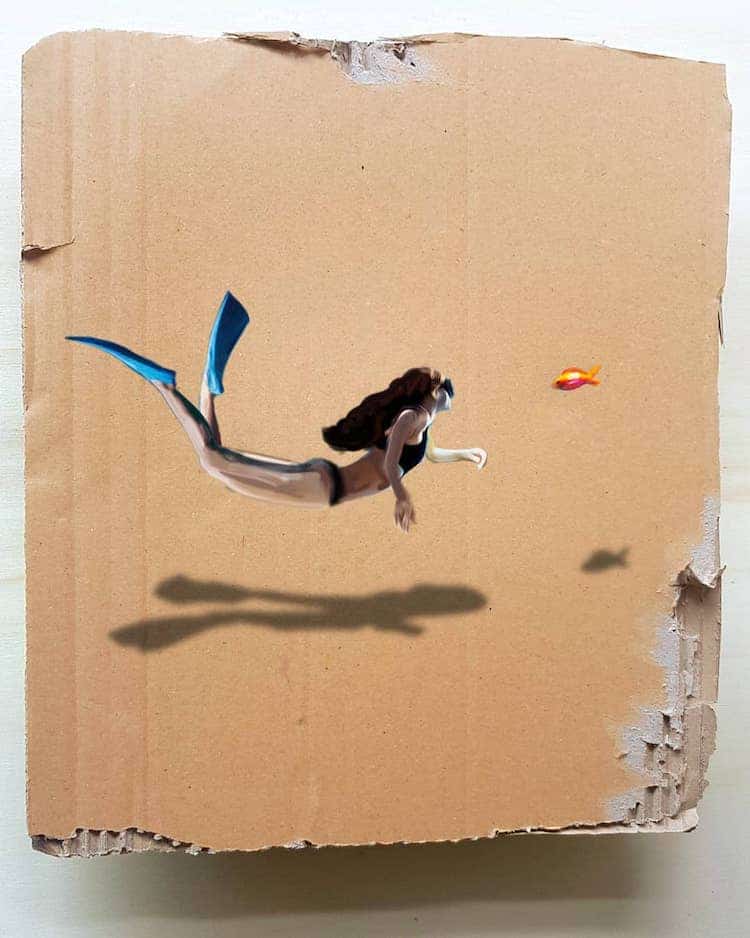 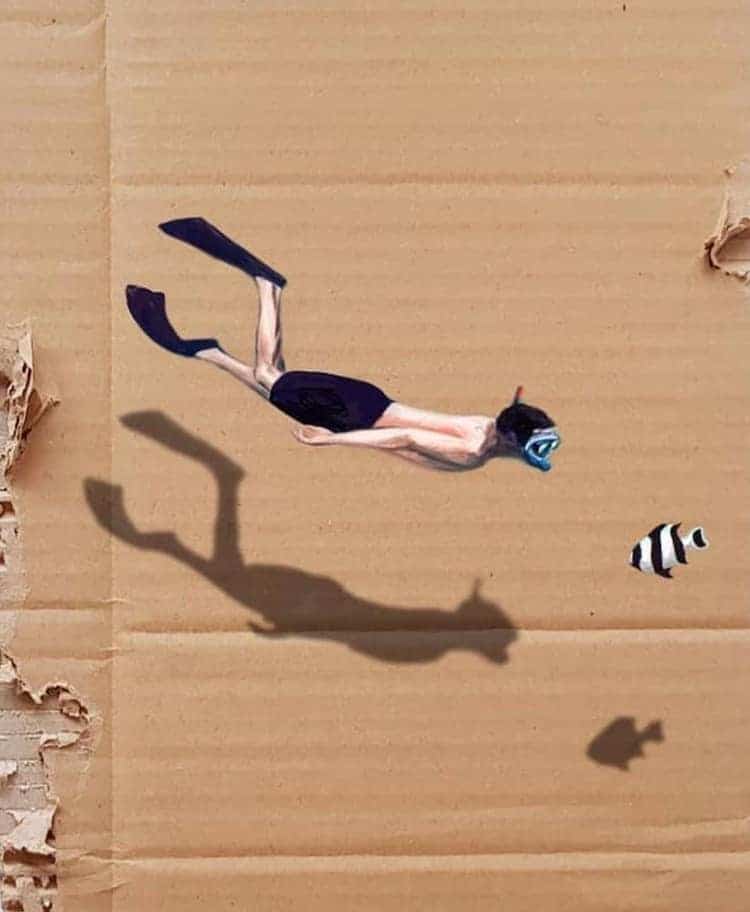 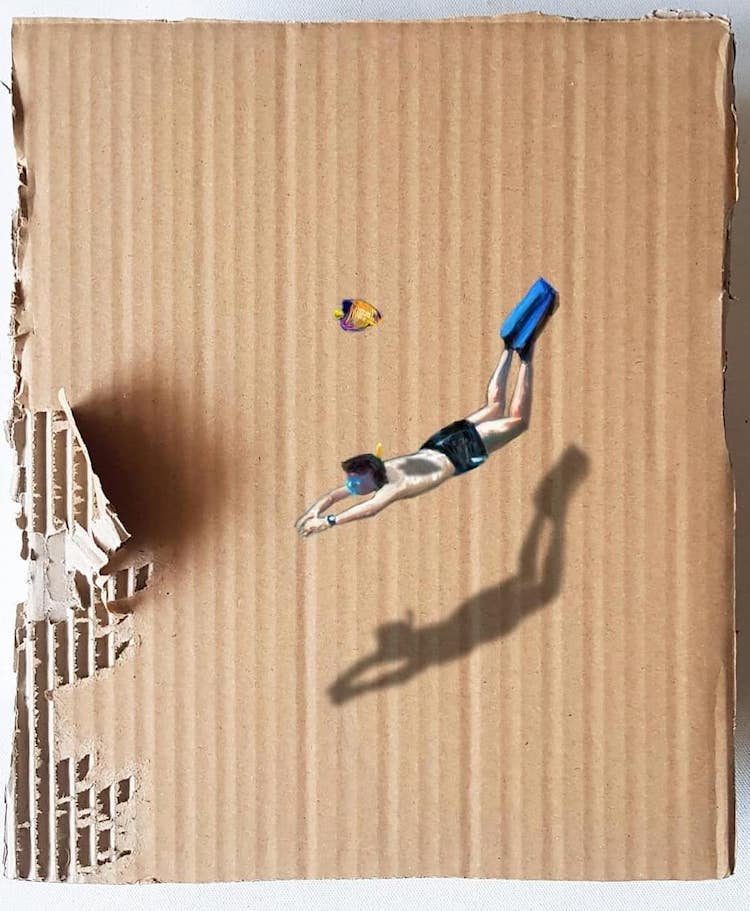 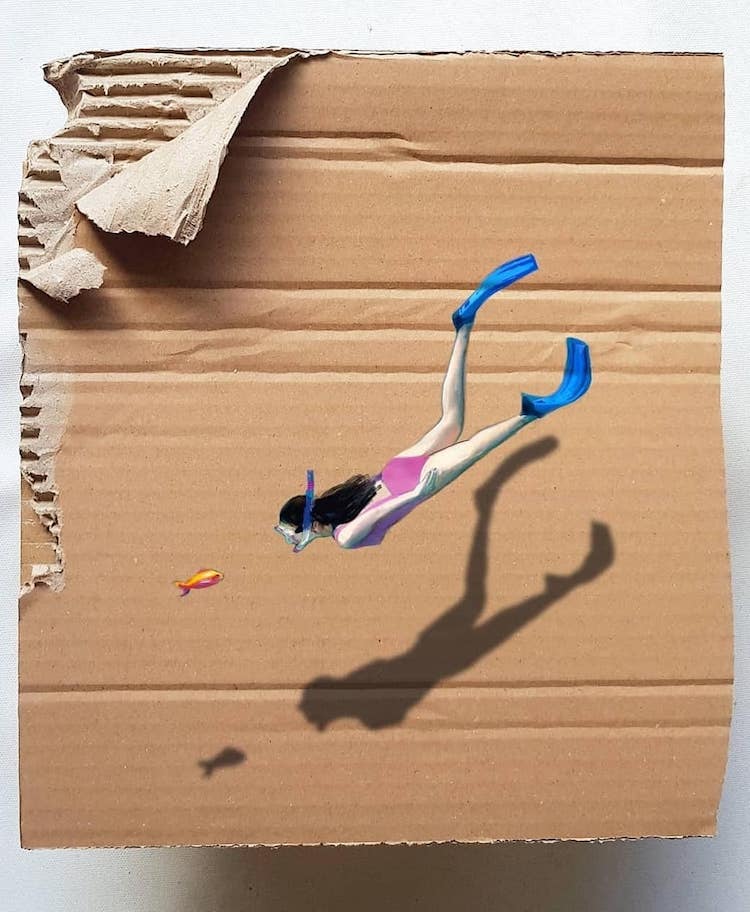 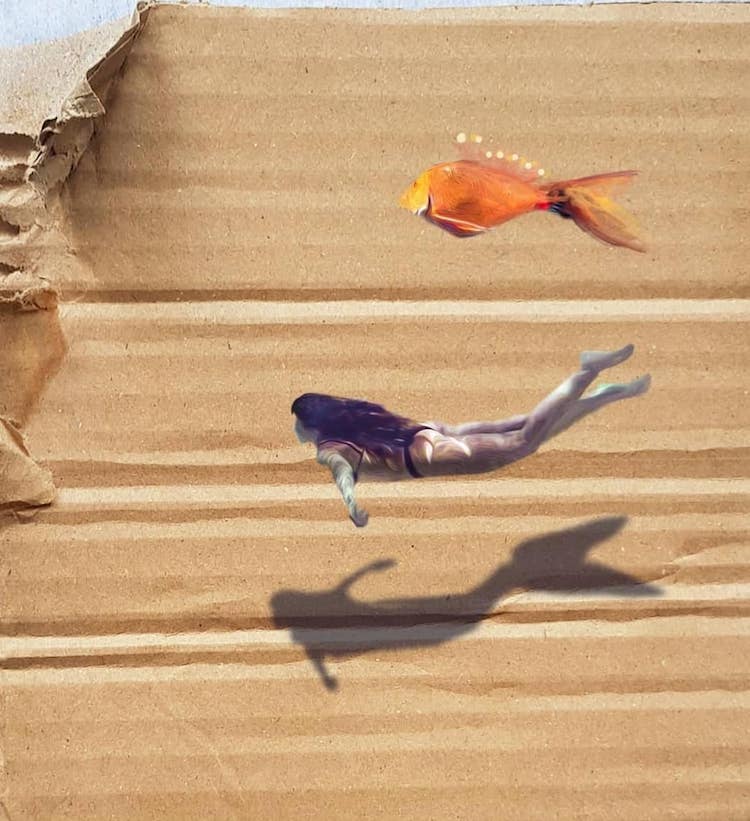 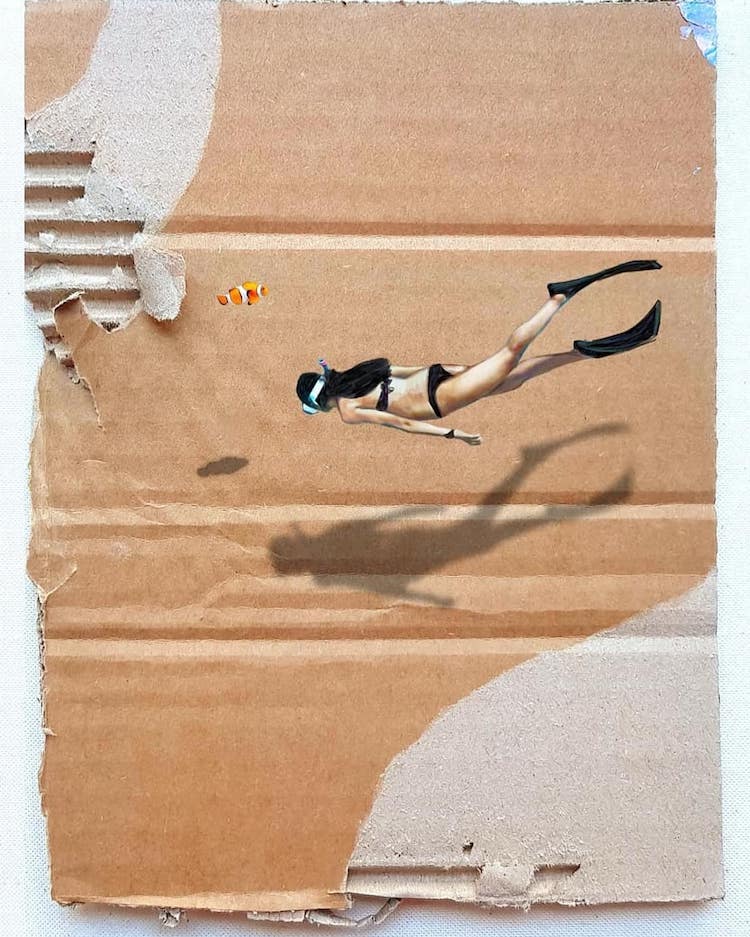 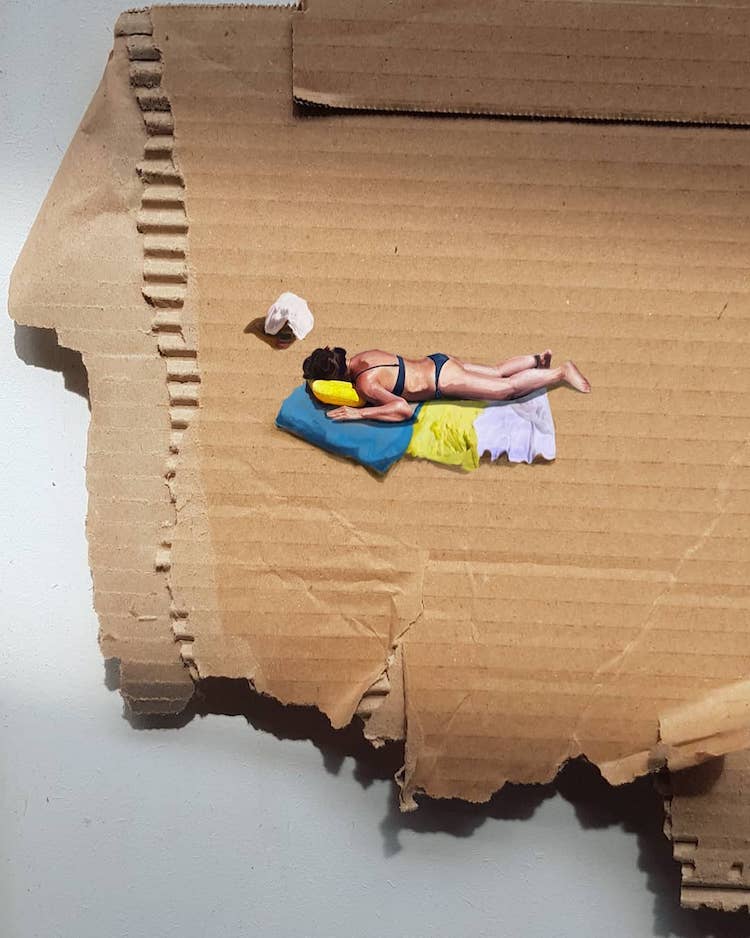 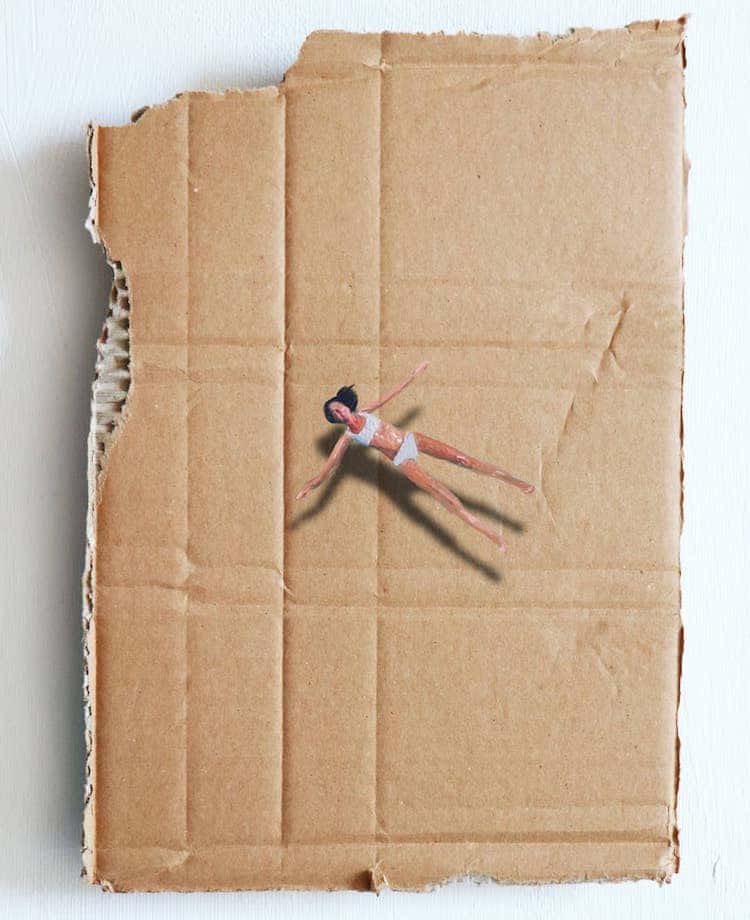 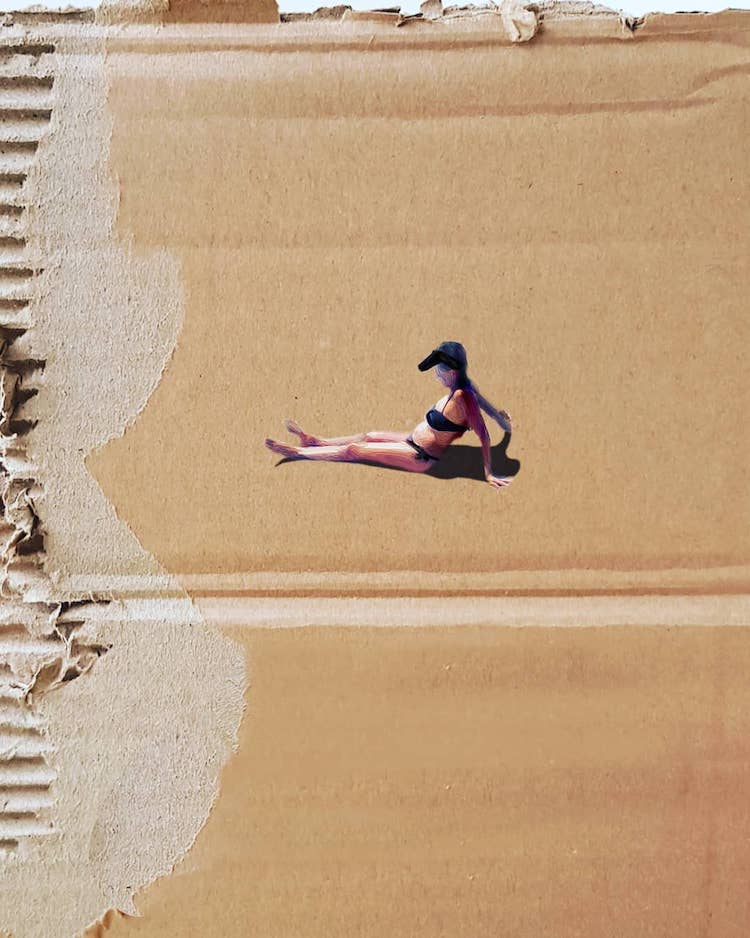 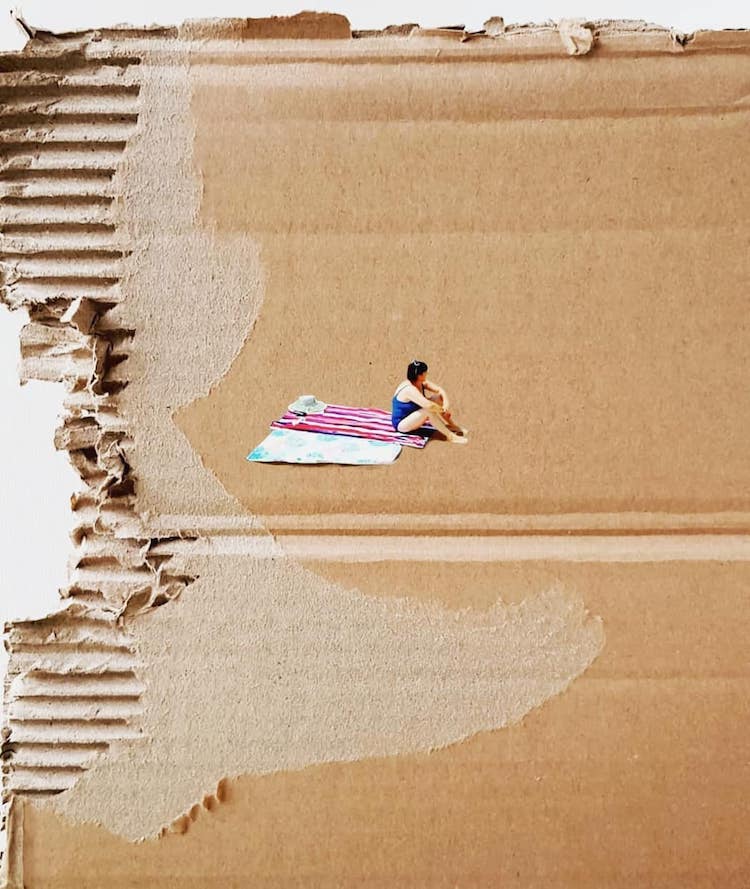 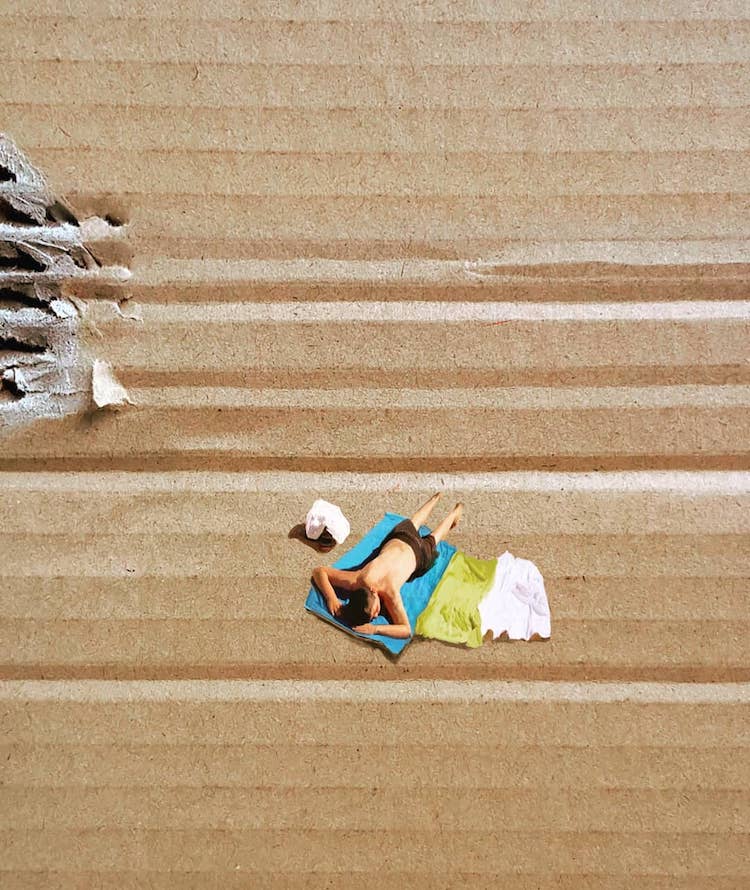 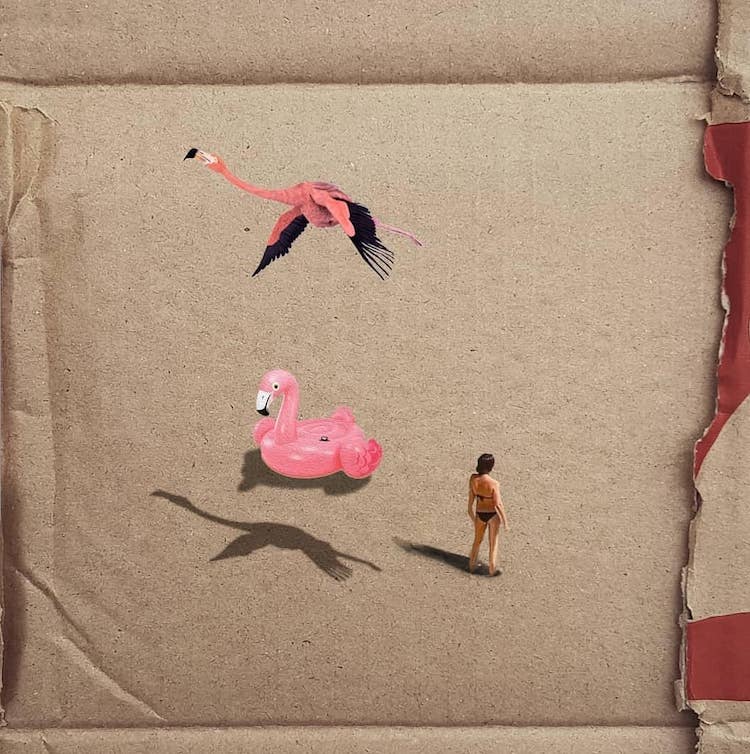 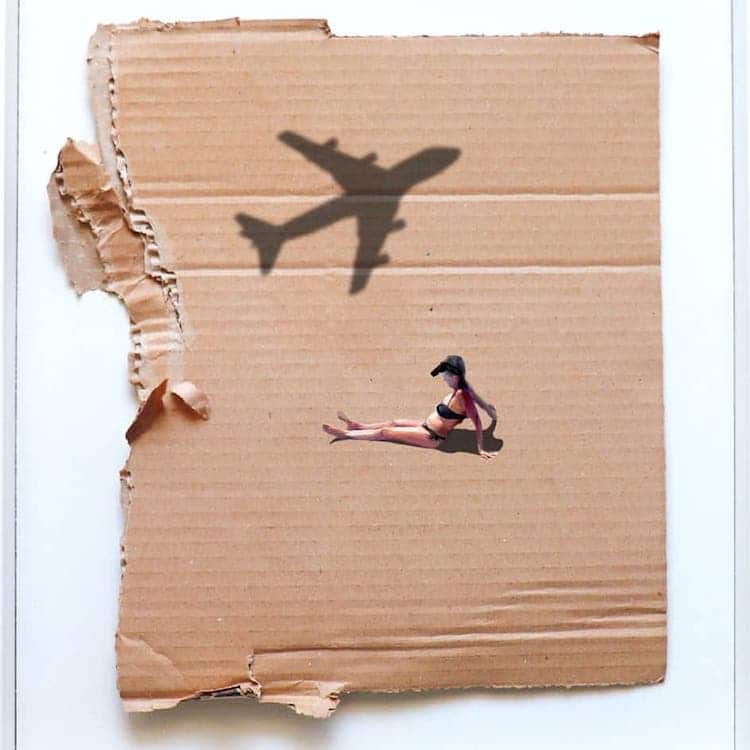 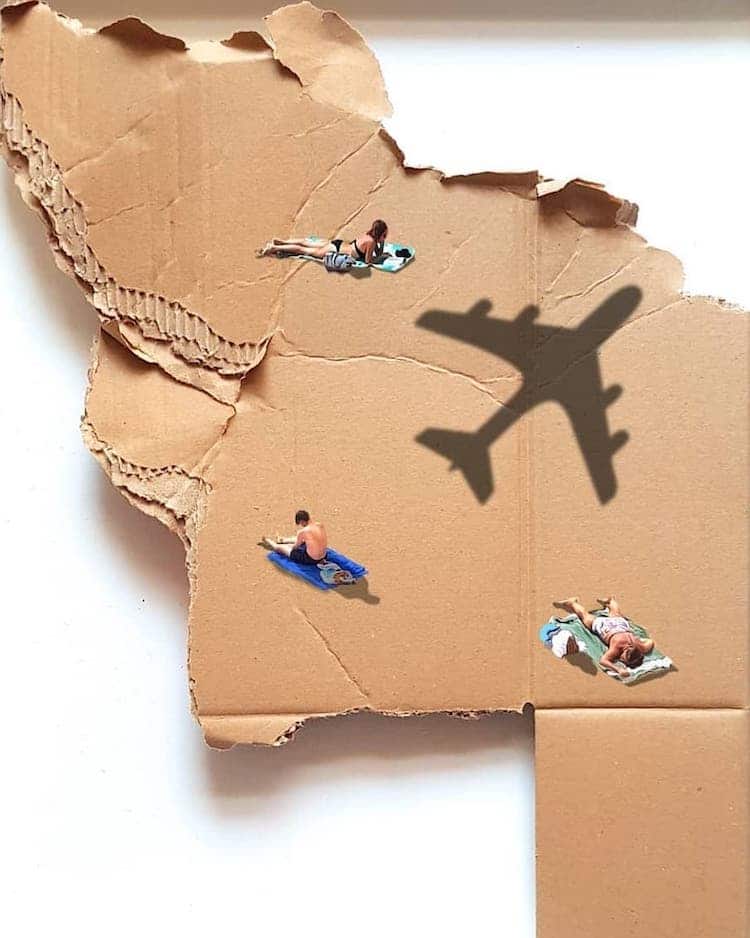 Watch this video for a closer look at one of Golchini’s Invisible Waters pieces: