Trainspotting: Why do people do it? Freddie Miller’s new photo project investigates 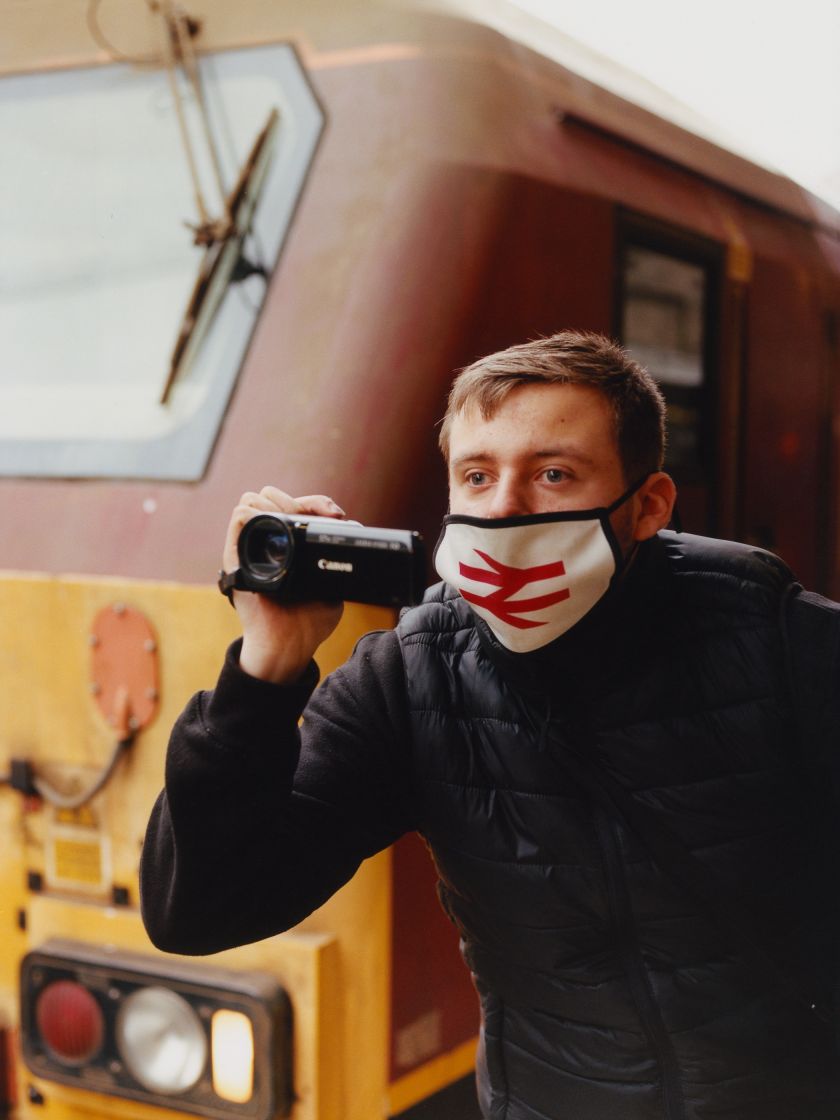 So long are the days when trainspotting would only interest the older types. Thanks to TikTok star Francis Bourgeois (and probably many others), trainspotting has been made cool again. The activity is a classic British subculture that recently caught the eye of , a photographer from Bristol who’s now based in southeast London.

Having piqued an interest in the subject matter after seeing Francis on TikTok, he more or less became “obsessed” and needed to find out more. A few meetings with real-life trainspotters later – to “understand what motivated them” – he started to document his findings with his camera. Queue his latest project, aptly named Trainspotters.

“The challenge with this project was finding trainspotters,” he explains. “I’d never seen one in real life, so I had no idea where to find them.” To kick things off, he first headed out to some of London’s stations to test his luck. “After a few freezing and fruitless January days spent hanging around in stations wondering if trainspotters even existed, I realised that I would need to become a trainspotter myself to find my subjects,” he says.

Similar to method acting, one would assume, Freddie delved into the forums, “clued” himself up on trains and headed back out there. “Once I knew more and began to enjoy the hunt, I started to encounter trainspotters all over London, and it just fell into place. The trainspotters gave me tip-offs about where to go, shared knowledge about trains and were generally very happy to chat and be photographed.” Oh, and Clapham Junction and Peterborough were the “hot spots”. 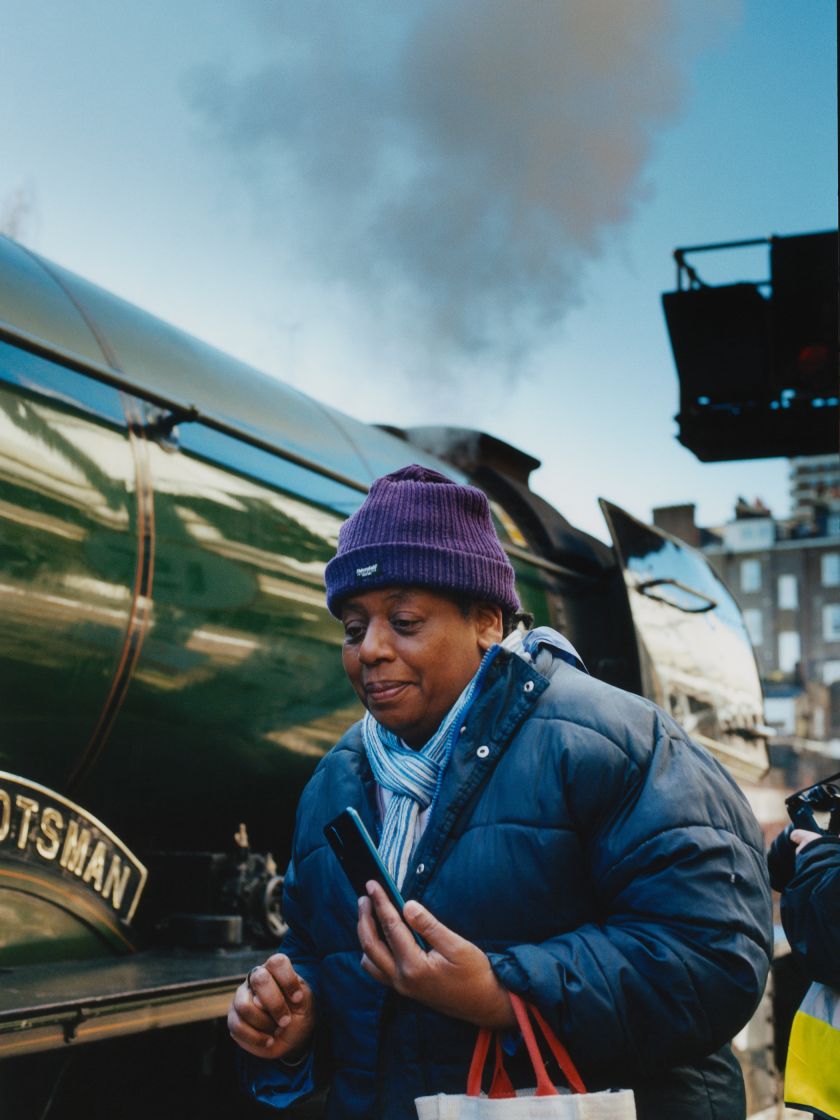 A moment of glee by the Flying Scotsman, London Victoria © Freddie Miller 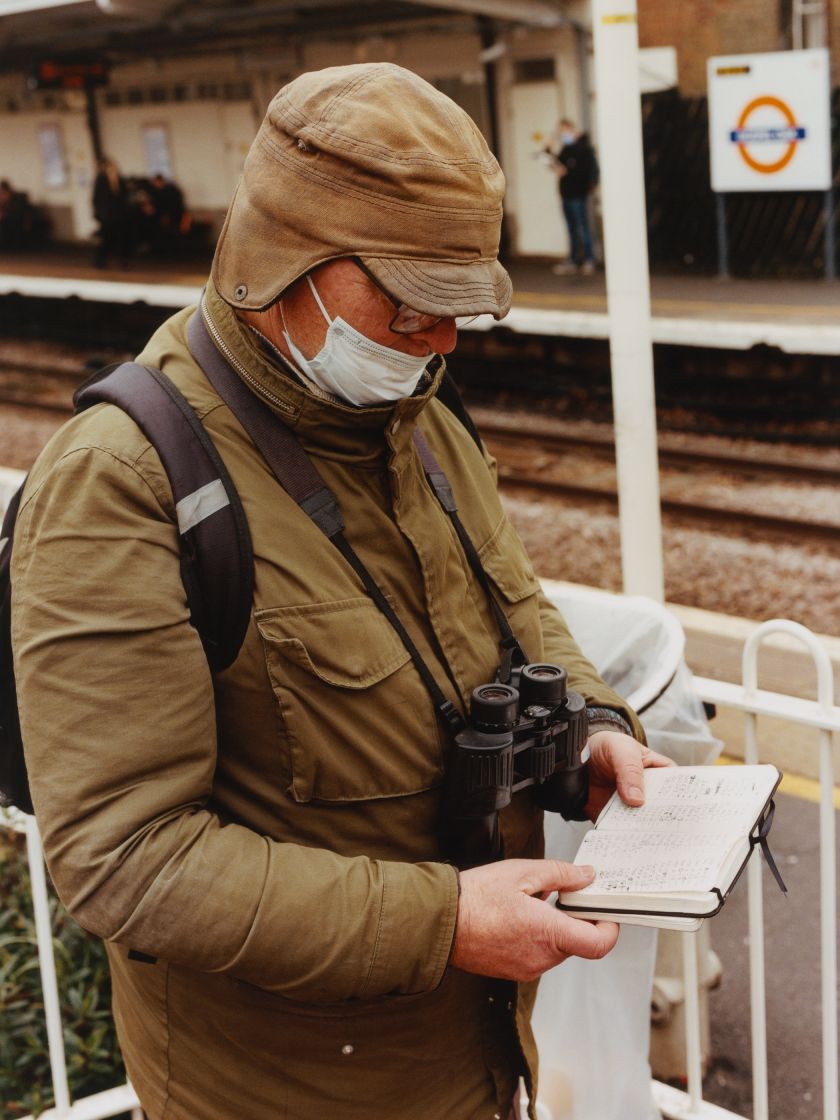 On the hunt for for class 378s, Gospel Oak © Freddie Miller

After working on the project for a while, Freddie started to understand the fascination with such a subject as trains. So much so that he was struck by the “sheer joy” of it all, where trainspotters would quite literally stand for hours on platforms looking at them. Freddie likens the avid trainspotter to the football fan and how they interact with their team – “Pure passion!” – and it can be anyone from old to young. “Community was also a big theme – gathering around an interest and forming relationships seemed a big part. At Peterborough, I chanced on a trainspotter meet-up where around ten trainspotters were chatting and helping each other record the train numbers they needed. That felt quite special!”

There are a few key memories that Freddie likes to look back on while making this series. The first was the debut trainspotter he’d met, who told him, “I’m on a ‘yearbash’ – spotting as many calls 378s as possible. I’m already on 4,000 trains this year”. Freddie would watch him wait for overground trains to go by and cross the numbers out. He then said, “I started spotting trains in the ’70s, saw all the trains and then got into bird spotting. Now I’m back on the trains again!” This begs the question as to whether trainspotting could be akin to those of obsessive nature, attracting people who feel the need to observe, collect and tick off their lists. Perhaps he has the answer in another one of Freddie’s photos – a smoky portrait of two men in high vis. “The image captures something meaningful for me. The iconic National Rail logo on a young trainspotter’s facemask really struck me – it is a metaphor for getting out there and doing something you love, despite the challenging times we are living through.” 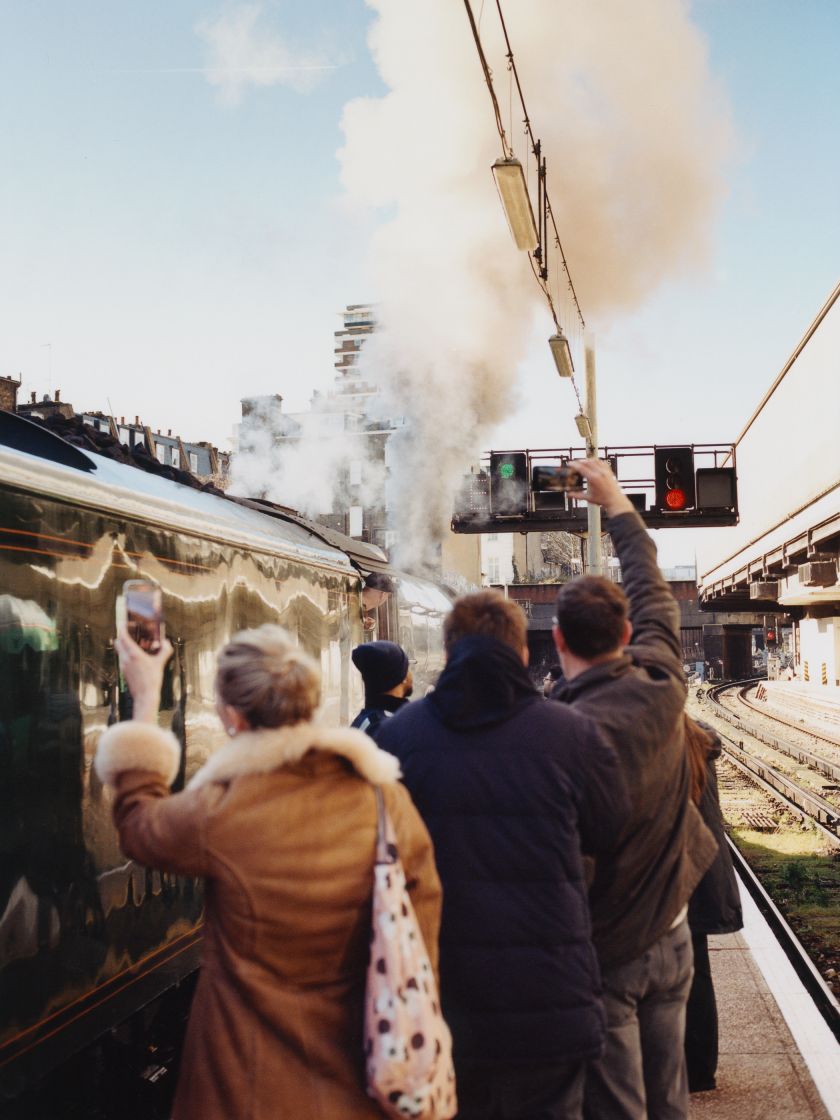 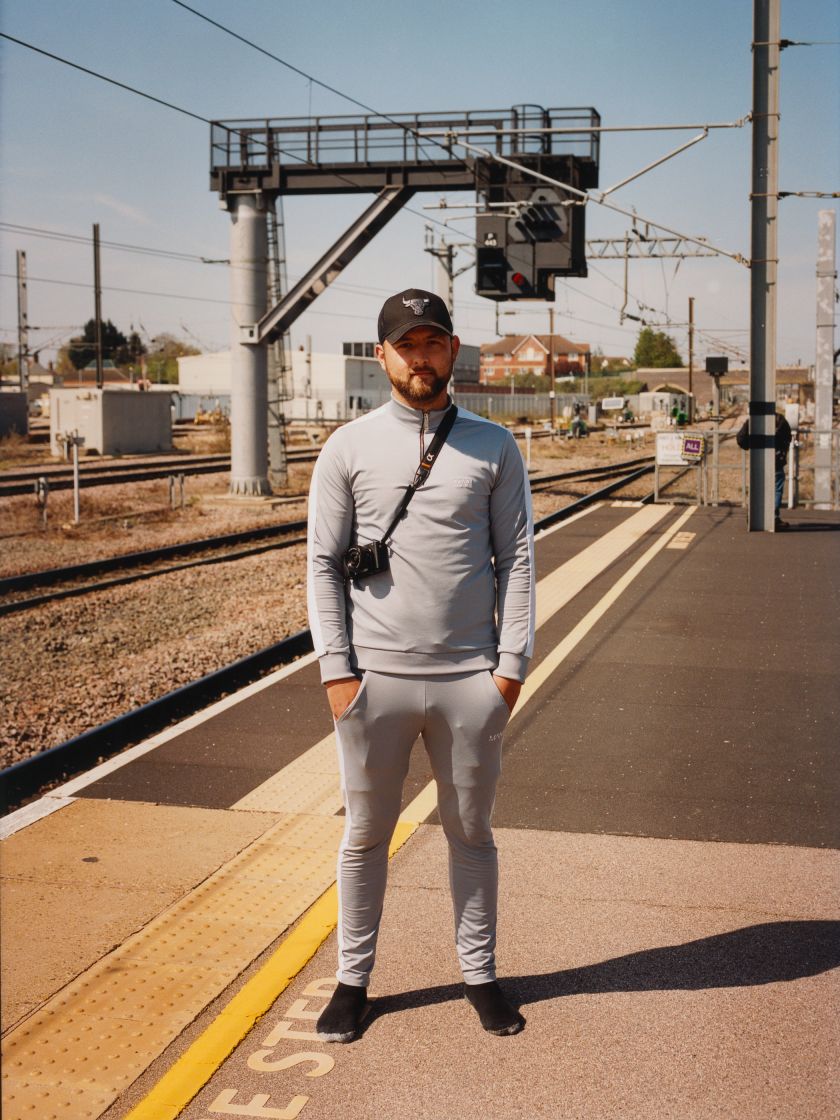 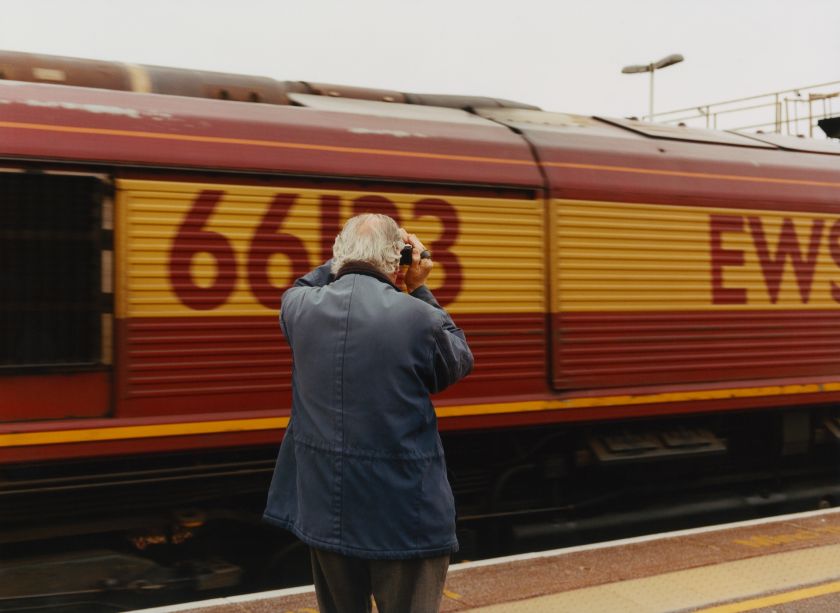 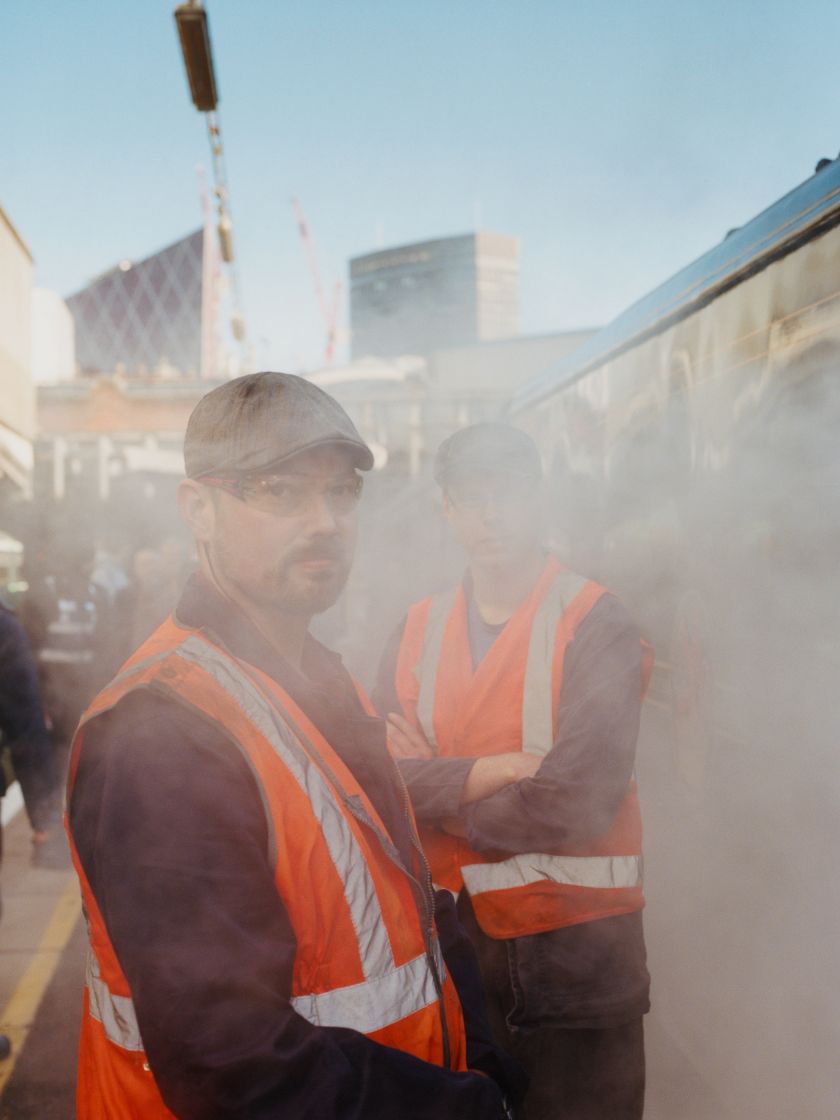 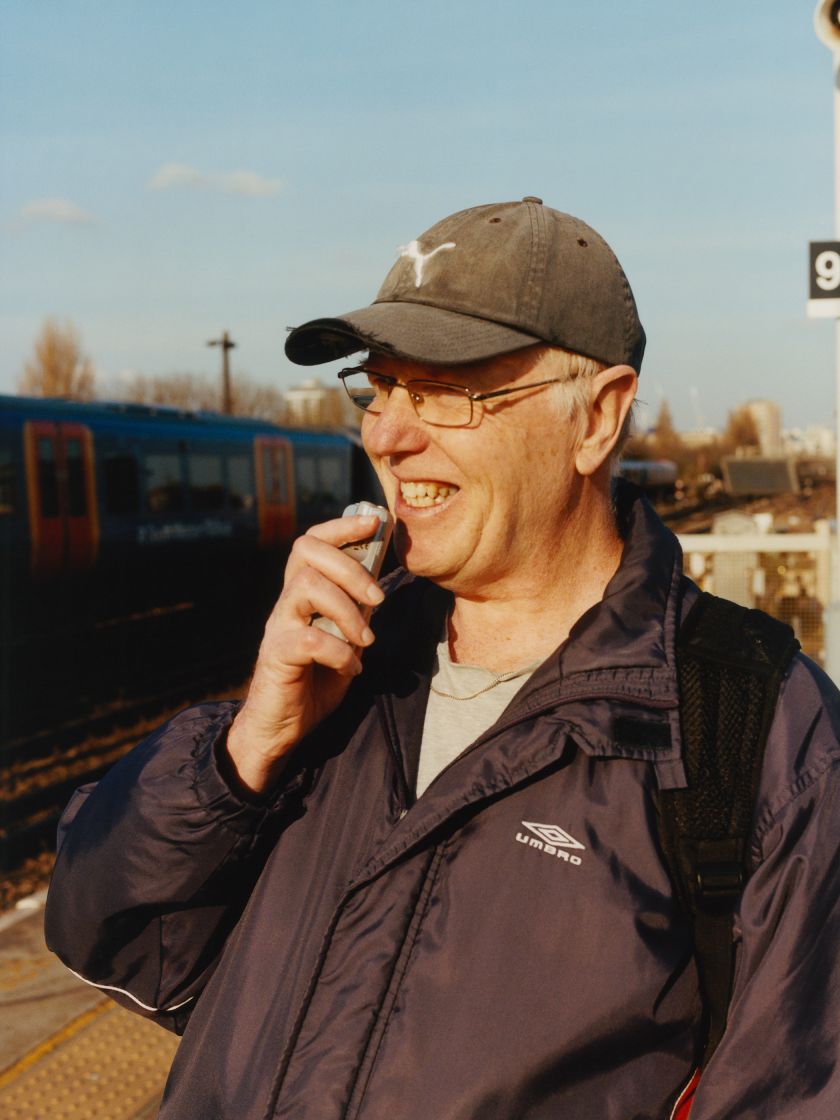 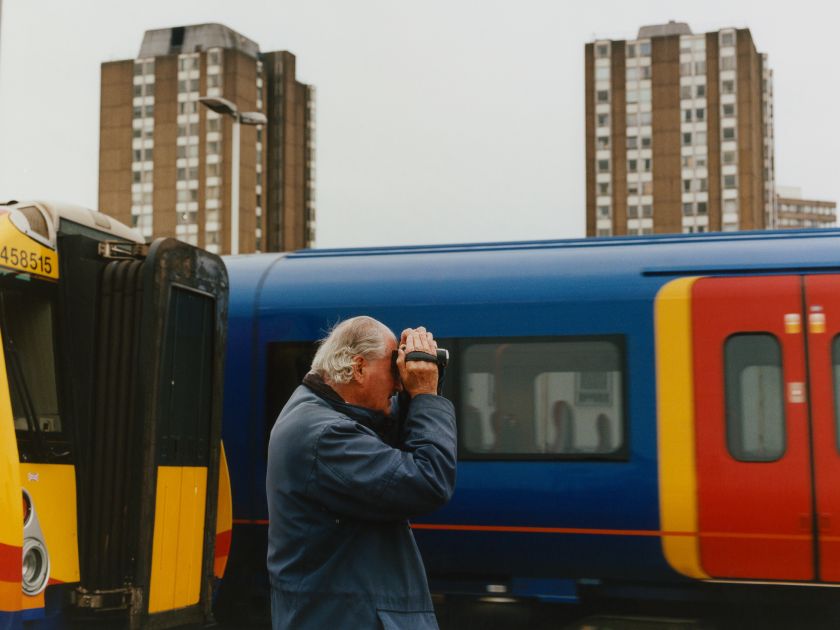 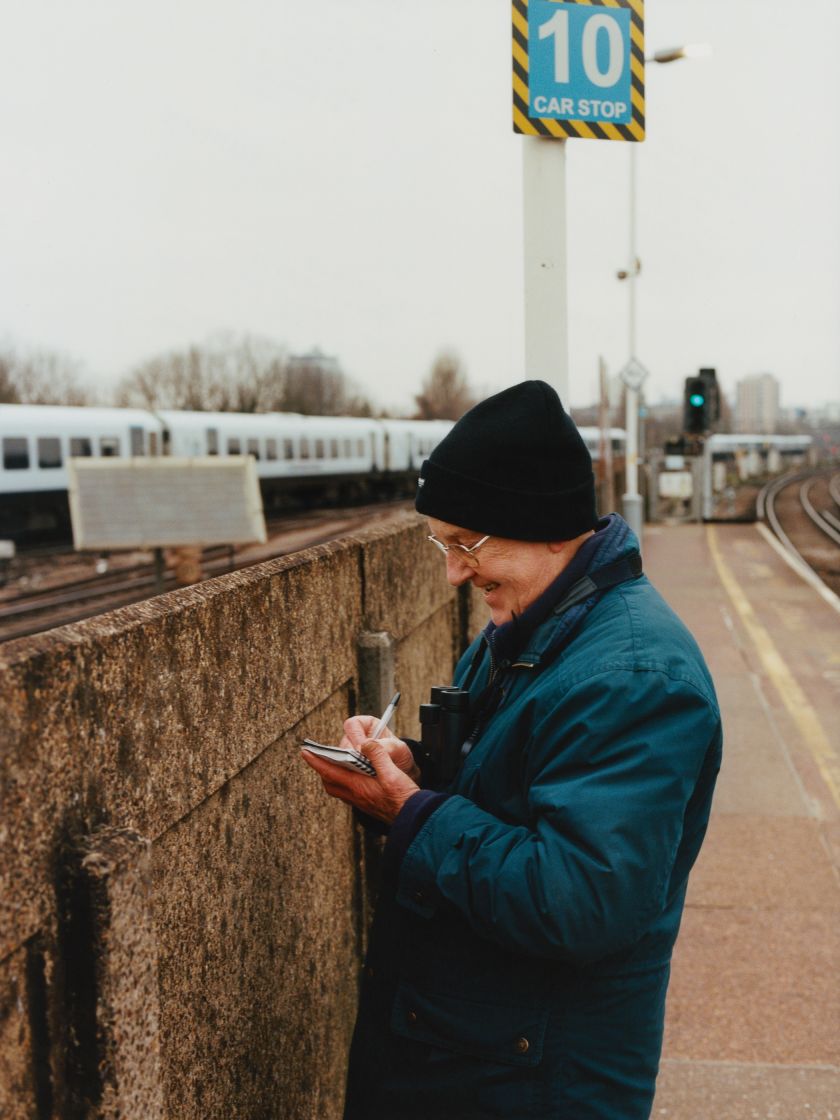 The joy of getting a train number, Clapham Junction © Freddie Miller 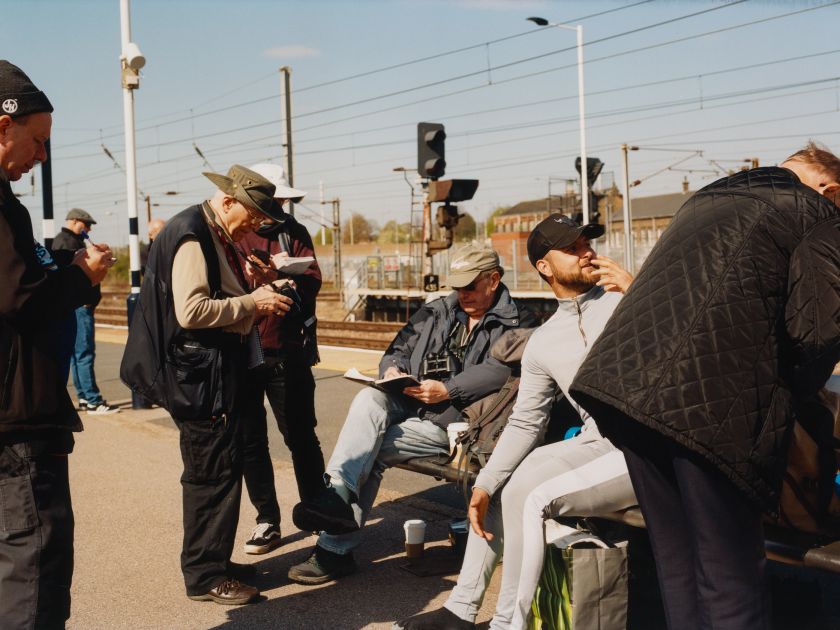 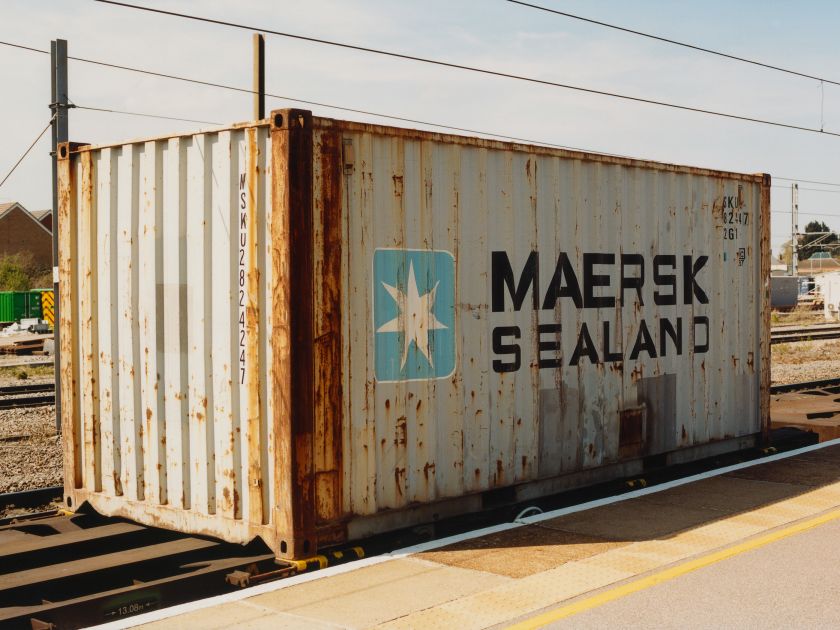 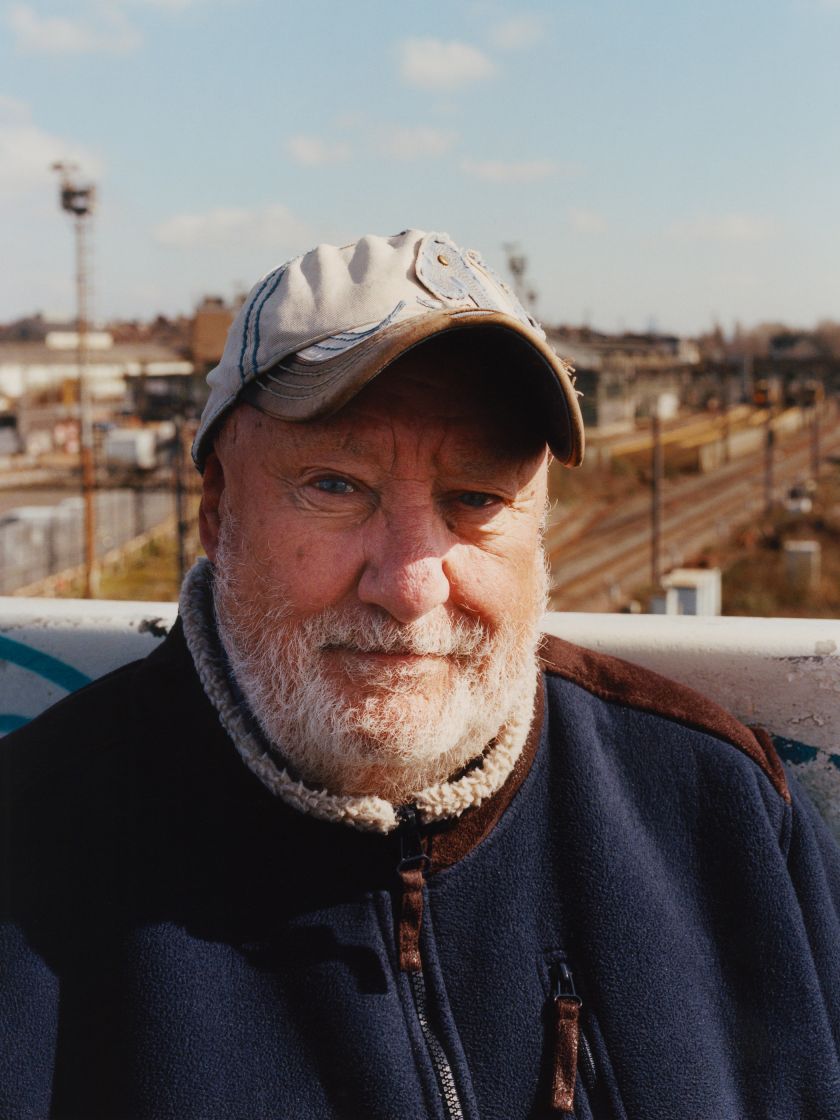 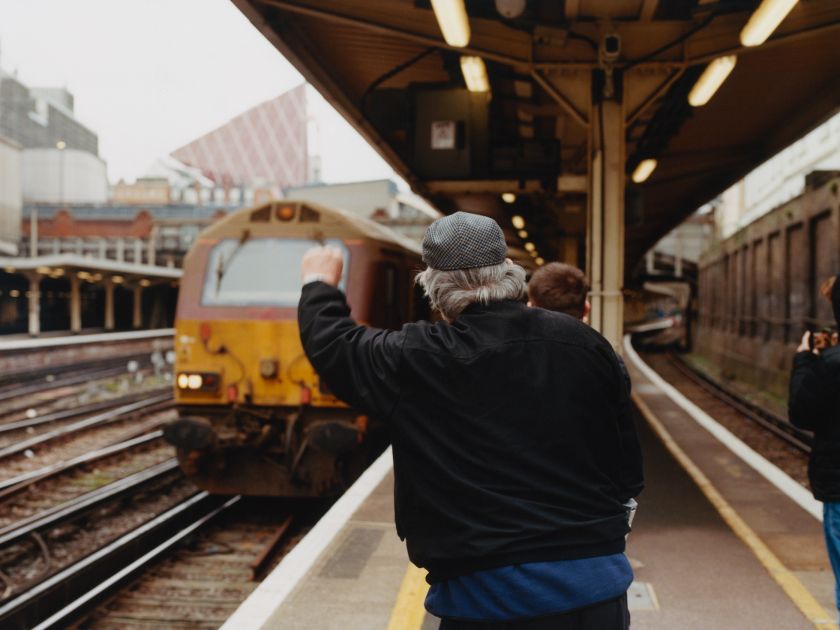