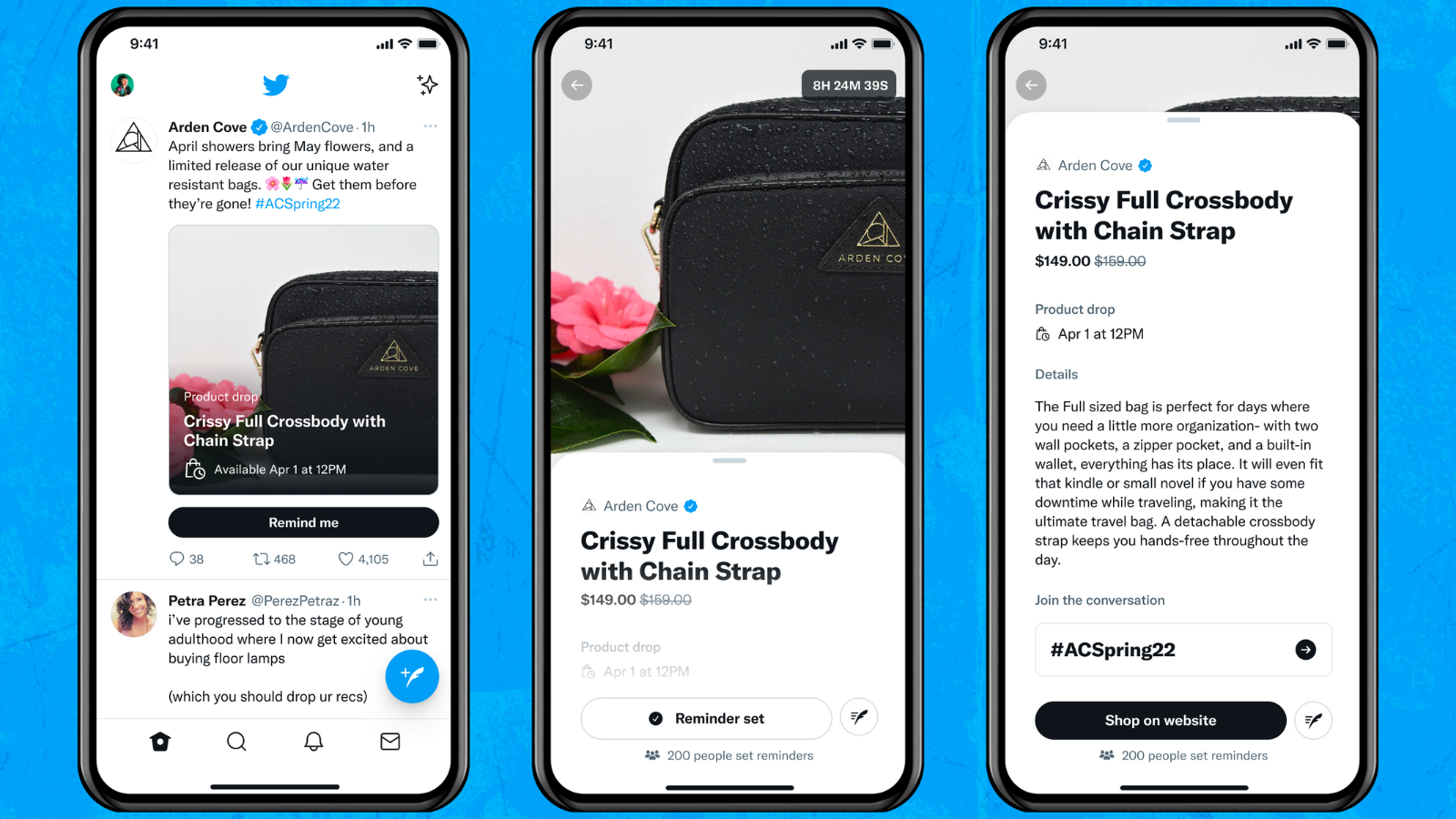 is coming for an even bigger slice of the social commerce pie.

The company announced Wednesday that it’s rolling out a new shopping feature called Product Drops, which will let merchants tease and promote new launches right on the app. Shoppers will see a “Remind me” button at the bottom of Product Drop tweets that they can click to enable in-app alerts in their Notifications tab, which appear 15 minutes before and at the time of the drop. Tapping that notification when the drop goes live will then pull up a “Shop on website” button that redirects to the merchant’s website.

Want to learn more about an upcoming product before you commit to reminders? Clicking directly on a merchants’ Product Drop tweet will open a full-screen Product Details Page with a description of the item, a photo, pricing, and a clickable hashtag that’ll show you what other people on Twitter are saying about it.

Twitter will let you shop while watching a livestream

“We’re excited to give shoppers a way to do more than just talk; with Product Drops, we’re making it easier to go from conversation to product discovery to purchase,” Twitter staff product manager Justin Hoang explained in a blog post.

Product Drops is the of Twitter’s — and maybe its most inevitable, given how essential the app has become for monitoring launches and restocks. It’s where savvy shoppers go to swap tips about scoring new Telfar bags and adidas x Ivy Park collections, and where eagle-eyed users build followings tracking PlayStation 5 and graphics card restocks (). Adding a native feature that taps into our FOMO and collective desire to be the first in line for something new seems like an obvious next step.

Twitter said Product Drops will only be shown to shoppers in the U.S. who use Twitter in English on iOS devices “for now,” adding that it’s currently testing the feature with “select managed partners” like , , and .