A London residential complex designed by legendary architect recently opened its doors to the first occupants. 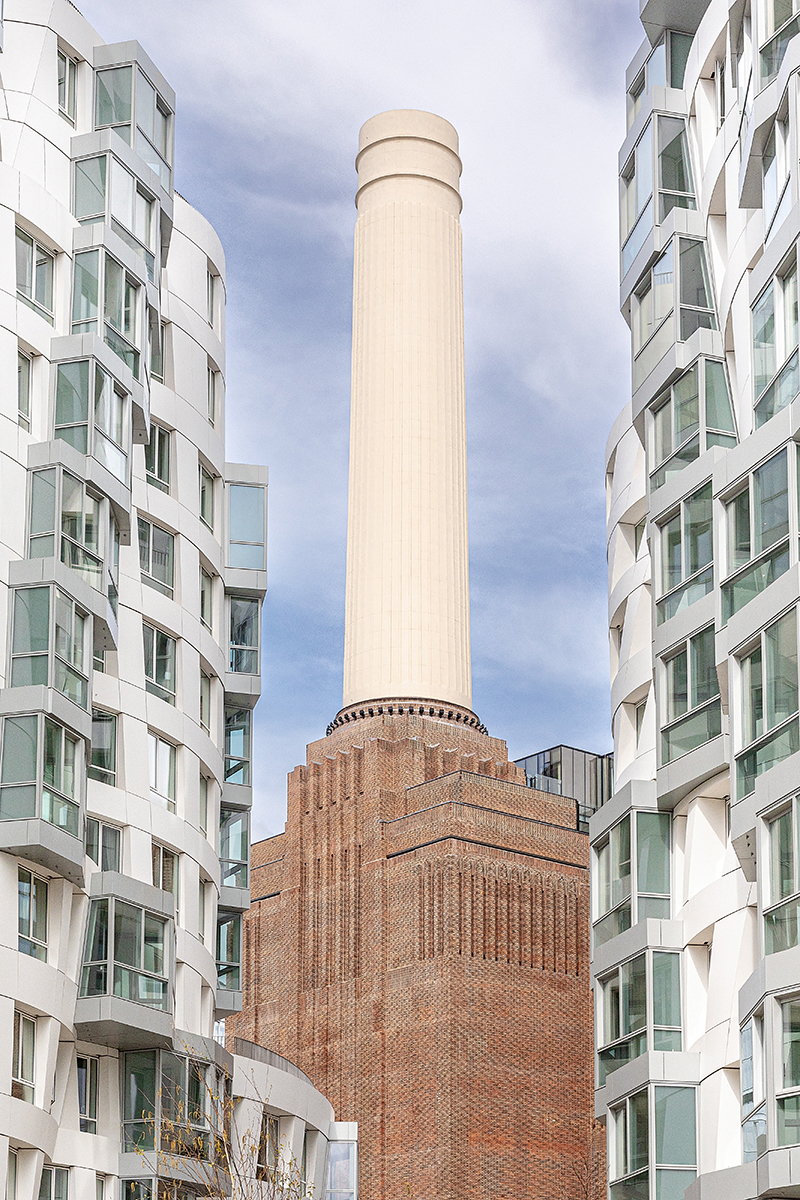 As part of the £9 billion (roughly $11 billion USD) revitalization project, Gehry’s Prospect Place building is the first residential structure the Canadian-American architect has ever created in the UK. 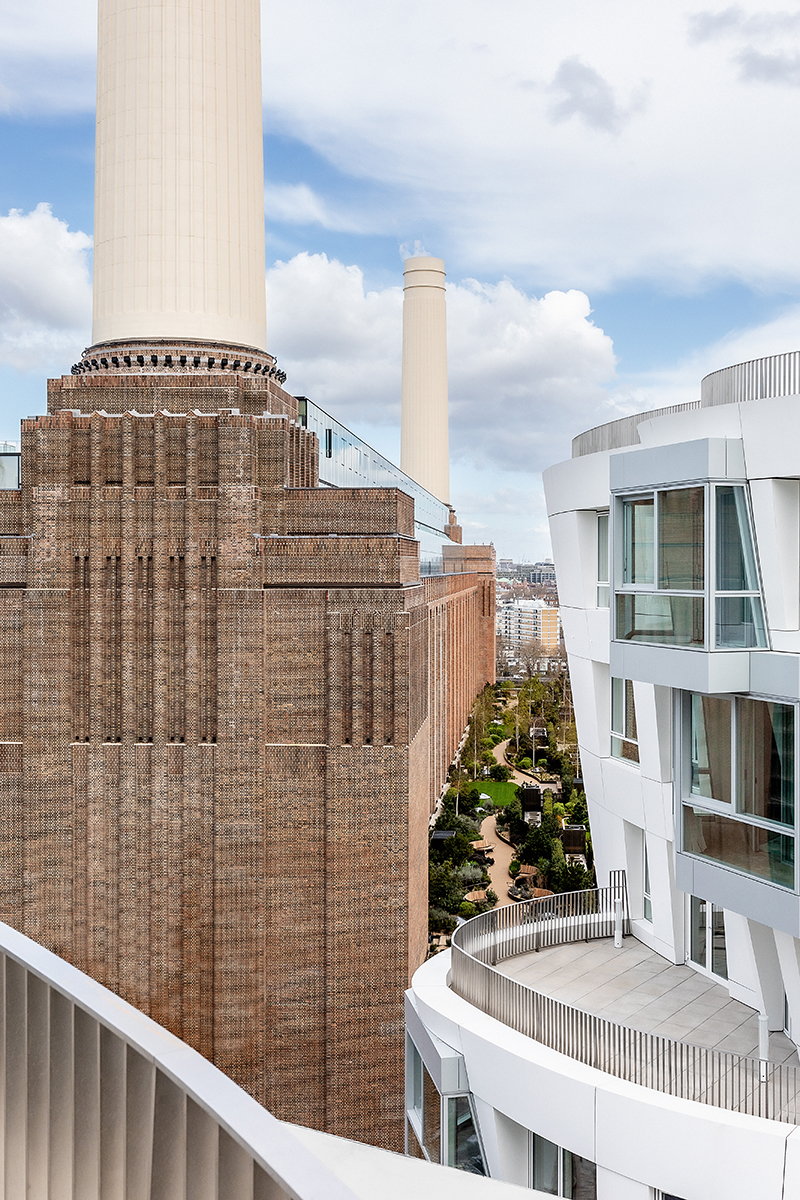 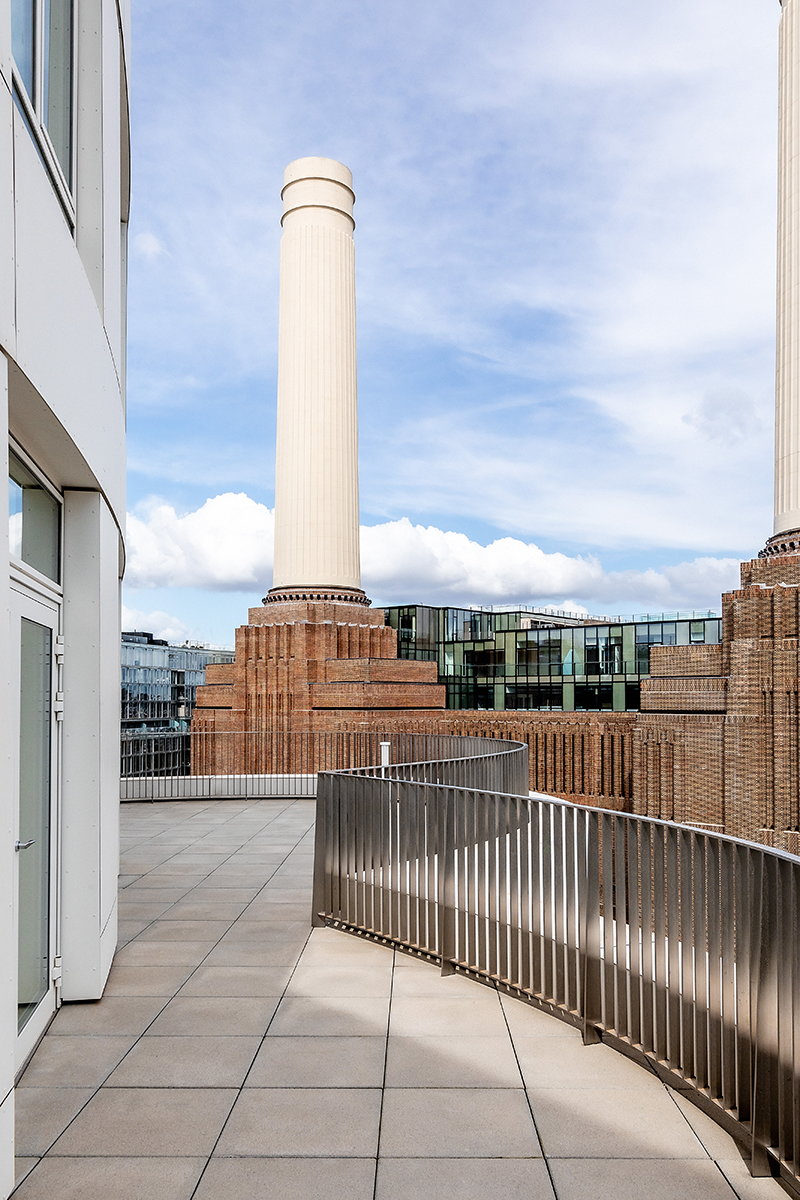 “I love London. It has culture, history, and diversity and the buildings we have created at Battersea Power Station are designed to stand artfully on their own amongst all of that, whilst also framing an internationally recognized icon,” said the 93-year-old starchitect. “It is important we create social places for future generations, and our goal from the start has been to create a neighborhood that connects into the historic fabric of the city of London but also has its own identity and integrity.”

Located south of the power station — which gained worldwide notoriety in 1977 when it appeared on the cover of Pink Floyd’s Animals album — the complex comprises 308 homes, including a variety of studios, multi-bedroom apartments, townhouses, and penthouses. The open plan units start around £510,000 ($635,000 USD). 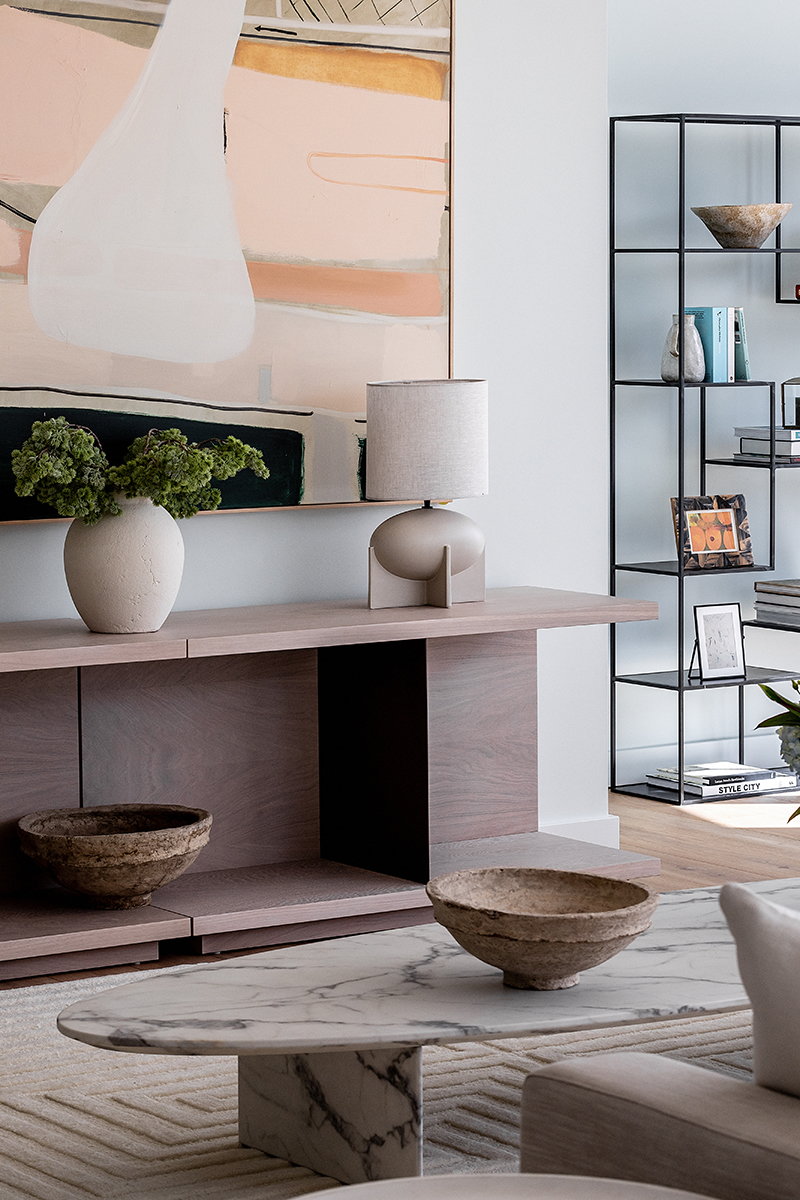 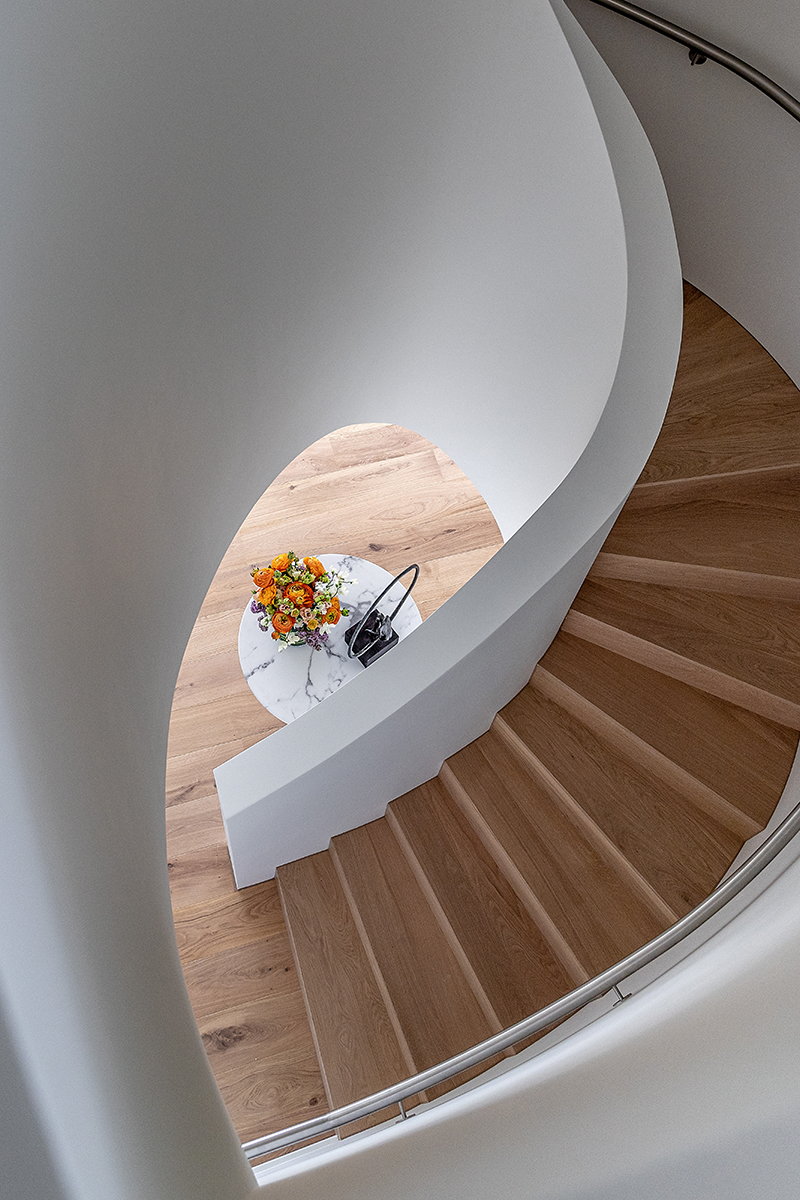 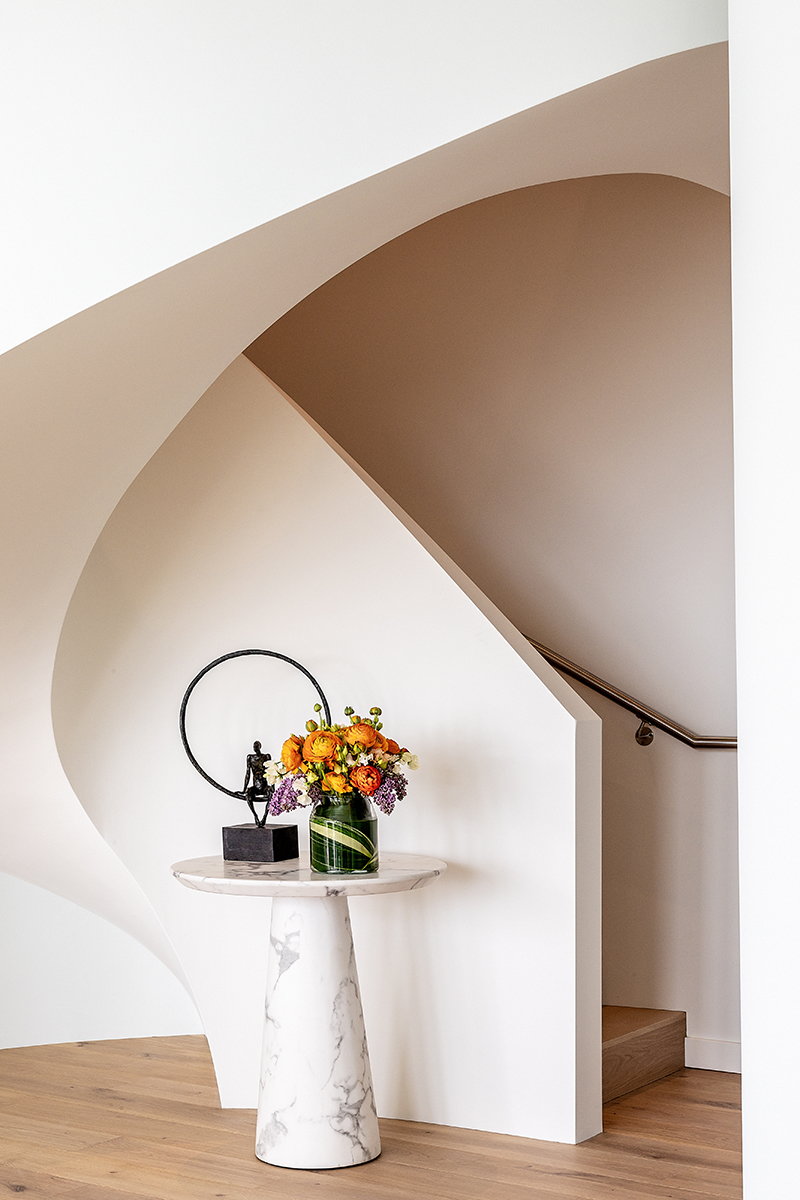 The exterior’s white-washed curves and ripples were inspired by the traditional bay window, but their peculiar angles were intentionally designed to allow as many residents as possible views of the adjacent historic power station. Those random-looking twists also ensure that no two homes are identical here, though all of them do have access to either a winter garden or terrace. 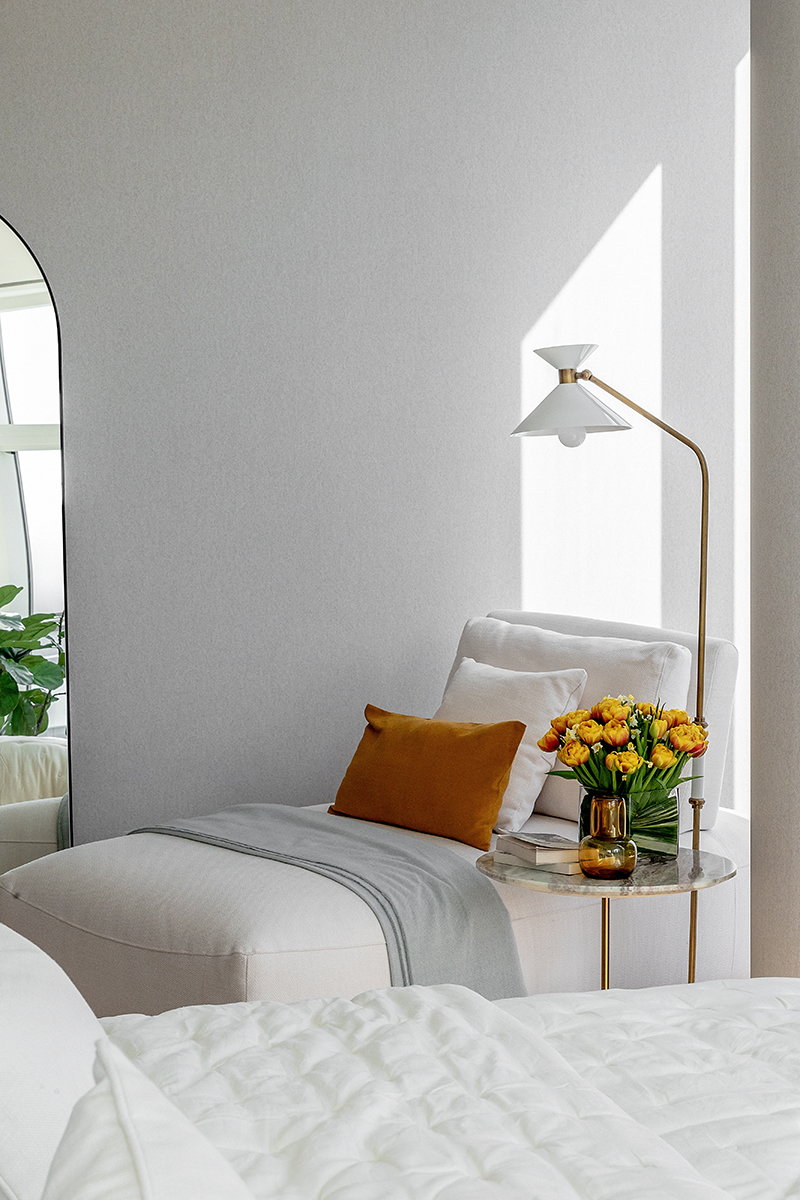 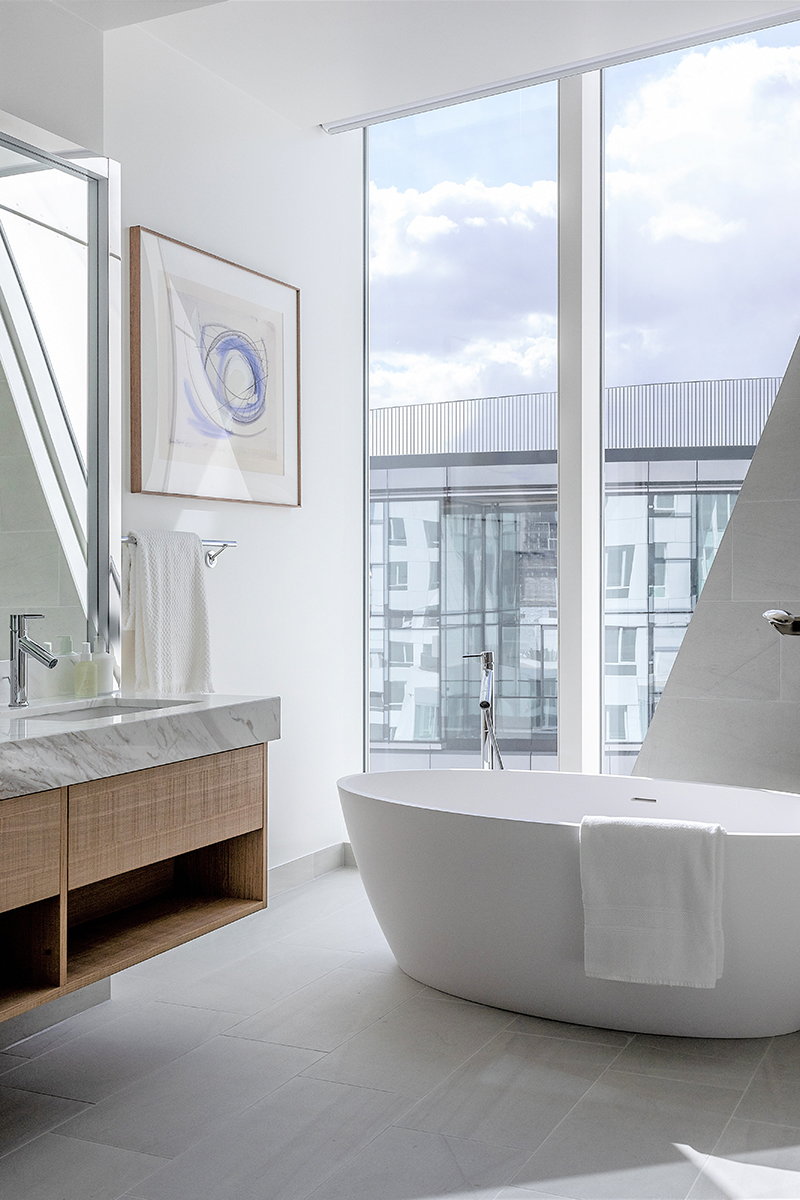 Inside, residents have a choice of two color palettes: the “London” or the “LA.” While the London is characterized by metal finishings as a nod to the area’s industrial past, the LA embraces natural wood and light colors for a more relaxed vibe.

Because the entire project was intended to foster community and interaction, the residents of Prospect Place are also allowed access to the neighboring Battersea Roof Gardens, designed by . The building itself boasts an enormous private Sky Lounge, gym, lounge area, workspaces, sunset bar, and theater room. They also have use of the exquisite rooftop gardens conceived by James Corner and LDA Design. 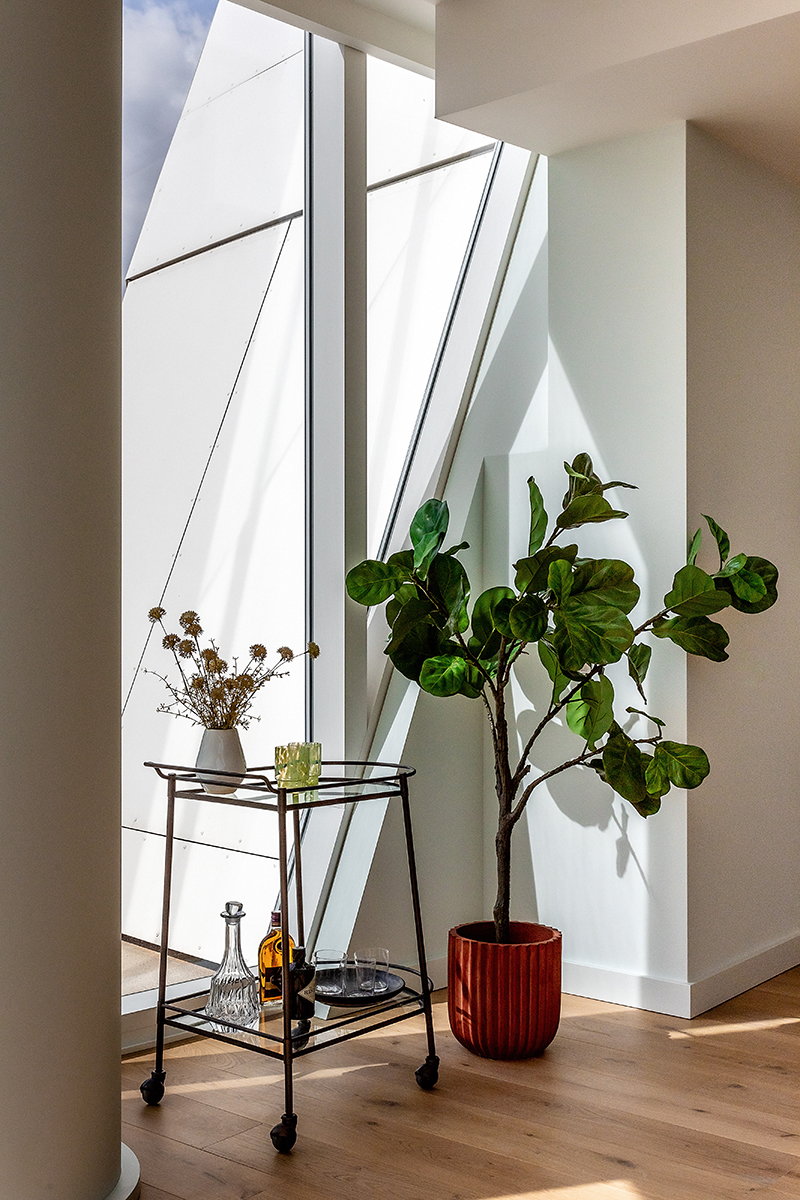 The 42-acre former industrial site also includes a children’s playground, restaurants, retail spaces, and will soon have a unique tourist attraction called the Battersea . Visitors can venture into a glass elevator inside one of the station’s obsolete chimneys for a 328-foot ride up to the top, where they can enjoy 360-degree views of London.

The power station developers had high praise for Gehry’s Prospect Place construction. “ and his team have gone above and beyond in the delivery of world-class buildings at Prospect Place,” said Chief Executive Officer at Battersea Power Station Development Company, Simon Murphy. “It’s an honor that Frank’s first UK residential project is at Battersea Power Station, and its completion marks an important milestone in the development.” 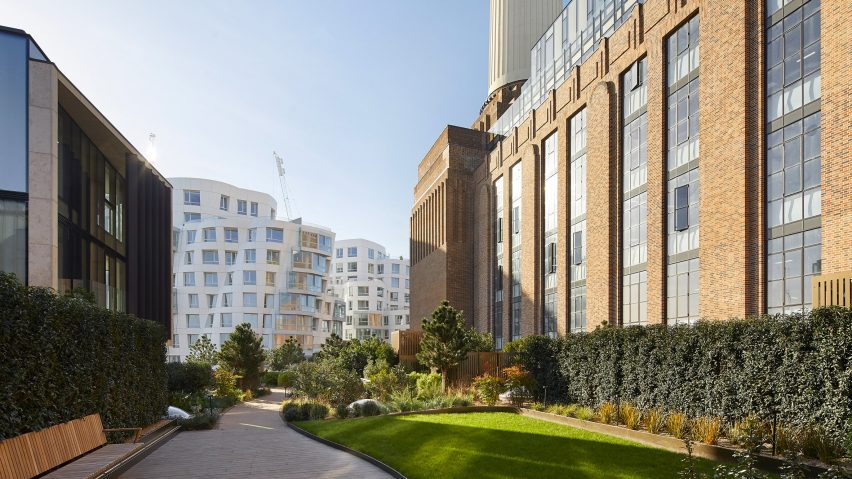 Even though this is his first residential design in the UK, Gehry’s work is well known around the world. He founded his eponymous architect studio in California in 1962 and quickly became famous for his avant-garde style, designing Spain’s Guggenheim Museum, Prague’s Dancing House, and the Walt Disney Concert Hall in Los Angeles. His firm is currently working on the projects like Facebook Campus in Menlo Park and a in Abu Dhabi.