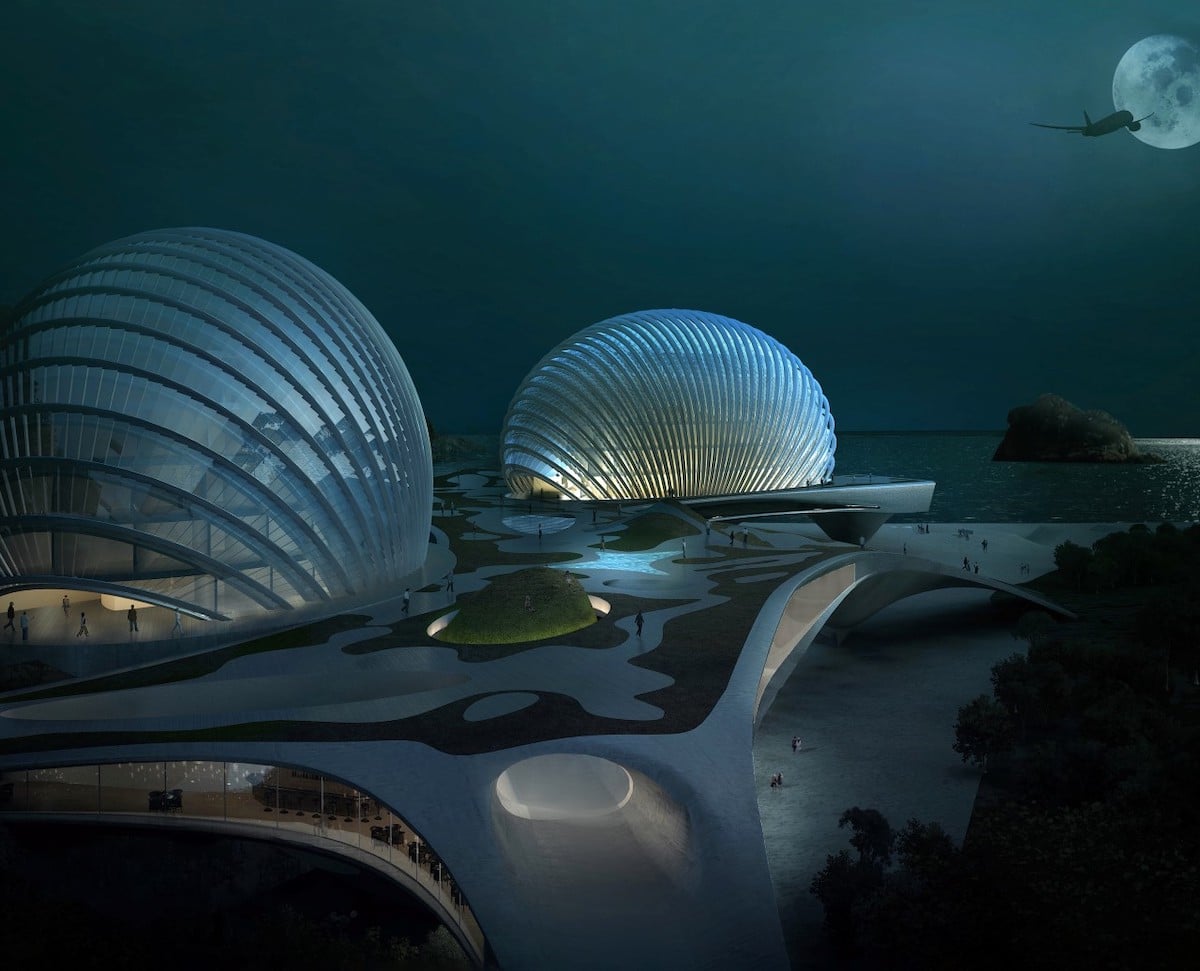 If you have ever found inspiration in the intricate design of the tiny shells and creatures found along the shoreline, then you are sure to love this unique hotel concept. The Nudibranch Hotel, proposed for a tourism island development in Zhejiang, in the East China Sea, is inspired by a gastropod mollusk. The design features two massive curving shells on a gently undulating landscape.

This concept is a great example of biomimicry in architecture—the idea of a building or architectural element mimicking a form or process found in nature. In this case, used the iconic shell structure of nudibranch mollusks to inspire the formation and façade of this unique hotel. Aside from the clear connection to the creature in its form, the designers also used the mollusk as inspiration for its circulation. Entry and exit paths provide a path through the wilderness in gently curving bridges that resemble the tentacles of the mollusk.

In addition to the two shell-shaped main buildings, the hotel includes a massive elevated landscape with large areas of manicured lawns. The paths that cut through the lawns transport guests to the restaurants, spa, swimming pools, and other hotel amenities. With such an inspired design, it’s no surprise that the project is a Gold Winner of the .

The Nudibranch Hotel is a daring proposal inspired by the natural form of nudibranchs—sea creatures native to the area. 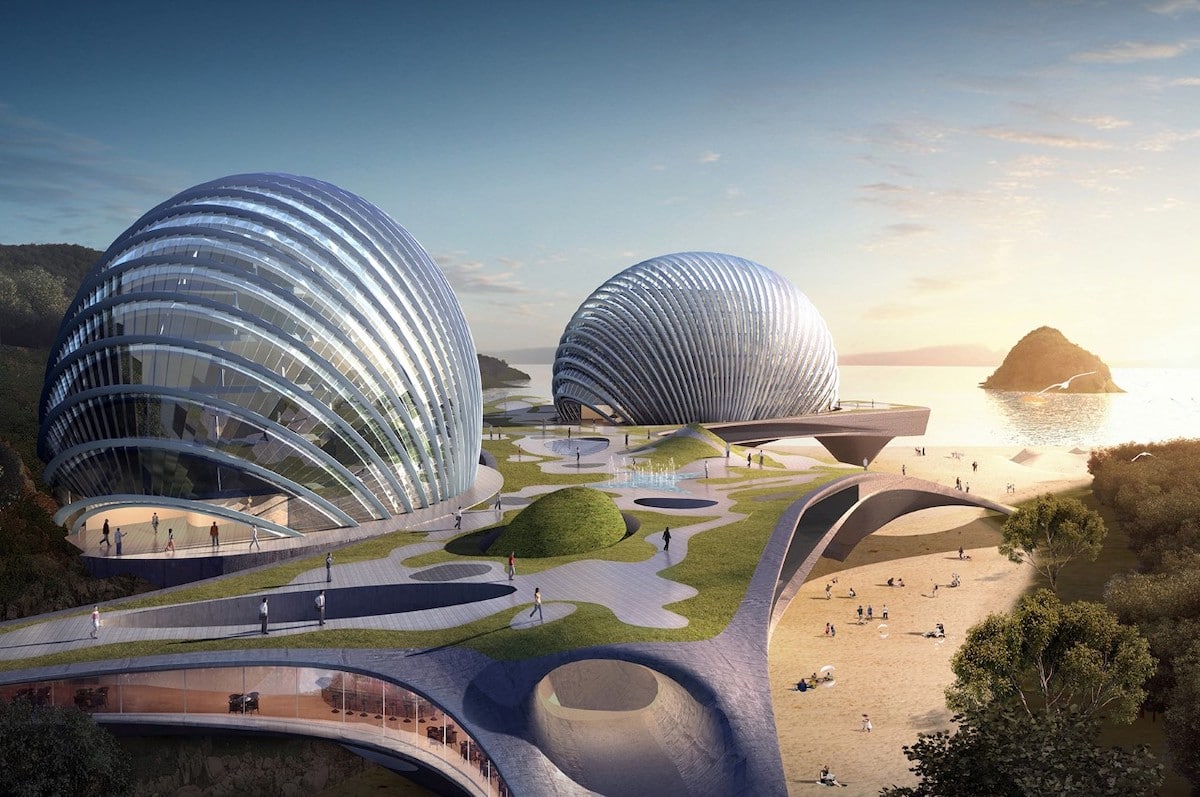 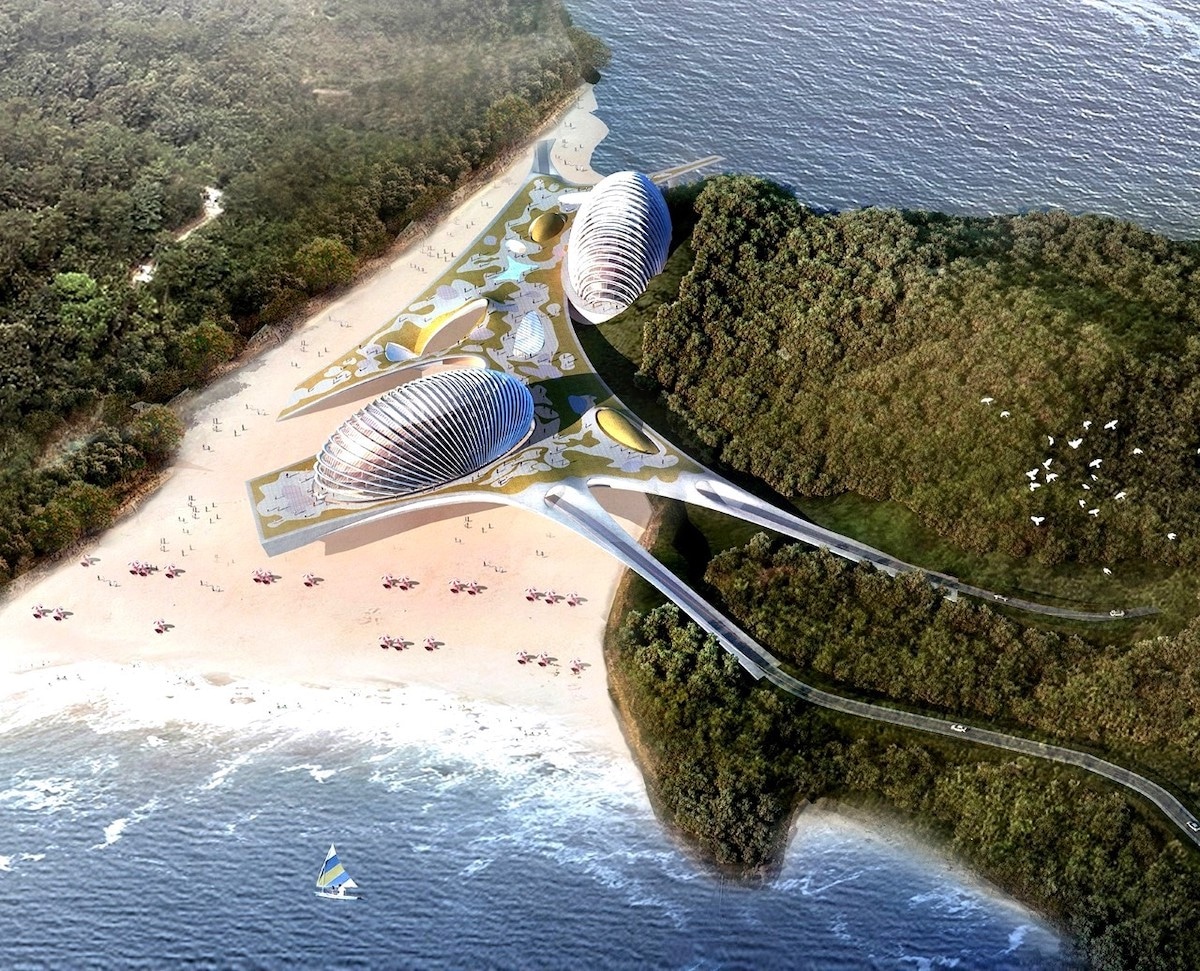 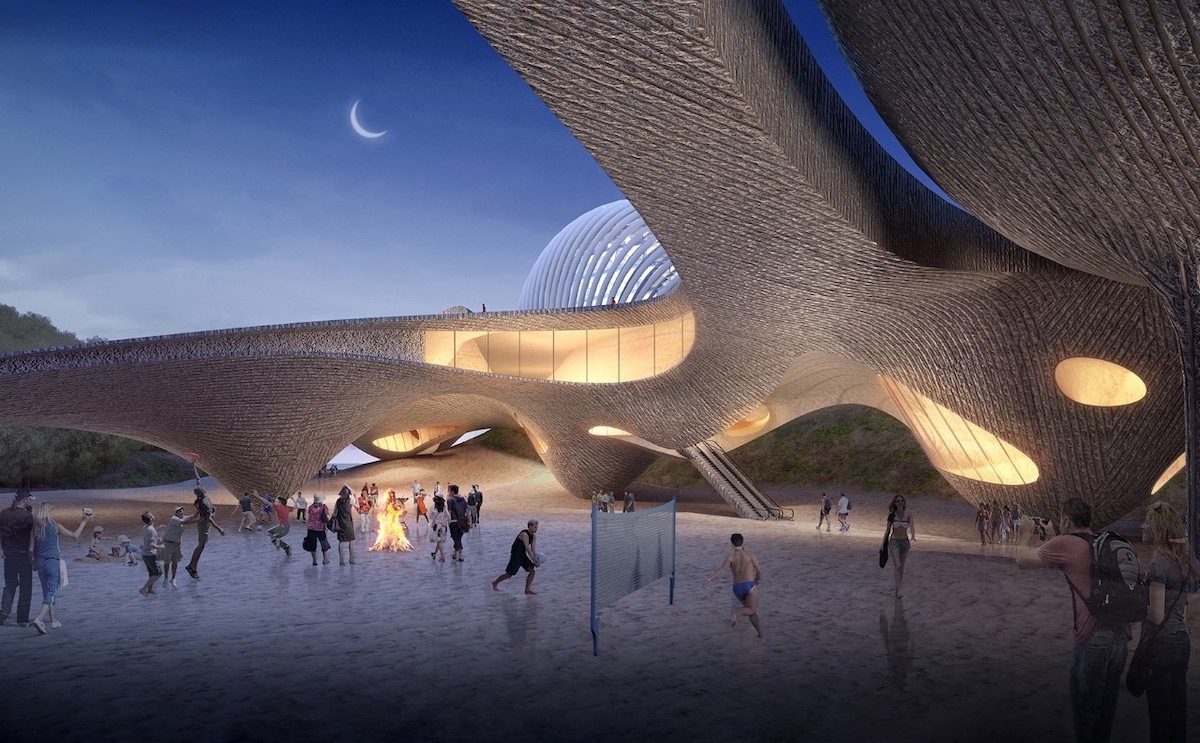 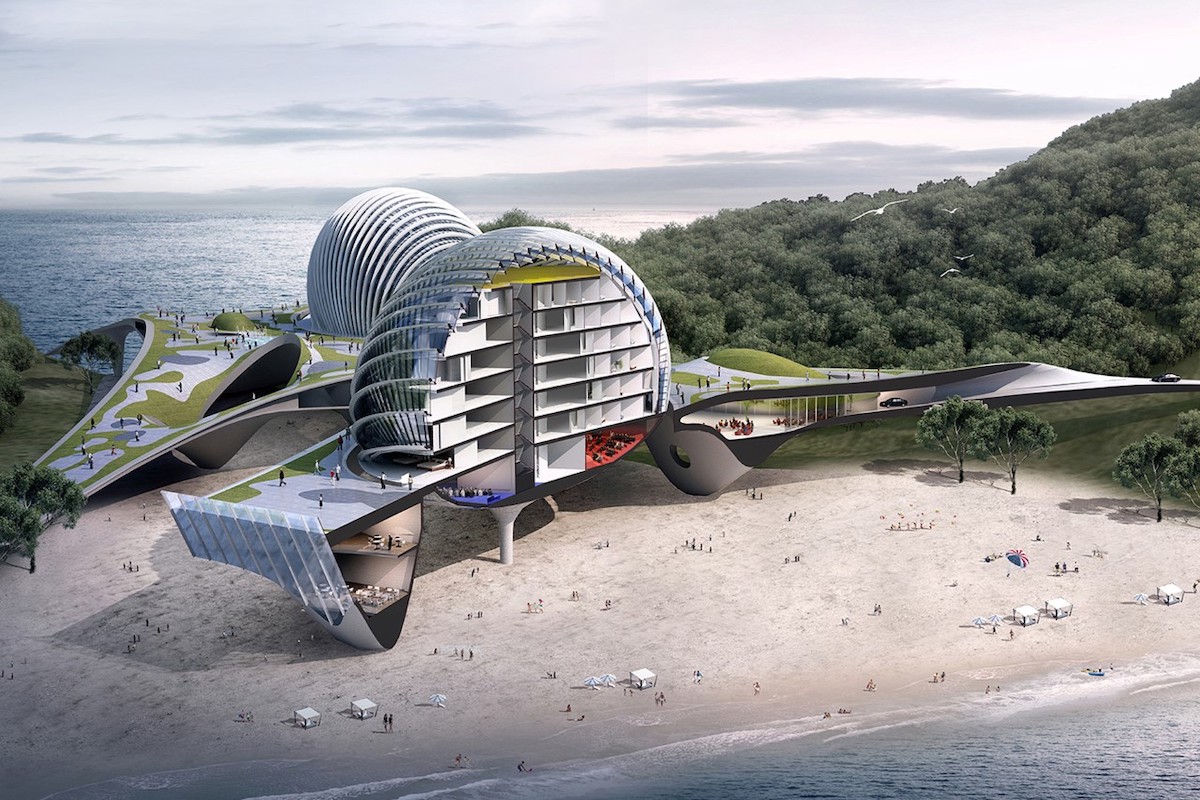 My Modern Met granted permission to feature photos by SpActrum.