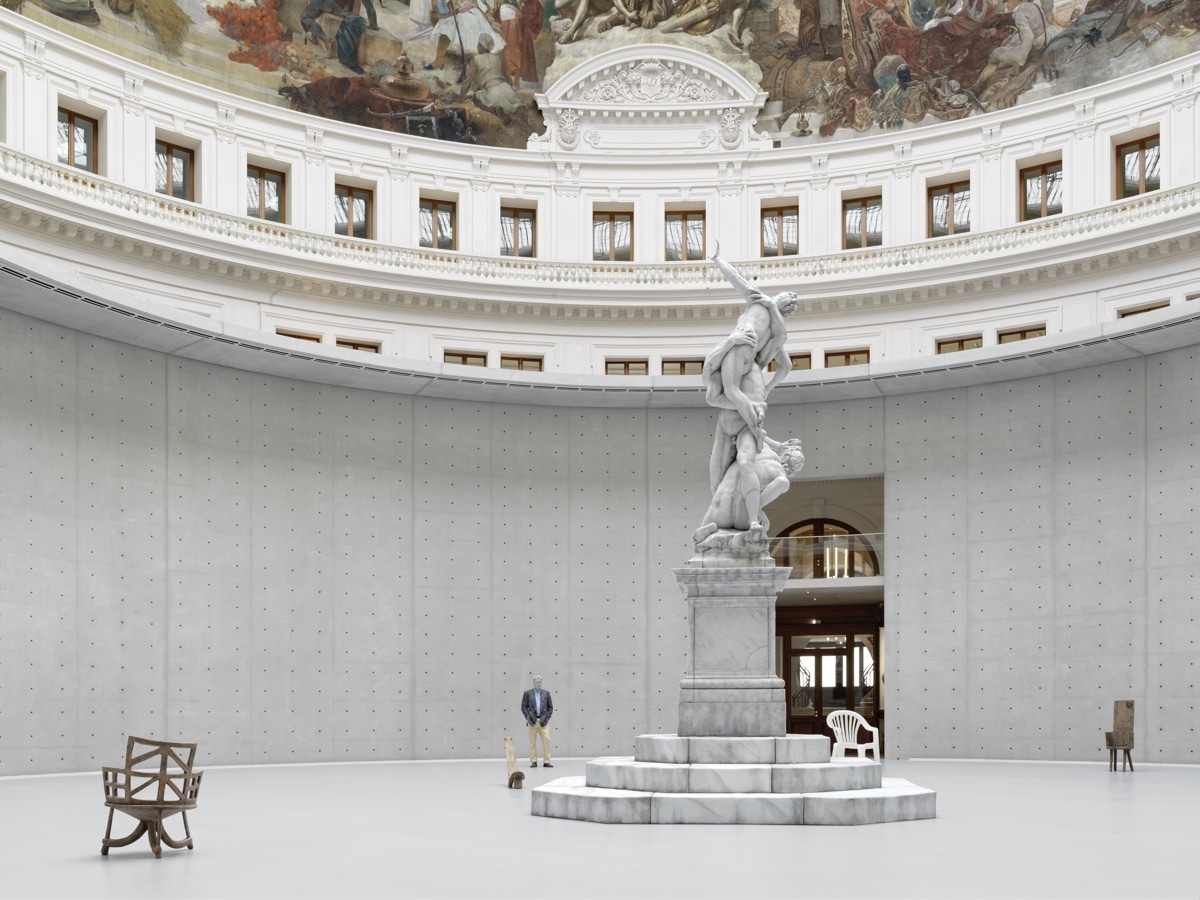 In 2011, Swiss artist set the art world on fire—literally—with his melting wax figures . Now, his melting sculptures are on view once more—this time at the . This new Parisian museum is the latest venture by the Pinault Collection, which handles the art collection of French businessman François Pinault. Fischer’s installation Untitled has found a new home in what was once a place to negotiate the trade of grain and other goods.

Fischer’s installation, which includes a meticulous recreation of Giambologna’s late 16th-century sculpture Abduction of the Sabine Women, was adapted to the incredible heights of the Rotunda. This focal point of the building was recently renovated by celebrated Japanese architect . Fischer’s sculpture is surrounded by several chairs and a curious onlooker who takes in the details. Everything is seemingly normal until one realizes that these are no ordinary sculptures—they’re candles.

The onlooker is, in reality, an effigy to Fischer’s friend and peer, artist Rudolf Stingel. The chairs are an eclectic mix of styles and include African stools, a plastic lawn chair, an office chair, and an airline seat. “All of the seats dialogue with the iconography of the large marouflaged canvas on the dome above,” the collection. “Symbols of contemporary globalization, they respond to the representations of inter-continental commerce and trade in the late 19th century, marked by the colonial ideology and popular culture of the time.”

At the beginning of the installation, each candle is lit. At that point, they’re left to burn as long as the wick lasts. In a sort of performance, the installation evolves as each piece slowly melts away. It’s a fascinating meditation on the passage of time as each sculpture marches toward a destiny of disintegration. Over time, the installation evolves from realism toward abstraction in a sort of . While the piece can be melancholy, it’s also incredibly fascinating to watch. Currently, the wicks are lit and the entire installation—or its liquified remains—will be on view until December 31, 2021. 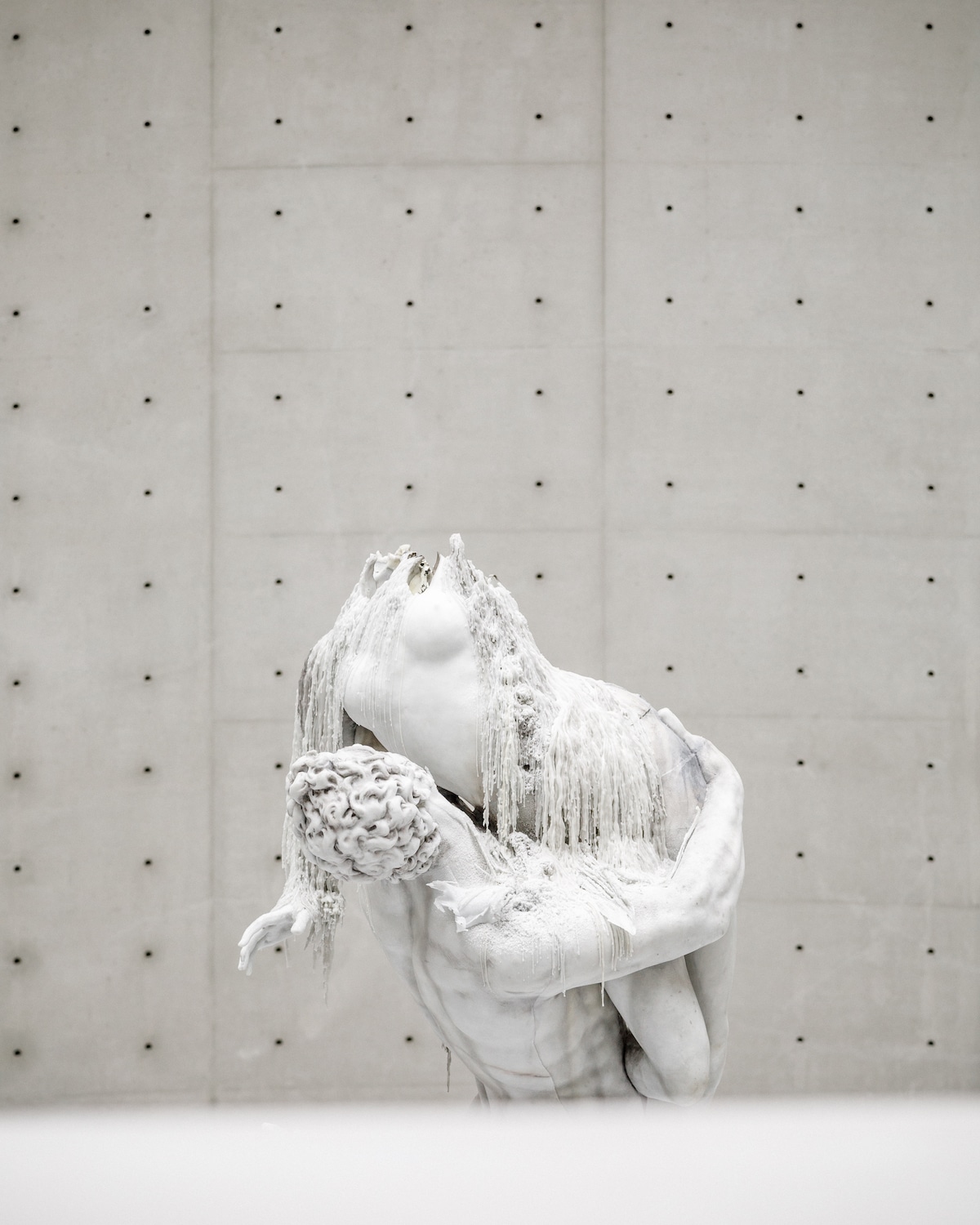 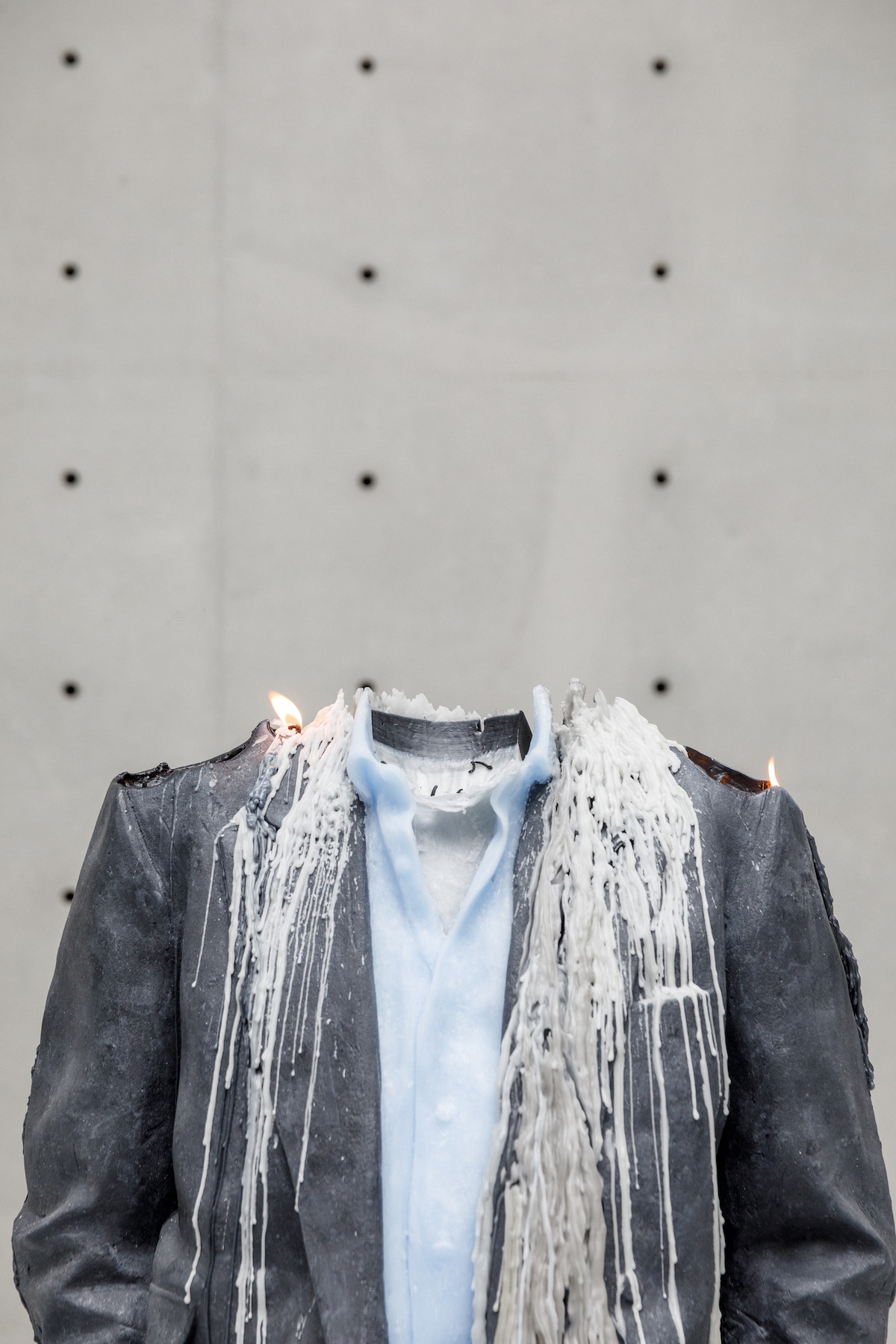 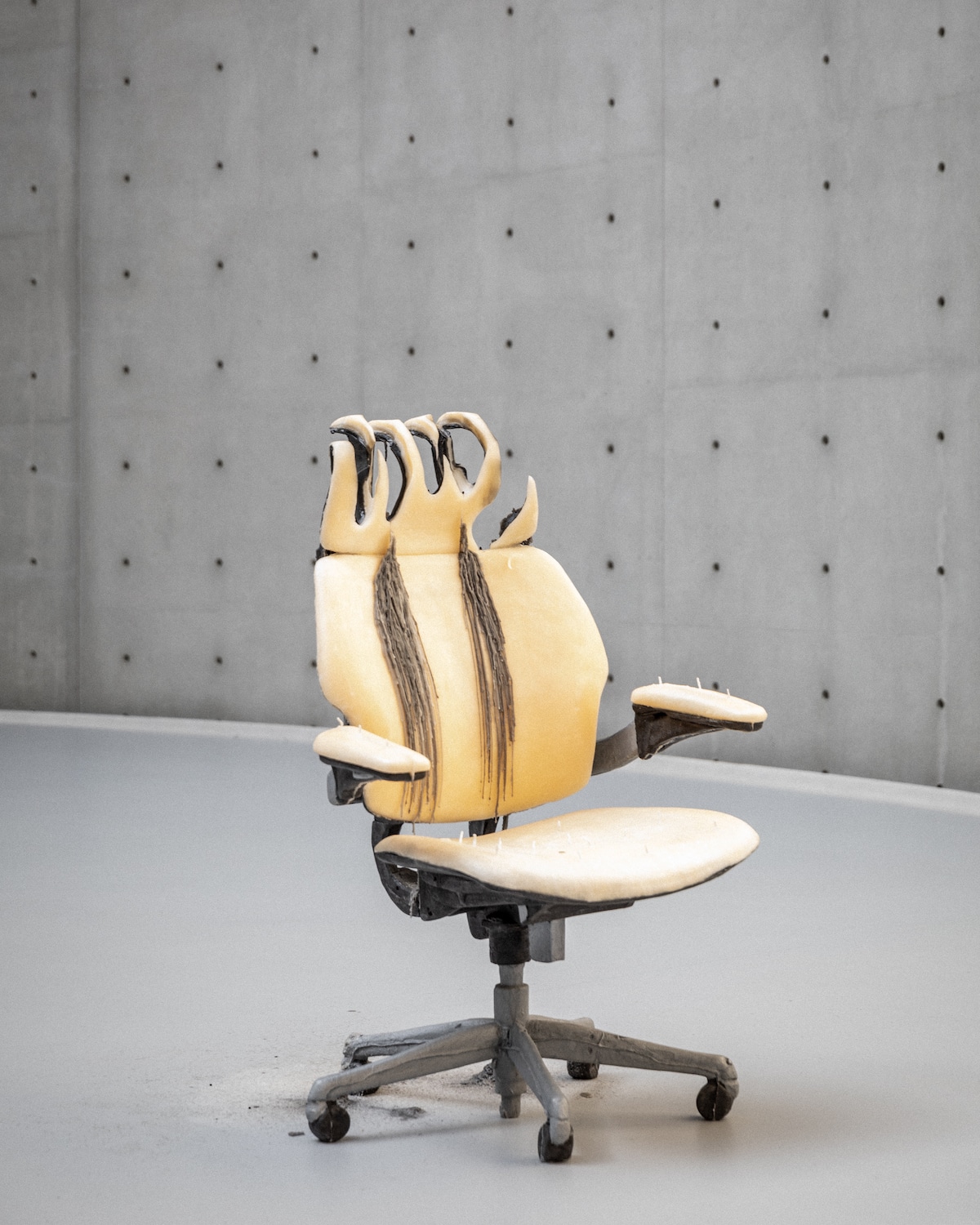 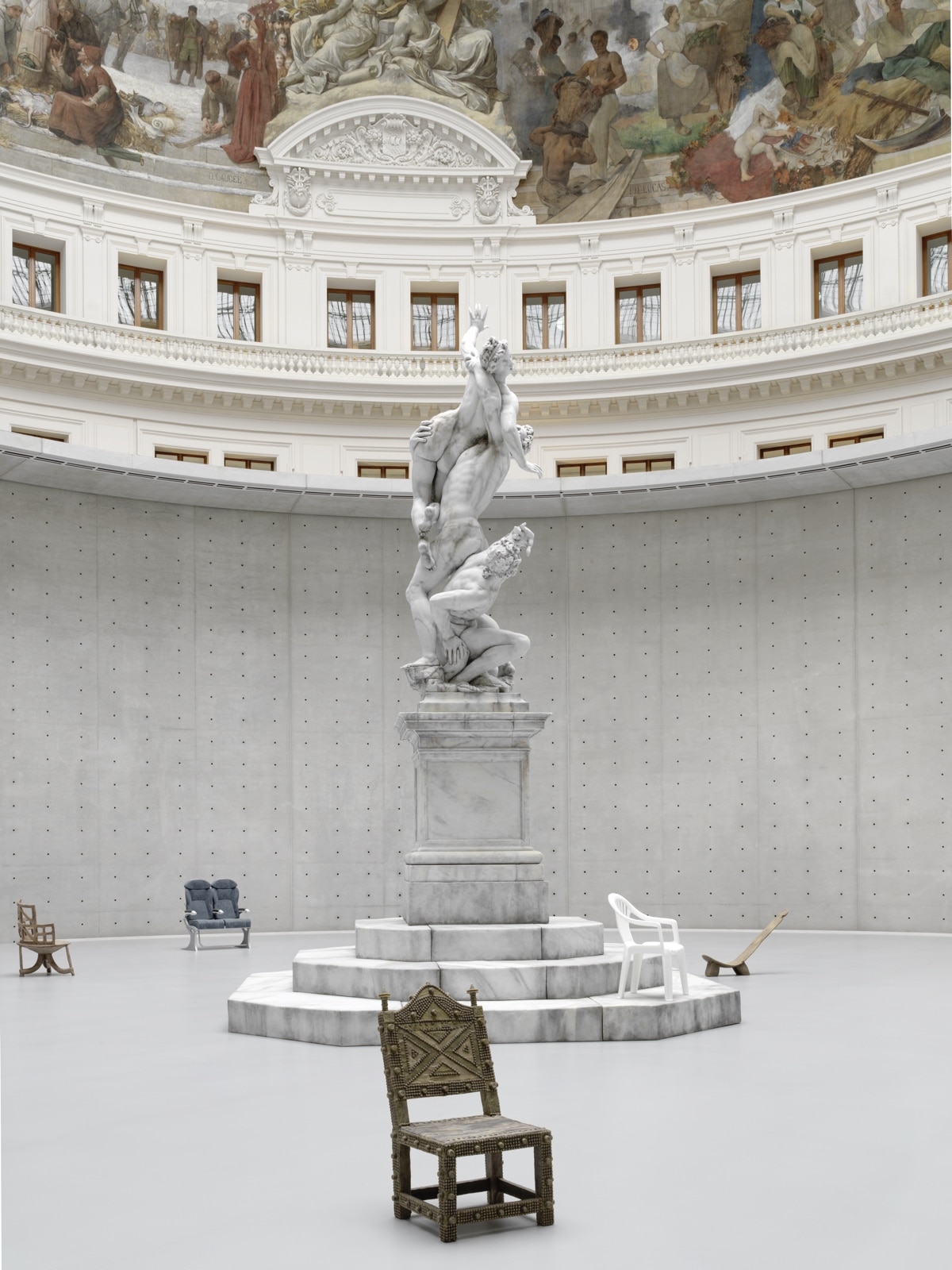 My Modern Met granted permission to feature photos by the Bourse de Commerce.