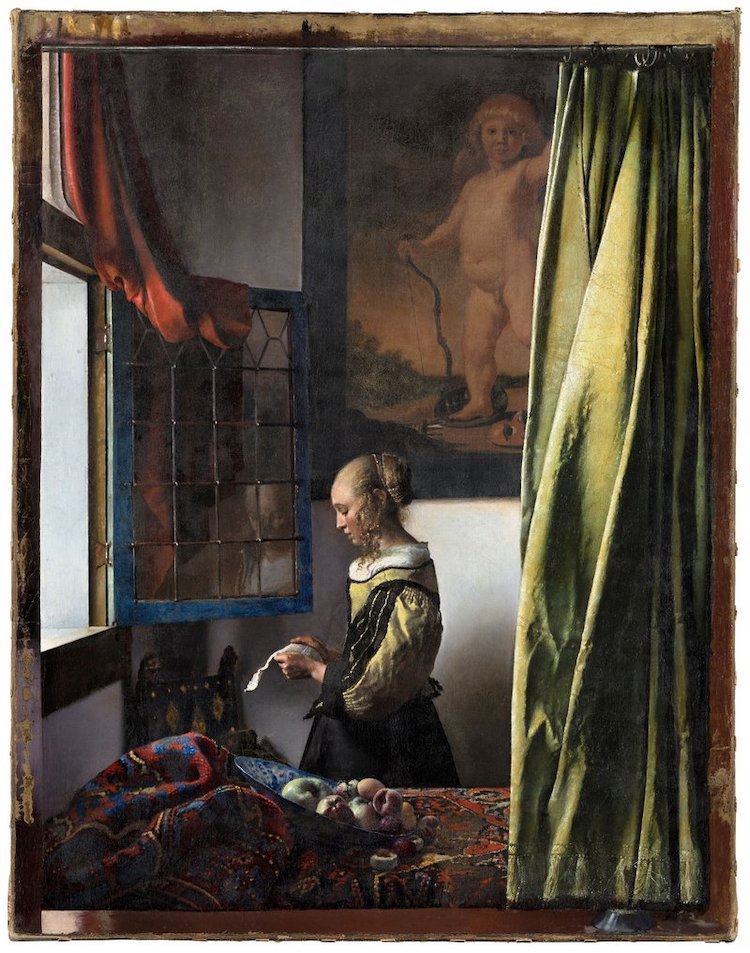 Johannes is an intriguing artist. Moderately successful during his time, the Dutch painter died leaving his family in debt and having produced a limited number of paintings. In fact, only 34 paintings—including his famous —are attributed to him today. However, his popularity rose after the 19th century and today, whenever there is news of a Vermeer, it makes waves. And that’s exactly what’s happened with the announcement of a recent Vermeer restoration.

After two and a half years, the in Germany has revealed the results of a major restoration to the Vermeer in their collection. Girl Reading a Letter at an Open Window was painted between 1657 and 1659 and has been in the museum’s collection since 1742. As often happens with Vermeer’s work, the painting was initially attributed to other artists. But in 1880, French art critic Théophile Thoré-Bürger came upon the painting and correctly attributed it to the Dutch Master.

The oil painting shows a young woman, finely dressed in yellow and black, reading a letter next to an open window. Originally, the wall behind her was blank, but a 1979 x-ray showed that there was actually something on it. Beneath the plain wall was actually a “painting” of a naked Cupid. As it was not uncommon for artists to paint over their work, scholars initially accepted that Vermeer had simply changed his mind and decided to keep the wall bare. 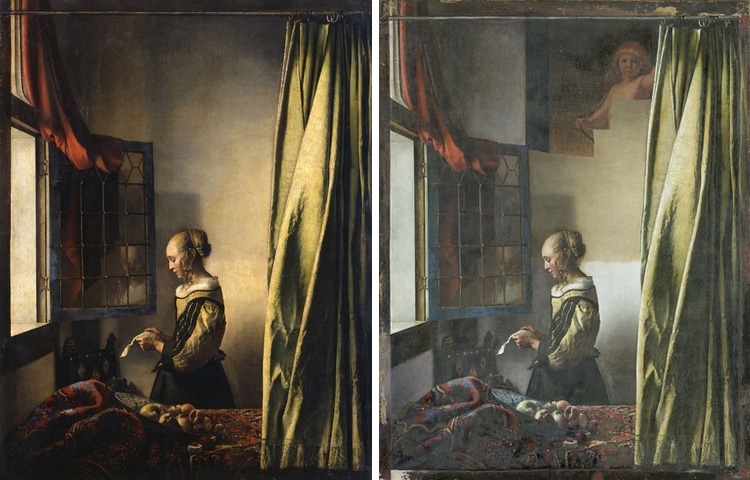 However, a research project started in 2017 refuted those claims. Thanks to advanced technology, researchers were able to conclude that the overpainting was completed several decades after the canvas was finished. This information completely revolutionized the work, as art historians now realized that they were not looking at Vermeer’s true creative vision. Thus, restoration experts from the museum began carefully working to remove the overpainting in 2018.

Once the work was completed in early 2021, art historians could gain a new appreciation for the painting. “With the recovery of Cupid in the background, the actual intention of the Delft painter becomes recognizable,” states Stephan Koja, director of the Old Masters Picture Gallery. “Beyond the ostensibly amorous context, it is about a fundamental statement about the nature of true love. So before what we looked at was only rudimentary. Now we understand it as a key image in his oeuvre.” In fact, as Koja points out, Girl Reading a Letter at an Open Window stands at the beginning of a series of painting in which Vermeer shows a woman in a quiet, reflective moment.

Now, thanks to the restoration, art lovers around the world will be able to enjoy the artwork as Vermeer intended. To celebrate the finished restoration, the painting has been placed at the centerpiece of a new exhibition at the museum. Johannes Vermeer. On pausing will run from September 10, 2021 to January 2, 2022 and will include nine other paintings by Vermeer closely related to the restored artwork.