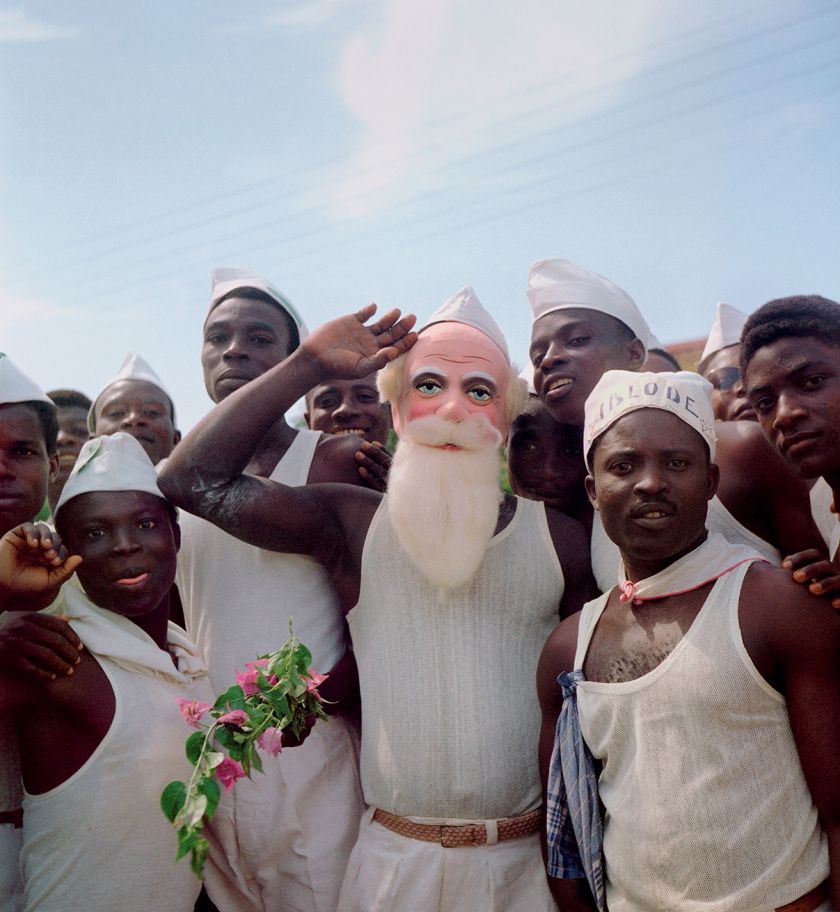 Togoland (Togo), 1958 – Group of men with white hats, one with the slogan “Ablode” (freedom), and another with a Santa Claus mask on election day, April 27 © 2021 Todd Webb Archive

He was best known for his remarkable images of everyday life and architecture in New York and Paris, as well as photographs from the American West, but one of Todd Webb’s most compelling series was of his journey through eight African countries in 1958, all of which were either recently independent or on the cusp of independence following World War II.

He was commissioned by the United Nations Office of Public Information to document the progress of industry and technology in Togo, Ghana, Sudan, Somalia, the Federation of Rhodesia and Nyasaland and Southern Rhodesia (which are now Malawi, Zambia and Zimbabwe), Tanganyika and Zanzibar (now merged as Tanzania), and Kenya.

So over the course of four months, armed with three different cameras, he travelled across each nation, taking over two thousand images of which only 22 were published in black and white for a United Nations’ seven-page brochure. The remainder of the negatives were dispersed in the 1970s, only to be reunited in 2017 for the . 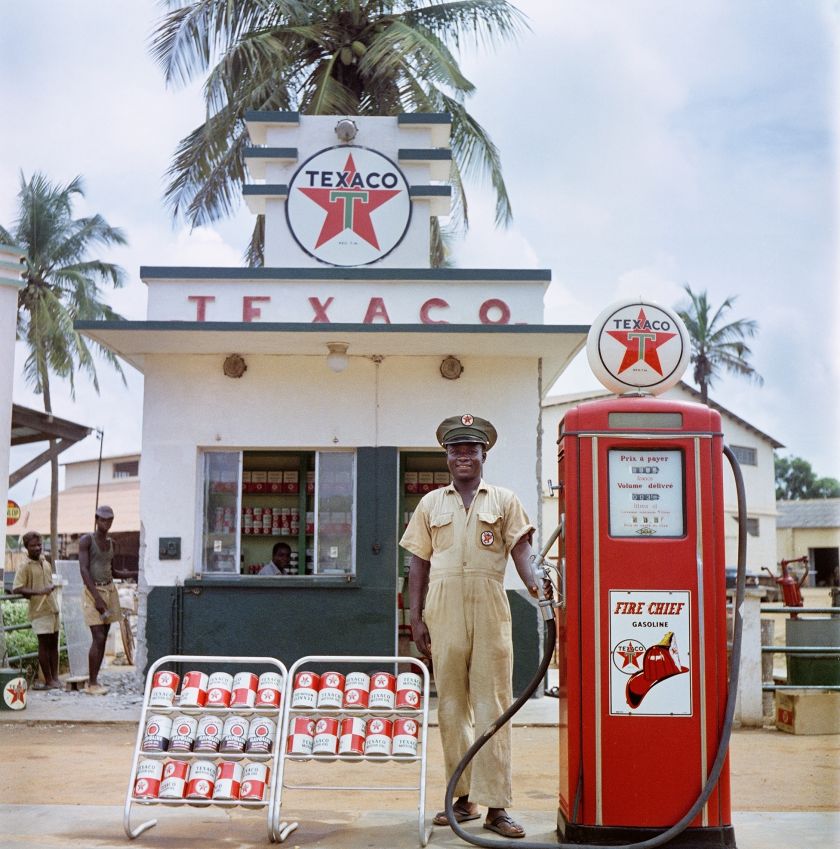 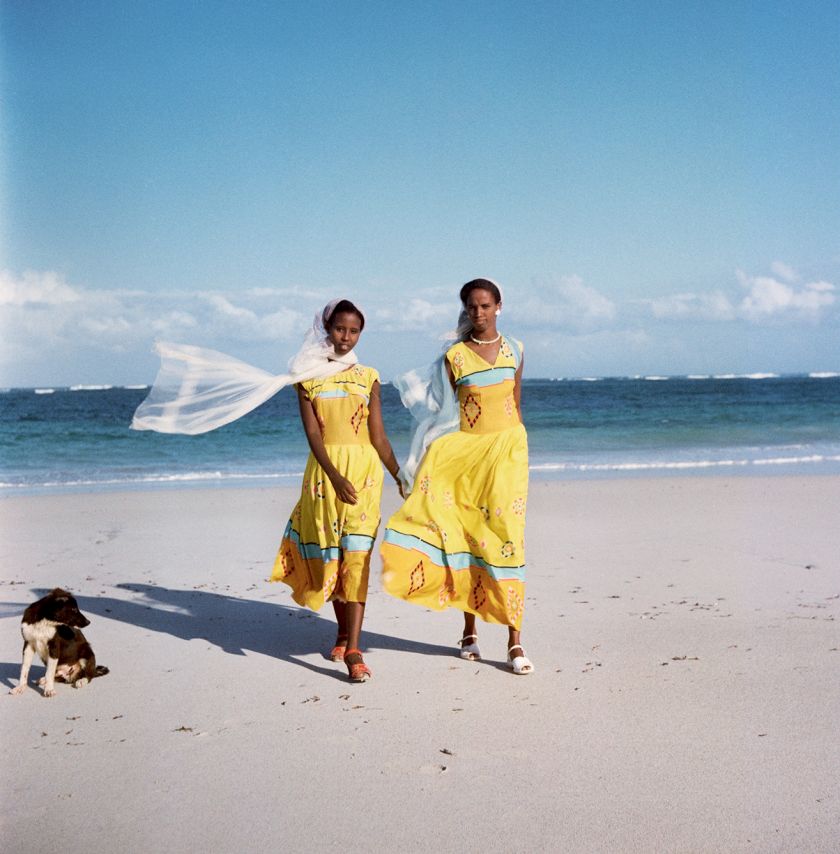 Trust Territory of Somaliland (Somalia), 1958 – Two women walking on the beach, with a dog to their right © 2021 Todd Webb Archive

Now you can see some of Webb’s colour photographs of countries at the intersection of colonialism and independence thanks to a new book by Thames & Hudson, out this month. showcases more than 150 of his striking images from his African journey, documenting not only industrial change – as he was instructed to cover – but also the people, homes, landscapes, and daily lives. It certainly brings the past to vibrant life.

The book also features essays by African and American scholars, artists, historians, photographers, and writers who engage with Webb’s photographs, on both historical and artistic levels, to provide context for the images and insight into the role that photography played in presenting to the rest of the world the social, governmental, and economic transformations of these African countries—including their national independence and entrenched imperialism. 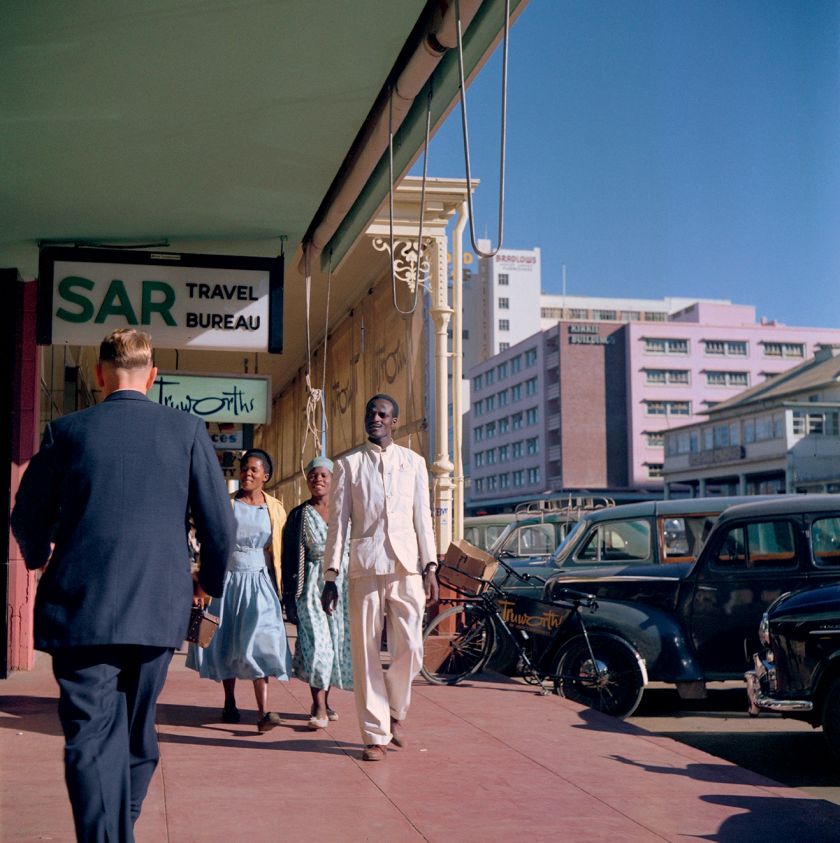 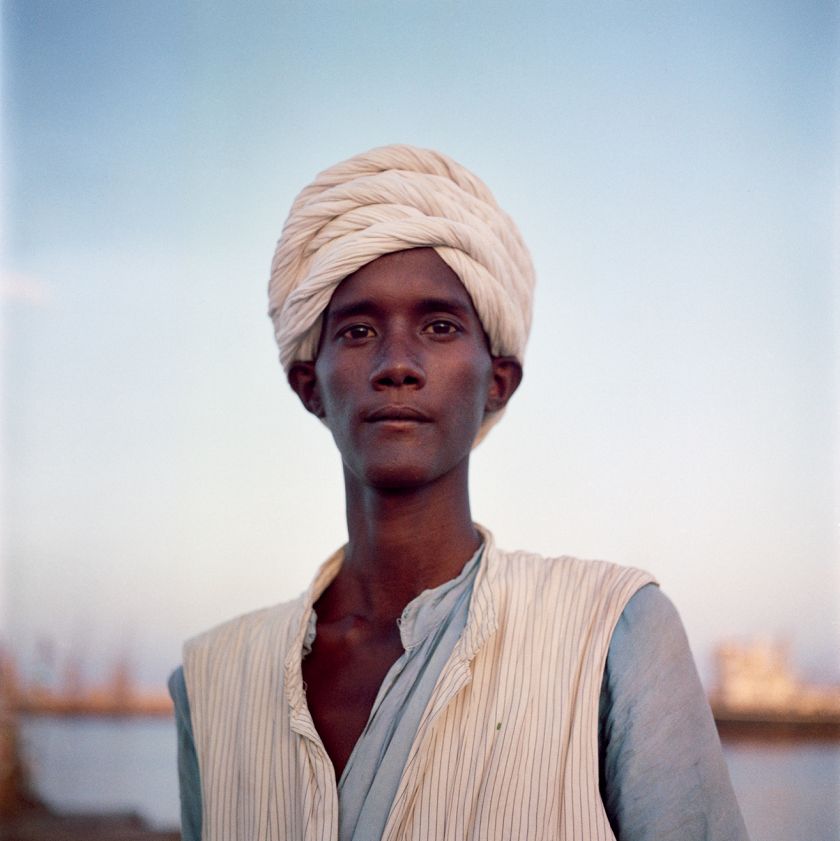 Interestingly, in the book’s foreword, co-authors Aimée Bessire and Erin Hyde Nolan acknowledge that Webb’s approach was perhaps informed by American understandings of African nations, cultures, and histories: “all during a pivotal moment in race relations and civil rights in the United States”. And, most importantly, the essays gathered within this book “acknowledge the challenges of interpreting Webb’s photographic series within their colonial context and from today’s temporal distance”.

It’s certainly a fascinating photographic journey by one of the twentieth century’s great photographers, revealing a pivotal moment in history, a time when African independence movements were compared with the Civil Rights movement in America.

Todd Webb In Africa: Outside The Frame is published by Thames & Hudson, available now via . 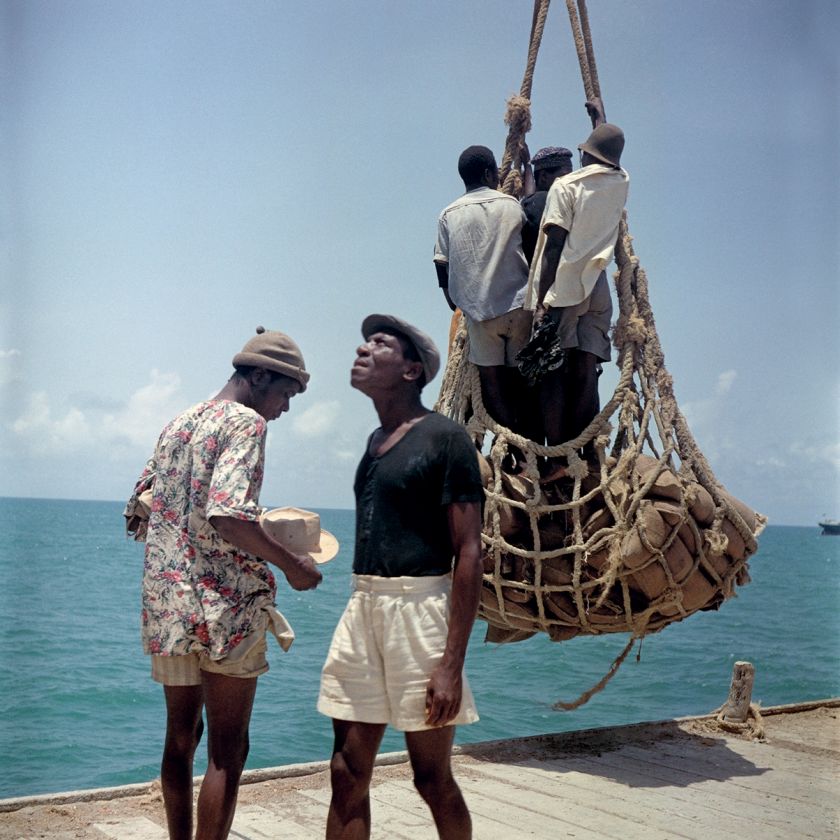 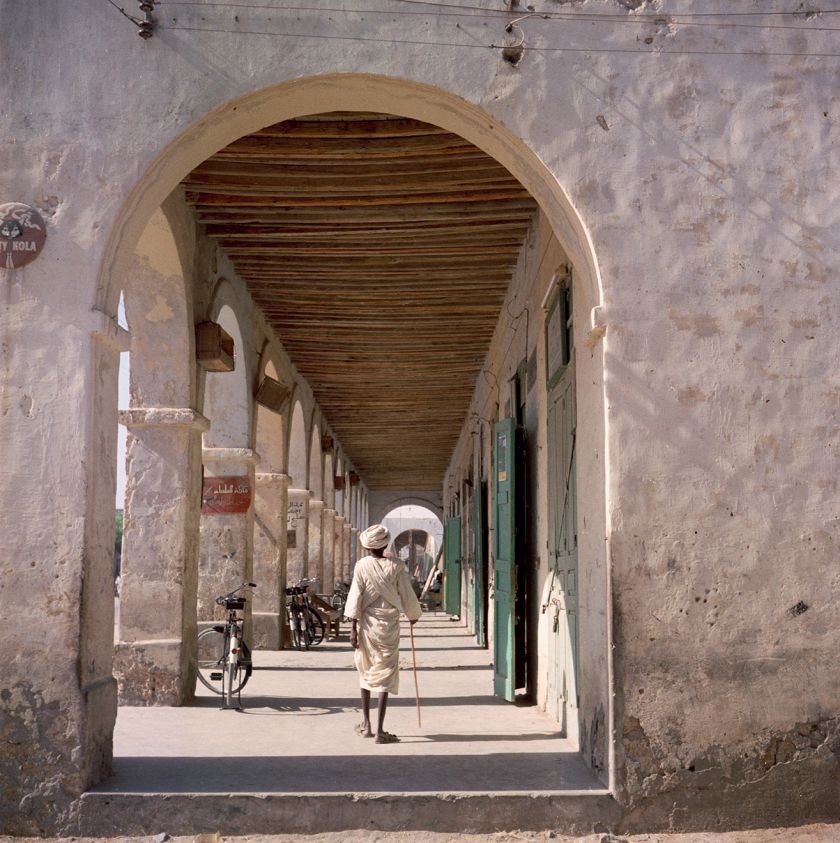 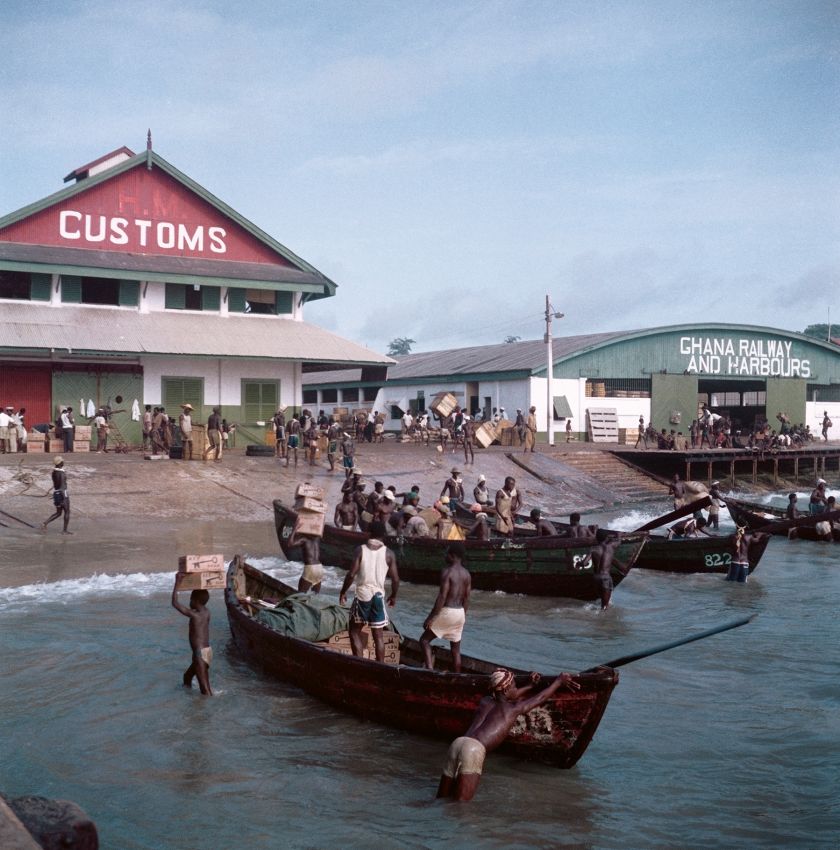 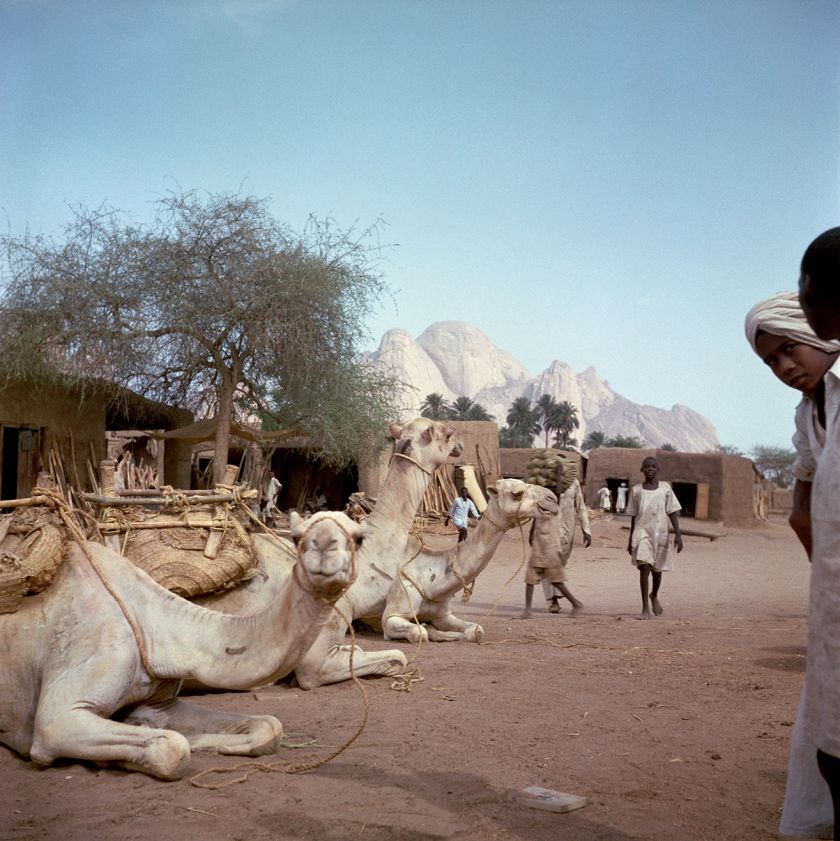 Sudan, 1958 – Camels resting with the Kassala hills in the background © 2021 Todd Webb Archive 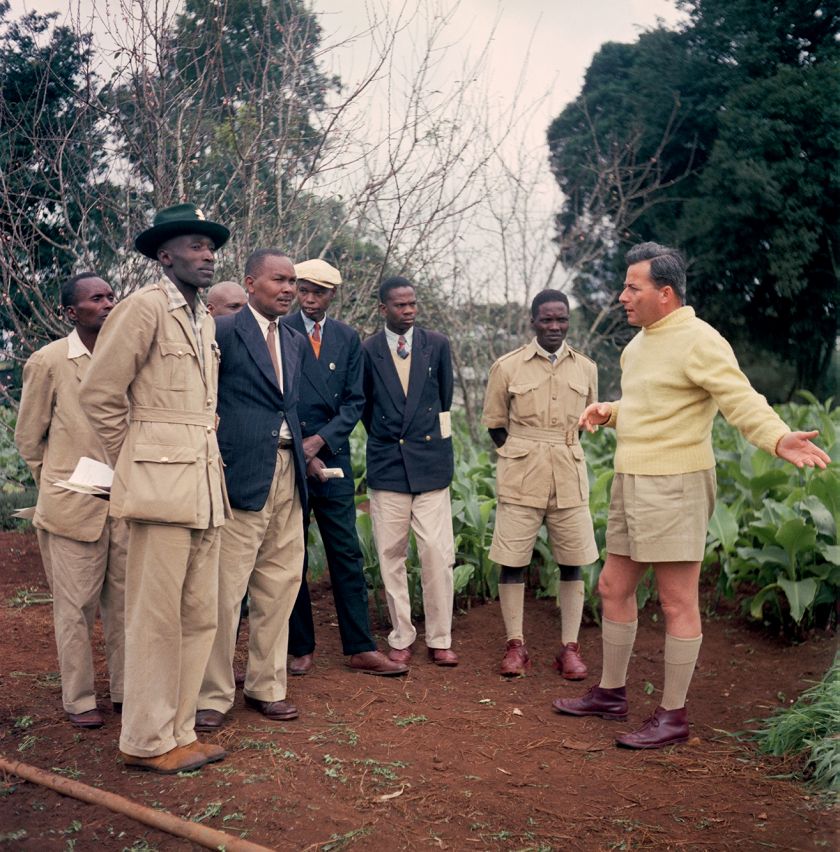 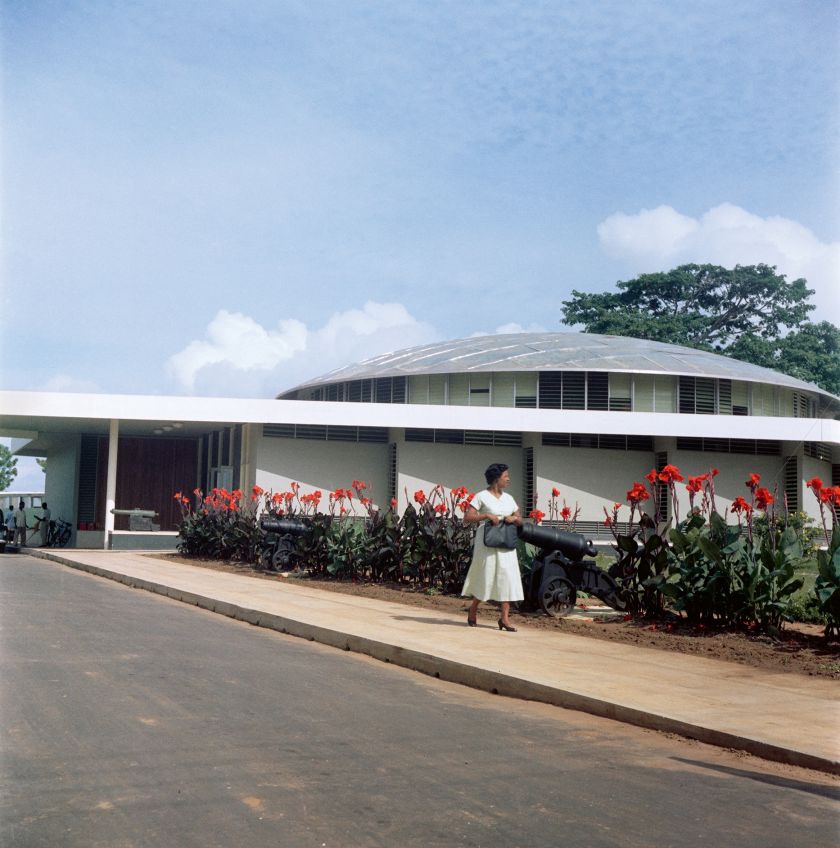 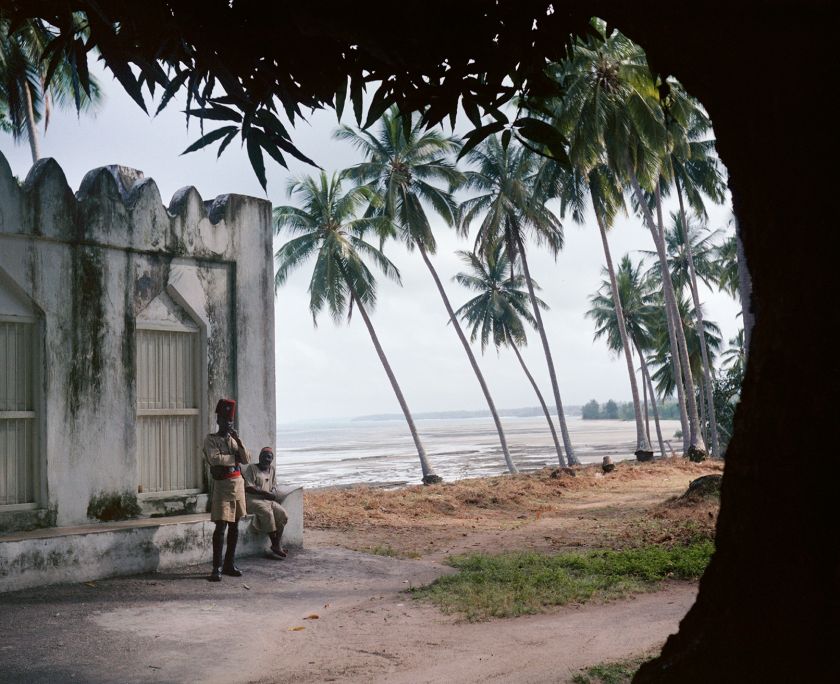 Tanganyika (Tanzania), 1958 – Tanganyika police officer and man next to a wall near the Indian Ocean coastline © 2021 Todd Webb Archive