Rotterdam-based 3D artist and illustrator captures the magical way she used to look at the world as a child in her “nostalgia-fuelled” short film Shimmers. At once surreal and relatable, the endearing film champions the hidden joys of everyday life.

Early memories can be strange, sometimes disturbing things. To our young minds, the world appeared to be a peculiar place, filled with bizarre objects and baffling rules – even impossible events felt like they could happen at any moment. It’s this fascination that Rebeka brings to life in her impressive graduate project for the Willem de Kooning Academy, Shimmers. 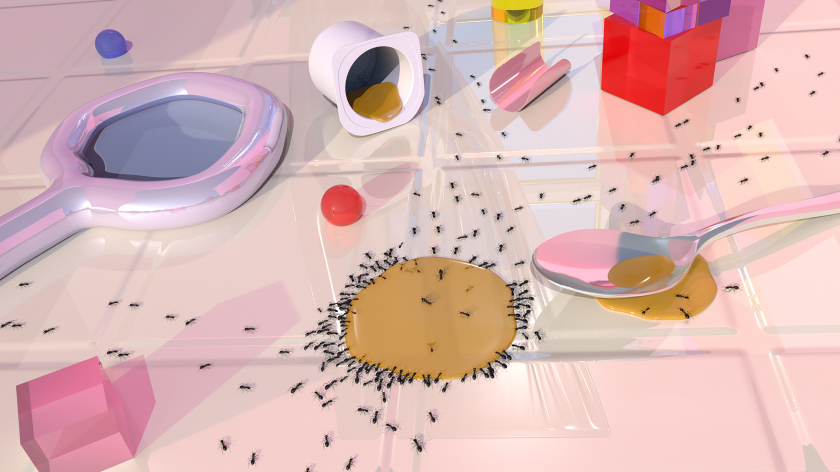 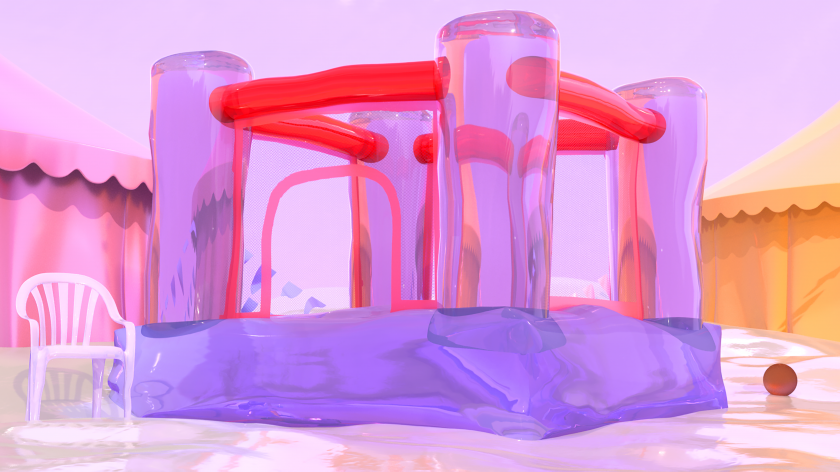 Shot from the point of view of a young child, Rebeka tells Creative Boom that Shimmers “captures scenes of wonder and times when my overactive imagination scared me. The film is told as a stream of consciousness as the viewer explores dreamy scenarios in a world that invites them to reminisce.”

These snapshots include a room where food spillages are being feasted on by a swarm of ants, the nocturnal viewing habits of toys, and a flood that seeps in under a door before submerging an entire room. They’re brief, glittering glimpses into Rebeka’s memories, yet there’s something universal about them that also feels familiar to the viewer’s own formative experiences. 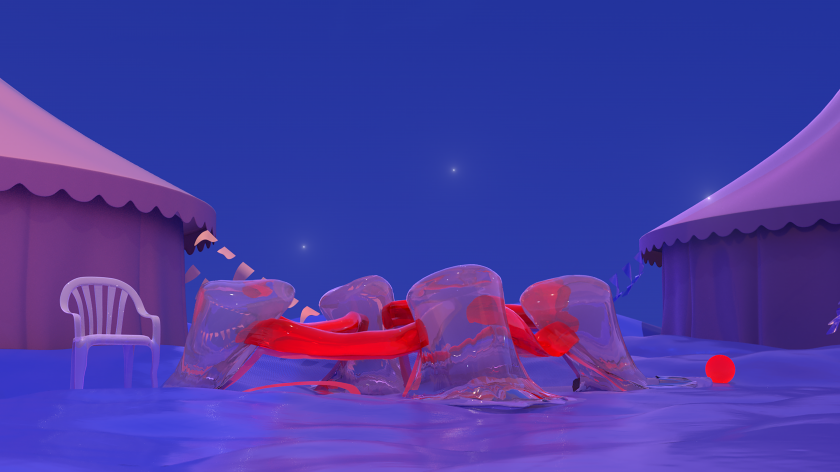 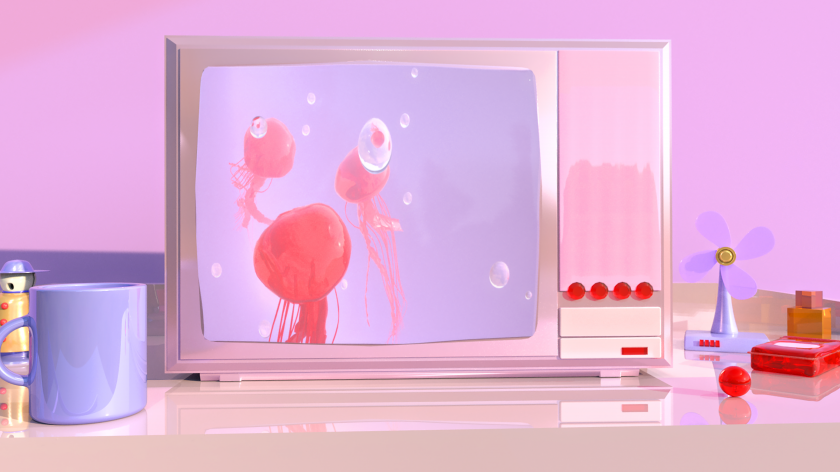 Perhaps it’s the little details that make Shimmers so relatable. We’ve probably all got youthful memories of marvelling at a bouncy castle or shuffling around a bedroom floor strewn with toys. And the lack of another human presence means that Shimmers isn’t exclusively tethered to Rebeka’s experiences.

The dominant pink and purple colour scheme helps to give the world of Shimmers a peaceful, otherworldly feel, which is further enhanced by the soothing, synthy soundtrack courtesy of Meetsysteem. These elements pull together to create a sublime visual representation of those elusive childhood memories nestled away in the recesses of our minds. 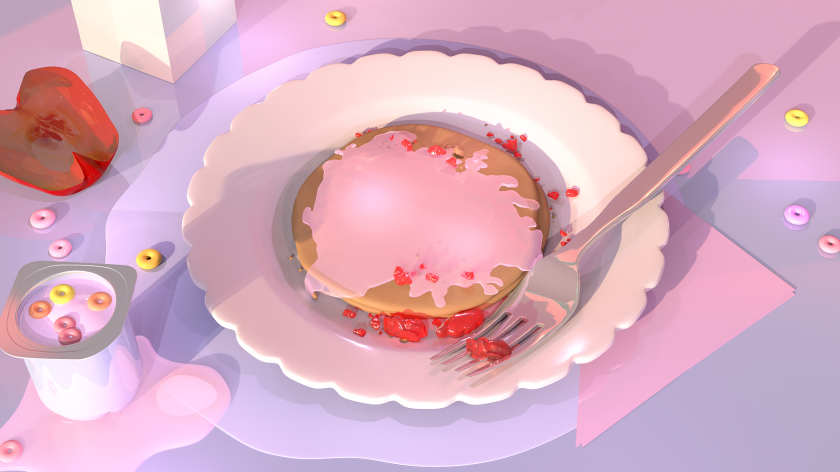 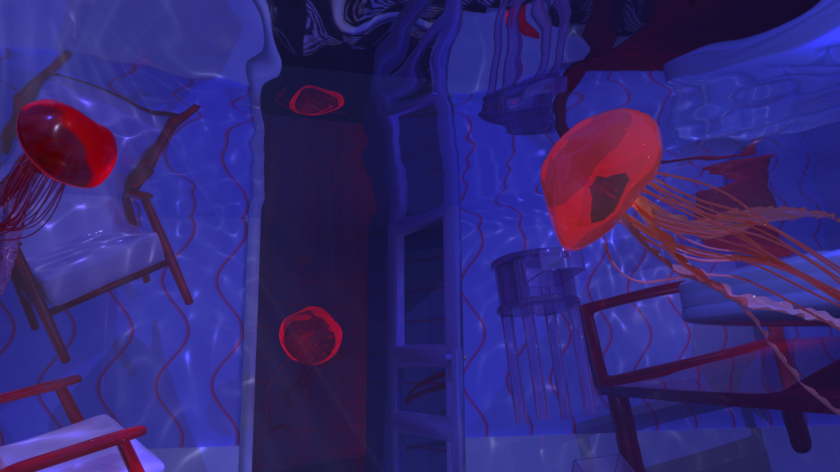 Having previously specialised in 2D art, Rebeka has developed a talent for 3D because it lends itself perfectly to creating dreamy worlds and atmospheres that people get lost in. “My work revolves around the themes of nostalgia, reminiscence, and the mysteries of our lived reality,” she explains.

“By drawing inspiration from everyday occurrences and seeking the magic in the mundane, I hope to transport the viewers into a world of questionable reality where the mysteries and wonders of life are celebrated.”