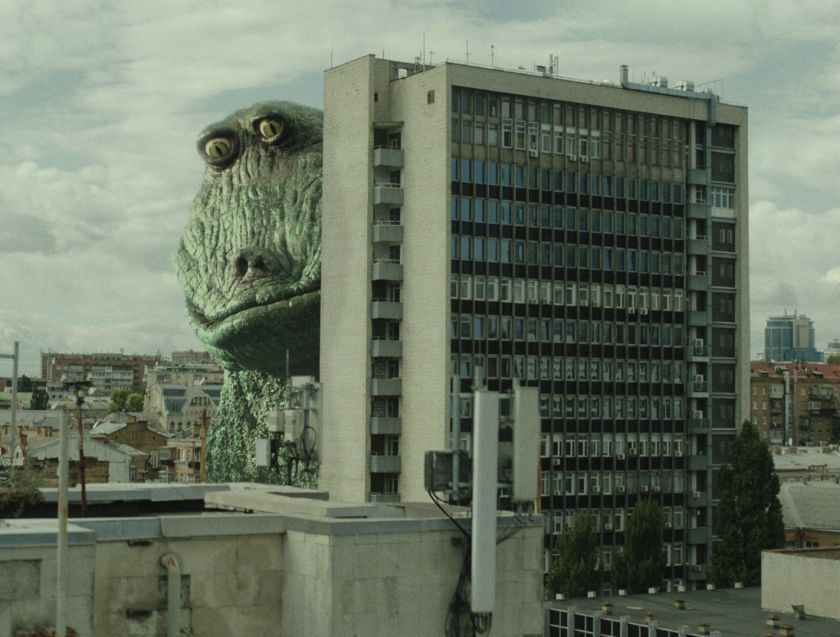 A favourite of the casual-dining scene, Wagamama’s has just become the UK’s first high street restaurant to have half of its menu entirely plant-based. This epic achievement is much-celebrated in a humorous new spot by Uncommon that features a “vegan-righteous” dinosaur that’s angry with the state of the world.

The new film marks Uncommon’s first for Wagamama since its appointment earlier this year. Directed by RiffRaff’s Vedran Rupic and inspired by the Japanese anime genre ‘Kaiju’ meaning ‘strange beast’, it centres around an unlikely protagonist called Vegamama who’s on a mission to right our wrongs and help heal our planet.

It opens with the title, Our Planet is Burning, as we see a modern-day city seemingly polluted with smog and noise. Suddenly, Vegamama bursts dramatically through the tarmac of an abandoned car park and she’s angry at what she sees. “She wants her revenge on the world after all the harm we’ve caused,” explains Uncommon. We then follow the beast on her rampage through the city before the film’s crescendos as Vegamma comically shoots off her bionic arm to explode an off-shore oil rig.

“But all hope is not lost,” adds Uncommon. “Turns out, profound change is possible, but it starts with choices — big and small, to live more sustainably.” As such, the spot cuts to a man on the street, still eating ramen in front of a Wagamama restaurant, surrounded by the chaos and drama, who calmly tells the dinosaur that he “understands her anger but that eating more plants is a powerful way to help out planet”. It’s then that Vegamama gets up and dusts herself off, before taking a large chomp out of a nearby billboard, announcing Wagamama’s brand new 50% plant-based menu.

Although the film is set in modern times, the director, Rupic, took cues from ’50s-’70s cinematography with a saturated colour palette to create a nostalgic feel. And with it set to an original composition by Gustav Jennefors, titled Vegamama’s Theme, there’s an offbeat charm that adds to the ambience. 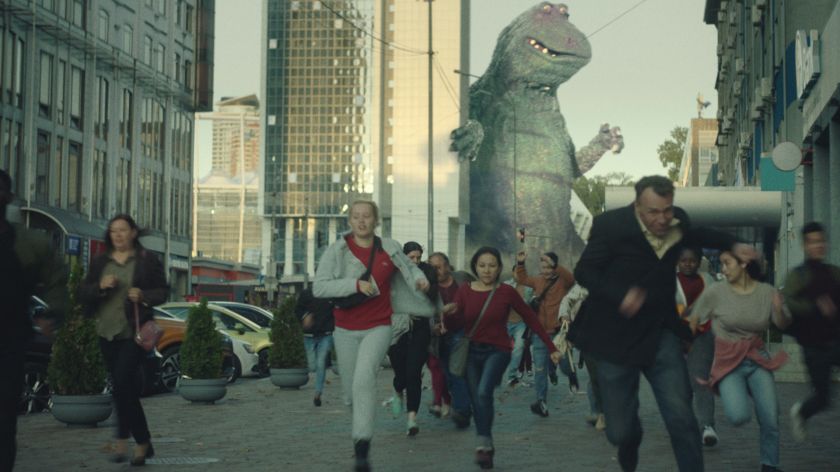 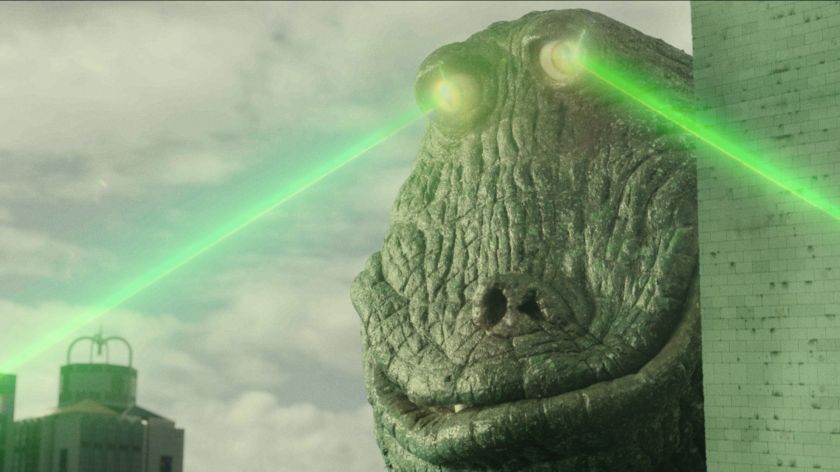 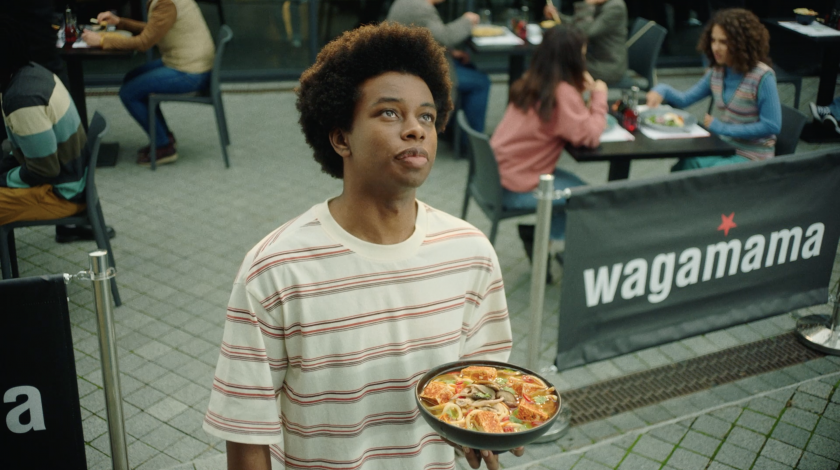 How did the dinosaur come to life? After some initial concepts in Photoshop, the Vegamama suit was modelled in 3D and clay and then crafted using foam and latex, along with clever animatronics to allow face and eye movement. The body was sprayed with latex and sculpted foam to get the authentic Kaiju texture. After the whole body was assembled, Vegamama was spray-painted and worn by an actor.

The campaign will run on TV, cinema, online and social and will be supported by OOH executions later in the year. It’s part of a wider push to encourage us to ‘Eat The World You Want to See’ whether that’s finding a new go-to vegan side or choosing to eat meat-free for half the week. Ahead of the United Nation’s COP26 climate conference on 1 November, Wagamama is also rewarding customers who pledge a small choice for big change by signing up to its . 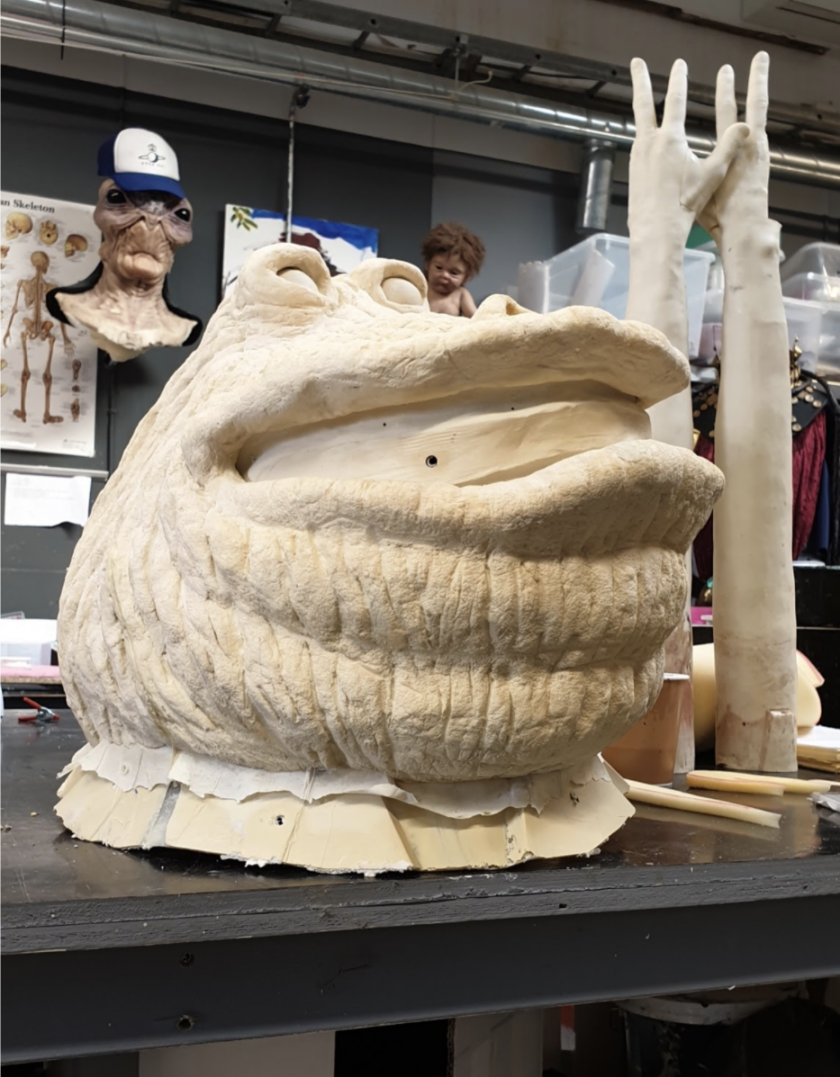 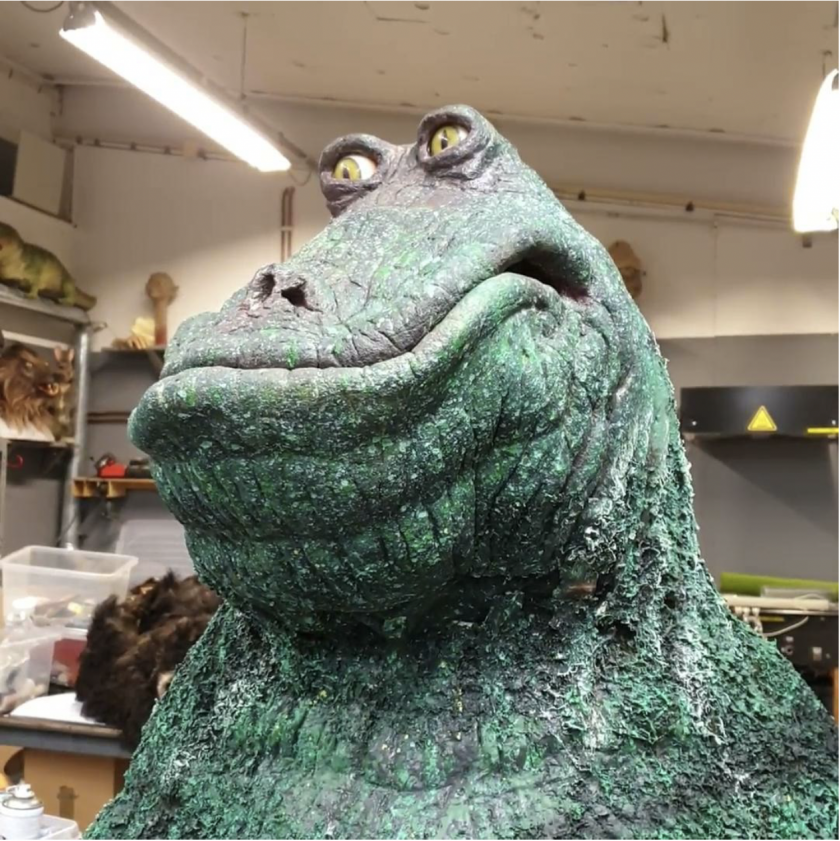