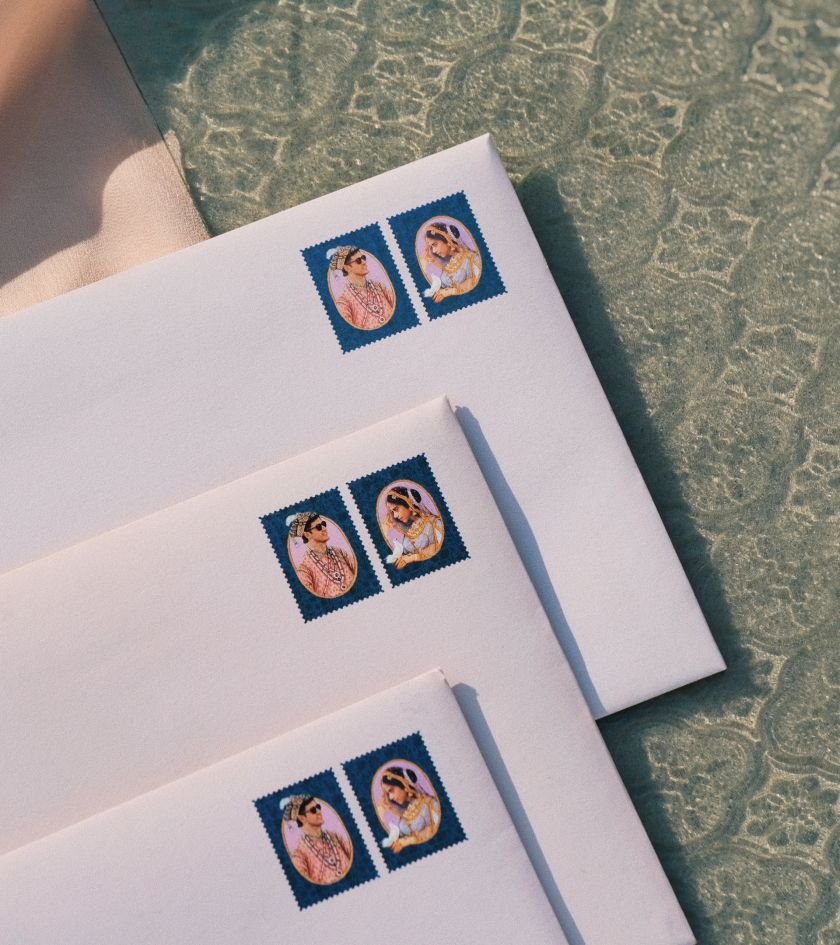 Art director created wedding invites like no other for what would become India’s first Zoom wedding. Bringing together an unlikely pair of influences in the form of Mughal miniature paintings and the dancing from Pulp Fiction, these charming stamps and save the dates show how love can adapt to the hardest of times.

Originally from the Indian city of Chennai but now based in London, Shahina is a multidisciplinary designer whose passion is building brands with purpose and packaging with a conscience. Having moved to the UK capital during the pandemic to co-found the branding studio Actual Friends with her real-life pals Ray and Malak, the innovative invites to her wedding have been considered the company’s first personal project.

Like most people’s plans last year, though, Shahina’s wedding to partner Akbar were blindsided by the pandemic. With the big day scheduled for 23 March 2020 – the day before the world went into lockdown – their wedding plans in the south of India and two days in the north had to be compromised. But that didn’t mean their unique invites would go to waste. 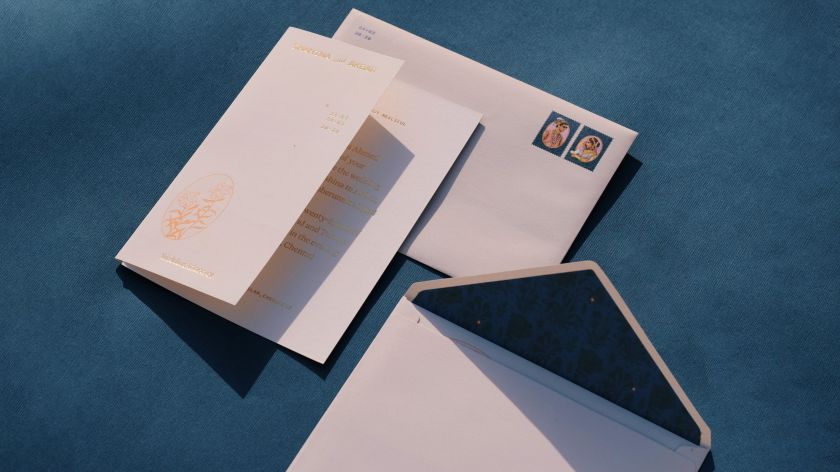 “The theme of the wedding and the invites were inspired by our history and heritage, in particular Mughal miniature paintings,” Shahina tells Creative Boom. “My husband’s name is Akbar (one of the greatest Mughal rulers of India), and there’s a famous love story between Jodha and Akbar that inspired our ‘Save the Date’ invites.”

If you’re unfamiliar with them, Mughal miniature paintings are brightly coloured and highly detailed images that traditionally appeared in manuscripts and art books. Despite being only a couple of inches in size, they pack in a vast amount of information about their subjects thanks to being painted with brushes that sometimes only contain a single hair.

Shahina carried this painterly style over to her invites in a genius way by turning stamps into small portraits of herself and her husband to be. The pair got a stamp each, and when placed on envelopes, they face each other and represent them coming together. It’s such a clever idea it’s surprising we haven’t seen it done before. 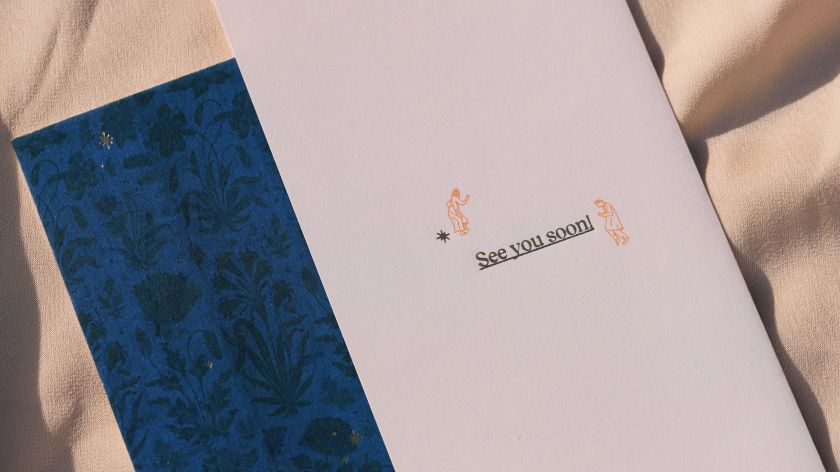 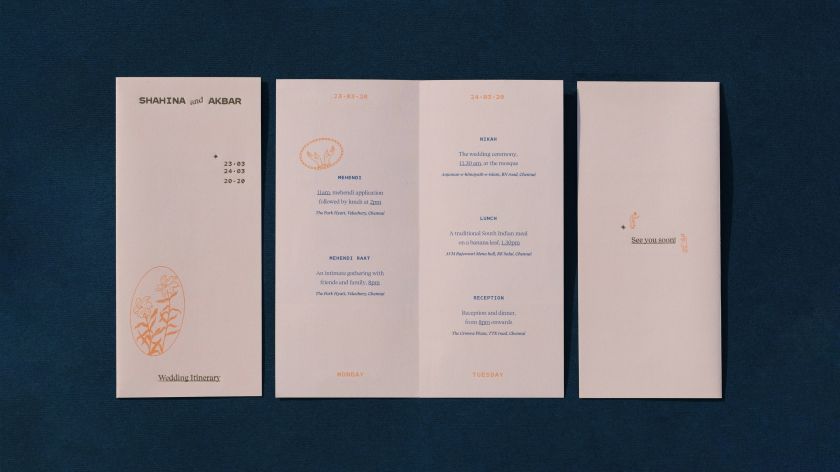 Floral details accompany the portraits, and for her website, Shahina went one step further by creating an animation that nods to the famous dancing scene from Pulp Fiction. To make the dance-off more suitable for their wedding, the characters were decked out in more traditional Indian clothing. “We later realised that the scene had the most uncannily appropriate lyrics: C’est la vie, say the old folks, it goes to show you can never tell.”

With all this hard work in place, it was understandably worrying when Covid started to ground flights, and international travel became impossible. At one point, the pair were worried that Akbar would be unable to make the trip from London to attend his own wedding, so they decided to have a small ceremony at home instead of the epic journey they originally envisaged. New plans mean new invites, complete with clever ‘Save the Update’ graphics where the miniature portraits are wearing face masks. 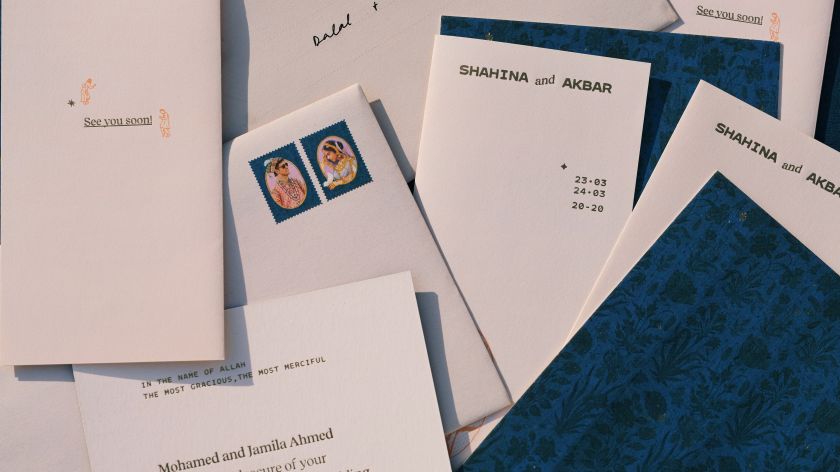 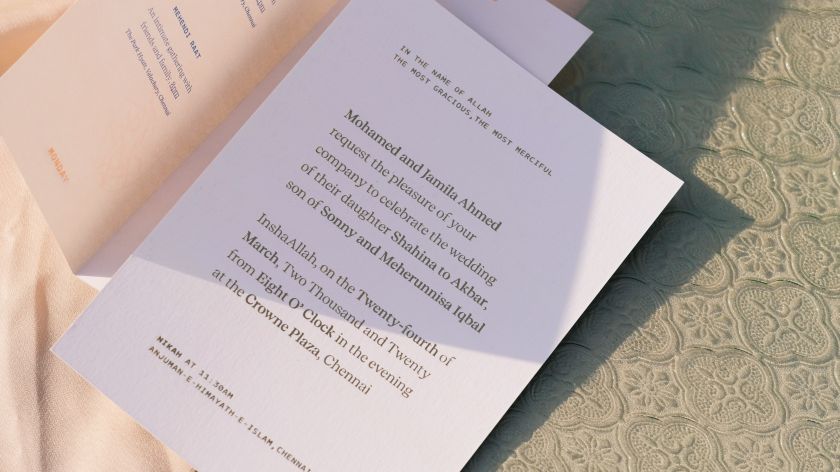 “The actual day was unforgettable,” says Shahina. “We were meant to get married in the evening but then found out that the government offices were about to shut indefinitely from 3pm, so we had to do it within the hour.

“We managed to get some of our family and friends on Zoom and had the first Zoom wedding in India at a time when not many people knew how to use the software (it caused absolute chaos). With the pixels and glitches perfectly captured and sewn together, we created an AV souvenir that ties in the chaos, creativity, and tri-continental joy of a pandemic wedding. You can .”