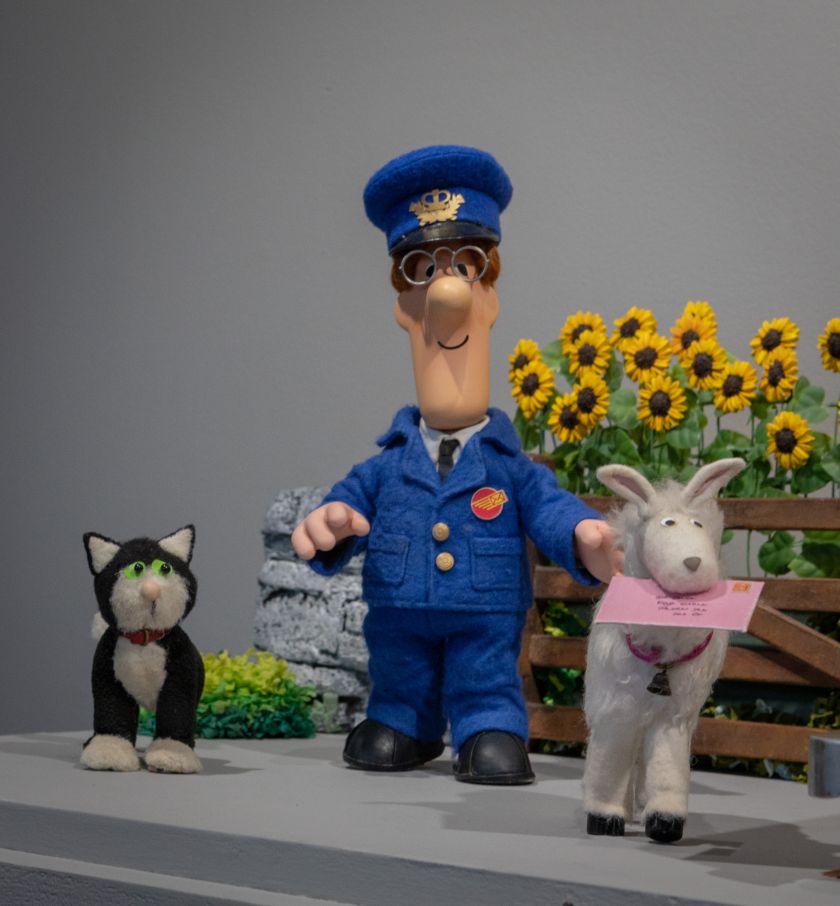 Pat thinks he’s a really happy man, as the theme tune from the animated TV series Postman Pat goes. But the latest exhibition from Trafford’s arts venue is sure to make even his smile grow broader as it features items from the series on display for the very first time in Greater Manchester.

Running until 8 January 2022, marks 40 years since the popular postman began his adventures on our screens. And to celebrate, this exhibition showcases handmade sets and characters from the series in all their glory, including Pat’s famous red van and his trusty black and white cat, Jess.

Also on display are characters and settings that will be instantly familiar to generations of viewers, such as Greendale residents like Mrs Goggins, plus the village’s school, Pat’s cottage and the Pencaster Square. Available to view at the Waterside’s Lauriston Gallery, they are a perfect showcase of skill, beauty and craft from a bygone era of television. 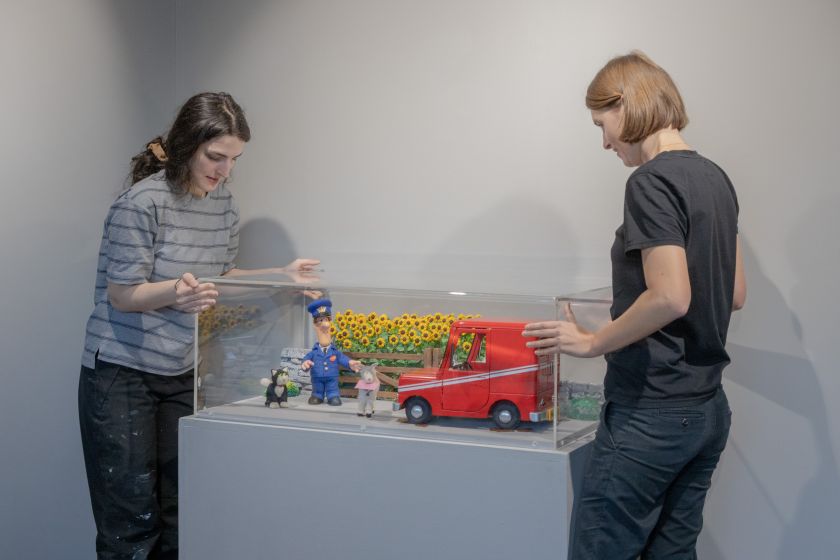 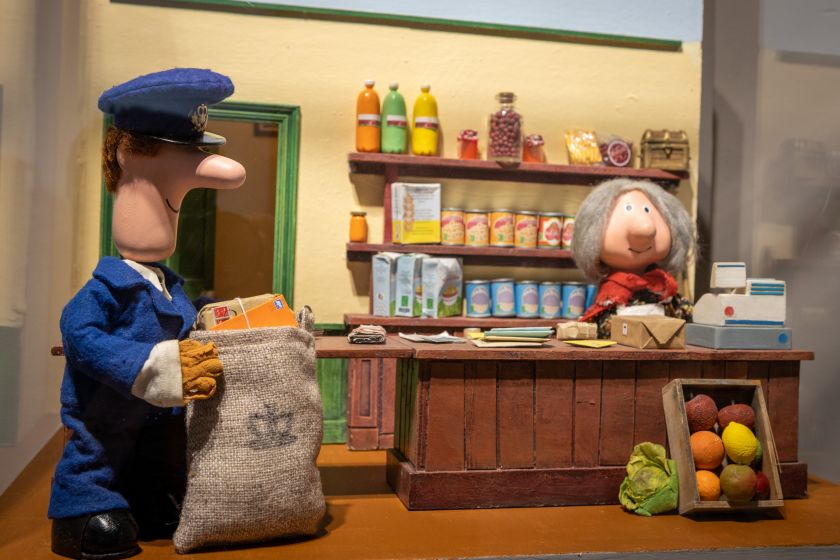 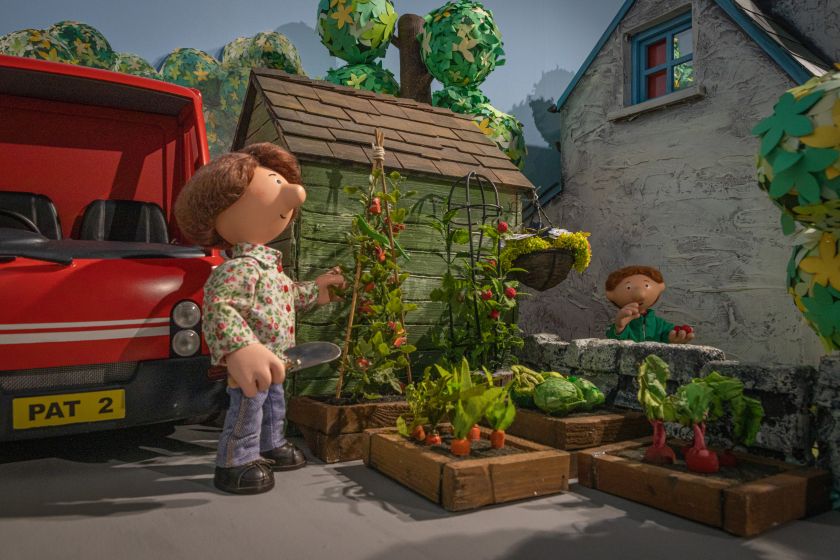 As well as being a timely celebration of a famous piece of television history, Welcome to Greendale has saved these items from potential destruction. With the most recent series of Postman Pat having finished production at Mackinnon & Saunders studio in Altrincham, the animation company’s joint CEO Pete Saunders revealed that the beautiful sets were carefully packed and moved into a storage facility in Stalybridge.

“But the iconic village of Greendale was served notice this year,” he explains. “No longer required for filming, all the models were to be destroyed unless a new home could be found for them.

“When Mackinnon & Saunders became aware of the perilous situation, I contacted the Cosgrove Hall Films Archive at Waterside to ask whether their animation archive could come to Greendale’s rescue.
The teams at Waterside and Trafford Council immediately offered to help, and, thanks to their hard work and dedication, many of the models featured in this uniquely British piece of popular culture have been saved for future generations to enjoy.” 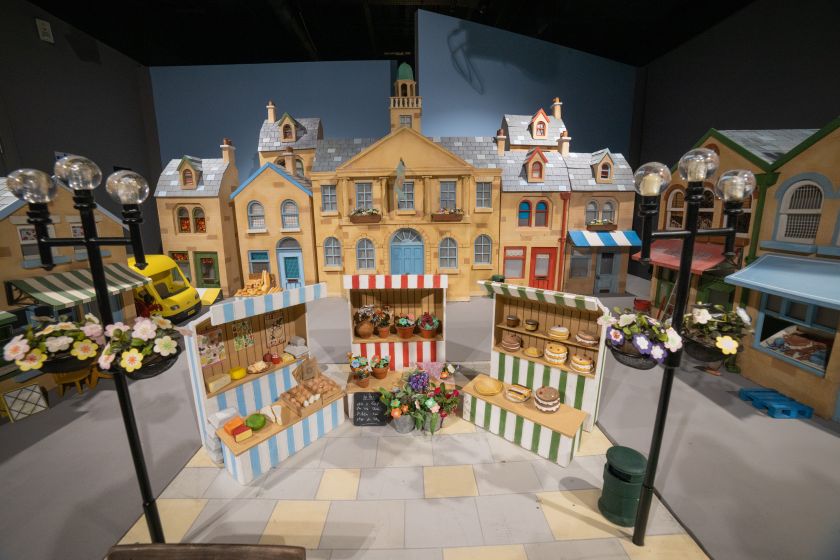 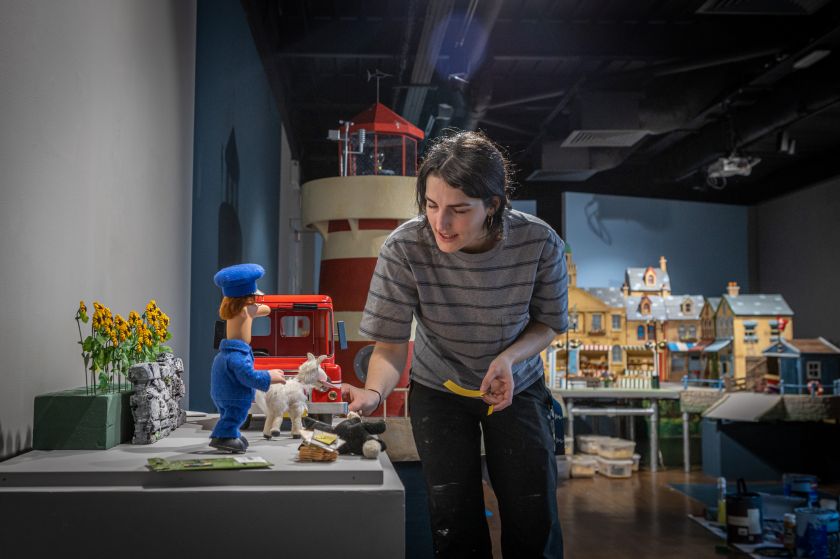 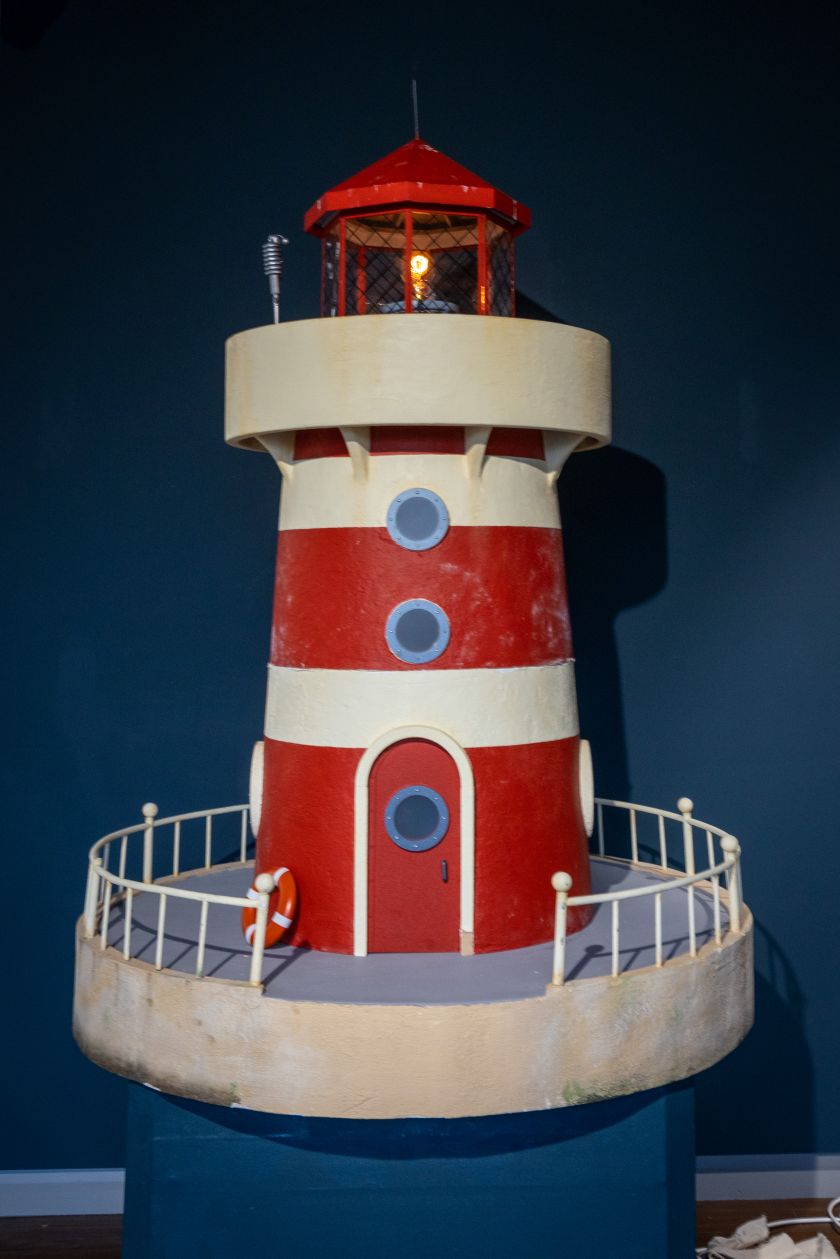 Talk about special deliverance. According to Creative Industries Trafford Co-ordinator Richard Evans, they were more than keen to come to the rescue of such a popular and enduring series. “We were so thrilled when, back in the spring of this year, we were contacted by Peter at Mackinnon & Saunders asking if we could possibly accommodate these stunning sets from Postman Pat,” he revels.

“Peter and a number of his team had worked on the show when it was redeveloped by Cosgrove Hall Films. As we already had some puppets from the show in the archive and the sets were due to be destroyed as they could no longer be stored at Take 1 Studios in Stalybridge – we just jumped at the chance to be the new custodians.”

Following a meeting with the rights’ holders for Postman Pat, which includes Dreamworks and NBC Universal, it was happily agreed that the sets and props could be displayed and preserved in their archive.

Richard adds: “Knowing how much loved this television series was and still is, and how beautifully preserved many of these sets have been, we have created this exhibition especially to share these rarely seen sets, puppets and props with the shows’ fans – both big and small.” 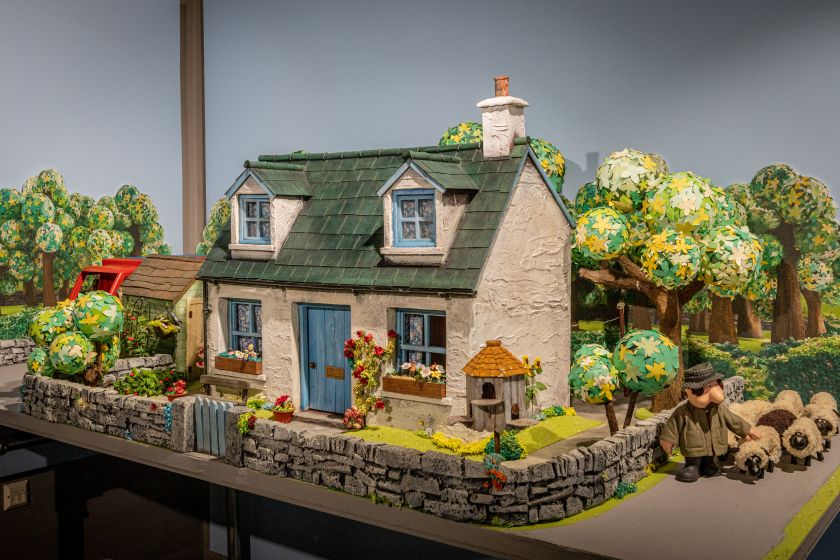 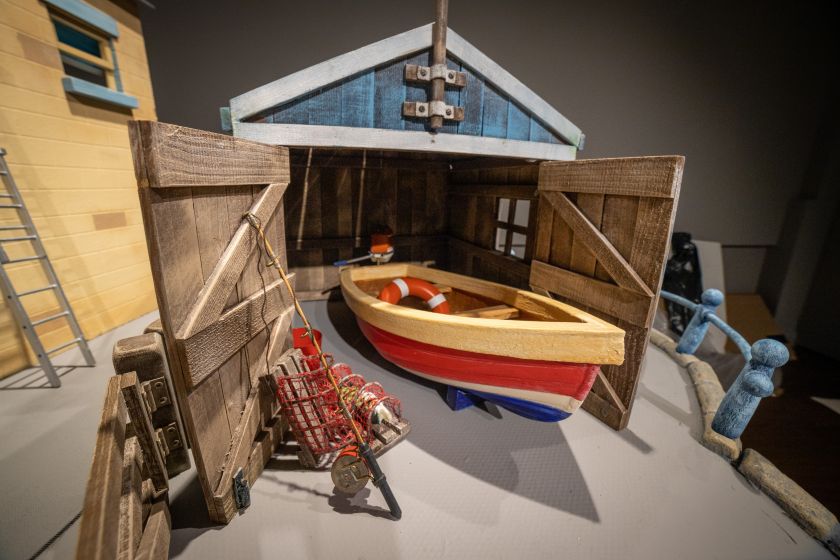 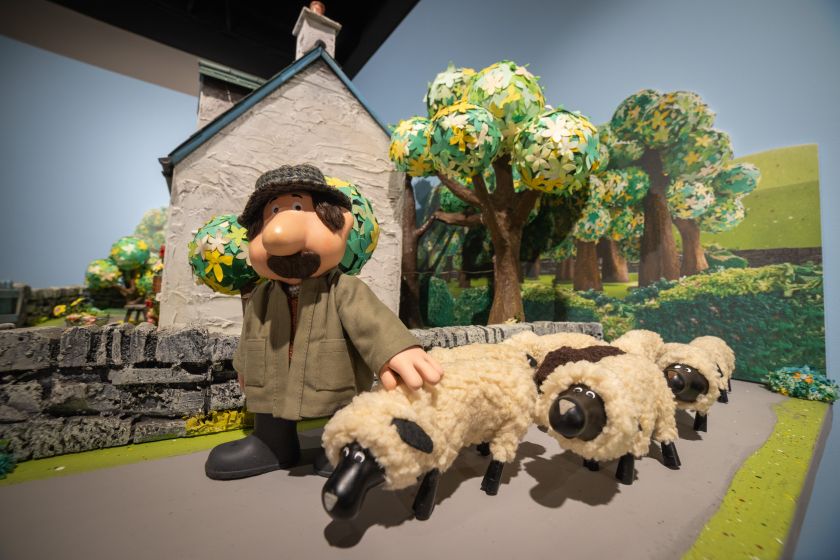 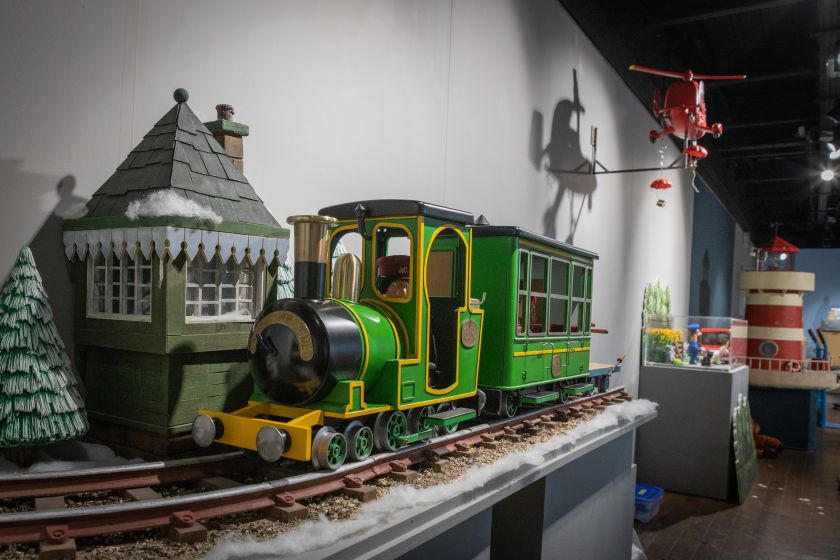 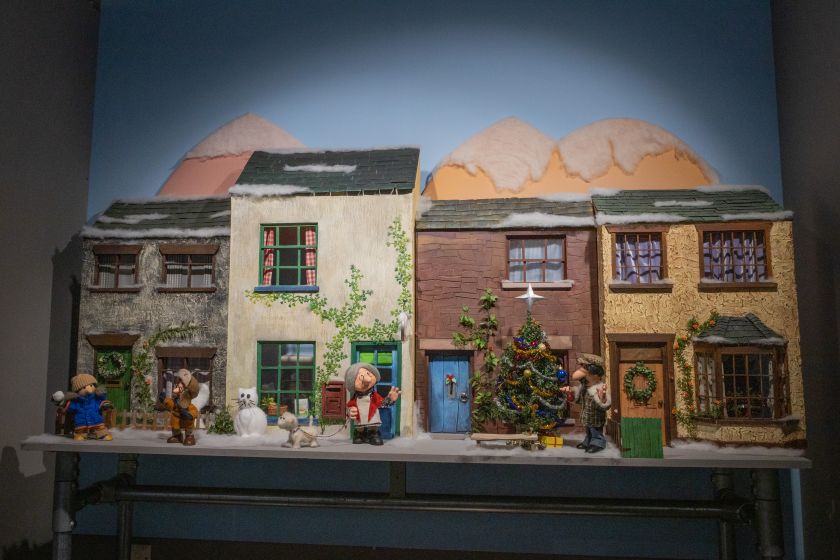