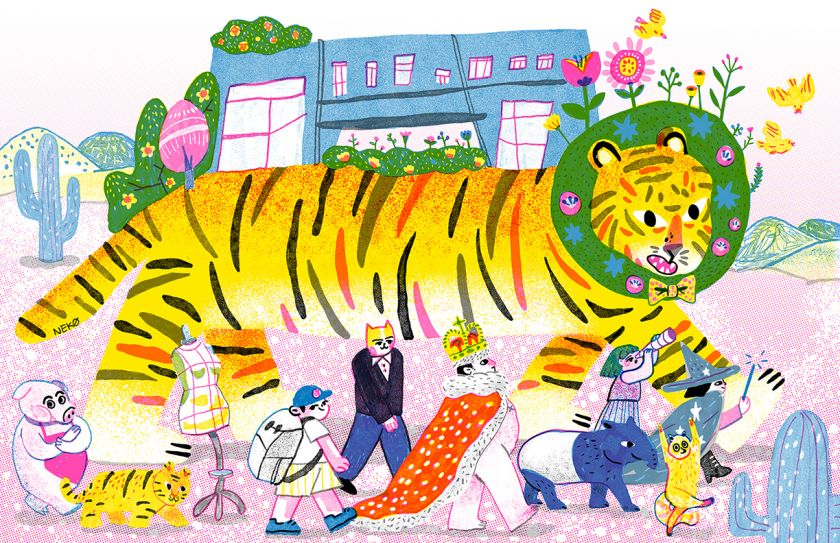 Freelance New York-based illustrator has developed a bold and adorable style to engage viewers with. Described by a friend as ‘NEKO’ World, the artist hopes her aesthetic will create a closer connection between her work and her audience.

Art and stories have always come naturally to Neko. Having started out at the age of 10 by writing and illustrating novels based on her friends, she went on to study animation and illustration, and even created a zine inspired by her move from Chengdu to New York City. “It wasn’t until I took an illustration class that I realised illustration was a more direct and diverse form for me to express myself,” she tells Creative Boom.

When it comes to describing ‘NEKO’ Word, she tells us: “It’s like I’m the creator of a world where I can decide how the characters look. I can add personality to them and create the stories behind them. However, what I think of as ‘NEKO’ World is more like a giant library of personal experiences, emotions, sensations and little things in life that I fuse with my style into my personal works.” 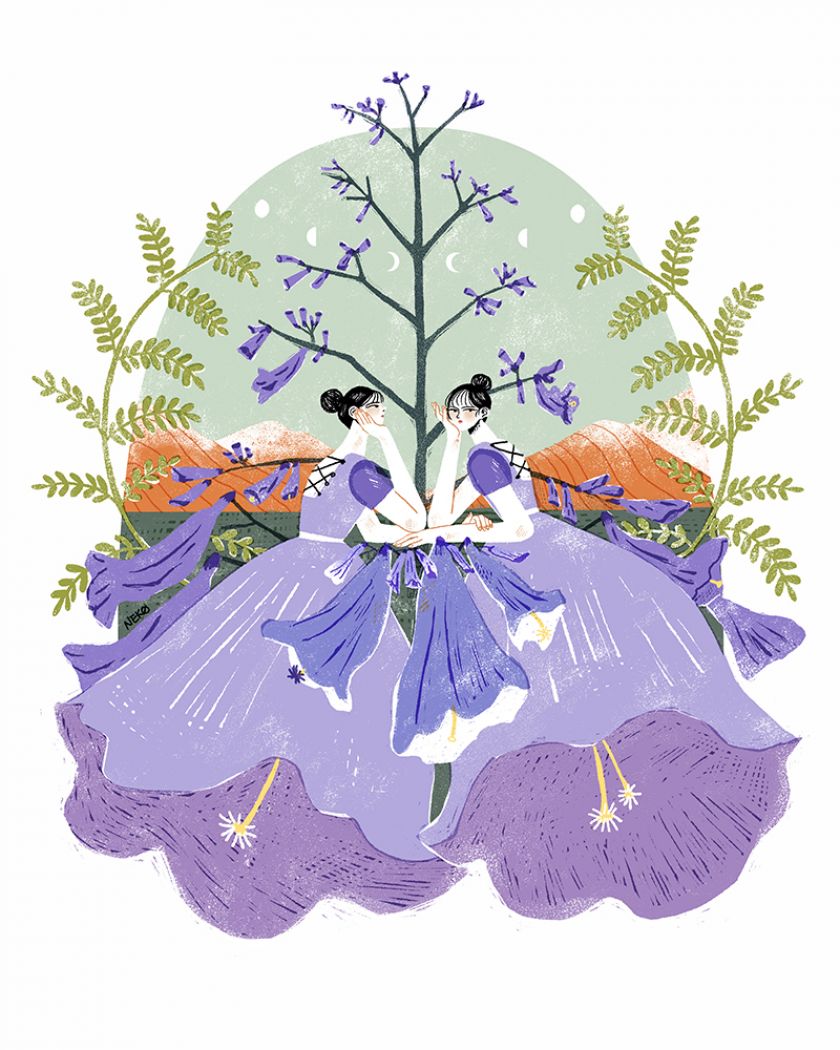 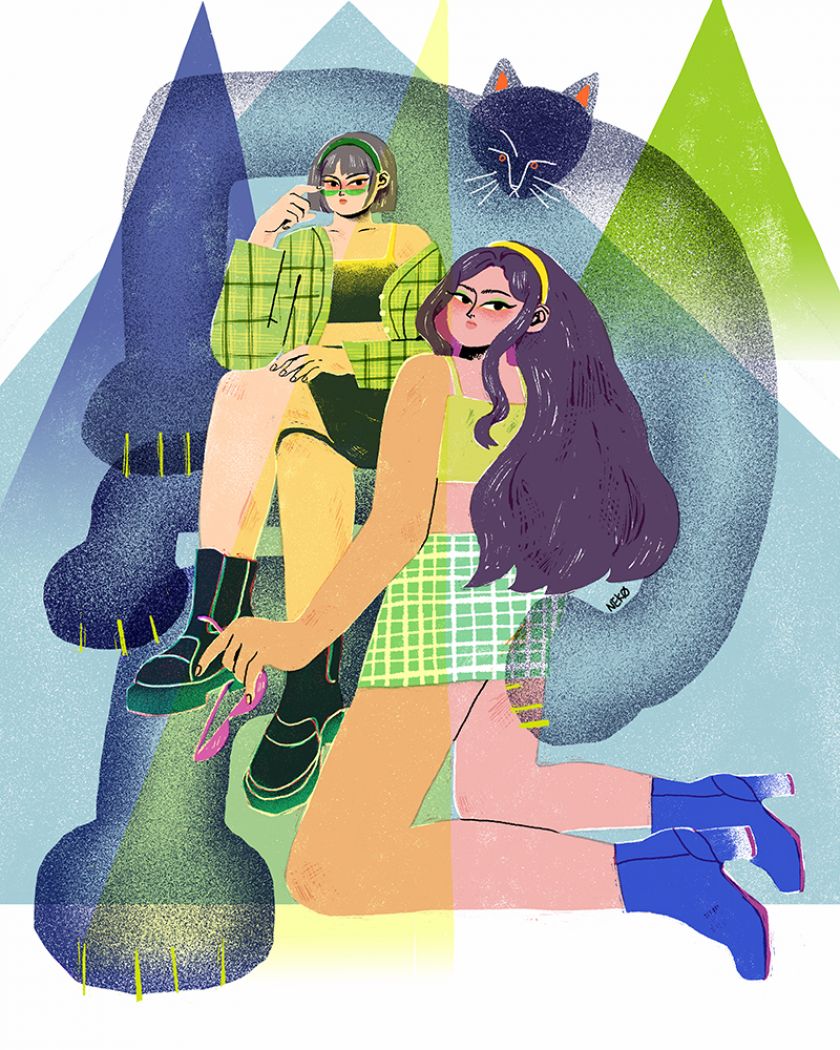 Drawing on a variety of personal and professional influences, ‘NEKO’ World is a constantly growing and evolving style. At one time it was very organic and centred around pencil drawings and paper cuttings. Recently though her illustrations have become more digital, and accompanied by bold and rich colours. “My creative themes have become more focused on the inspirational moments in my life and my emotions” she reveals.

A perfect example how significant moments have shaped Neko’s work came during last year’s quarantine. Watering plants and watching new shoots sprout were some of her happiest moments as the lockdown dragged on. “Keeping plants has greatly relieved my anxiety and depression during the pandemic, so I decided to create a series of illustrations about them. 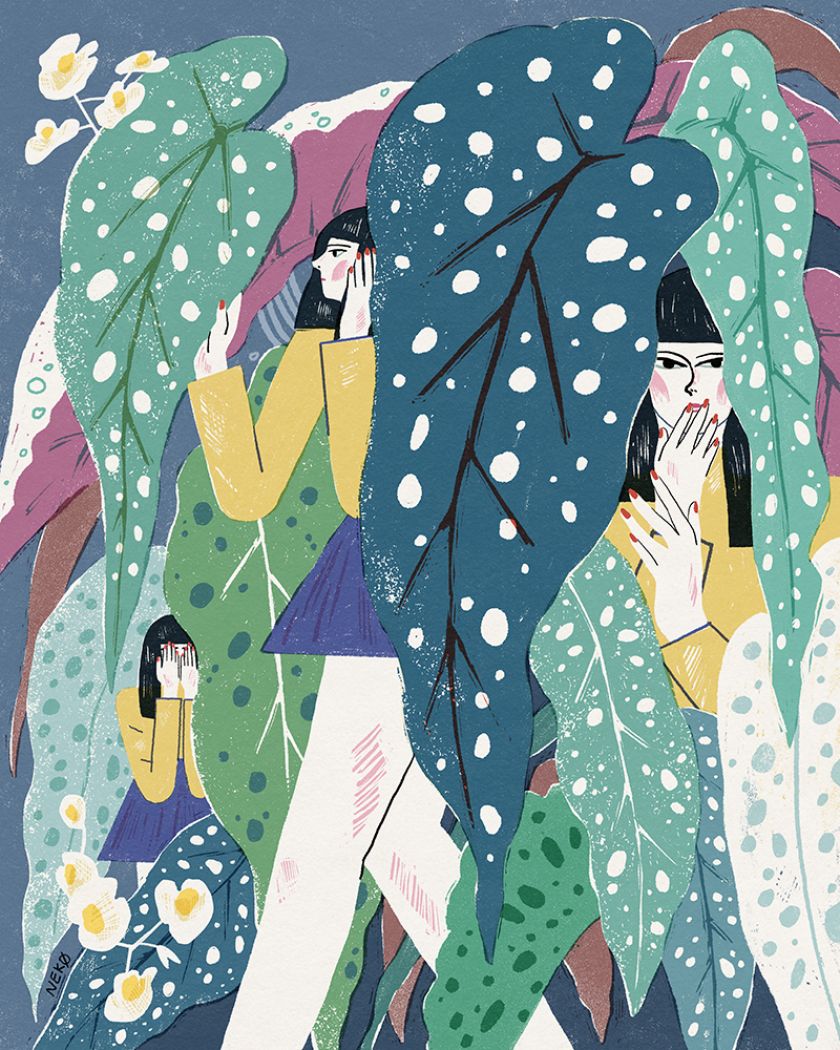 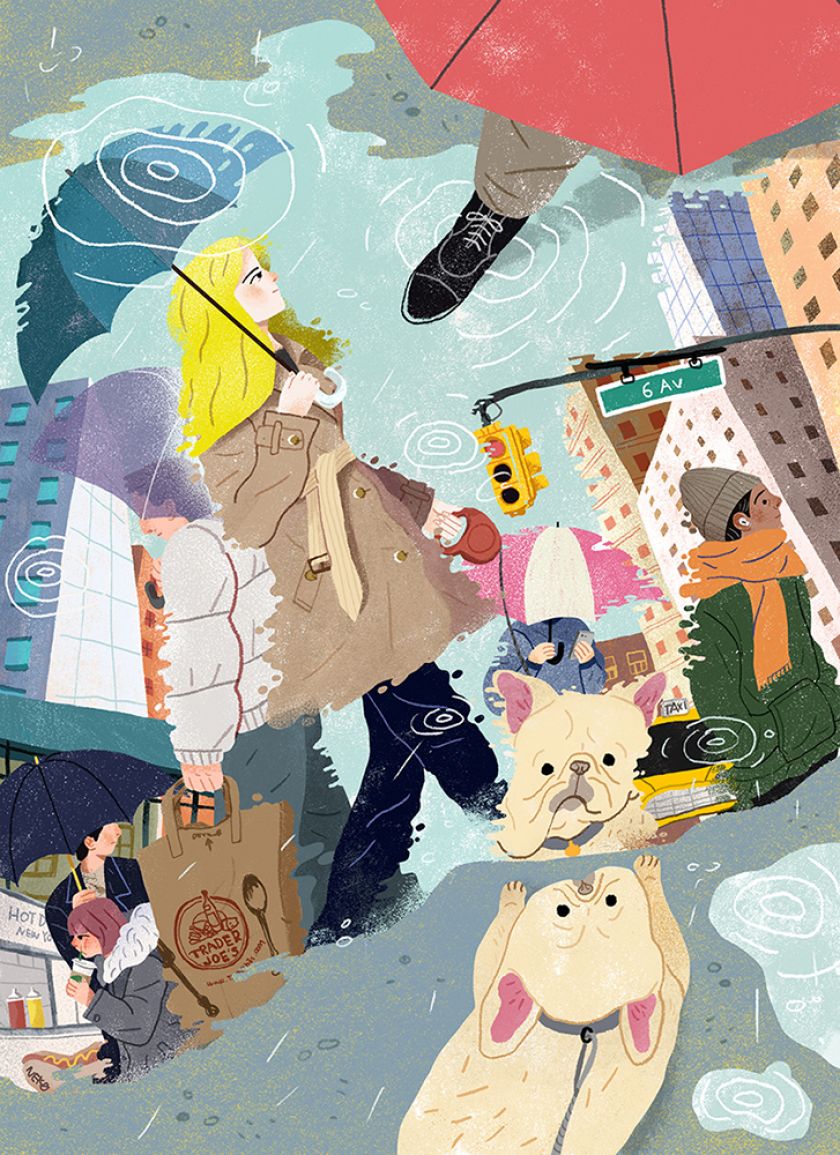 “The main elements I wanted to focus on were the collision of different plants and the emotions of the girls. The theme ideas I wanted to express were confusion, struggle, self-doubt and self-talk. These are the emotions that disturbed me the most at that time.

“When I created this project, I tried to make stylistic changes in order to break out of my comfort zone. I experimented with printmaking textures, and the girl characters I created were a bit more mature compared to the characters I had created in the past. I was satisfied with the finished look, and although it was just the beginning of my breakthrough, I believe that I will continue to develop the
style.” 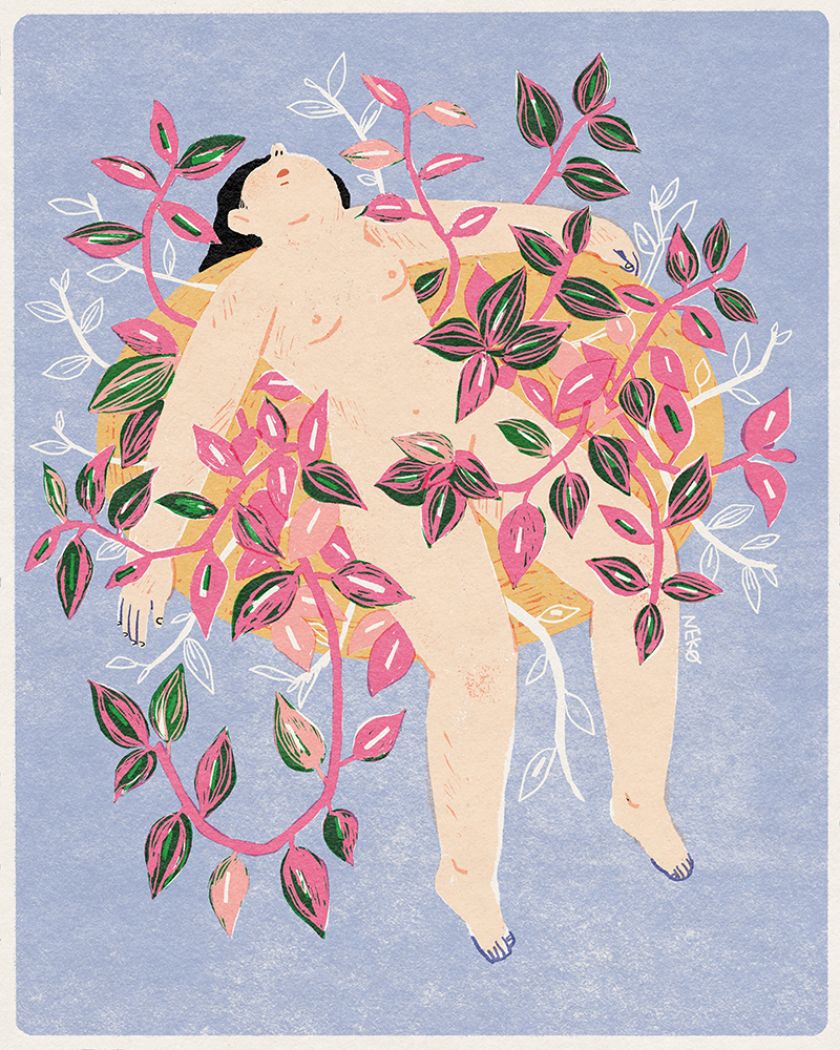 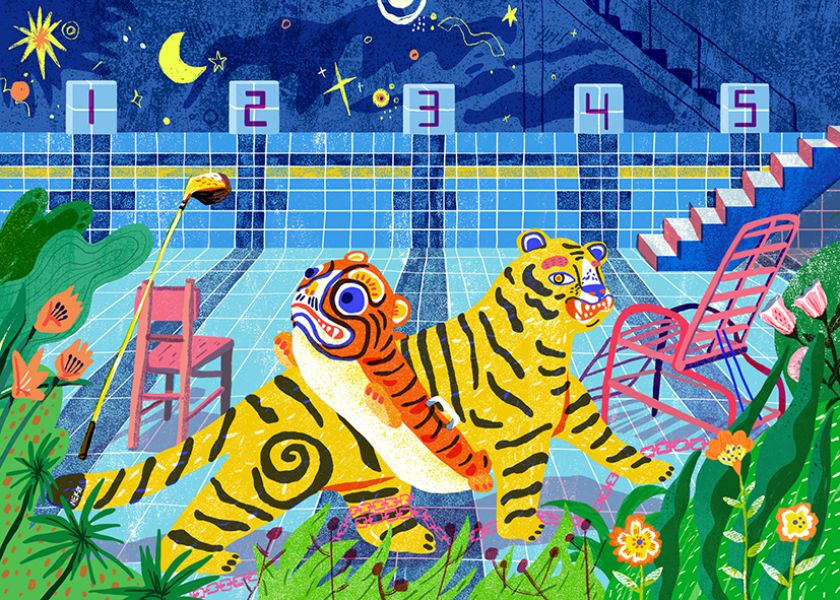